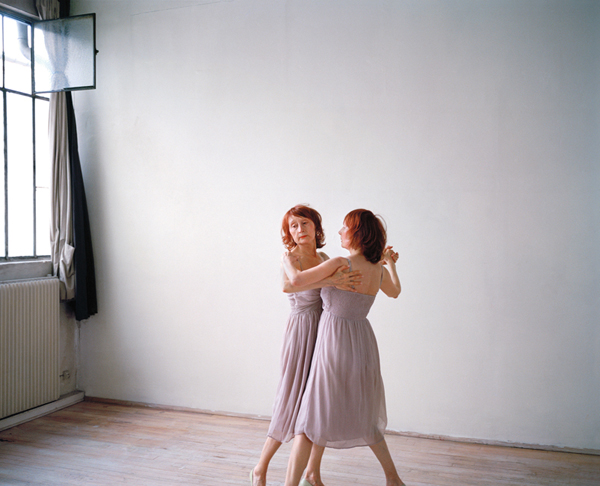 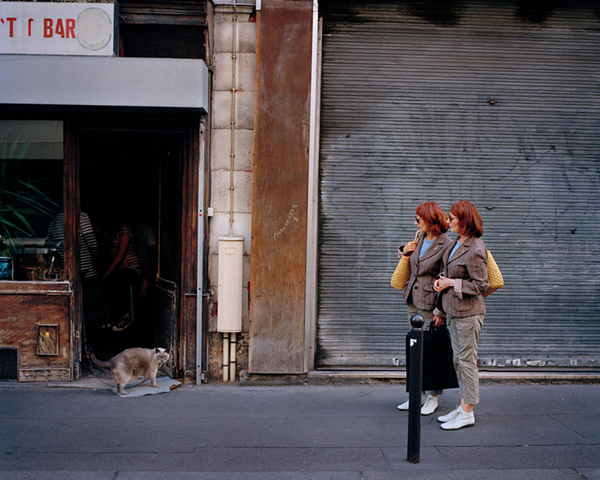 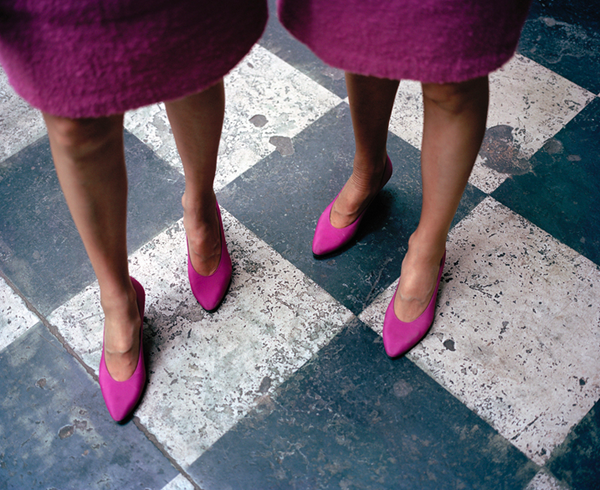 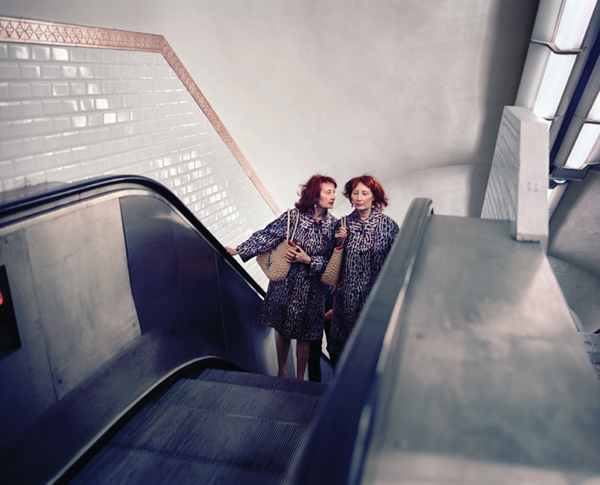 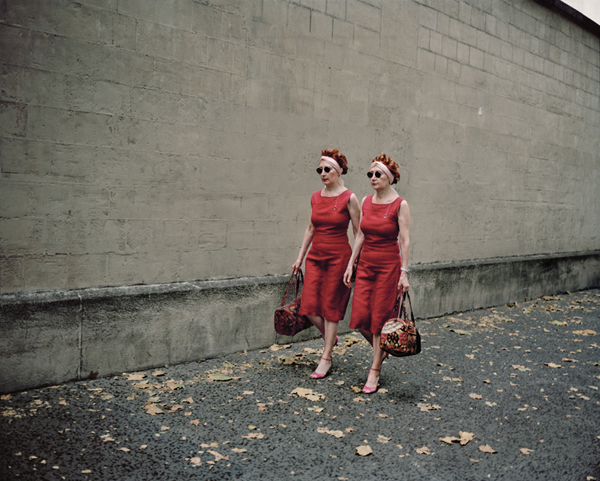 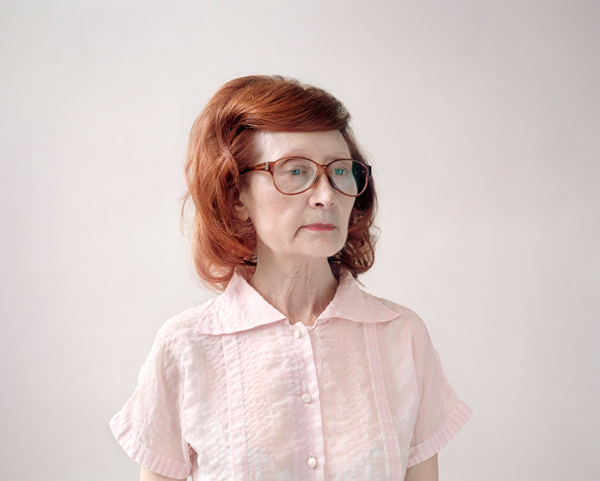 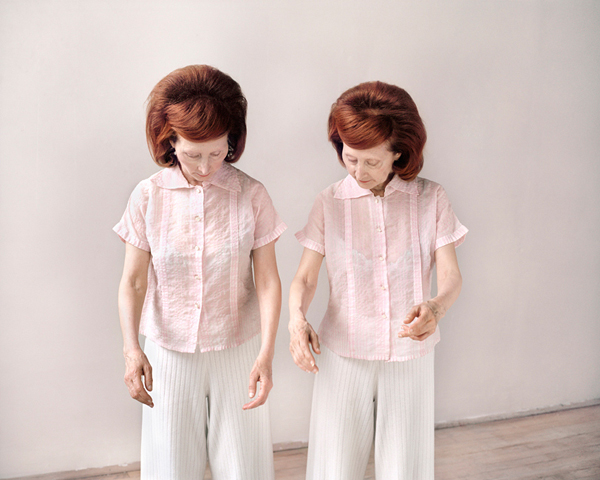 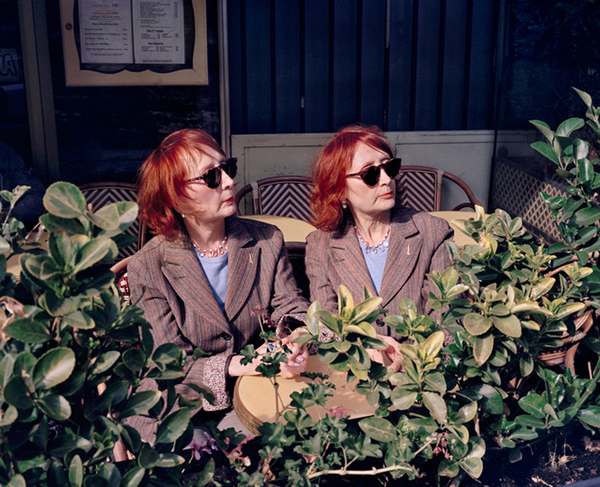 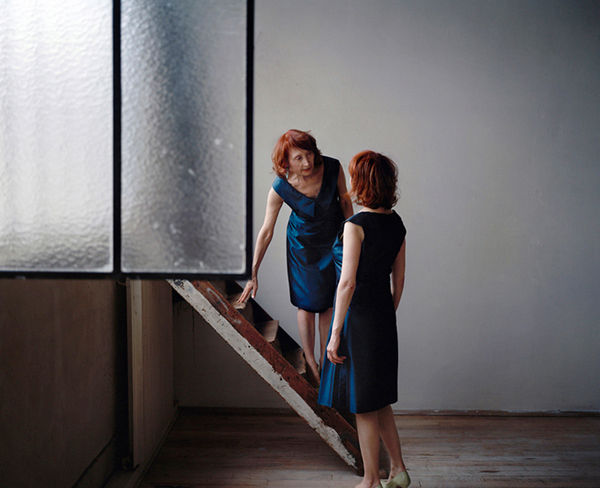 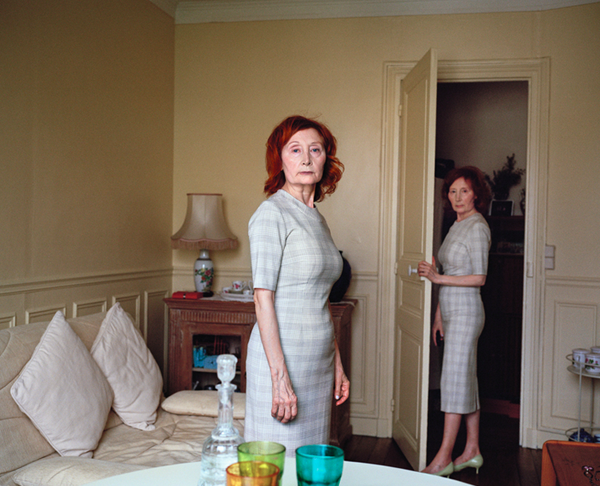 Interested in the symbiotic relationship between Monette and Mady, identical twins from Paris, photographer Maja Daniels has undertaken a poignant project that documents the quieter moments of the sister’s lives alongside their love of performance.

Identical twins generally have a unique relationship that is often confronted by questions of identity and intimacy. Monette and Mady have never married or had children, they have performed together all of their lives, acting, dancing and modeling. Always wearing the same outfits, eating identical portions of the same food and unsurprisingly finishing each other’s sentences. They refer to themselves as a collective ‘I’ rather than ‘we.’

Their presence in front of the camera is striking, not just aesthetically by means of their red hair and classic Parisian style. The staged images in the series are assisted by the subject’s background in performance, their movements fluidly in sync. However the two ladies also retain this alluring aura, which is so intriguing and original in the more understated photographs of their daily routines.

Maja Daniels states that the images prompt a certain questioning for their audiences, asking “is that the same person twice?” Inherently this is key to the work and arguably the most compelling element of the work; the notion of Monette and Mady’s duality and how this is so different to our own general experiences of individuality. Whilst it is common for us to wish to seek a partner in life with whom we can share our experiences, this may take years for us to find if indeed at all. However Monette & Mady were born together and have experienced the whole of their lives seemingly acting as a mirror to the other.

Daniels plans to continue this project, working with Monette and Mady as they grow older, documenting the complex issues that surround being an indentical twin, in addition to those that accompany our perceptions of ageing.