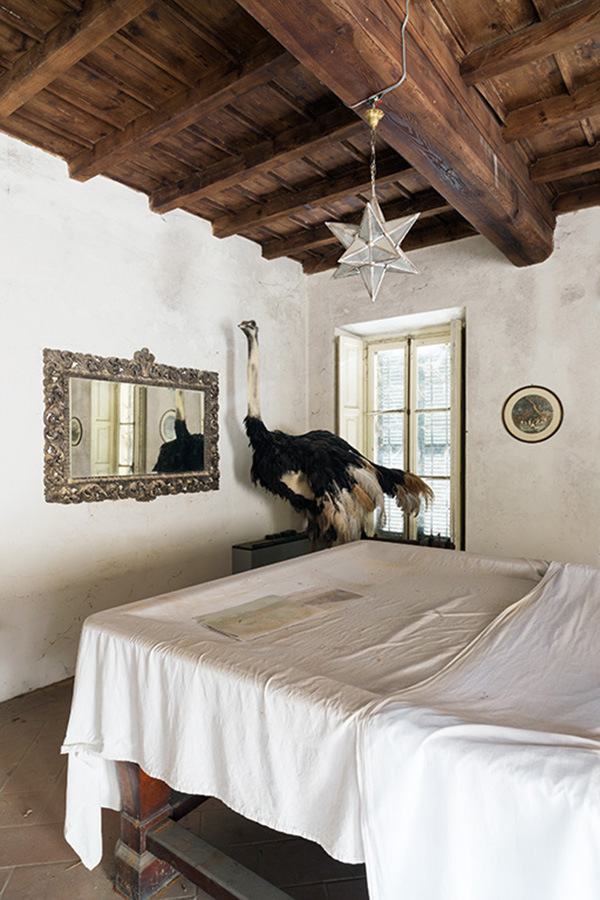 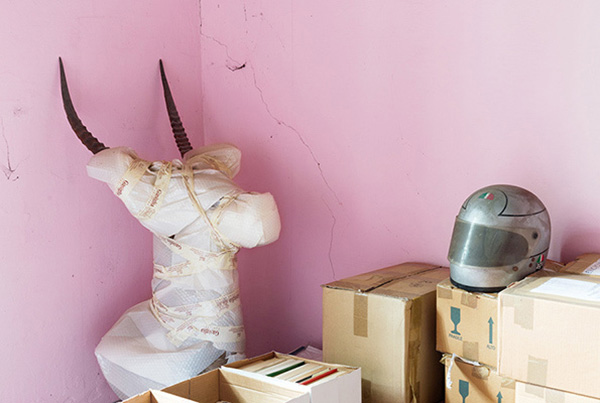 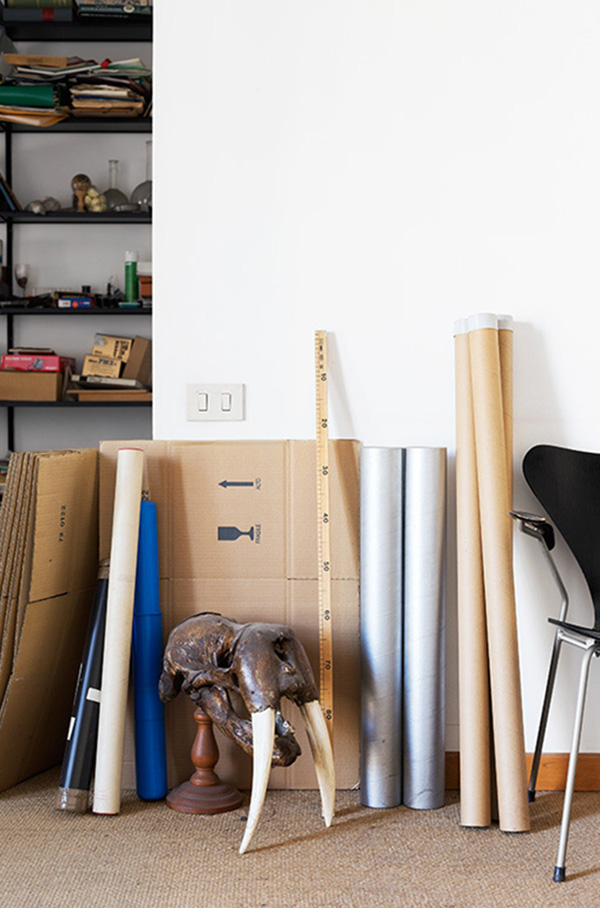 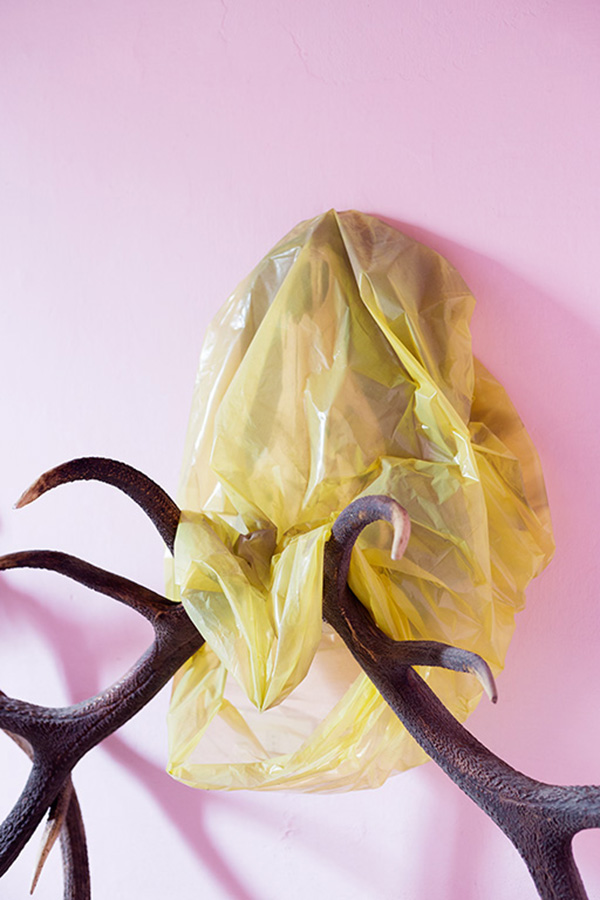 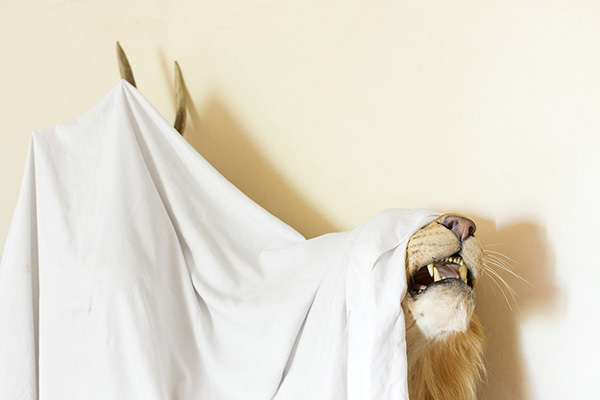 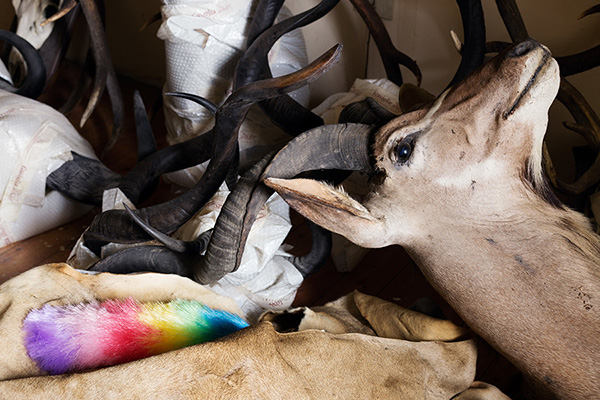 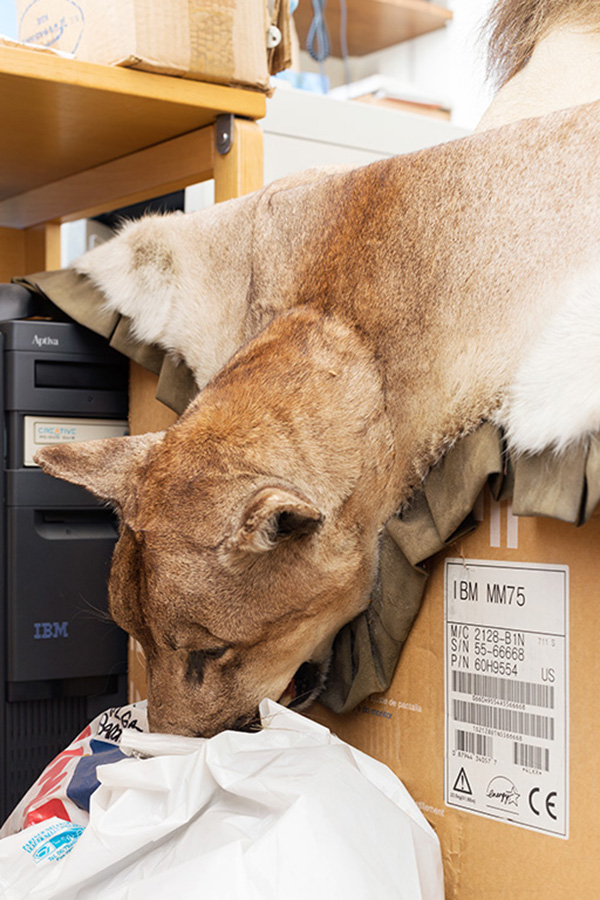 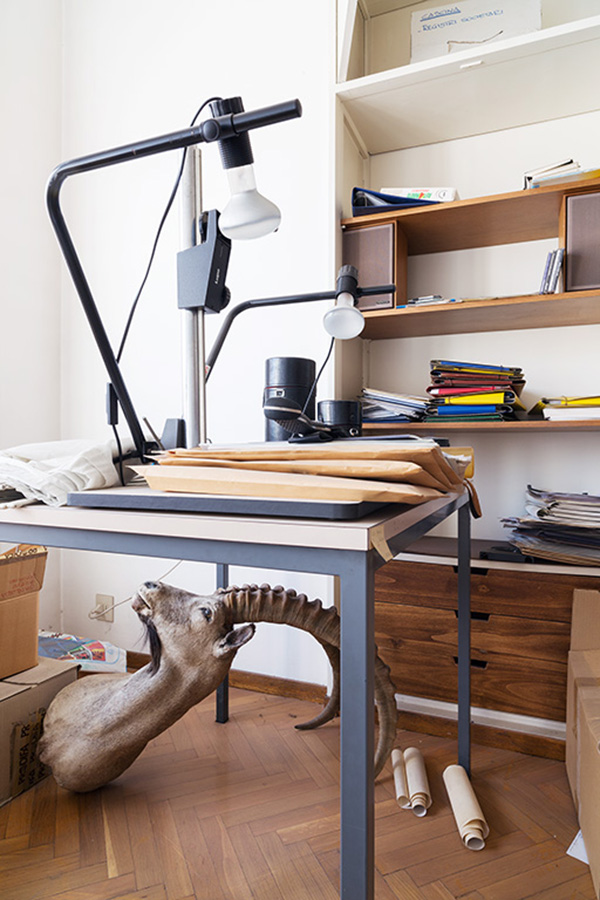 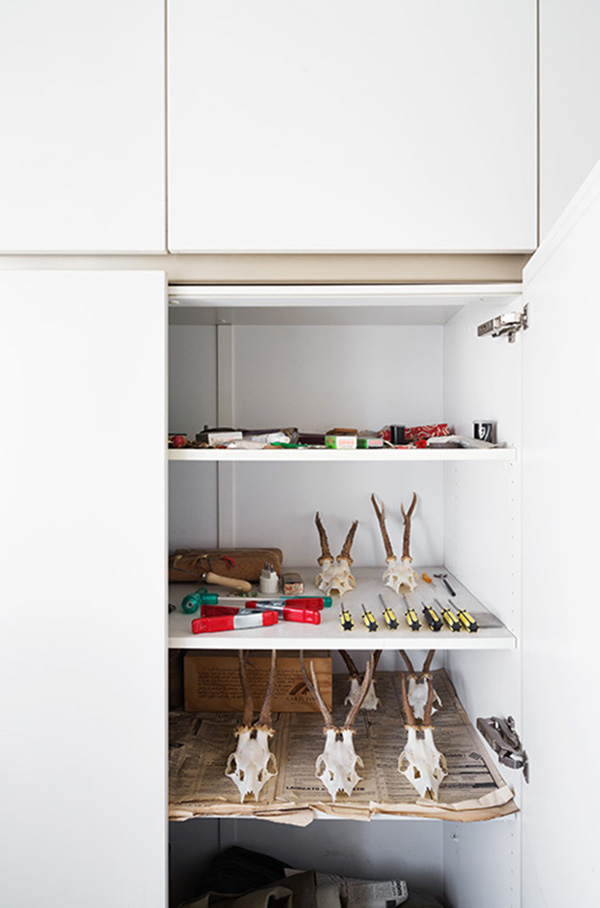 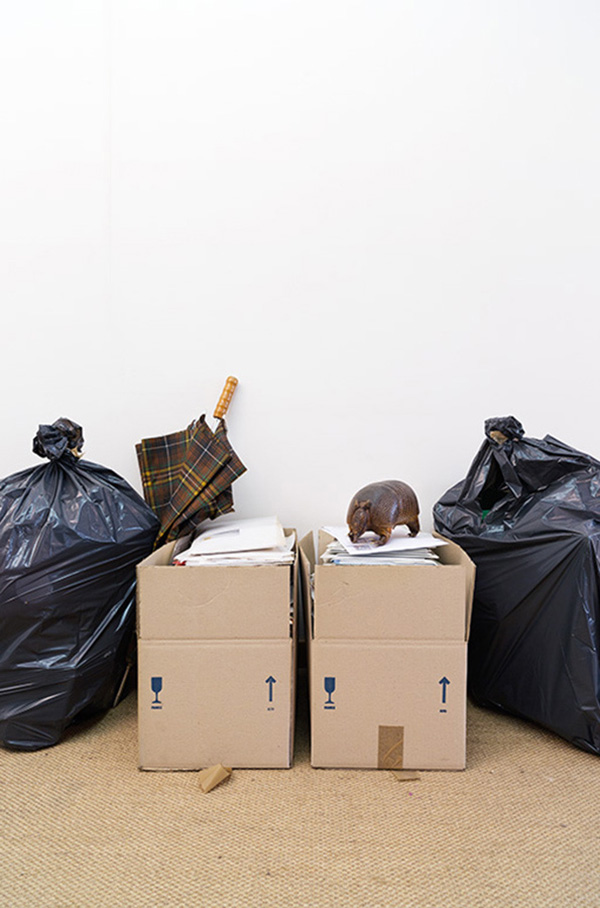 Since the 16th Century collectors, scientists and enthusiasts have displayed rarities and unusual objects in cabinets of curiosities for both public and private audiences for their collective enjoyment. However photographer Louis de Belle discovered in an untidy apartment in Milan the ‘forgotten’ items that had not yet made their way to their official home within the intended Wunderkammer (which translates as wonder chamber). These exotic items from long-ago safari trips had been abandoned to forgotten storage rooms left in discordant surroundings in a seemingly haphazard manner.

Their placement in amongst general office ware, unprotected on top of industrial scanners and under unused desks, creates for surreal and bizzare settings. Or as de Belle states: “It looked like an unprepared exhibition, yet a visually eloquent one. And as such, it deserved to be revealed.“