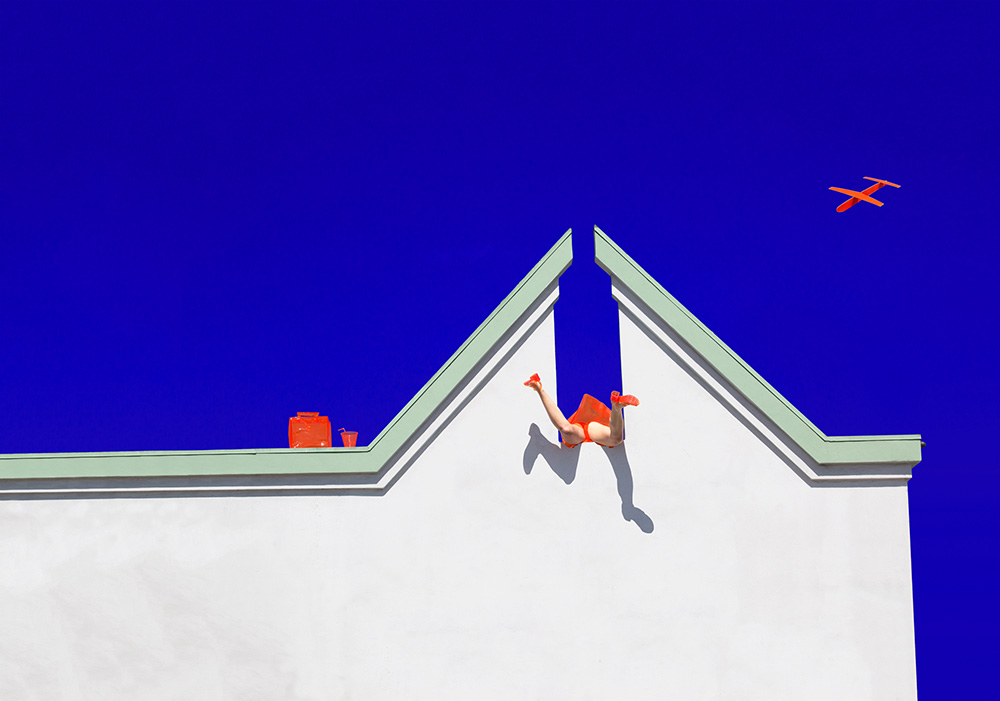 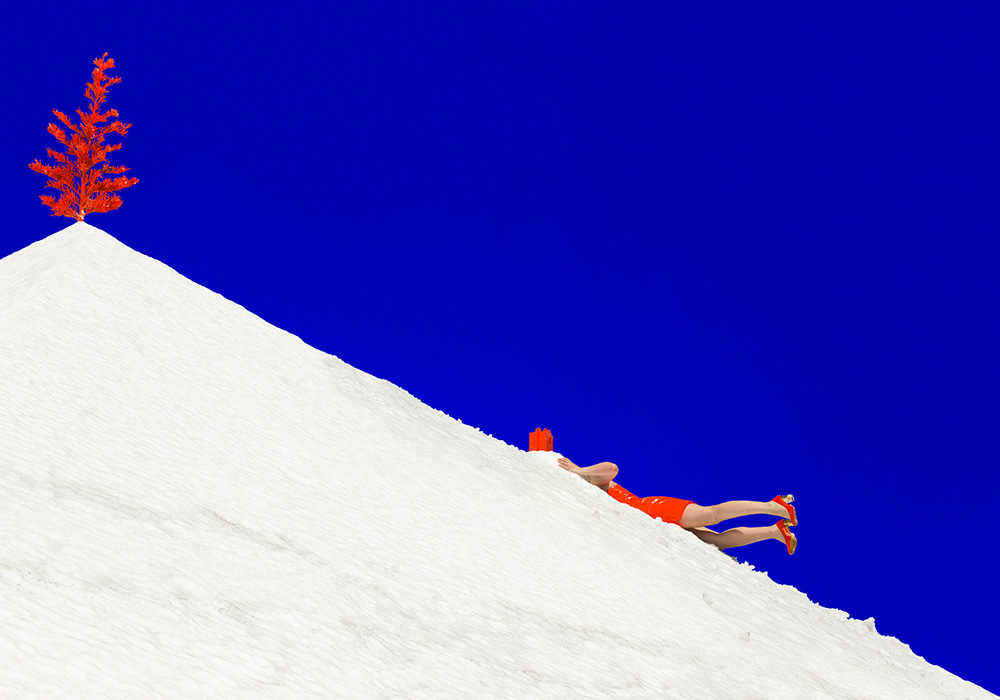 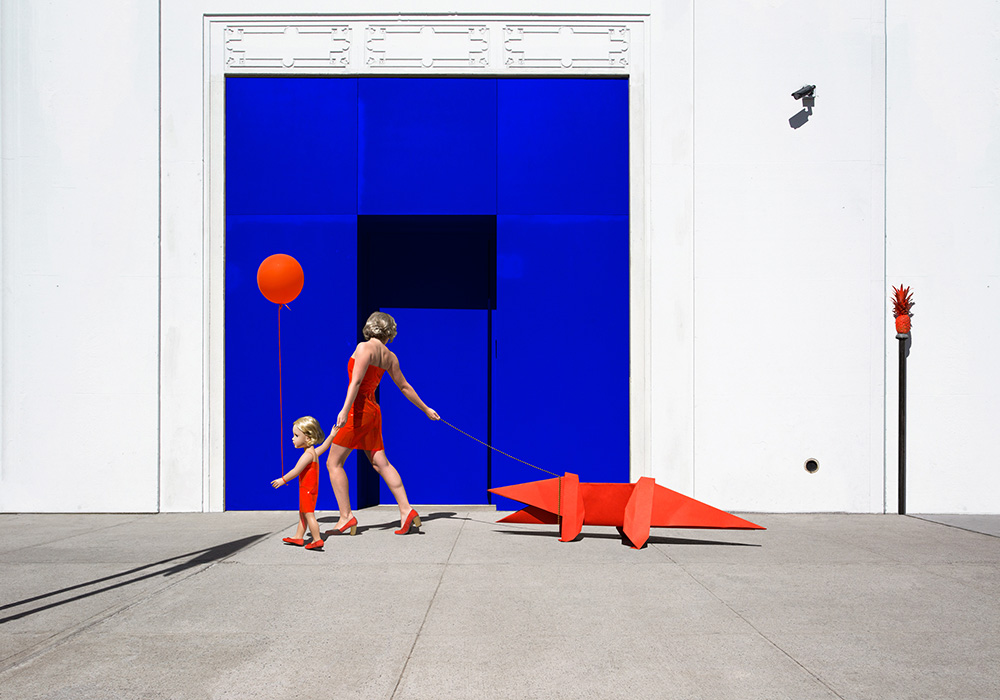 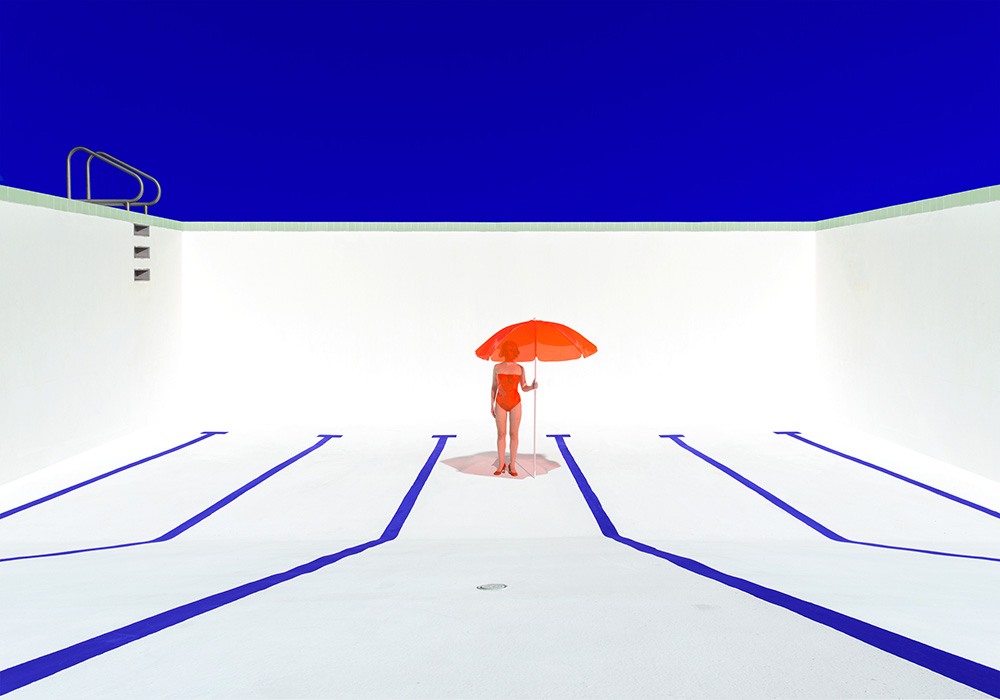 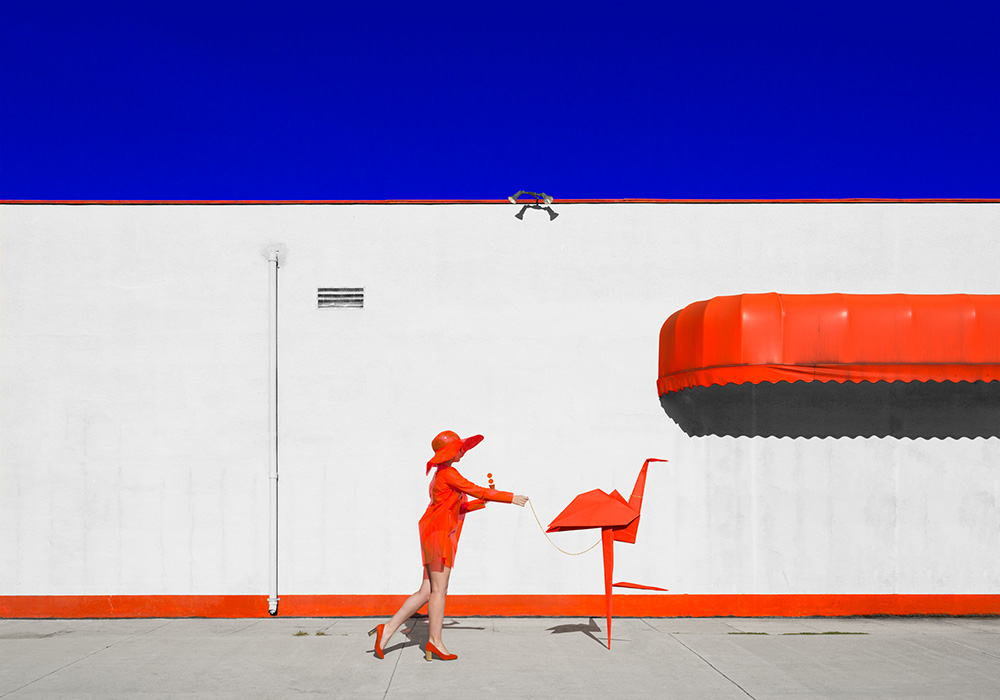 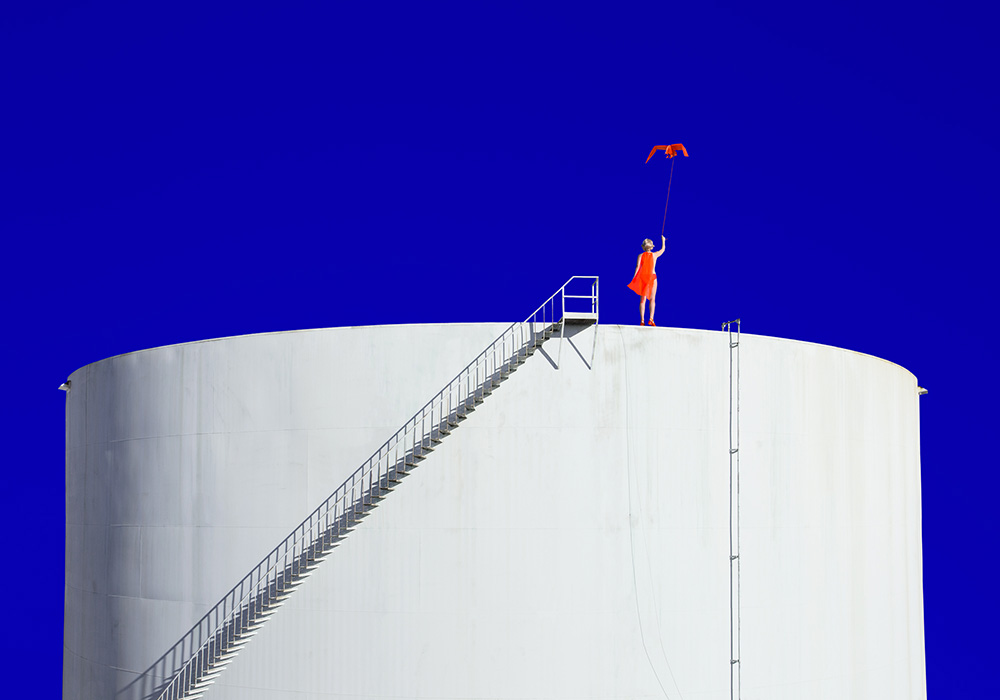 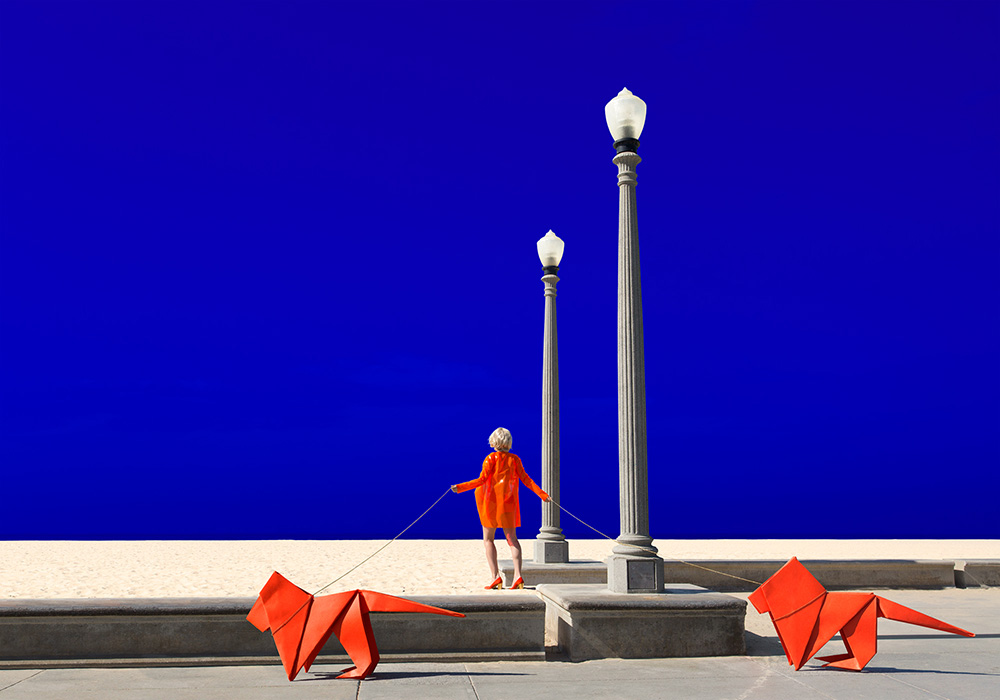 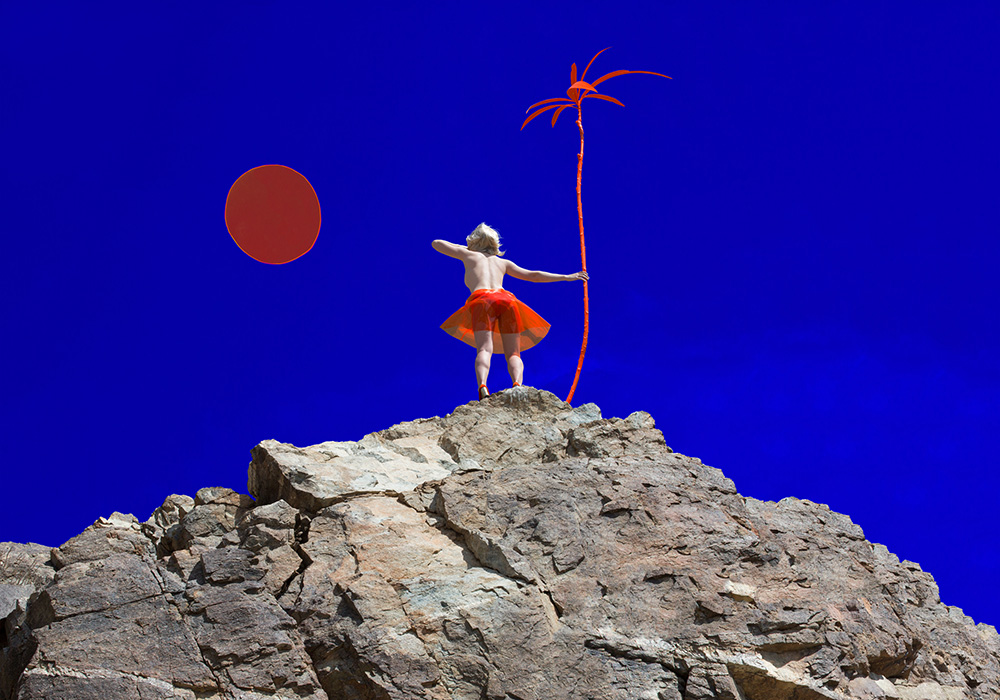 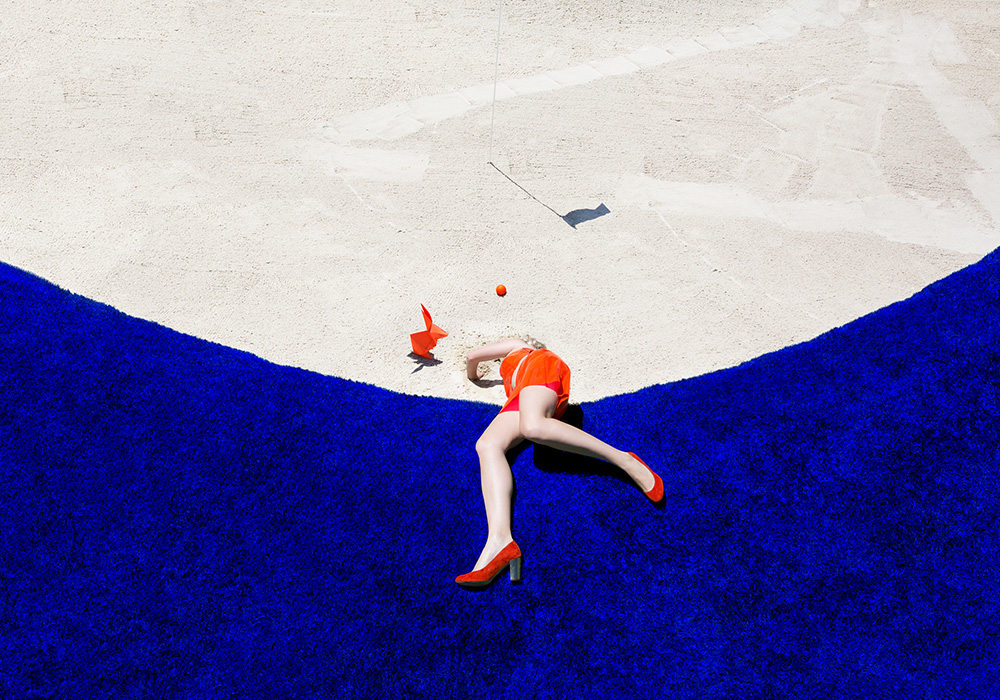 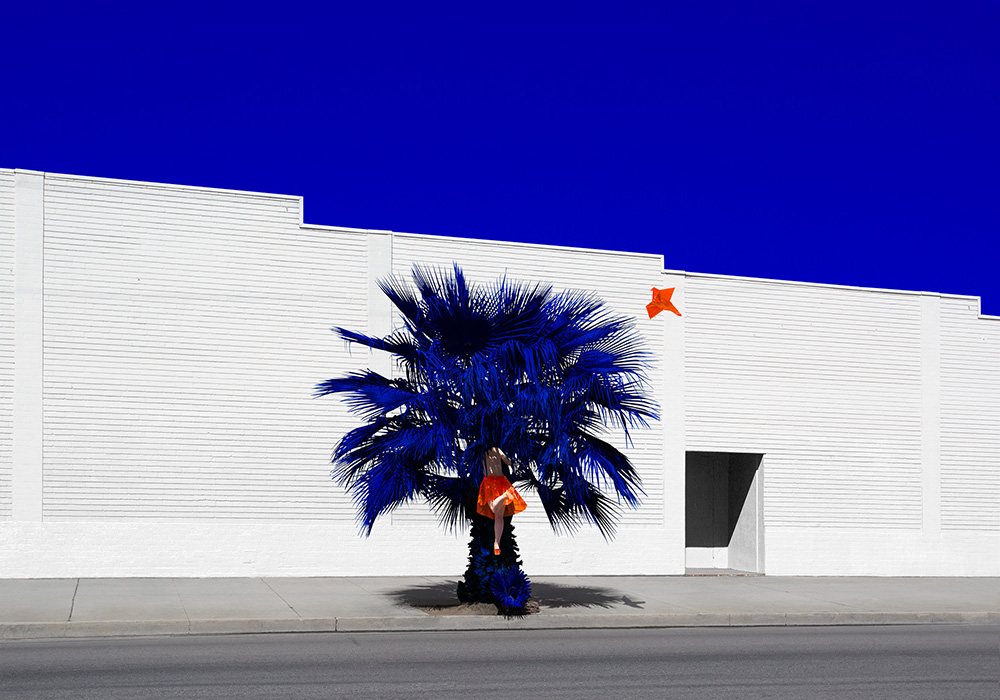 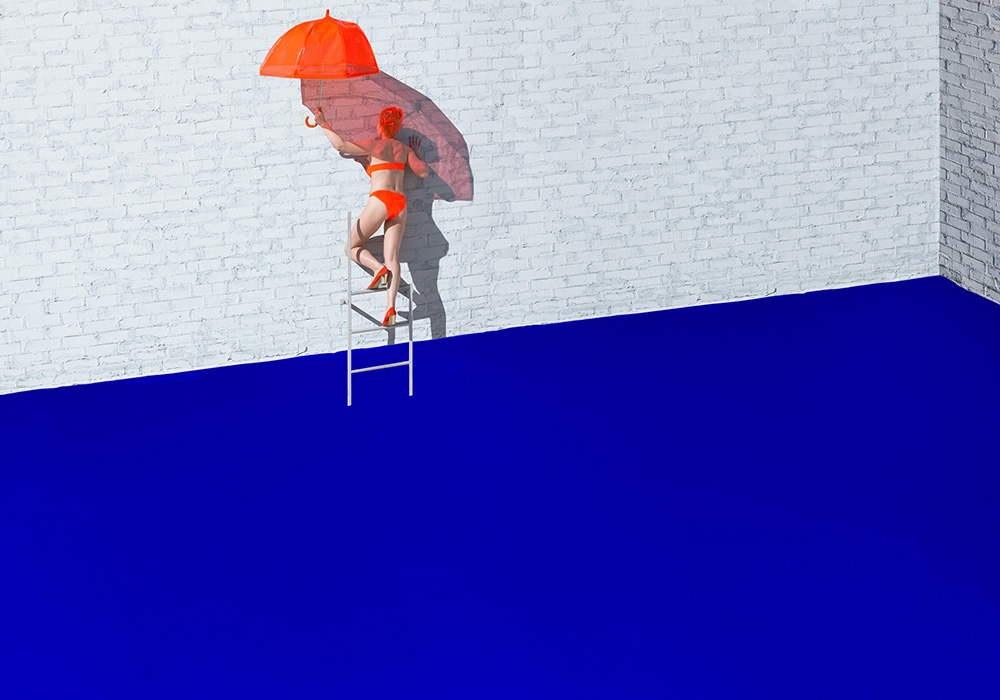 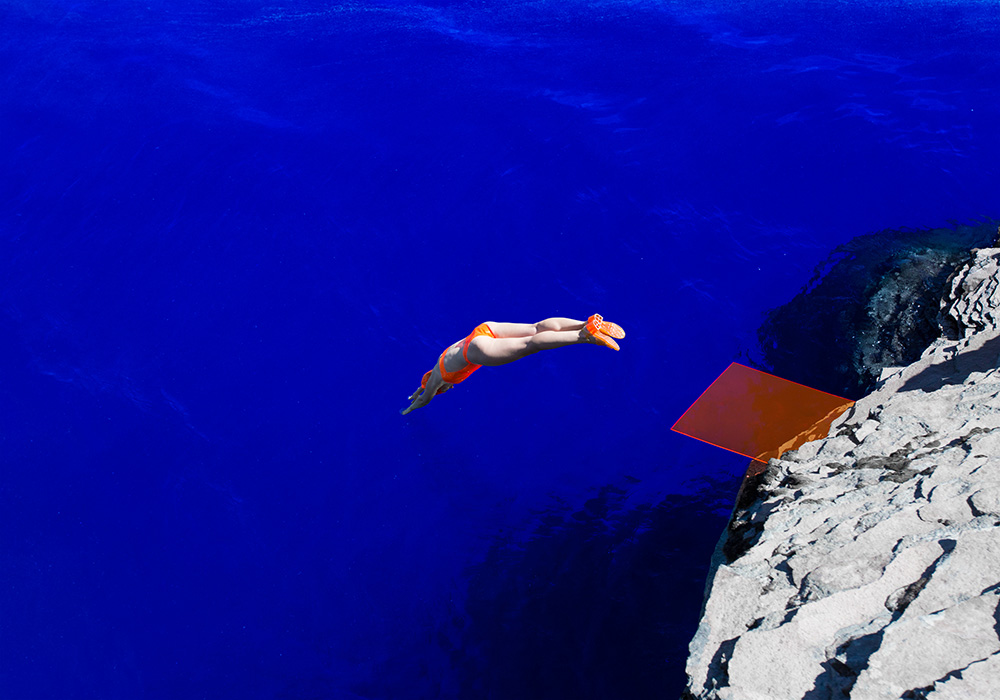 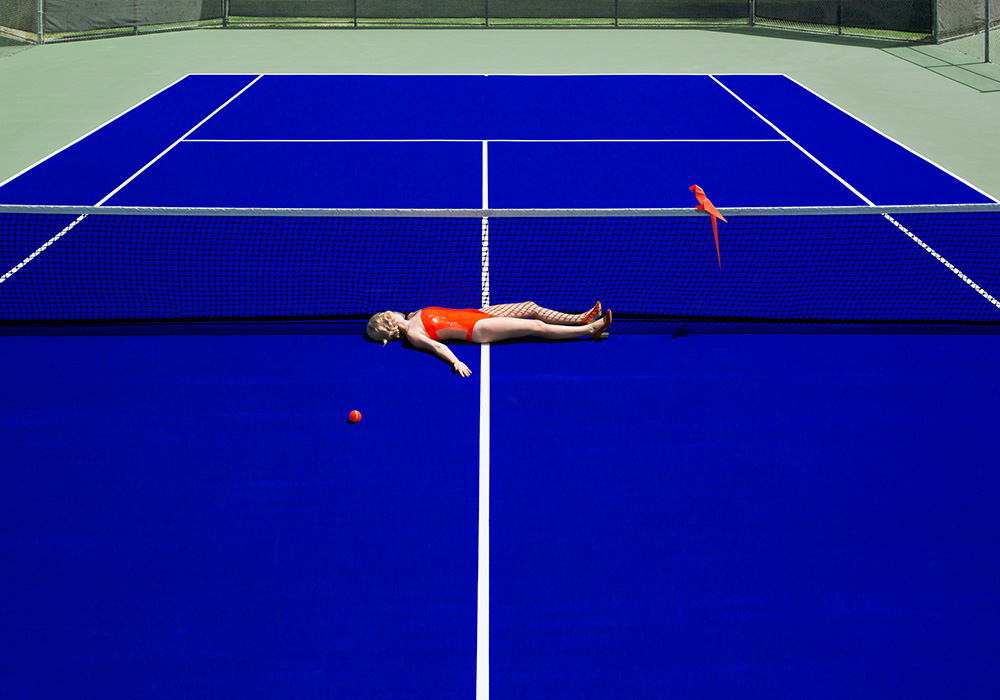 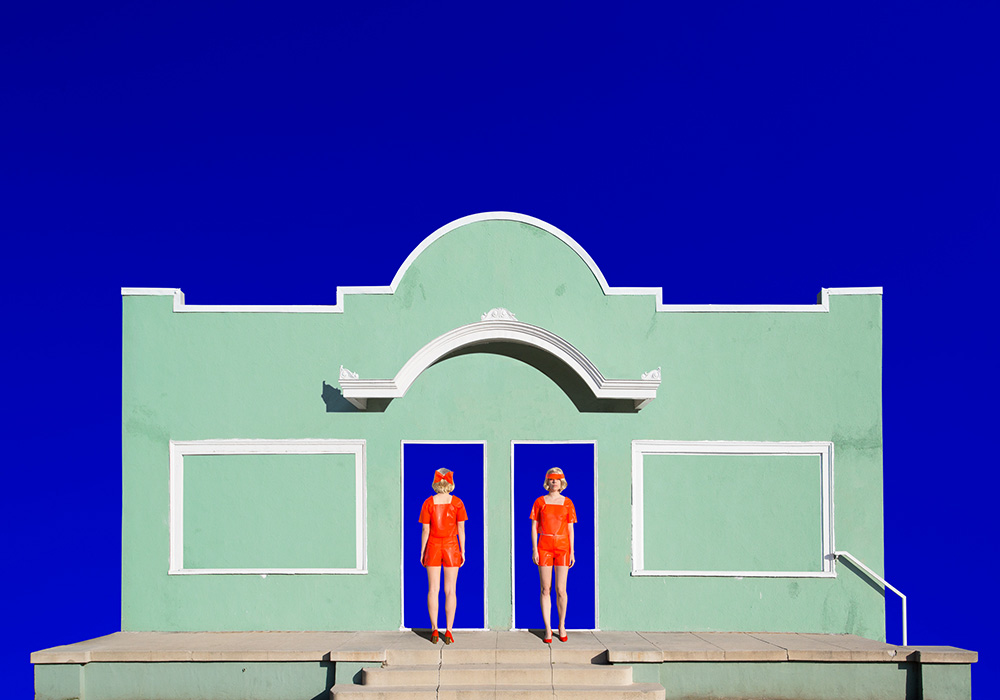 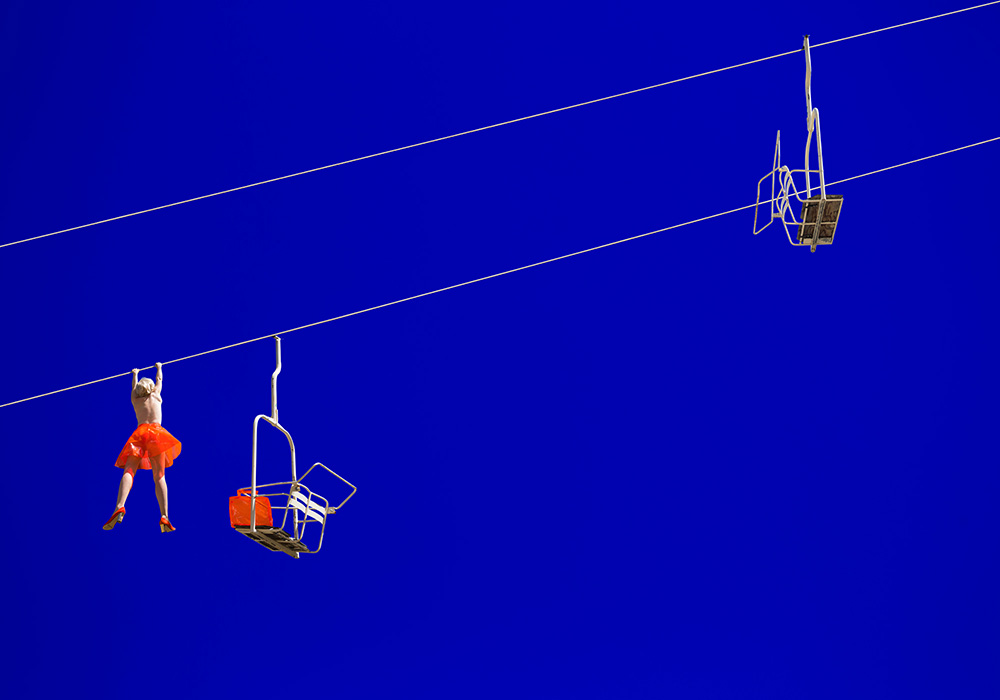 Reine Paradis is a French artist based in LA. She creates narrative photography featuring herself as the main subject. Each scene exists as separate adventure through a landscape of punchy blue and white, while wearing a colorful orange outfit.

On her work, Reine states, “Shot in many locations throughout America, the photo series Jungle takes us on an introspective journey across a symbolic and chromatic world, projected above the limit of reality and imagination. All the scenes are imagined and conceptualized before shooting in real locations. Once the scene is visualized in it’s entirety, Paradis makes sketches and paints the scene to use as a blue print when photographing the final scene. All the costumes, accessories and origamis are meticulously designed and prepared according to the initial vision of the scene.”

From April 26th to June 3rd, 2017, Paradis will be showing in Paris at Gallery Hug. Follow more of her work here.