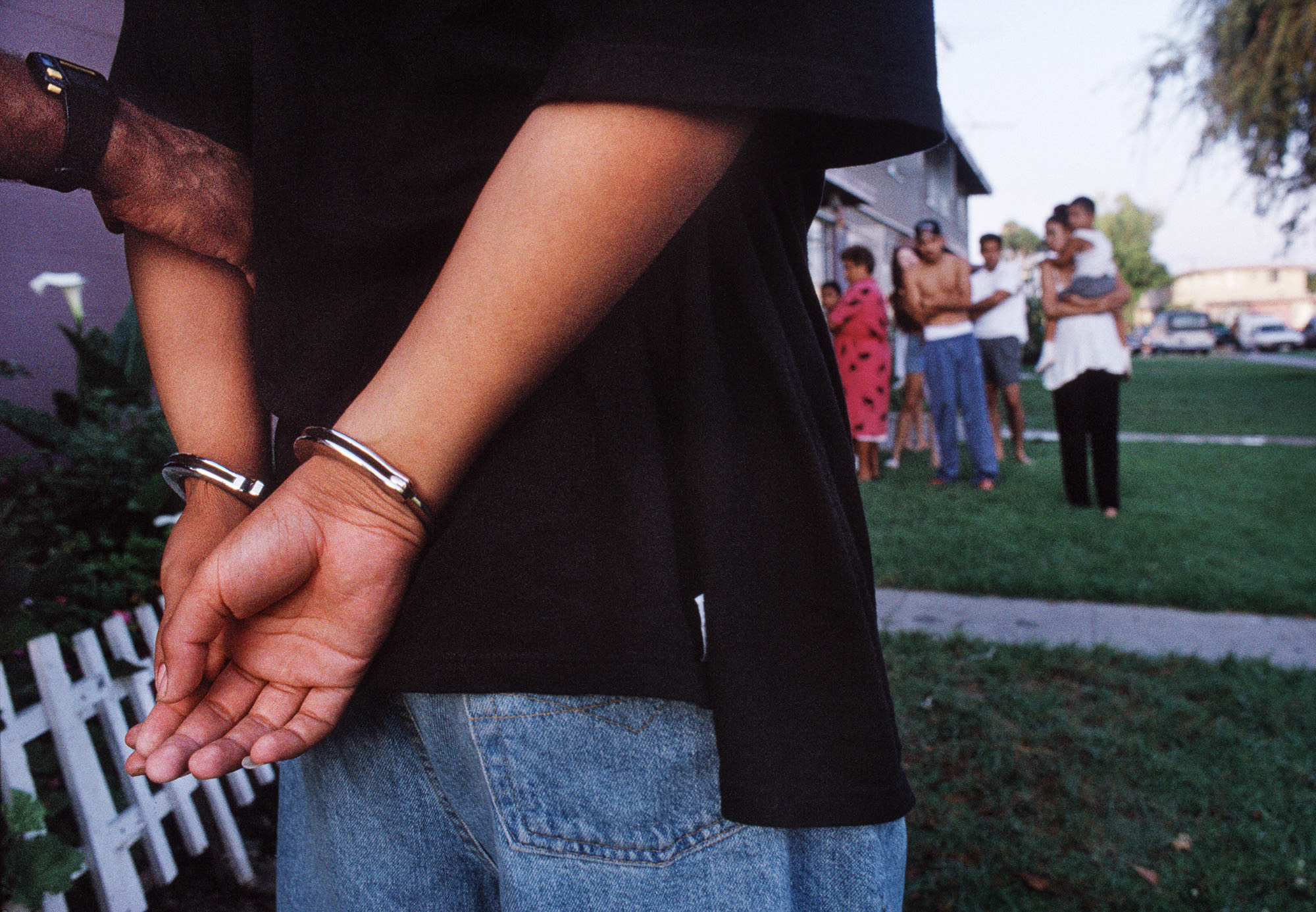 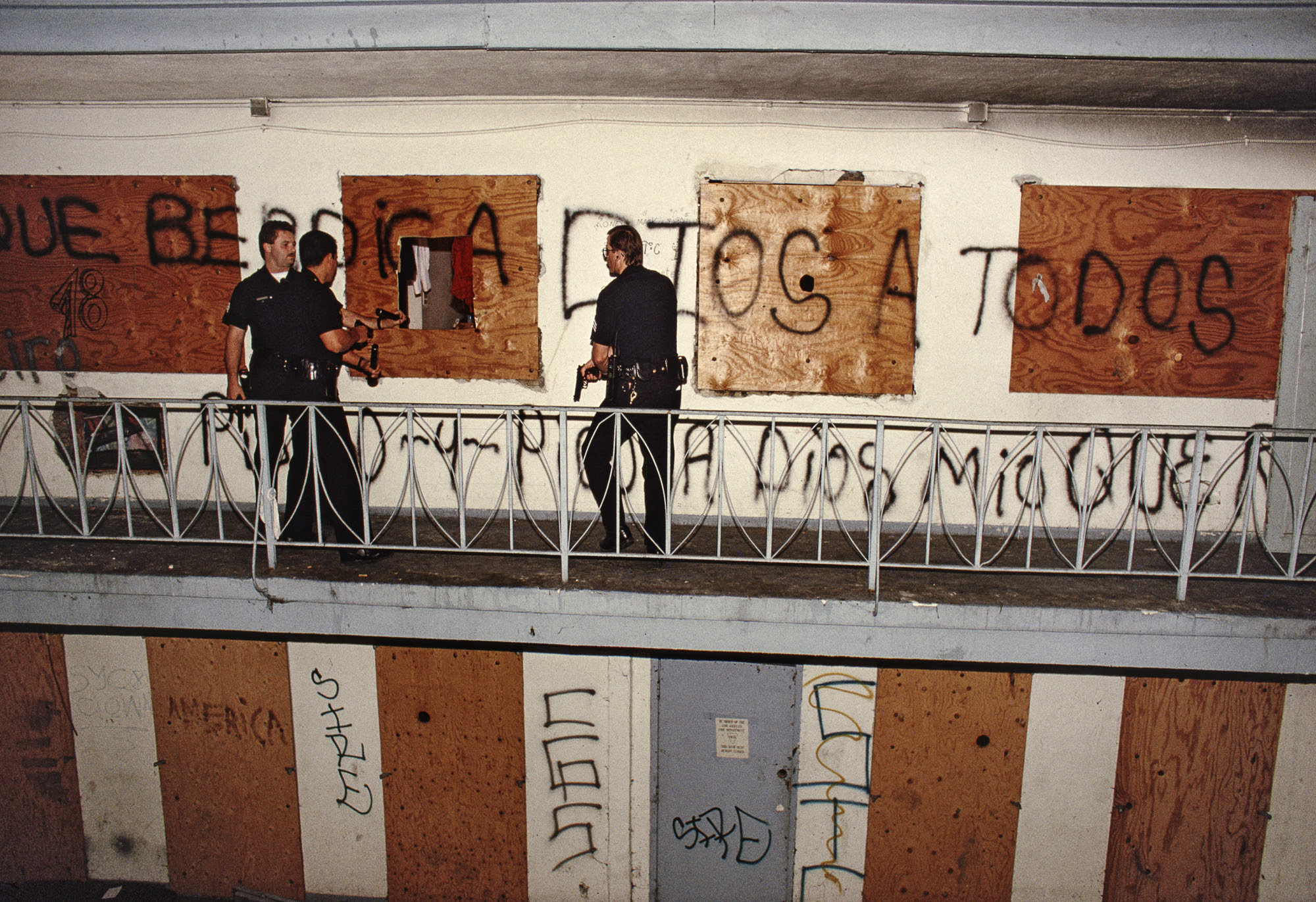 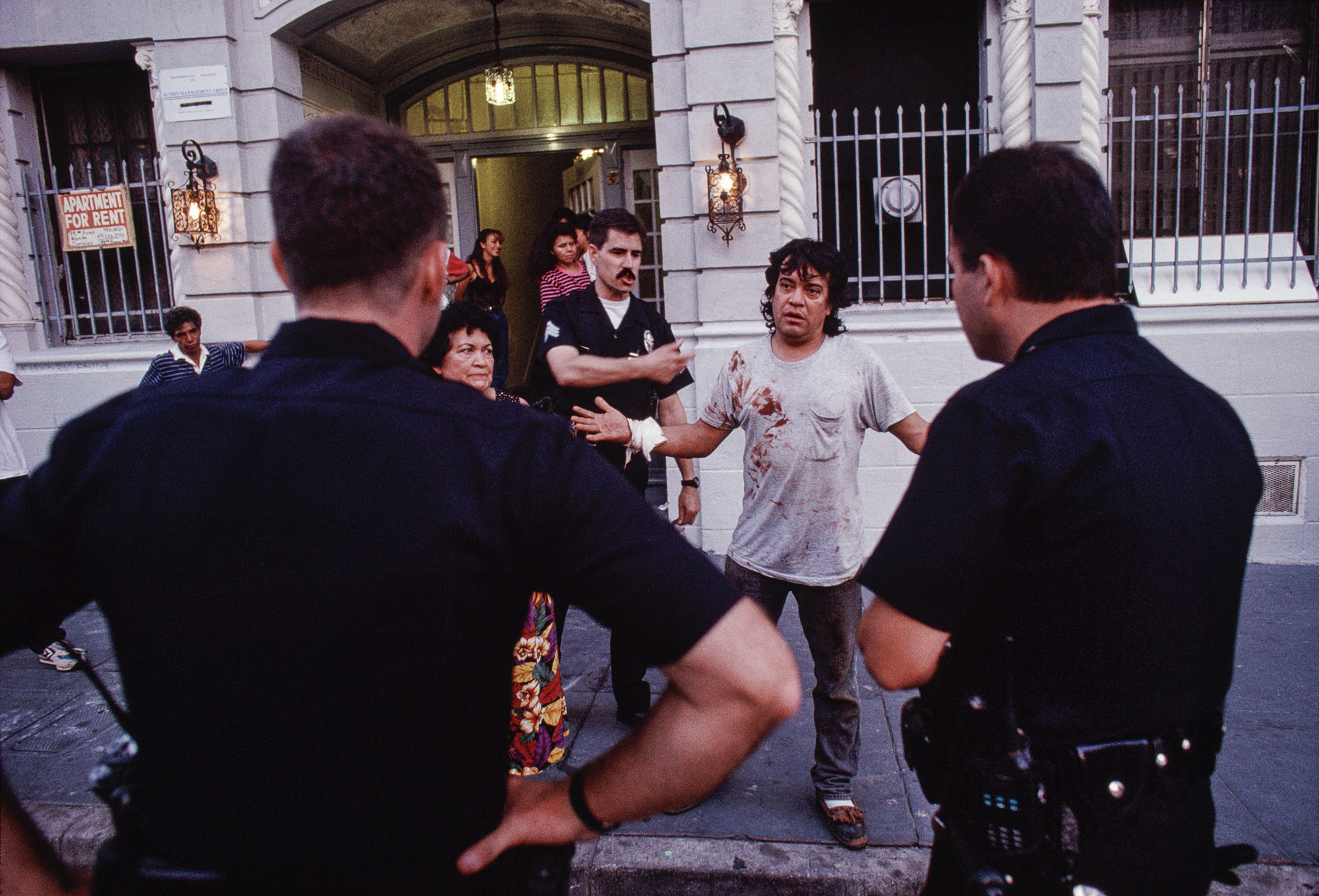 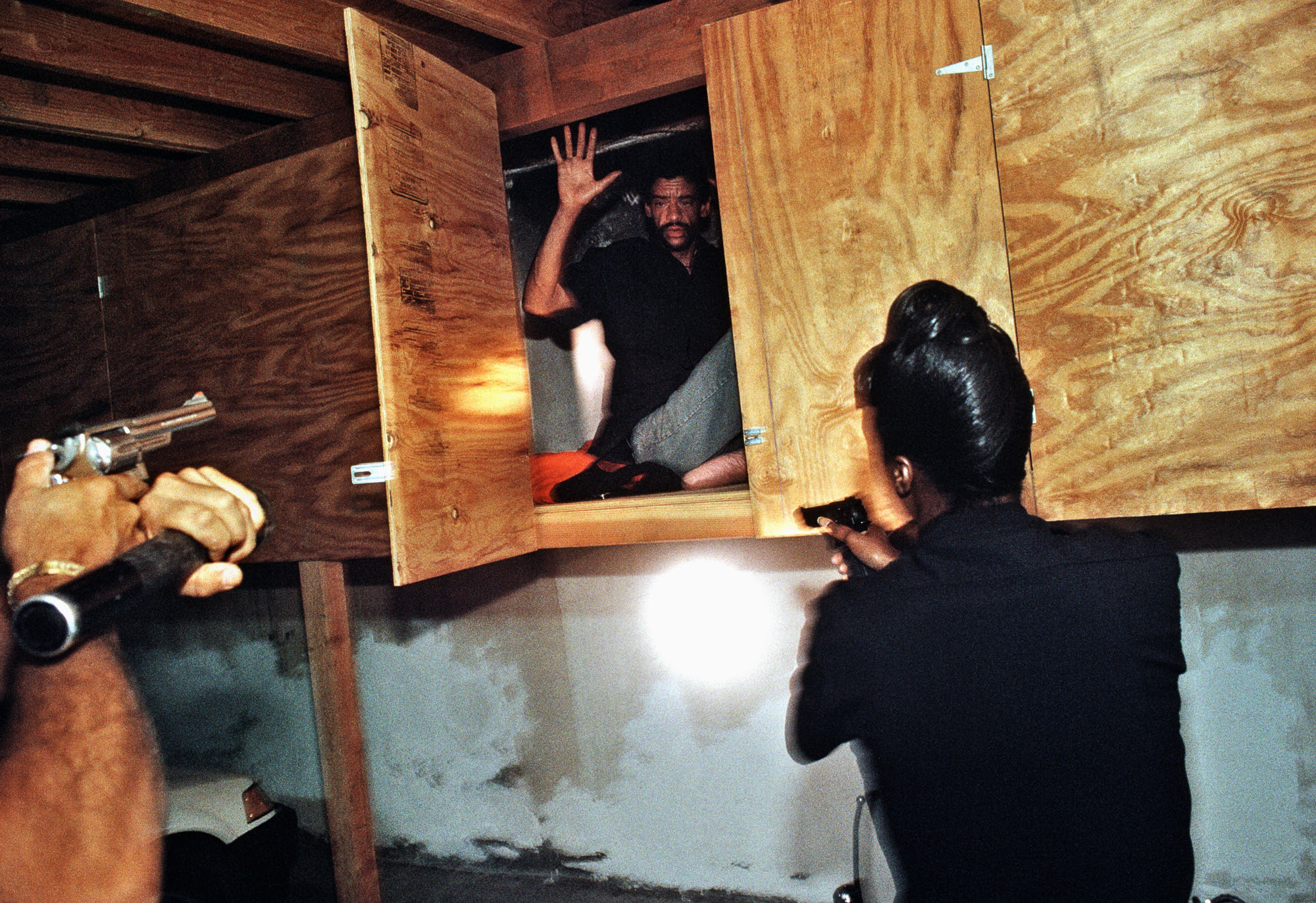 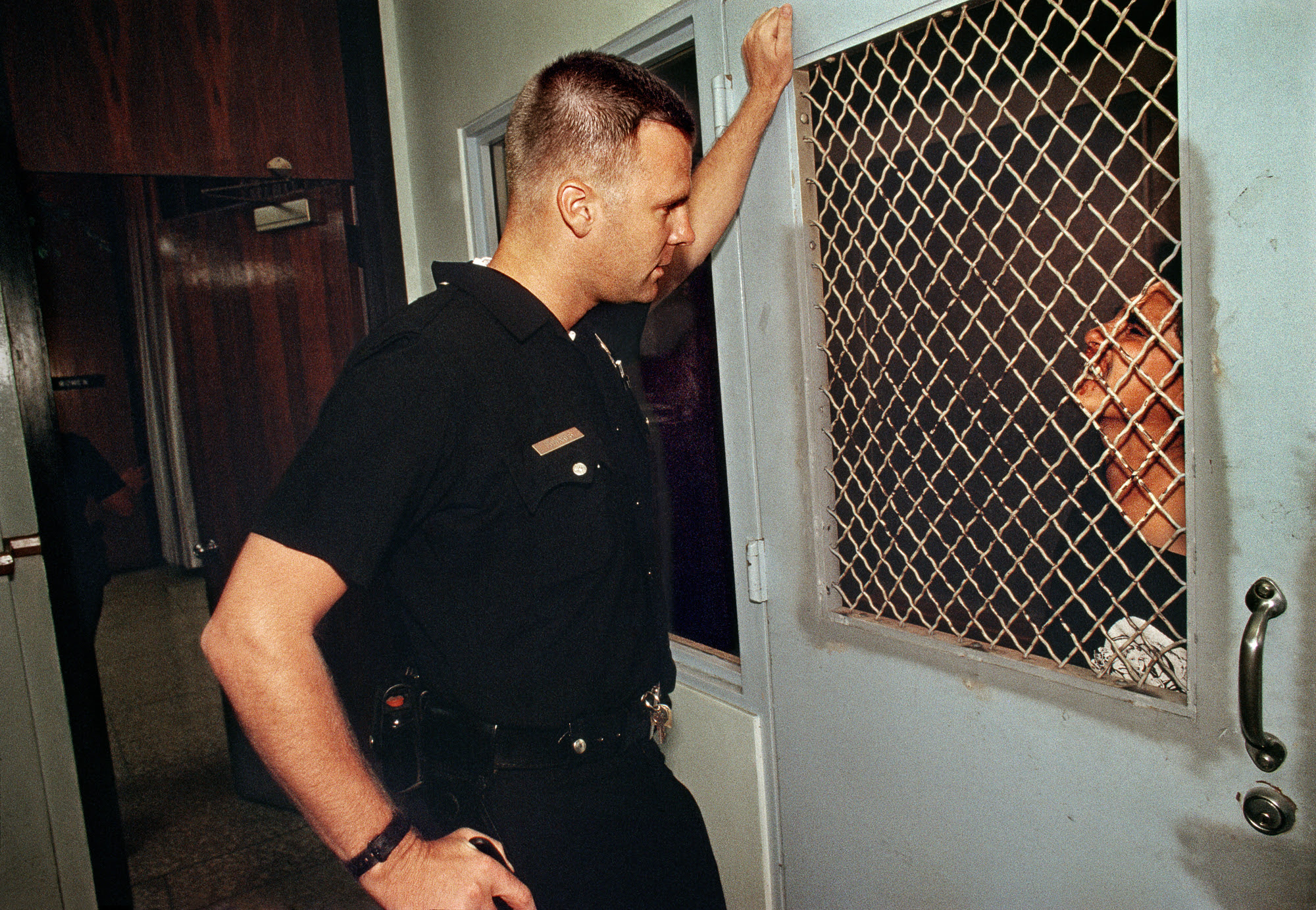 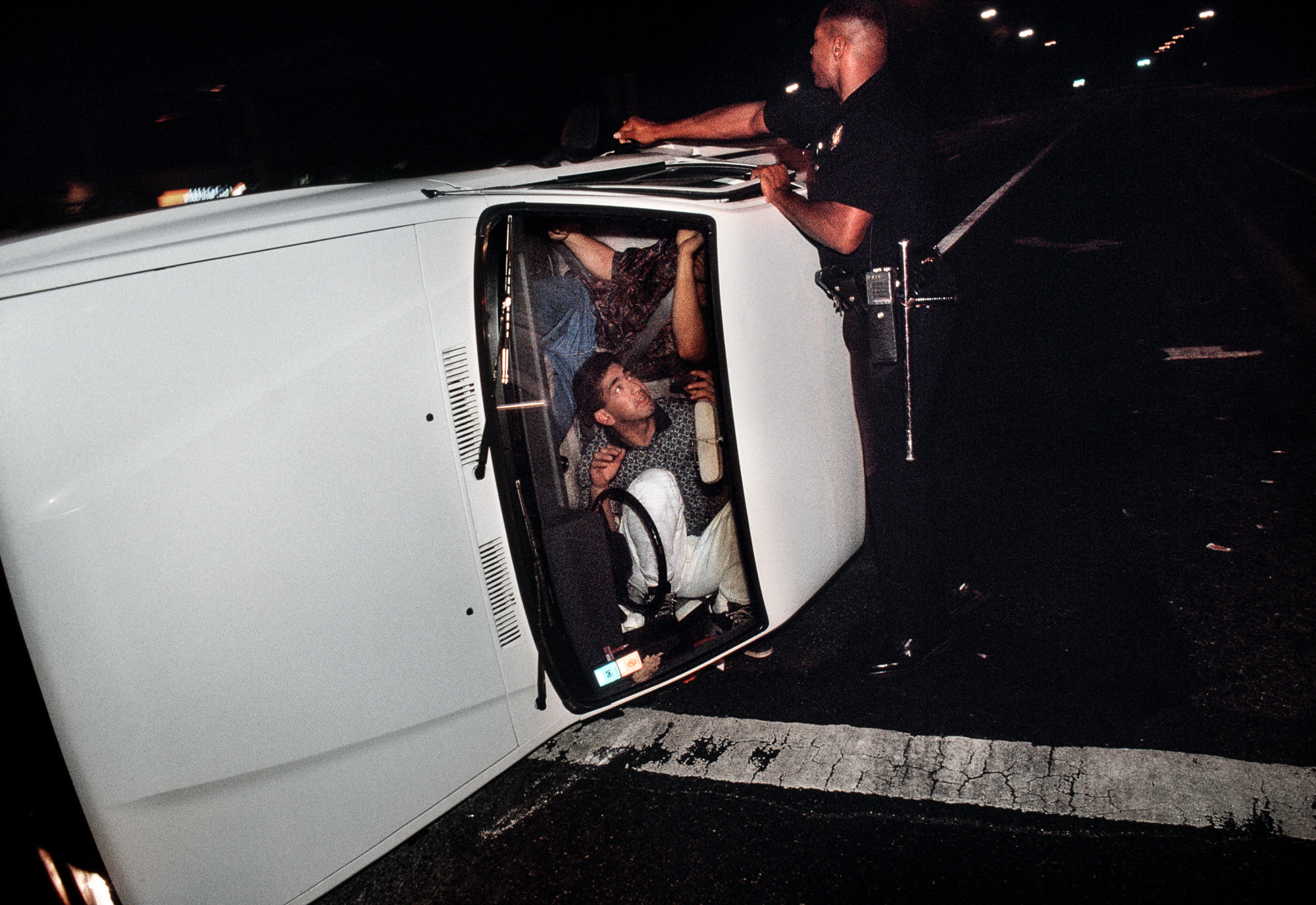 In a year when millions of Americans poured into the streets demanding changes in police strategy, training and deployment, the Bronx Documentary Center believes a crucial part of the conversation should be Joseph Rodríguez’s photo series and just-released book, LAPD 1994.

On February 5th, the exhibition will be available to view online at lapd1994bdc.org.

The BDC’s online exhibition with images and text from Rodríguez’s book gives us an up-close and personal look at the cops, victims, and violent perpetrators in working-class communities of Pico Union, Rampart, and South Central Los Angeles. Though the photos were taken more than 25 years ago, they serve as markers illuminating the path to our current society, one beset by debates about policing, violence and incarceration. As Rubén Martínez writes in its introduction, Rodríguez’s body of work visually encompasses, “another moment that tore open the soul of America.”

In the mid-nineties, the LAPD was in search of a public image makeover after the Rodney King uprisings. The City Charter was reformed by increasing civilian oversight of the LAPD, the militant police chief of the moment, Daryl Gates, was forced to resign and Willie Williams became the first African-American chief of the department. As part of these efforts, the LAPD gave photographer Joseph Rodríguez unprecedented access to document the officers in the field for The New York Times, hoping to give the public an image of a “kinder, gentler cop”, as the headline put it. For weeks, he immersed himself in the daily workings of the 77th Street, Pacific and Rampart Divisions. Four years after Rodríguez rode along with Rampart officers, the station became notorious when the biggest scandal in LAPD history erupted in an astonishing spectacle of officer corruption that included the murder of a fellow cop, a bank robbery, unprovoked shootings of alleged gang members, drugs stolen from the evidence room, and other crimes – so much for a nicer, gentler cop.

In 2020, the year of Black Lives Matter, a generation after these photos were taken, new uprisings demand reform yet again and the same questions about policing – what are they for, who do they serve, and who do they protect – shape the public discussion. The photos in LAPD 1994 display the subjectivity of Joseph Rodríguez as much as that of the cops and the civilians, who are the victims and sometimes perpetrators of violence – he is not afraid to humanize the cops, but the images also show the darker side of both the officers and the people they are sworn to protect.

The photobook LAPD1994 is available for purchase by publisher The Artist Edition here.