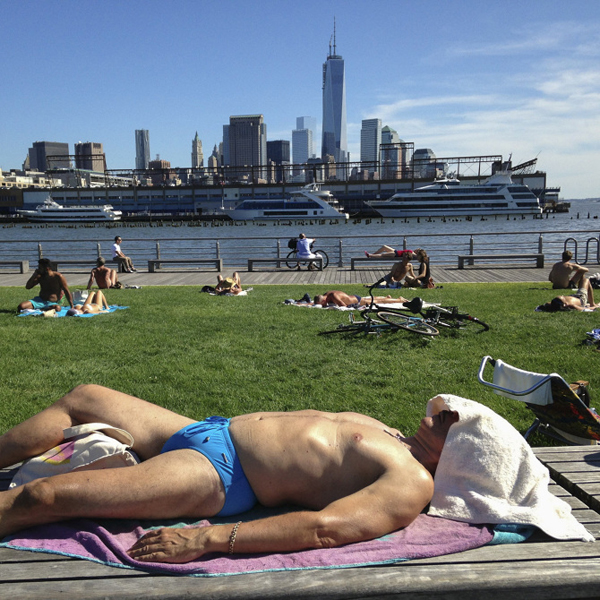 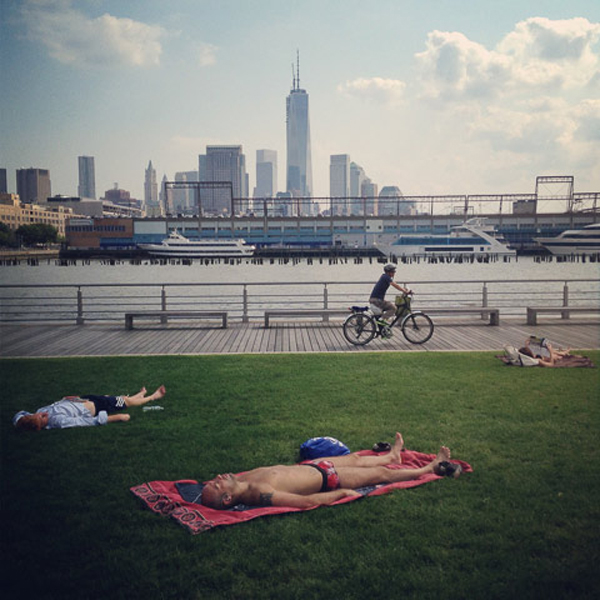 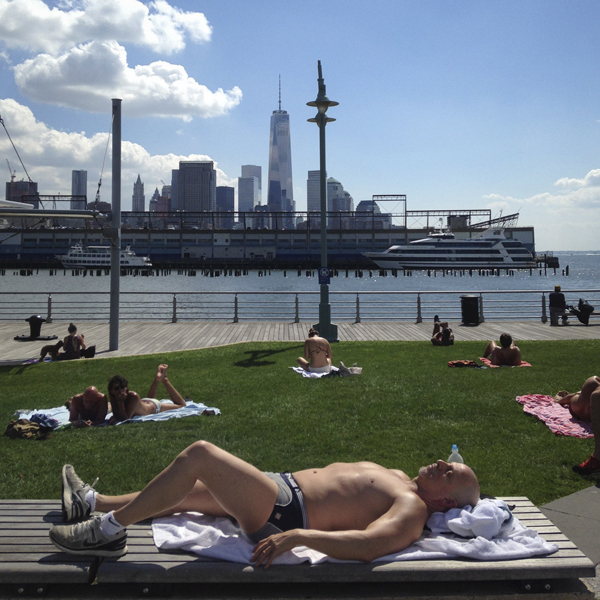 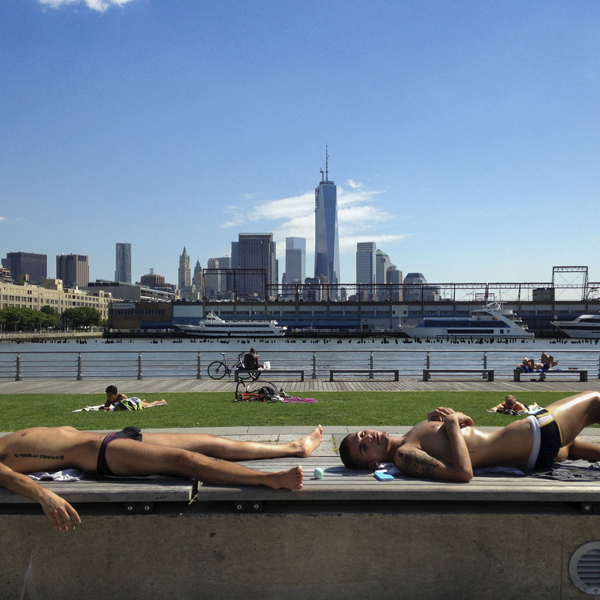 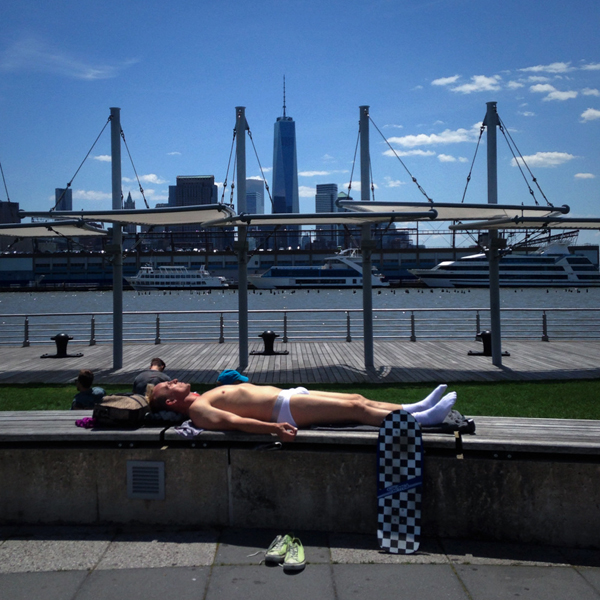 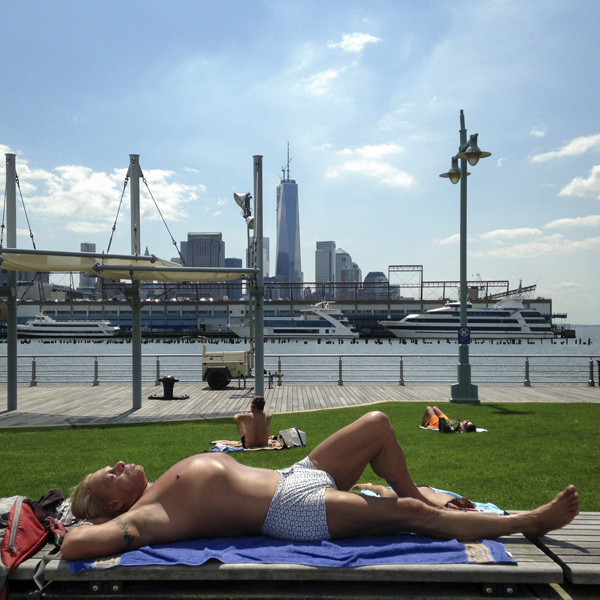 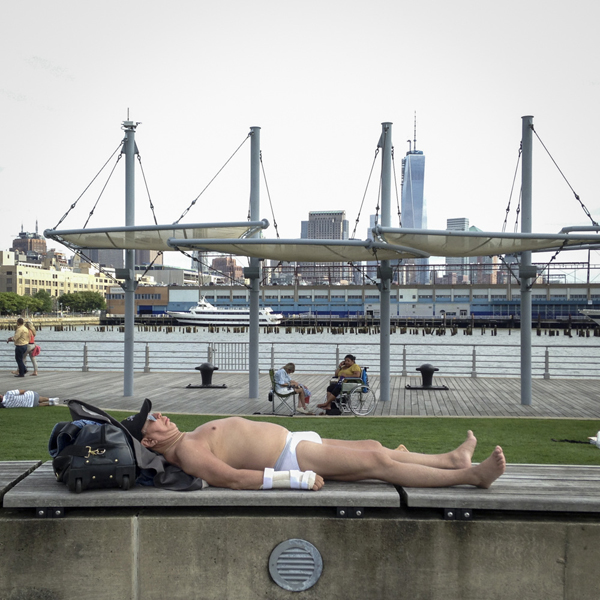 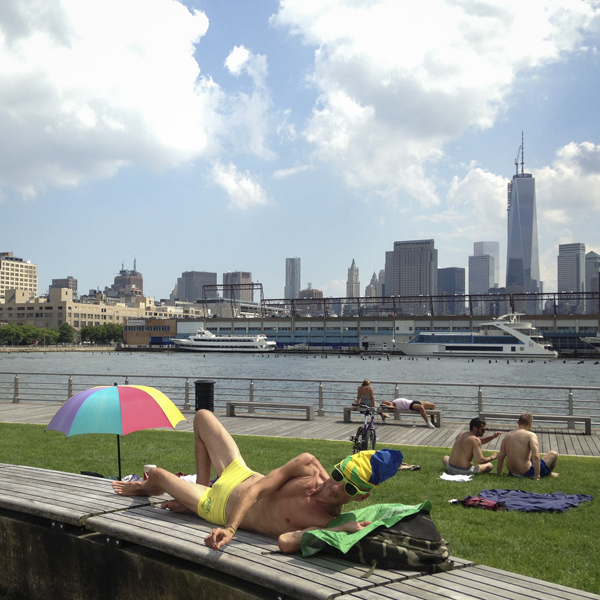 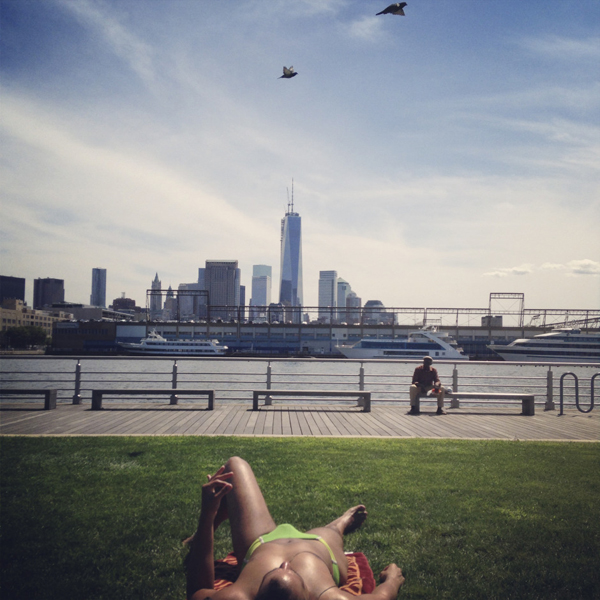 Photographer Ali Cherkis in her series “Freedom Towers,” documents men sunbathing outside of the Freedom Tower. She describes her work as being influenced by the alienation of moving back to New York City. Cherkis writes “Dominating the Manhattan skyline, the Freedom Tower is a symbol of supreme hubris-- the middle finger, the massive cock of America-- and a tremendously profitable real estate venture.

"As summer approached, I began to notice the men of my neighborhood gathering to sunbathe and strut on the nearby pier-- which has a magnificent backdrop of the Financial District. Their speedos revealed a different kind of freedom tower. They were also showing off-- asserting their own power. The juxtaposition finally allowed me to laugh and find acceptance... though I still feel like an alien.” Her work effectively captures this particular element of contemporary American culture.

Ali Cherkis is currently based in New York City. You can follow her on Tumblr here.