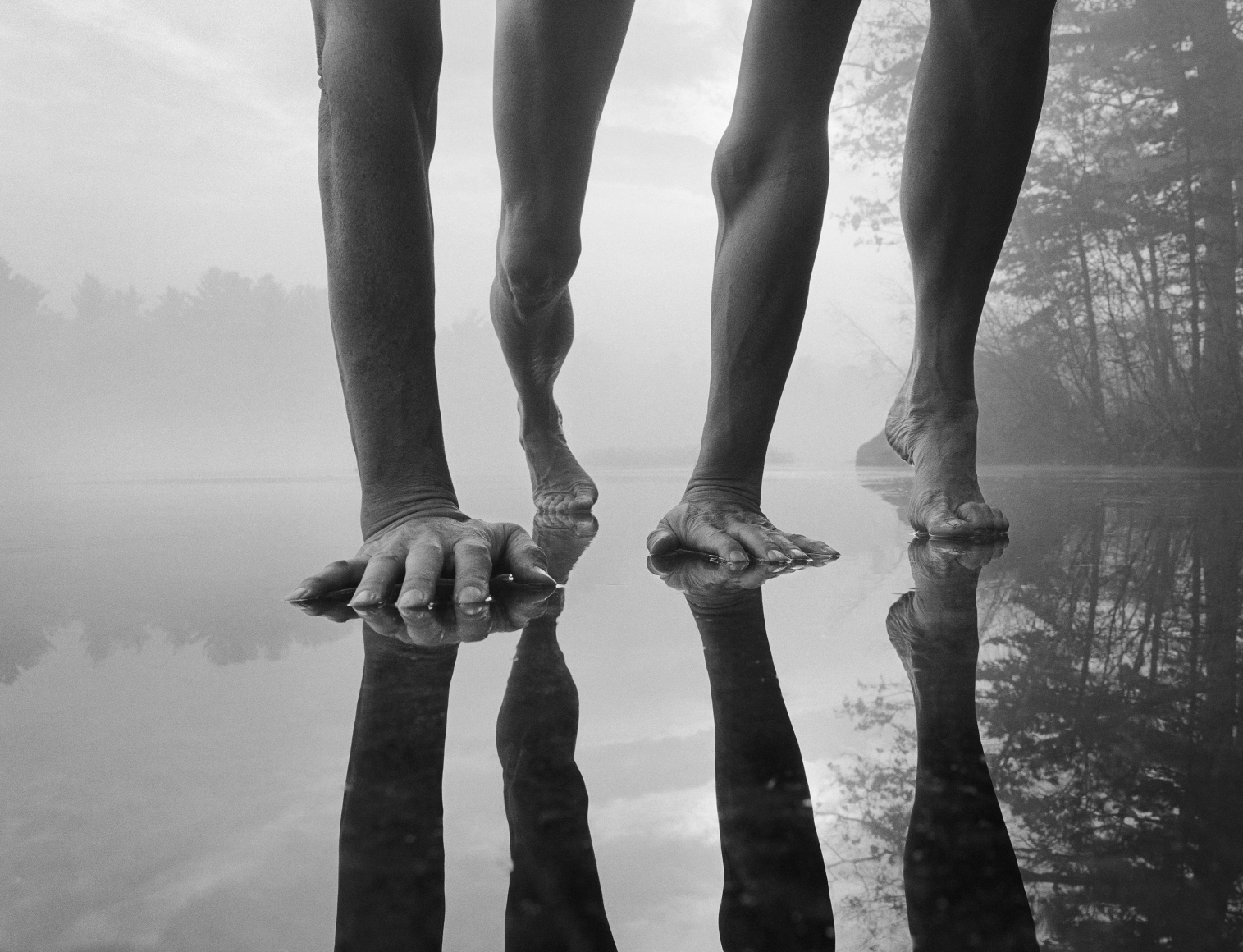 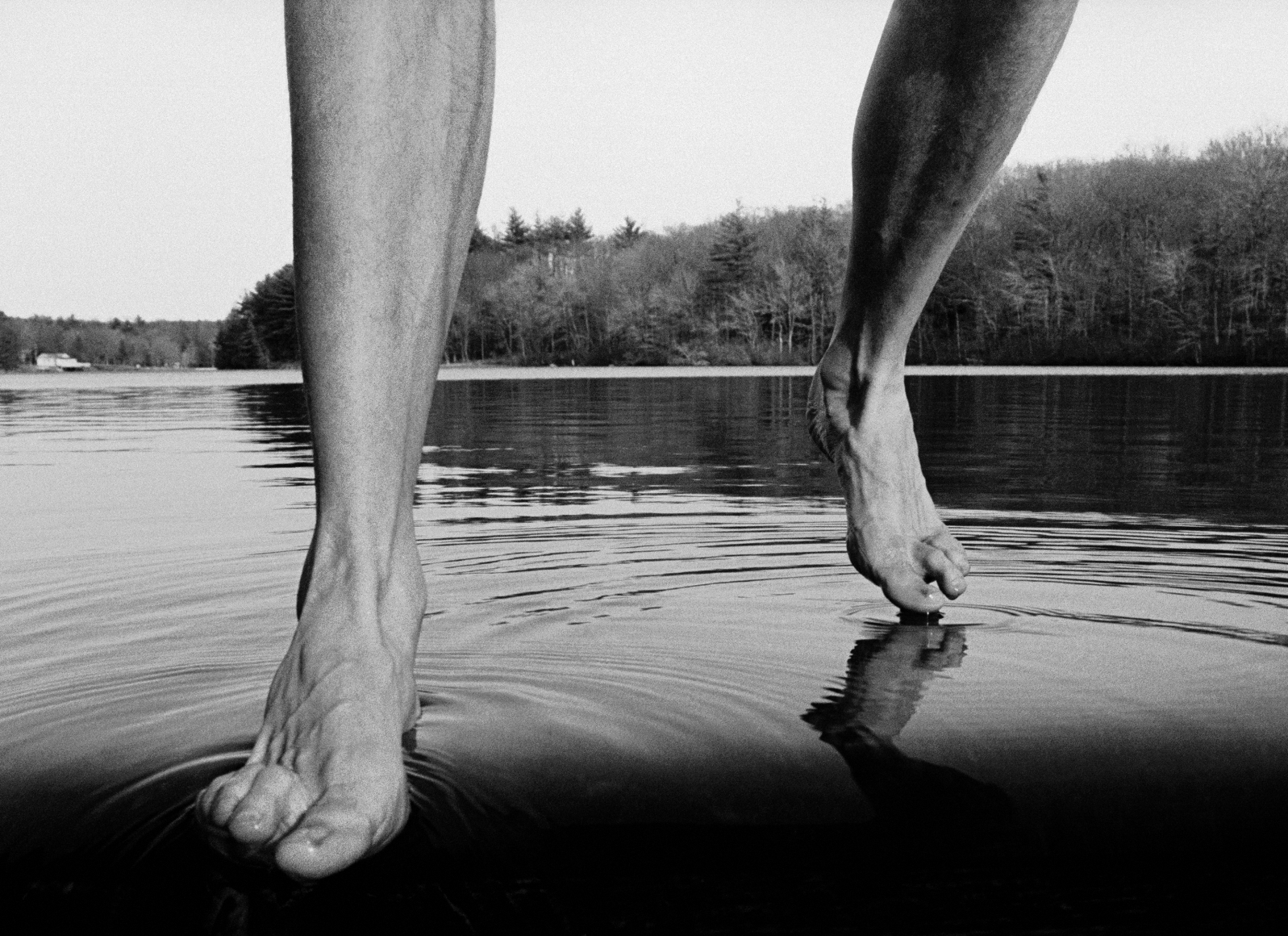 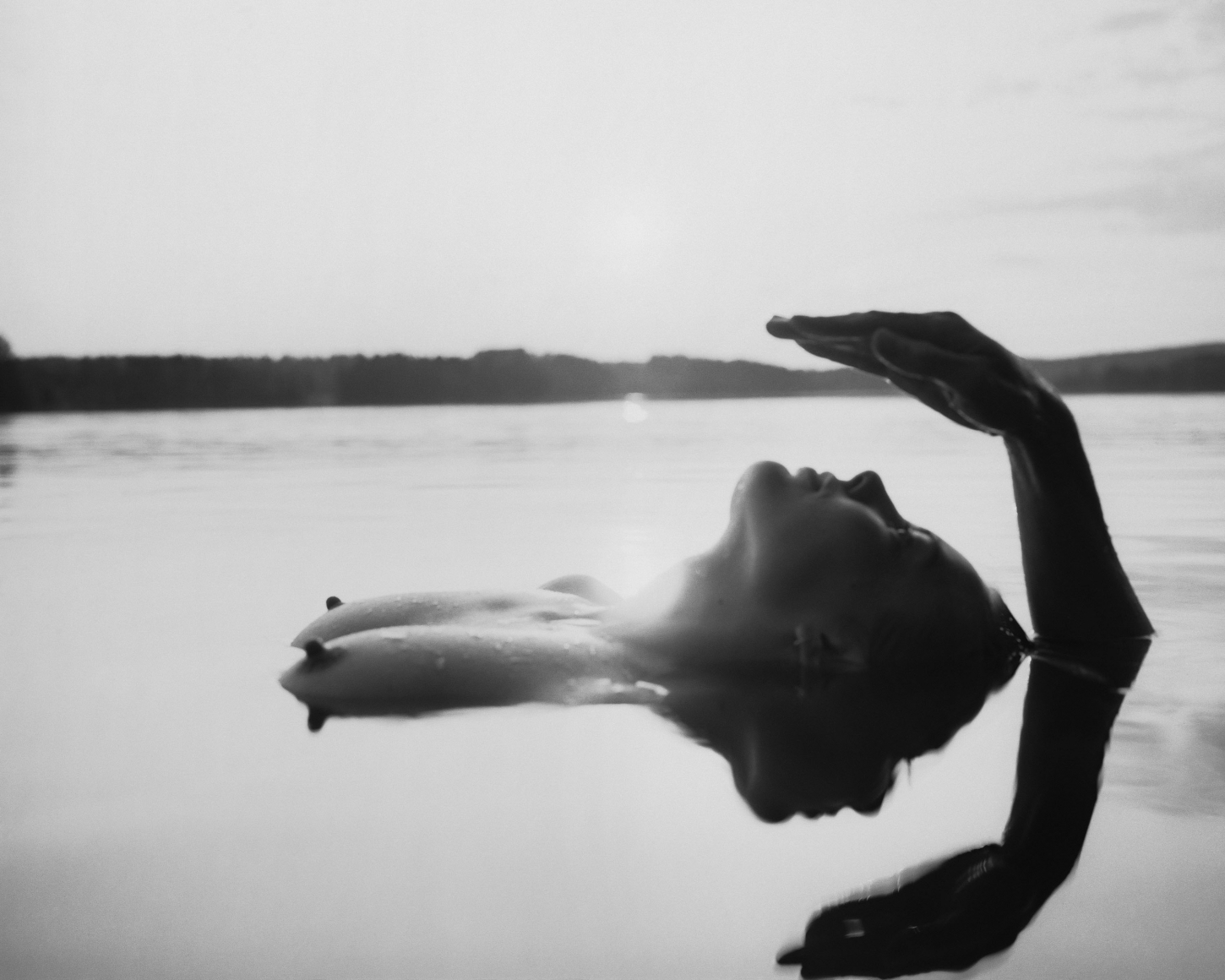 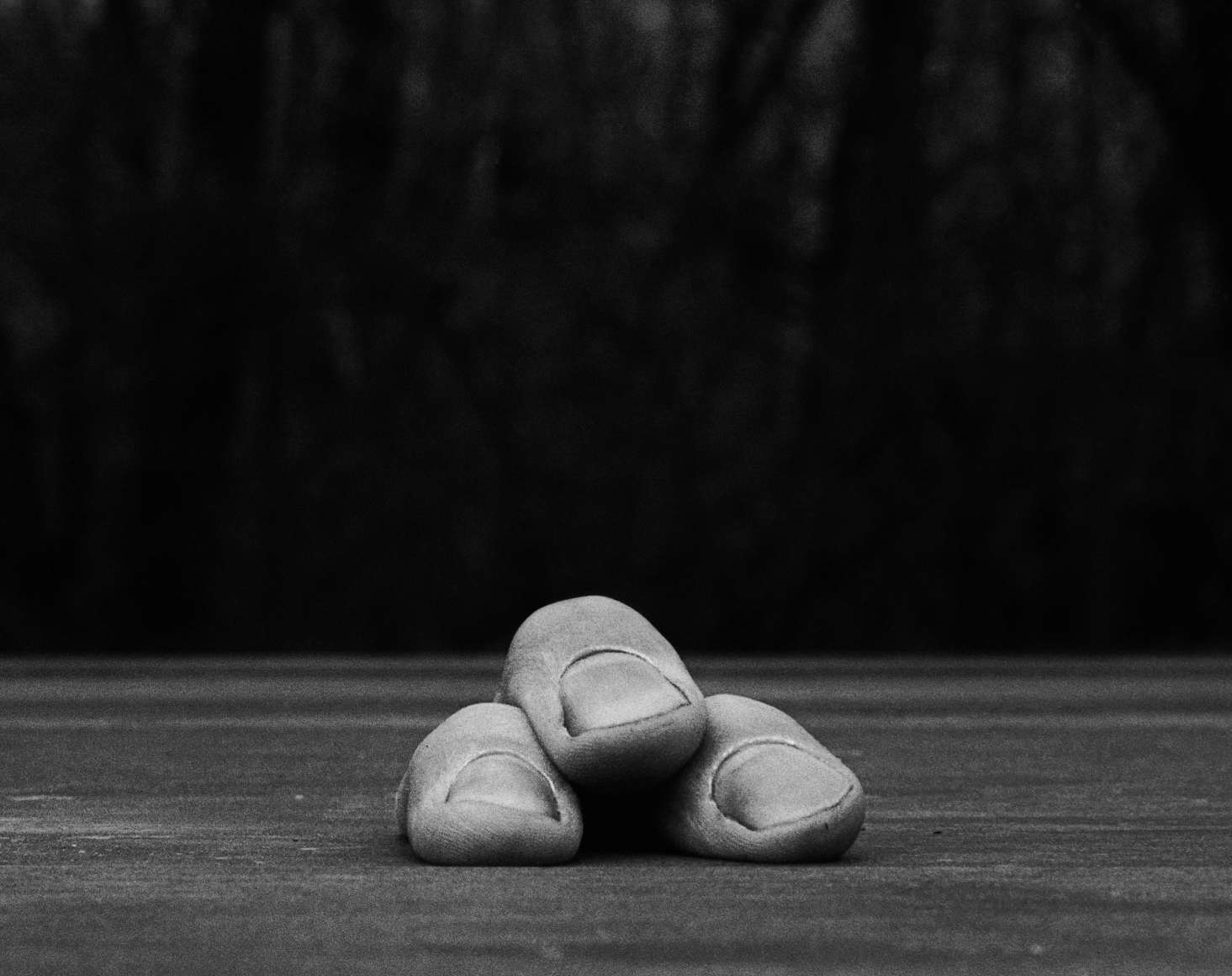 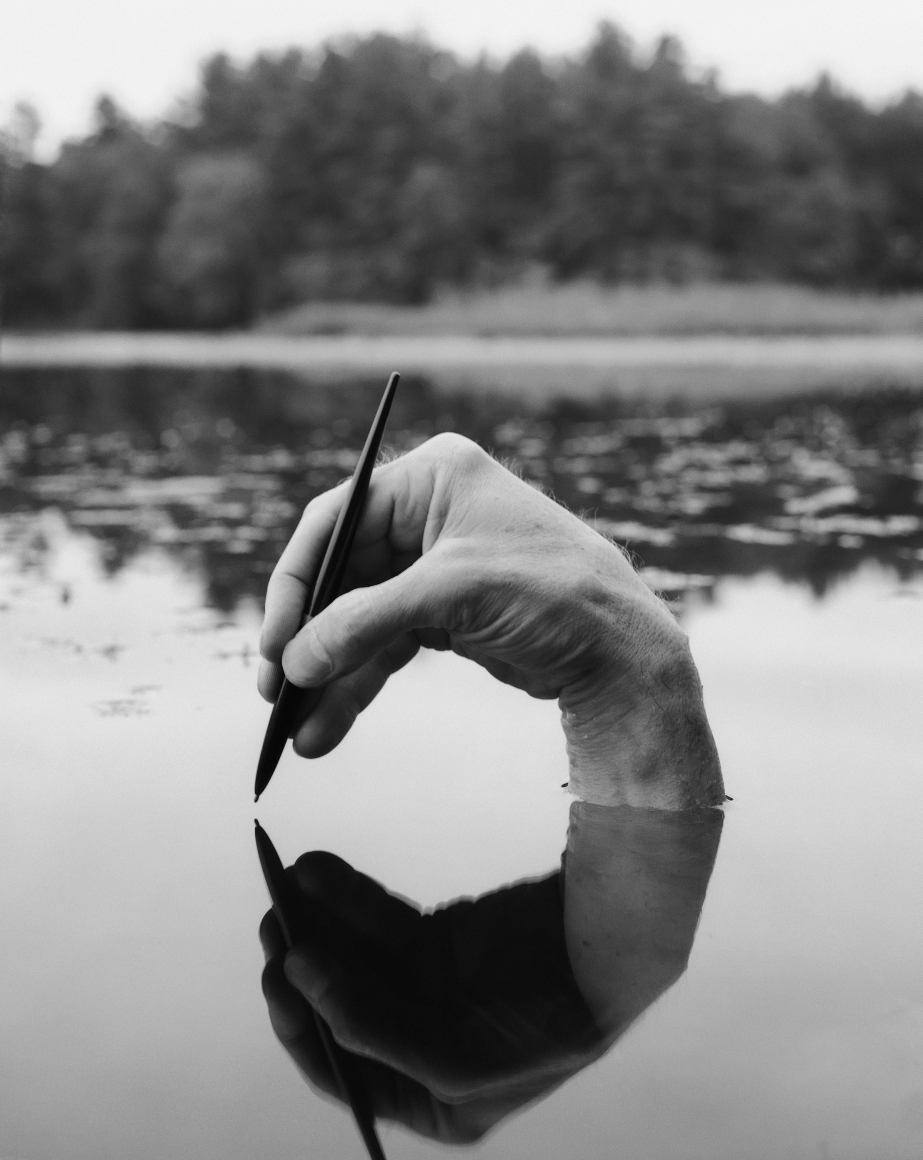 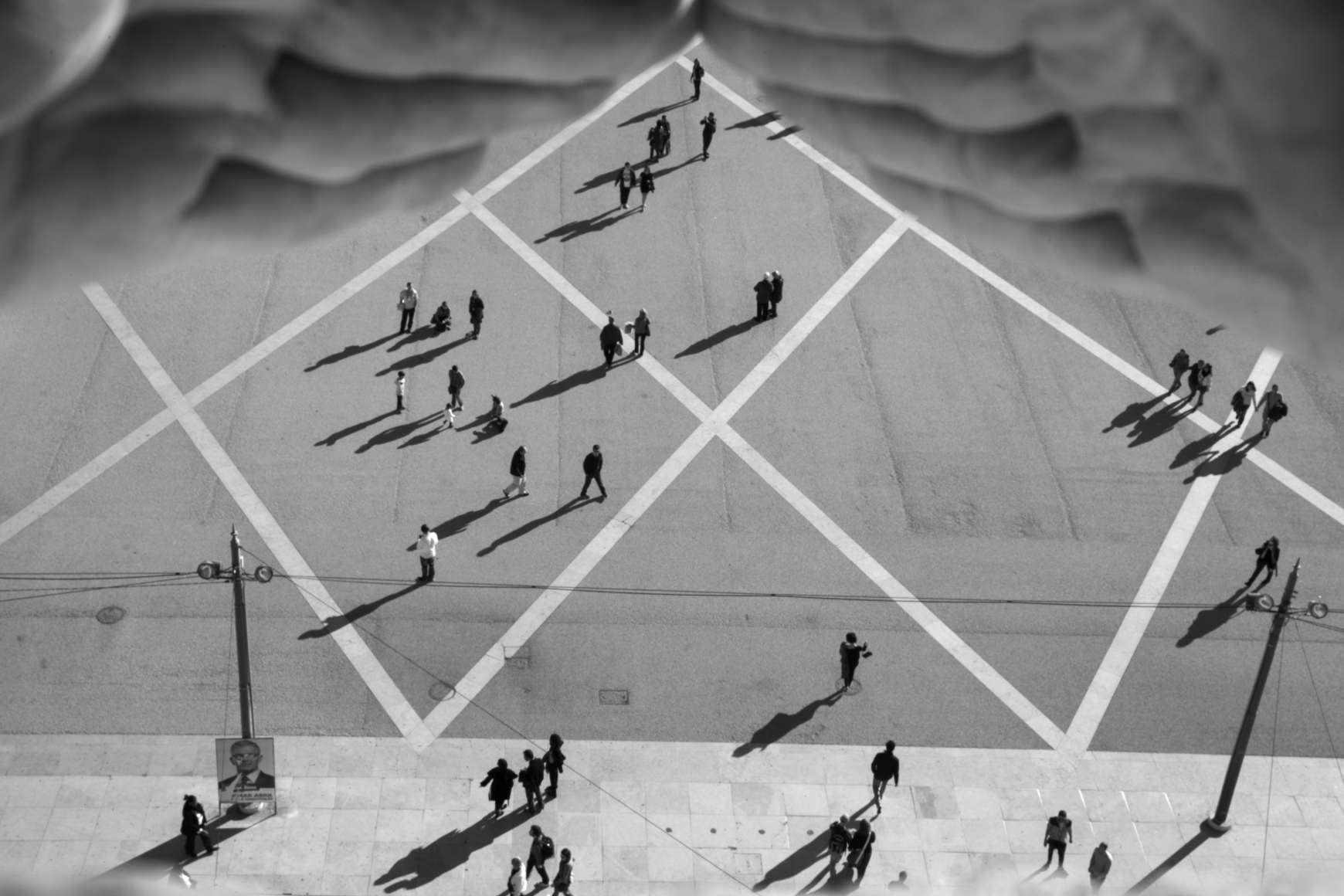 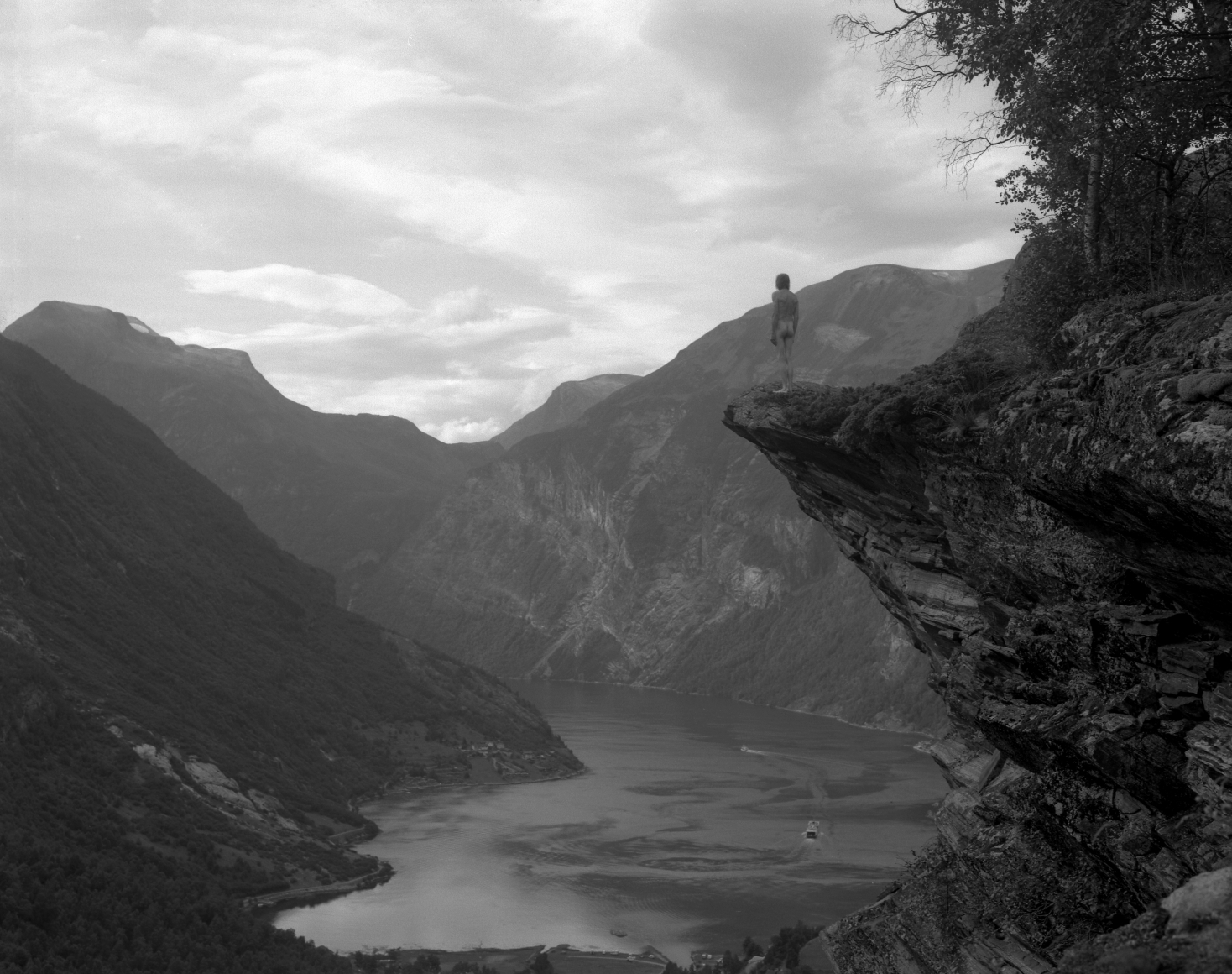 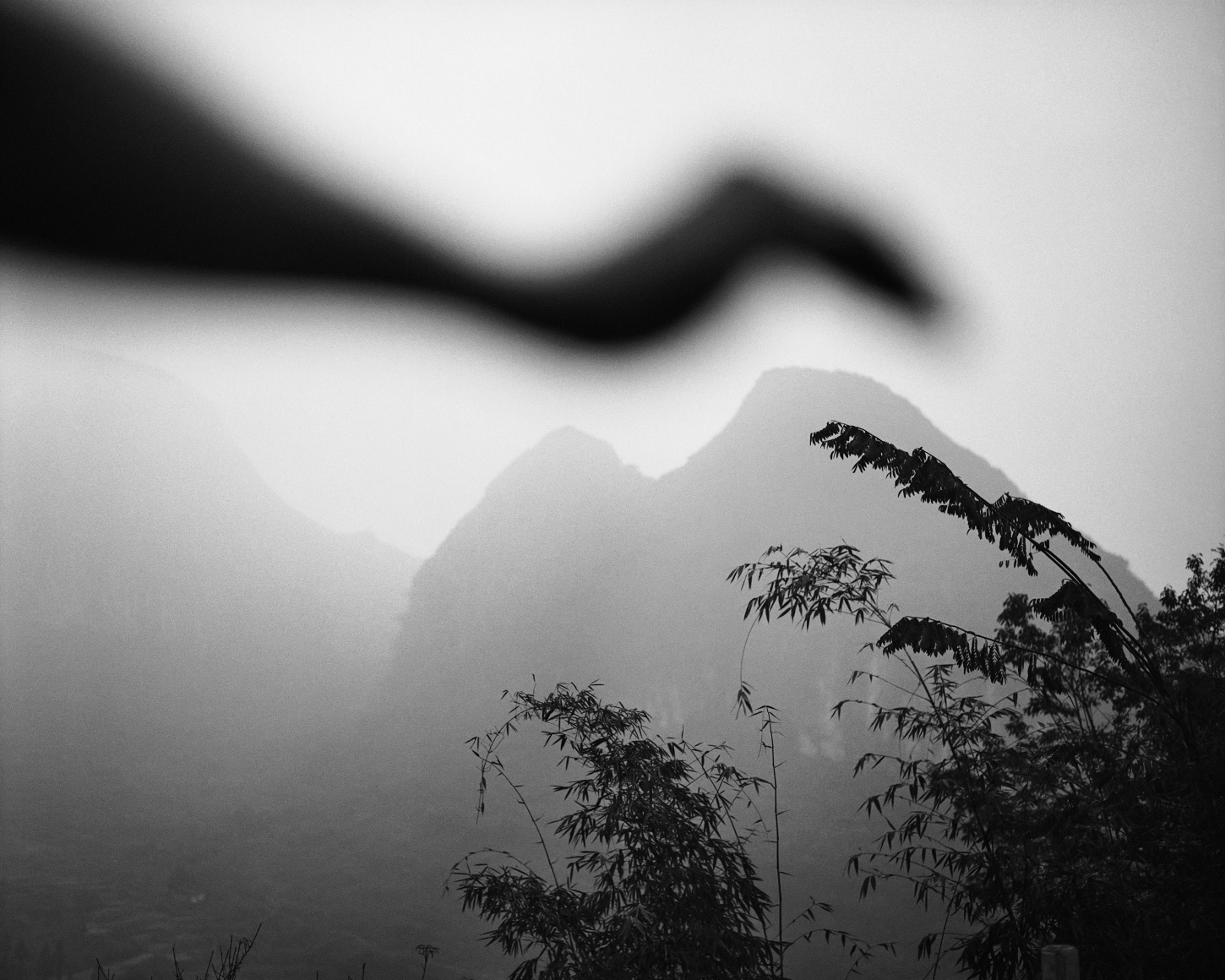 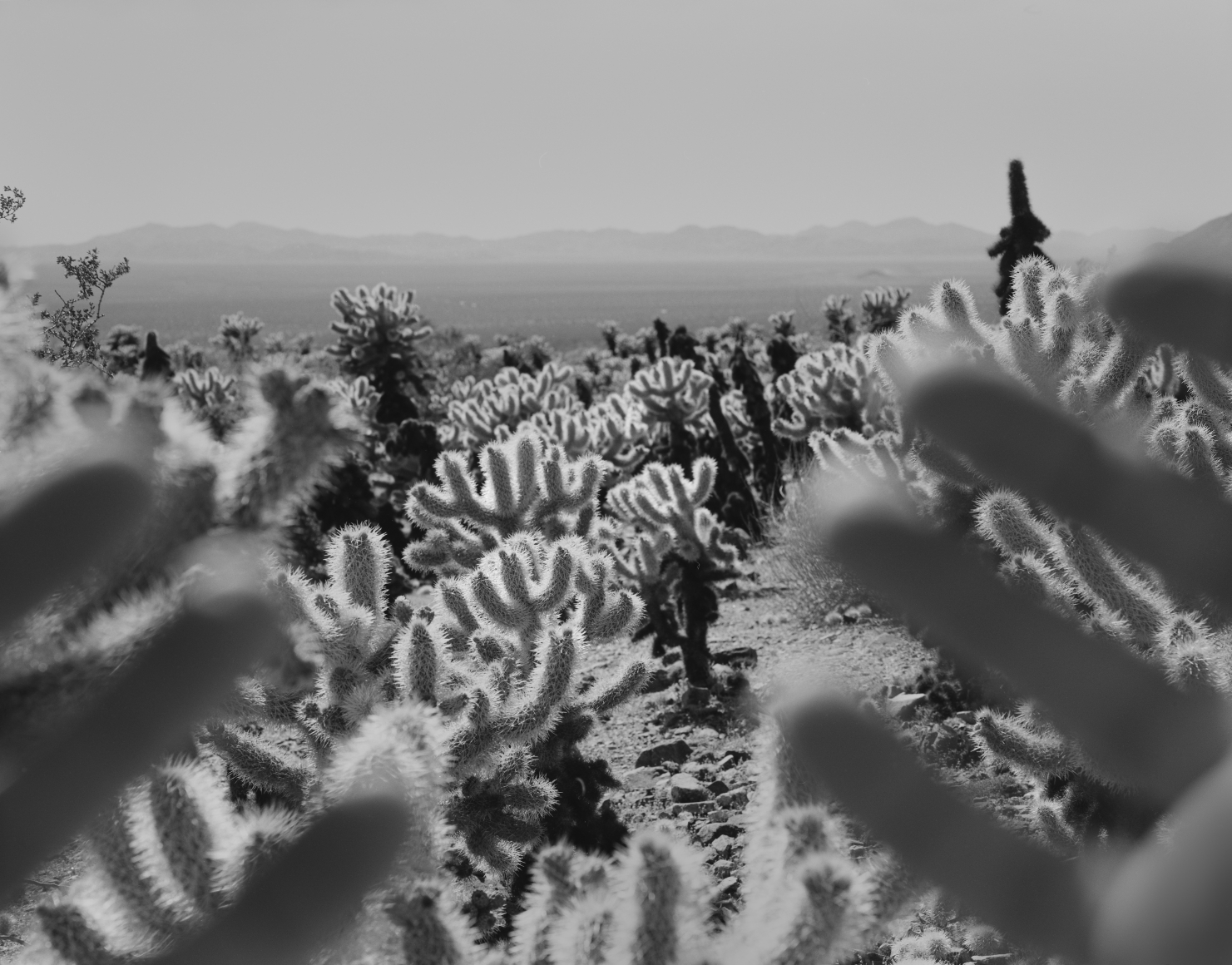 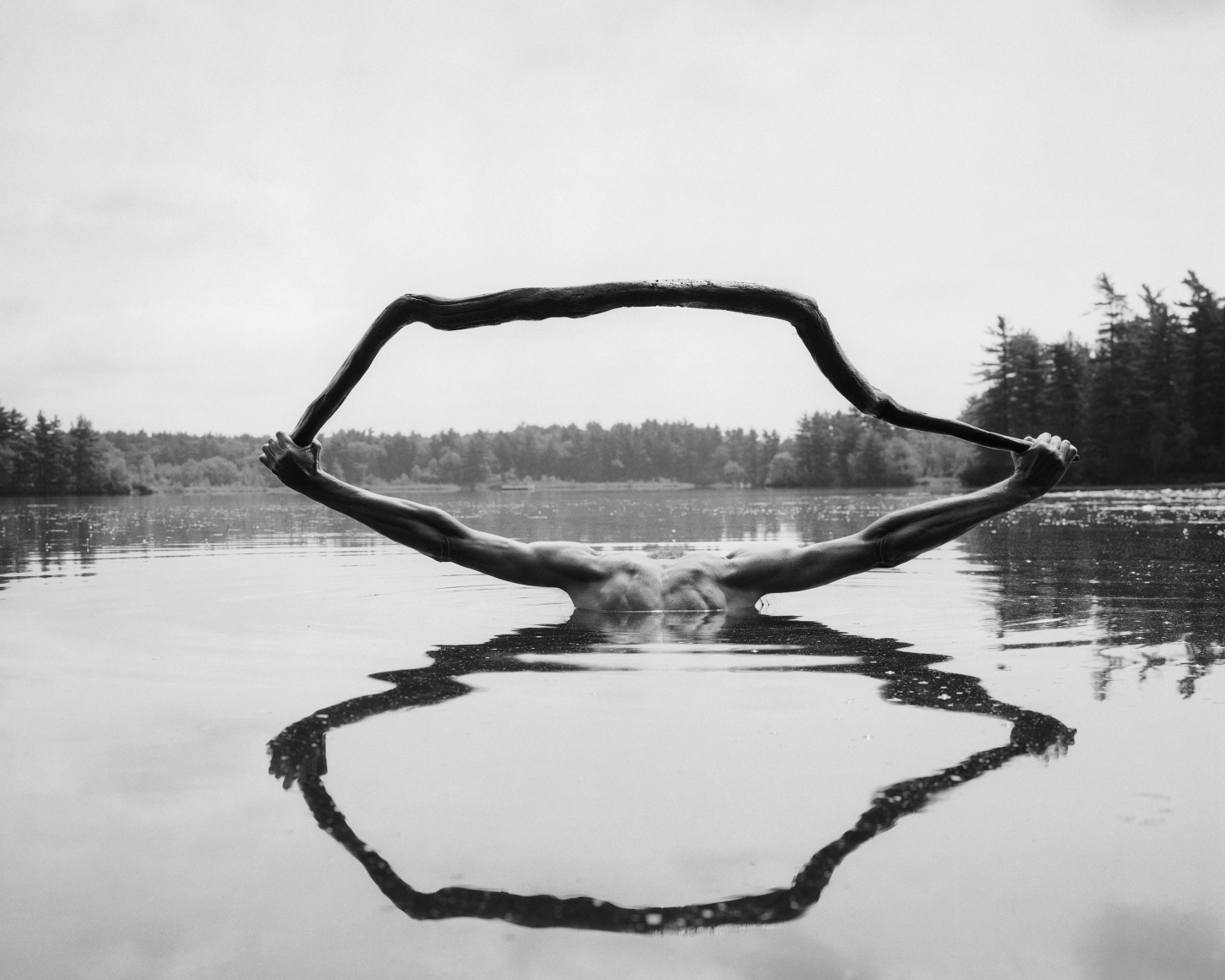 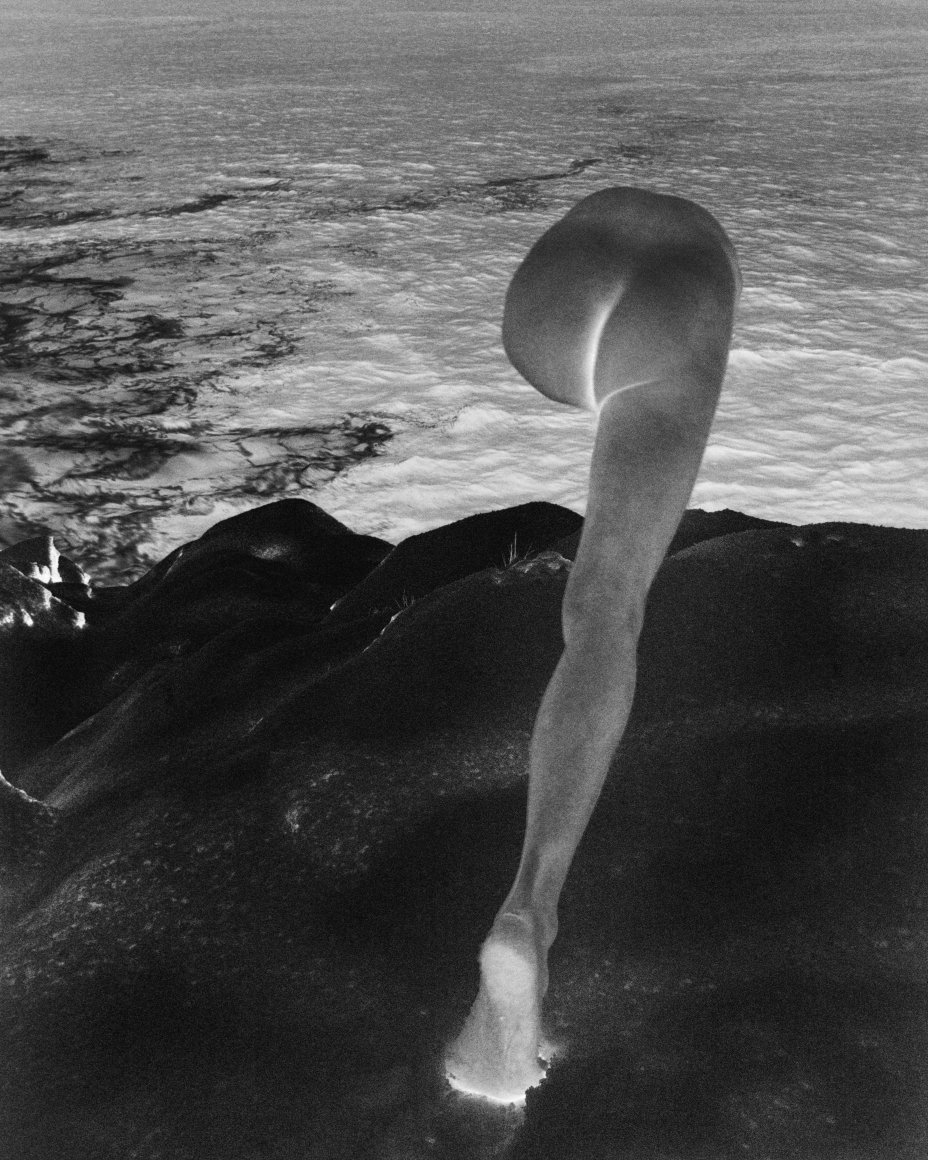 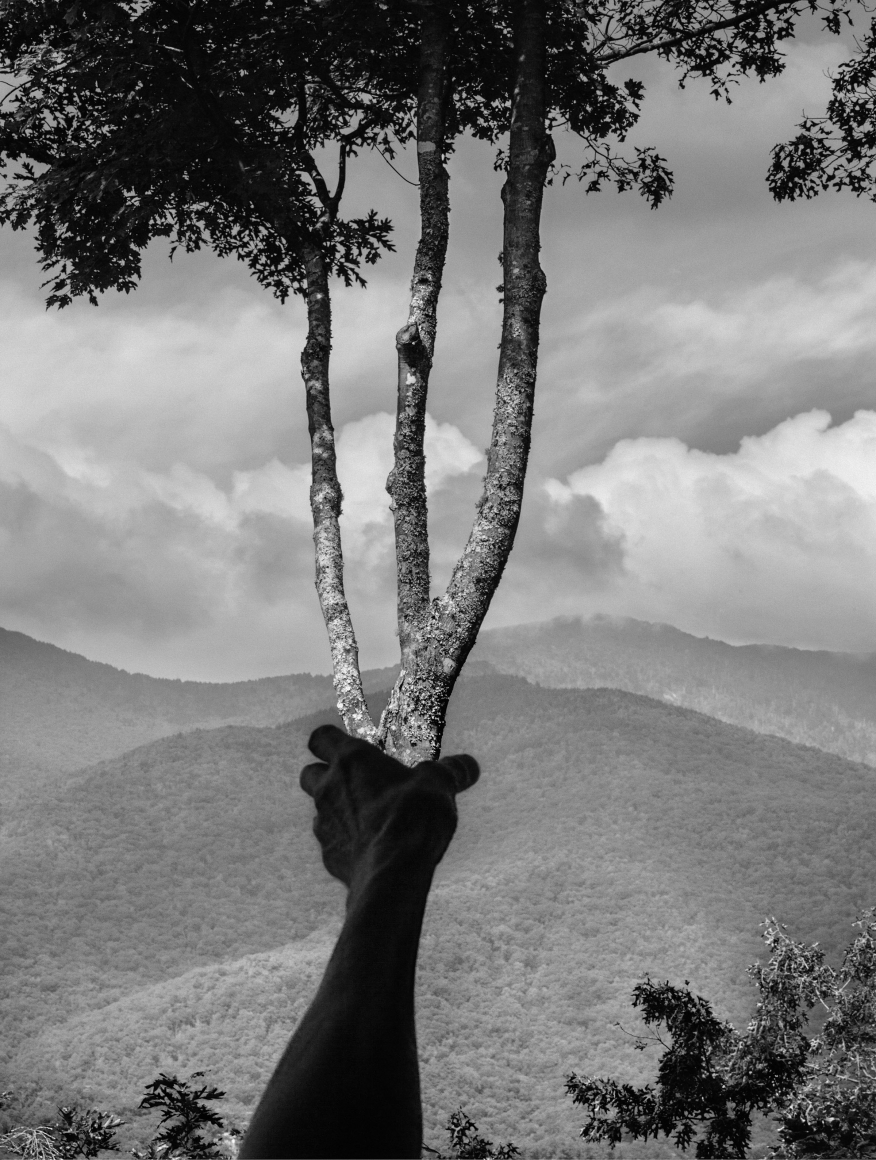 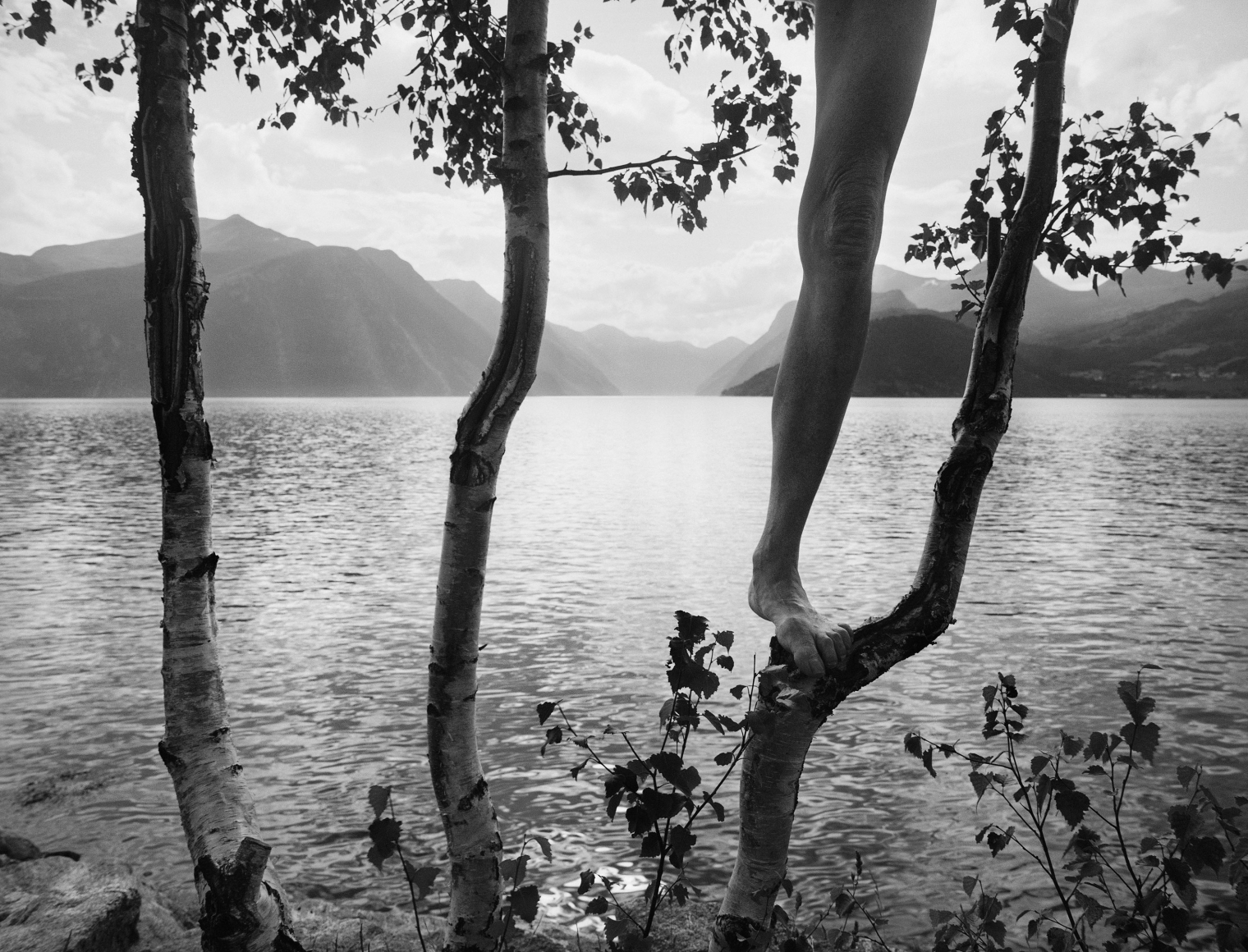 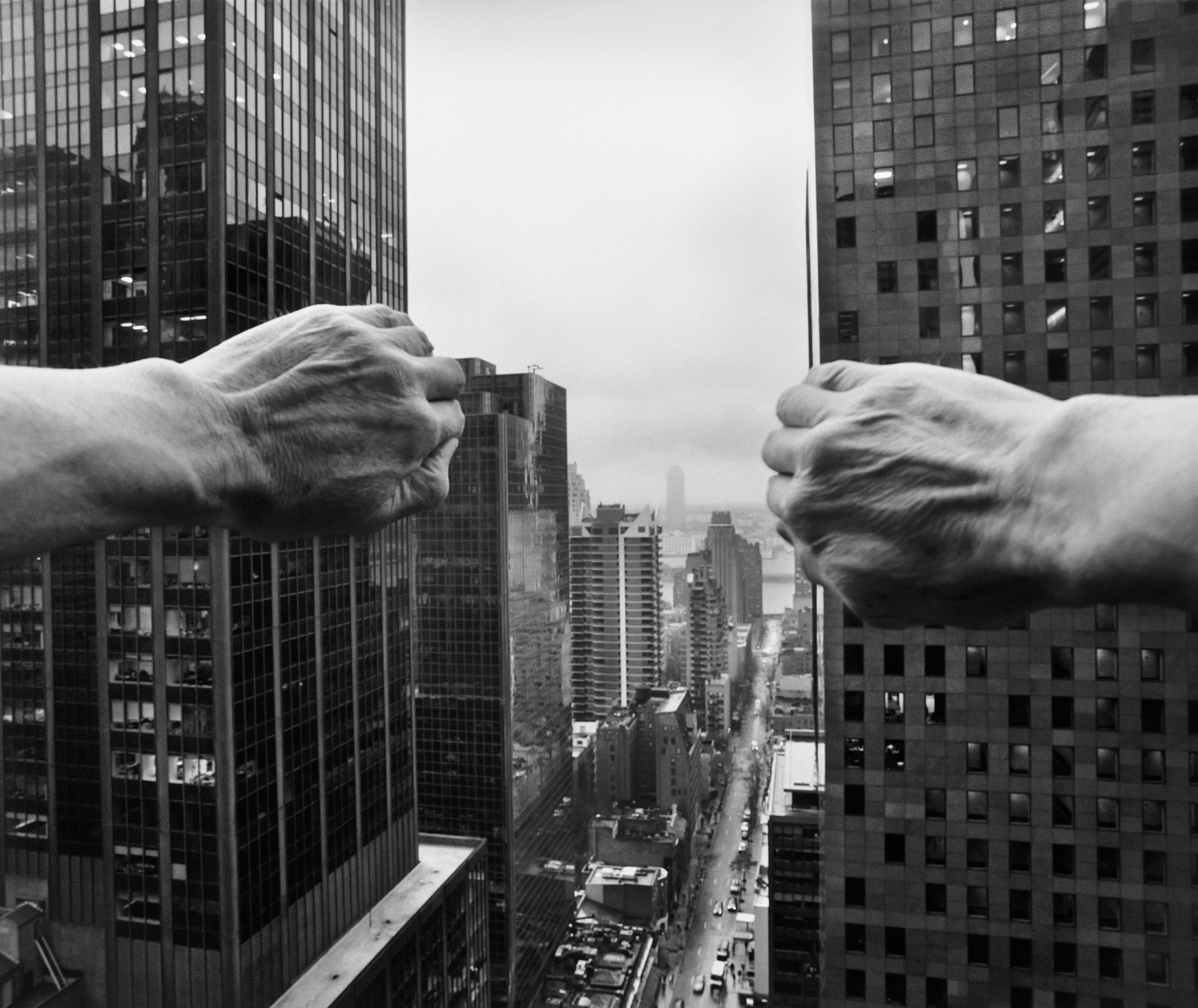 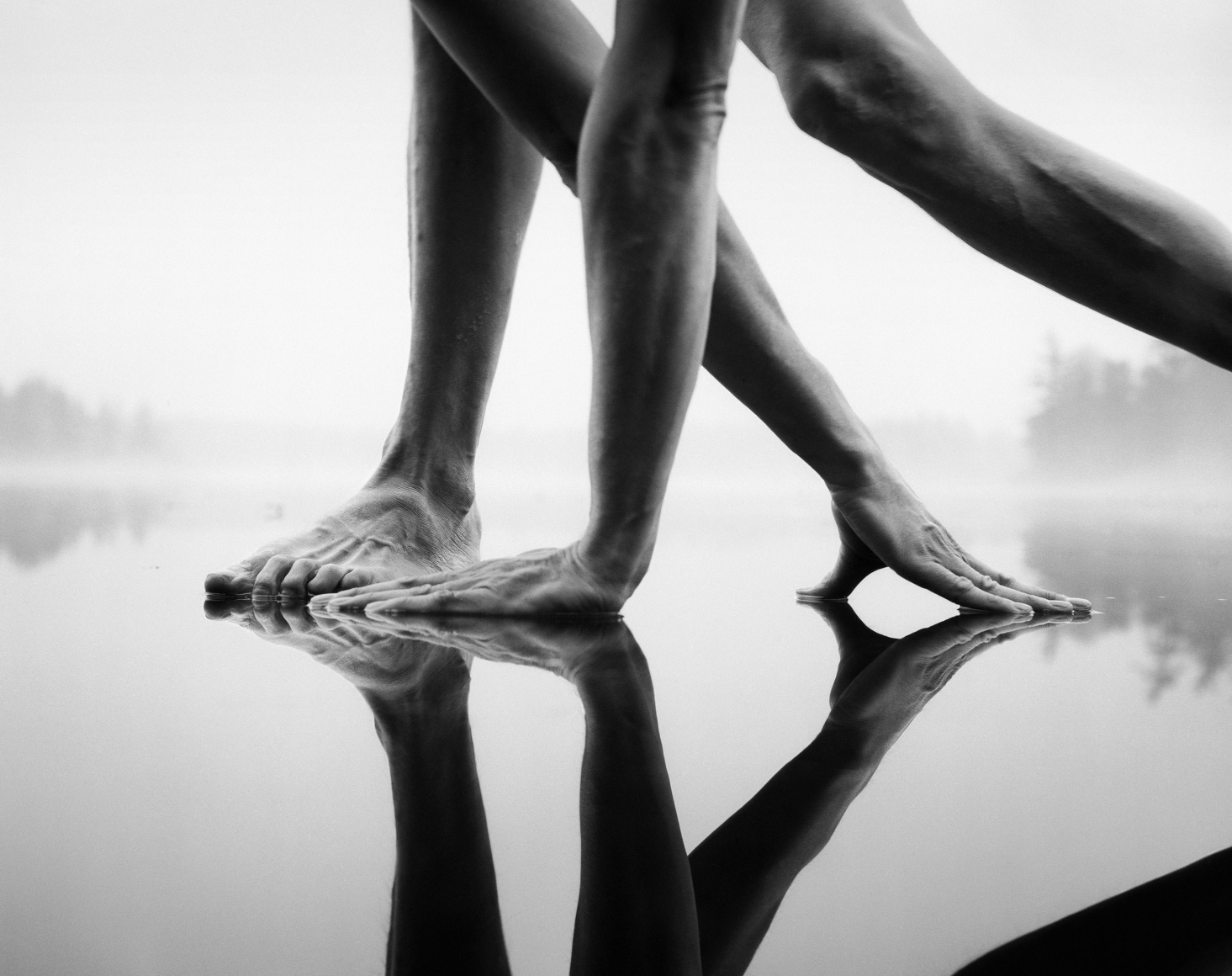 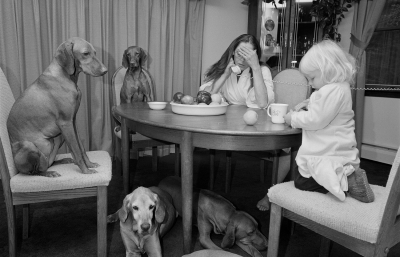 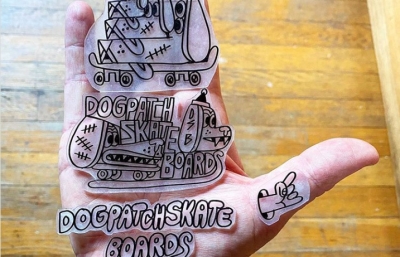 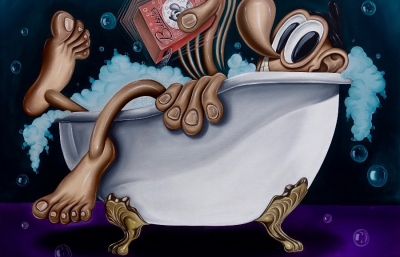 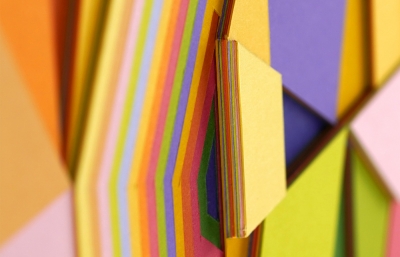 Addition by "Subtraction": A Conversation with Huntz Liu 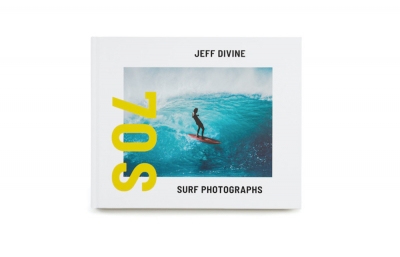 Celebrating fifty years since Minkkinen embarked on his epic exploration of the central theme of his nude body in nature,  Arno Rafael Minkkinen: Fifty Years at Edwynn Houk Gallery illustrates his work’s continuous capacity for innovation and self-reflection. Relying purely on the primal abilities of his own body, Minkkinen contorts his limbs into gravity defying poses that often appear physically impossible. The artist never digitally manipulates his negatives and works alone using a simple 9-second shutter release, affording him just a few moments to pose for each photograph. The resulting images are characterized by stillness and tranquility, but the process can be quite difficult or even dangerous, as Minkkinen pushes the limits of his body to capture each shot.

Deeply inspired by nature, Minkkinen allows the organic forms in his outdoor surroundings to guide the compositions of his images and the shapes his body assumes. He creates surreal self-portraits by seamlessly blending his own body with the natural elements so that each photograph becomes a visual puzzle of where the landscape ends and his limbs begin—as he “makes communion” with nature. His works are a reminder of the fickle nature of perception, and his process is a meditation on the interconnectedness of humans and nature, and how we experience the world around us through our physical bodies. Minkkinen’s photographs are at once visceral and poetic, each one a new discovery in what he describes as his “continuity of vision.”

Addition by "Subtraction": A Conversation with Huntz Liu 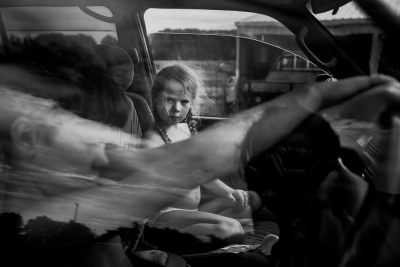 Sheltering in Place: Niki Boon and Childhood in the Raw 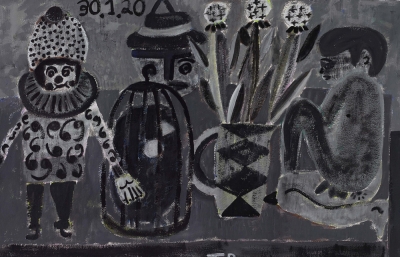 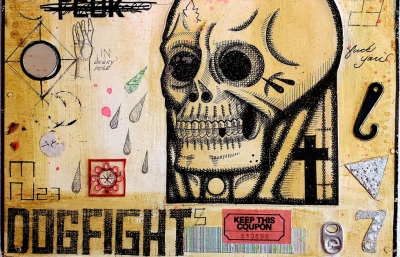 A Faster Hallelujah: Carlos Ramirez on the Coachella Valley, A Sense of Duty and John Lennon