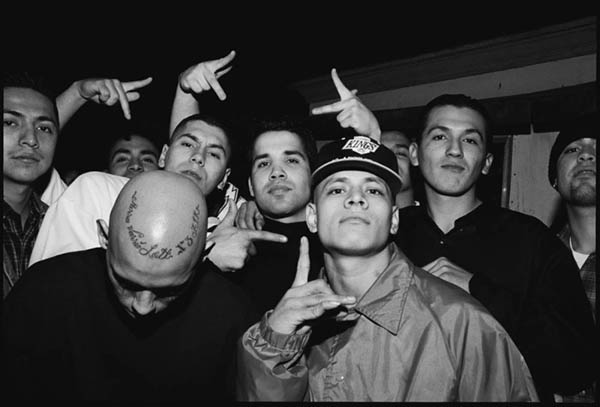 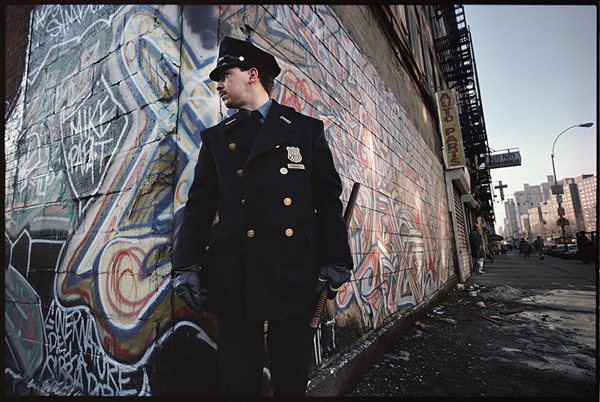 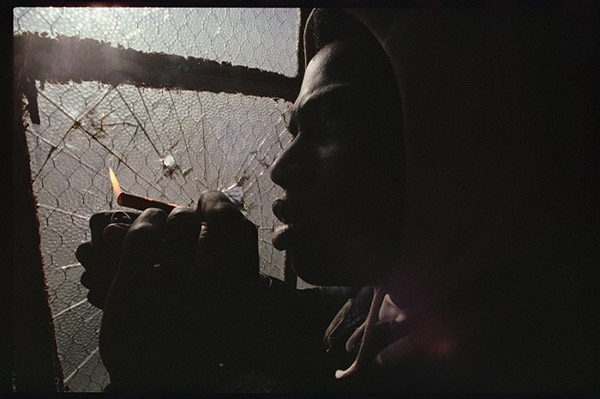 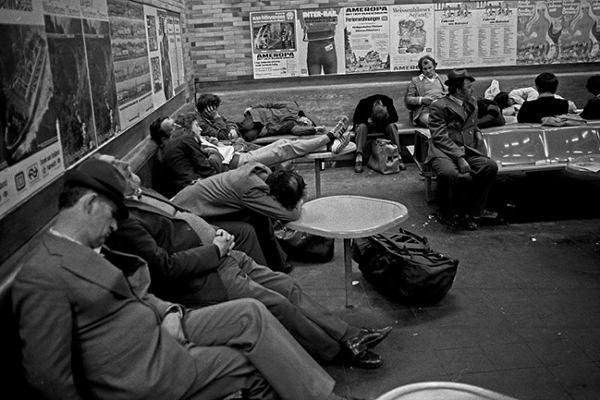 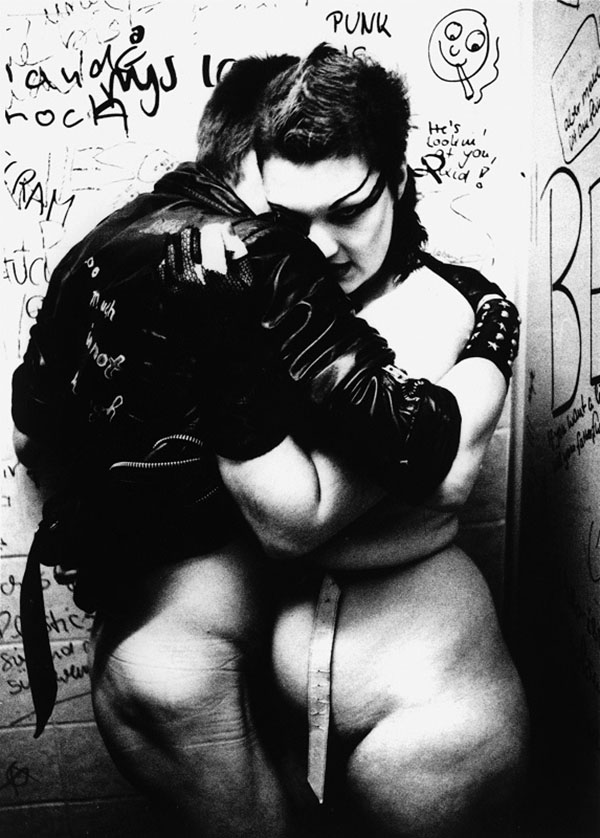 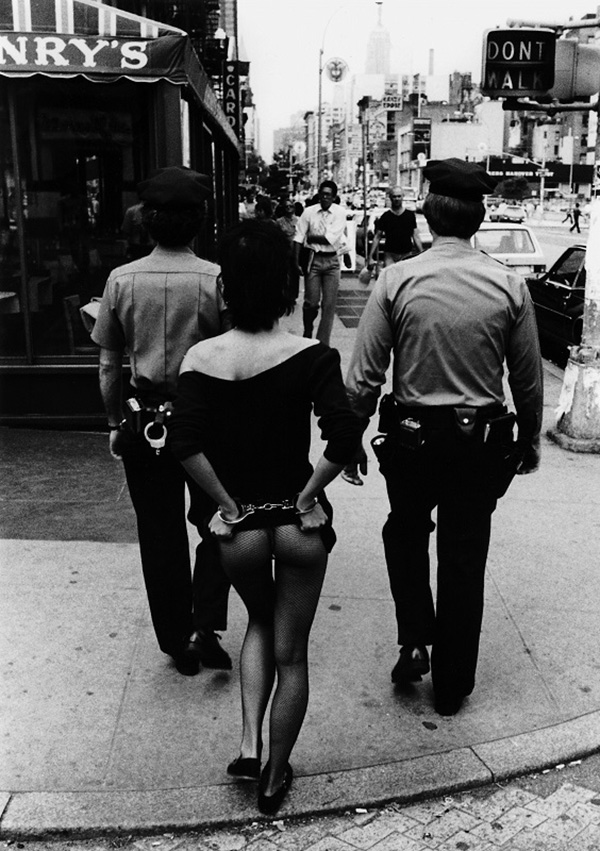 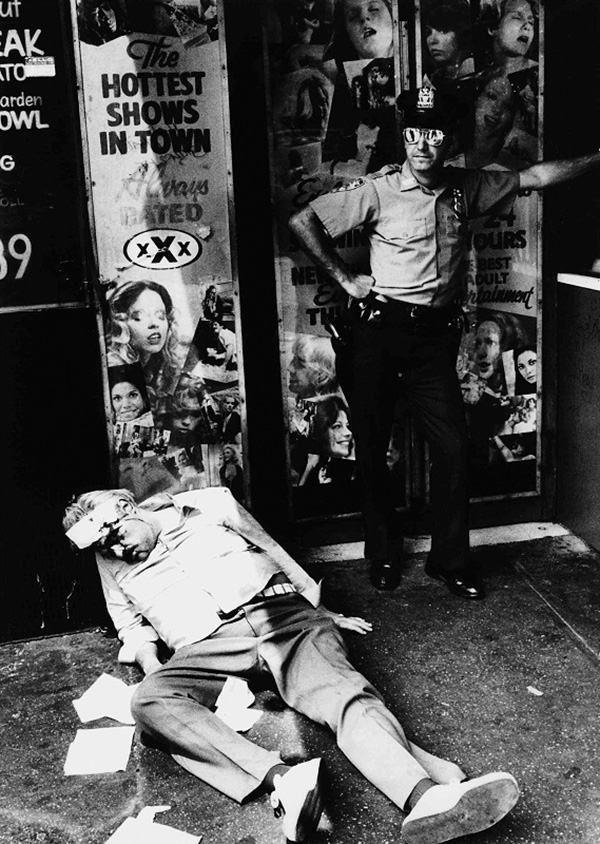 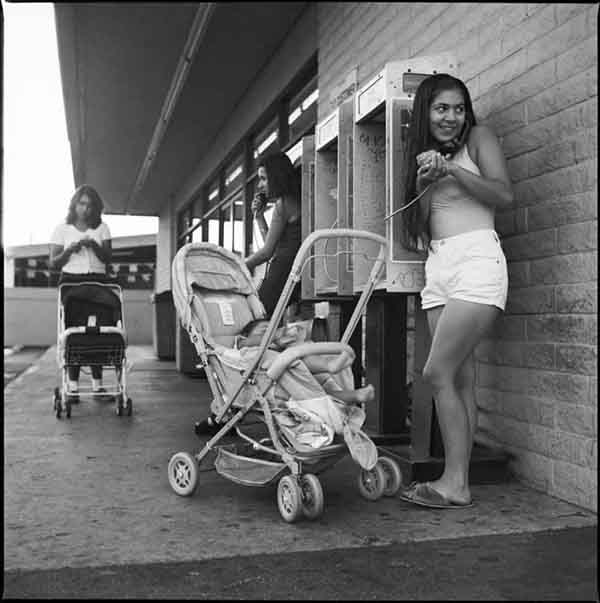 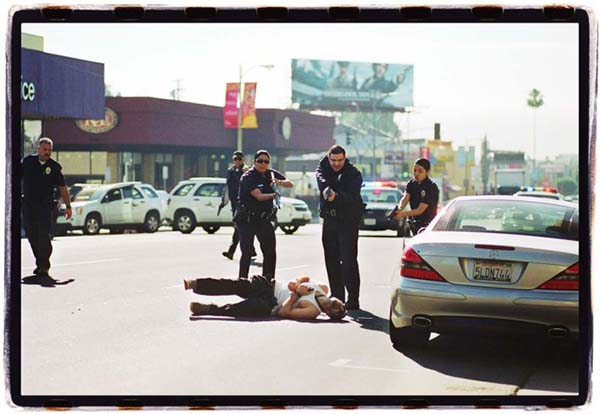 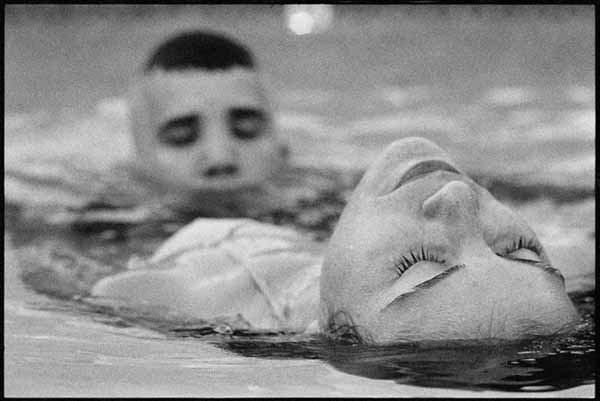 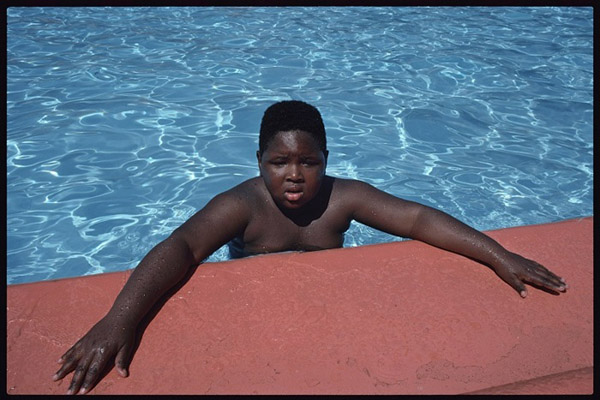 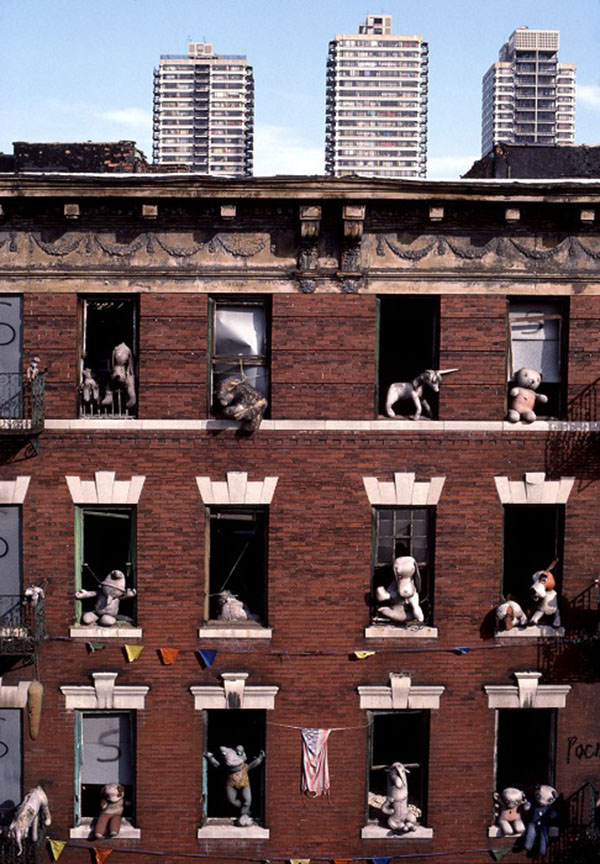 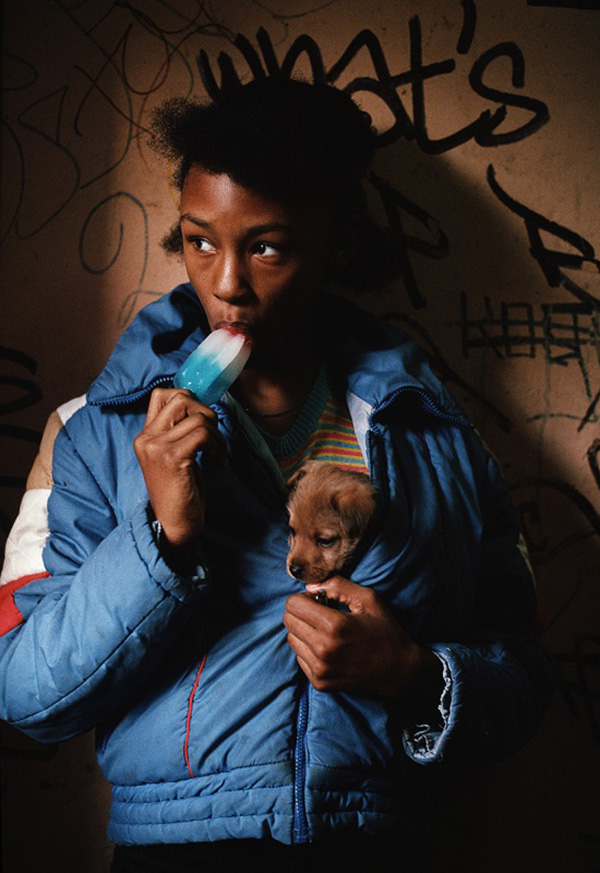 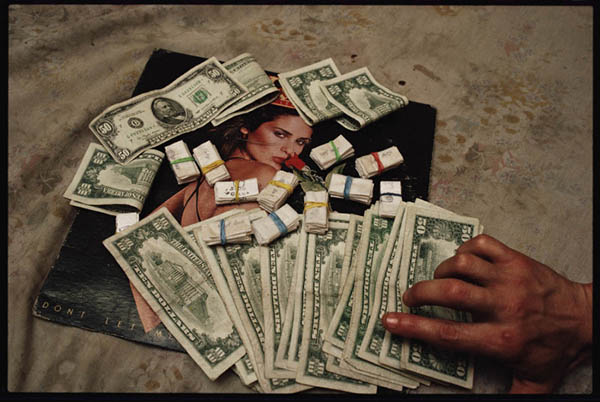 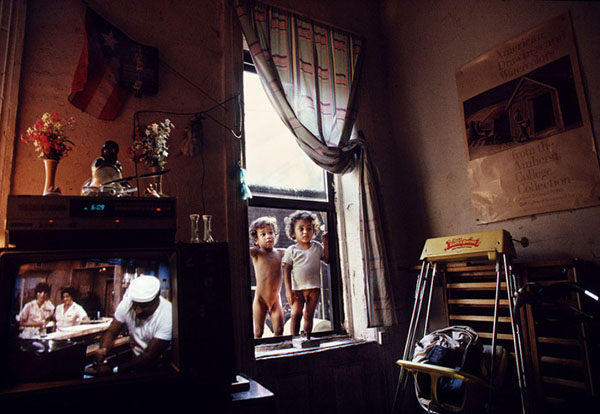 Last month, Hardhitta Gallery in Berlin held a group photography exhibition entitled "A Story to Tell," featuring the work of Gregory Bojorquez, Joseph Rodriguez, and Miron Zownir. “In a direct manner and in close proximity to people, with the camera lens always focused relentlessly on the situations, their works straightforwardly depict everyday life in different cities—from the west coast of California to New York and Berlin—since the 1970s until today,” the gallery says of this exhibition. We caught news  a little late and it only was only on view for a little over a week, so we thought the photographs were certainly worth a look even now.

Gregory Bojorquez grew up in East Los Angeles and initially photographed his friends and the people in his neighborhood. After gaining the trust of the notorious street gangs, he became the documentarian of this world. In 2011 he happened to witness a killing spree on Sunset Boulevard, which he captured with his analogue camera. Bojorquez grants viewers deep insight into the lives of people at the margins of society. Since LA Weekly became aware of his work, he also photographs public figures in an authentic and close manner.


The work by award-winning New York documentary photographer Joseph Rodriguez, who was honored with his first retrospective in Germany last year at Hardhitta Gallery, is also characterized through his intimate and authentic view of minorities within society. This exhibition shows works from his first major project, Spanish Harlem, which was developed in the years between 1985 and 1989 and in 1991 for the cover story of National Geographic. Rodriguez’s award-winning work is regularly published in prestigious magazines such as The New York Times, Der Spiegel, Stern, and National Geographic. Recently, his works were part of the exhibition Our America: The Latino Presence in American Art at the Smithsonian American Art Museum in Washington.


For more than 30 years, Miron Zownir, the “poet of radical photography,” has chronicled the dark side of human existence. In his works, which were created in the late 1970s in Berlin and New York, he focuses on misfits, outlaws, and outsiders of society. Whether it was the sex piers in New York’s West Village or Bahnhof Zoo in Berlin at the time of Christiane F.—Zownir’s images reflect the zeitgeist of those times.
His socially critical work has been featured in numerous exhibitions, such as Darkside I and Darkside II (2008/2009) at Fotomuseum Winterthur (Switzerland), together with works by Nobuyoshi Araki, Nan Goldin, Robert Mapplethorpe, Weegee, and Larry Clark.