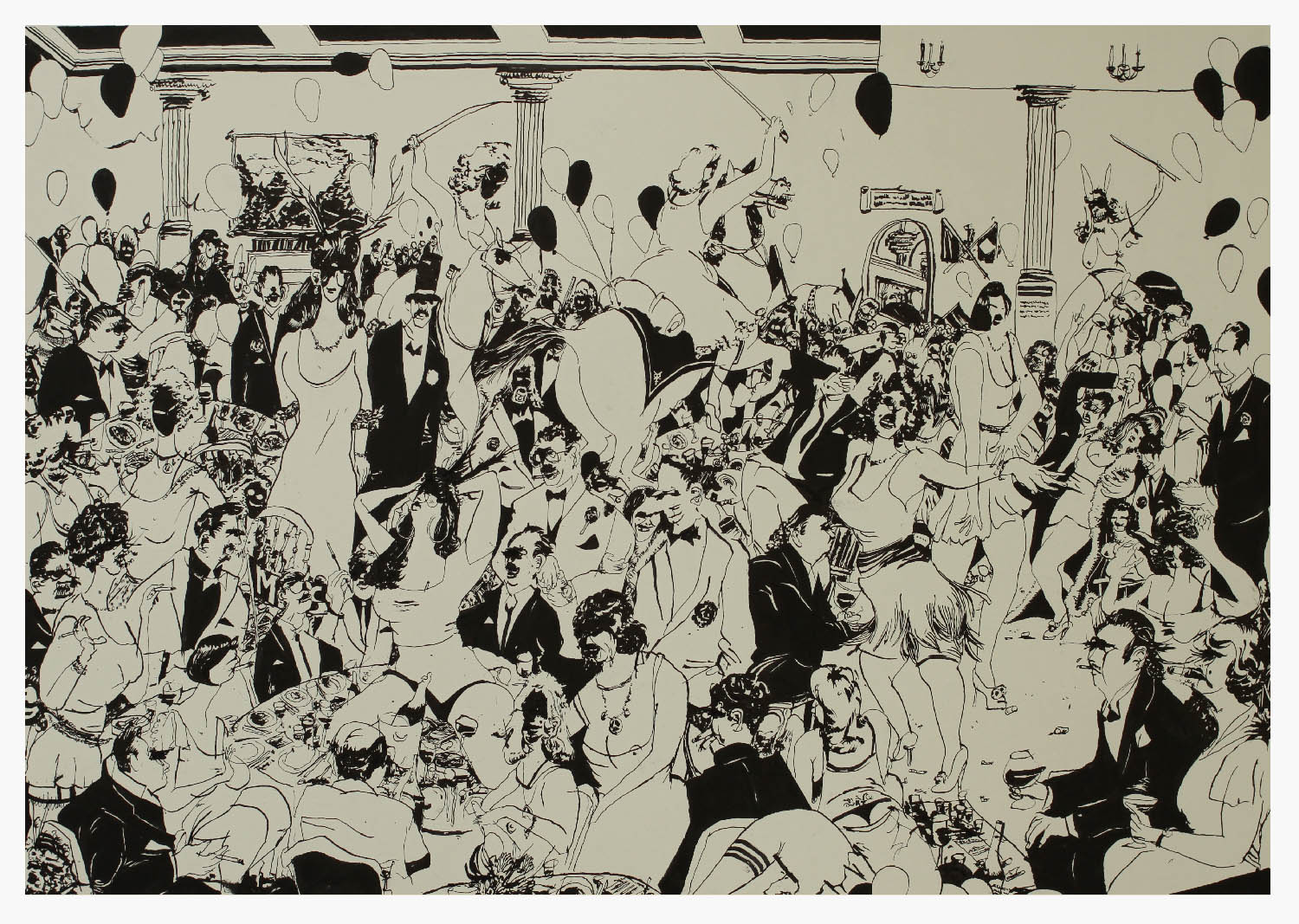 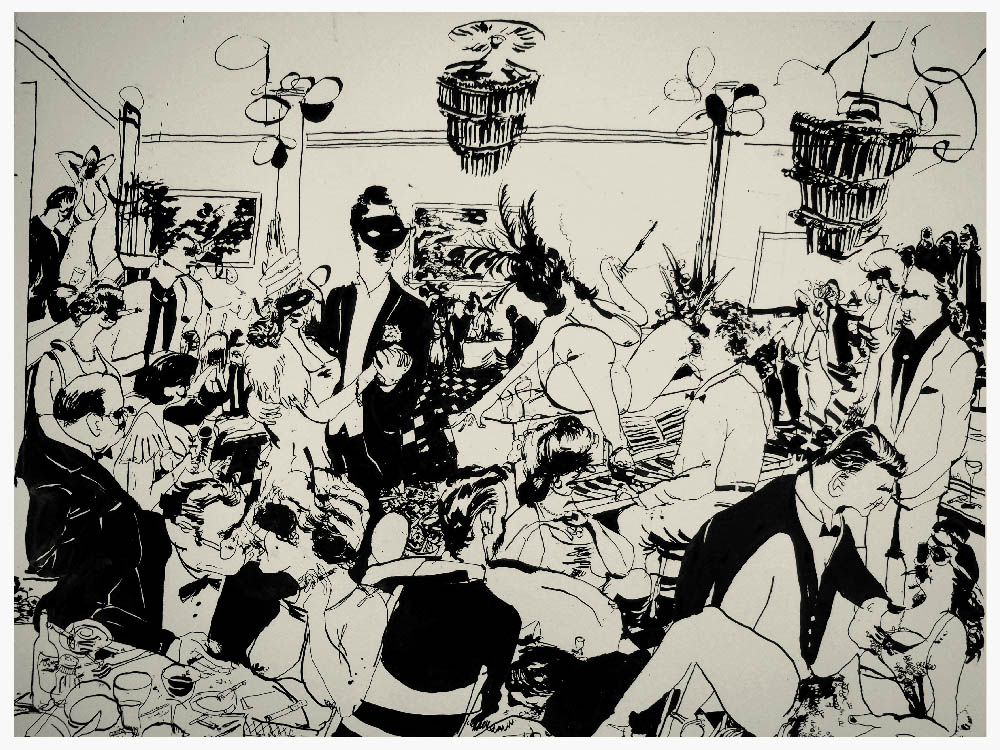 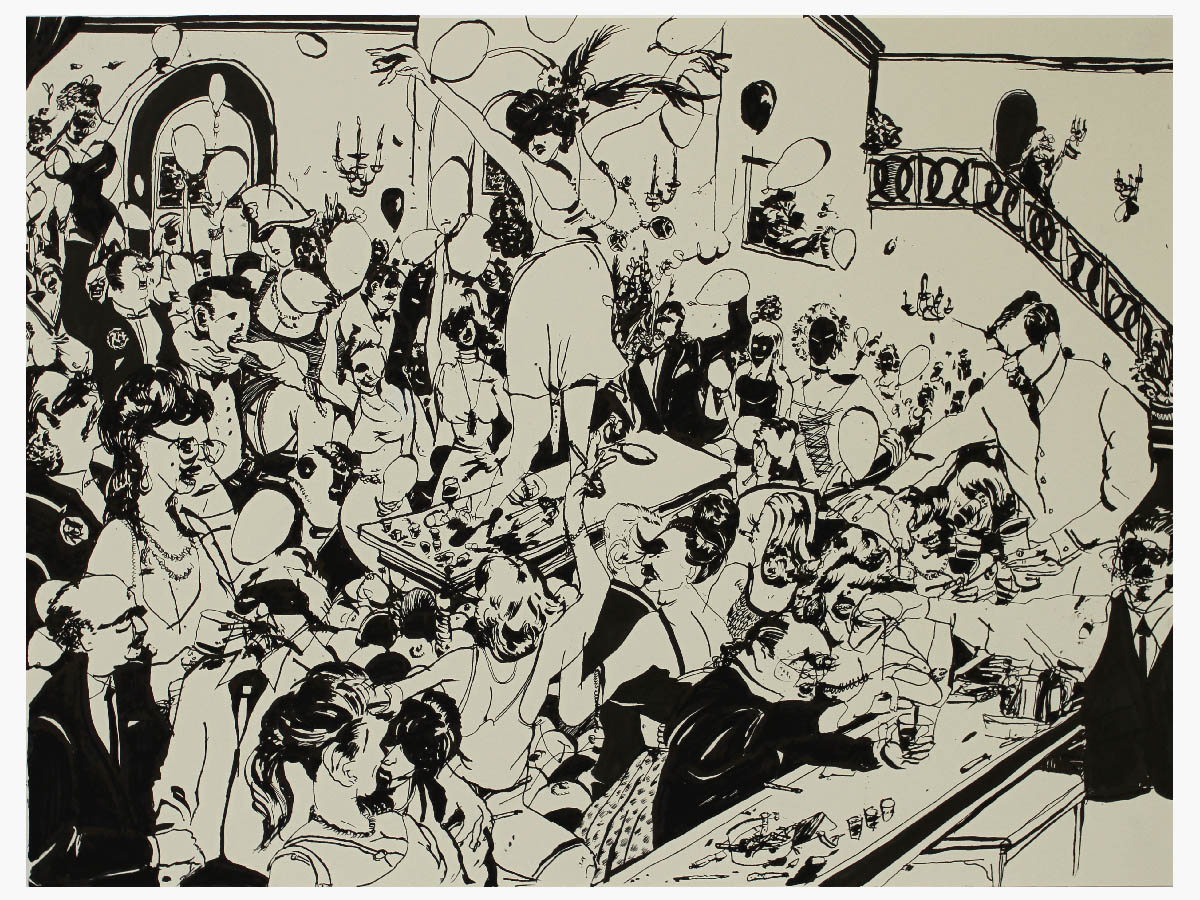 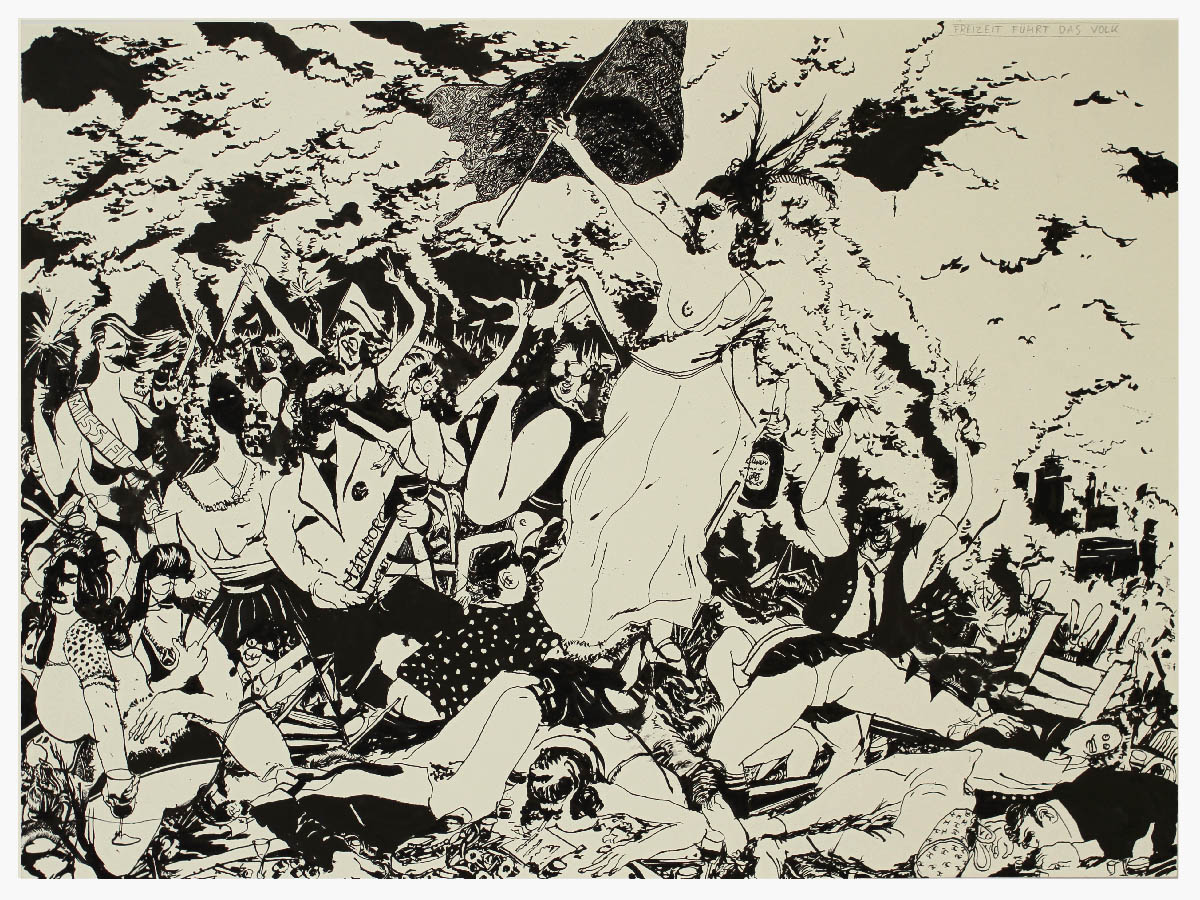 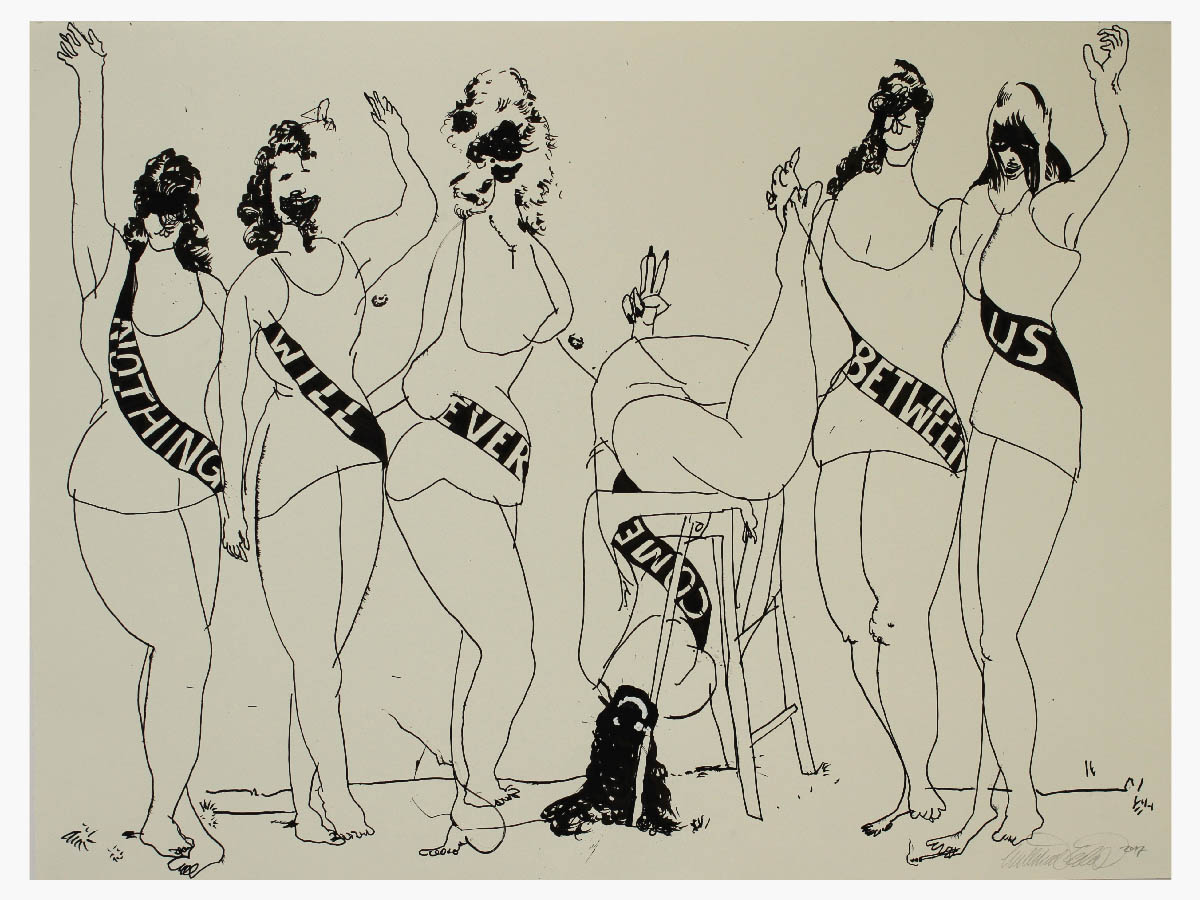 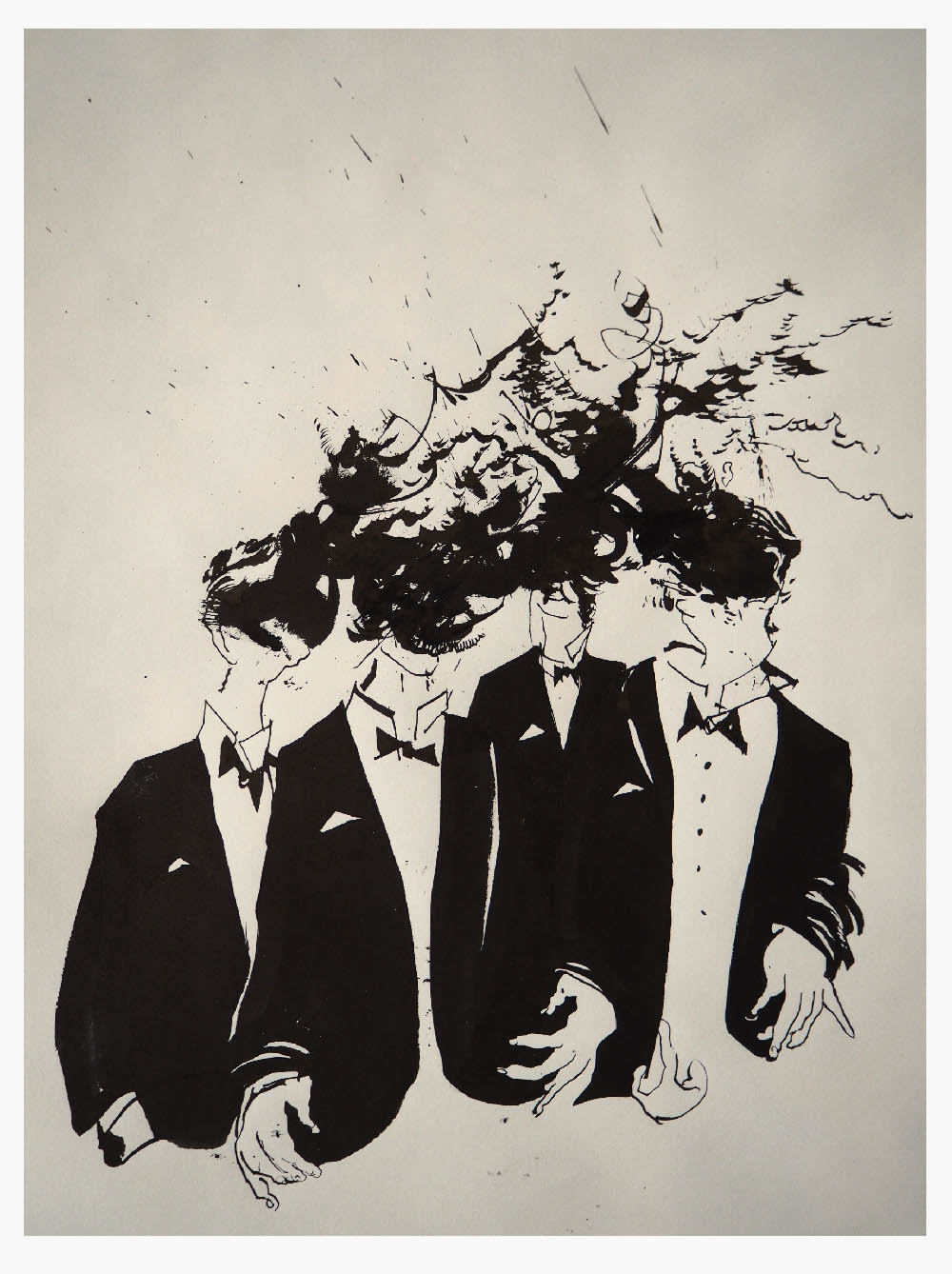 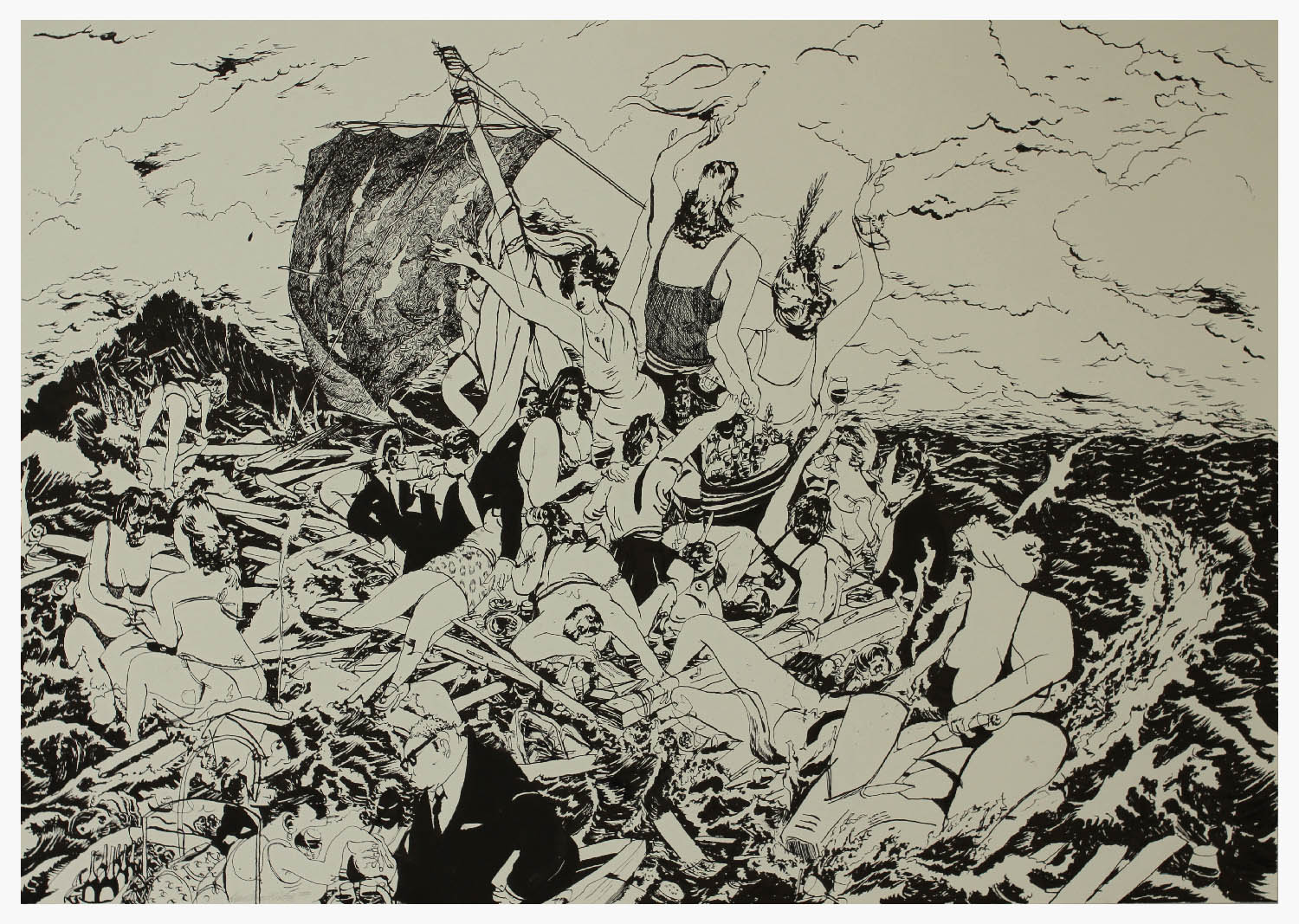 On the 18th of March A Juan Project in Amsterdam will be opening a solo show by Willehad Eilers aka Wayne Horse. The German-born and Amsterdam-based artist will be showing Alles Wird Gut (All will be good), an exhibition consisting of ink drawings that celebrate decadence, encounters, mutations, romance and disgust.

After moving from Germany to Amsterdam in 2000, Eilers graduated from the Rijksakademie and got involved in the local street art scene. A few years later he became tired of squeaky clean lines and producing work that says, "Look, I got skills," so he started exercises named "breaking the hand." Using different methods to distract what he worked for years to attain, he was aiming for the work to carry a spirit of looseness, possibility and punk. Drawing blind, drawing contours, left handed drawing, speed drawing, drawing to metal, and drawing intoxicated all resulted in a visual language that is spontaneous and free. These expressive, imperfect lines that are drawn immediately, are the base of his new body of work in which the process is a big part of the finished piece. Loosely depicted, the new drawings show scenes of large crowds going wild and indulging in all sorts of pleasures. As scenes of victorious parties after a big triumph, they carry a positive message under all the vintage debauchery. In this manner he is using the compositions of historical paintings such as "La Liberté guidant le peuple" and "The Raft of the Medusa" but replacing the politically charged masses with modern day festival crowds. Influenced by the tensions present in the world today, Eilers' drawings shout "The world is burning. Close your eyes and dance, dance, dance." —Sasha Bogojev