While I Was Measuring The Sky, A Surprised Meteorite Fell On My Head: SuperBlast @ HVW8 Gallery, Berlin 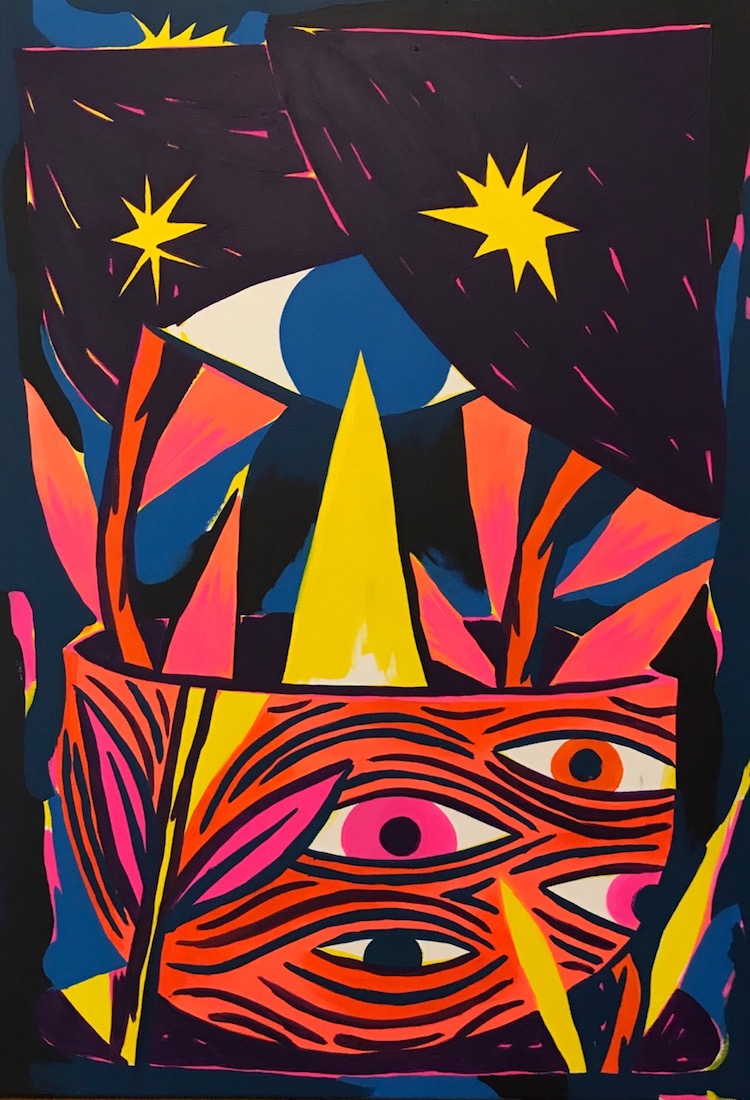 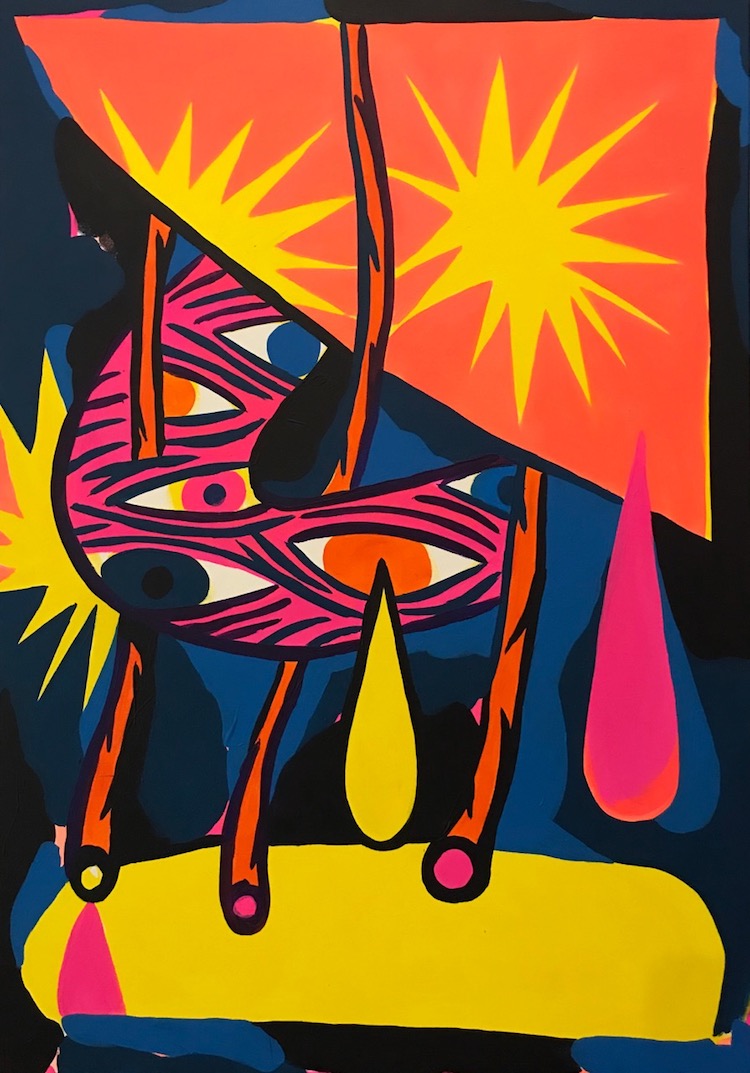 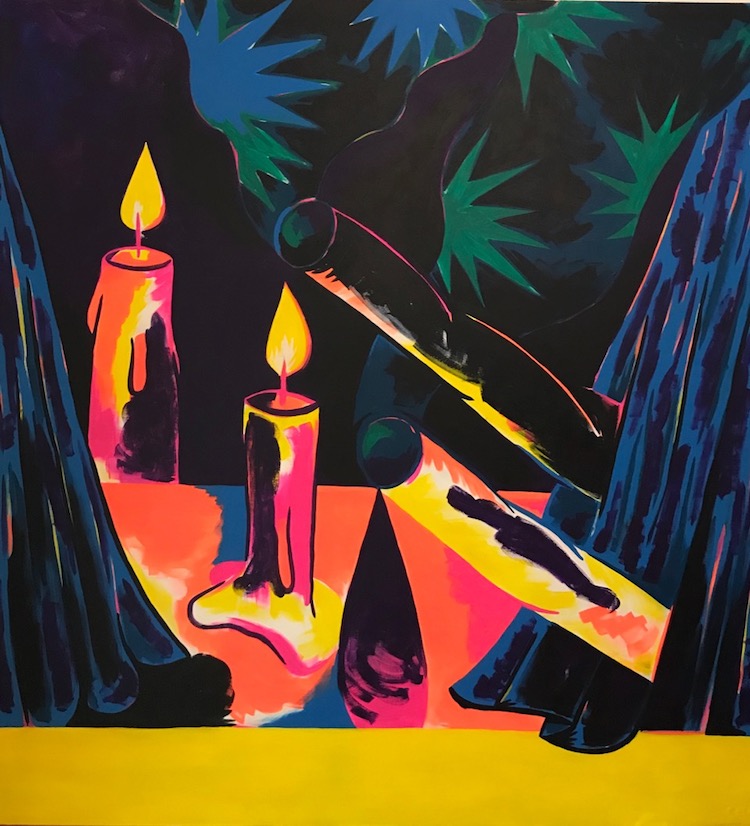 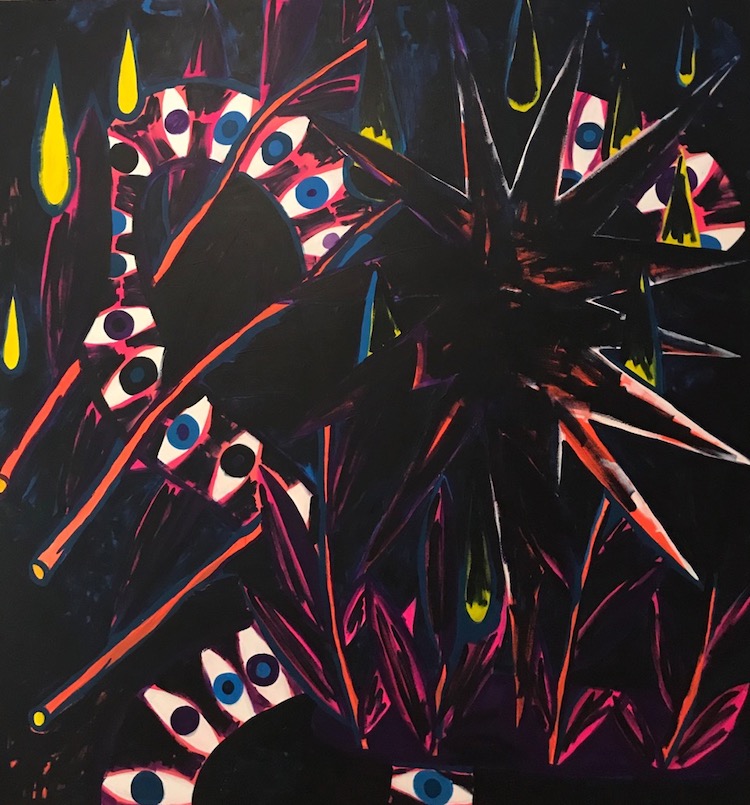 In bursts of neon paint, Manuel Osterholt/SuperBlast composes vivid odes to mortality and the human condition. On November 1, 2019, HVW8 Gallery in Berlin will open While I Was Measuring The Sky, A Surprised Meteorite Fell On My Head, where the artist brandishes surprising, unnatural colors, elements of nature, the celestial and the otherworldly to create warning signs, as if illuminated by a prophetic glow. Like a heatwave in fall, the paintings kindle age-old fables in the flicker of pink-orange candlelight, an ancient cycle of birth and destruction binds humanity and the natural world. Osterholt also presents a series of ceramic masks which reference both the traditions of ancient ceremony and ritual, and hiding in plain sight. These themes are unified in the glow of a lightbox installation, a visceral gesture playing the tension between light and dark.

While these works possess Osterholt’s signature iconography, the artist embraces a looser mode of expression than his usually-refined graphic style. Painterly strokes and sketching signal a renewed urgency in his message, as well as a playfulness reminiscent of summers of his youth among the olive trees in Greece. The lucid mythologies encoded in the works also instill a dialogue about sacred tales of morality. Framed by the title’s impossible endeavor of "measuring the sky," Osterholt’s work brings into question the role of the ego in the imbalance between good and evil. Through the mirroring of forms such as raindrops and flames, a microcosm emerges for the stardust from which we came, and that to which we will return. —Brit Seaton