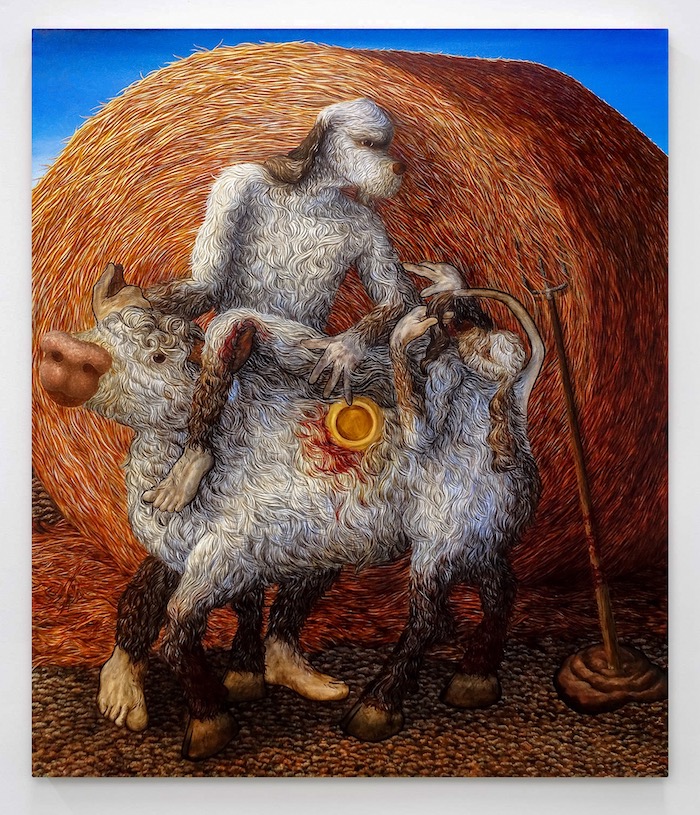 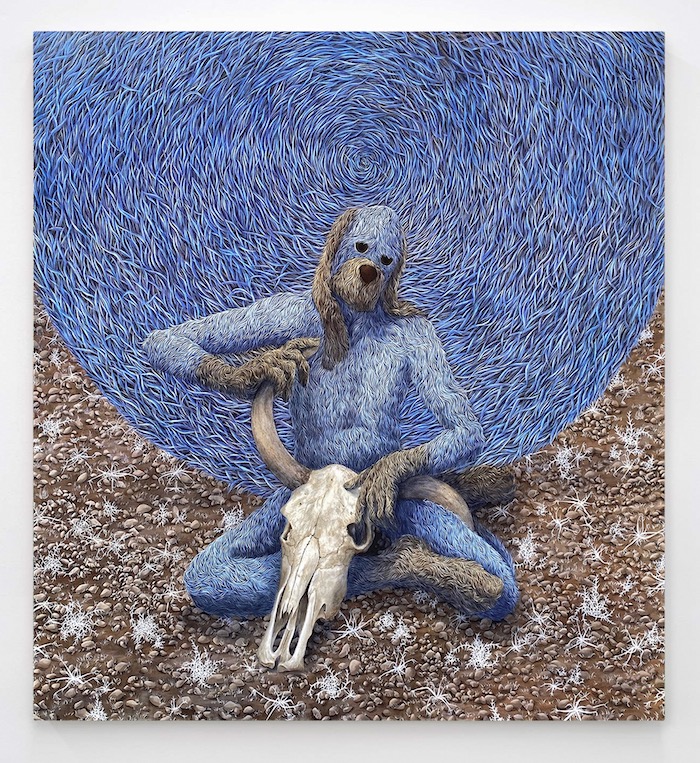 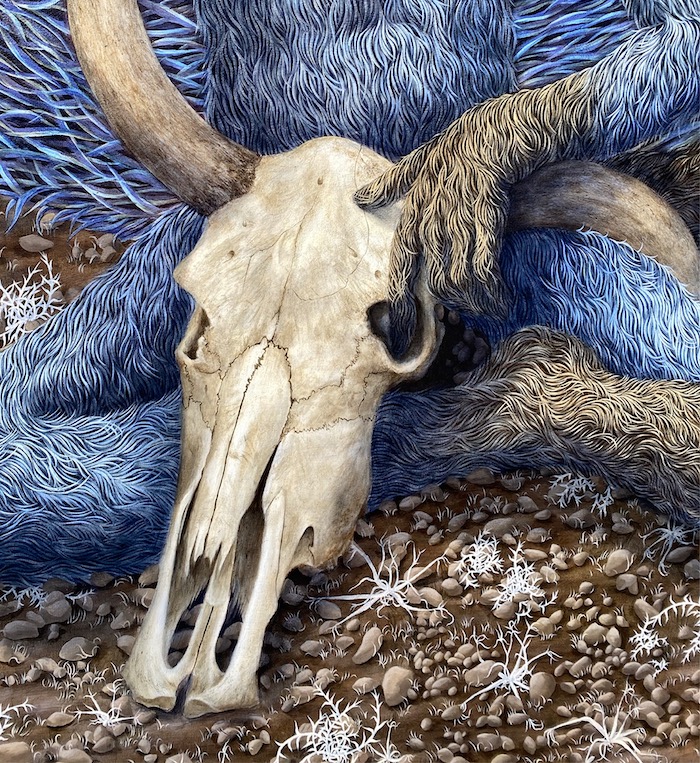 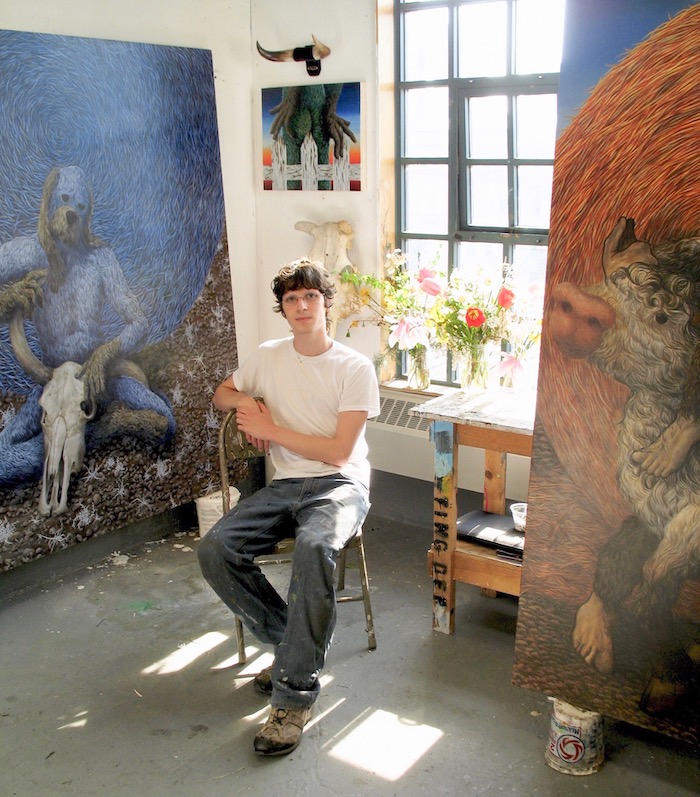 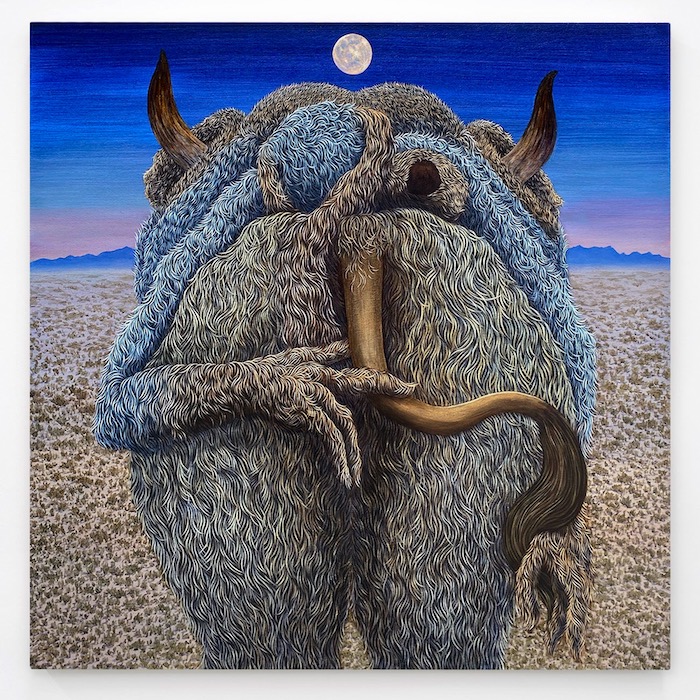 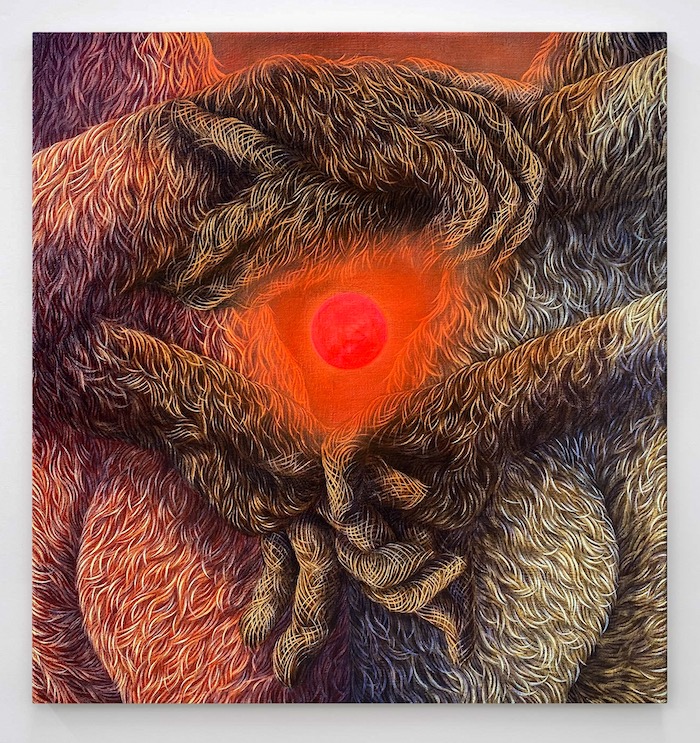 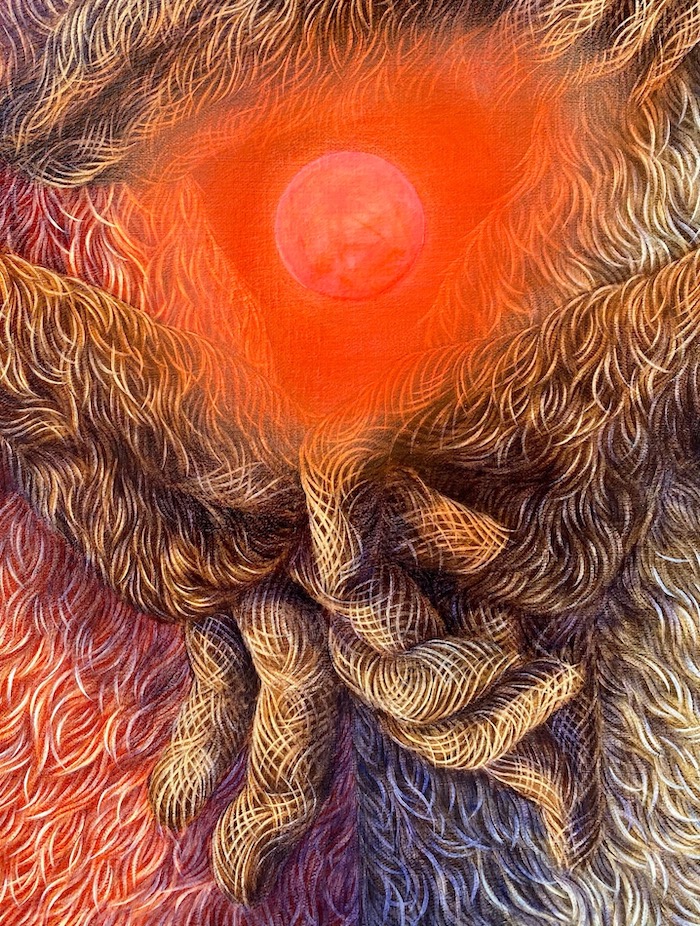 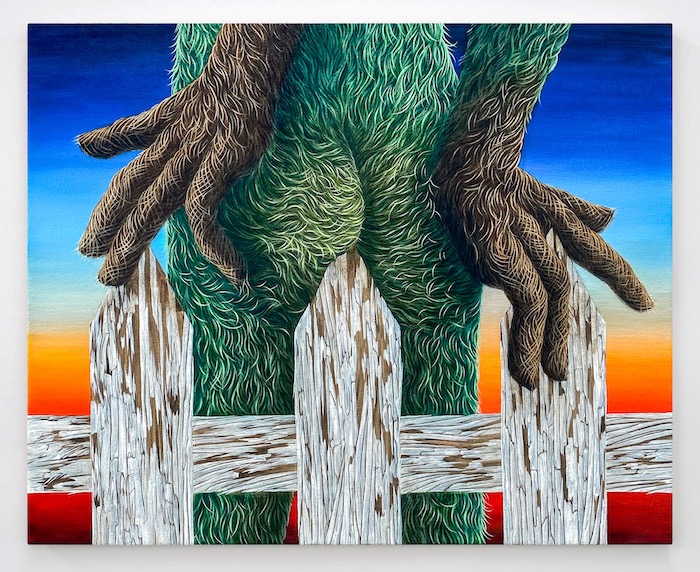 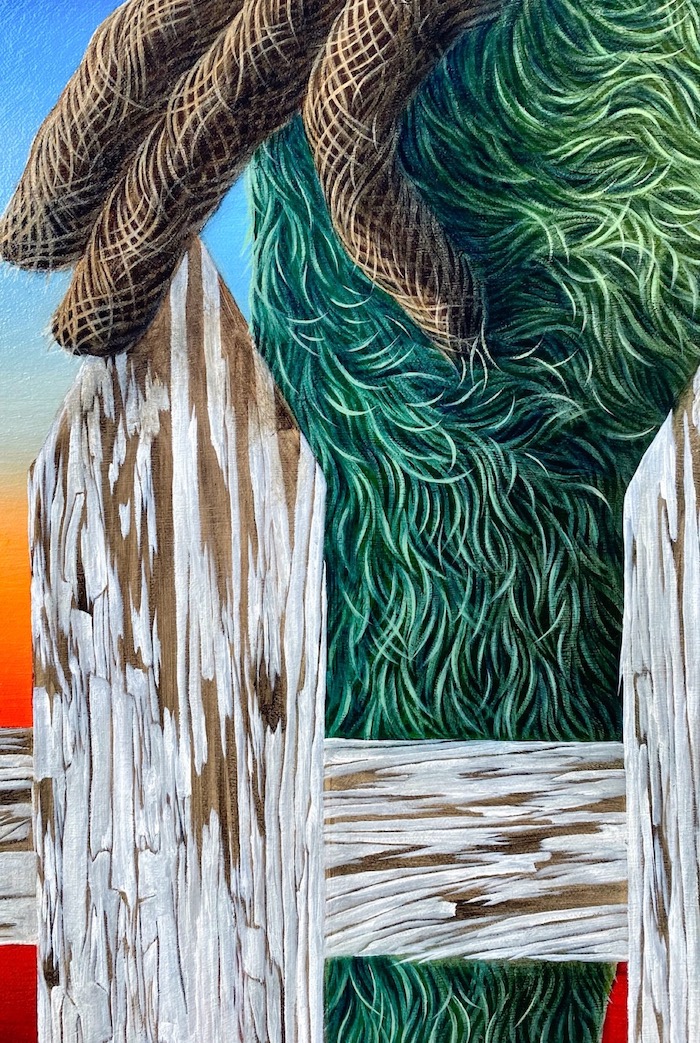 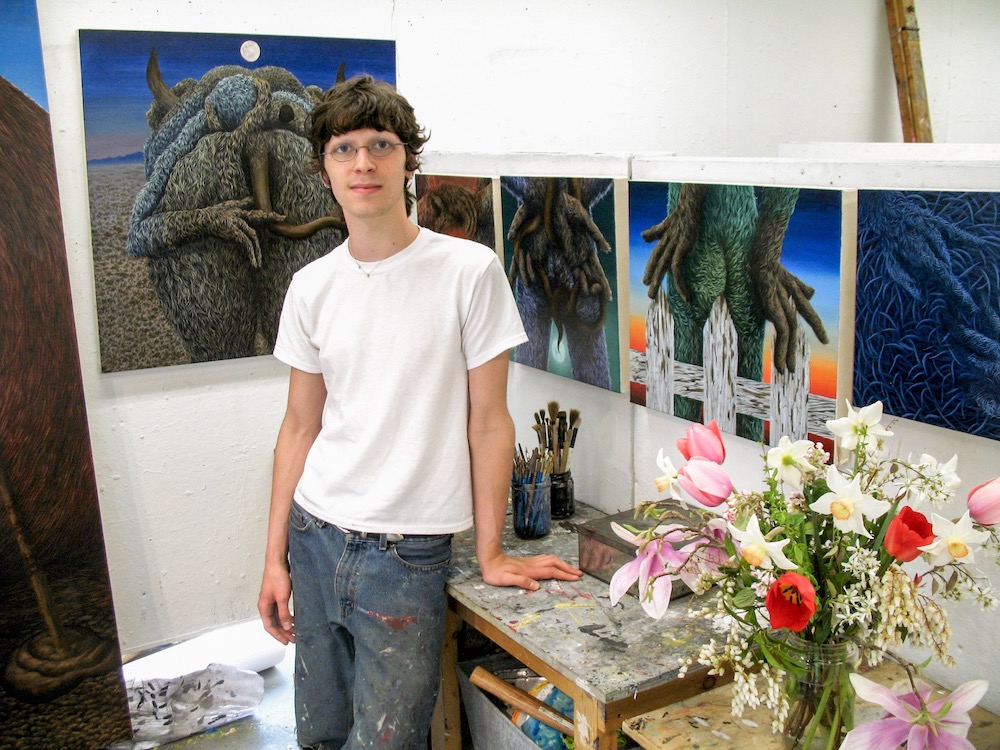 We've had our eye stuck on Drew Dodge's work for quite some time now, curious to see who will be the first one to present this exceptional work to the world. And with that being said, we were excited to hear that Steve Turner in LA will be hosting his solo debut, Wasteland, from May 8th alongside presentations by New York-based Kiyomi artists Quinn Taylor and Jon Key.

Currently working on his BFA in Painting at Rhode Island School of Design, Dodge has been working with sculpture and video before putting his focus on painting and the dog-people series in particular. And it was the introduction of this character in his work Holy Shit, 2020, that instantly struck a chord with us. Simultaneously utilizing the playfulness and absurdity of comics, while being meticulously rendered through intricate and dexterous brushwork, the seemingly entertaining imagery was in fact, a well-thought-out framework through which the artist explored subjects of interest. In combination with subtle yet strikingly effective use of structural or compositional elements from celebrated classical works, the California-born artist created a unique visual language imbued with metaphors, symbolism, and the nods to incorporeal.

"I wanted Holy Shit to be this sublime encounter with filth, so I conglomerated many religious artworks into a flirtatious scene," Dodge explained to us how this monumental surreal scene has been built. "I paint soiled bodies with a script that sources

Renaissance images to fossilize the truth of my experience. The smaller soiled white dog-person is draped across the bull-like Jesus in Mary’s lap of Michelangelo’s La Pieta. Both dog-people are almost possessed by the bull as was Europa in the Greek myth of Europa’s Abduction, or Europa’s Rape by Zeus." Further on, the artist is "repurposing" the bull as a symbol of strength, power, or masculinity, through a queer perspective while being interested in an animal as a symbol for American capitalism/consumerism/ commercialism/appetite. On top of all that, the painting is featuring the image of an existing surgical porthole implant method, adding a sense of actuality and technological advancement to otherwise fable or mythological-like image as well as imposing questions about the relationship between man/animal, interior/exterior, and private/public. "The uncanny nature of the dog-people enables us to look objectively at ourselves and experiences to realize the truth. The figures themselves are between human and animal, and the spaces they exist in are between perspectival space and flat fields of pattern, making them psychological," the artist explained to us how such imagery as hay bale becomes a metaphor for whirling orifice that implies an infinity of psychological space or the cartoon-like characters become icons of both human soul and matter.Such complexity of a singular image continues onto the entire body of work as Dodge builds the narrative about the life of dog-people, depicting them shepherding a bull (Brown-nosers, 2021), mourn the passing of the bull (Lullaby, 2021), as well as depict a series of more focused, intimate scenes (The Heat of the Moon Kissed My Cheeks, Don’t Tell Me, Pantheon, Dirt Road, On the Fence, all 2021).

Placed under a suggestive light of the moon or the scorching sun, he intensifies these scenes, while providing himself technical challenges while rendering the recurring elements such as fur or hay bale. "There is something spiritual happening radiating from the celestial objects in the paintings," he told us about the importance of light source in his work. "There is a potency to these images that is both soothing, comforting, disturbing, overwhelming, and uncanny. In a way, the work is inconclusive as these images are not punctuated." Through such consistent imagery and the use of strict cast and settings, the artist is creating complex visual allegories about the most profound experiences and concerns, constantly transitioning between human and animal, chaos and peace, and material and mirage. Seeing his peculiar characters as non-human icons, Dodge is simultaneously playing with undeniably amusing imagery while applying and brushing up his technique, as well as exploring everything from classical or contemporary art tradition to the American mythologies about gender, sexuality, race, class and economy. —Sasha Bogojev