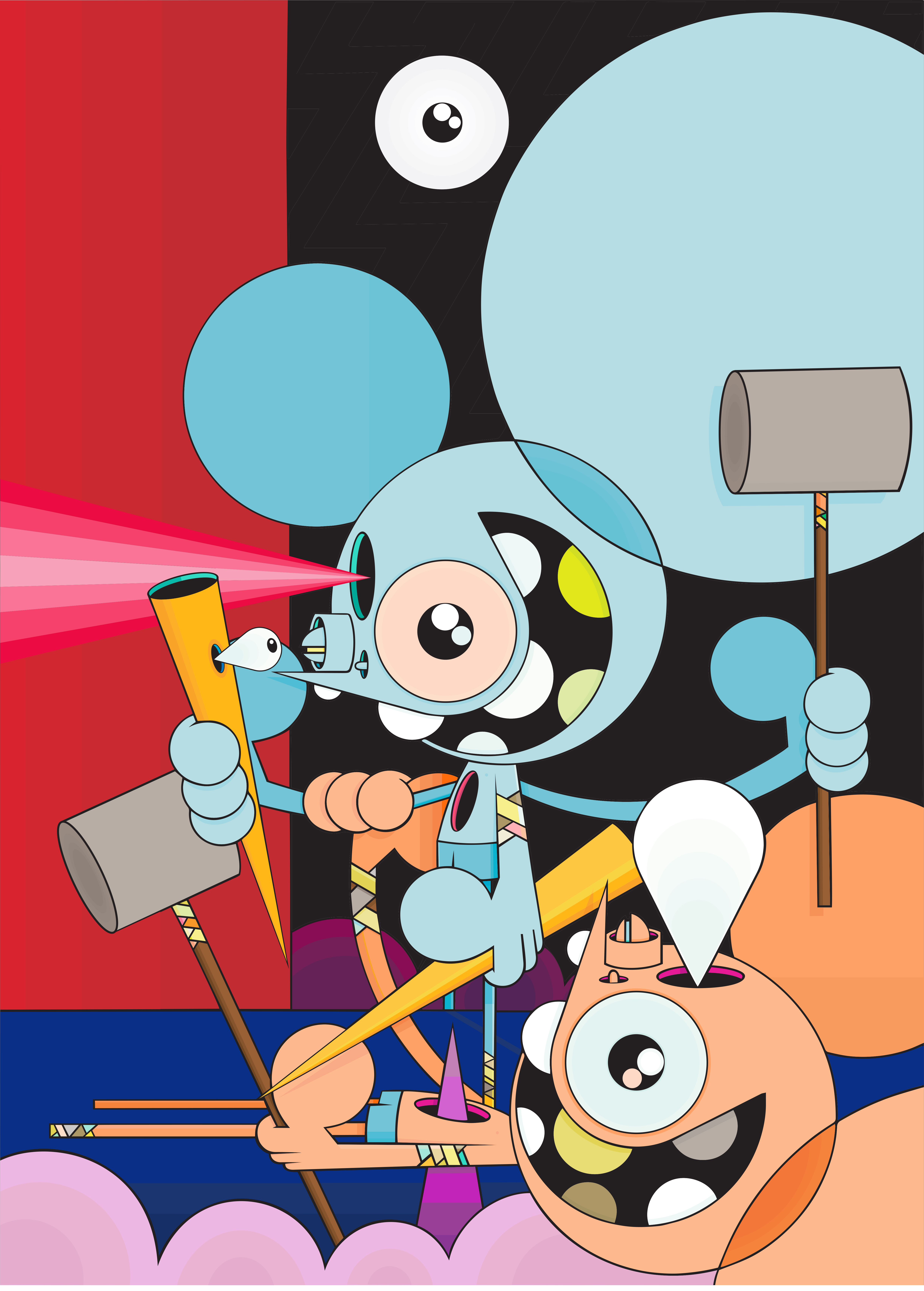 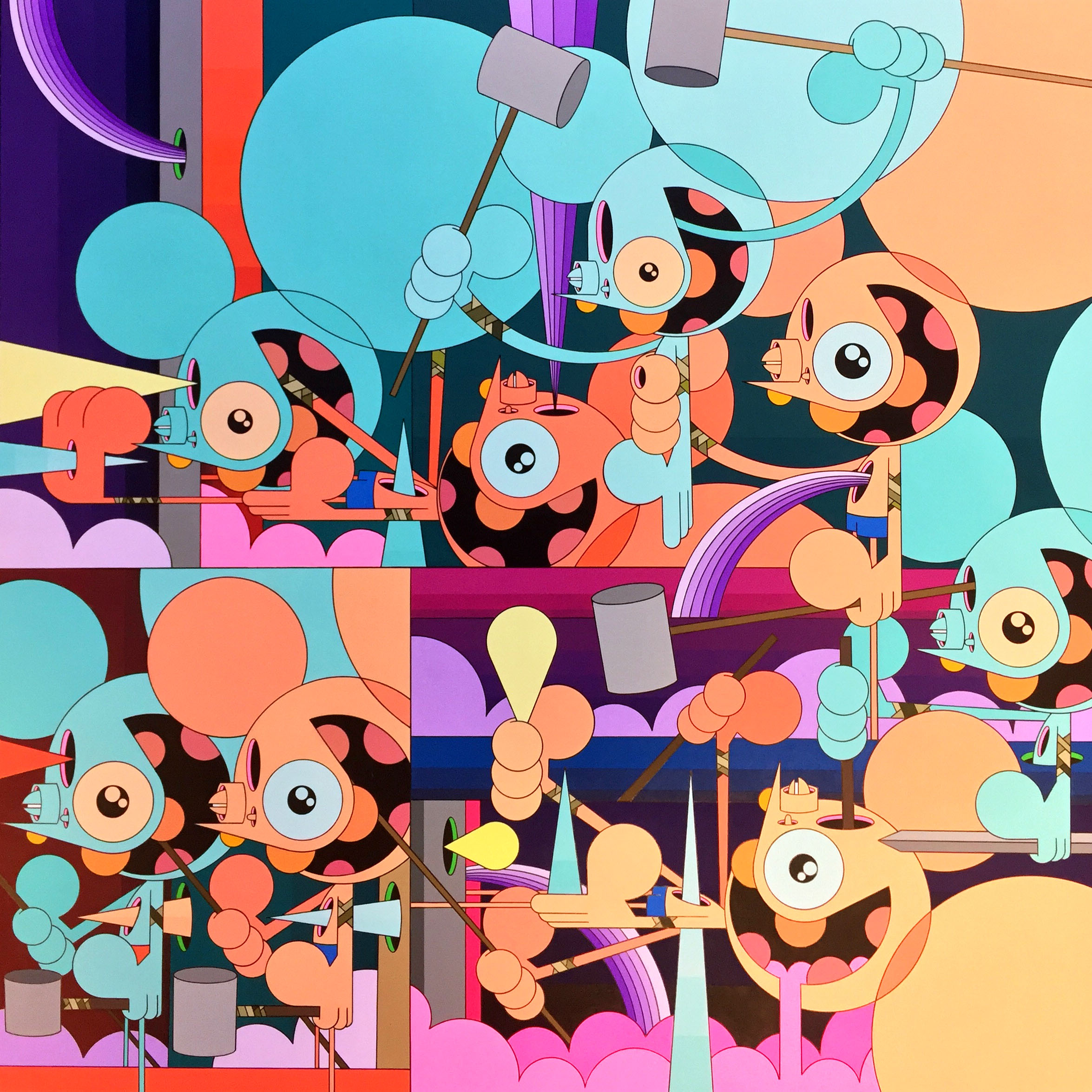 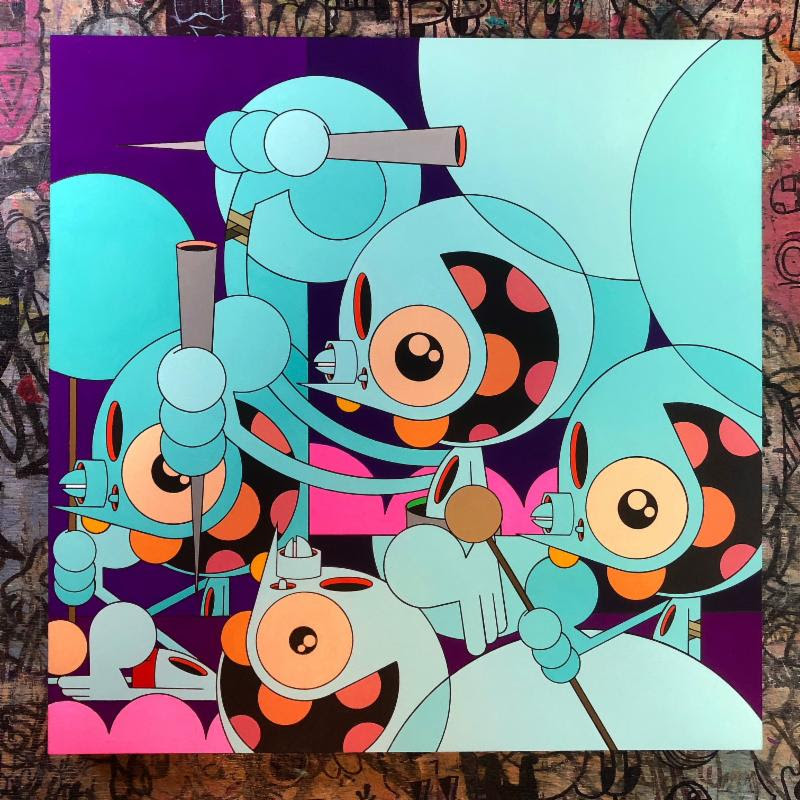 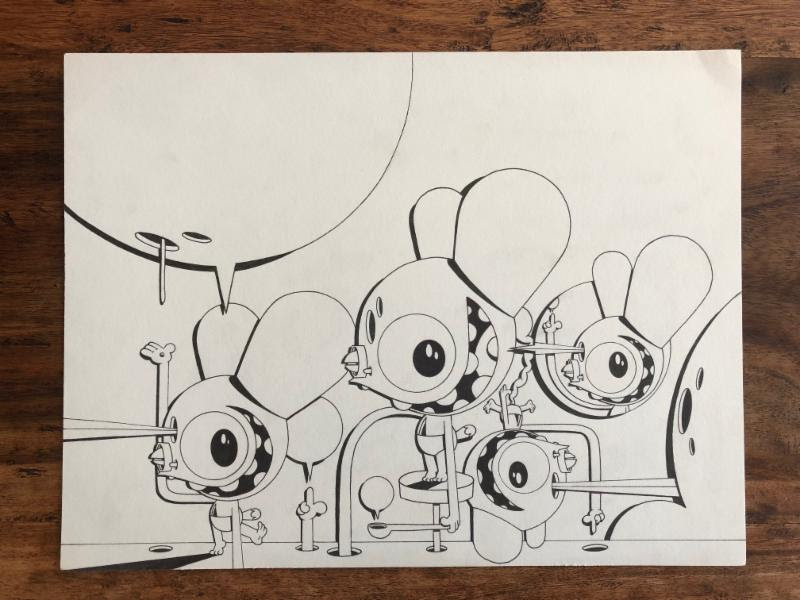 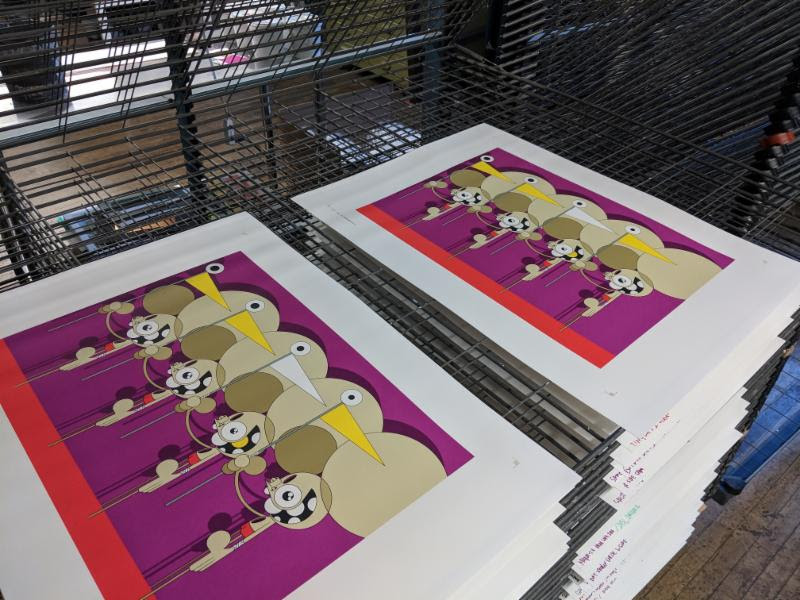 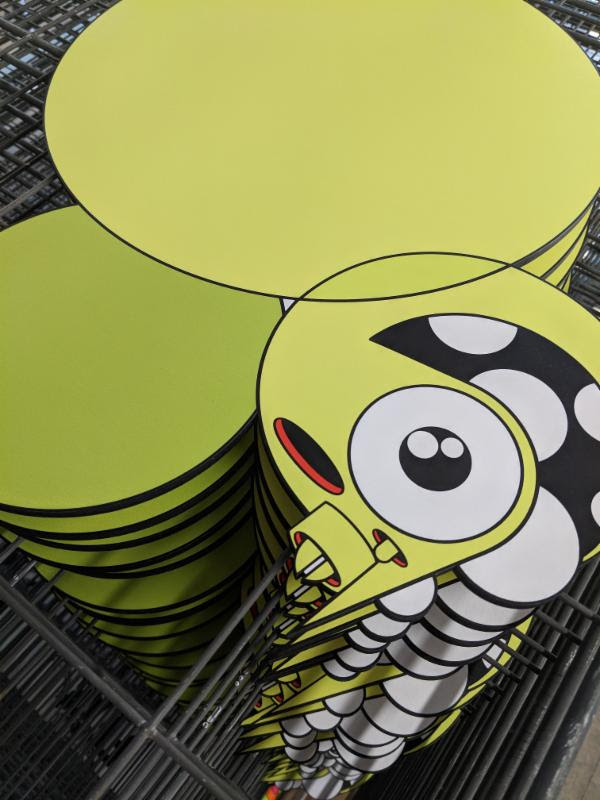 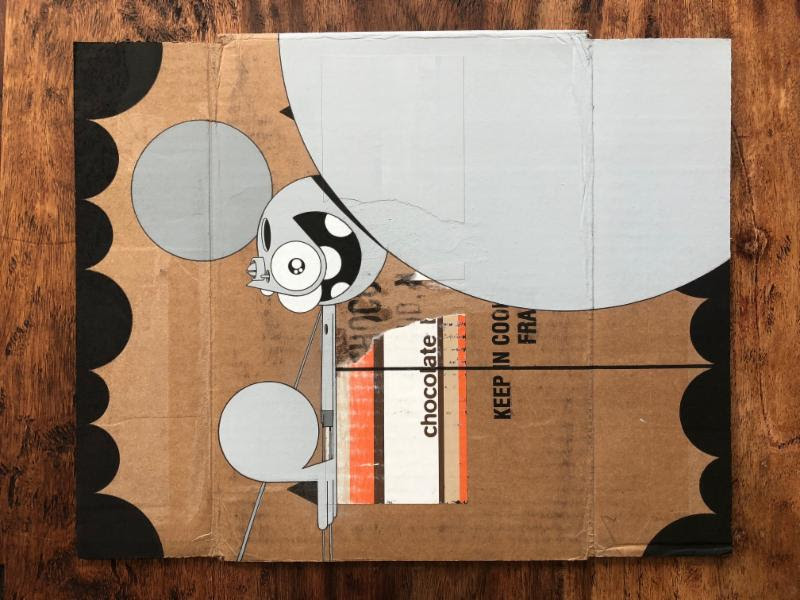 Dedicated to the Space Monkey's unexpected reprieve from a decade-long hibernation, Thinkspace Gallery's exhibition with James Marshall (Dalek) features old, new, and rare works, revisiting the deranged rodent and the extraterrestrial mutant handler namesake that started it all.

There was a special era in underground art, right before blogs and social media took hold and that monthly magazine that came to your doorstep was your only window into culture. This isn’t a time to wax poetic, but in hearing about Dalek/James Marshall’s Space Monkey 20th Anniversary exhibition at Thinkspace this Winter, it made us think about that time of discovery. It made us think of Murakami’s Mr. Dob, Camille Rose Garcia’s fairy tale flourishes or a Shag lounge scene. These are icons that helped shaped the 21st century art landscape, and the Space Monkey is right there. As Dalek became more Marshall, that is, he dropped his moniker and made art under his birth name and moved from NYC to North Carolina, and began exploring color in abstract compositions. The Space Monkeys appeared at first but faded away as the work became more geometric. But the beauty in Marshall’s icon is that its characteristics were always based on technical and mathematical precision, so in a way, the celebration of the past is an advancement of Dalek’s work into the future. As viewers, we become reacquainted with an old friend but see how it informed not only Dalek but a generation of artists working in and out of futuristic abstraction.  —Evan Pricco

The exhibition opens December 2, 2017, at 6pm at Thinkspace in Culver City.