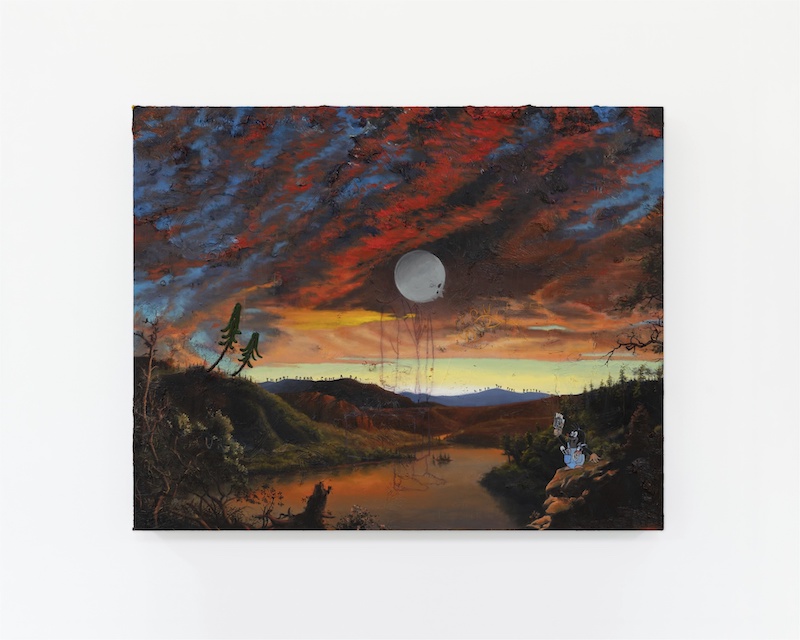 For those of us able to keep track, there are still a few more weeks of Summer, but the Autumn season of gallery openings is approaching with the last warm winds. For fans of Friedrich Kunath's work, these days are especially exciting as the artist recently flew from his home in LA for the install and the opening of his debut show at Berlin’s KÖNIG GALERIE, to be presented alongside a show of Sarah Morris and Alexander Kluge.

With plans to exhibit a collection of previously unseen paintings, as well as an oversized sculpture, Sensitive Euro Man will mark a major comeback to his homeland after a four year absence, set within the monumental Brutalist building that formerly hosted St. Agnes church and community center in the hip Kreuzberg area of Berlin. The presentation of his poetic and deeply emotive works inside such imposing space creates an exciting juxtaposition between the German Romanticism that has guided the artist, along with the country's magnetic draw to  modernism, progress, and industrialization. At the same time, the exhibition is a link between Kunath's native culture and his adopted California home where so many of his works are set.

If not an adherent to all the tenets of Romanticism, Kunath still quotes this intellectual movement as one of his biggest influences, intrigued by the way it employs irony as a fundamental aesthetic principle. Mixing a wide range of imagery and elements, including landscape painting,  illustration, popular culture, as well as the frequent and paramount use of text, the works are filled with paradox, satire, and bawdy humor, providing many ways to appreciate his pictures.  Suffusing them is an ingeniously disguised range of emotions, often revealed in clever titles of both the works and the show—We Used To Have Parties; Same Thing Happened To Me; Cancel Everything; or For The Last Time, Hello.

This melange of visuals and humor sentiments mimic the emotional intensity of the real world while in direct contrast with the public faces we are often forced to present,  Kunath's twist to "German efficiency"  as he successfully merges visual cliches with complex, emotional states of mind and body. Behind clever and sometimes kitsch imagery, the works celebrate the most simple gestures of closeness, as seen from a standpoint of an incurably melancholic master. —Sasha Bogojev