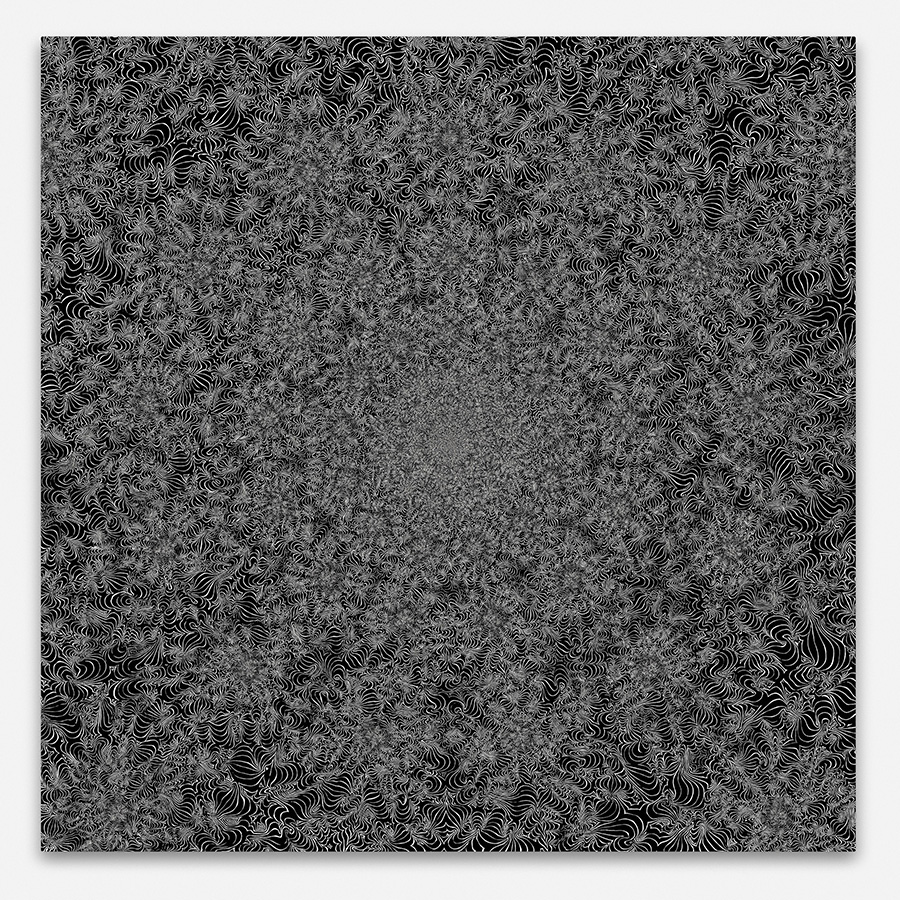 Jacob Lewis Gallery is pleased to present The Mathematics Underlying Art, an exhibition of new paintings by Kelsey Brookes. The exhibition will be on view November 3–December 16 2017, with an opening reception Thursday, November 2, 6-8pm.

Brookes is a microbiologist who makes art using empirical systems. As an artist he has explored the fields of organic chemistry, psychedelics and most recently mathematics and Fibonacci Numbers.

Fibonacci Numbers are often referred to as the underlying “DNA” of the natural world, a hidden mathematical rule that governs the patterns of life. Technically defined Fibonacci numbers are a series of numbers in which each number is the sum of the two preceding it. But more broadly speaking these numbers can be understood as a set of relative relationships based on location and size. These relationships are found everywhere in nature and life and exist among us in the physical realm well as in the conceptual.

In The Mathematics Underlying Art Brookes continues to plumb the depths of organic structure; visualizing the invisible and describing most vividly the ineffable. The paintings are created by dividing a square plane 13 times (13 being the 7th Fibonacci number). Then from the center of the plane along the 13 dividing radial lines a dot of paint is placed at the specific location defined by the Fibonacci sequence. Consecutive circles of paint are meticulously and meditatively placed around each dot until the painting is filled resulting in a fractal-like effect of balance and proportion.

The repetitive reverberating lines of the canvases create a visually rhythmic meditative state that brings to light the concept that mathematics is more than just a simple formulaic pursuit. Referencing the reoccurring in every day phenomena, tree limbs branching outward in junctions as iterations of themselves, the spiraling sprawling limbs of galaxies, or the delicate thoughtful arrangement of the seeds of a sunflower, Brookes’ work brings the macro and micro into view. In exploring the Fibonacci numbers, Brookes recalls the use of the Golden Ratio throughout art history as a means to compose works but creates a literal representation of the formula, foundational math as a roadmap for line and color, form following explicit function.