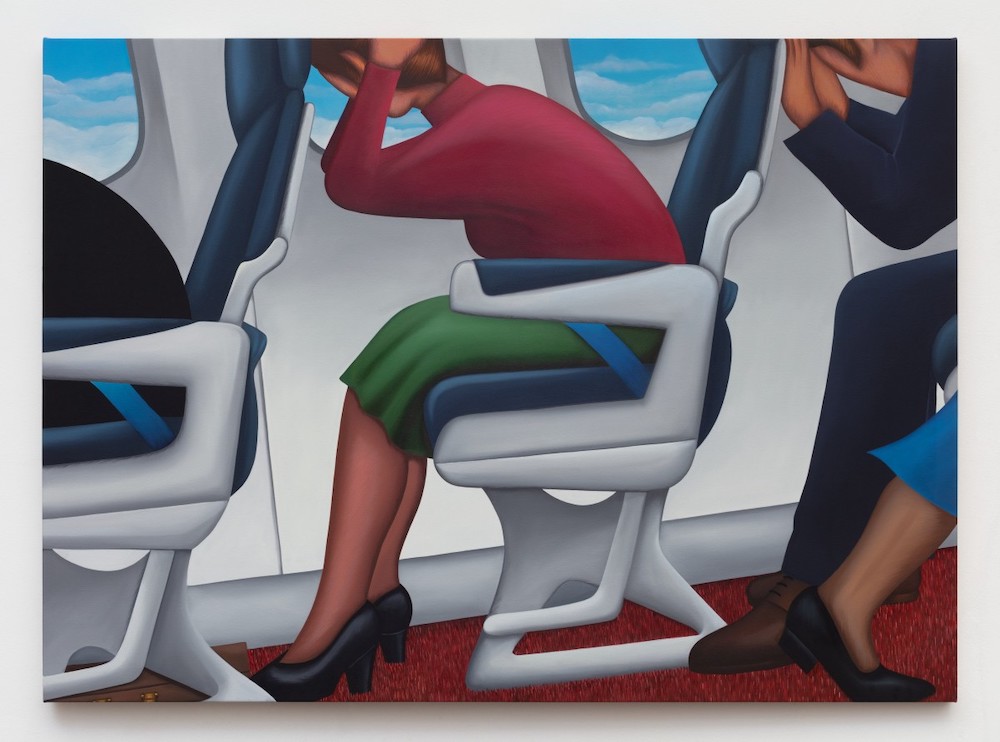 All images courtesy the artist and White Cube 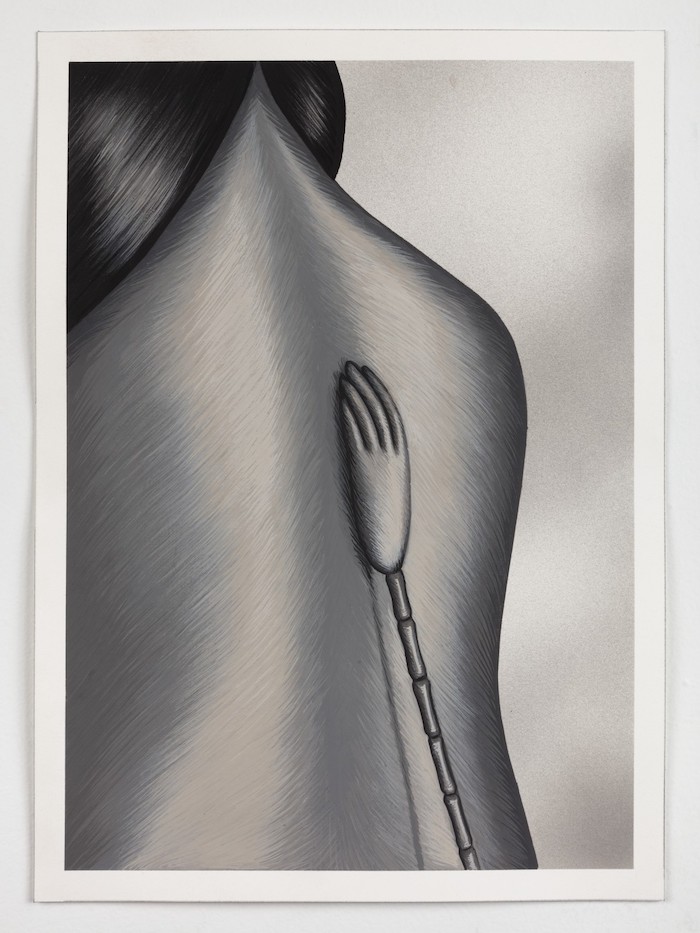 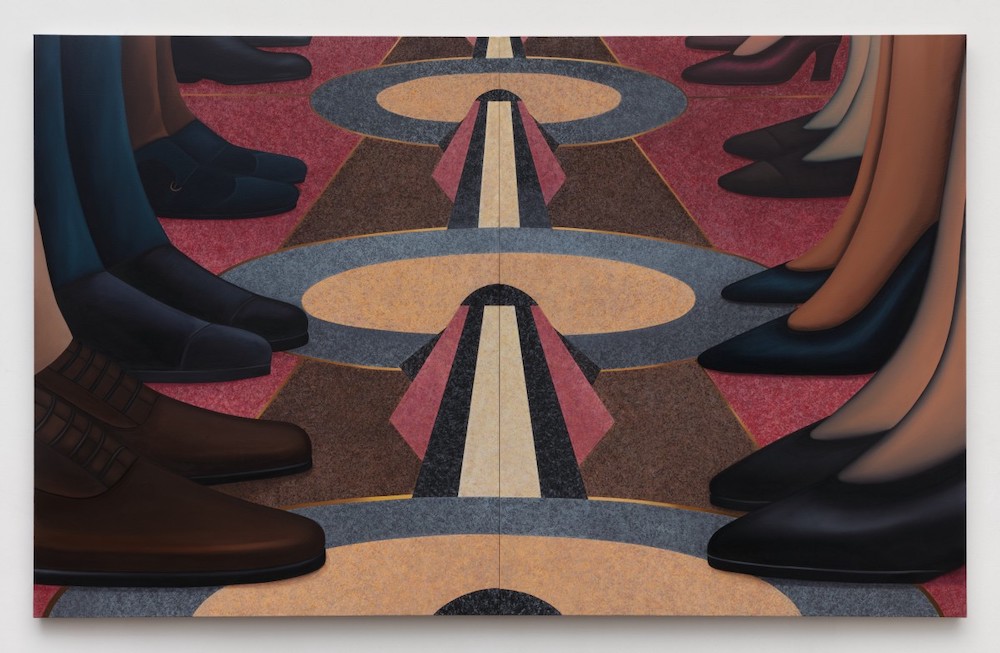 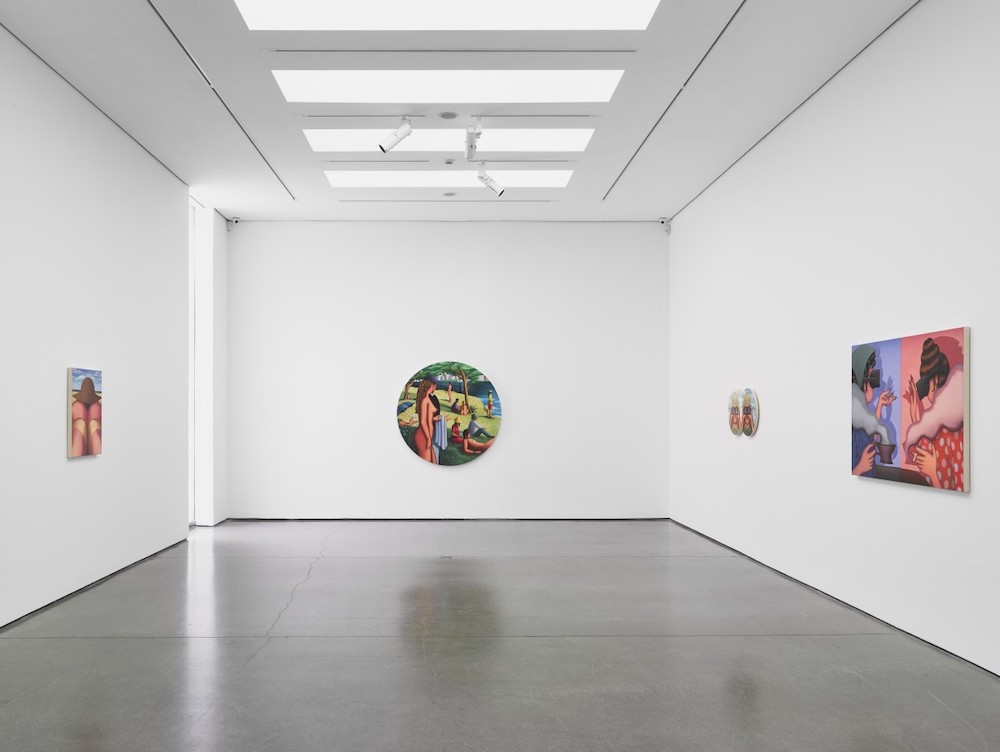 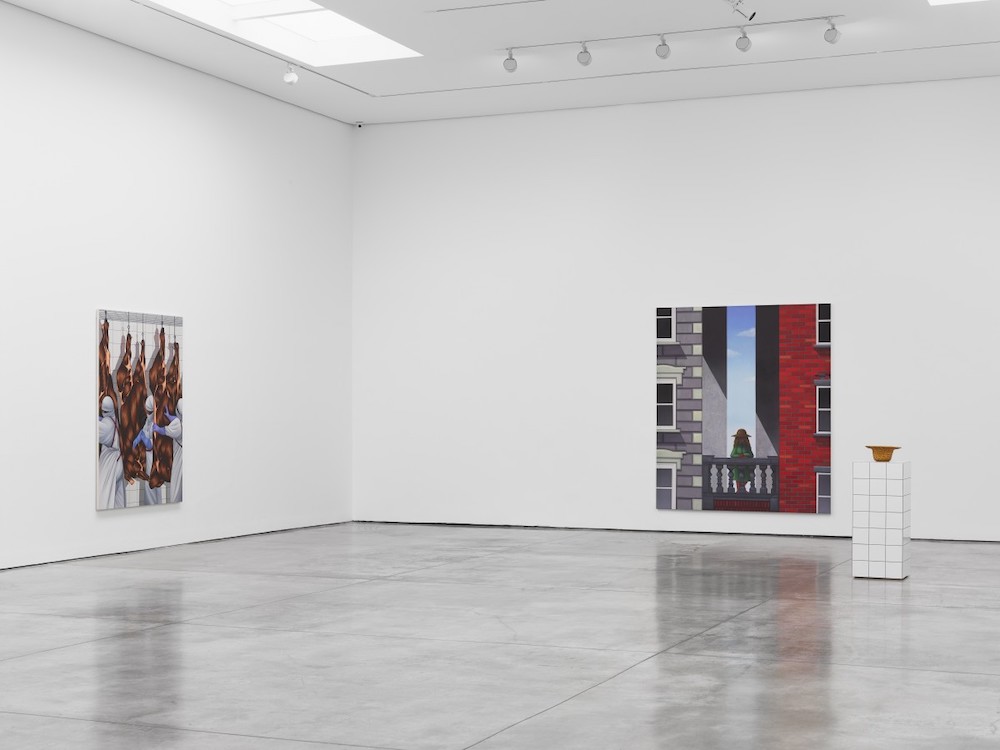 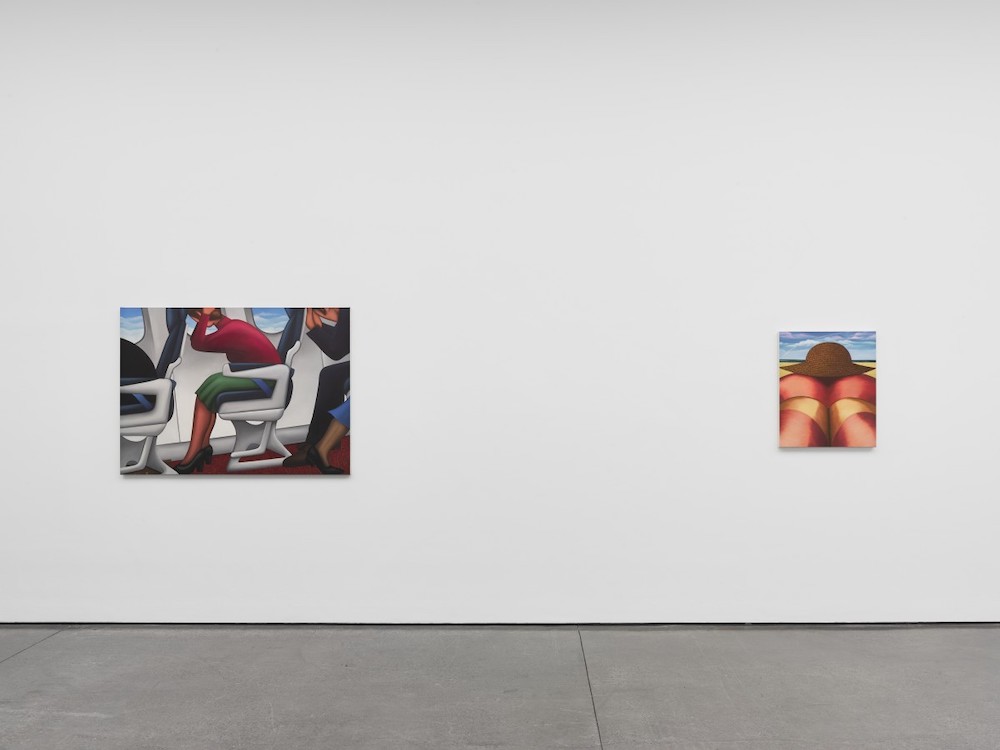 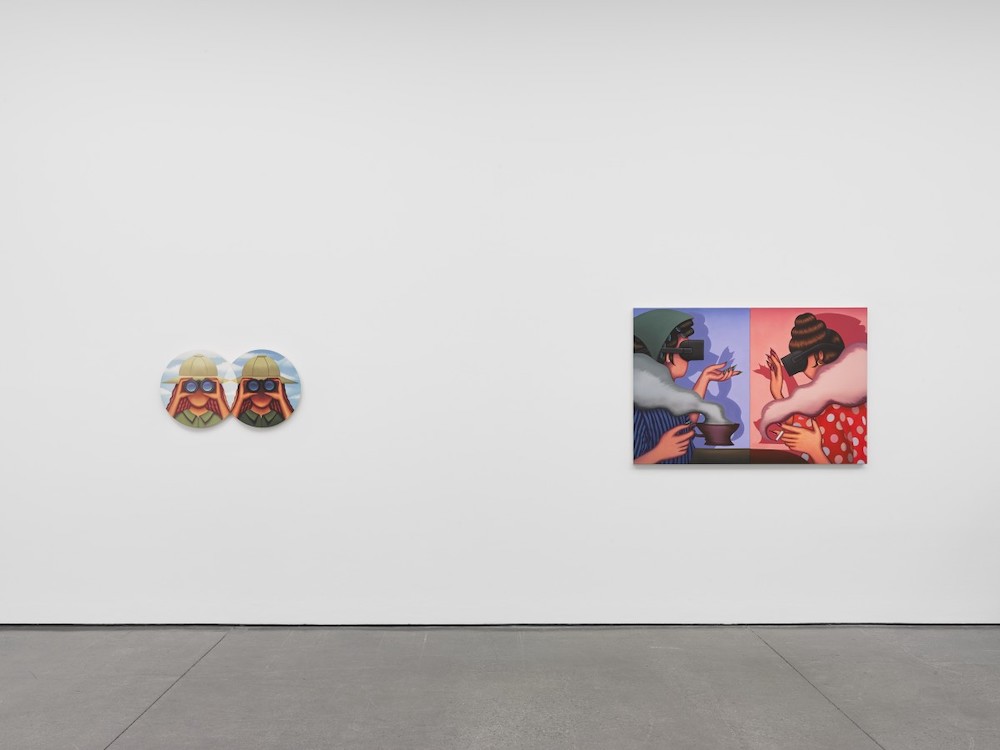 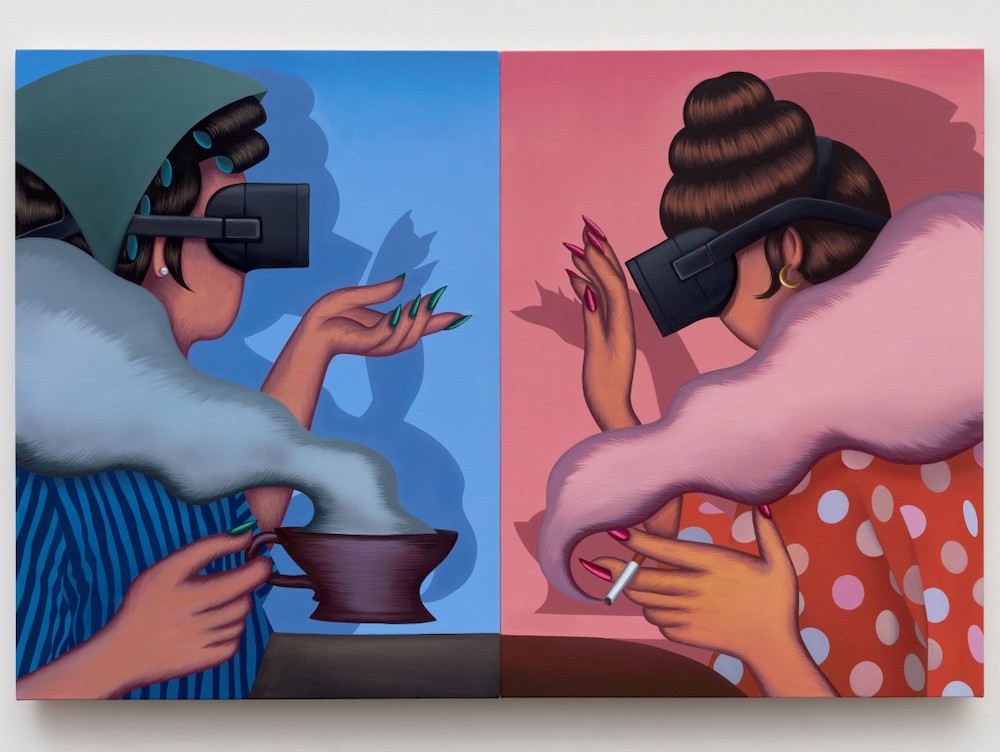 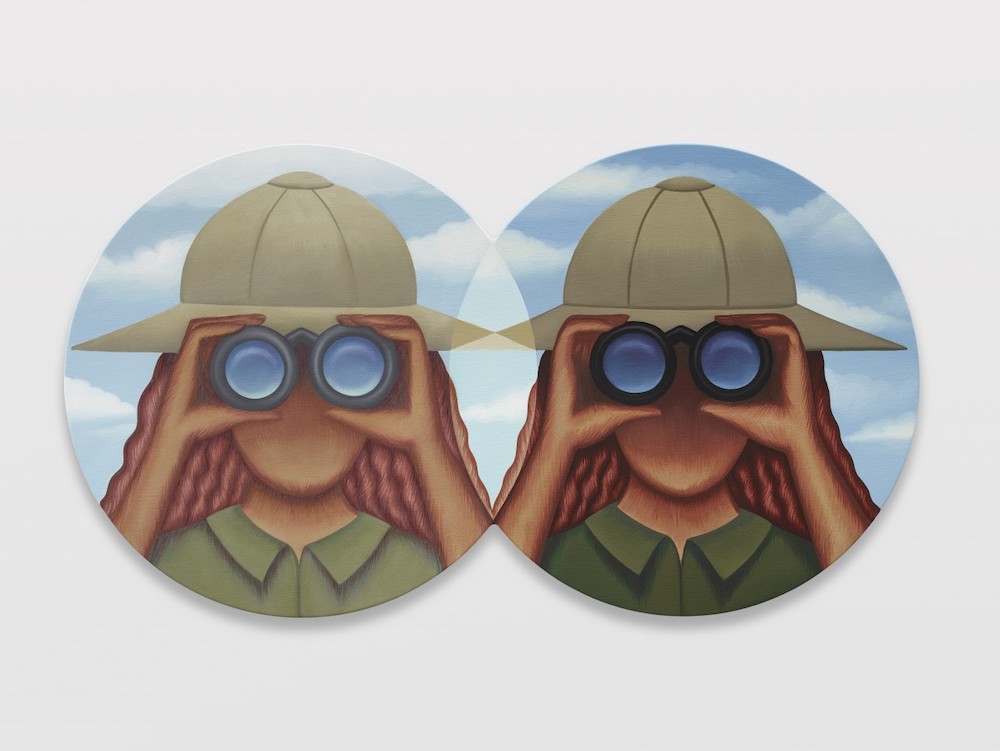 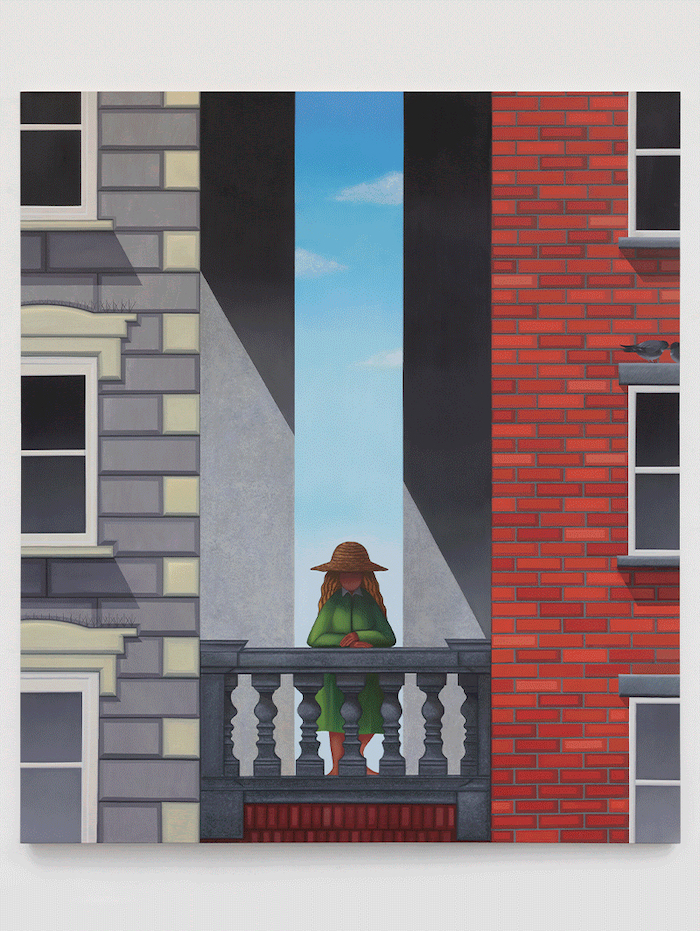 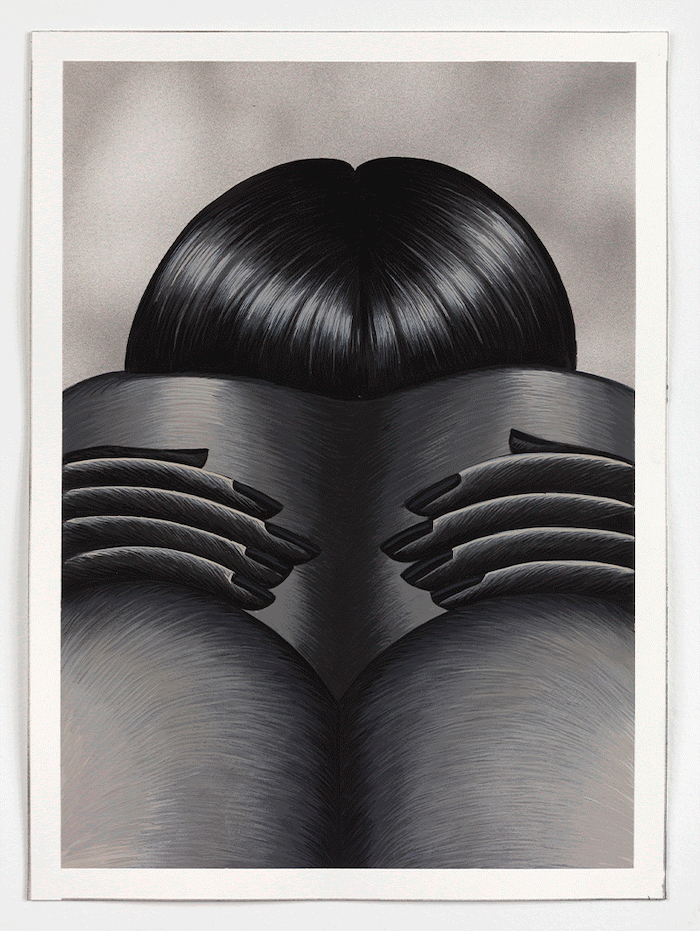 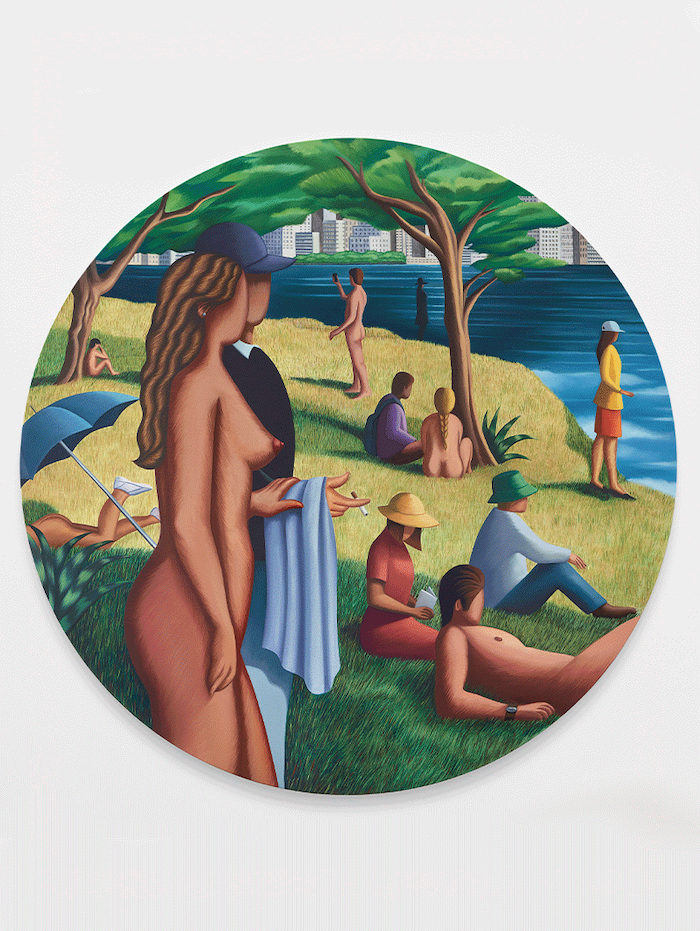 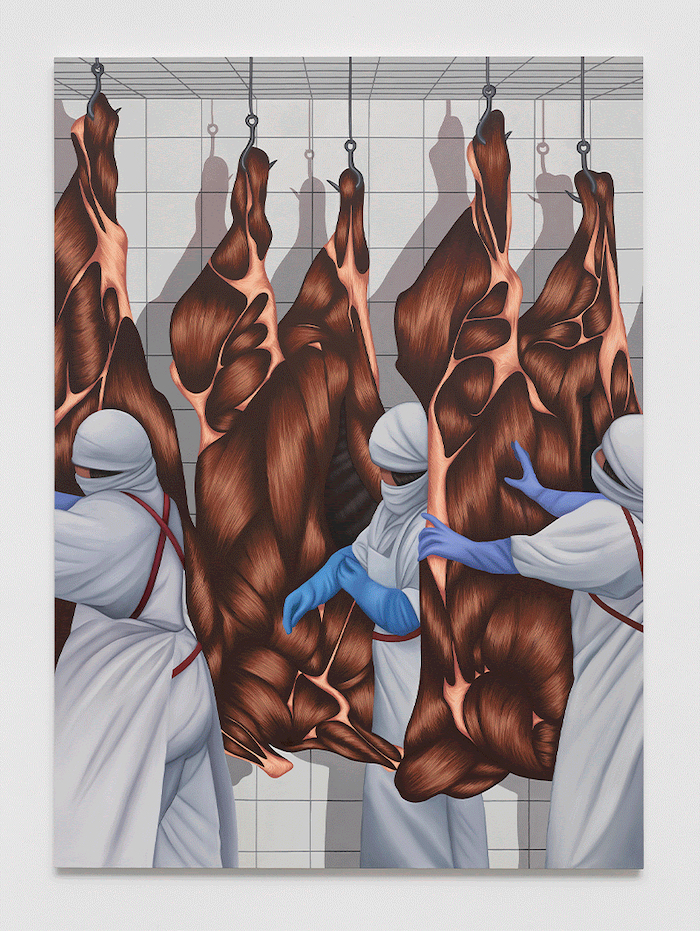 We've all been thinking about the concept of time so much over the last year that even discussing the amount of time that we talk about time is becoming burdensome. I keep going back to Raymond Carver's What We Talk About When We Talk About Love collection of short stories, and think almost "What We Talk About When We Talk About Time." It seems like a frivolous practice, but time is on the mind. How we spend it, how ritual works, how we fill our days. Something clicked when I saw the preview for Julie Curtiss' new solo show, Monads and Dyads, a major debut at White Cube, London, an exhibition that has a palpable buzz about it. The way she is looking at time, at decades past and the exact present moment and onto the future, are beginning to collide onto her paintings in both a surreal and almost completely direct way, that she is almost working in an entirely new language. And it's exciting, to say the least.

White Cube notes an observation we had with Julie back in our print feature with her in Spring 2019, that "Curtiss’ visual language draws on a history of figuration that includes 18th- and 19th-century French painting, as well as the Chicago Imagists and the ‘pop’ imagery of comic books, manga and illustration." So how do these all get juxtaposed (we don't use that word lightly around here) into something new, or better yet, how does she connect the dots between influence and her own voice. In Monads and Dyads, its that idea of time and how these characters are sharing multiple eras in the same frame that doubles down on the fact that Curtiss has a wonderful sense of humor and that the absurd and the surreal asks you to suspend your belief of time and embrace what is right in front of you. I feel that way looking at each Curtiss work in the past, but especially here.

As for the title: "The exhibition’s title, ‘Monads and Dyads’, identifies an organising principle connecting these vignettes. Terms found in mathematics, philosophy, sociology and mysticism, the monad (one) denotes the singular or the individual, self-contained and indivisible, and is represented by the circle: it is associated with the divine and can be found in the mandala and in the halo.  The dyad (two) is a doubling, potentially a generative coupling, but also implying binary systems and dynamics of opposition. These concepts find expression both thematically and formally in Curtiss’ paintings, while, according to the artist’s theory of number, the exhibition itself contributes a third strand, allowing them to be braided into one."

We speak about dualities, we speak about time, but really, Curtiss is becoming a master of her universe, a bold craftswoman with an exceptional use of color, sense of humor and ability to transform the ways we think of surrealism in painting. When it was announced that she was having this solo debut at White Cube, it felt like a major step in her already successful career. And these works solidify that, for the decades to come, when we look back and look forward as we always do, Curtiss' paintings will be the perfect anecdote for our curiosity. —Evan Pricco