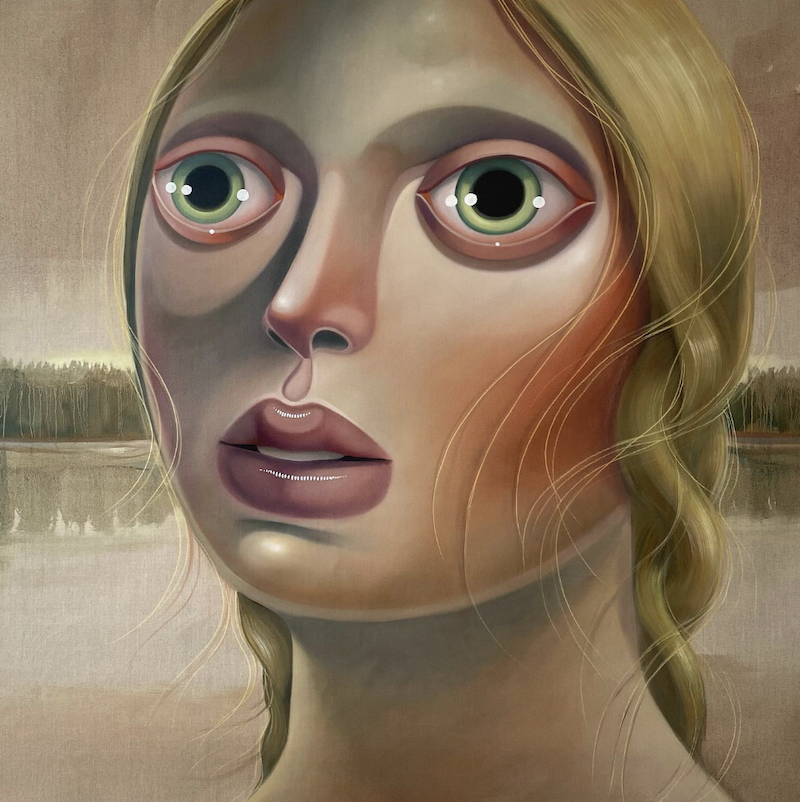 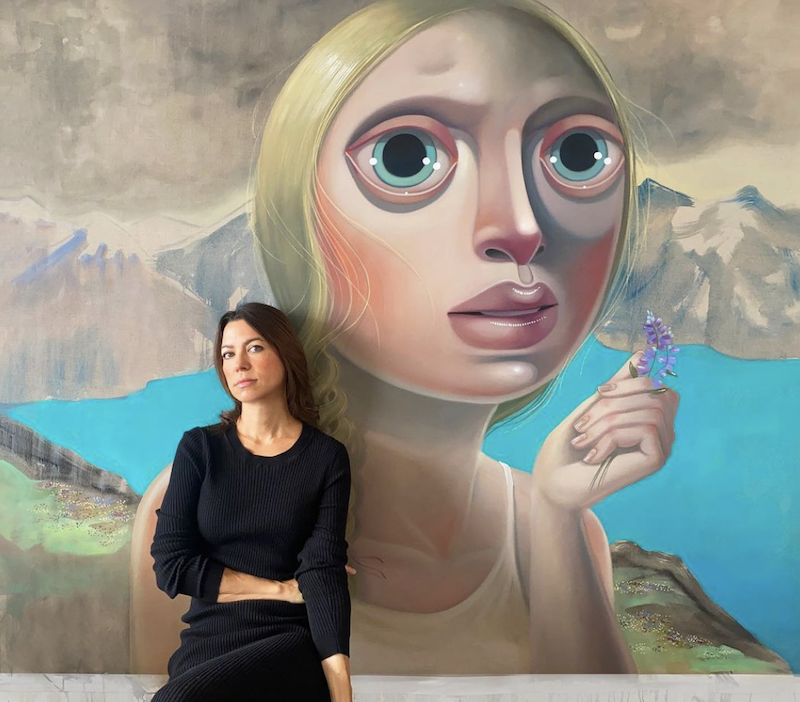 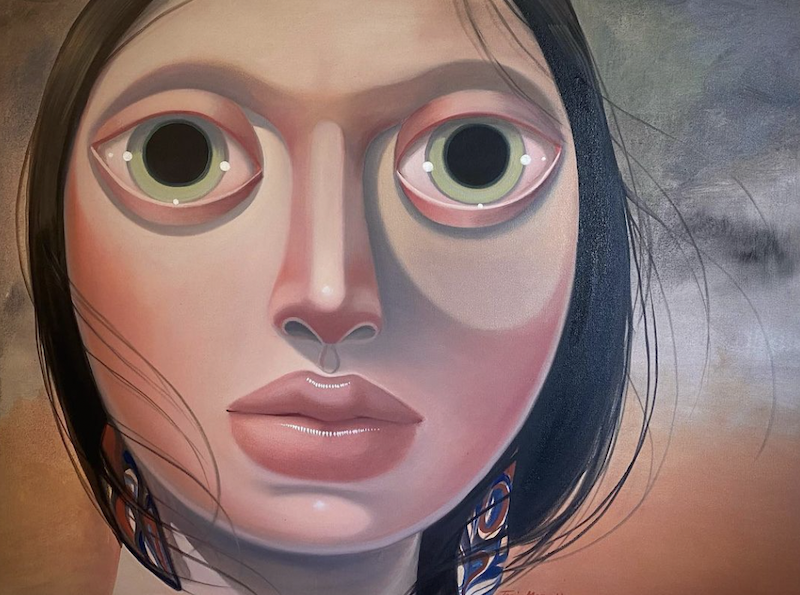 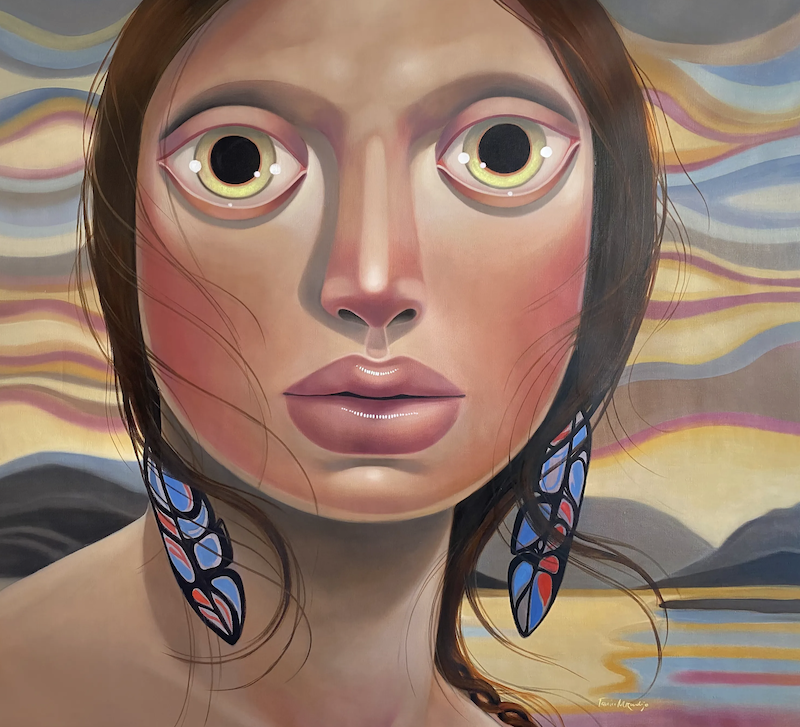 CICA Vancouver is pleased to announce Dominican-born artist Tania Marmolejo’s first solo exhibition in Canada on view through October 1st, 2022. The show consists of 14 new paintings inspired by the artist’s personal experience in Vancouver and the surrounding wilderness of the lower mainland. The large-scale portraits of women within coastal landscapes provokes contemplation and resonance with the characters’ expansive and nuanced facial expression. The enigmatic eyes of her characters lead viewers into a labyrinth of familiarity and unfamiliarity, making us yearn to delve into the stories of the imagined characters she creates.

Exploring the delicate, complex, and sometimes hidden emotions of women is like navigating through a forest; The deep and intricate expression is influenced, if not confined, by the sociocultural system. Women are often expected to hide their sensitivity and internalize negative emotions such as sadness and anxiety. Marmolejo has captured the subtlety in these emotions and created fascinating illustrations of their micro-expressions. The artist frees her characters by allowing them to direct her brushes, resulting in an unexpected and compelling image on the canvas. The flood of genuine emotions brings them to life and connects with the audience.

“My current work juxtaposes the intimate and personal with the monumental, creating large-scale paintings of ambiguous female facial expressions. I am currently exploring issues of gender and identity as a Scandinavian Caribbean female artist, using the portraits and physical expression as a system of communicating vessels to transfer emotions into the viewers creating affective and emotional empathy.”

Marmolejo grounds her expressive figures in the wildness of fluid landscapes. Her characters peek out from behind trees, emerging and exploring their environment while simultaneously beckoning the viewer through their wide-eyed stares. Upon viewing, one is invited into the internal landscape of the painting, and deeper yet into the landscape of self, a wildness of emotion hiding just below the surface. Marmolejo has always been deeply inspired by her surrounding environment, often incorporating the lush foliage of the Dominican Republic into her paintings. Through her experiences in Vancouver, she has come to see the intrinsic connection between the coastal landscape and the Musqueam, Squamish, and Tsleil-Waututh people upon whose unceded territories Vancouver is now situated.

Her experience with Vancouver has caused her to reflect upon the lack of ongoing Indigenous representation in her home country which was colonized by Christopher Columbus in the late 15th and early 16th centuries leading to the destruction of the Indigenous Taino people and their culture. Marmolejo recalls feeling a deep sense of reverence for the Coast Salish artists whose work she saw while encountering the Indigenous Fashion Week held in Vancouver. With a history in fashion illustration, she uses her understanding of fashion as a non-verbal expression of identity and emotion within her paintings. She has used this as a jumping-off point to acknowledge and reflect the significance of the Indigenous communities whose land she loves and respects.

Read our interview with Tania Marmolejo from our Summer 2022 Quarterly here.