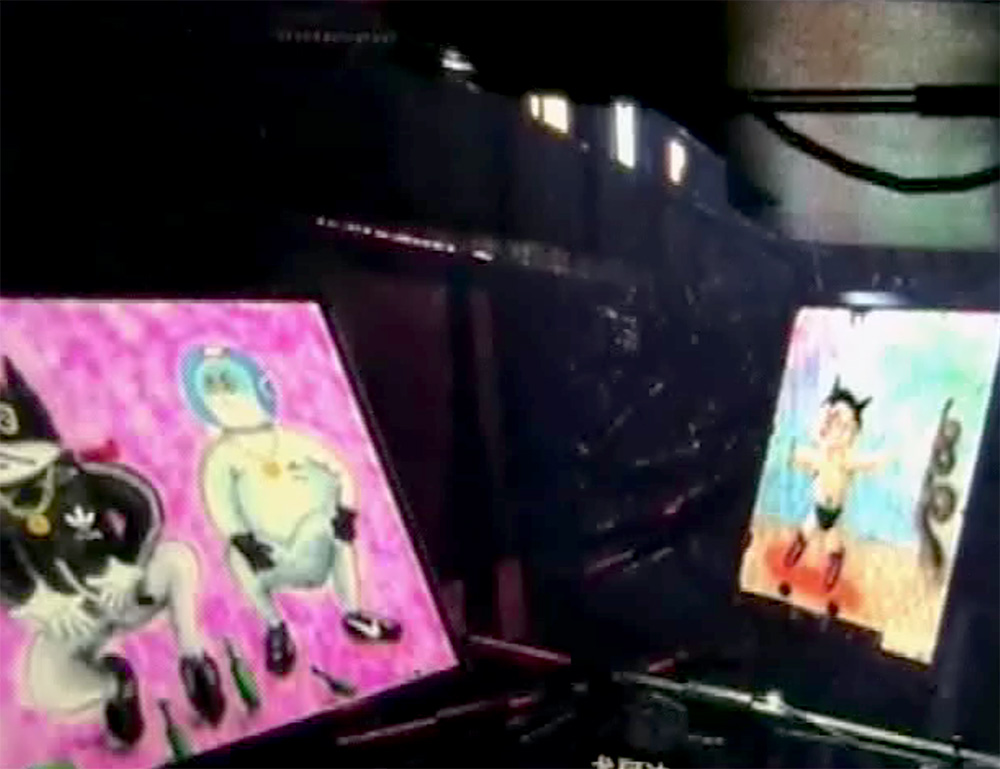 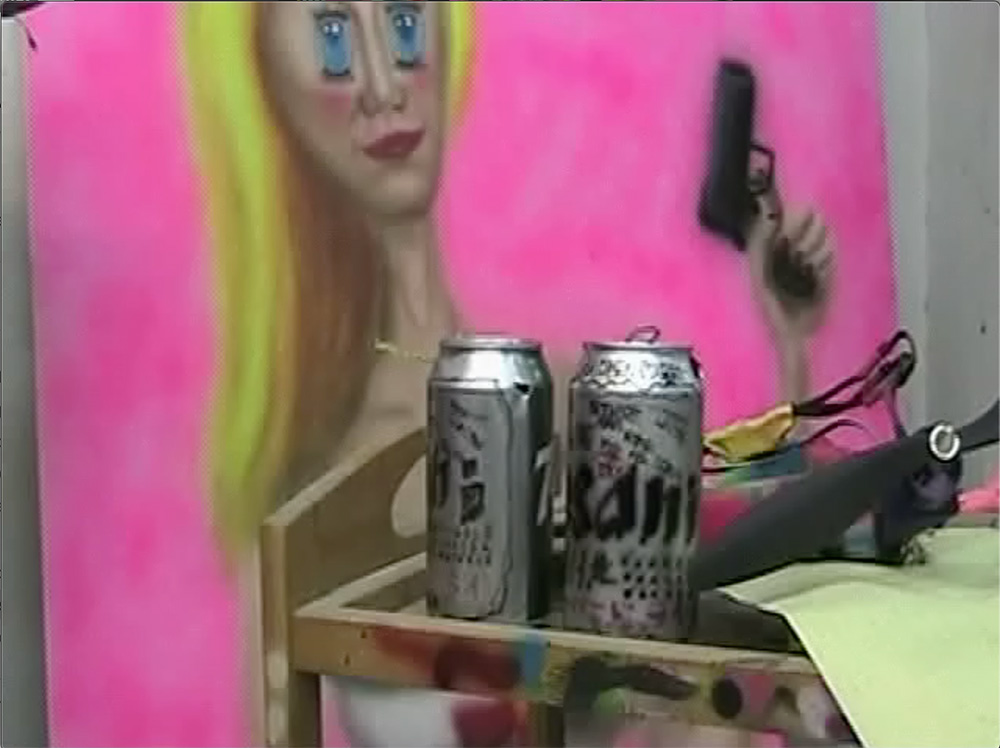 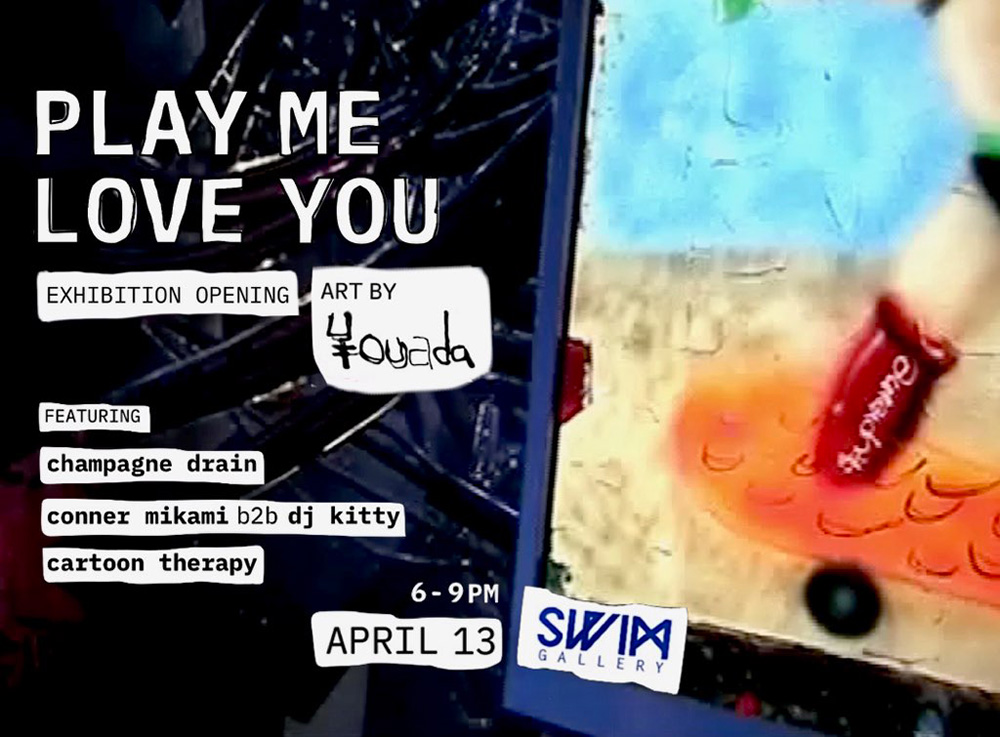 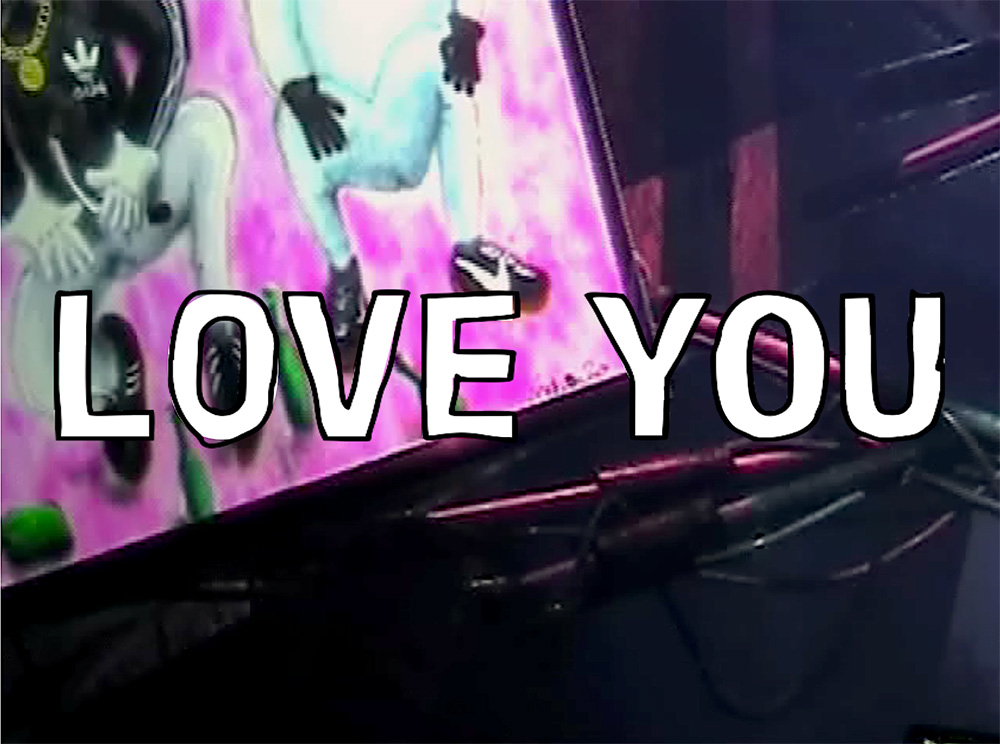 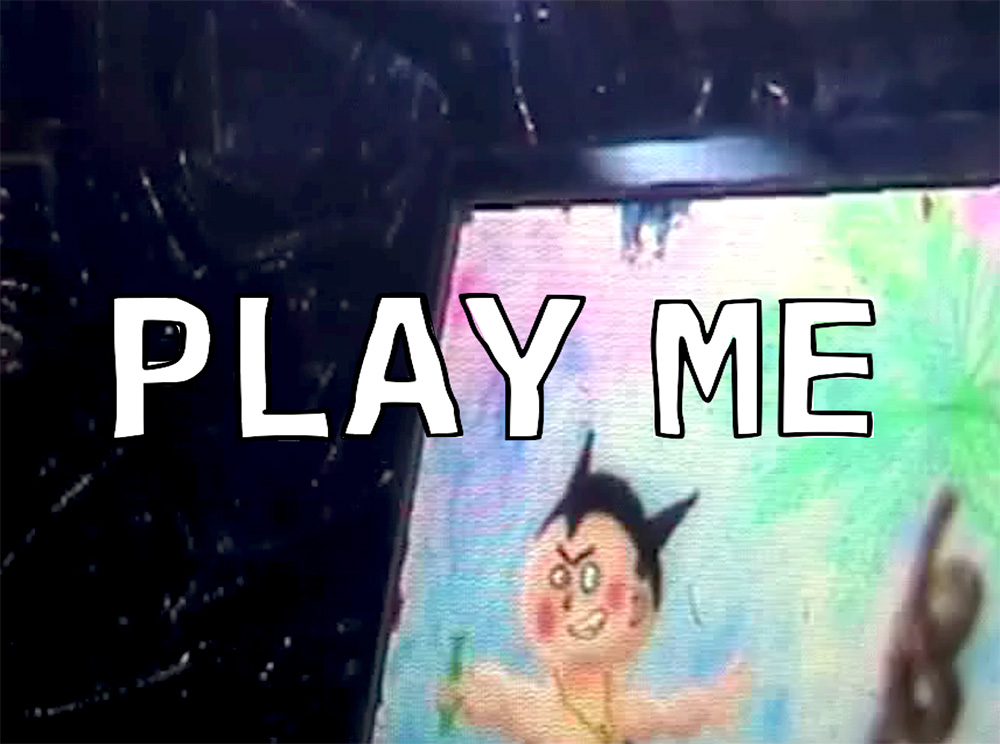 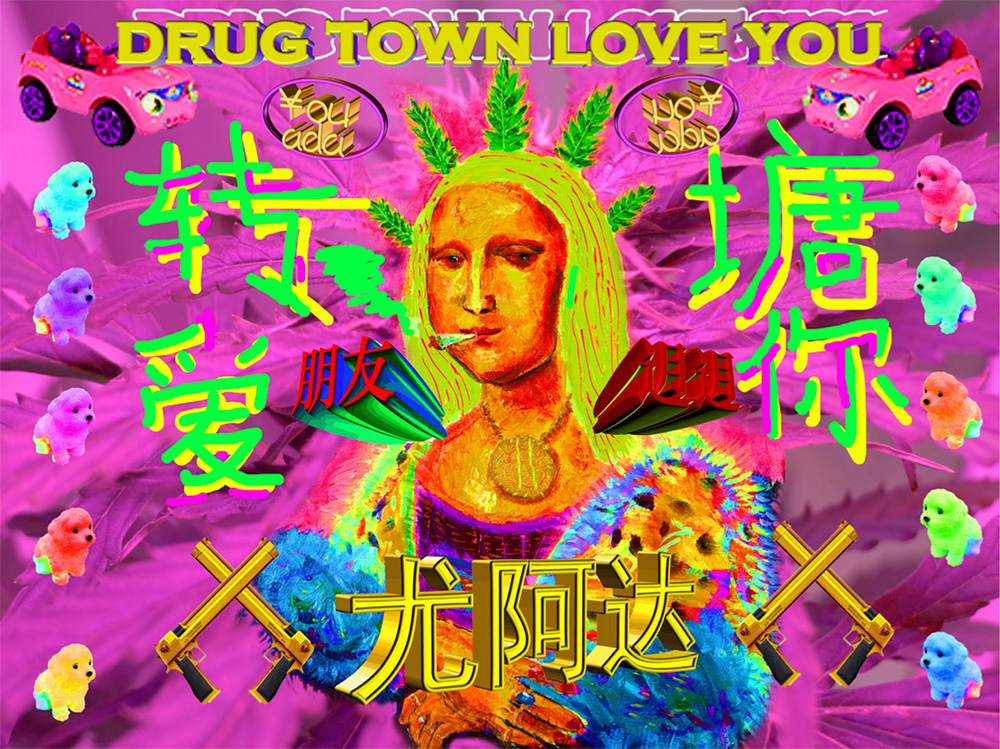 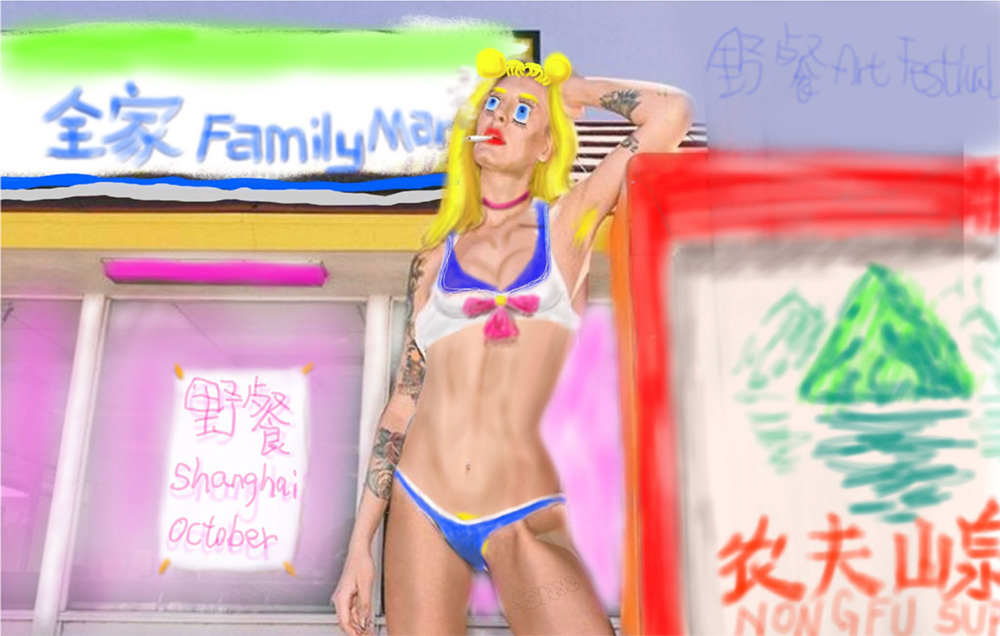 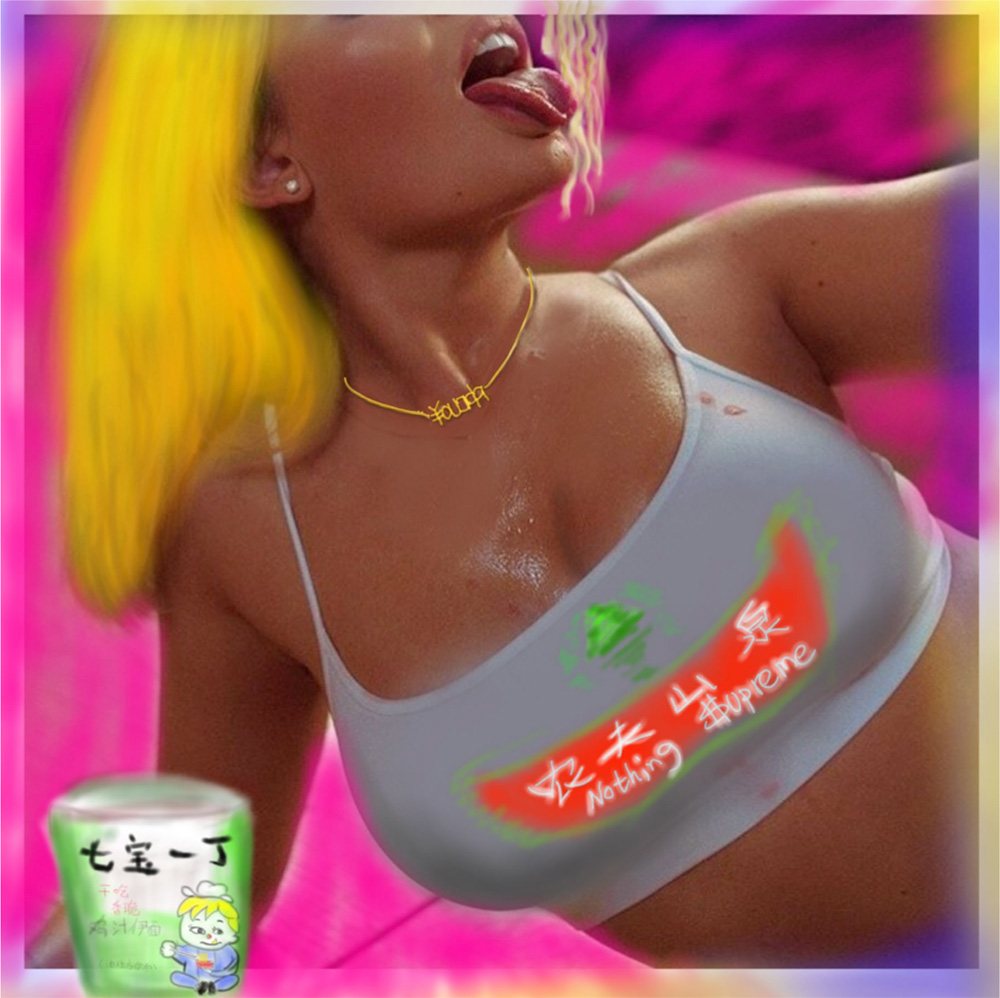 The hardest part of showing contemporary art from China is the act of physically transporting it. While technology can help us bypass that, what problems of presence are introduced in the virtual realm? SWIM Gallery's new show PLAY ME · LOVE YOU is an immersive two-part exhibition that brings these issues to the viewer’s attention. The gallery has been transformed into a space for plugging in to receive a “digitally-focused” introduction to You Ada (尤阿达). Although the Hangzhou-based artist is known for his paintings, he's brought a selection of videos, prints, and sculptures to the US for the show. His paintings are only accessible online, virtual exhibitions developed by Slime Engine (史莱姆引擎) and a 360° film of the artist’s studio.

PLAY ME shows Ada’s paintings on curatorial platforms where human perception gets caught between the reality created by detailed computer-generated graphics and the overall abstract experience of each piece. Slime Engine’s high-tech, imaginative environments fool you into thinking you’re actually there. You can zoom in and out, or toggle between bird’s eye and panoramic views, but are ultimately fixed to a stationary position. Only a slippery understanding of Slime Engine can be formed— it has no specific shape, sticks to your memory, and makes for hours of viewing pleasure.

LOVE YOU, has multiple meanings depending on how “YOU” is pronounced, like words in Chinese. When it’s pronounced you (as in 你, the viewer), it alludes to the “you-centric” quality of Ada’s work, which is full of pop culture characters, selfies and other practices that reflect the current moment. Who knew Chinese contemporary art could be so easy to relate to? Cross-cultural exchange doesn’t have to be too serious, and China’s firewall isn’t as strong as it seems. Everyone sees the same things on the Internet and with the internet, now you’re seeing Ada’s art. When it’s yóu (as in 尤, the artist), viewers should question their attraction to this deviant work. Everyone loves a sexy Sailor Moon or devilish Astro Boy, but does the original works’ foreign location make it more or less appealing?