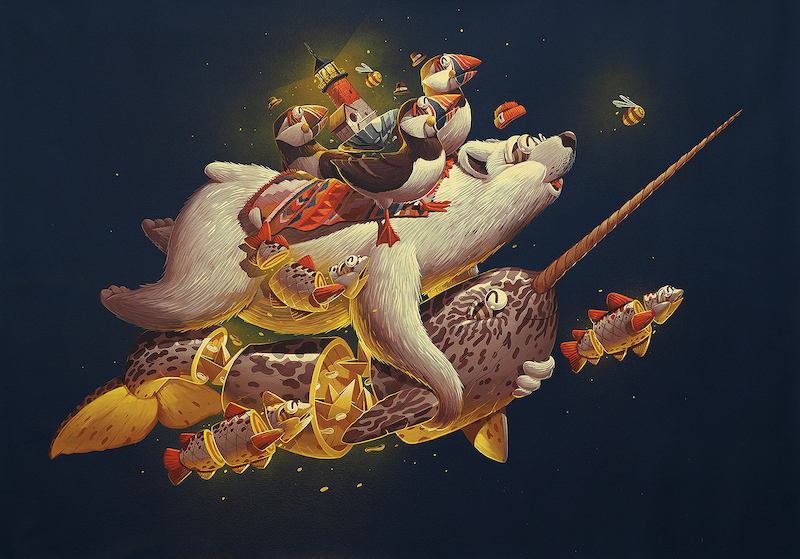 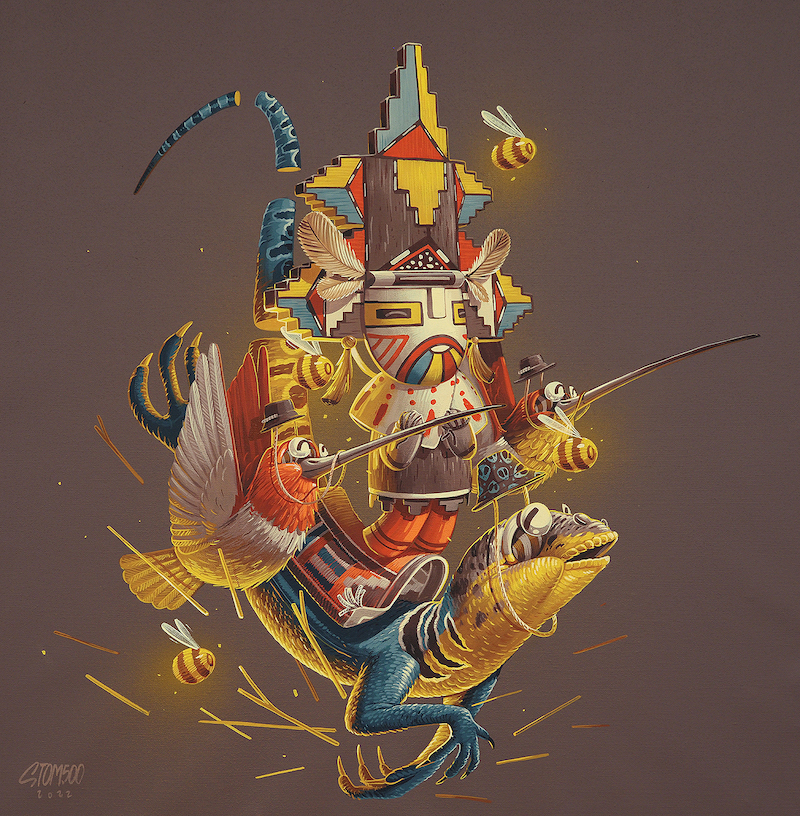 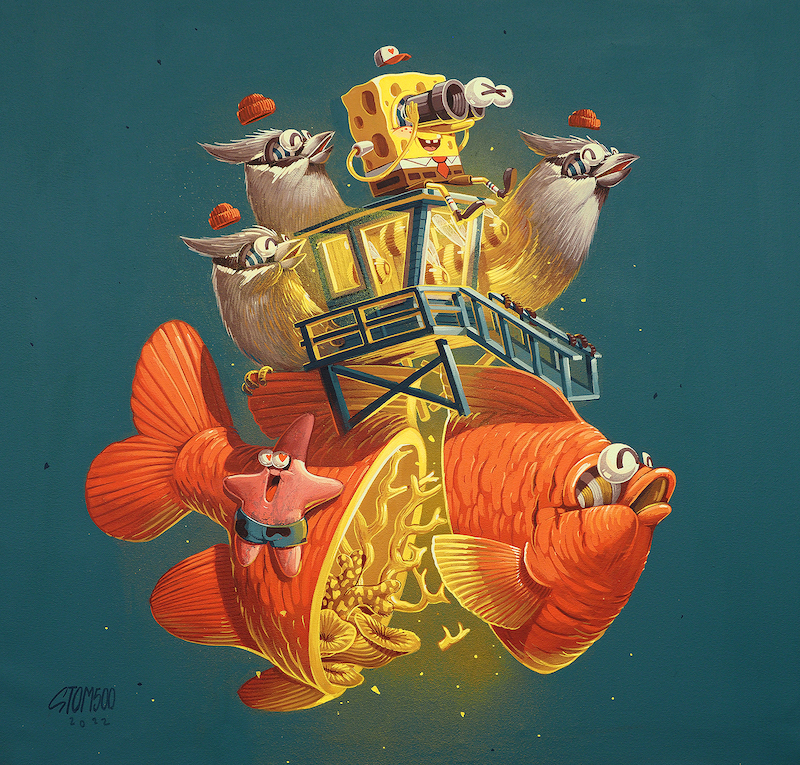 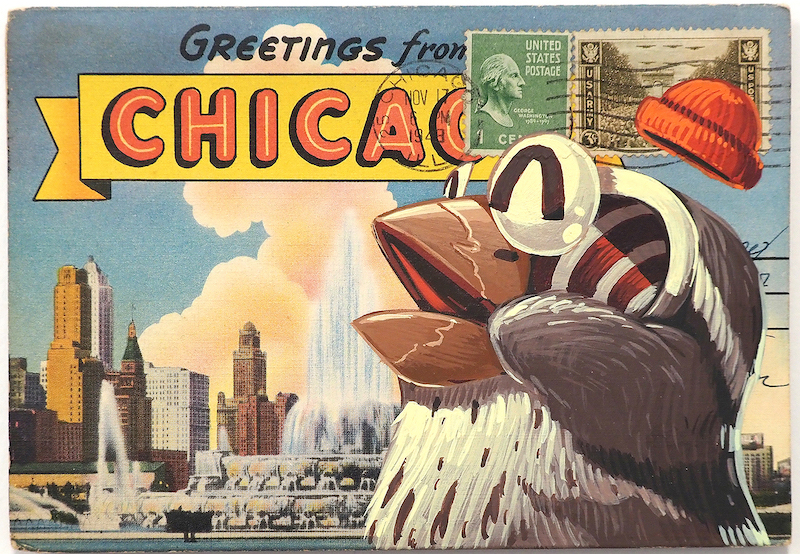 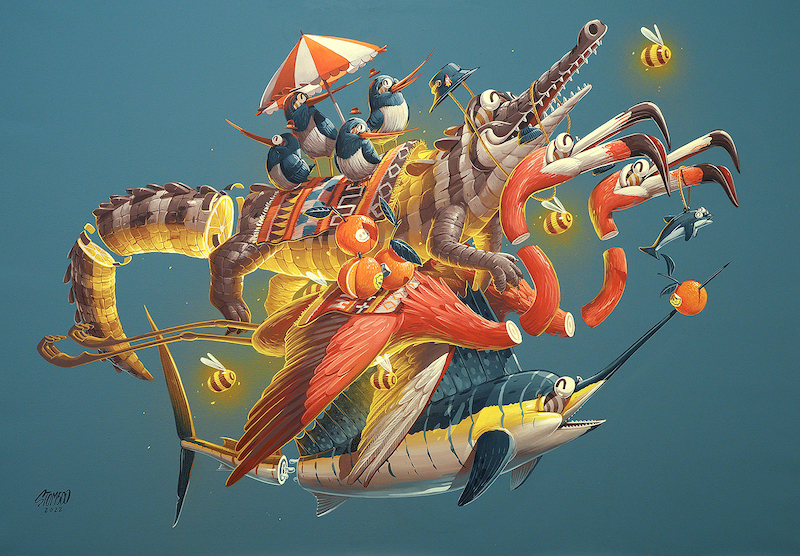 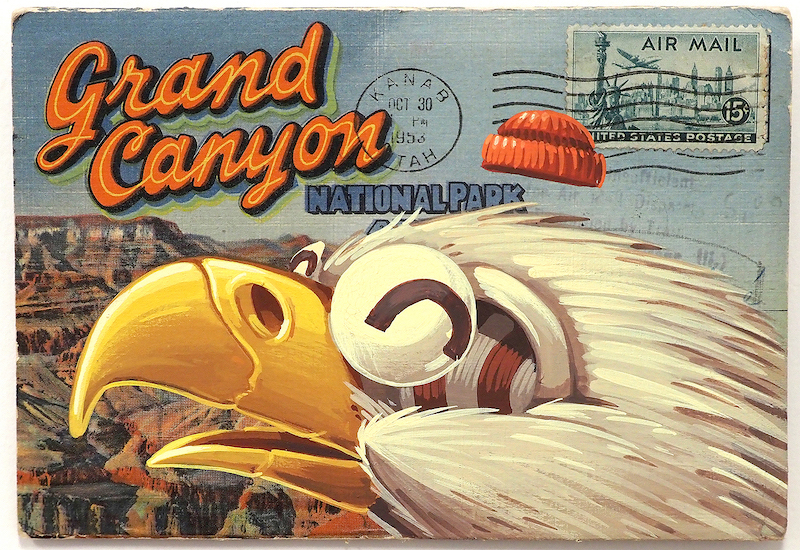 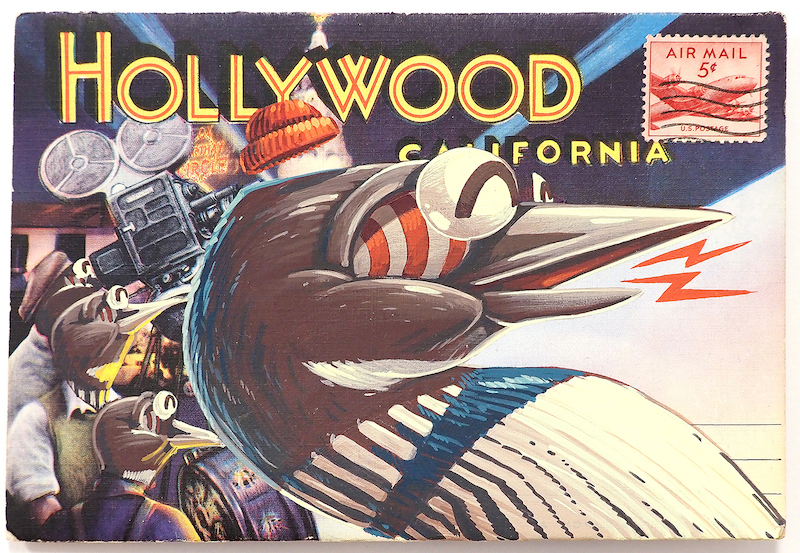 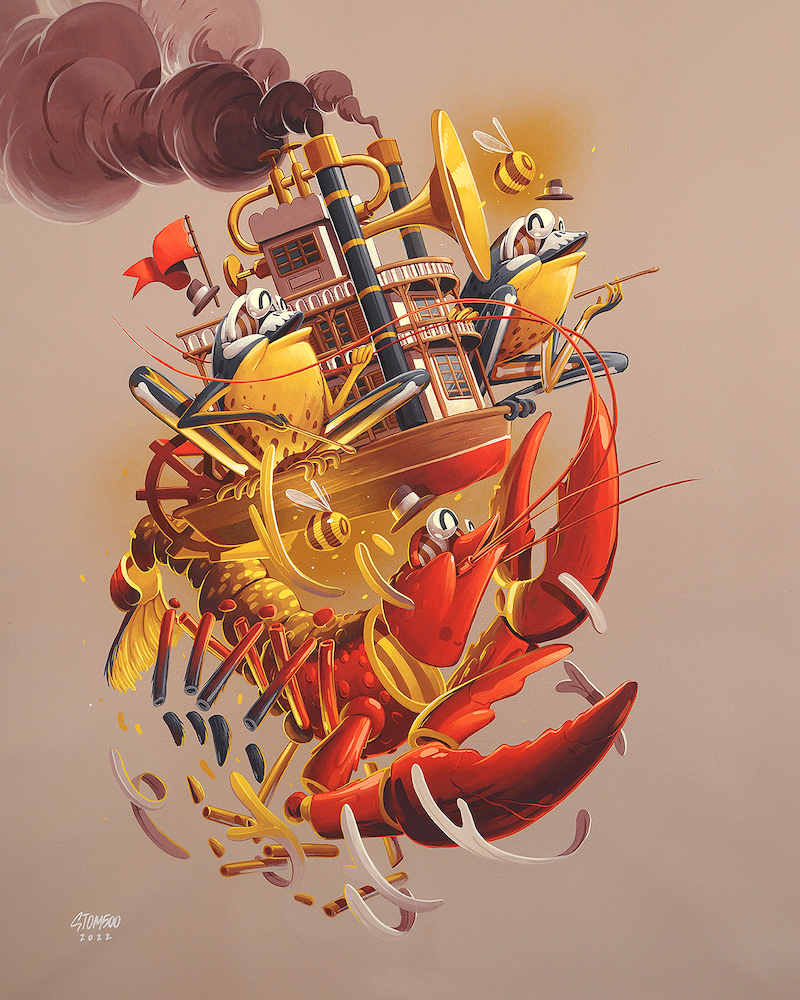 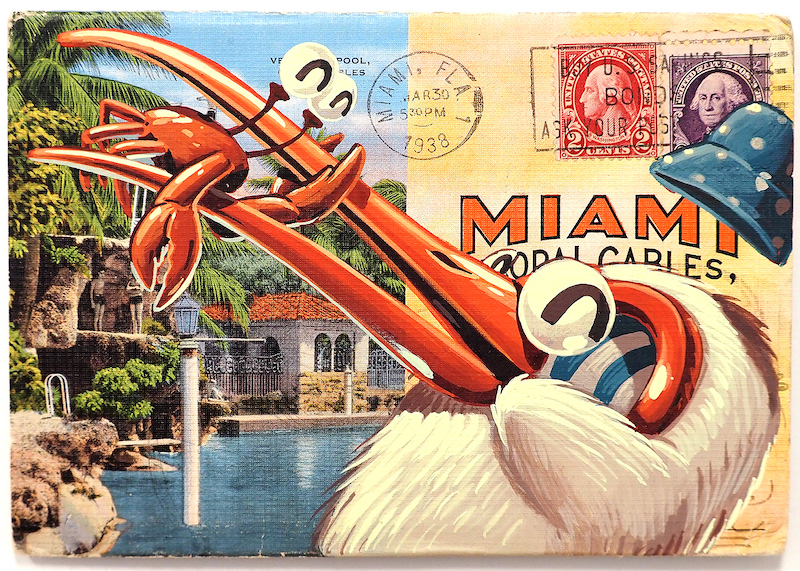 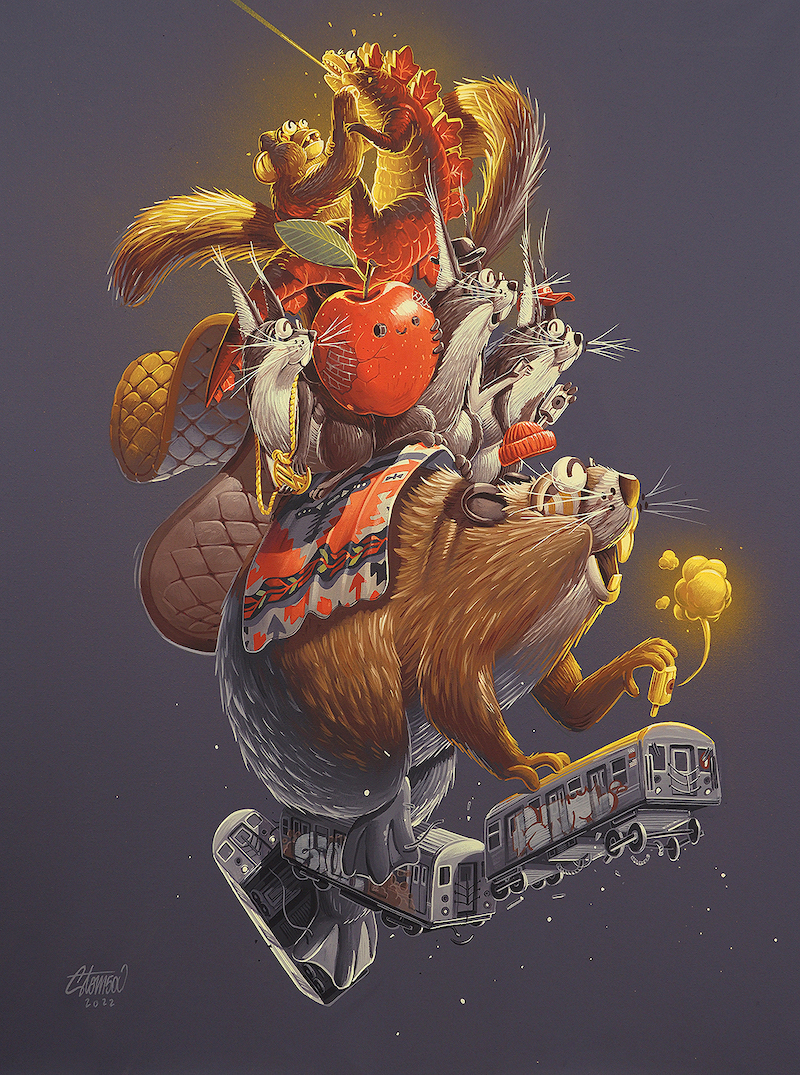 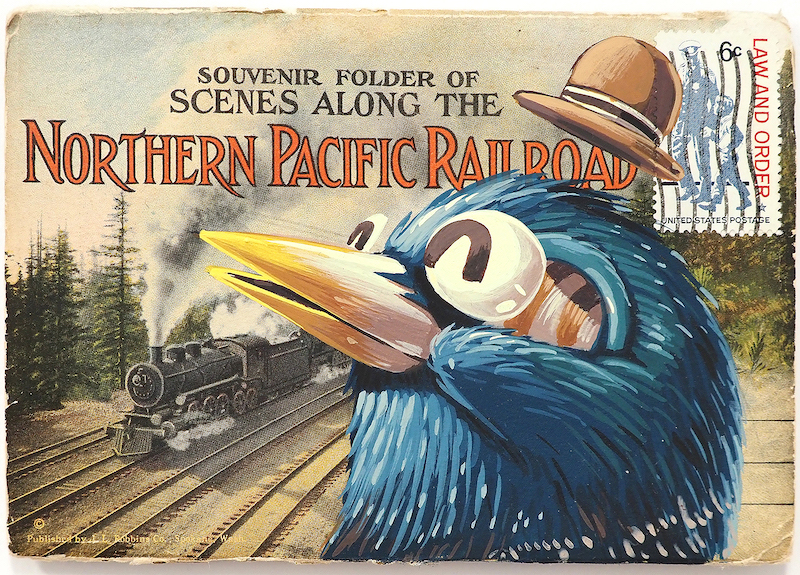 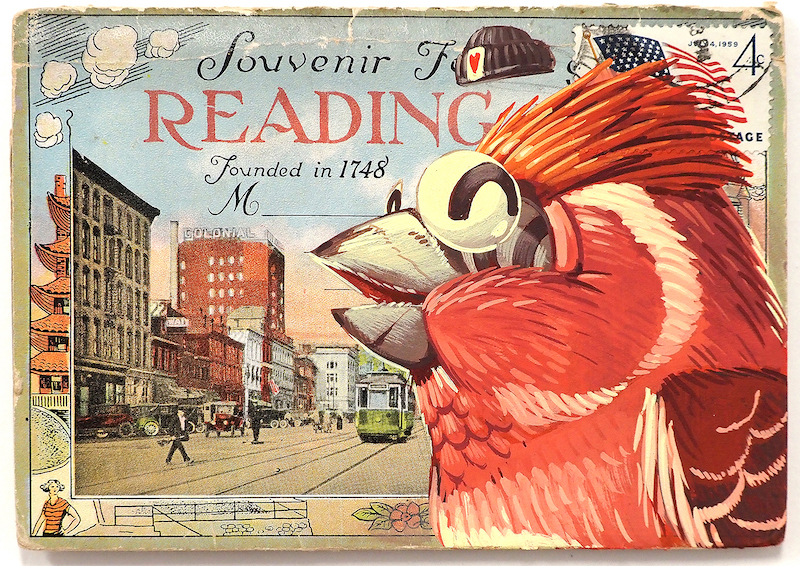 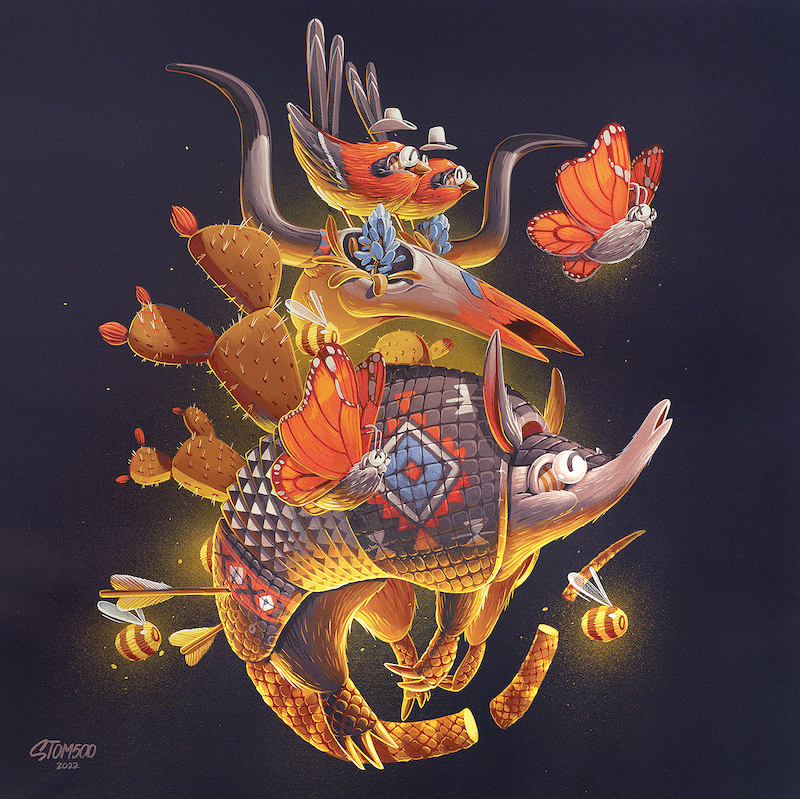 Thinkspace Projects is pleased to present Stom500’s debut U.S. solo show, CORTEZ. Named for the famous shoe model that Forest Gump wore during his run across the country, this exhibition pays tribute to the different states of the USA.

Stom500 (b. 1987 France), who is based in France, wanted to travel throughout the country, despite finding it increasingly complicated due to the COVID health crisis. Determined to safely find inspiration, he planned a road trip designed to take him through as many states as possible. Drawing inspiration from this trip, Stom500 created ‘CORTEZ.’  With 8 pieces representing 8 different states, this exhibition plays with the notion of living together.

Just as Stom500 traveled through this country, the paintings guide viewers on a journey. Using his compositions of crazy animals and representations of motion, the artist manages to open a dialogue about the intention of each subject. The bees, the totem animal of the painter, are there to light the way, guiding the subjects and viewers. Each representation contains an element of whimsy, thanks to Stom500’s childlike wonder.

“Personally, I feel like I've kept some of my childhood soul. It's just the toys that have grown up! I paint much bigger walls and play with pods instead of miniature trucks. Basically, graffiti is the opposite of what our parents told us to do. Don't write on the walls they said! 30 years later it has become my reason to live and what makes them proud! My work has matured and I ask myself more questions about environmental and societal issues but it is still the child in me who is in charge.”

This balance between the mature and the innocently curious is what exactly makes this collection so engaging.

About Stom500
Cultivating a delirious and humorous universe fed by the euphoric energy of cartoons, this self-taught virtuoso from a neighboring village in the Swiss municipality of Basel multiplies his talents. Trained as a graphic designer, professional illustrator and renowned graffiti artist for the past five years, Stom500 is, as he amusingly calls himself, a true "Swiss Army knife.” Spray, brushes, acrylic,large murals, and small canvases are all in his wheelhouse. He uses mediums and styles as diverse with a predilection for animal themes that, under the veneer of fun, carry a relevant message, often humanistic or ecological. Like his swirling bees or his apparently incompatible bestiaries, like the crow and the fox inspired by the fables of La Fontaine.