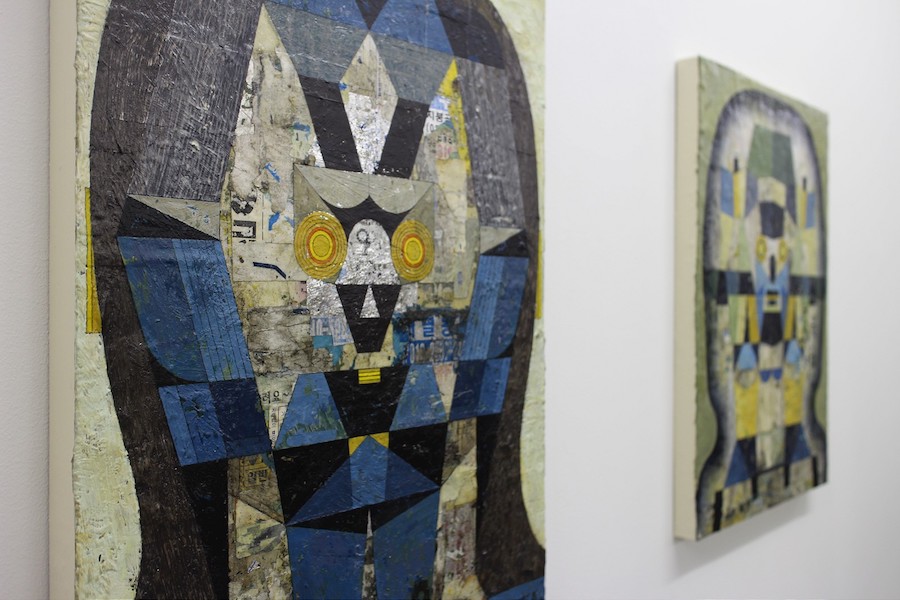 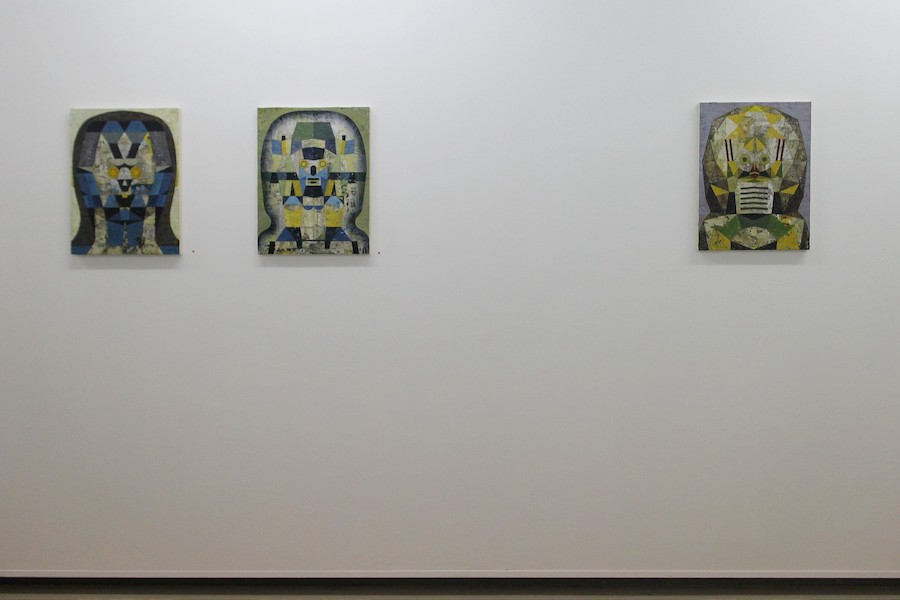 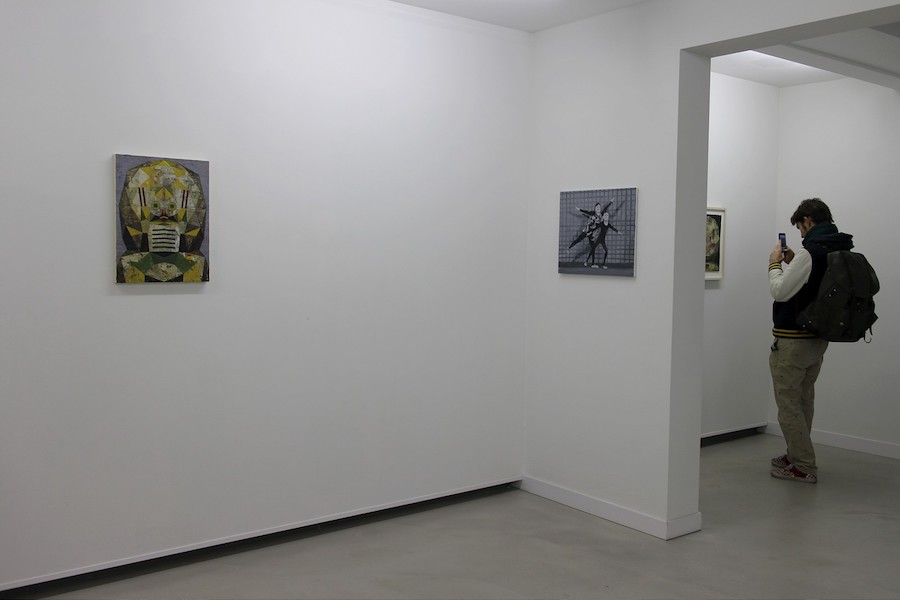 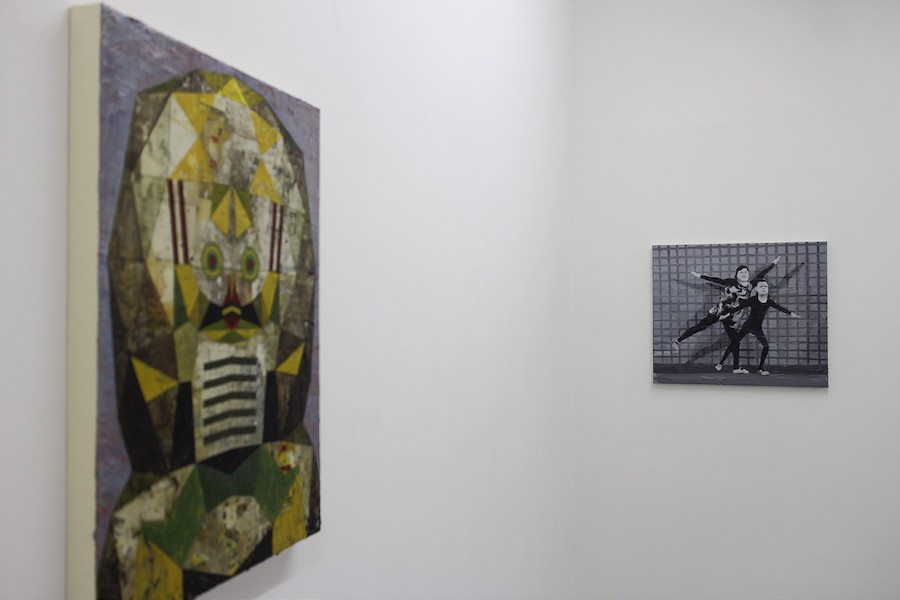 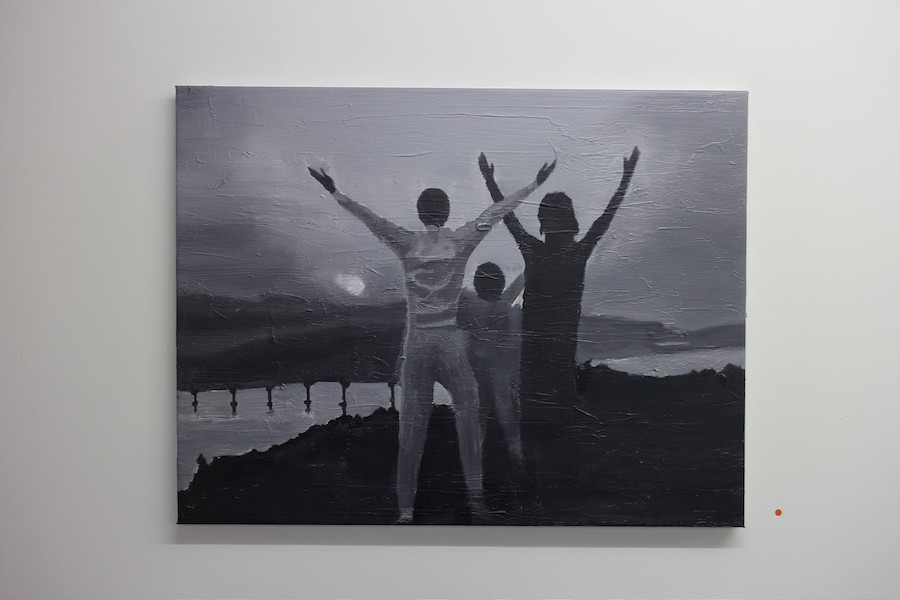 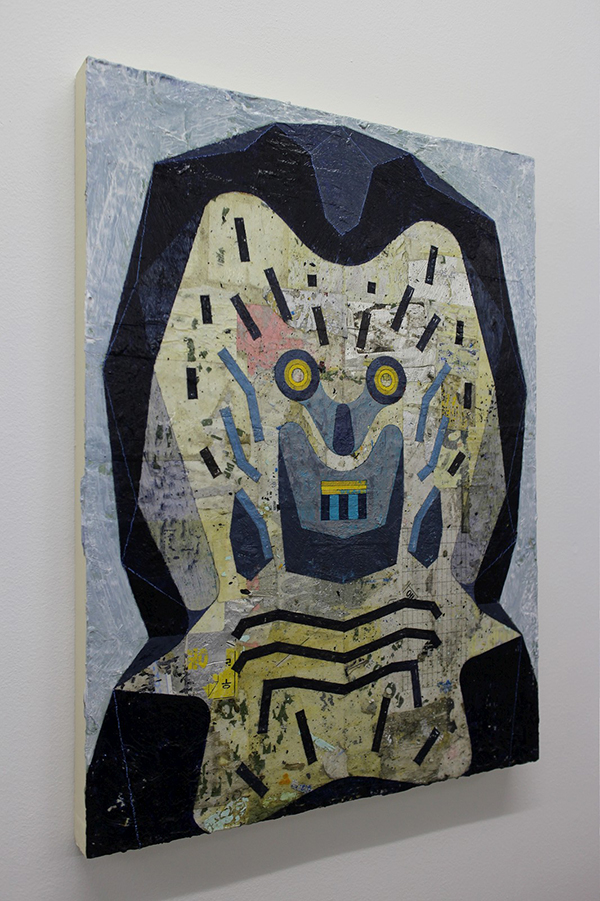 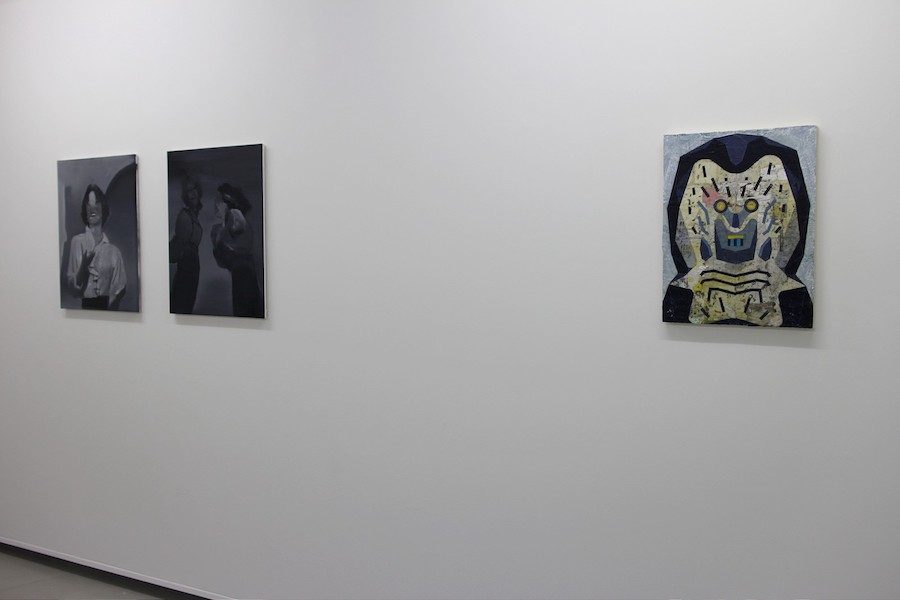 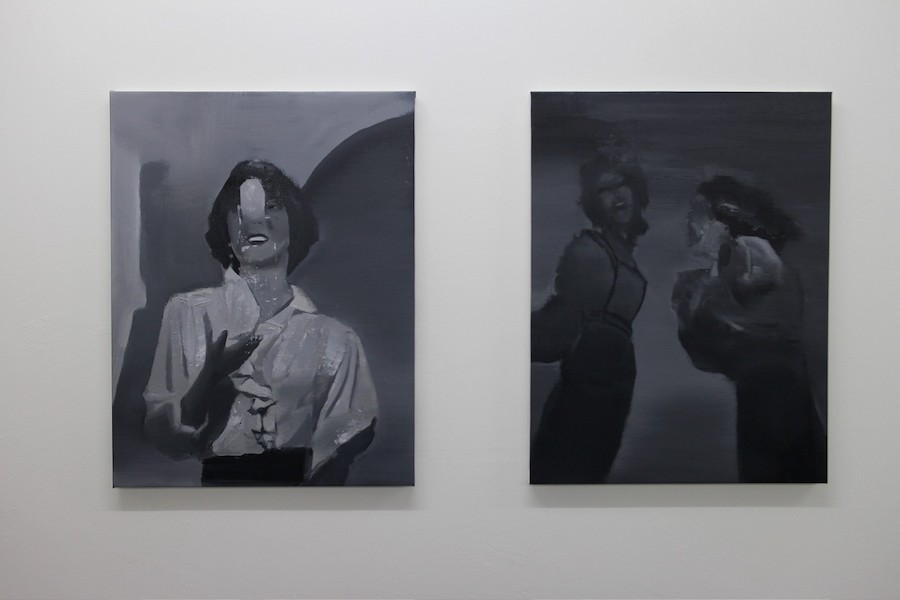 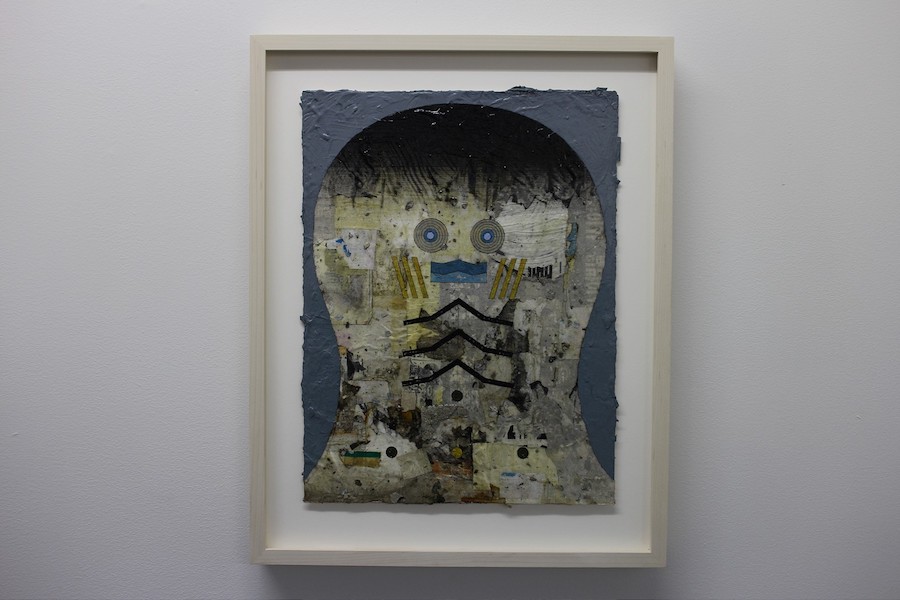 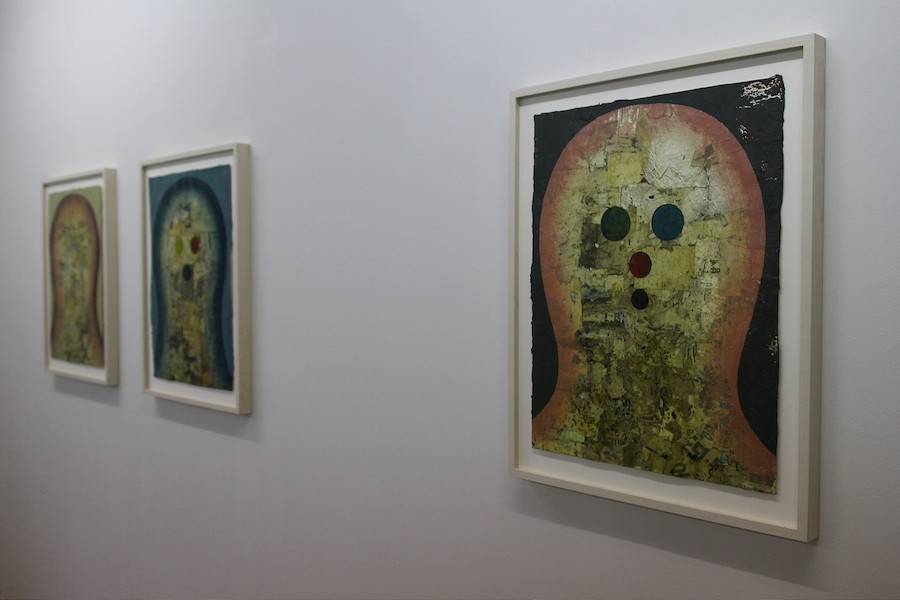 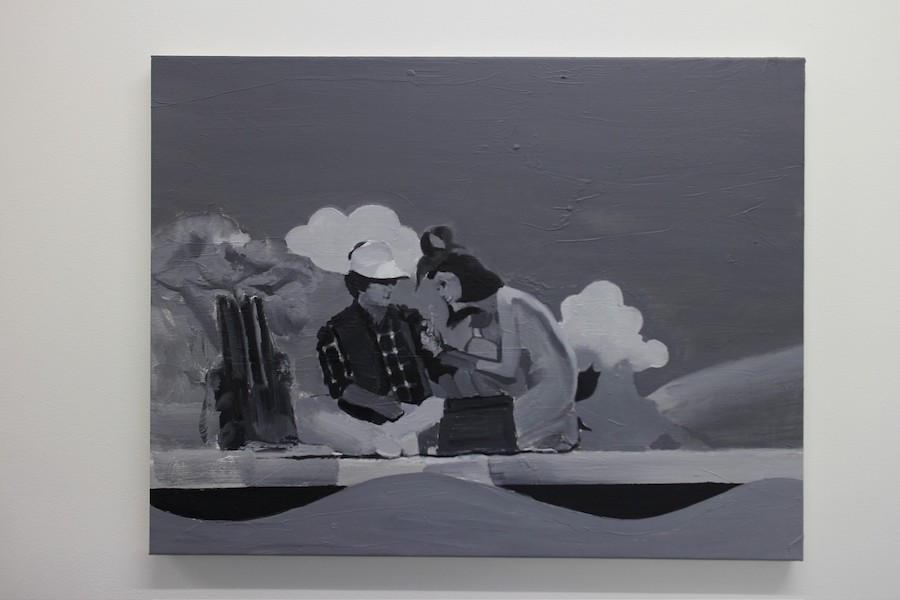 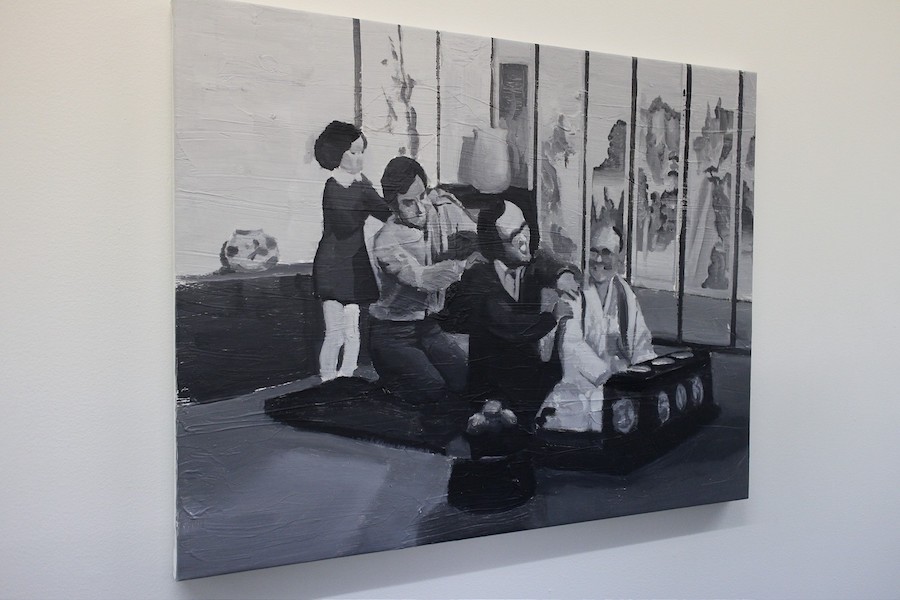 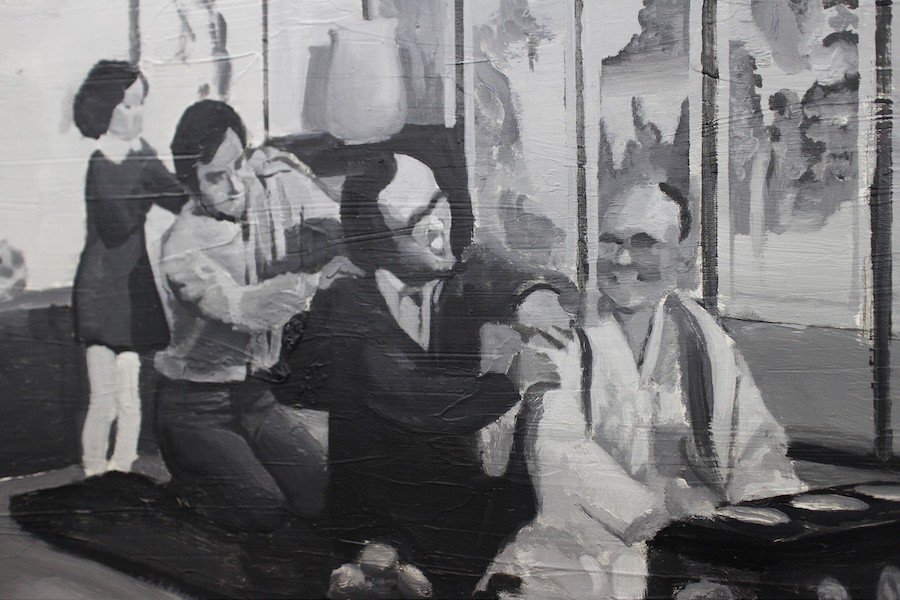 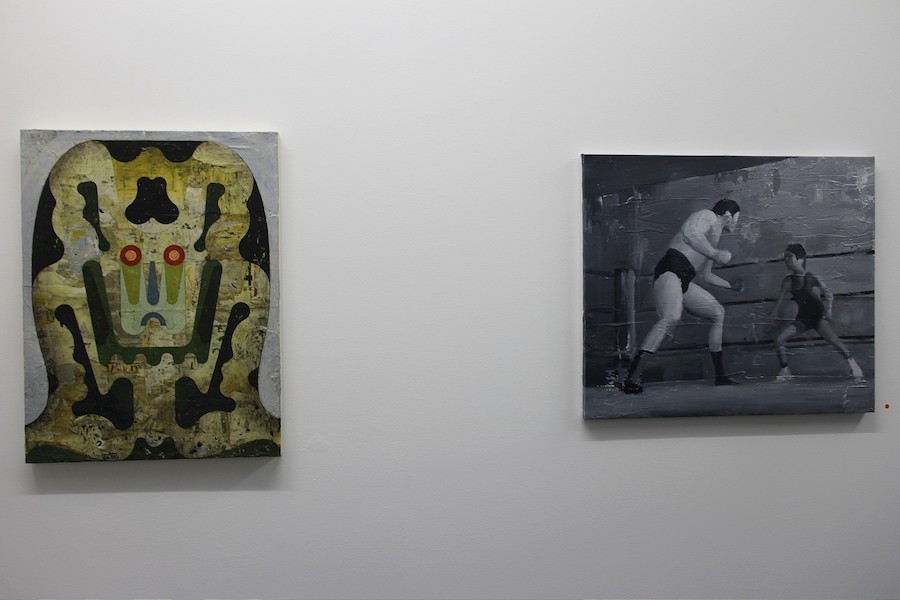 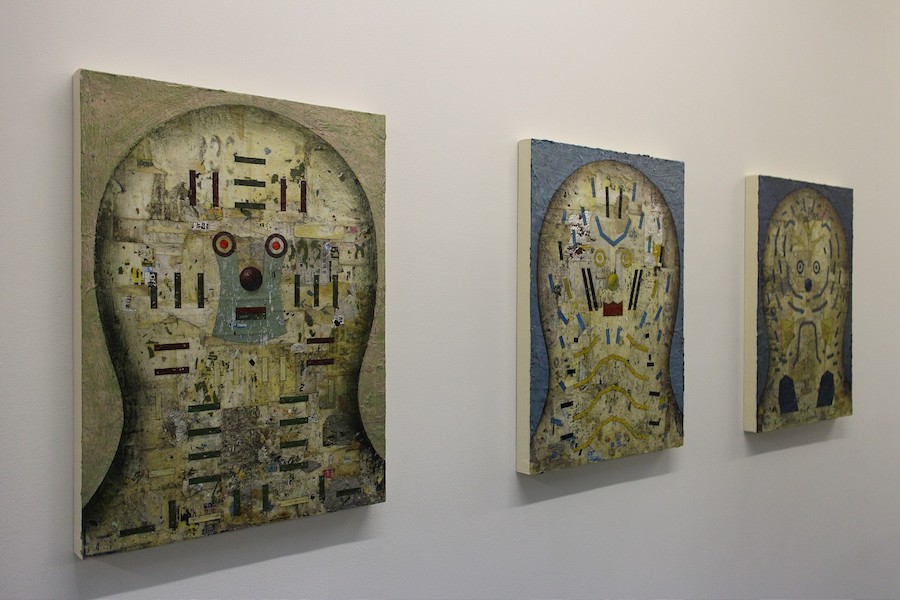 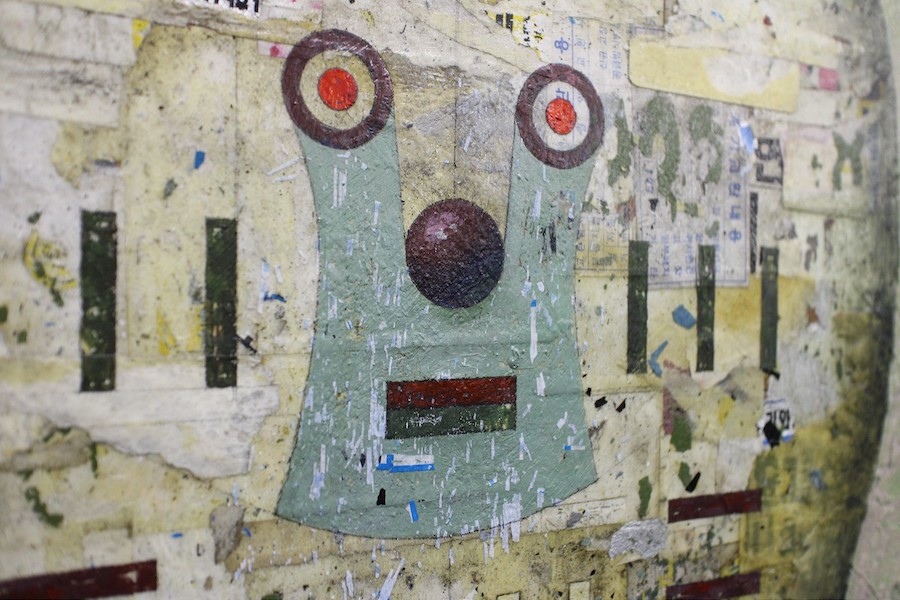 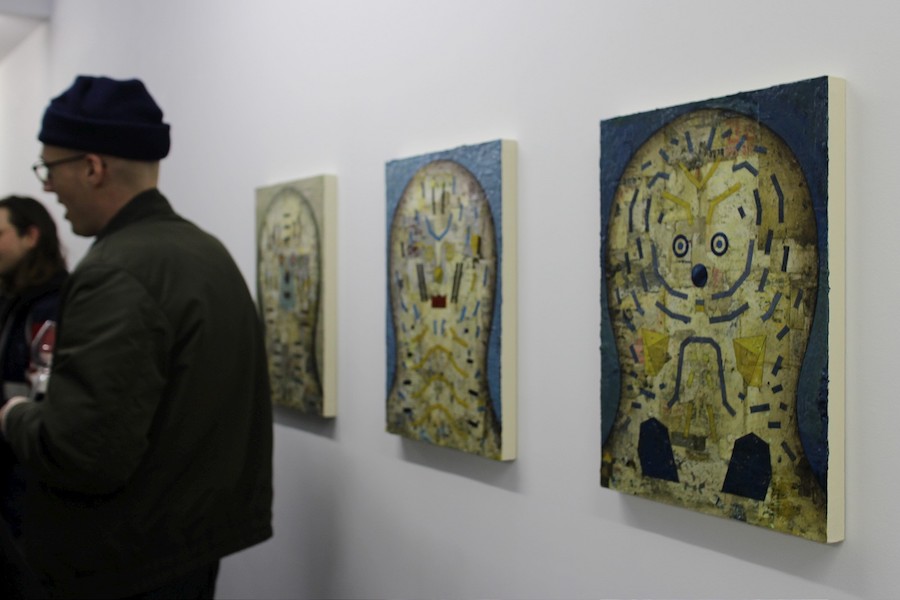 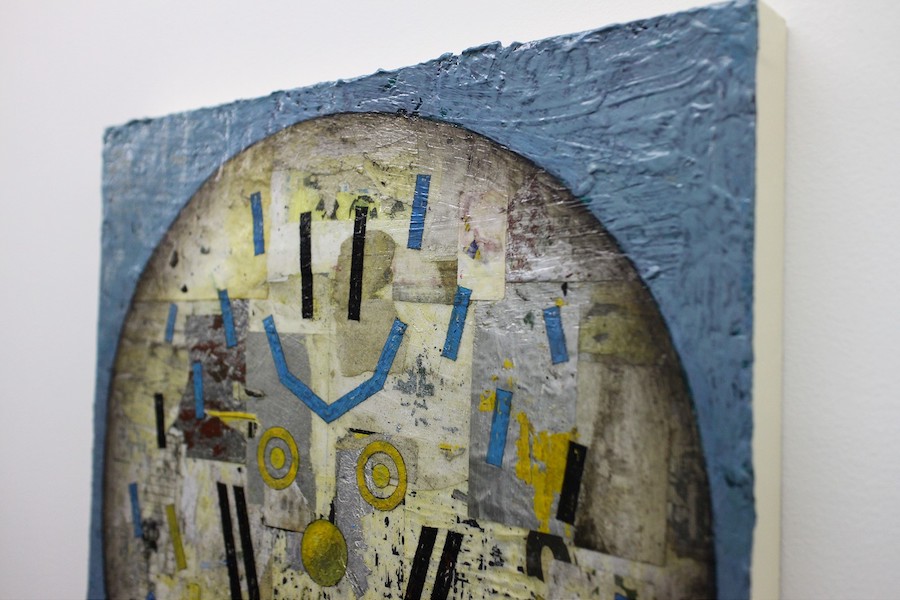 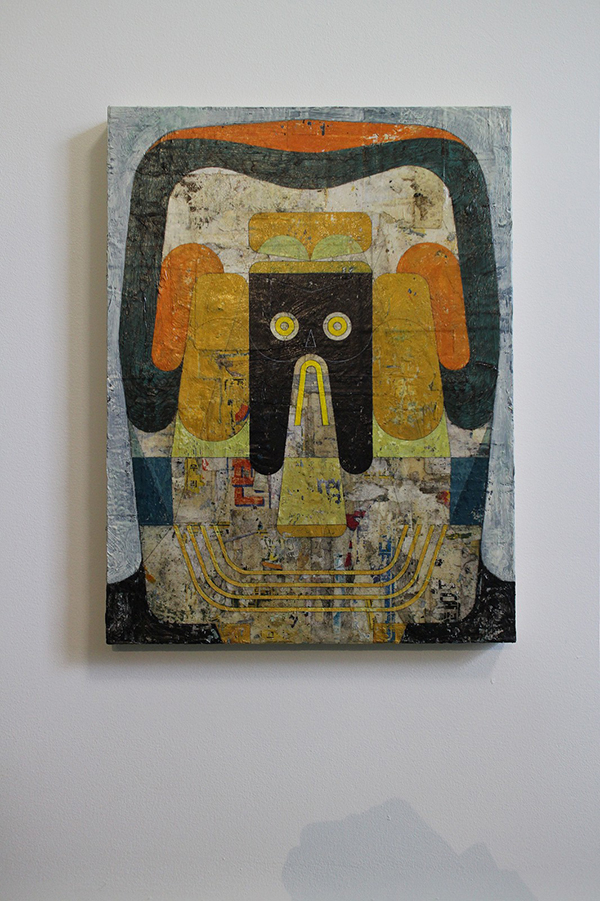 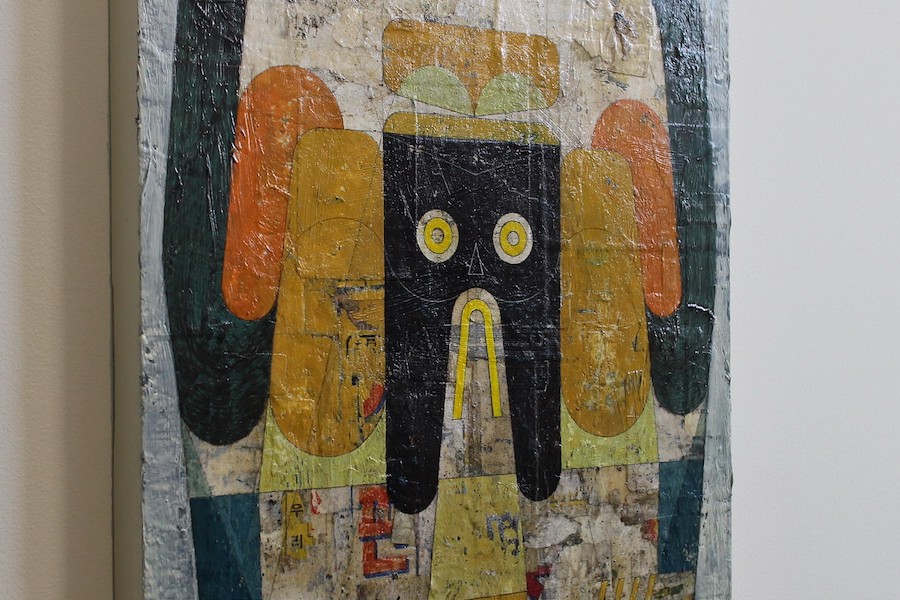 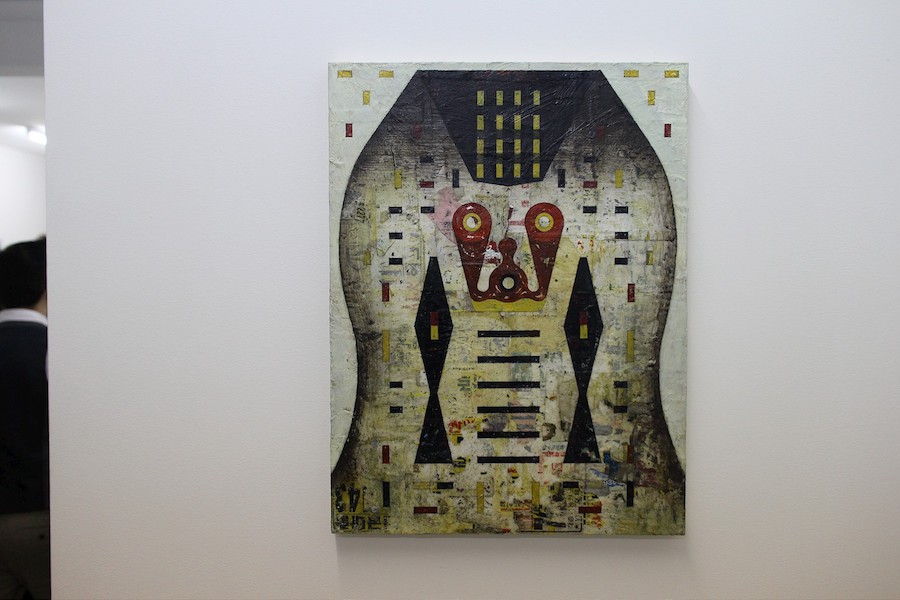 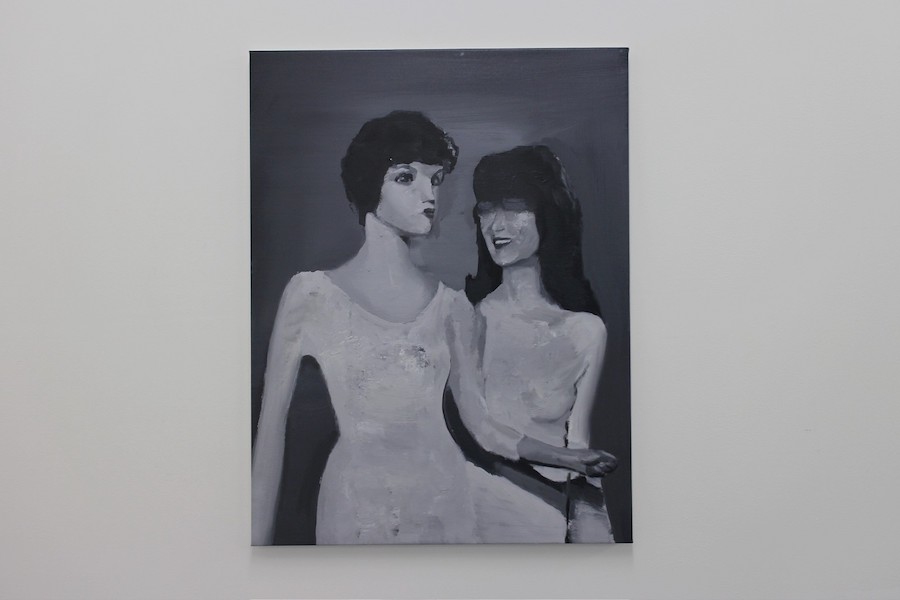 Seoul Sessions is duo exhibition consisting of works by Jisan Ahn and Raymond Lemstra that opened on 10th February at Galerie Bart in Amsterdam. The connection between the two distinctive bodies of works exhibited is that both artists have studied in Groningen and currently live in Seoul, meaning both got to experience the feeling of being a newcomer, an outsider.

The Korean-born Ahn came to The Netherlands to study art and instantly realized that his previous focus on local political subjects wasn't something that would work outside his home country. Still keeping connection with his homeland, but working with easier to read imagery, he found his inspiration in Korean commercials from the 1970s. Naive in their overall quality and aesthetics, these short promotional flicks had no hidden agenda and are still symbols of the simpler times passed. For this series, Ahn had to step away from his masterful use of color and recognizable framing. Working within grayscale spectrum and with perfectly framed imagery, he still managed to add a bit of tension to the vintage footage and accent those with rich painterly texture. By doing this, the initial message of the image became obscure and the new picture opened for much wider, universal meaning.

Not long after his move to Seoul, the Dutch-born Lemstra quickly became cornered into his studio by the disparate culture and language barrier. In order to get the better idea of his new hometown, he started collecting posters and stickers that he found on walls and lampposts. These eventually found their way into a new body of mask-like portraits that is now on view back his homeland. Different in technique but also the general aesthetics, these mixed-media pieces carry very little smoothness of his meticulous pencil or oil works. Still occasionally using the thin line, smooth shading or empty eyes put too close together, the works from Seoul Sessions are drastic departure from purely visually pleasing image leaning on his indisputable technique alone. Finding himself in a new and very different environment, Lemstra saw his work as an impulse to research and a tool to engage with his surrounding. Always looking to explore in his process, the new life opened opportunities in which the work transcended the walls of his studio and became his communication channel with the unknown outside world. To some extent, the new pieces might come across as abstract portraits of anonymous individuals he came across during his explorations, or at the same time, abstract selfportraits depicting his vulnerable, puzzled Dutch self in Korean society. —Text and photos by Sasha Bogojev