Sean Norvet is High On Stress 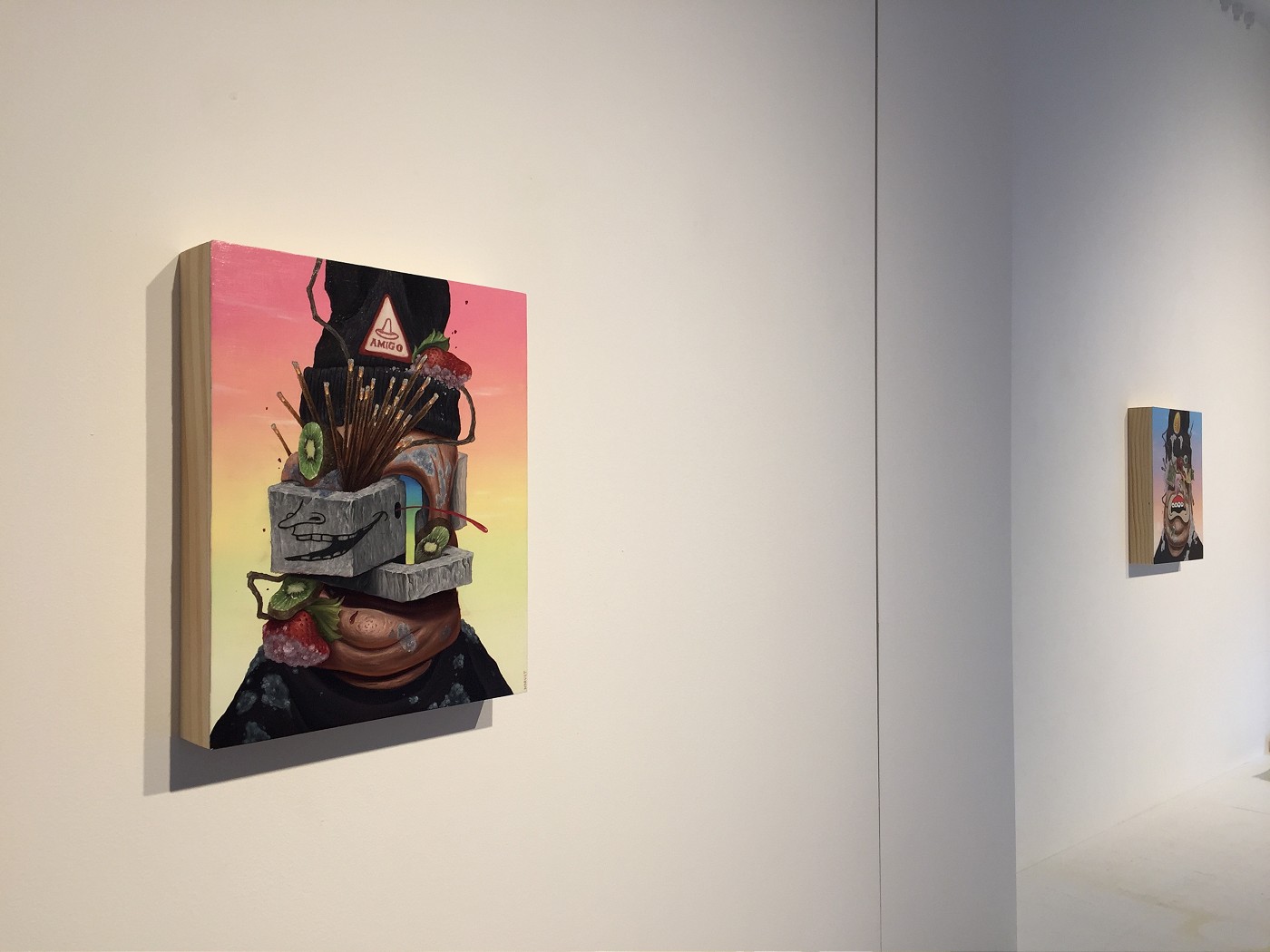 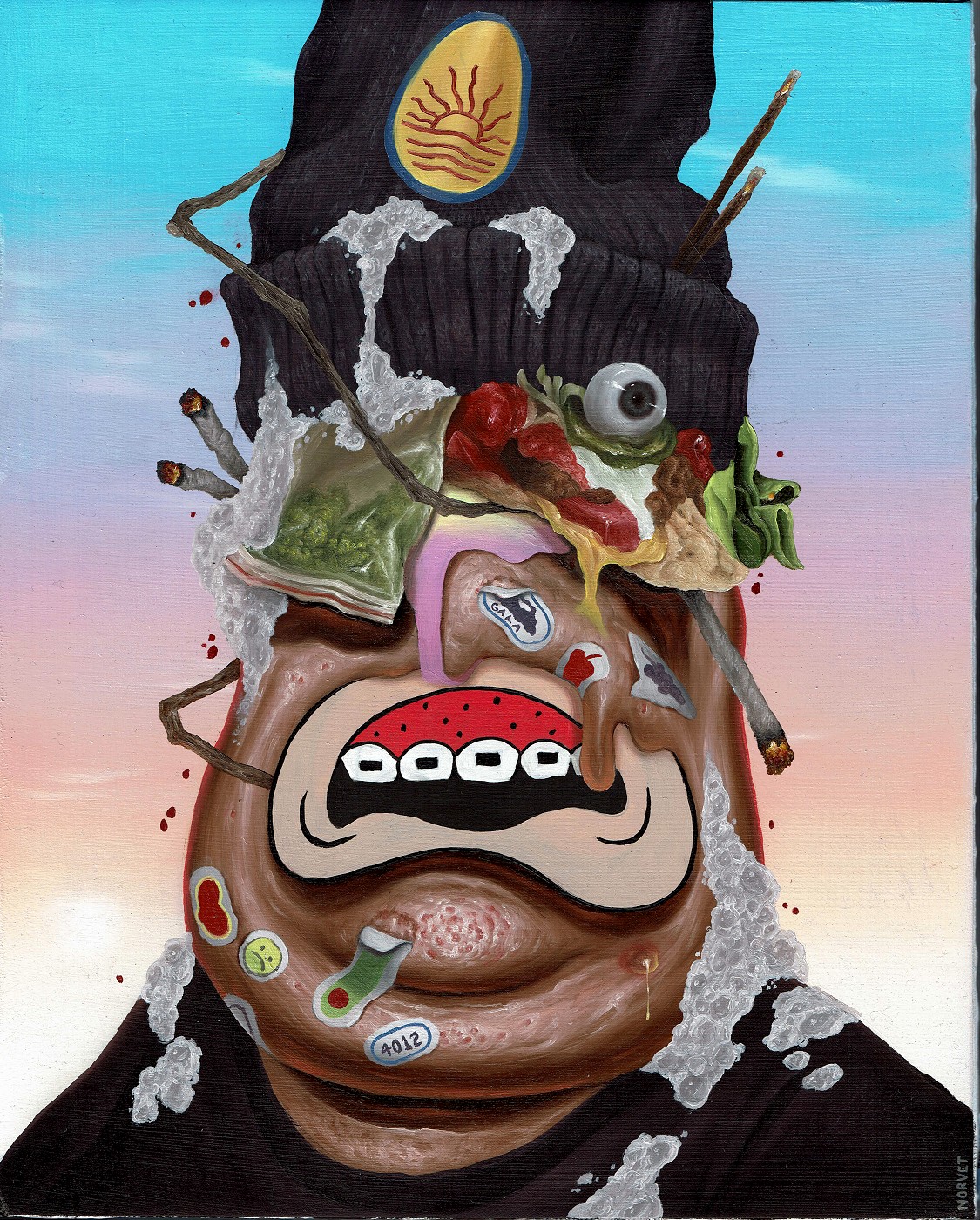 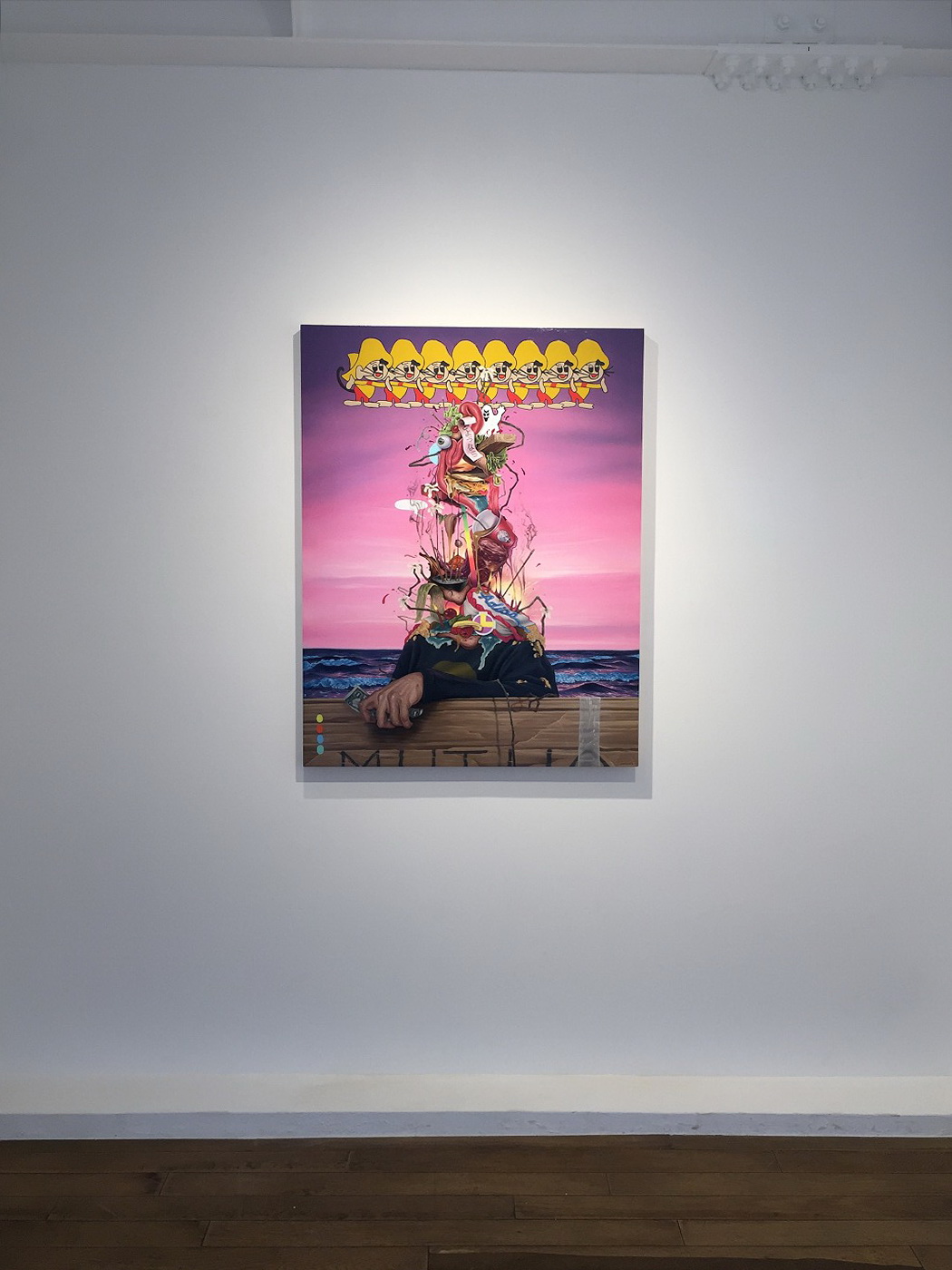 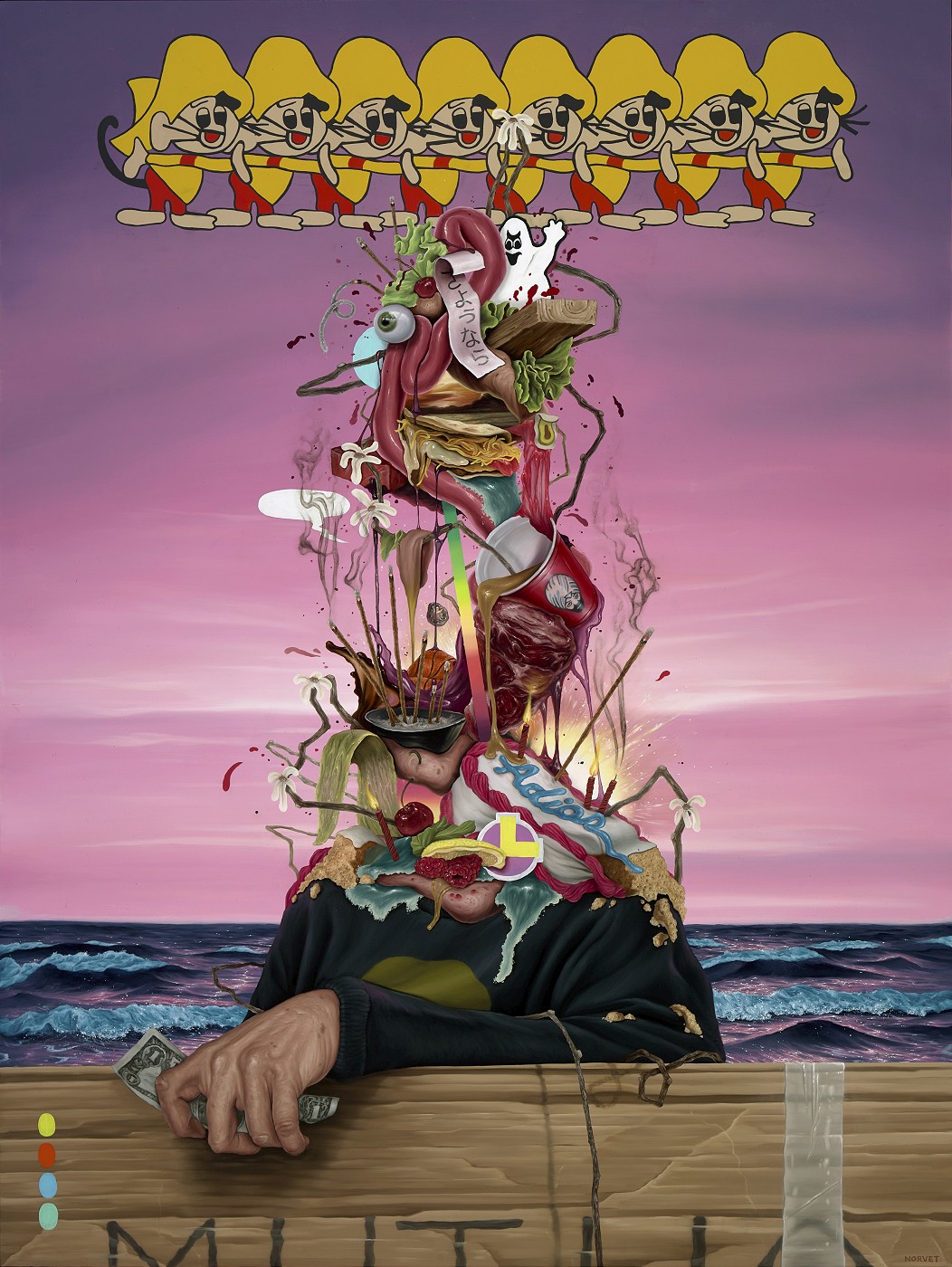 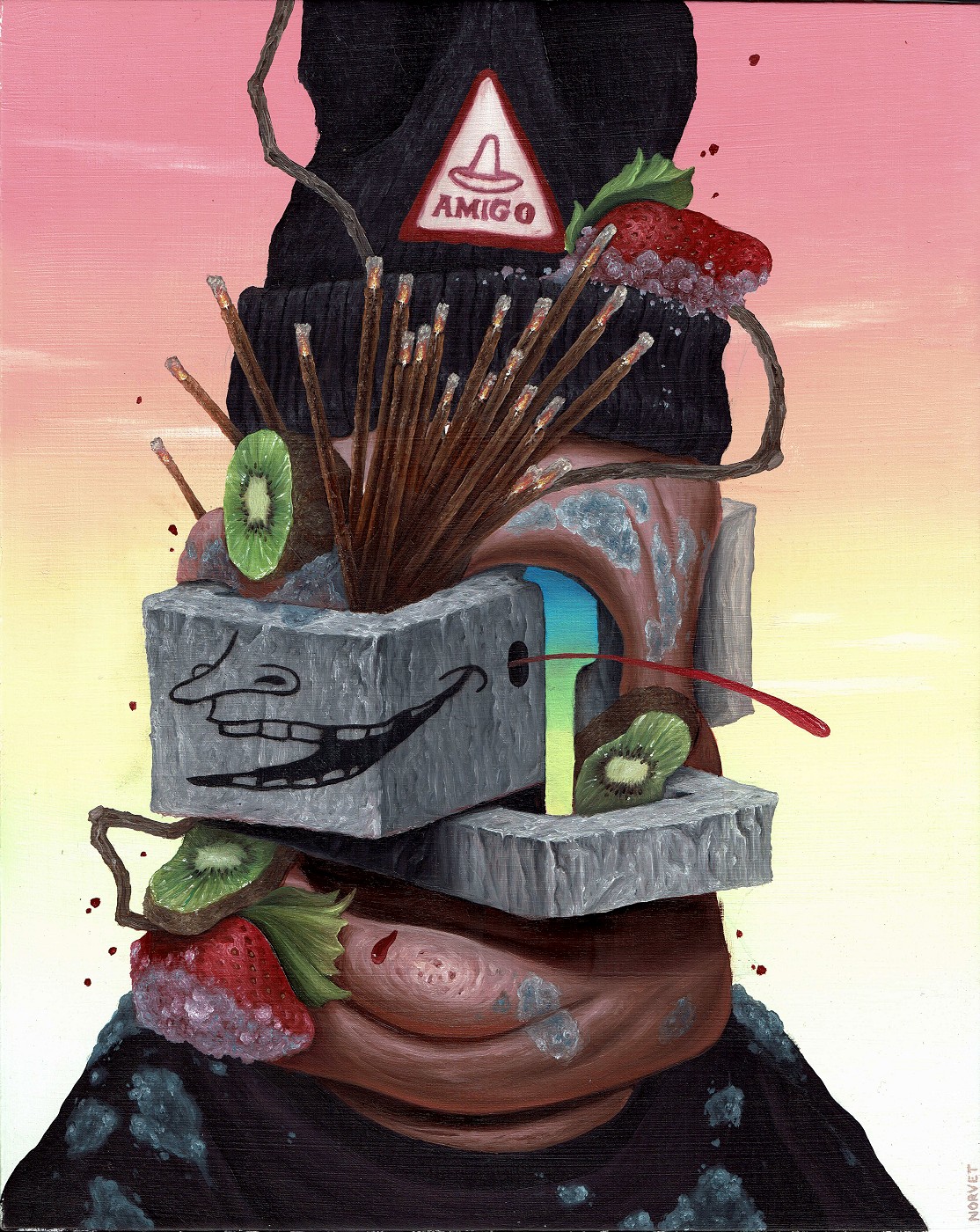 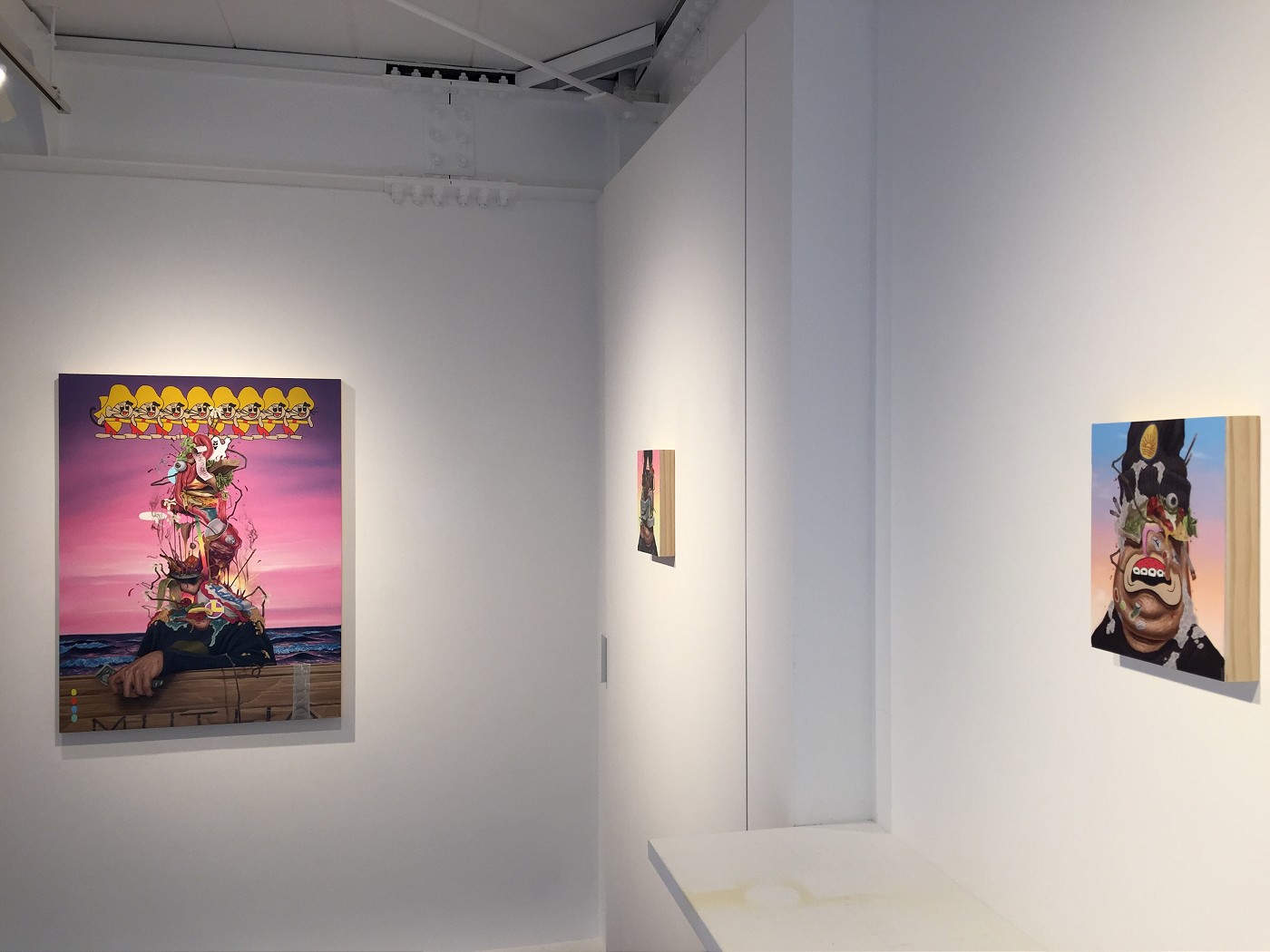 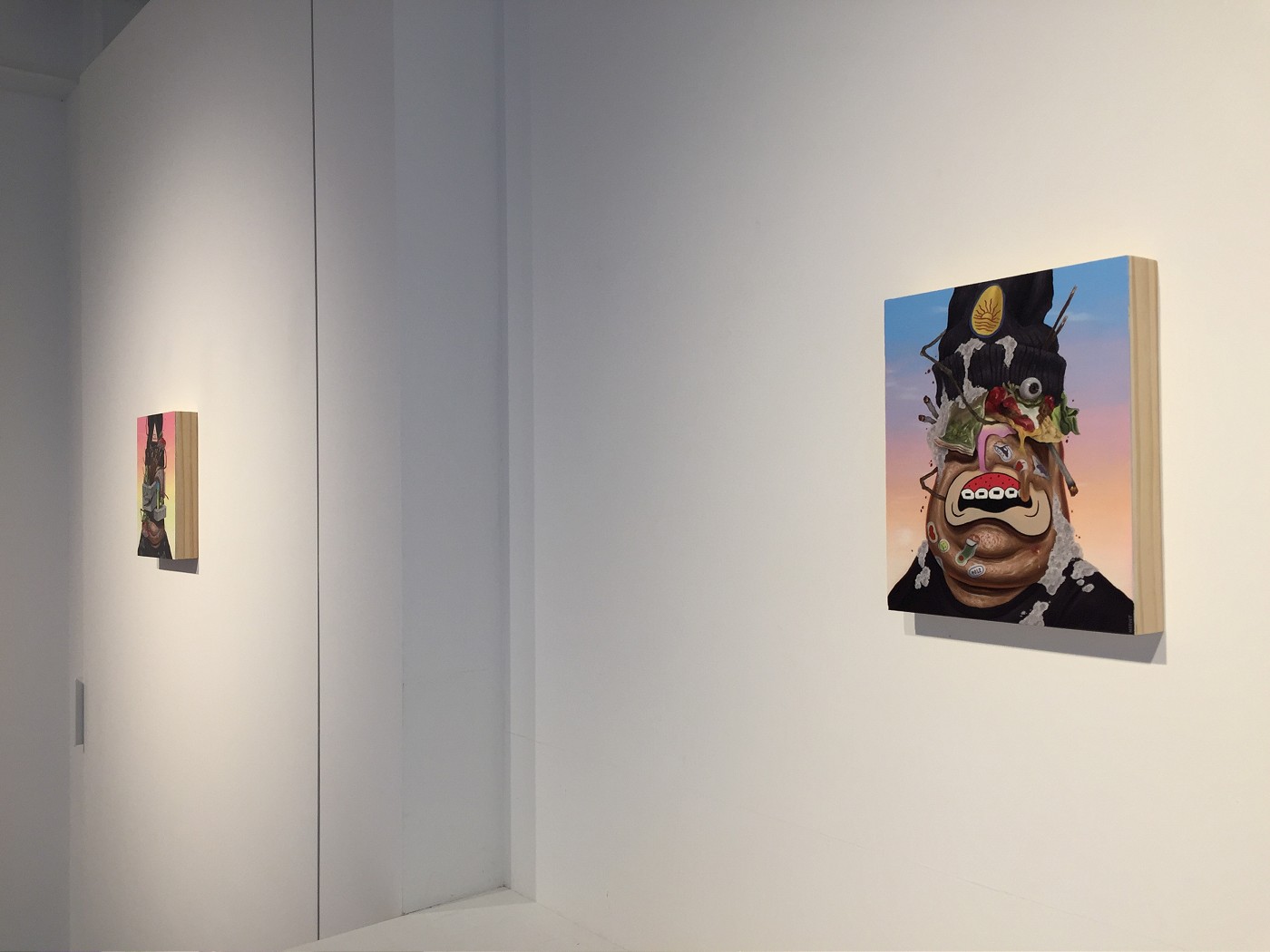 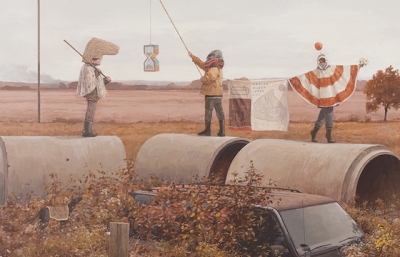 On Sunday 5th March, Tokyo-based Amalama gallery will open a small show by LA-based Sean Norvet. High On Stress will be the artist's first solo show outside the US and will include three new works created exclusively for this exhibition.

Norvet likes to create bizarre creatures by patching up familiar objects and imagery. Primarily focused on creating an amusing image, he often comments on how lifestyle and society can shape an individual. By using junk food, media, hobbies, brands or vices, his subjects are literally made of what they consume. Like a visual mad scientist he grabs various visual elements and puts them together, creating a sort of a monster whose appearance tells a rich story. The three paintings created for his Tokyo debut are more oriented on comparing the two cultures—the one he is coming from and the one he is exhibiting in. From bags of weed to incense sticks, the pieces are collaging objects used in both cultures to relieve stress in a way that makes them claustrophobic and stressful. This is why the largest painting in the show, "Adios Mutha", is in a semi-explosive state while composed of familiar calming and meditating symbols and imagery. With these new works Norvet wanted to introduce contemporary Americana into lives of locals and hopefully find some relatable common ground. —Sasha Bogojev