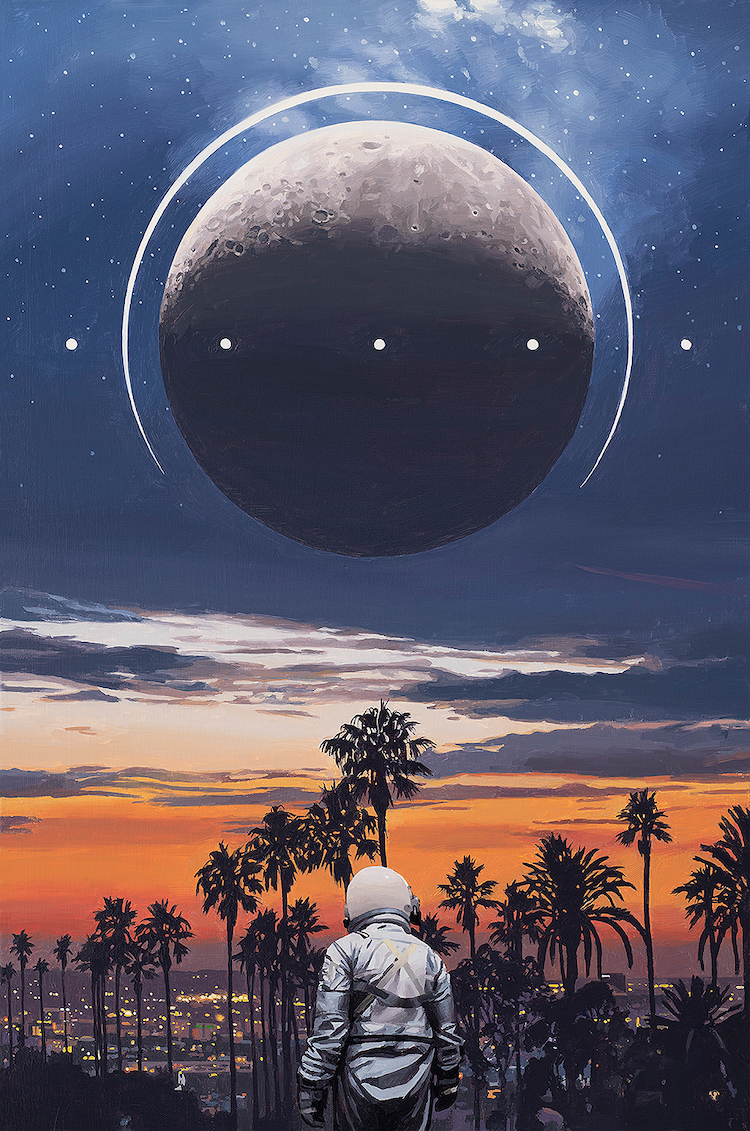 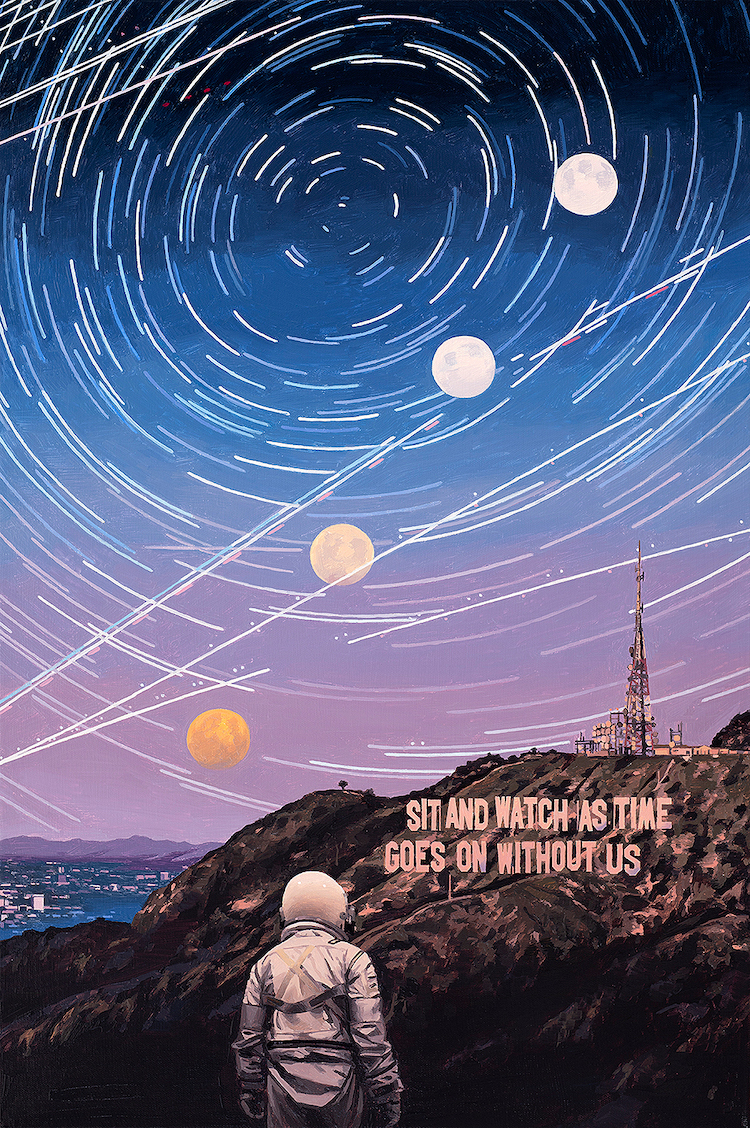 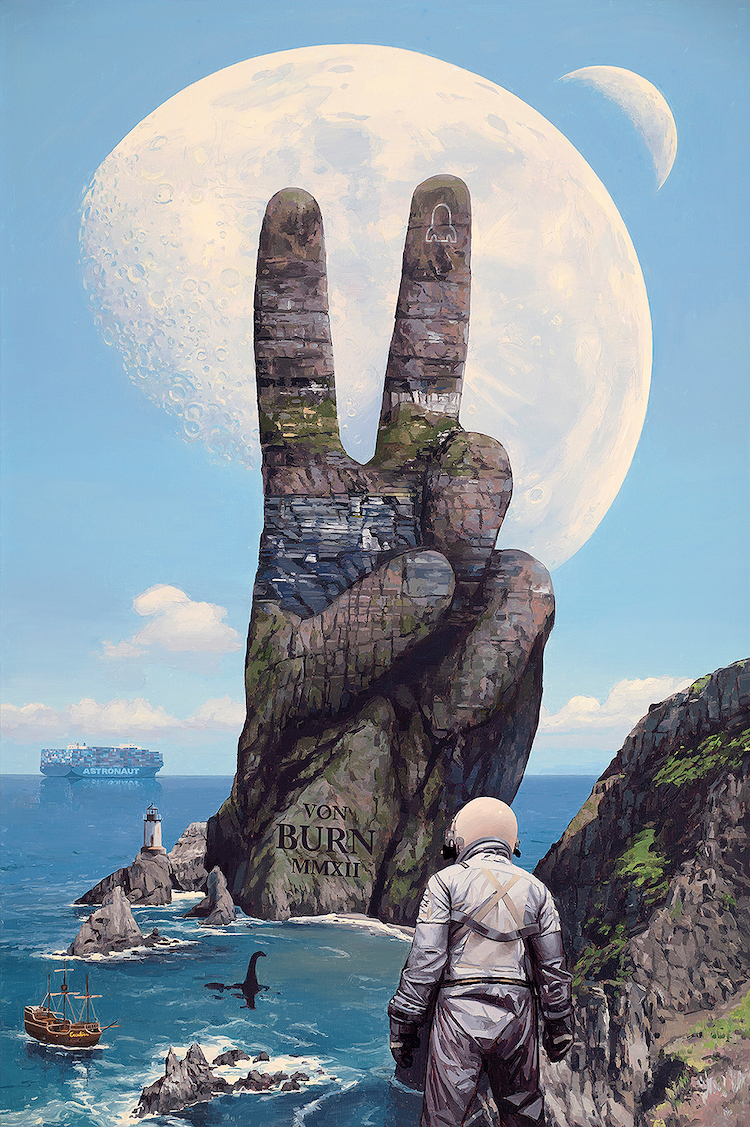 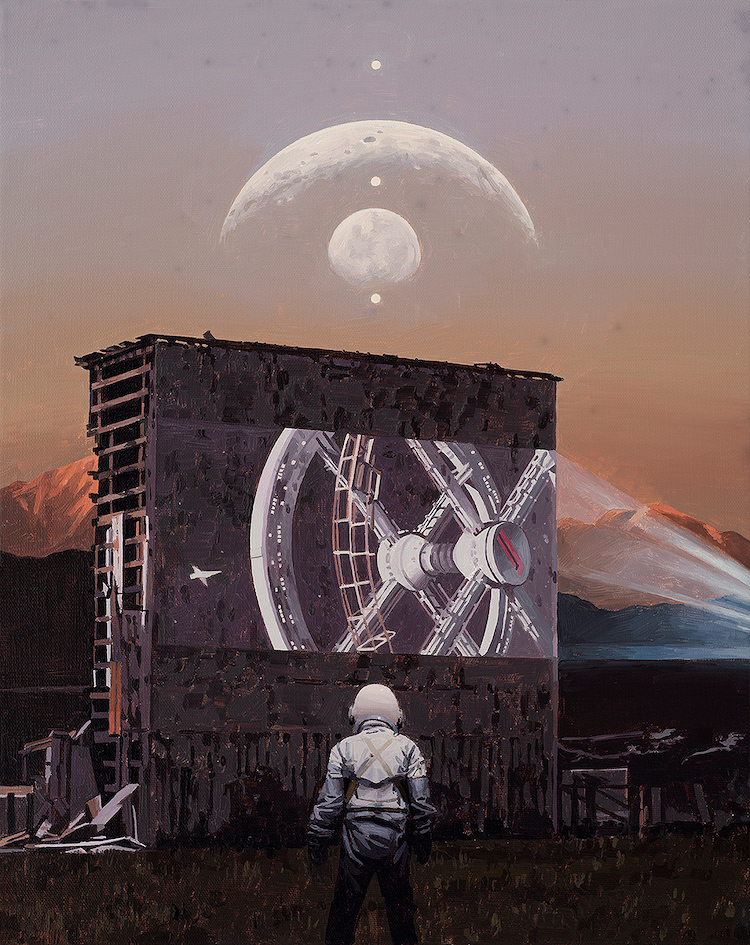 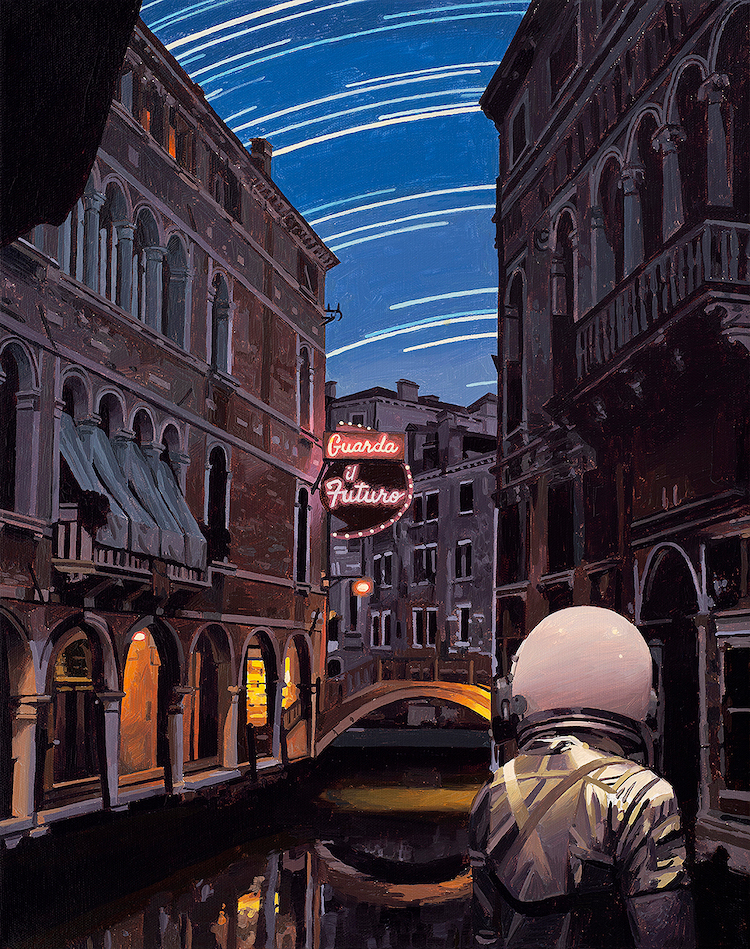 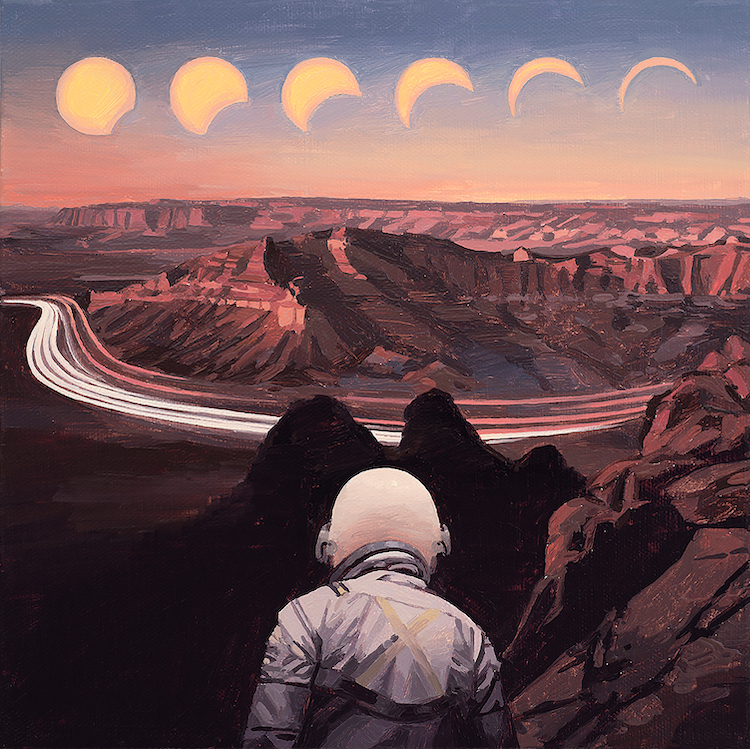 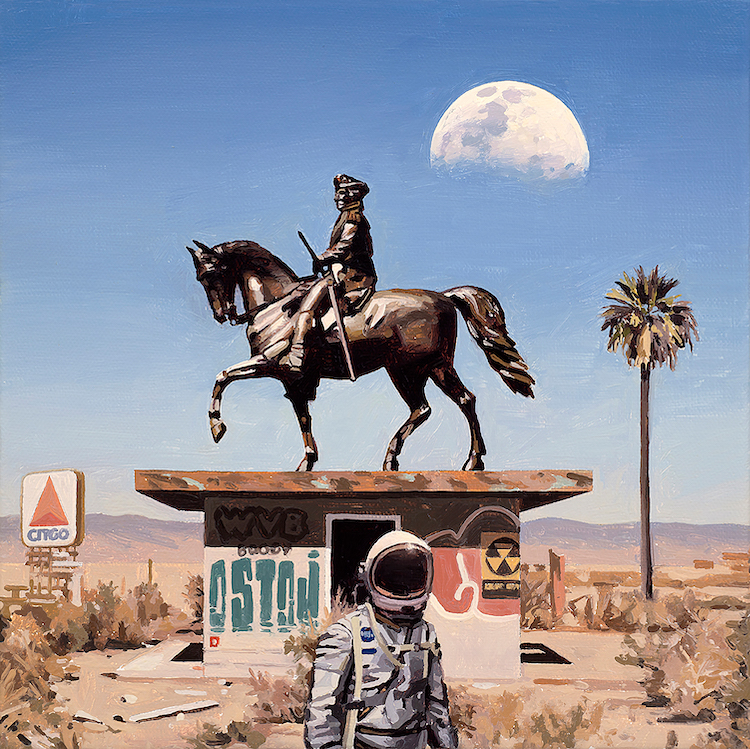 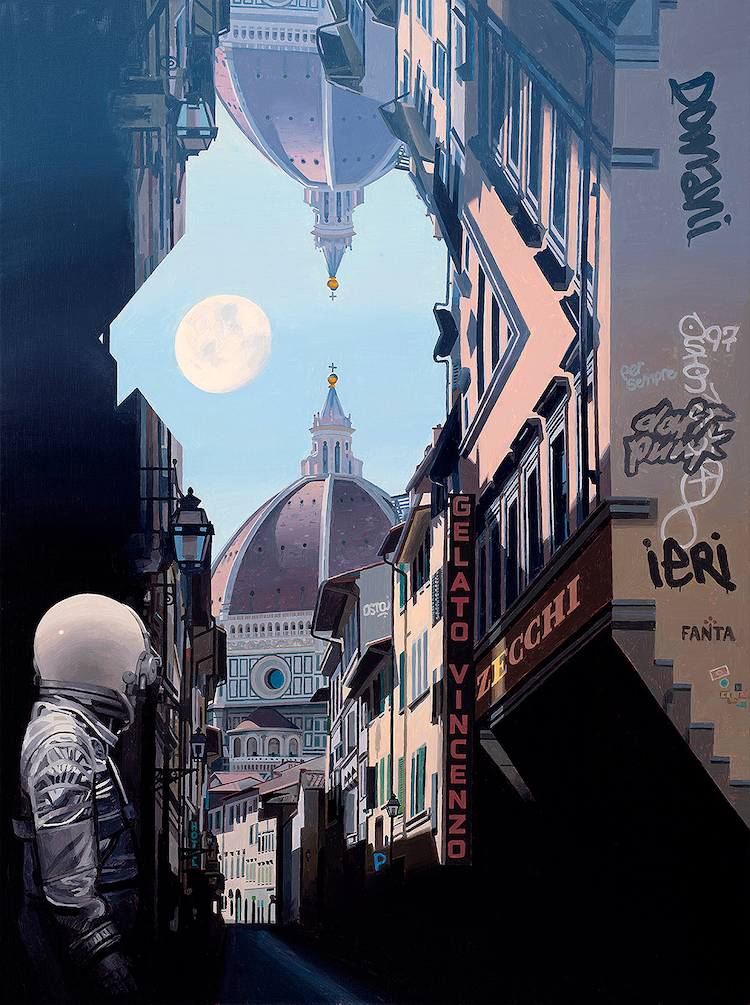 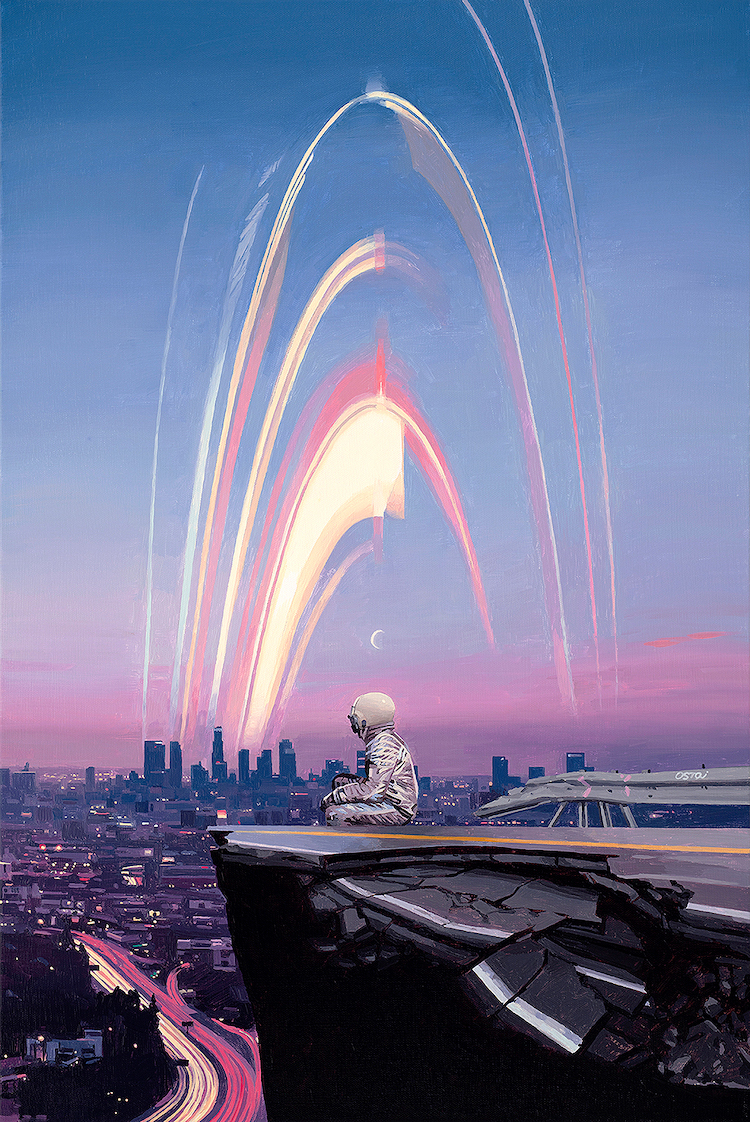 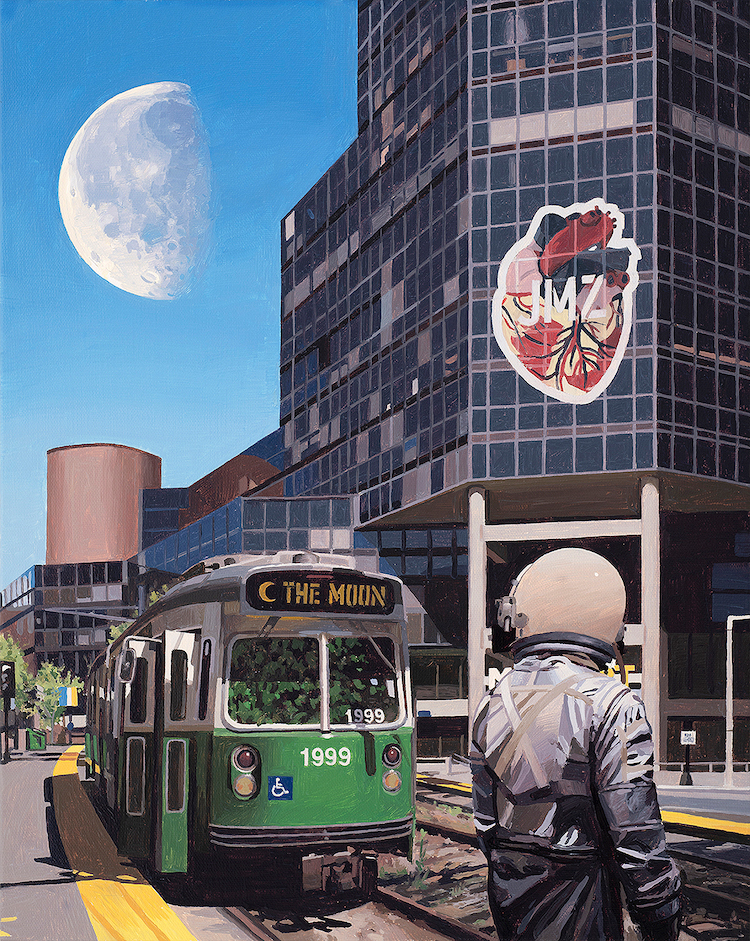 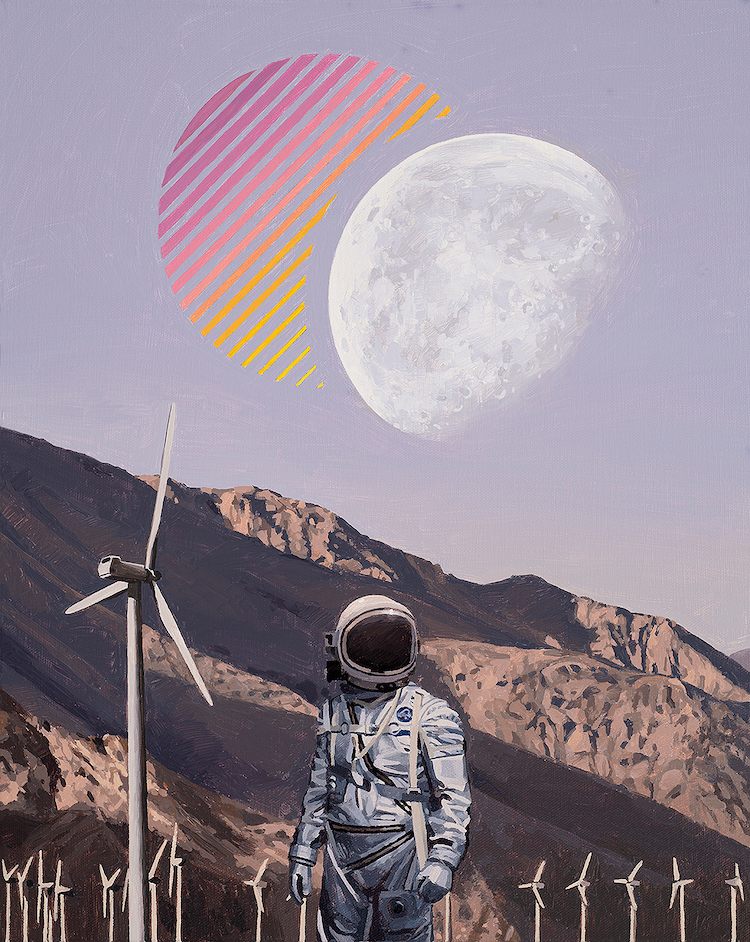 Thinkspace Projects is presenting Scott Listfield’s latest show with the gallery, The Multiverse. This complex show is the result of two years of feeling stuck, both physically and mentally. On the other side of a difficult period globally and personally, Listfield set out to make a show that was autobiographical in nature.

Looking back at the different lives he’s lived, people he’s known, and almost 600 paintings he’s created, Listfield was able to see his signature astronaut in a new light. Revisiting some of the earliest settings as a means to revisit the time in his life when he first created those pieces, and walk in the shoes of a much younger version of himself.

The result is striking, balancing the alien with the familiar, the realistic with the fantastic. At its core, the show is about escaping—escaping as both a means of relief and self-discovery. As Listfield relives some of his earliest days and earliest work, he finds his way back to his own beginnings in parallel with the astronaut. The work is vast and varied.