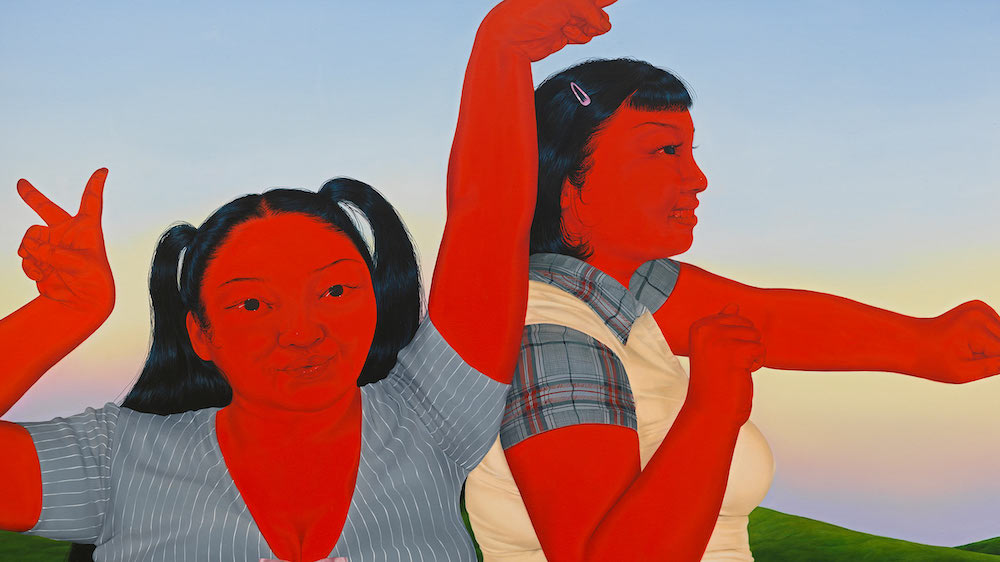 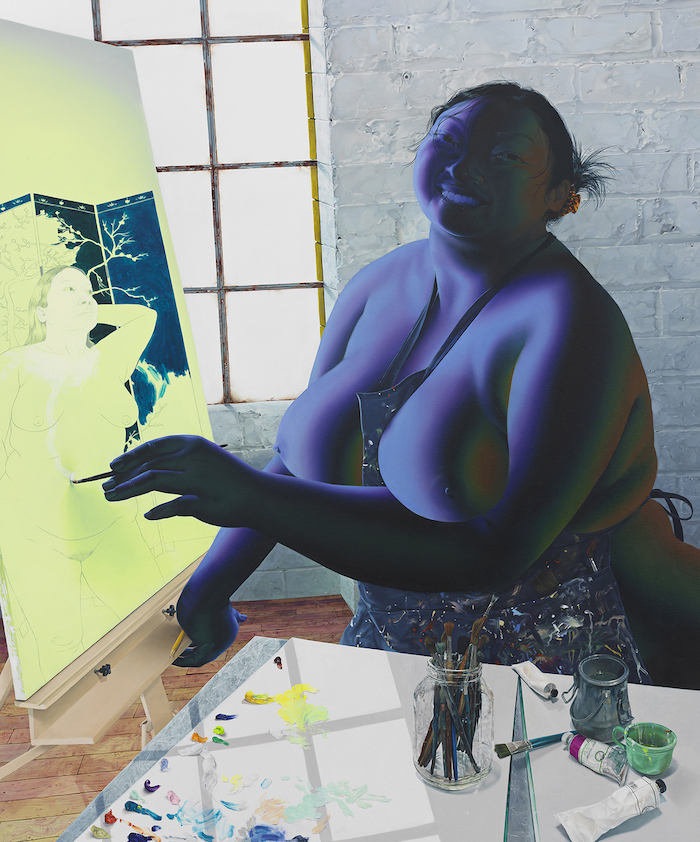 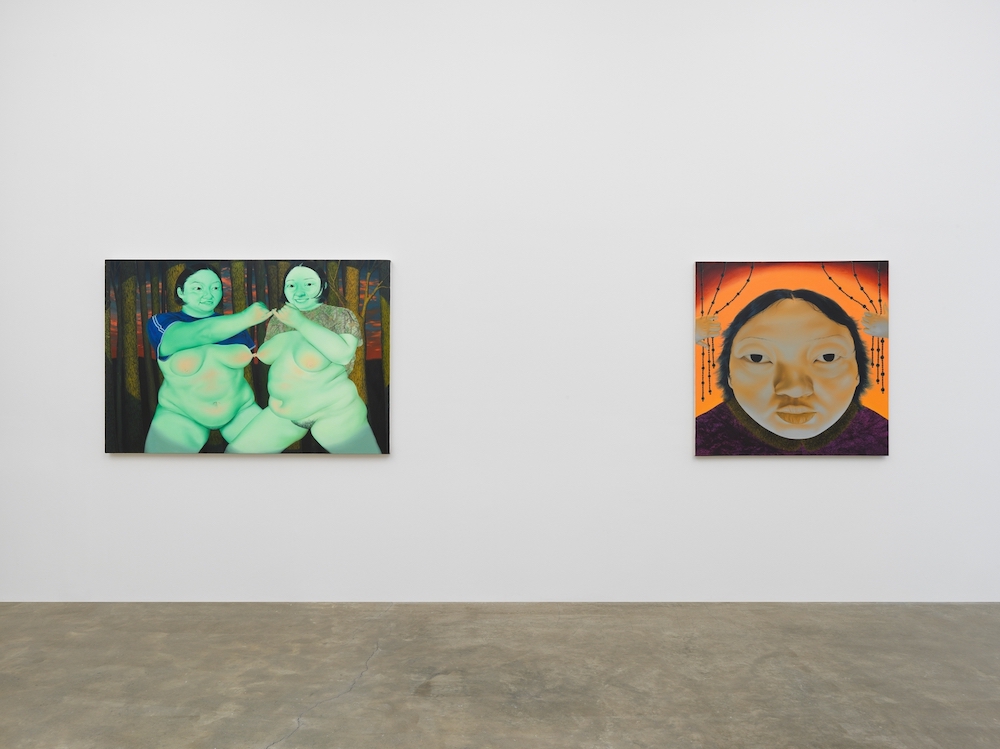 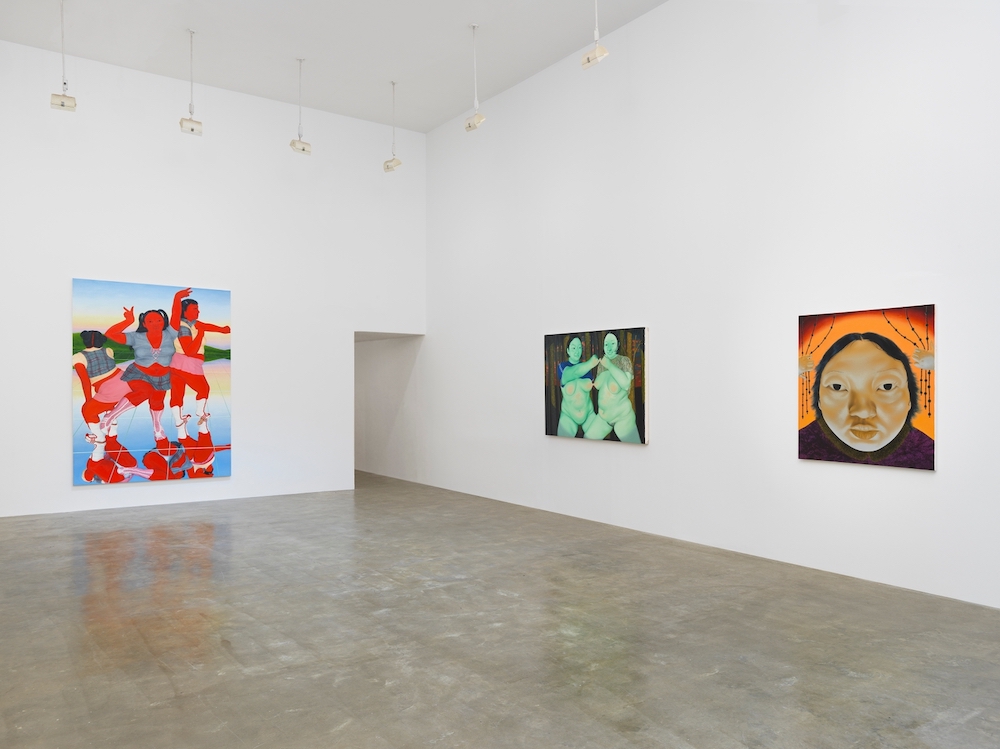 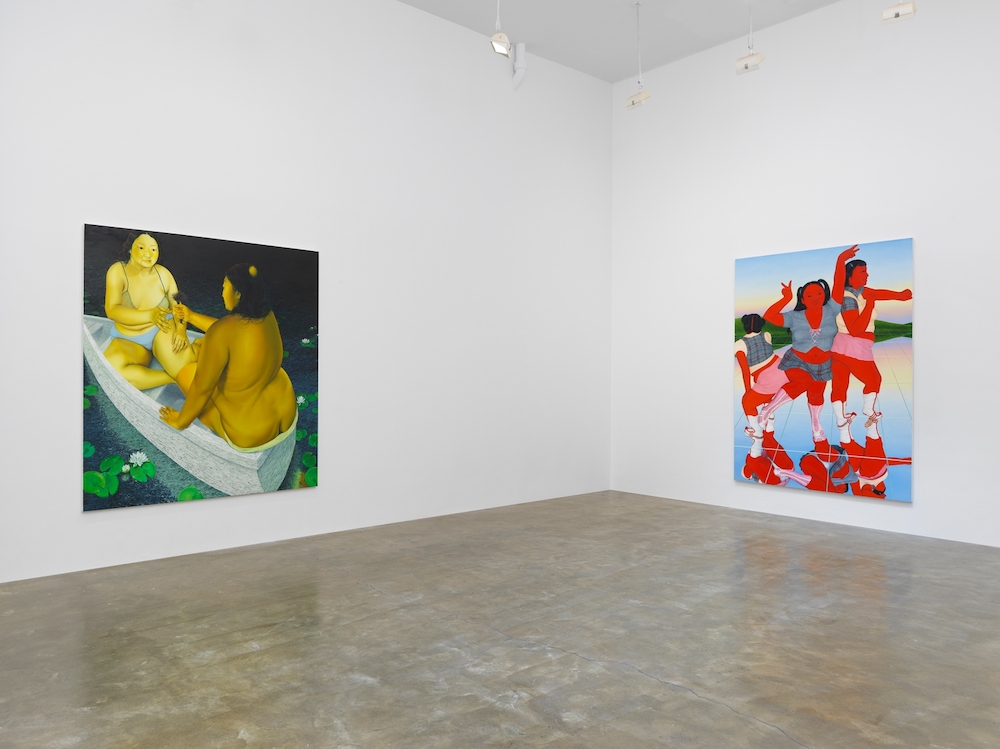 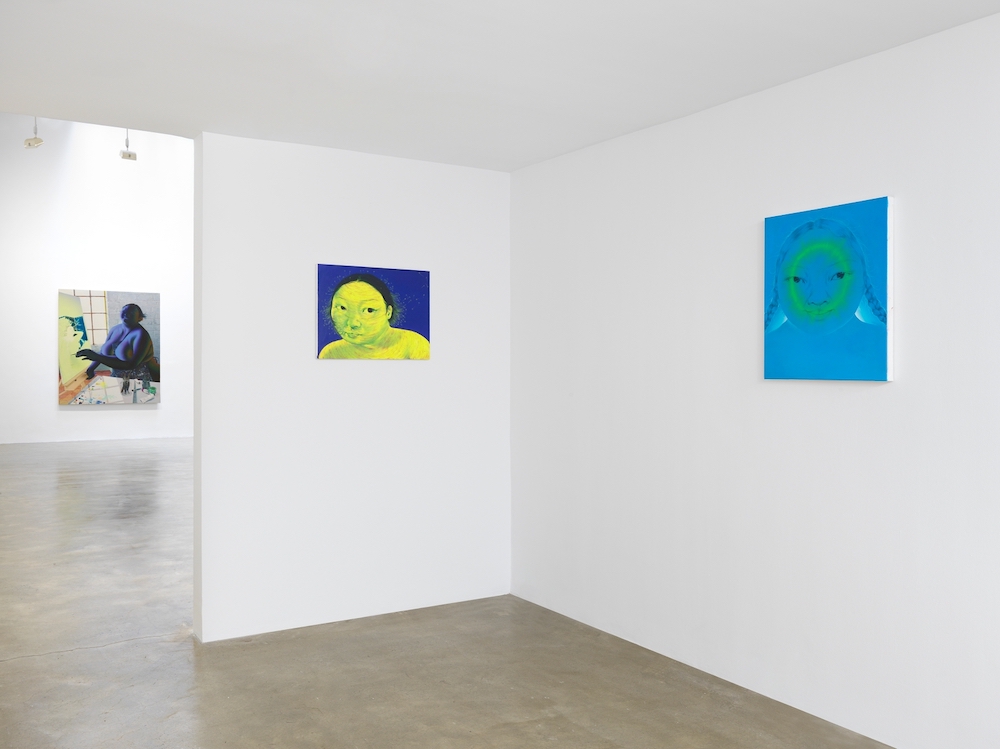 In Hands Of Others, Sasha Gordon’s new paintings depict surreal scenes that explore a cross-over between dreams and hyperawareness. As if representing an out-of-body experience or a lucid dream, the artist paints versions of her persona to contend with the sense of unease that can occur when observing one’s own image, behaviors, and actions.

Gordon populates her paintings with doppelgängers who embody different facets of her personality and often interact with each other. She carefully constructs the figures with both naturalistic details and caricatured features such as endearing enlarged eyes. This childlike trait renders the figures hyper-communicative and vulnerable at the same time.

In Hands Of Others, the artist’s fascination with hand gestures as vehicles to describe relationships and interactions takes a central role. While her characters have autonomy, a “hand” exists to monitor and influence their actions and decisions. In the painting Almost A Very Rare Thing (2022), two figures sit across from each other on a boat. One offers the other a bouquet of pulled-out hair—revealing a bald spot on her head—while the other looks on in hesitation. This curious and intimate gesture references Gordon’s past experience with trichotillomania, a condition that involves impulsively pulling out one’s own hair. In this painting, Gordon confronts both her judgment and acceptance of normative behaviors and physical appearances.

In her recent work, Gordon uses color to articulate feelings that the figures’ facial expressions can sometimes only hint at. Artificial gradient skin tones, otherworldly landscapes and dreamlike scenarios create a realm where the artist can move freely and articulate the internalized pressures to conform to society.

Gordon’s surreal yet introspective paintings touch on the complexity of her upbringing as a young biracial Asian woman in a predominantly white and heteronormative environment. This experience led the artist to have a disorienting grasp on her identity, body image, and reality as perceived by herself and others. By portraying different versions of her persona as both the subject and the observer carrying out her own judgments and self-expectations, Gordon’s work addresses internal conflicts and the psychological conditioning of cultural representation.