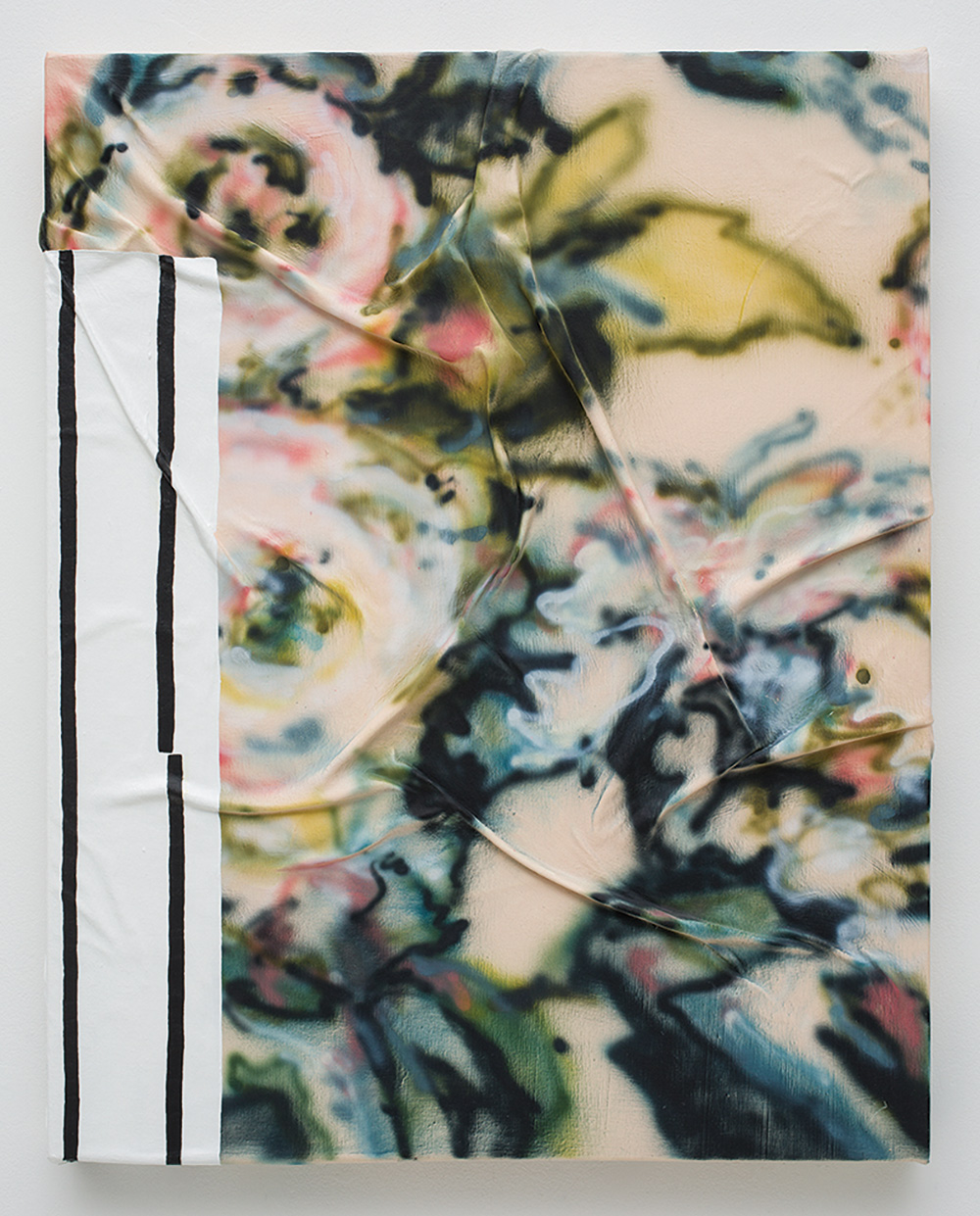 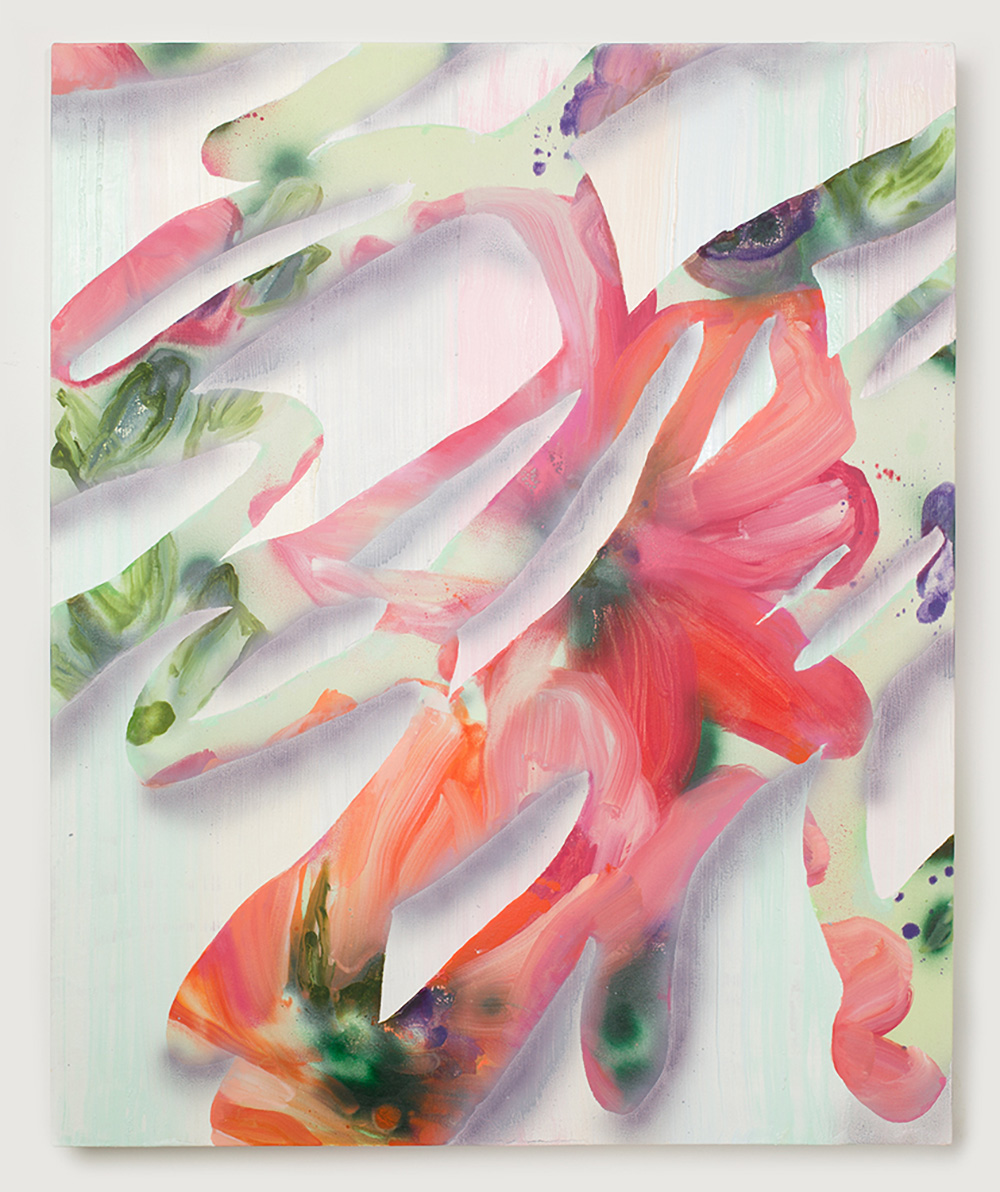 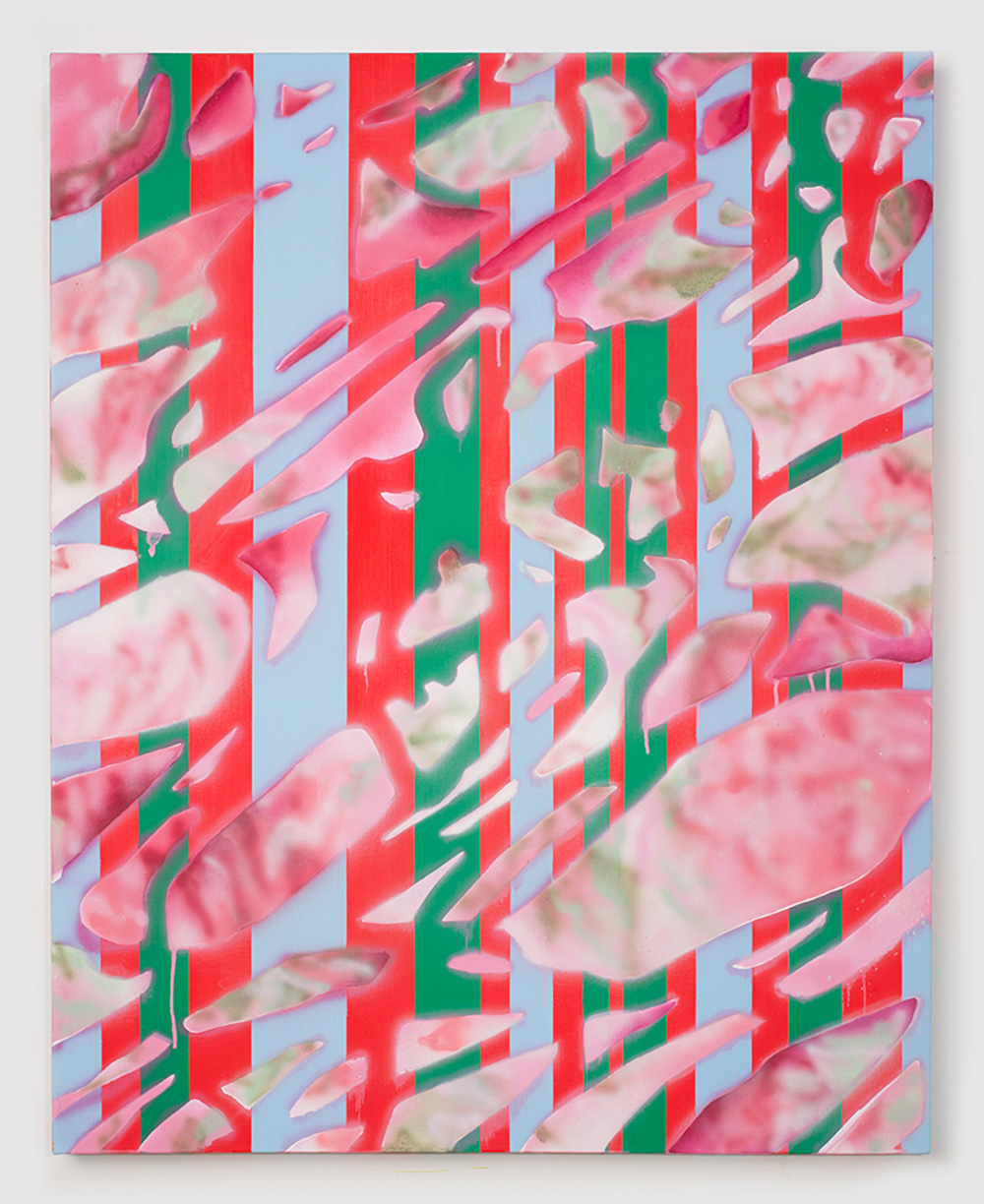 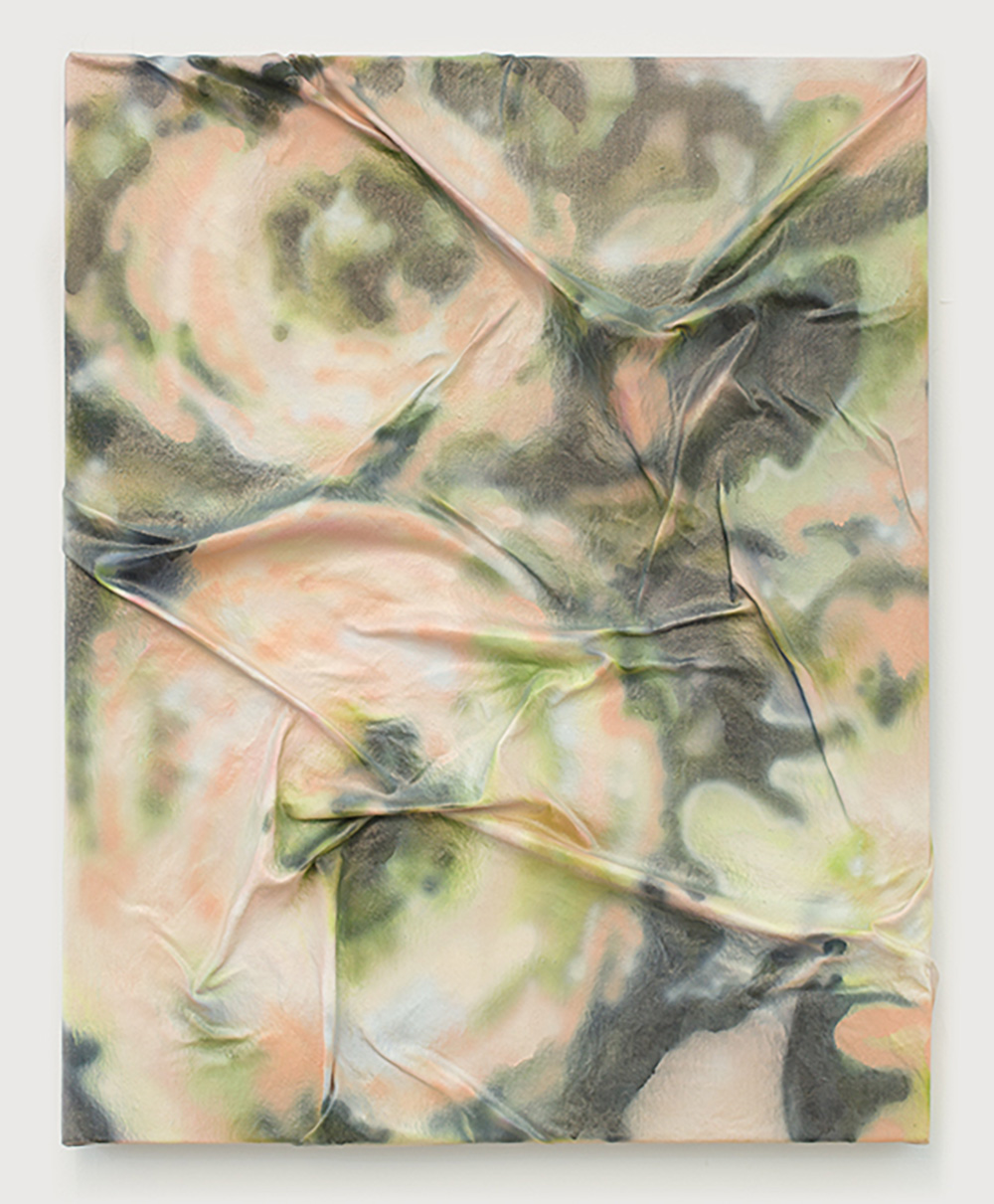 Bold stripes and saccharine prints spar playfully with waxy bulges and compelling textures throughout Sarah Mikenis’ first solo exhibition, cover-up, at Nationale Gallery in Portland. Inspired in part by her studio’s close proximity to Los Angeles’ Fashion District, and the endless colors and patterns of the fabric bolts propped daily on the sidewalks there, Mikenis appropriates found textiles within her paintings as a subtle indicator of bodily presence. The result is a compelling exploration of the medium’s both physical and optical boundaries.

Working primarily in oil, Mikenis occasionally utilizes an airbrush technique along with metallic coatings or ceiling spray to give certain canvases an active tactility that belies their inherent flatness. An additional layer of purposely-rumpled canvas in a few pieces likewise creates illusory “wrinkles” that encourage viewers to walk around the work and to take in more than one side. The resultant sculptural nature of such canvases fuses with their abstract renderings of fabric to conjure up an almost indexical presence. Those same wrinkles, for example, instantly bring to mind the everyday visual of a bed sheet rumpled by sleeping bodies. Meanwhile, minute distortions of colorful vertical lines recall the movement of, say, a leg in a pinstripe suit or the wind against a striped awning. In this manner, Mikenis’ abstractions welcome viewers’ subjective biographies, becoming a fluid, yet feminine, narrative of the familiar.

Born in Portland, OR, Sarah Mikenis currently resides in Los Angeles, CA. She received her MFA from the University of Oregon in 2016 and a Skowhegan Fellowship in 2015. Her work has been shown at such galleries as Diane Rosenstein Gallery, Los Angeles, CA; Disjecta, Portland, OR; Ditch Projects, Springfield, OR; and FJORD Gallery, Philadelphia, PA. Mikenis was recently included in the 2017 Pacific Coast New American Painting competition winners, juried by Curator Rita Gonzalez. She was first featured at Nationale in the 2015 group exhibition, Everything We Ever Wanted.