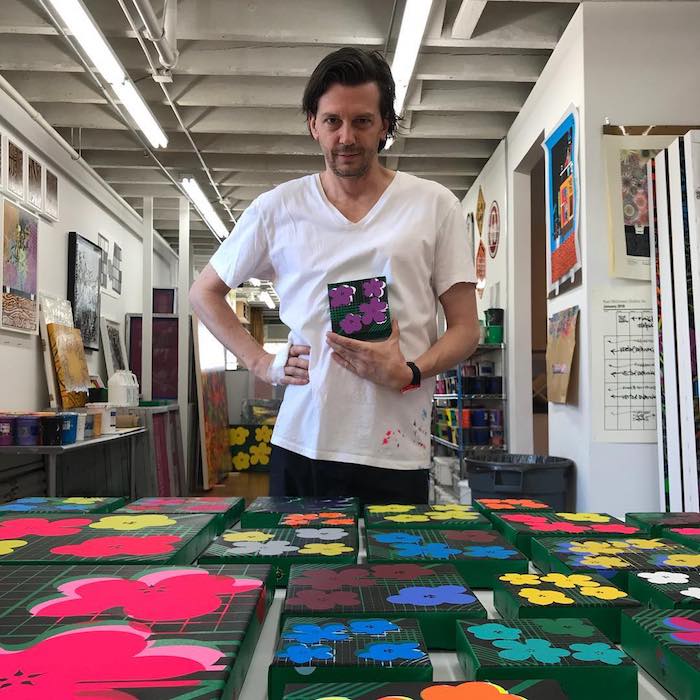 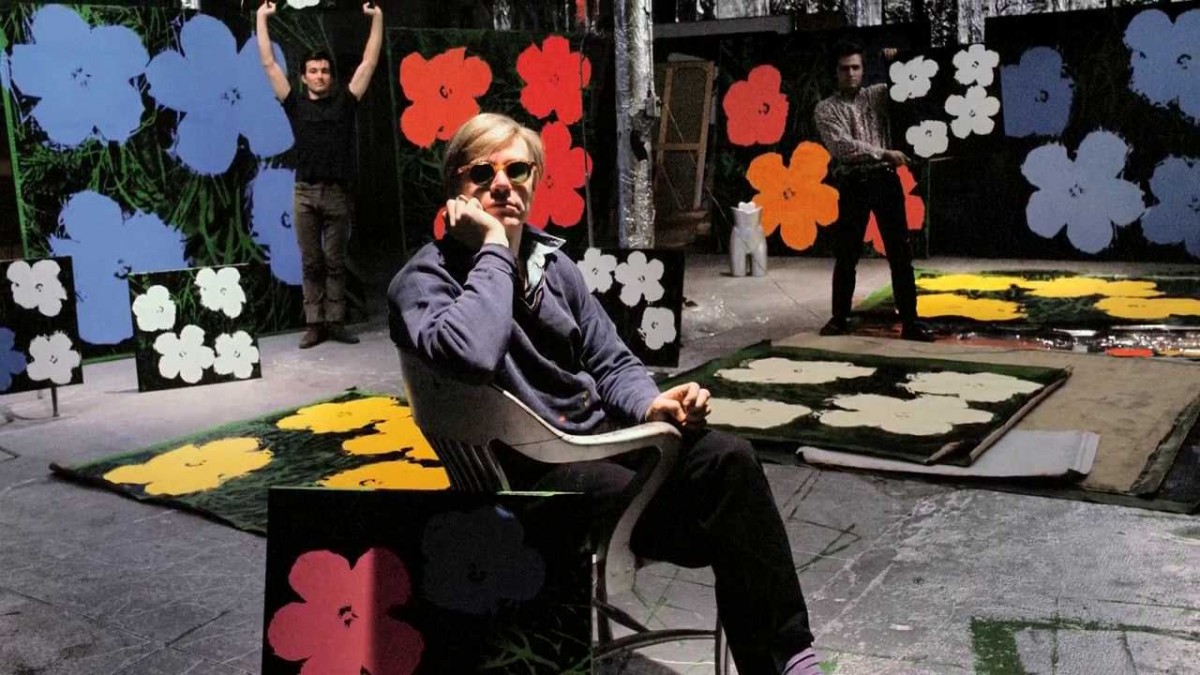 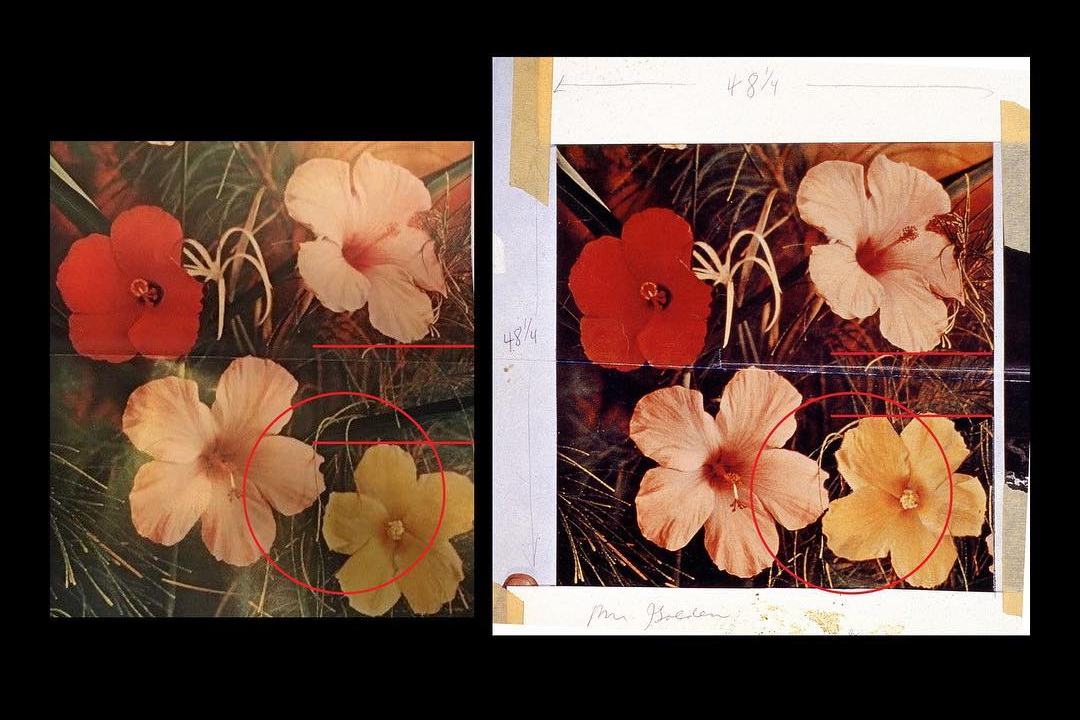 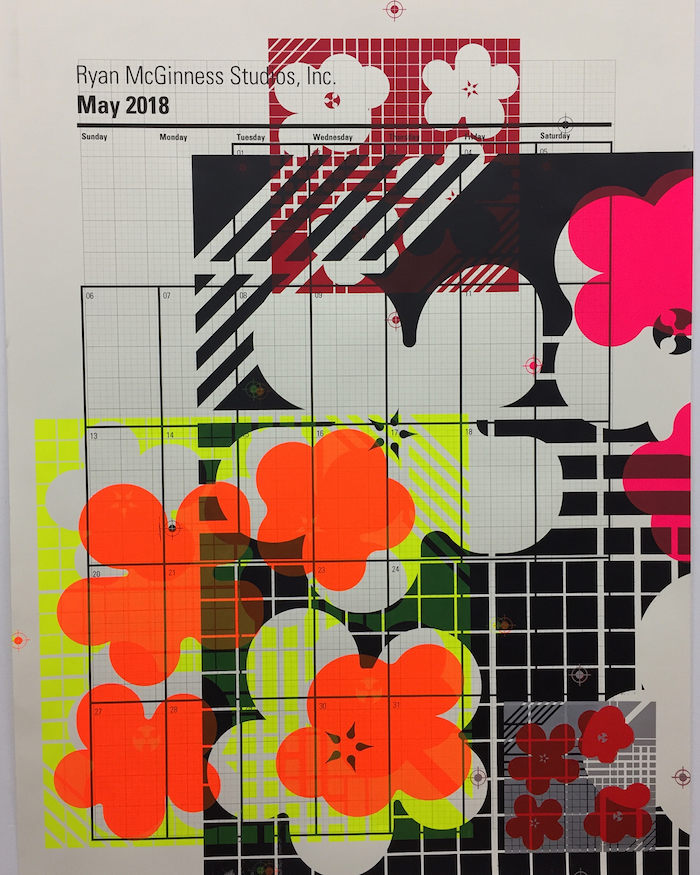 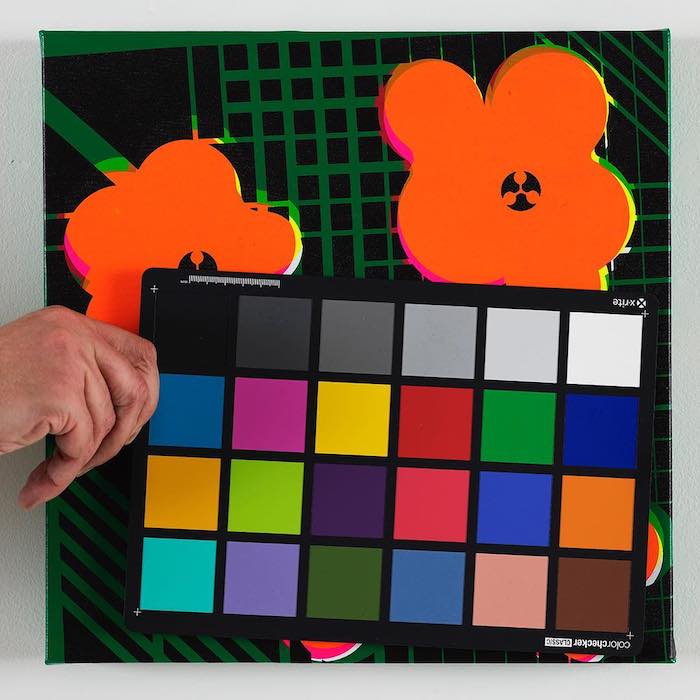 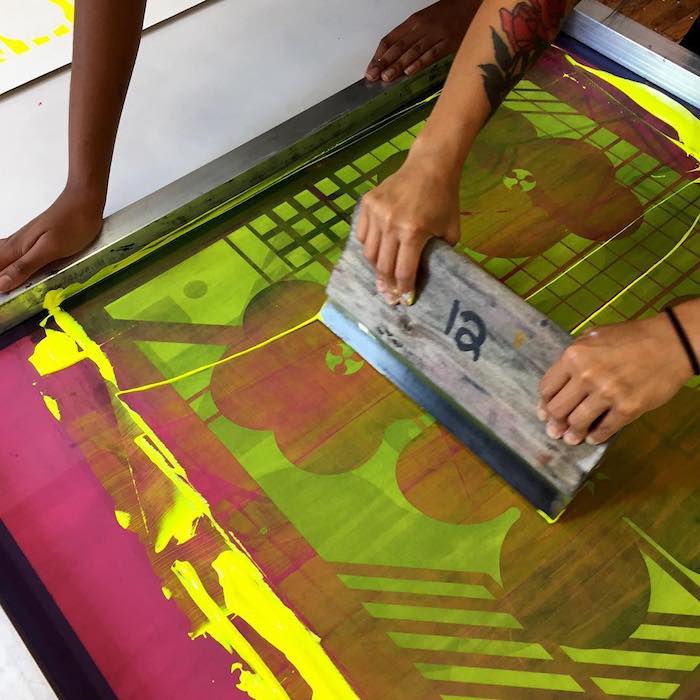 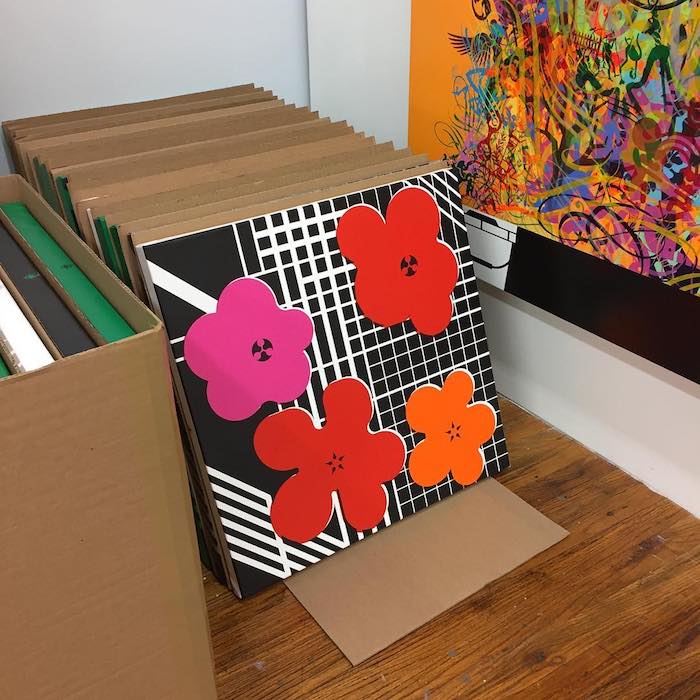 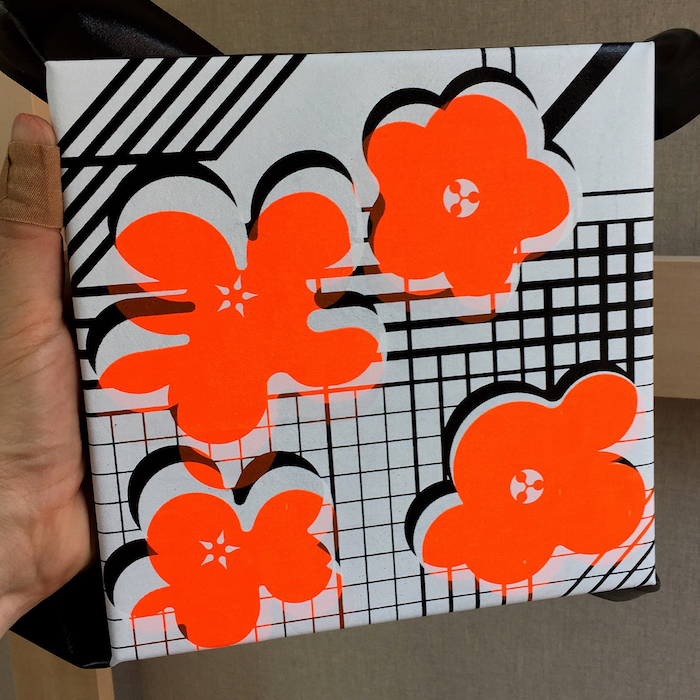 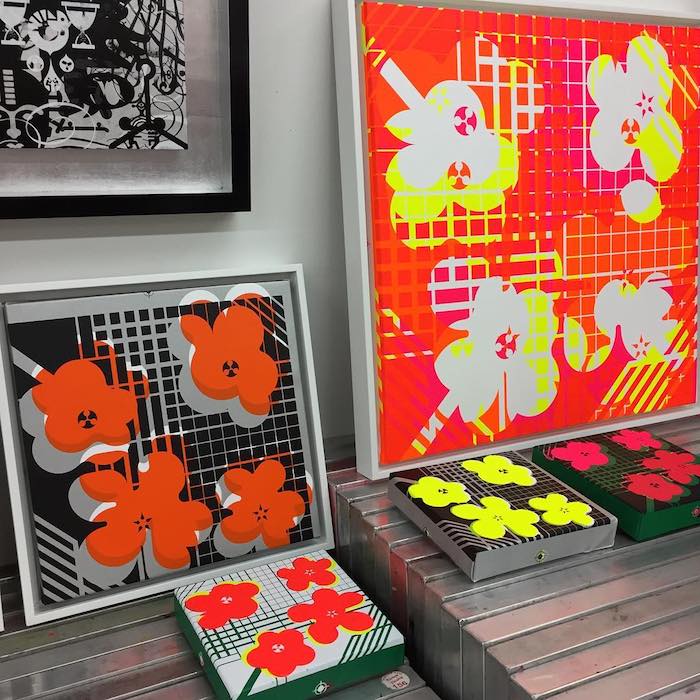 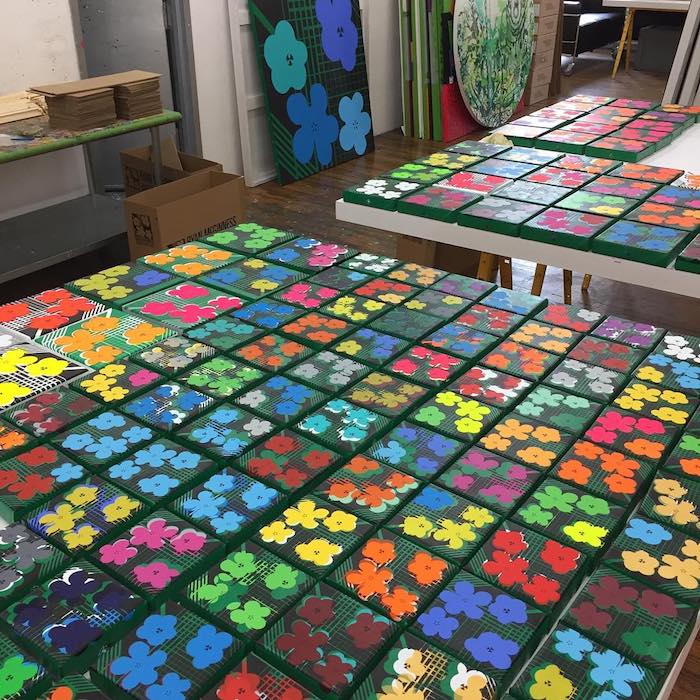 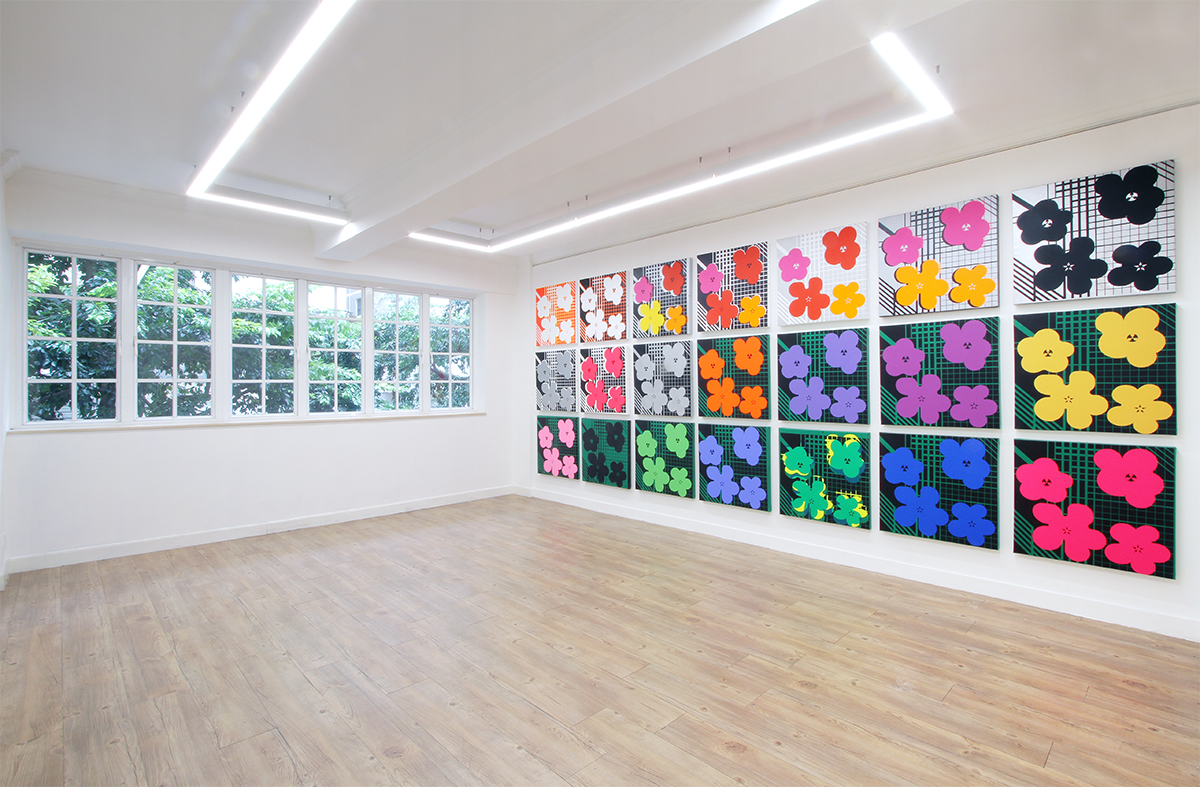 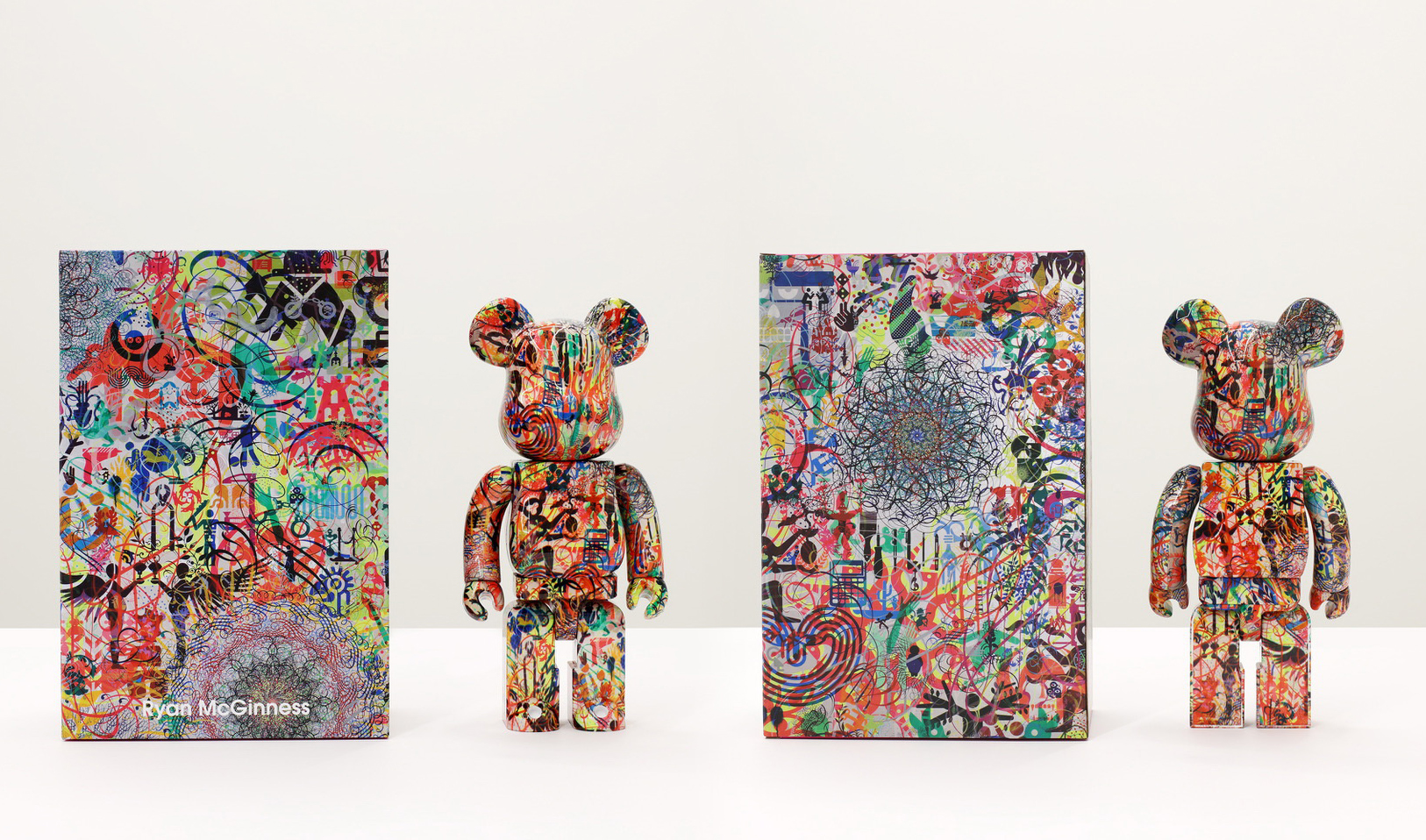 An important week is ahead for past Juxtapoz cover artist Ryan McGinness and the Nanzuka family as the American artist is about to open tandem shows held at EchoOneNanzuka in Bangkok, and at AishoNanzuka in Hong Kong. Presenting new paintings that are reinterpreting the iconic Andy Warhol’s Flowers series, the shows opening on 8th and 12th of September, will also mark the release McGinness’ first Bearbrick which is collaborated with Medicom Toy in Japan.

After attending the same school as Warhol, Carnegie Mellon University, working at The Andy Warhol Museum, and having the legendary artist cited when his work is described, McGinness wanted to pay tribute to what he considers to be Warhol’s most misunderstood and underrated series of works. For this project, he gathered vast amounts of materials and references, in order to thoroughly research the paintings’ production, intention, and the use or selection of colors. Aiming to rework the images in the same spirit as artists “re-make” the work of artists in the past (eg. Picasso’s Velásquez, Lichtenstein’s Picassos, and even Warhol’s various art history paintings), the work is presenting Warhol Flower Icons painted in McGinness’ own voice. Further on, the two exhibitions respectively reproduce the installations that Warhol originally presented in 1964 and 1965, featuring a selection of 163 works in BKK and 285 works in HK, all of which are on the same size canvases that Warhol had used, measuring from 5 x 5 inches to 48 x 48 inches. —Sasha Bogojev