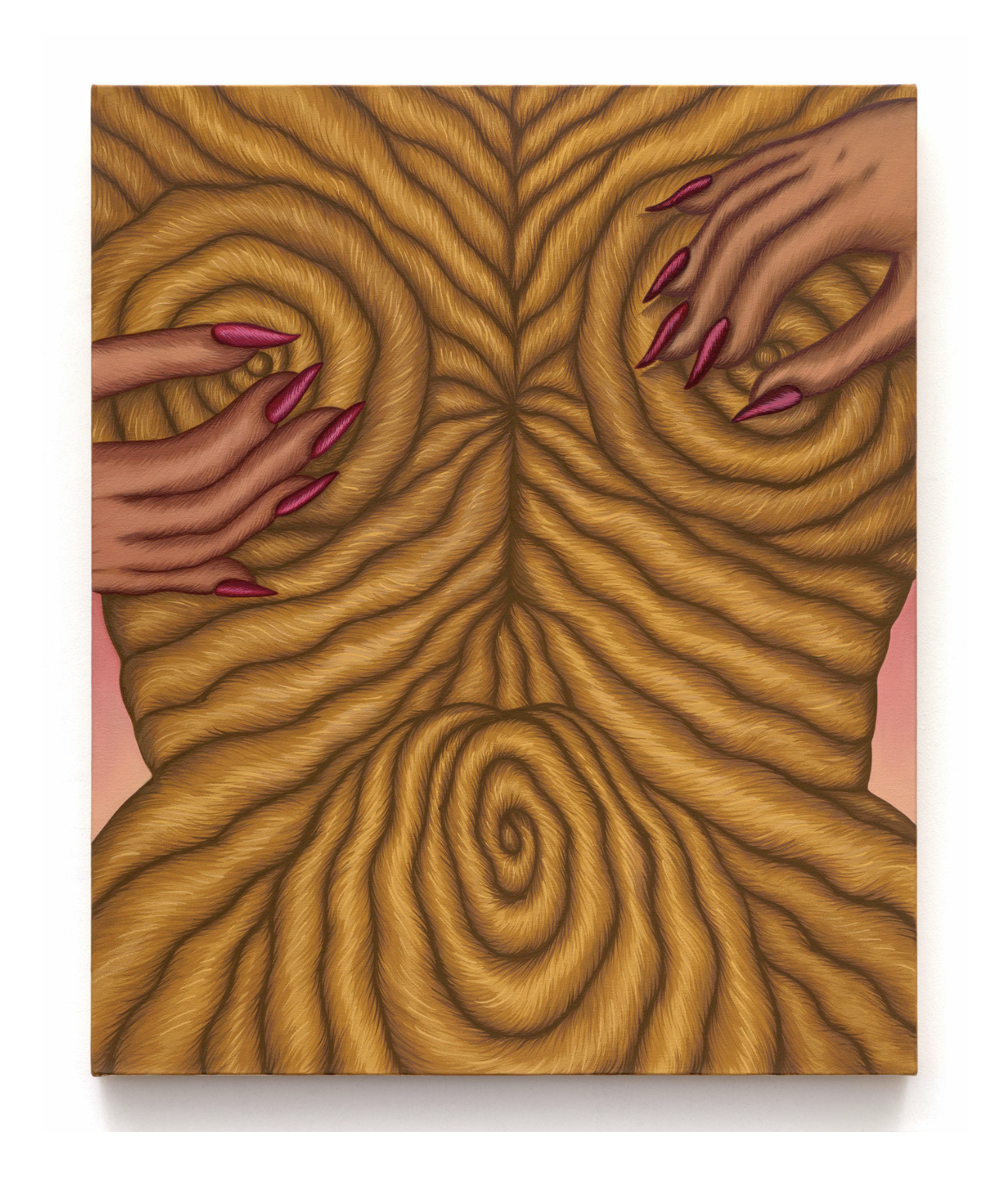 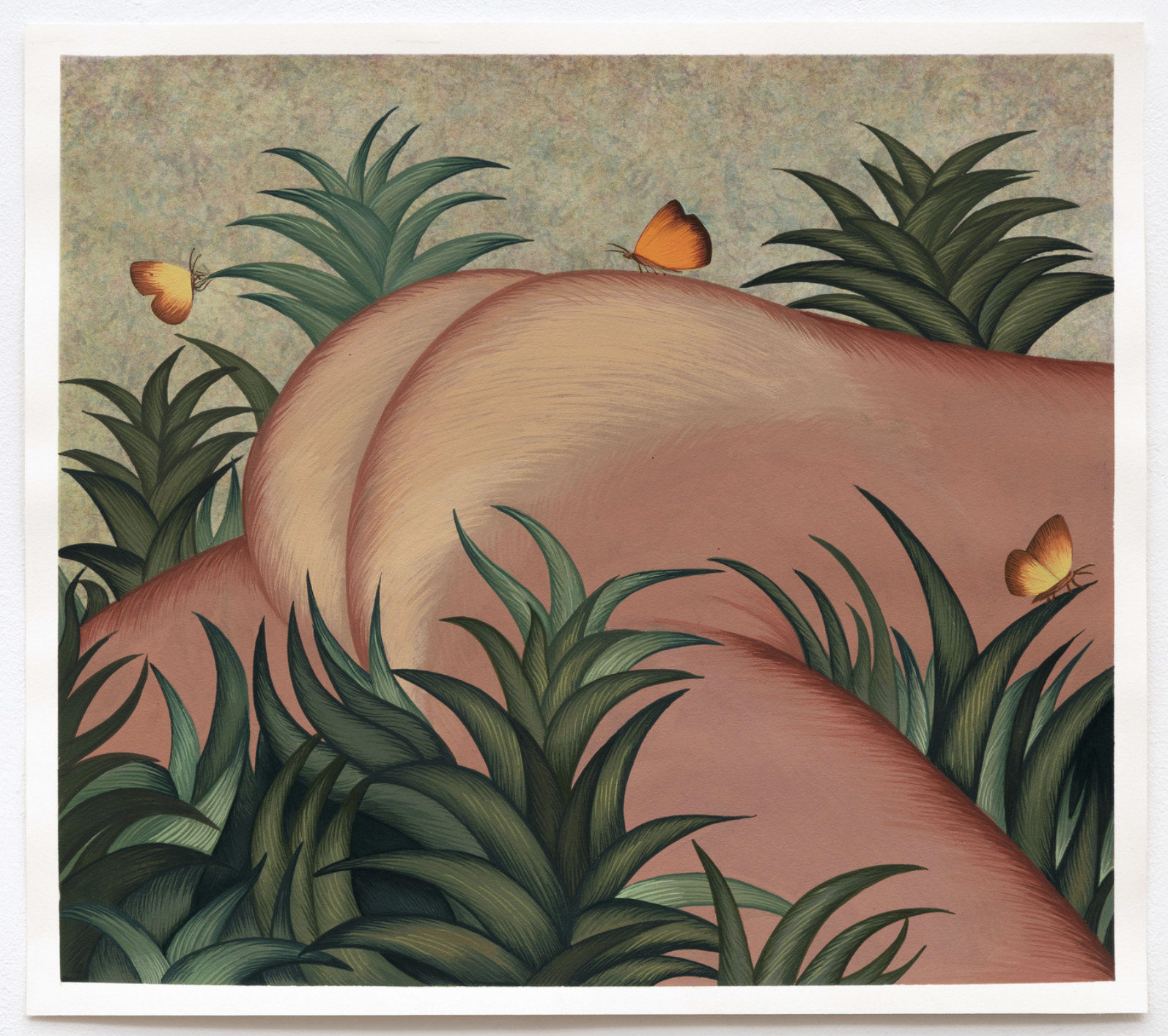 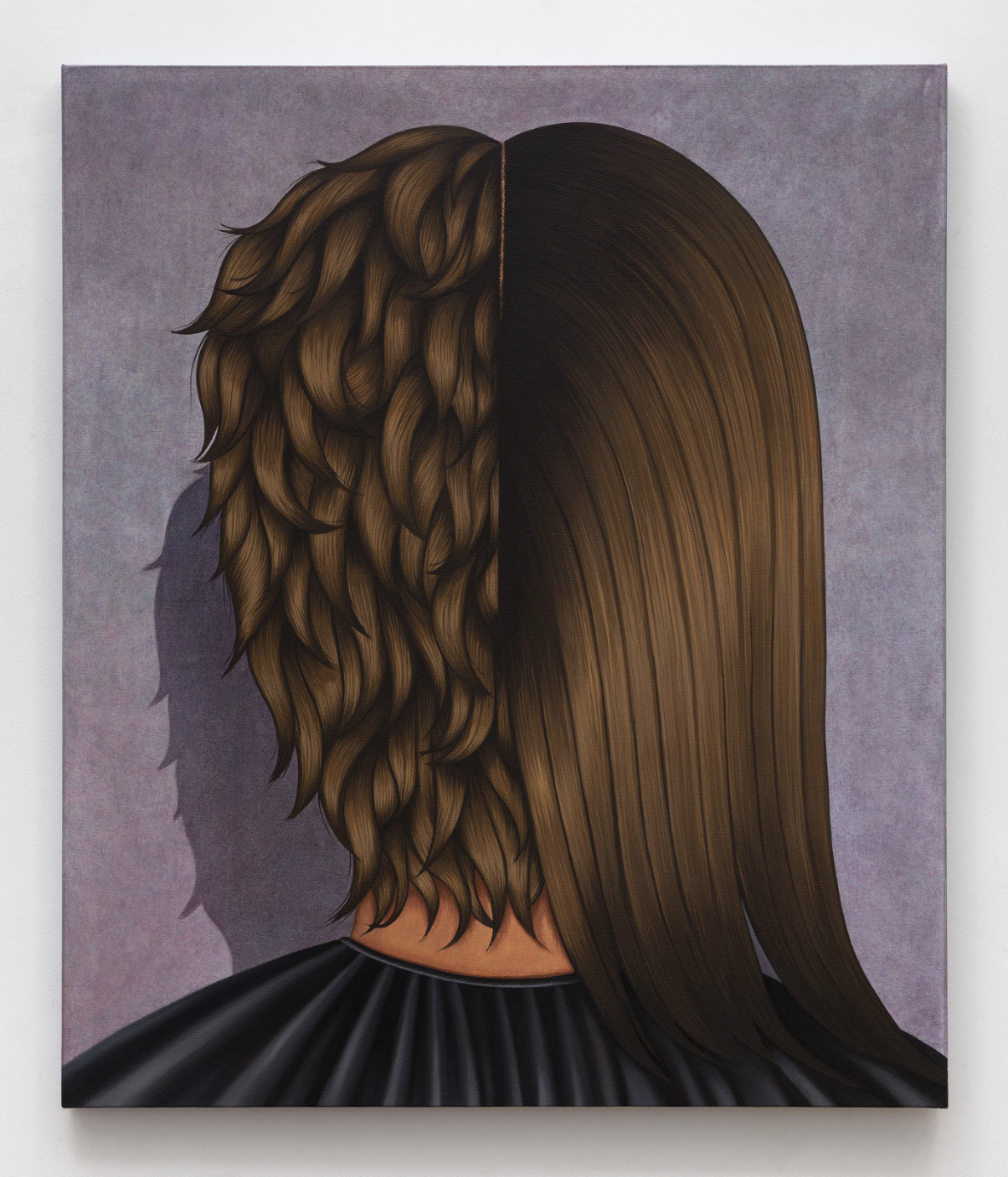 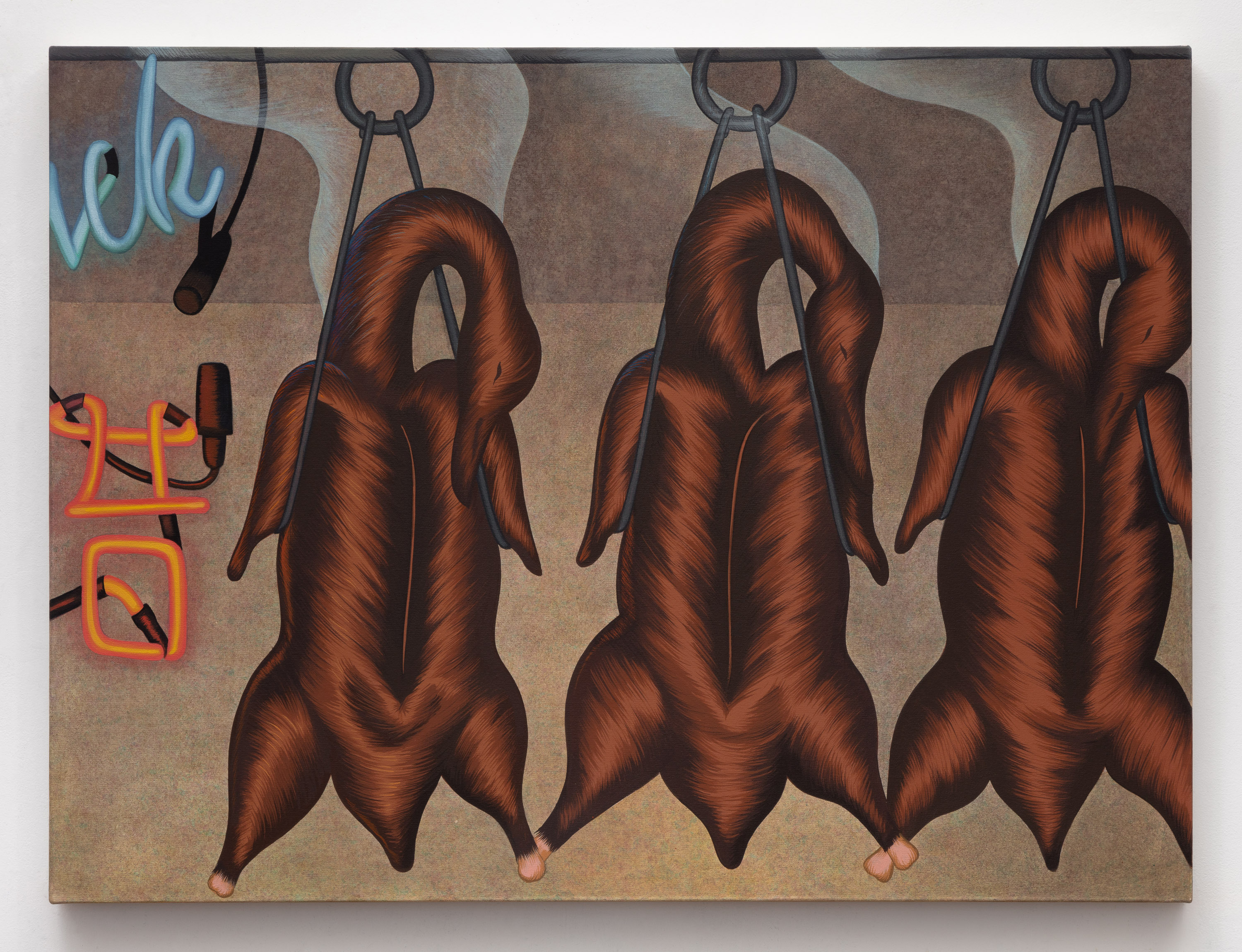 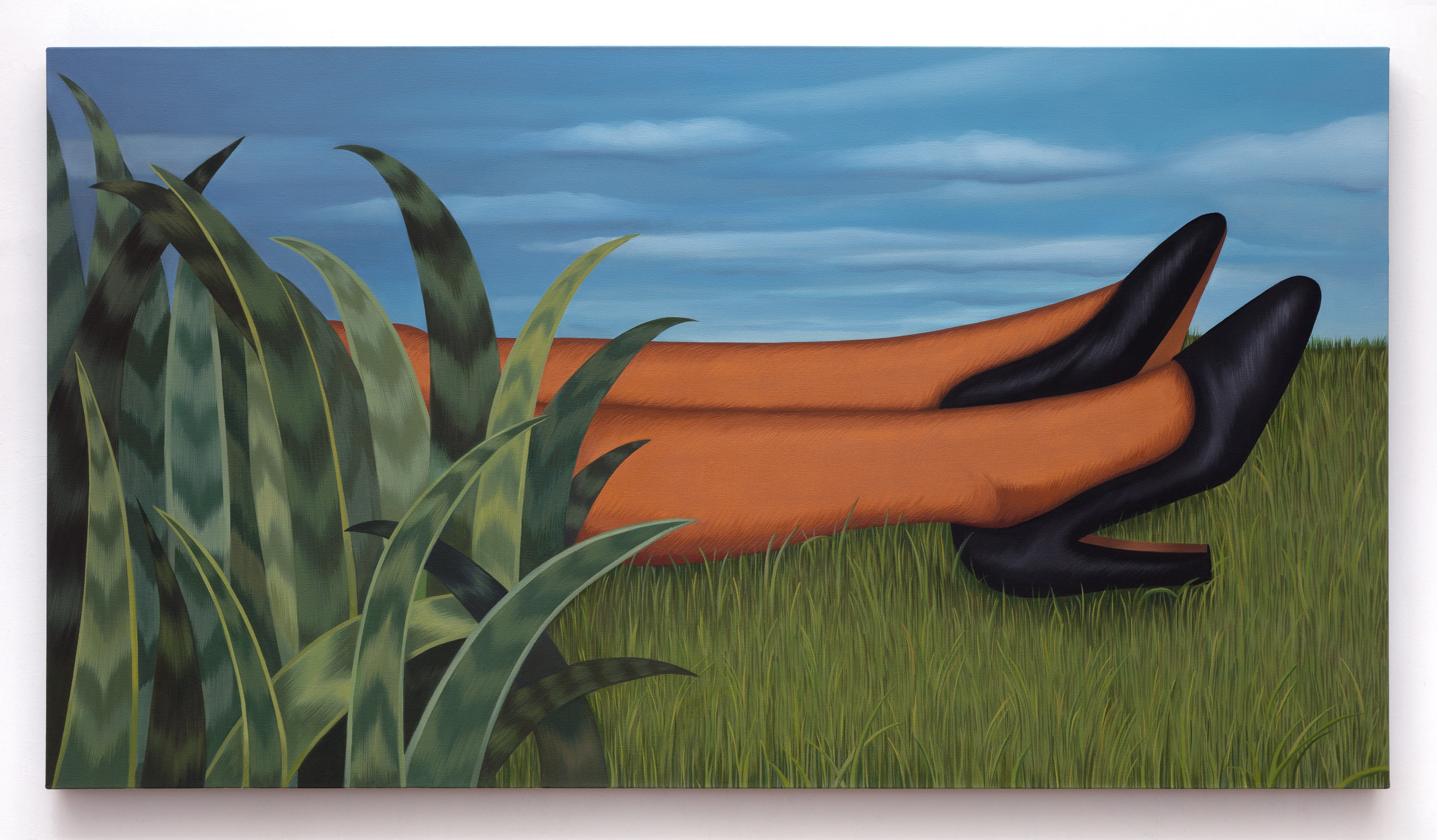 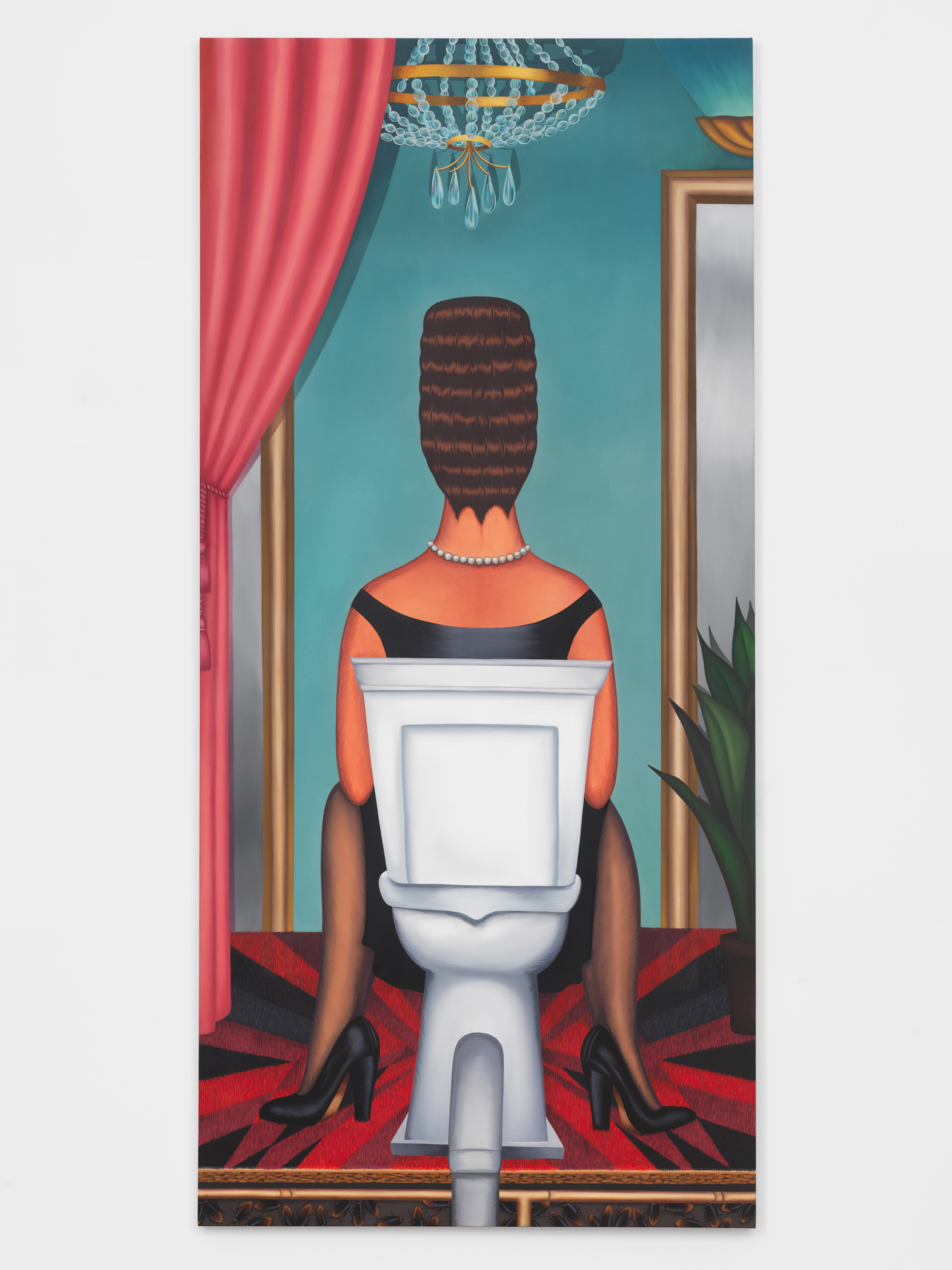 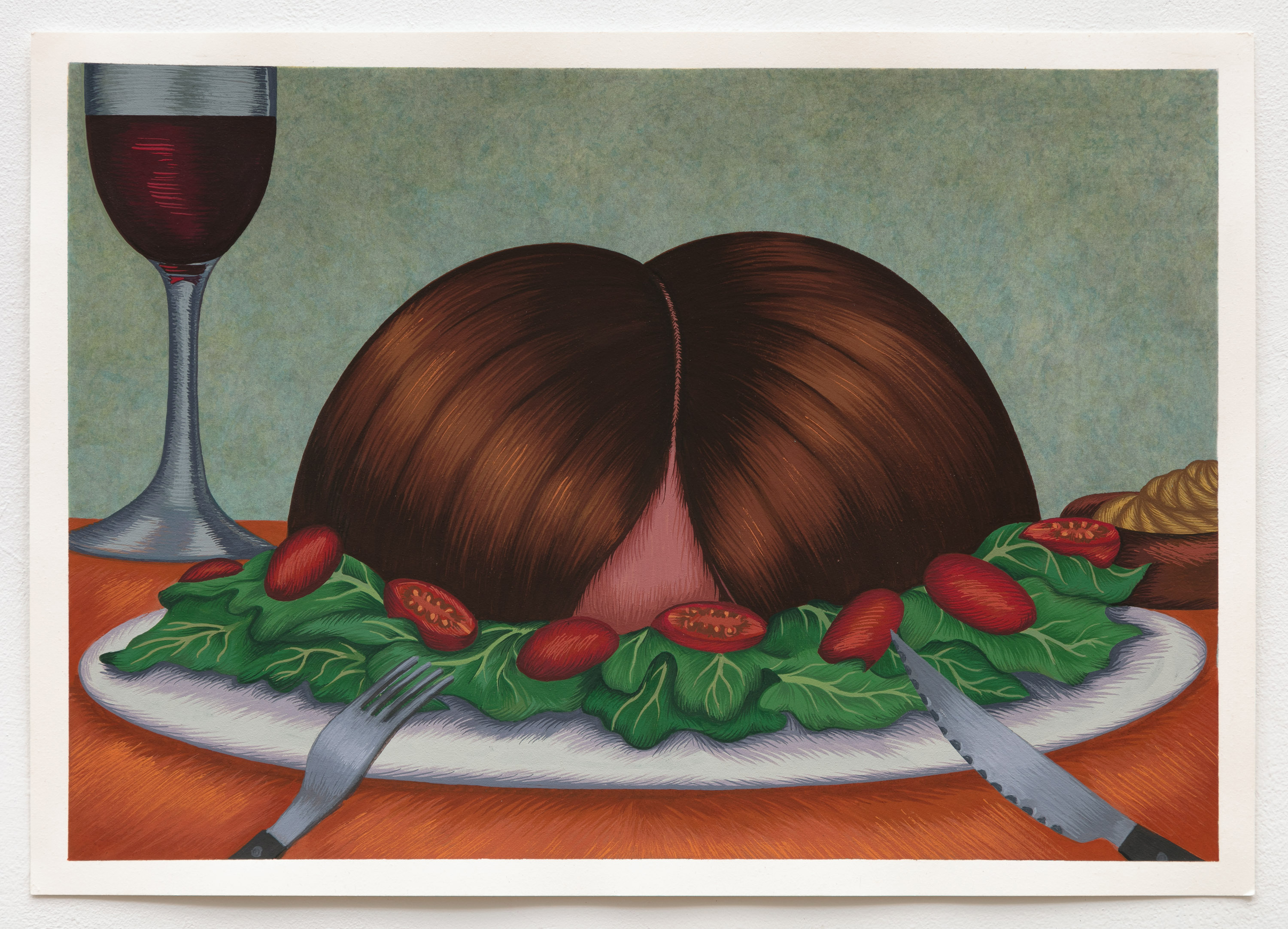 When you live in a major city, it's hard not to fancy yourself a kind of urban archaeologist. For better or worse, each facet of human behavior is distilled and on display, as you wield a special periscope into the underbelly of humankind. This is especially true of public transit, where all manner of distressing outbursts, tender intimacies, and gestures of generosity are played out like a play for commuters with a front row seat. Originally hailing from Paris and now residing in New York, Julie Curtiss is no stranger to cities and her new series of paintings explore imagery and themes that are distinctly NYC.

Her new show, Wildlife, at Anton Kern Gallery nods to the shared experience of living in New York through recognizable cues and imagery. Sharp and perceptive, Curtiss's solo exhibition is as singular in style as it is in message. Taking inspiration from the French surrealists of her ancestors, the style dances between timeless and contemporary as lovers enrobed in fur-lined puffy jackets, a staple of NY winters, embrace, while, in another painting, juicy Peking ducks suspend along radiating neon in Chinatown. While her scenes may be of this day, her execution seems more traditional. A crisp, elegant aesthetic and playful technique instantly stamps the work as hers. Allowing the viewer to daydream through someone else's eyes, imagining the world through an absurdly optimistic lens. Now refreshing to peruse the works of Wildlife, as each painting and sculpture pushes the pleasure button. 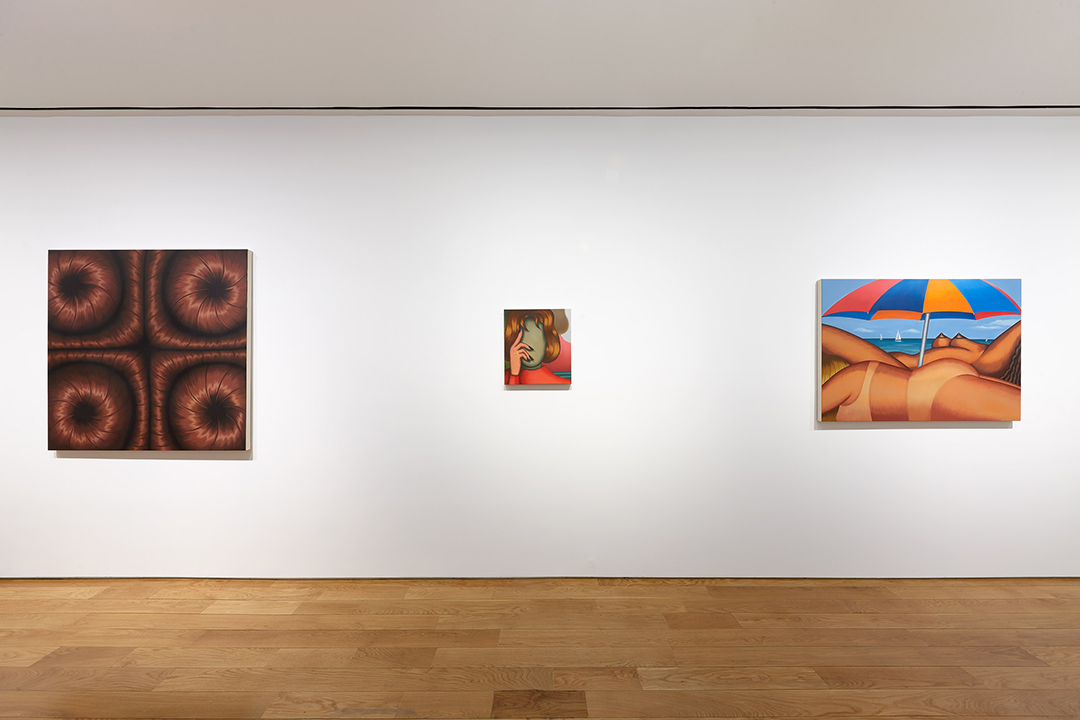 From the gallery, “New York City, nature, and tropes of femininity inspire Curtiss's subversive and wildly imaginative paintings, sculptures, and gouaches. Rockaway Beach, Chinatown, East Village hair salons, and Upper West Side shops are the urban jungle through which Curtiss prowls for quotidian scenes, rendering them surreal as she plays with diametrically opposed forces of attraction and repulsion, humor and darkness, shadow and light."

"In one painting, a hazy beach scene shows a group of women lounging topless, their tan lines and exposed nipples playfully juxtaposed against the ocean horizon, where pointy sailboats glide across the water. In another, the neon sign of a Chinatown storefront window glows against three sizzling ducks, freshly roasted. The centerpiece of the exhibition is Curtiss's largest painting to date, looming over eight-feet tall. In it, an elegantly dressed woman with perfectly coiffed hair sits with her back to the viewer. A glamorous chandelier hangs over her head. Her gown is hiked up over her knees; the throne on which she sits is a toilet—a decidedly indiscreet nod to Buñuel's classic take on the charms of the bourgeoisie—as cockroaches crawl under the floorboards of the gilded bathroom." 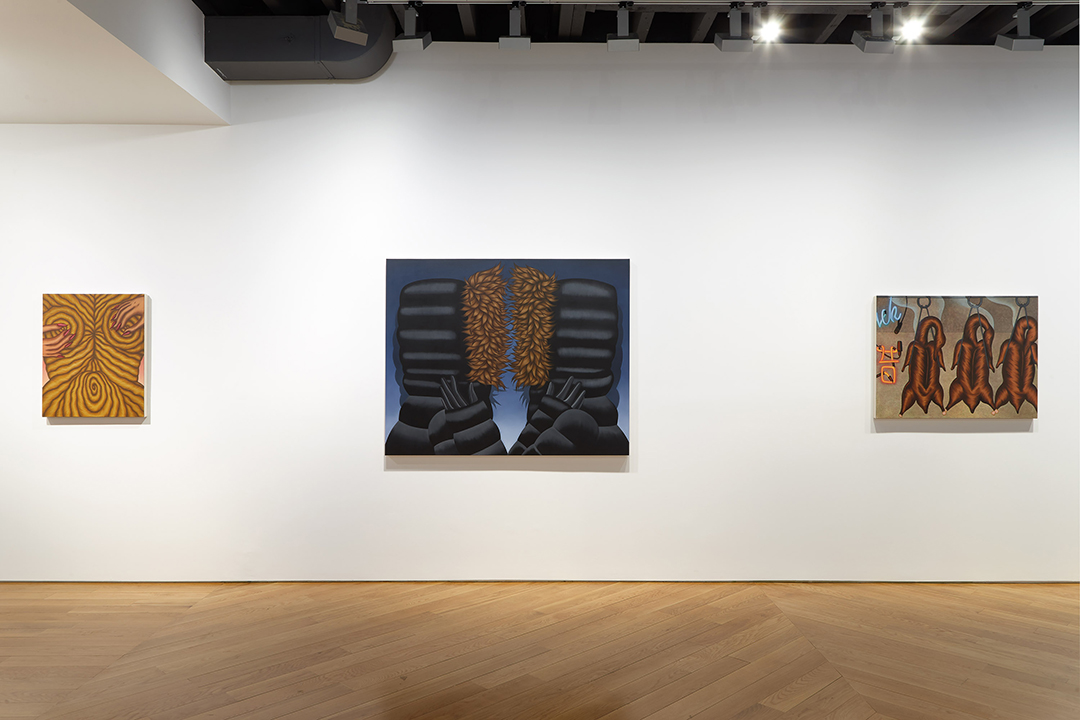 "Wildlife" is on view at Anton Kern Gallery through June 15th. You can also check out our recent interview with her from the Spring 2019 issue here.