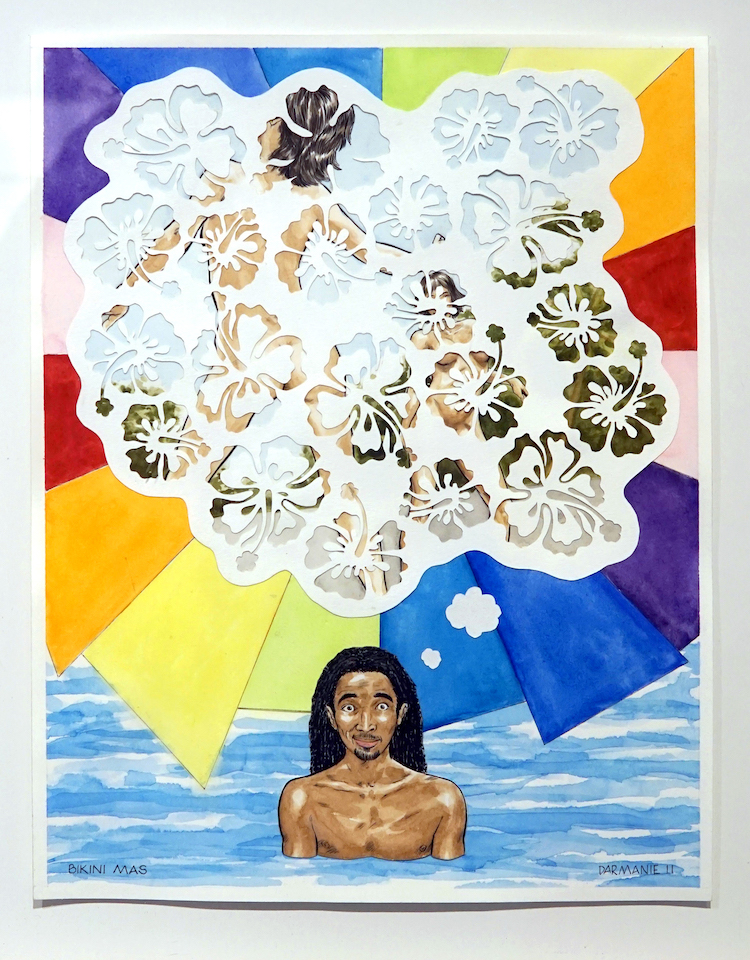 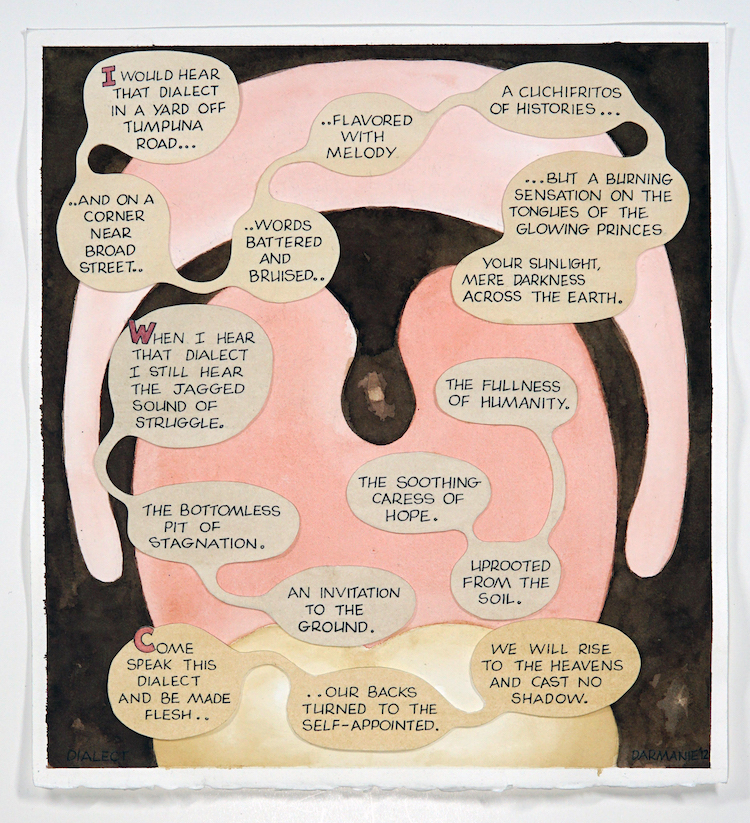 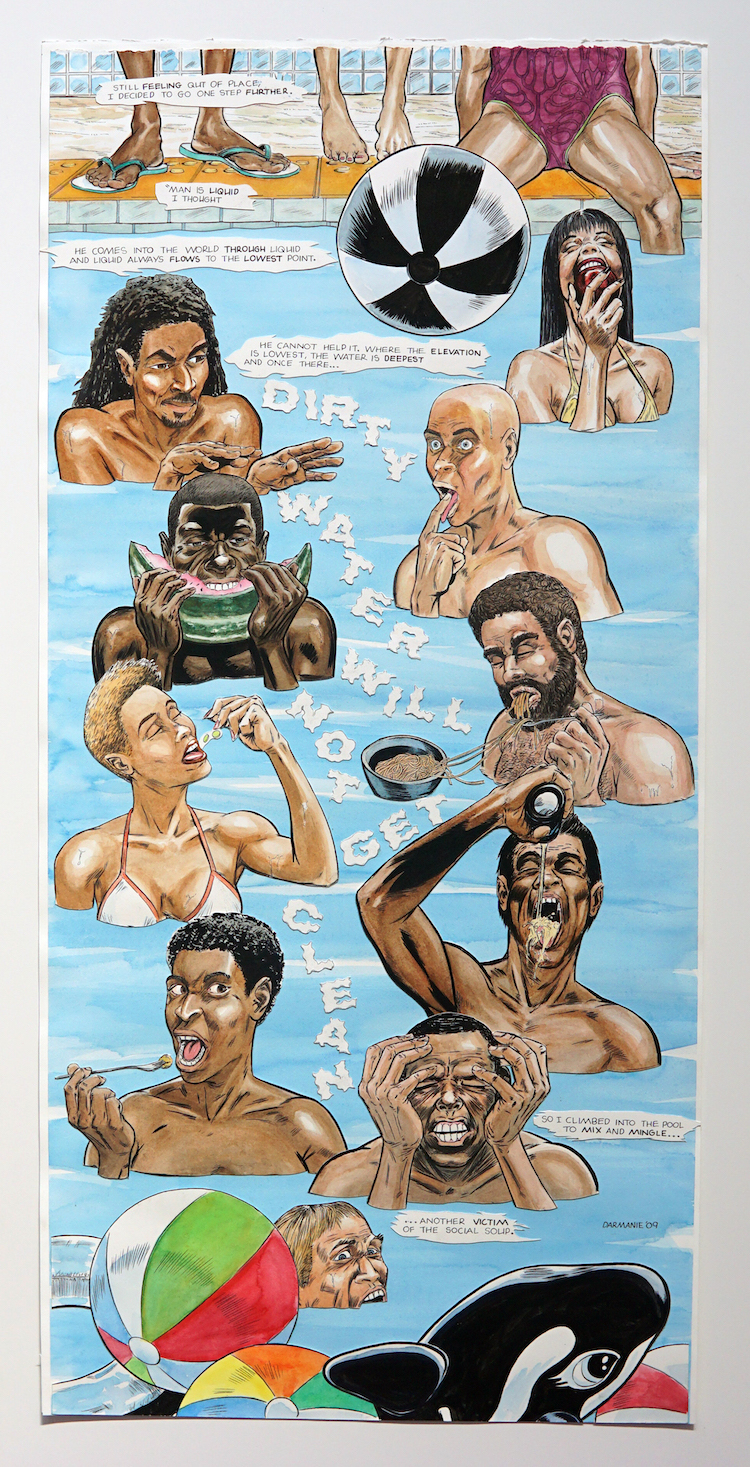 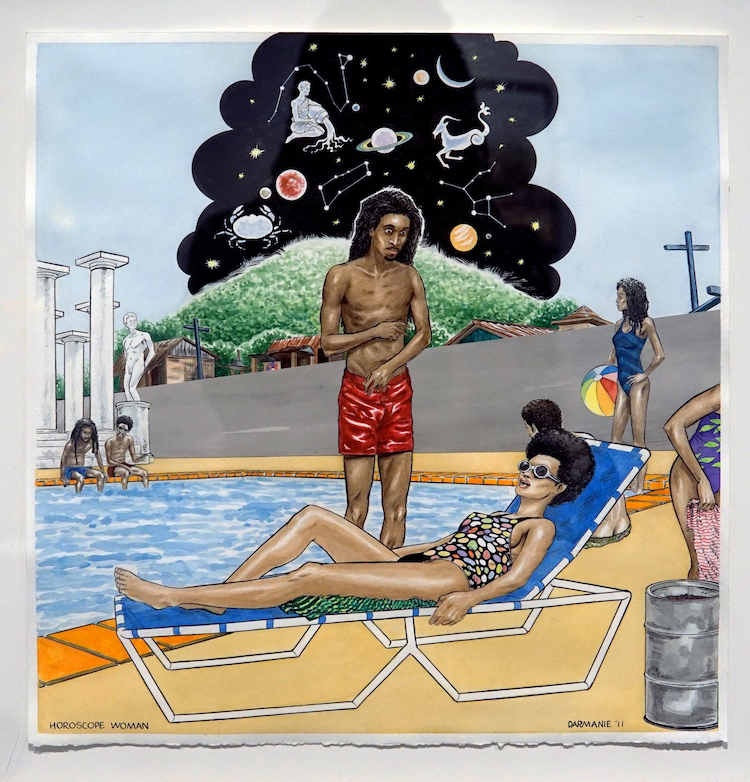 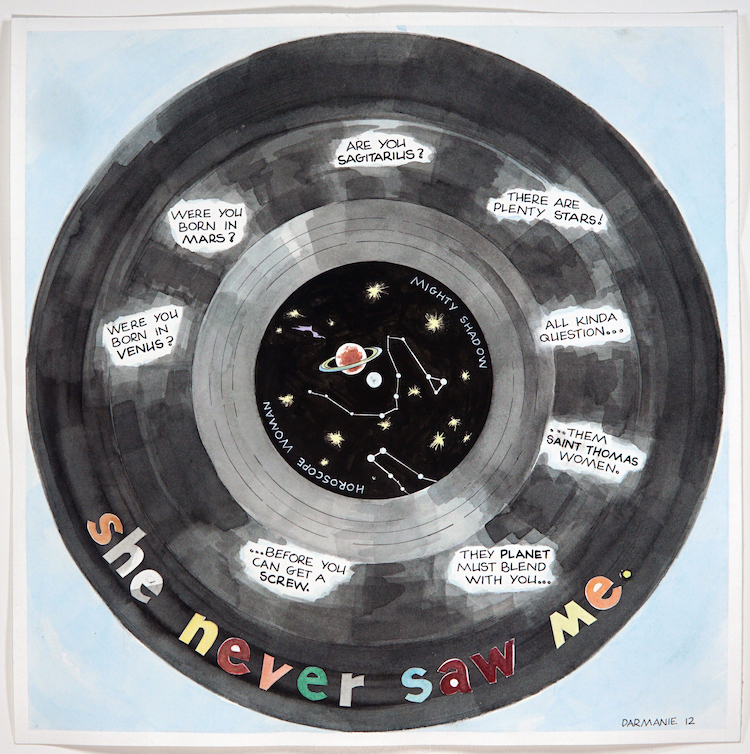 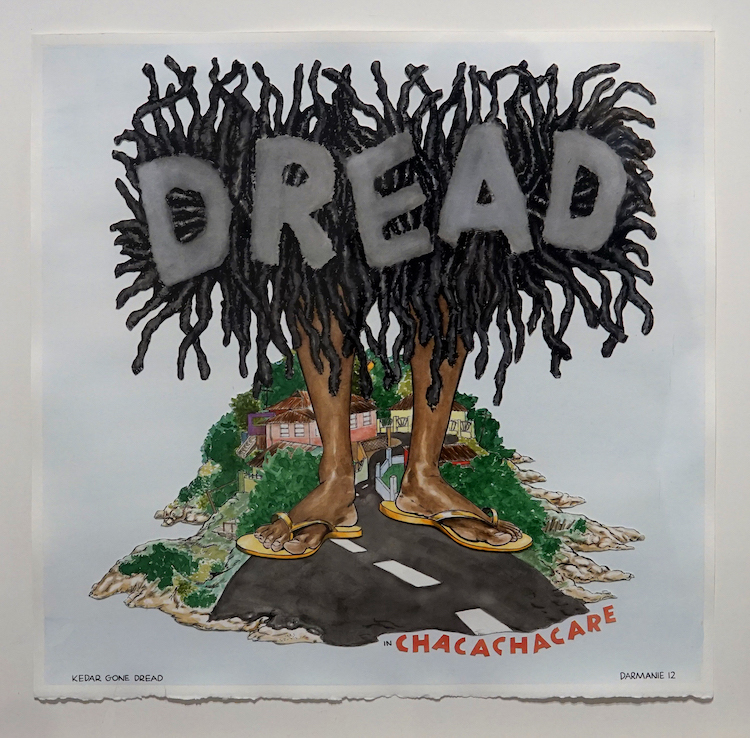 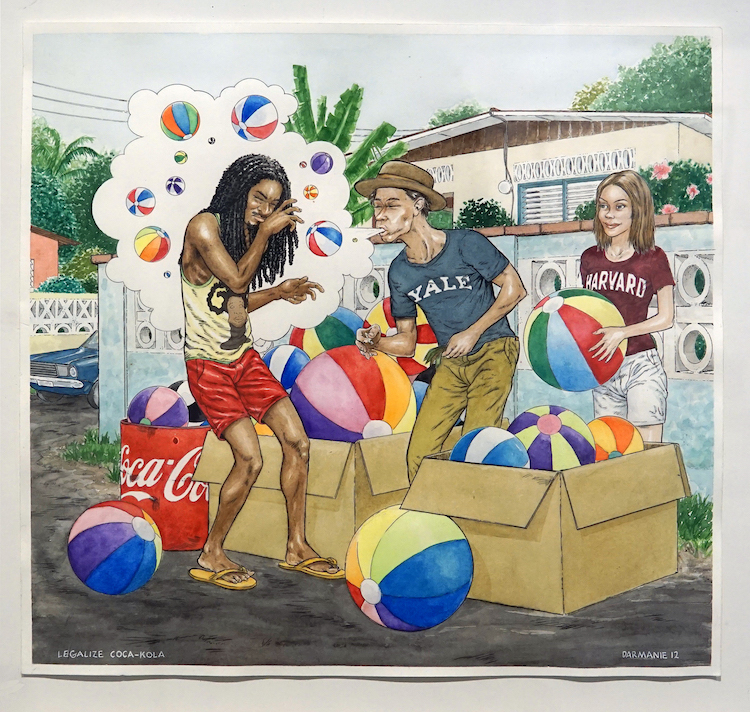 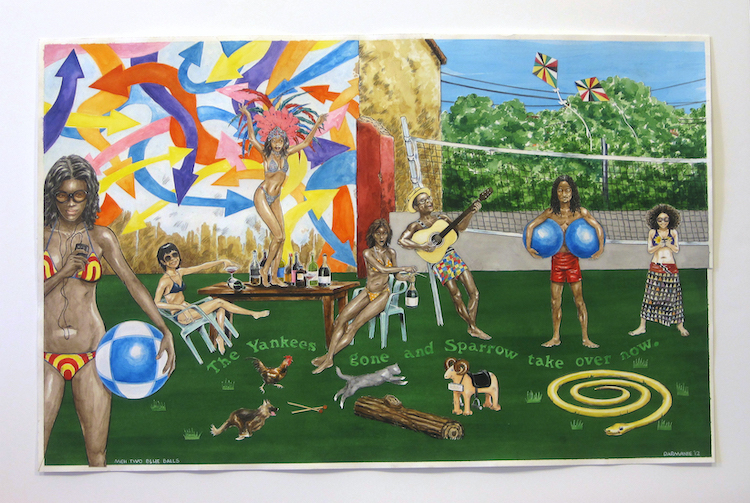 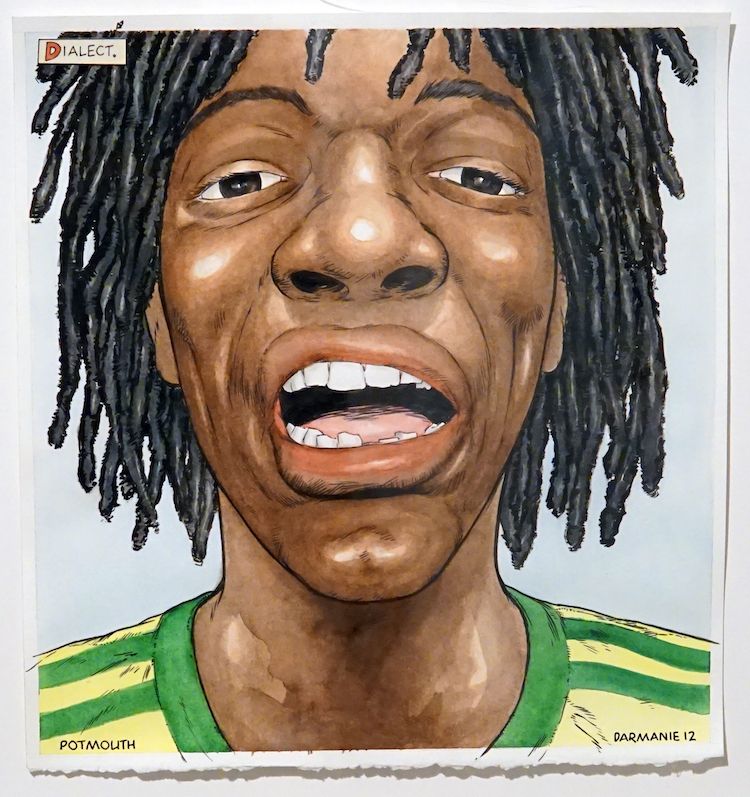 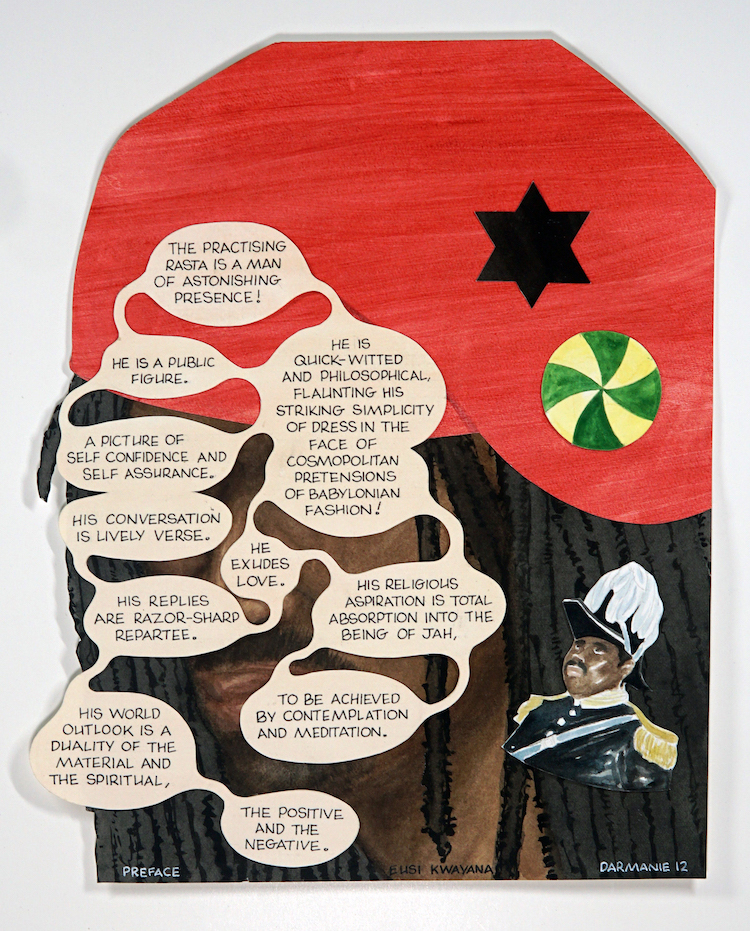 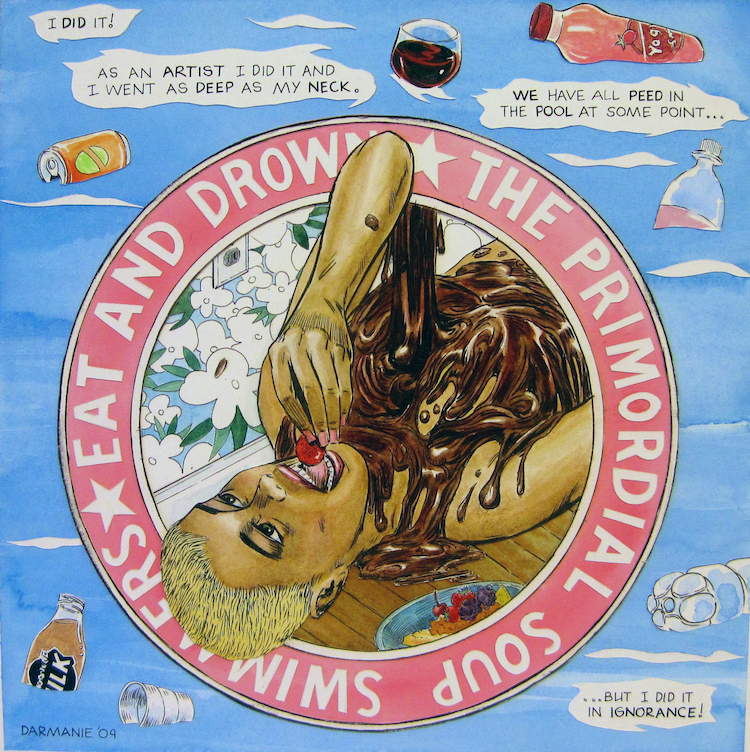 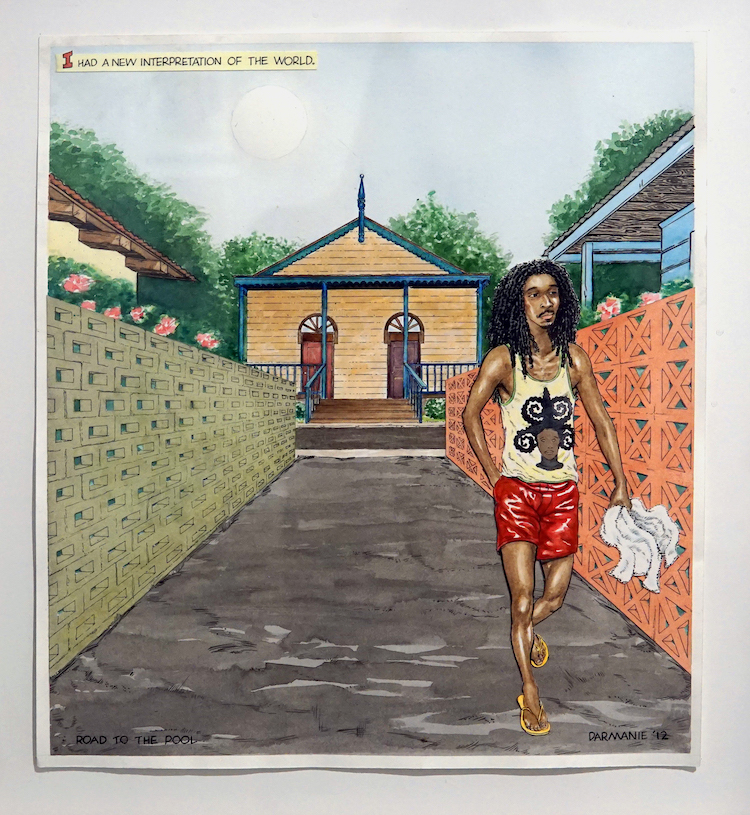 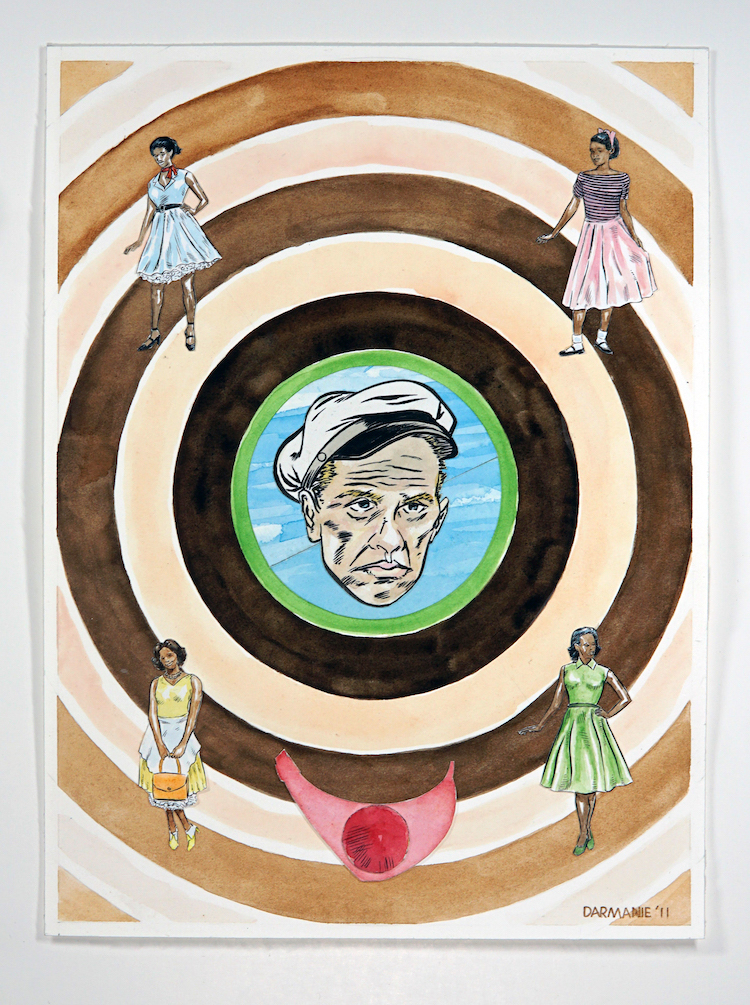 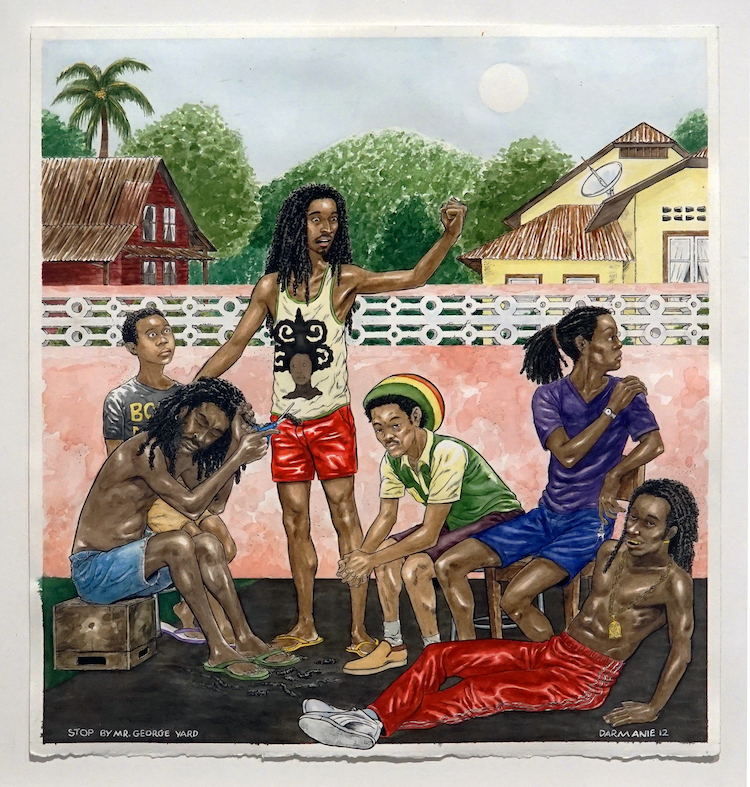 The power of words to tell a story is punctuated with wit and detail in comics and graphic novels, so, since this magazine’s inception, we have examined and documented their intricacies and visual narrative with relish. With a history of political punches, the artform has evolved, potent as ever, through the minds of clever contemporary stars like Trenton Doyle Hancock, Mark Thomas Gibson and Maria Qamar, not to mention, legends like Kerry James Marshall, Robert Williams and Robert Crumb. Now, as we survey the various political dramas and hungry for more fresh, graphic novel styles, we discover Kevin Darmanie has chronicled Caribbean culture, especially as perceived by Americans, in a timely body of work in the vein of graphic novels.

Through July 30th, the Arcade Project Curatorial will launch Rainbow Country, a week-long pop-up exhibition by Darmanie at the Bushwick-based storefront gallery, Paradice Palase. The show itself features a series of watercolor paintings and mixed media, created like graphic novels, to, in the artist’s words, “re-examine Caribbean attitudes, provide social critique, and provide an opportunity for introspection.” Themed around a character that Darmanie has created, an alter ego named Kedar, Rainbow Country weaves tales of his time living in America against the context of his youth in Trinidad & Tobago.

What’s powerful here is the affectionate and empathetic depictions of his characters, an upbeat and often satirical look at the way outsiders look at Caribbean culture. Curated by M. Charlene Stevens, the socio-political examination of the Newark-based artist’s work considers the philosophy of rest as protest, a  perhaps surprising form of confrontation being employed by many thoughtful resistance movements.  Through the power of comics and the graphic novel,  Darmanie’s Rainbow Country is both a visually appealing experience and deeply personal commentary about the multi-layerd world around us.—Evan Pricco

This show is appointment only. To book your timeslot, please visit: https://www.paradicepalase.com/rainbowcountry