Preview: Josh Keyes Marks His First Solo Show in LA in A Decade with "Implosion" 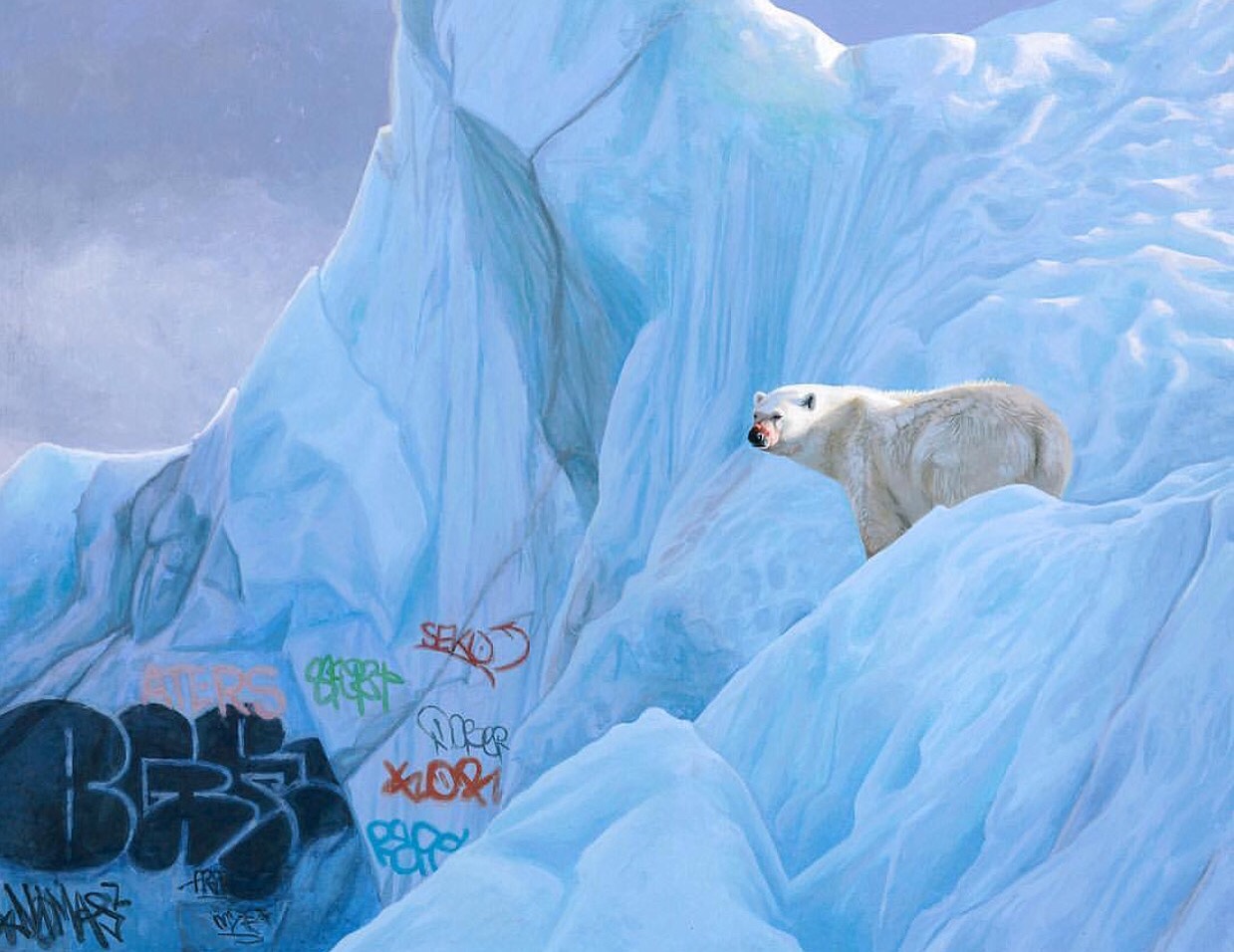 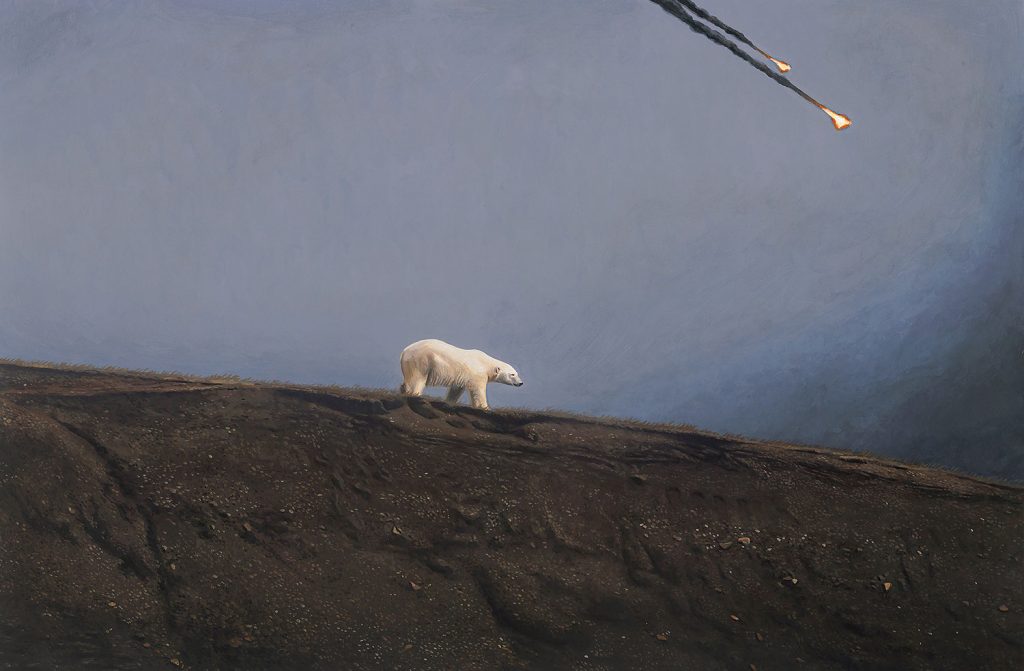 Tears of the Moon 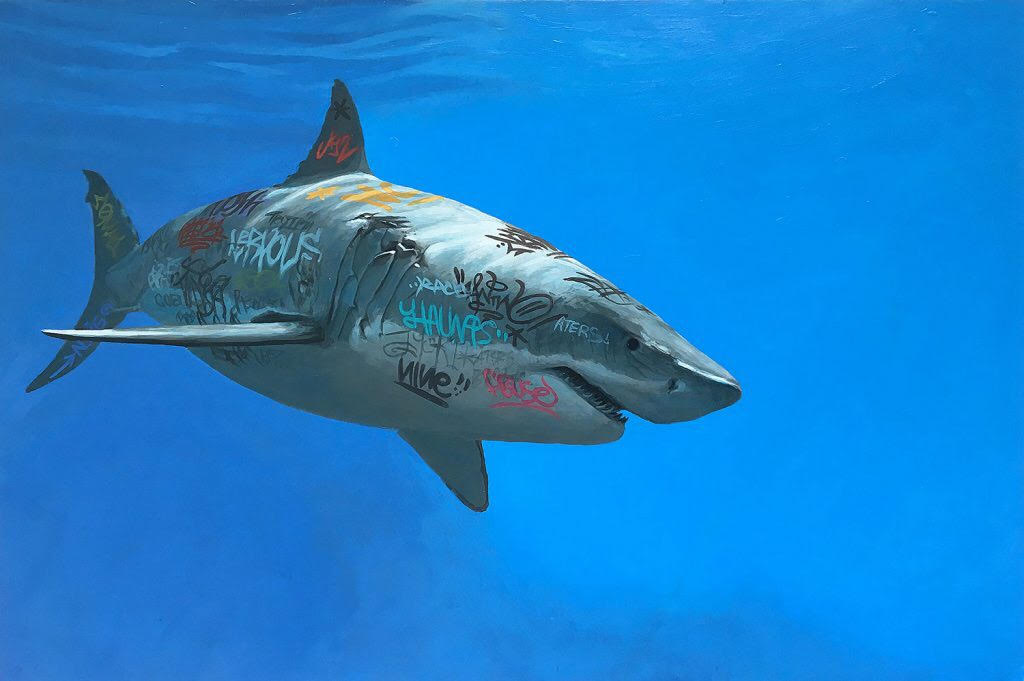 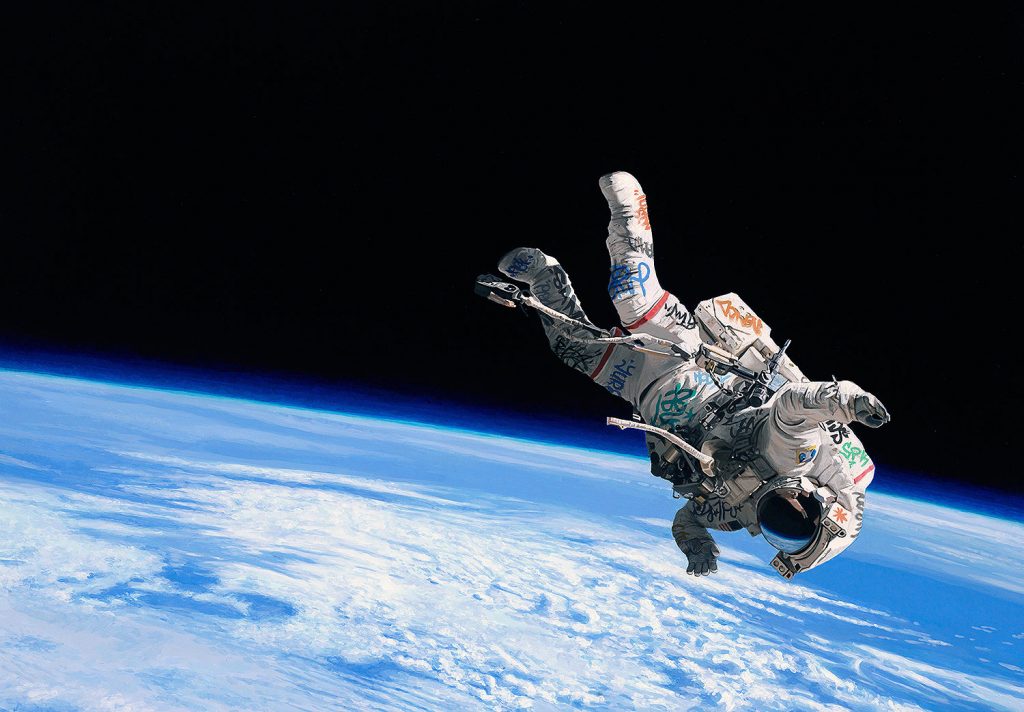 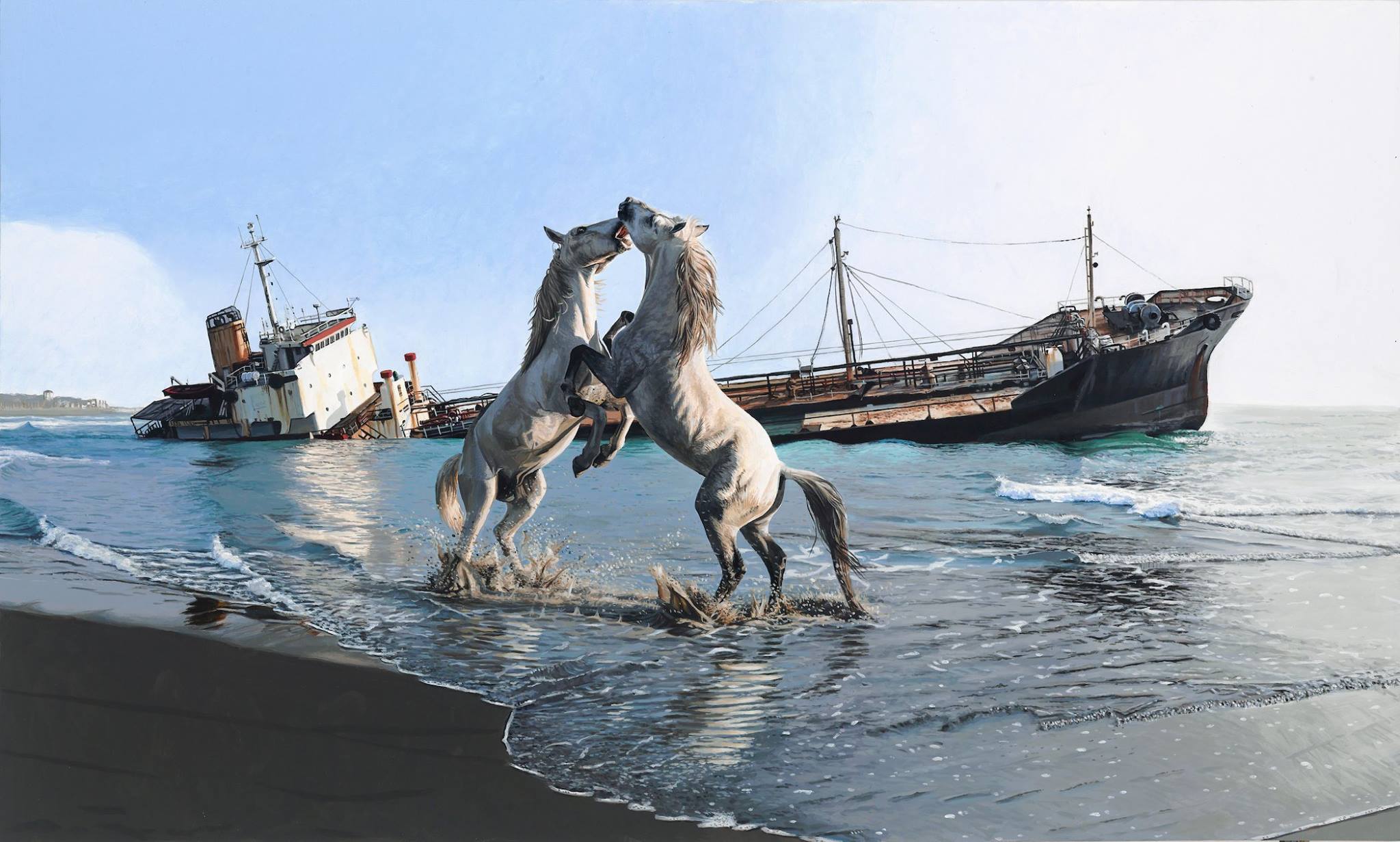 I’ll Love You Till the End of the World 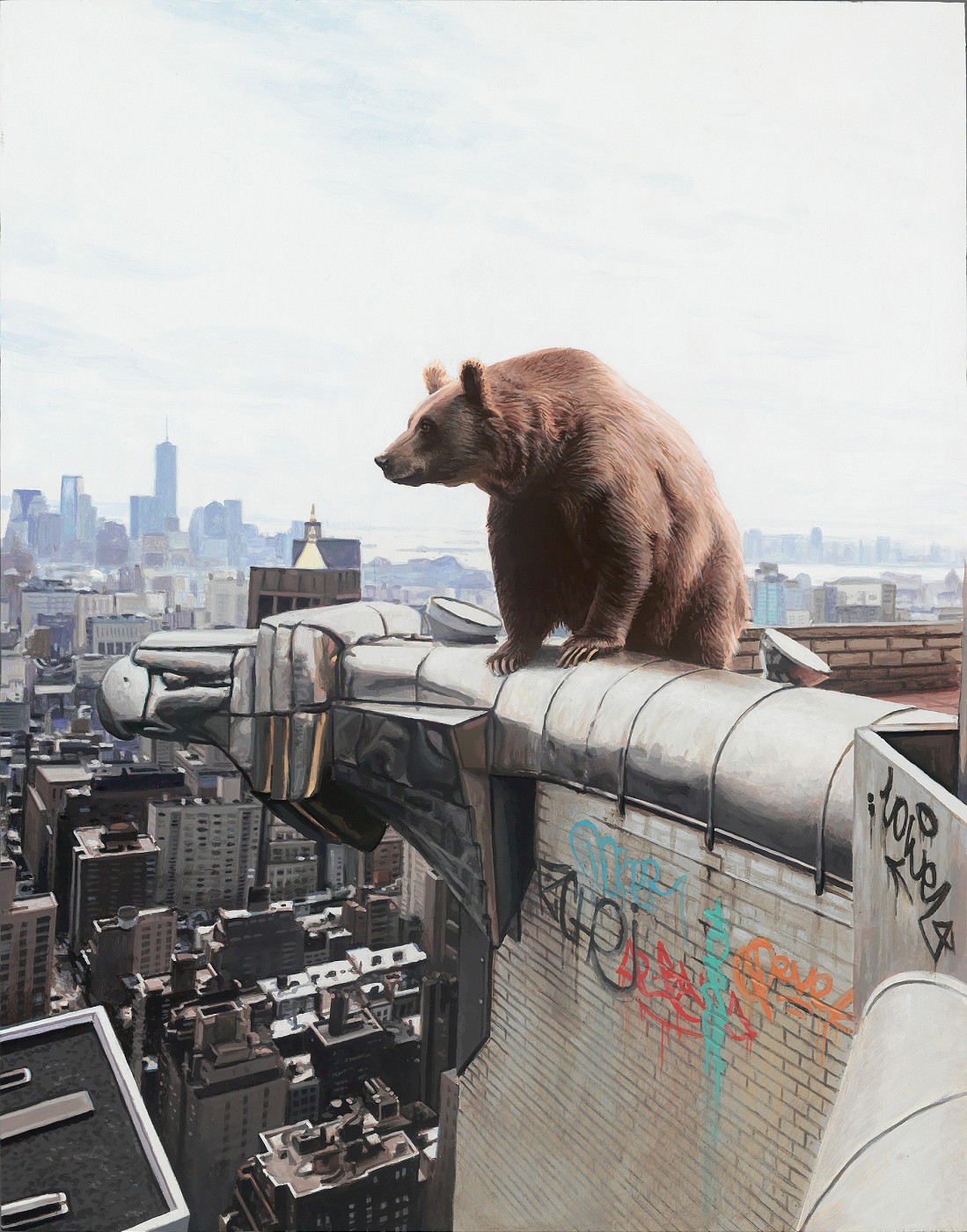 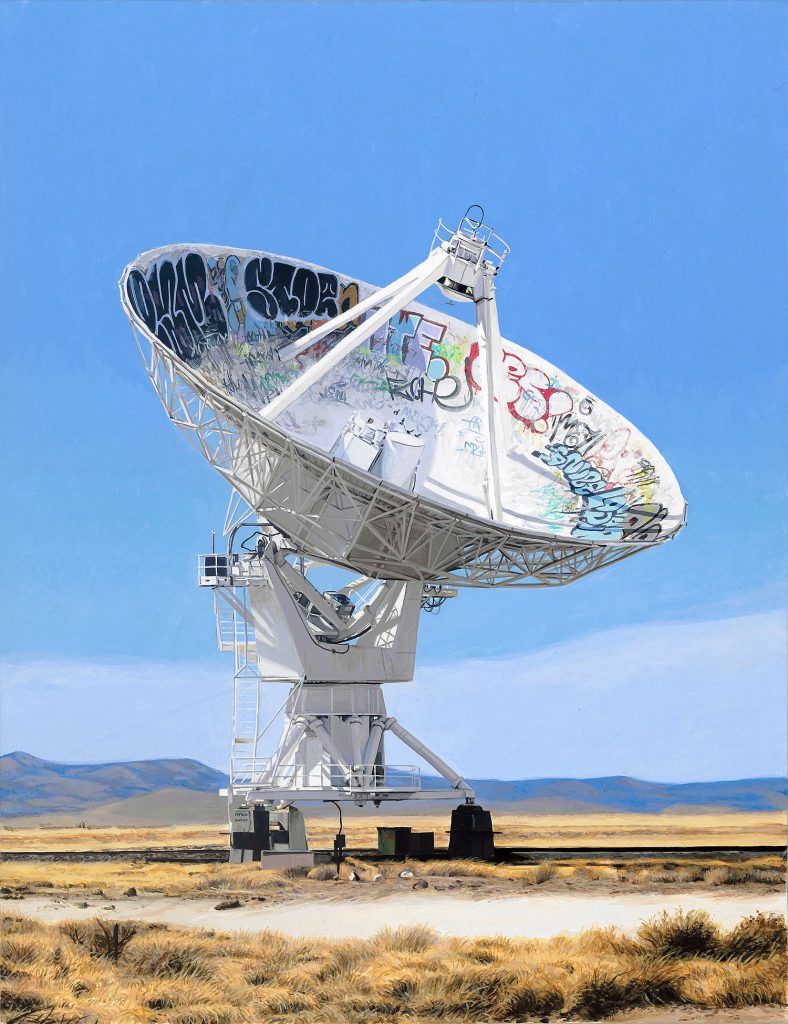 Can You Hear Me Now 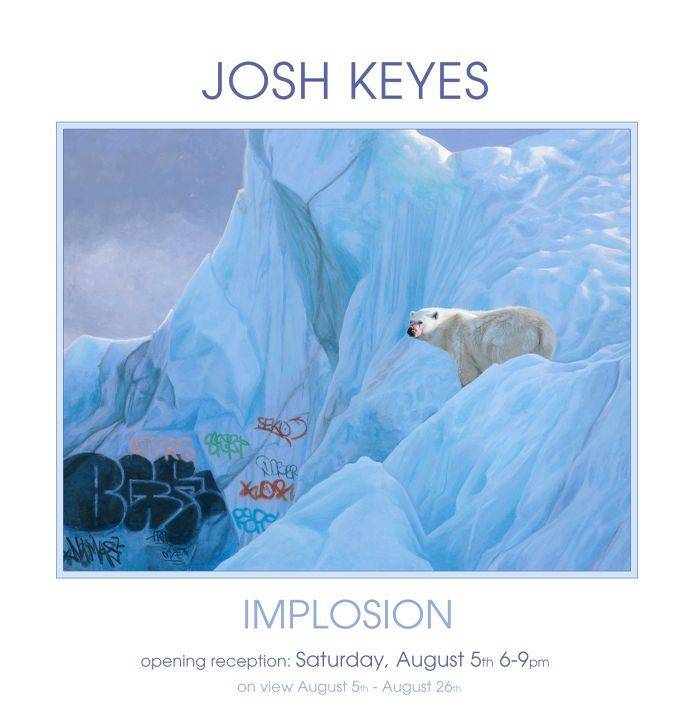 This Saturday, August 5th, Thinkspace Gallery in Culver City. LA, will be opening a long awaited solo show by Josh Keyes. Showing along Ken Flewellyn (we previewed this one yesterday) and Terry Arena, Portland-based artist will be introducing a new body of paintings titled Implosion.

With this show Keyes is continuing exploring the possible future for this world. Through his “eco-surrealism” he is depicting a world in which humans are gone and unlikely species are taking over former urban landscapes. By cleverly composing the energetic wildlife imagery within now still life of man made surroundings, these images are silent warnings about dystopian post-human age, a concept even more relevant in the current US political climate. In the last couple of years the artist stepped away from his signature abundance of white negative space, in order to re-create whole environments and create more immersive take on these poetic chronicles of disaster. The results are new images which expose the raw beauty of nature, as well as its, and our vulnerability. With 9 new paintings this exhibition will feature largest collection of new work since his "Above and Below" show back in 2012, as well as mark Keyes' debut with the gallery and first LA showing in a decade.

"This new body of work is a sobering meditation on the possible future for this world," says Feburary 2010 cover artist, Keyes. "The current political climate in the US and growing tensions in the world are frightening. There is enormous uncertainty and anxiety about the long-term effects this presidency will have on our freedom, relations with the world, and the protection of the environment. Implosion to me implies a collapse inwards, into a hollow center. It's like being sucked into a vacuum, a void, falling into nothing, losing the soul. For me these new paintings serve as a catharsis for working through these fears, and anxieties."