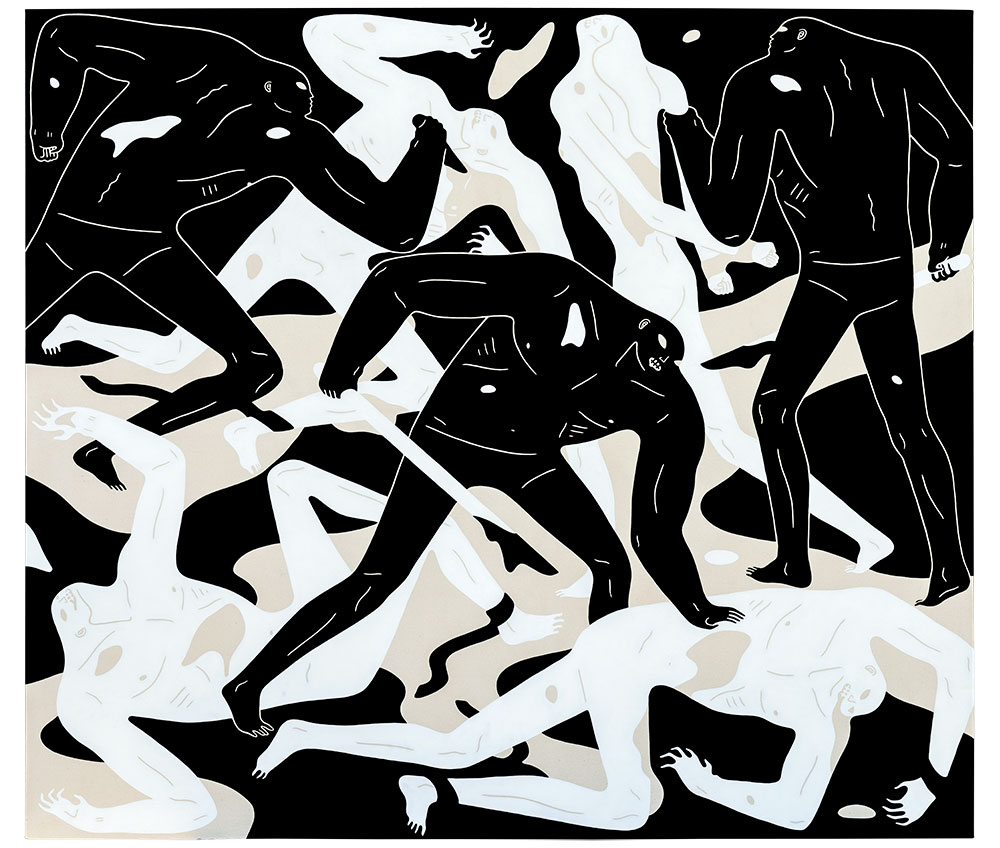 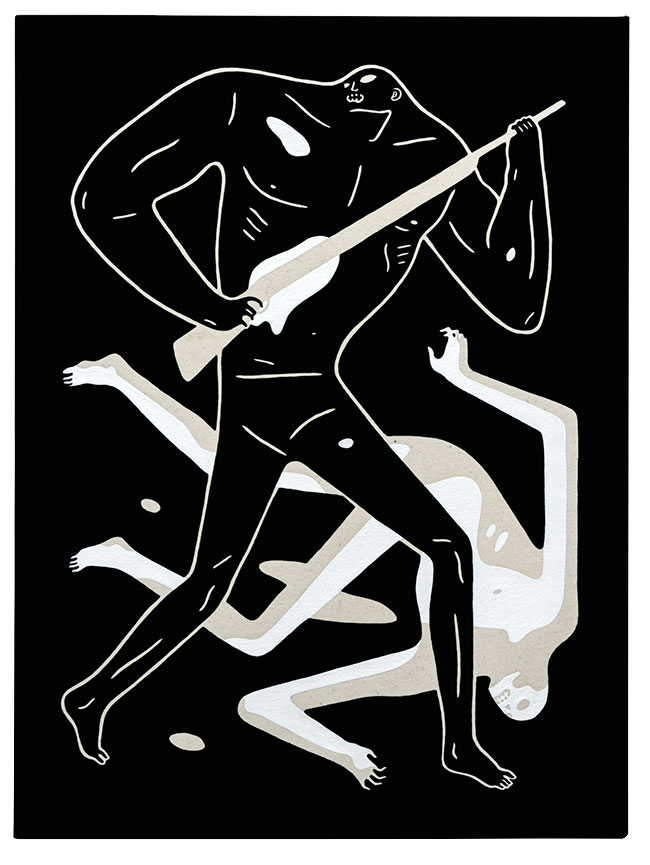 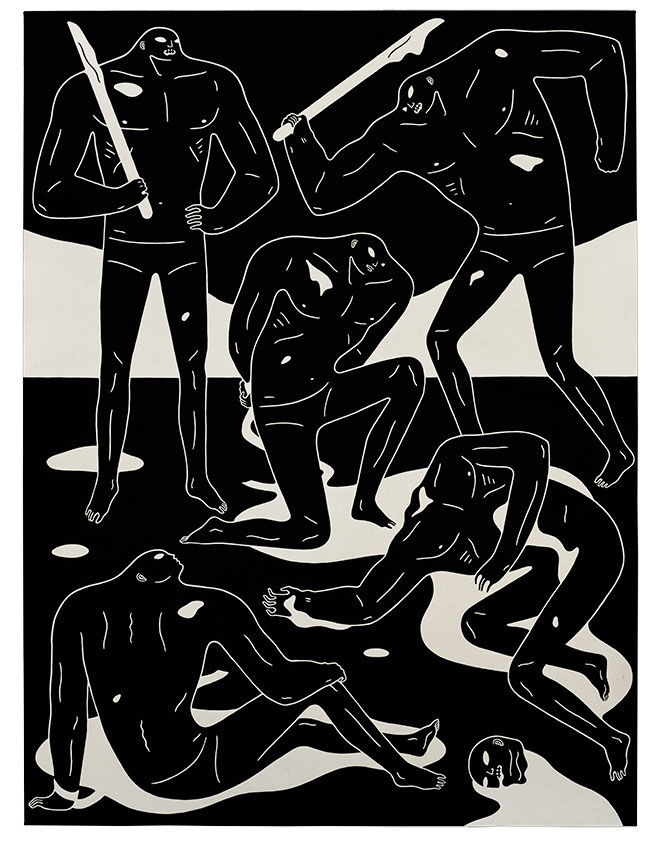 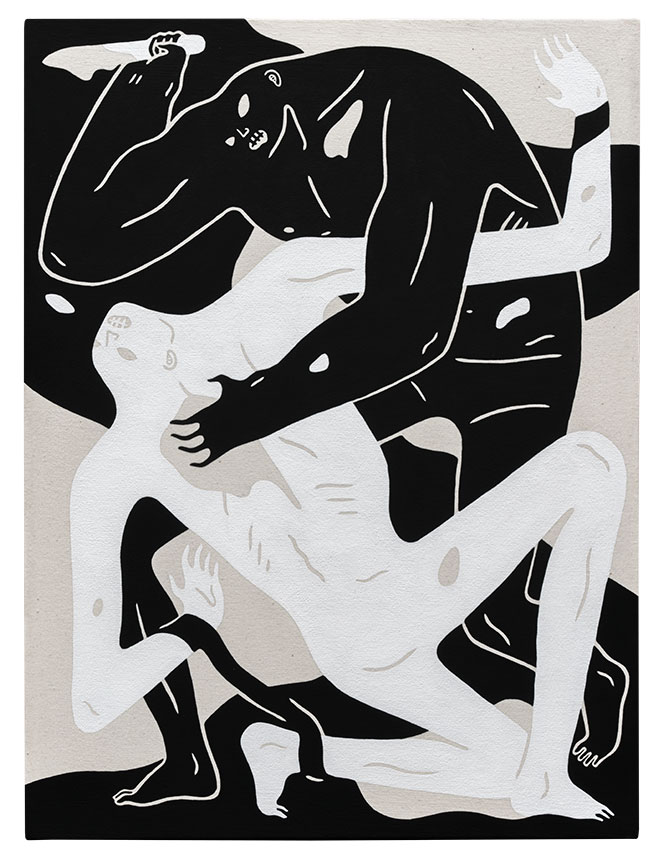 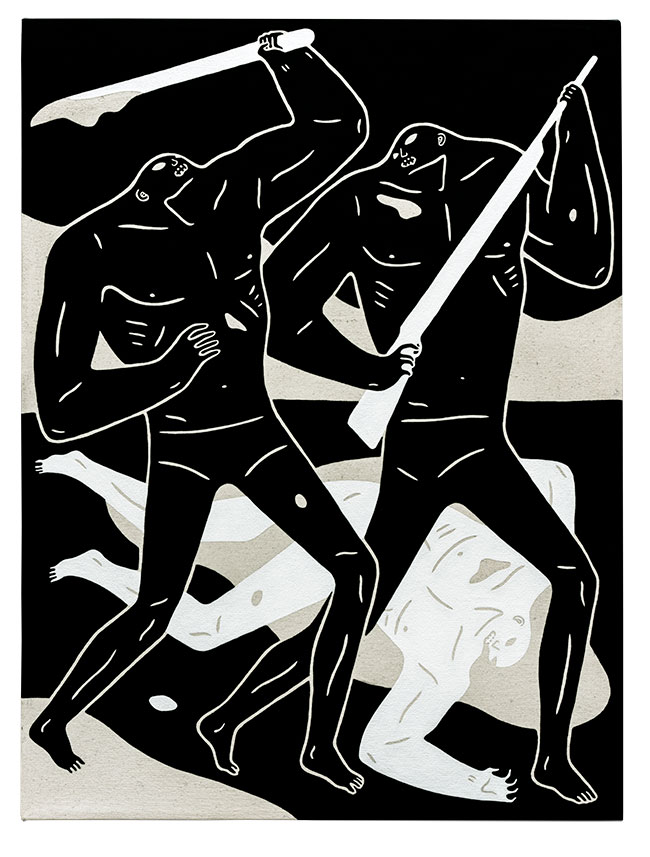 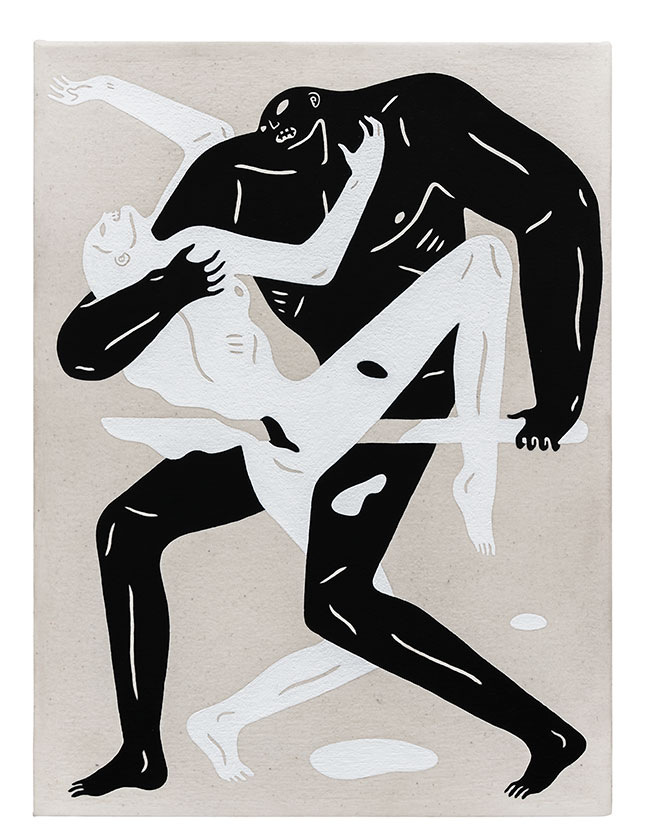 “If we don’t confront the evils within ourselves, we’ll never be forced to take action against the evils in our world.” This is what Cleon Peterson told Juxtapoz when we asked him about the themes behind his massive new museum show, Shadow of Men, on view at the Museum of Contemporary Art Denver starting February 2, 2018.

Peterson’s work has an aura, its shadowy characters depicting ultra-violence and combat as a metaphor for conflicts we see so often in both the political and social realm. But as many people have used the current political climate around the world to reevaluate their own identity (while others seem to be empowered by divisiveness), Peterson’s cinematic scenes have emerged with more clarity. What once seemed like visions of the future now seem like scenes from our streets. No, not every street corner is full of violence, but the possibility of conflict always seems too close for comfort. That is where the body of work for Shadow of Men is at its best. Like a horrible nightmare or sleep-paralyzed hallucination, these evils loom just under the surface. In his cover story with Juxtapoz back in October 2014, Peterson explained “ I want to present things that are cognitively dissonant, ideas that make the viewer have to think critically about the ethical, moral, and historical roles we all play in the world.” –Evan Pricco