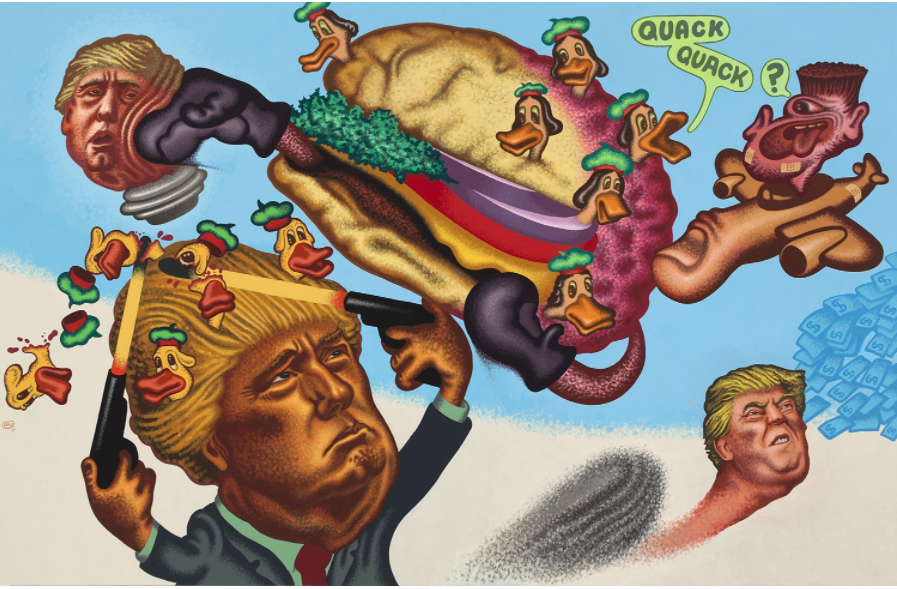 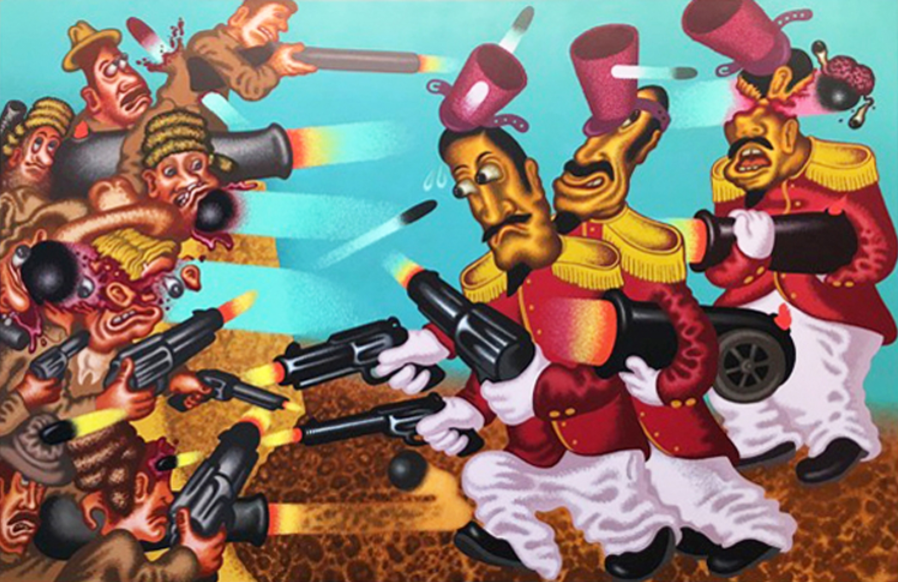 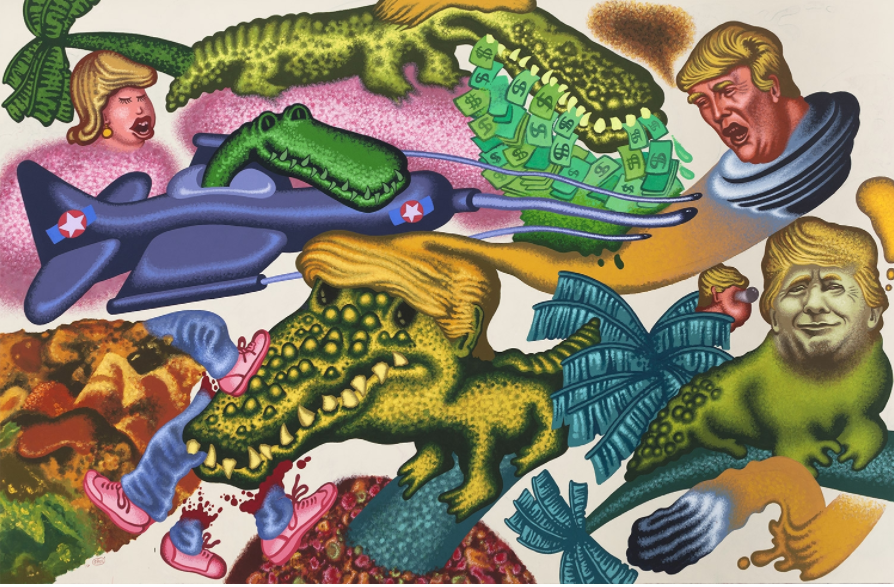 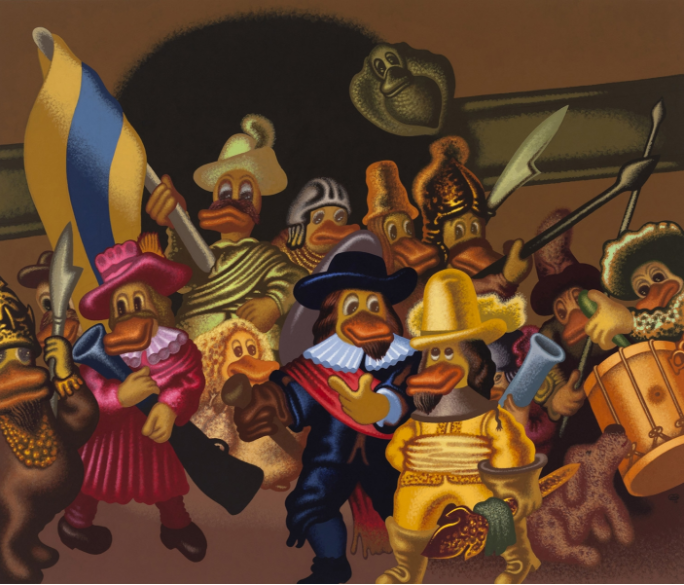 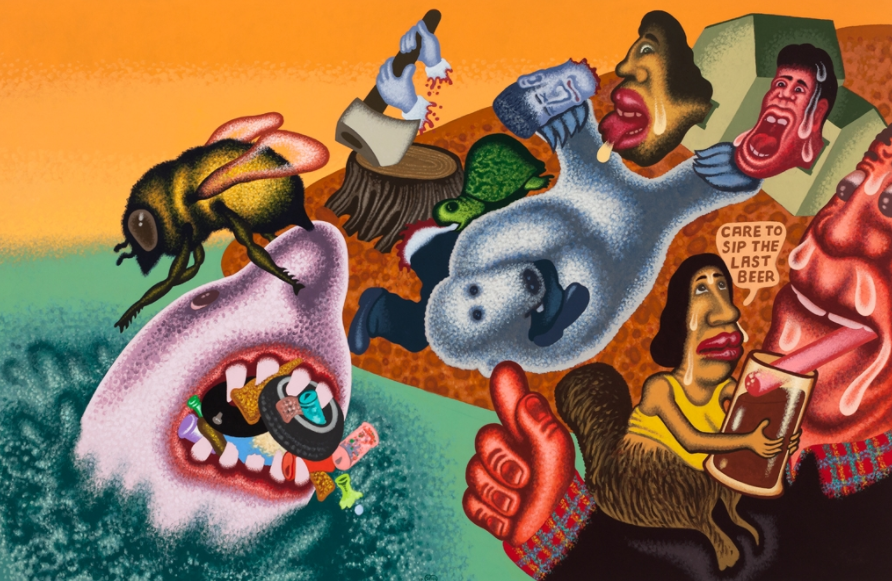 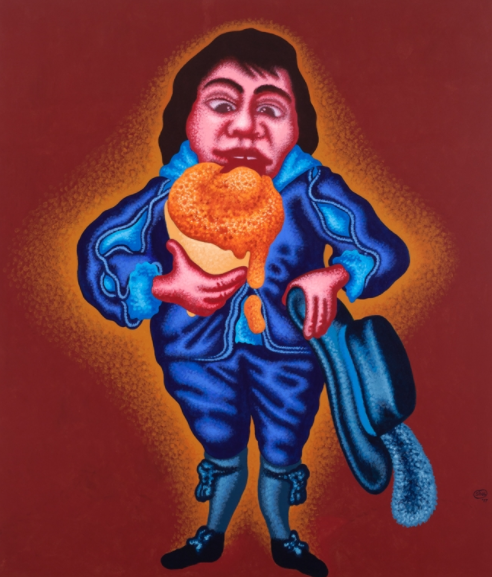 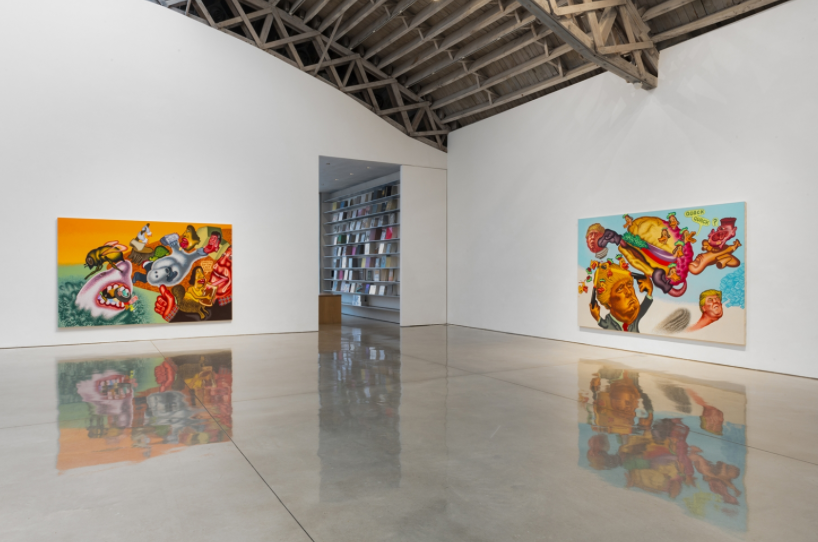 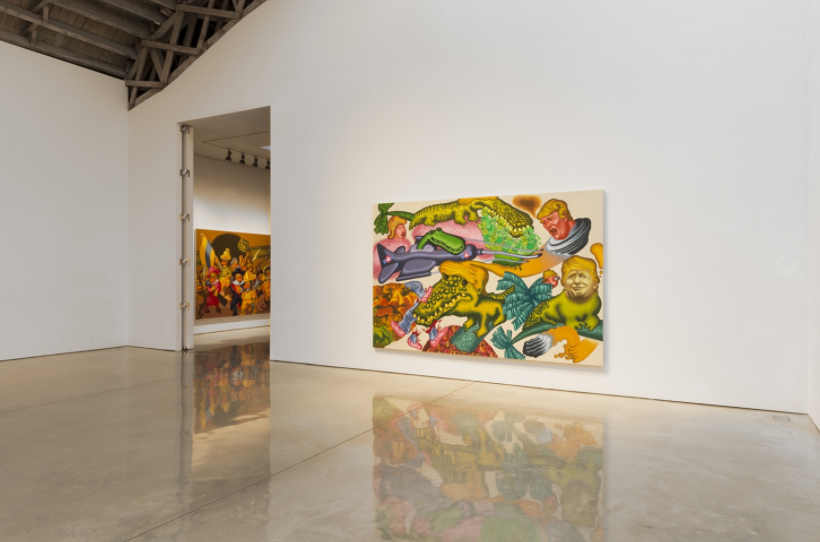 One of the most influential painters to this current generation of artists, Peter Saul continues to explore the medium of pop, surrealism, political art and comic book fine art in his new show, "Fake News," at Mary Boone in NYC.

When we look at some of the best figurative painters (and even some abstract ones) who have come onto the fine art scene over the past few decades, they undoubtedly have been influenced by the 6-decade long career of Peter Saul. Saul's ability to work within politics and humor, to connect art history with his own unique surreal vision, his completely his own style. And in his newest show, Fake News, he takes on not only Trump, but constructs a dialogue that puts Trump into the context of American History.

From the gallery: "In the current exhibition, Saul tackles art history and its celebrities, as well as a present-day aspirant and his conundrums. Rembrandt’s 1642 masterpiece is re-imagined as an unthreatening militia of costumed ducks in Nightwatch II, Gainsborough’s beloved portrait subject cools off in Blue Boy with Ice Cream Cone, and the Texas Revolution takes a gruesome turn in Return to the Alamo. Donald Trump in Florida and Quack-Quack, Trump depict our presiding President in a variety of ignoble situations, oblivious to the imminent catastrophe presented in Global Warming, the Last Beer."