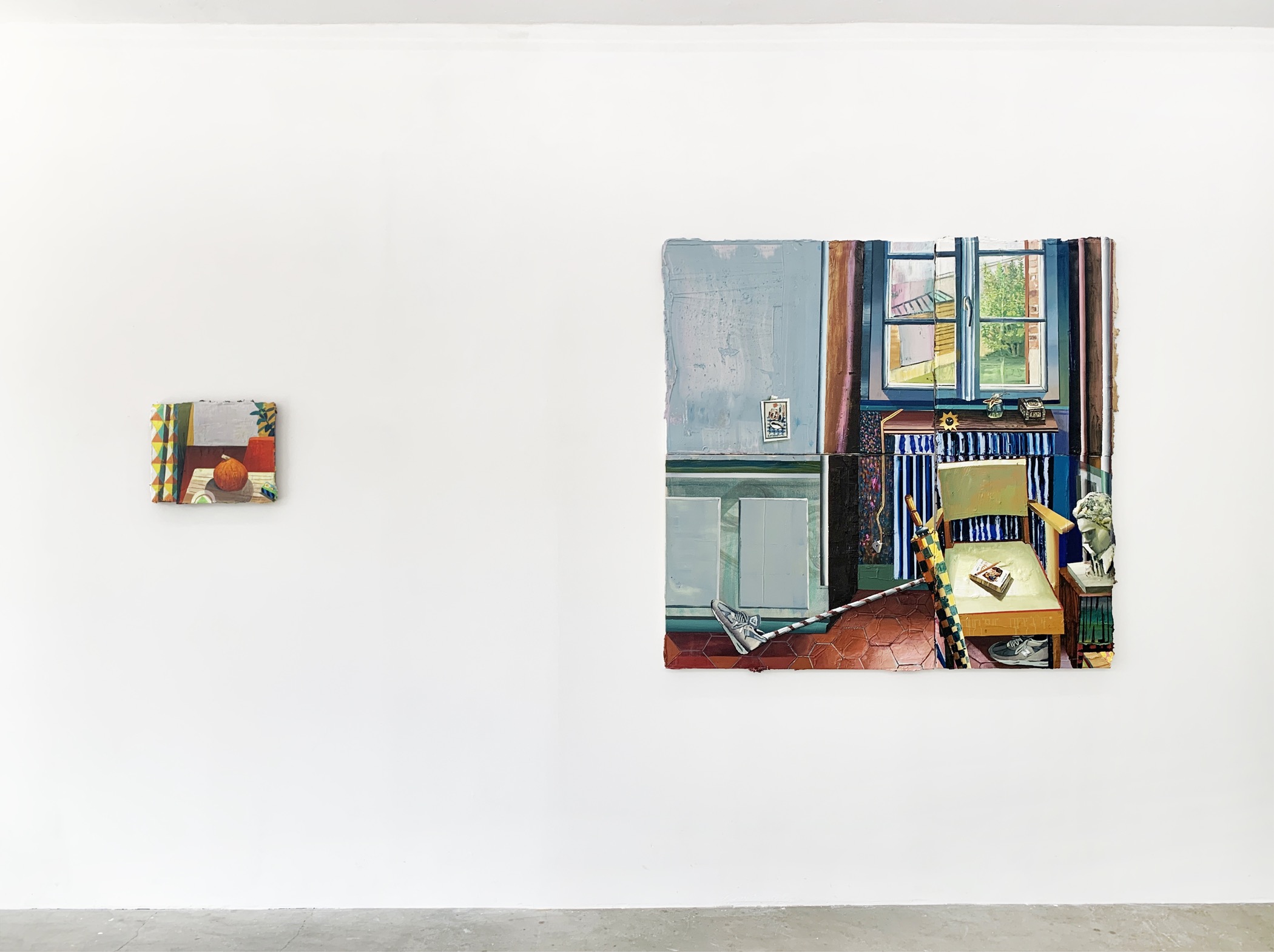 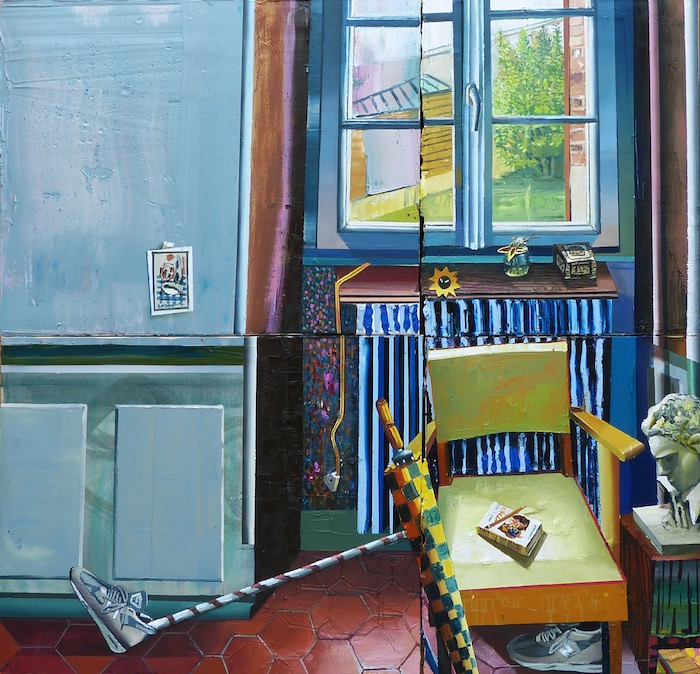 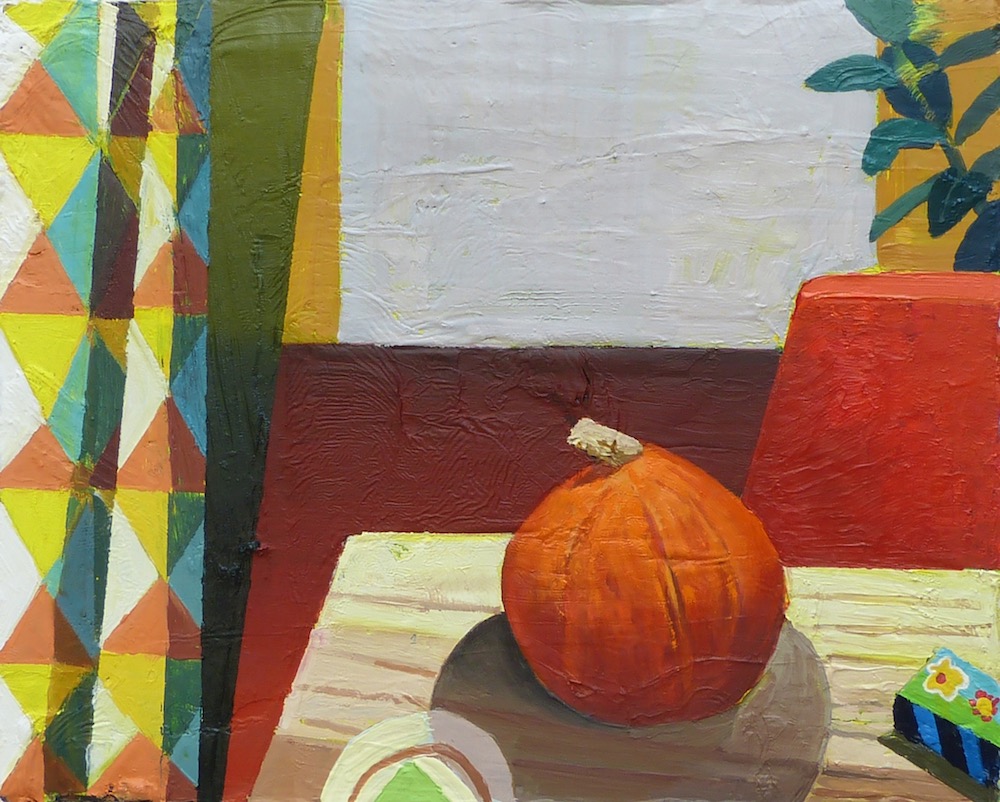 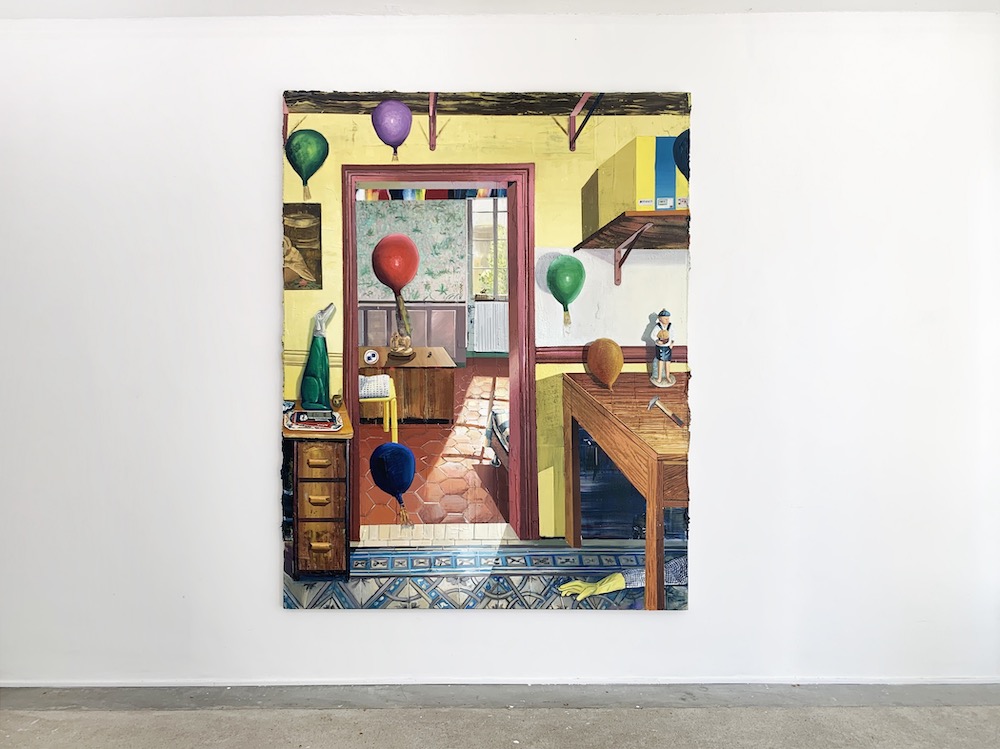 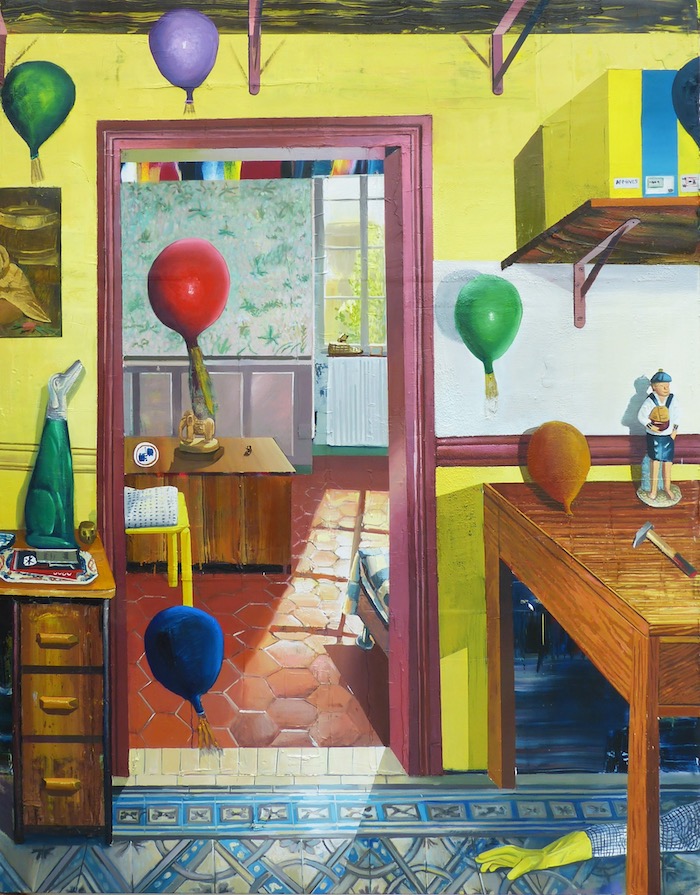 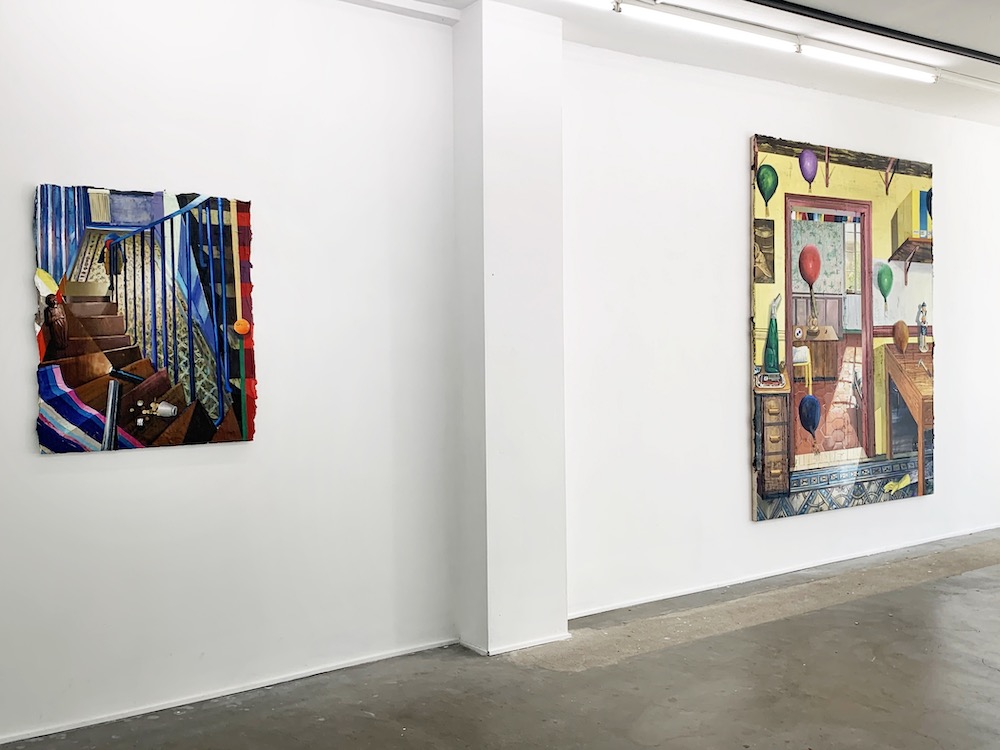 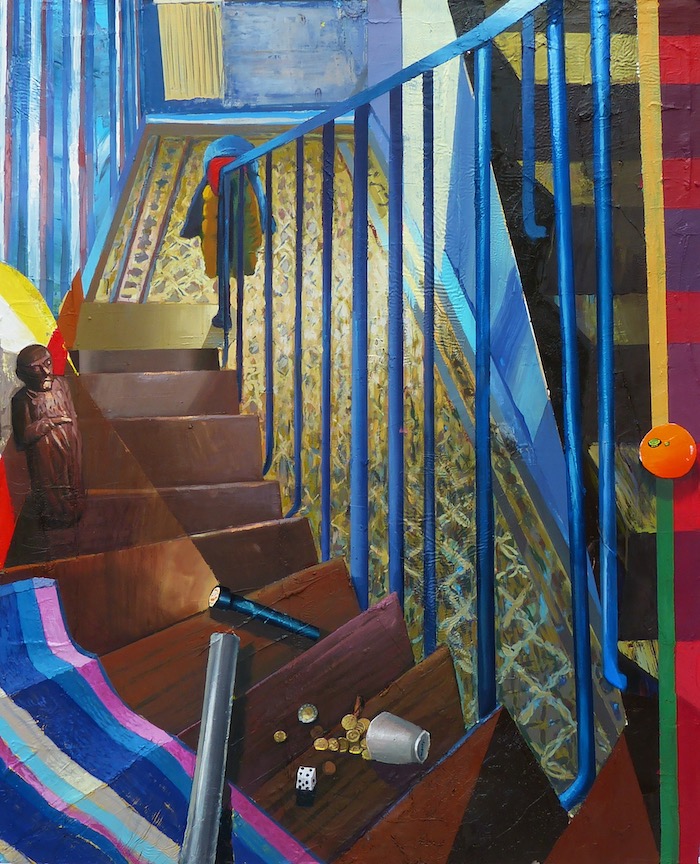 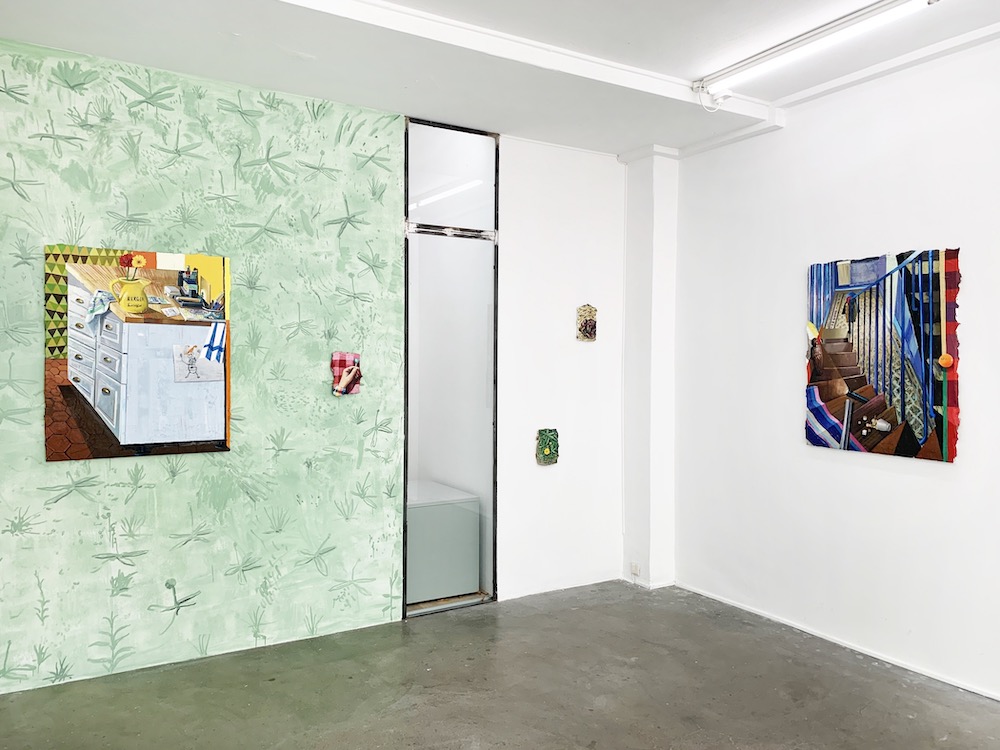 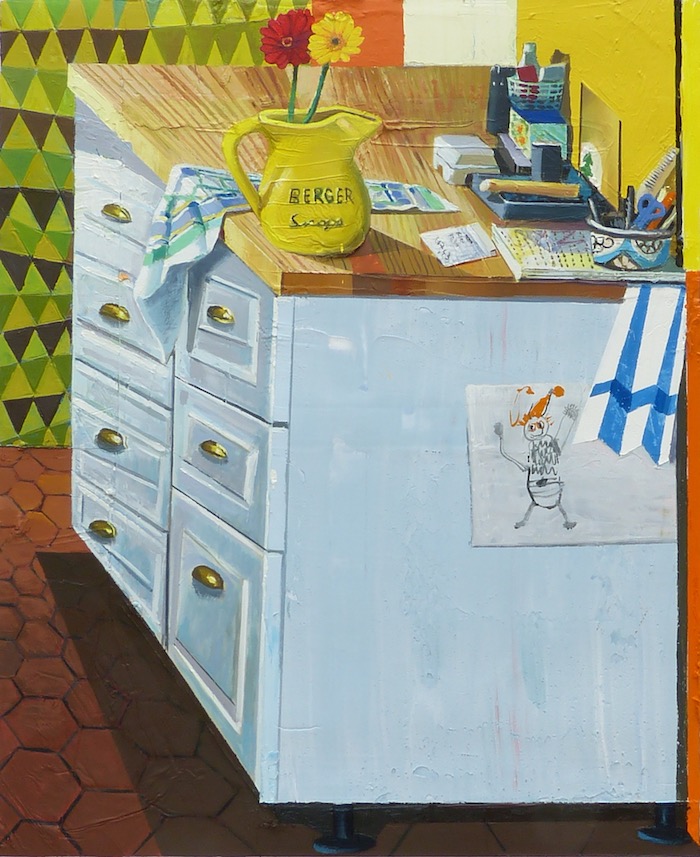 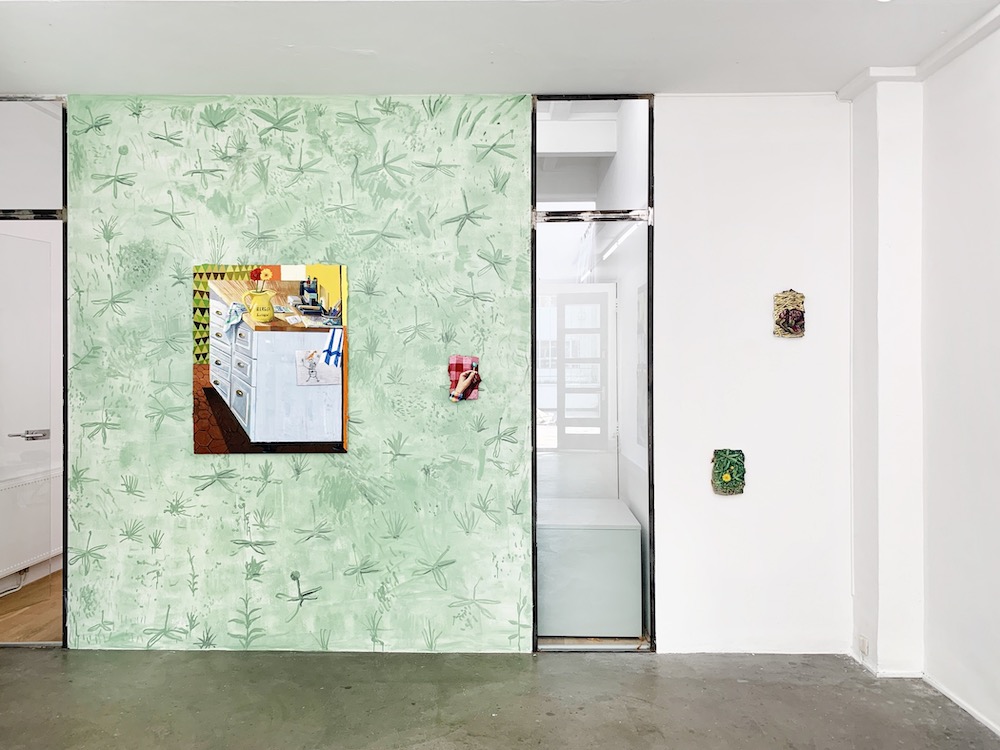 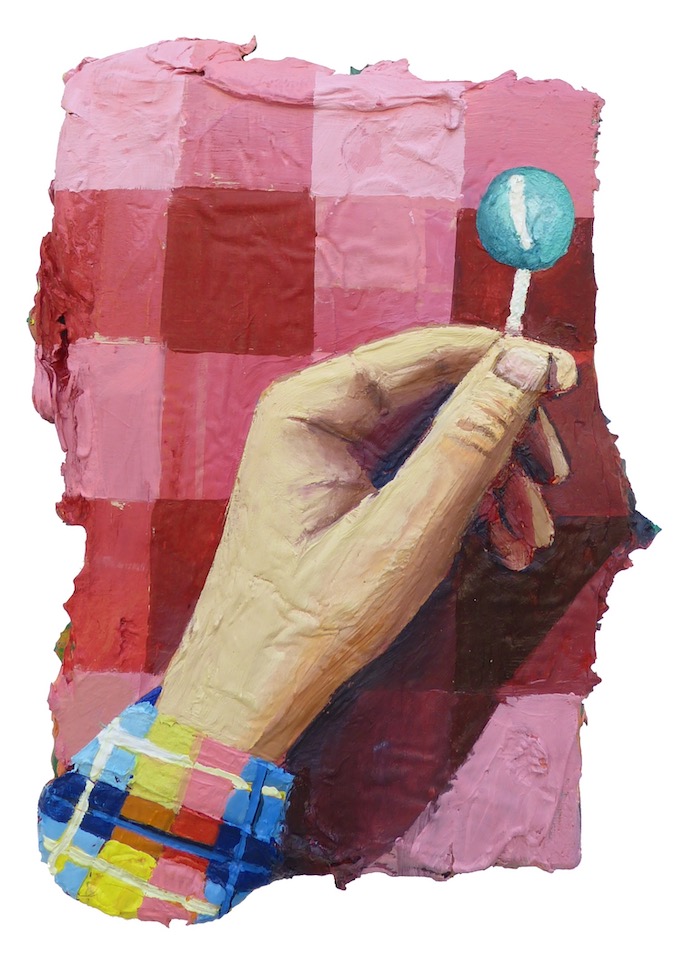 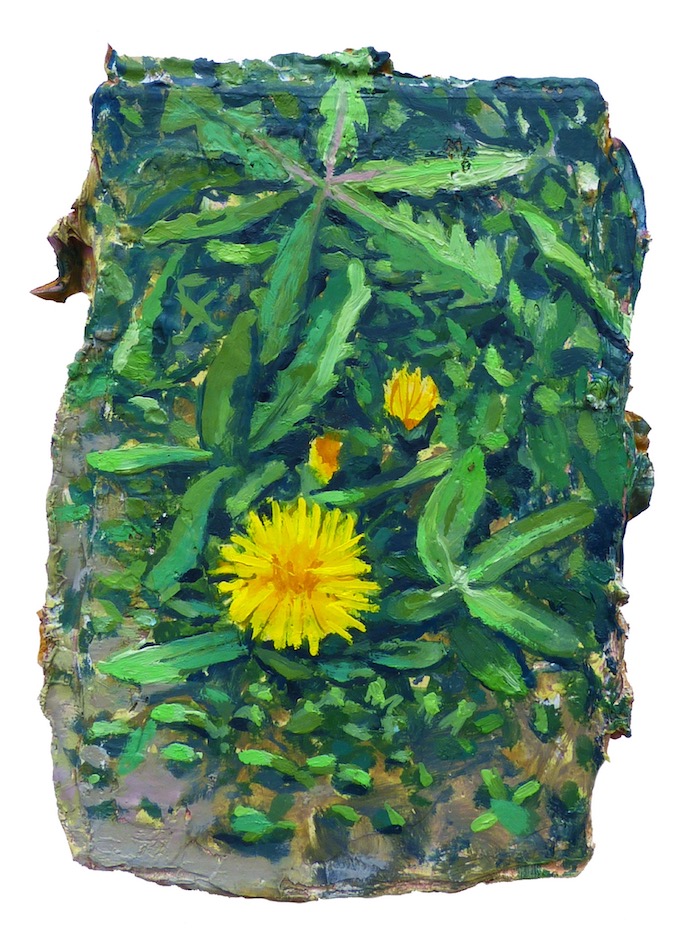 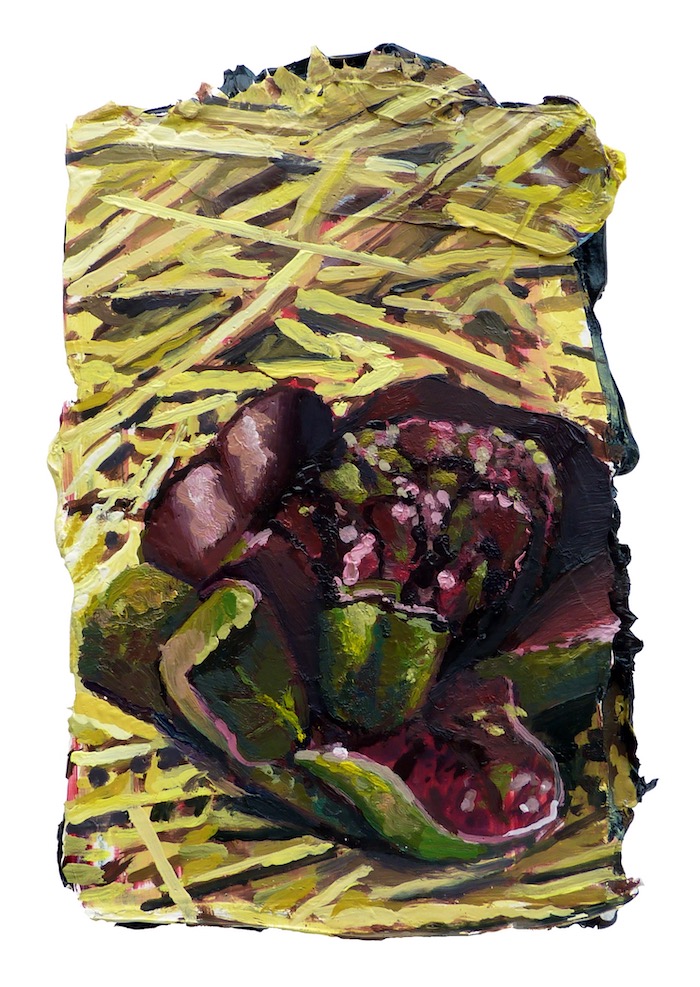 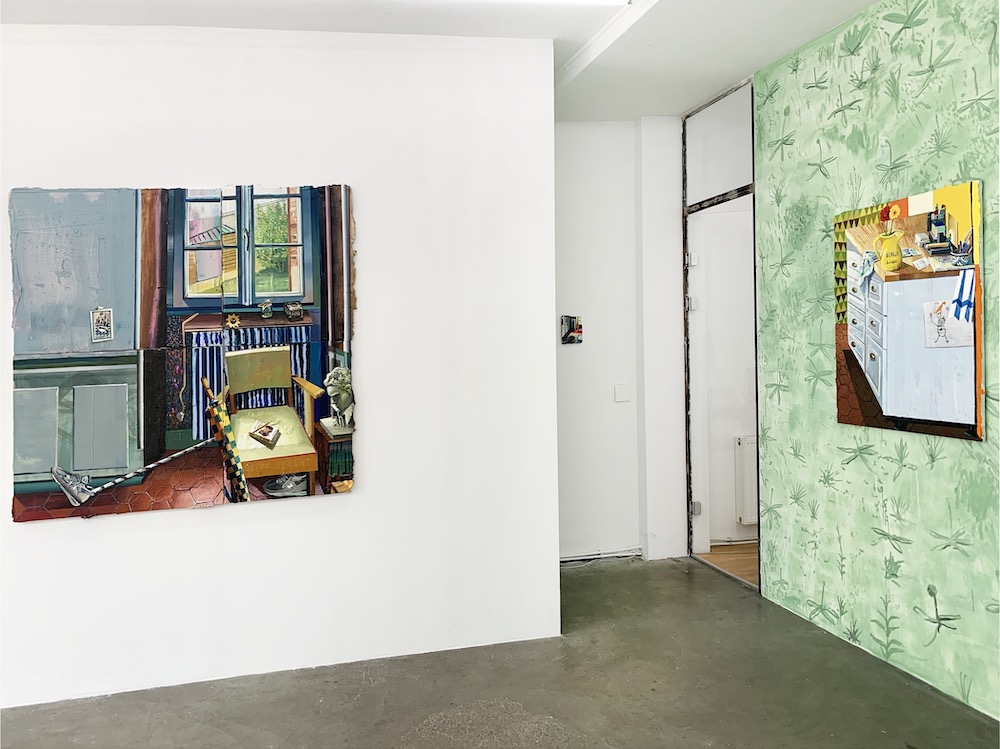 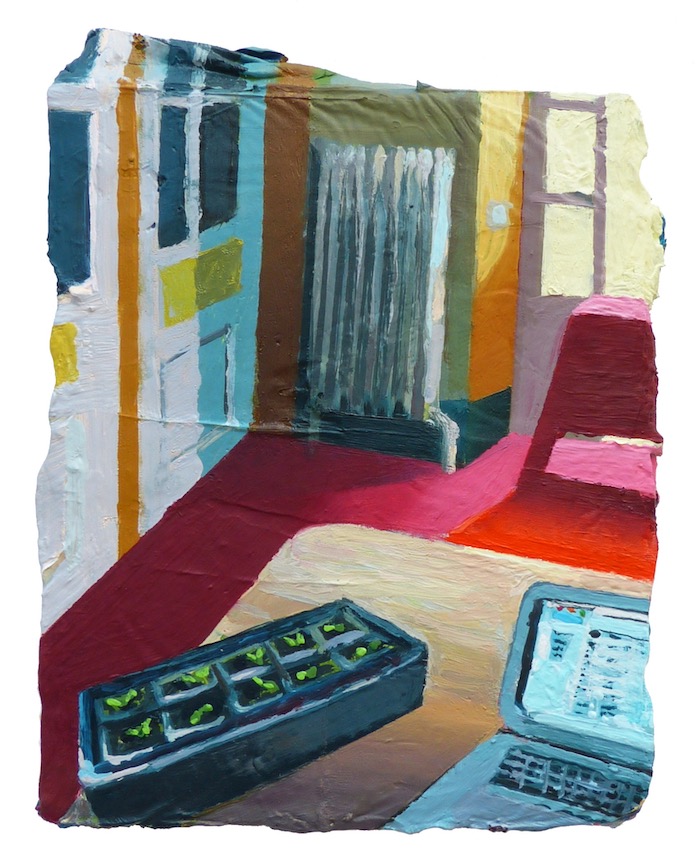 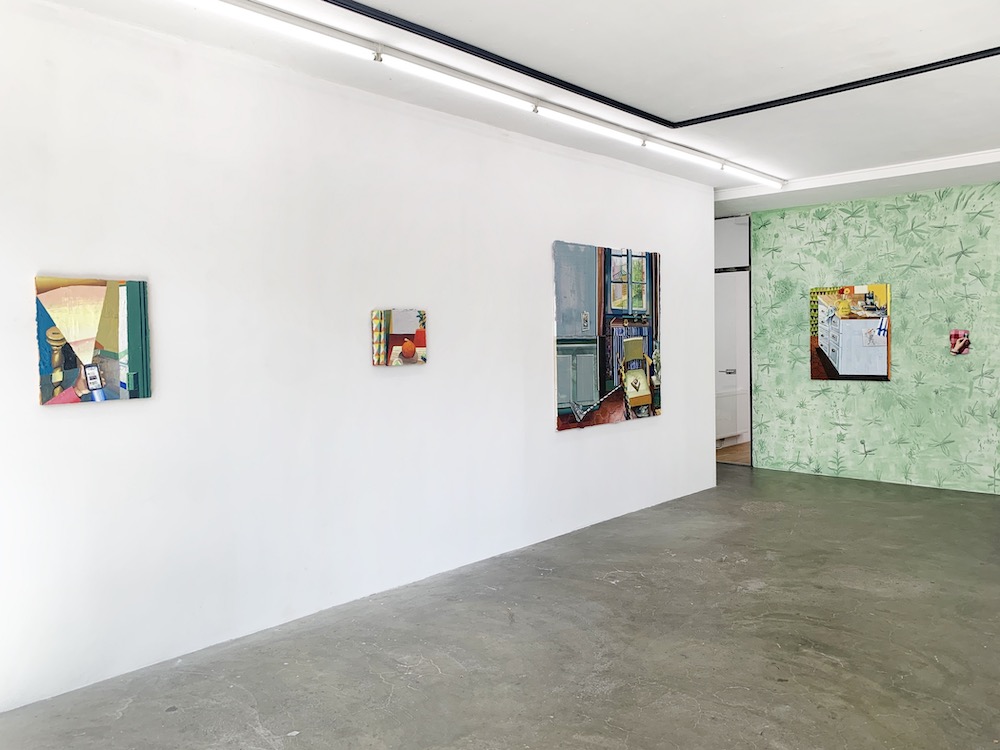 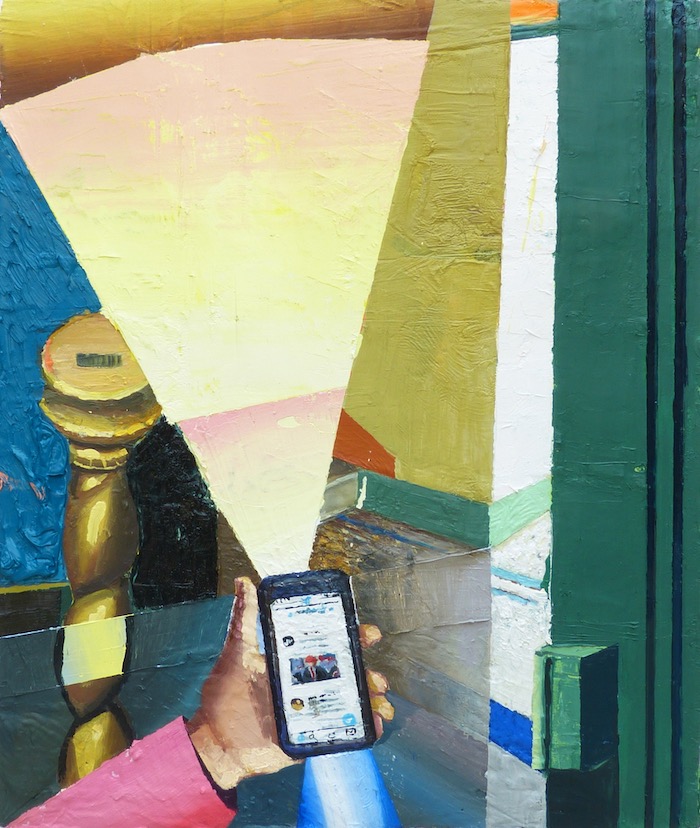 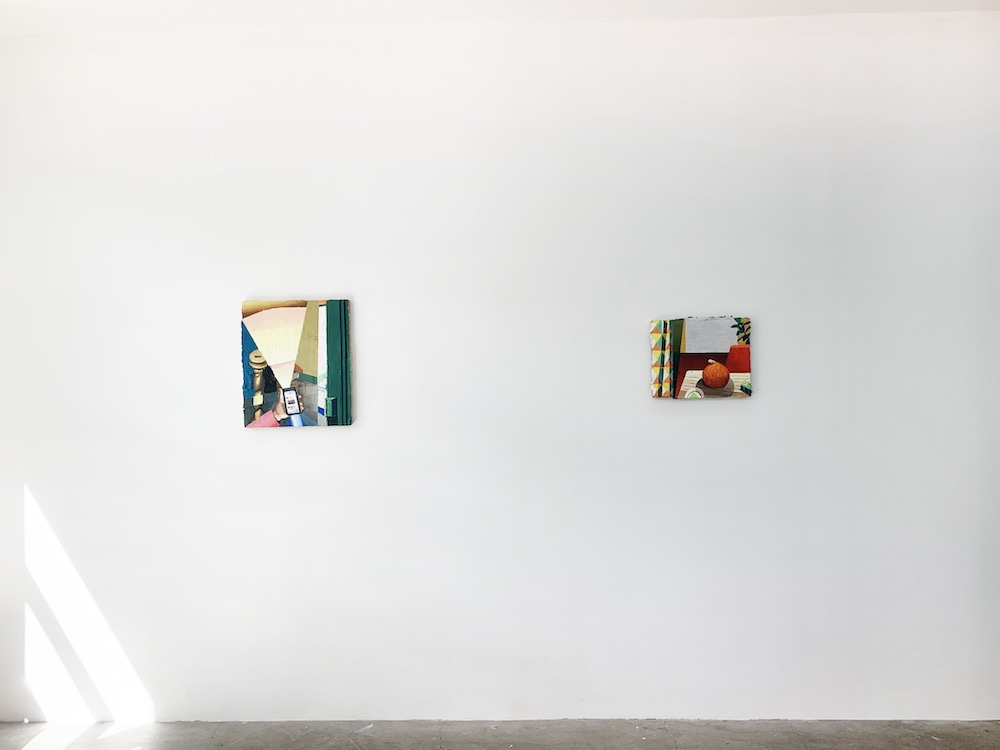 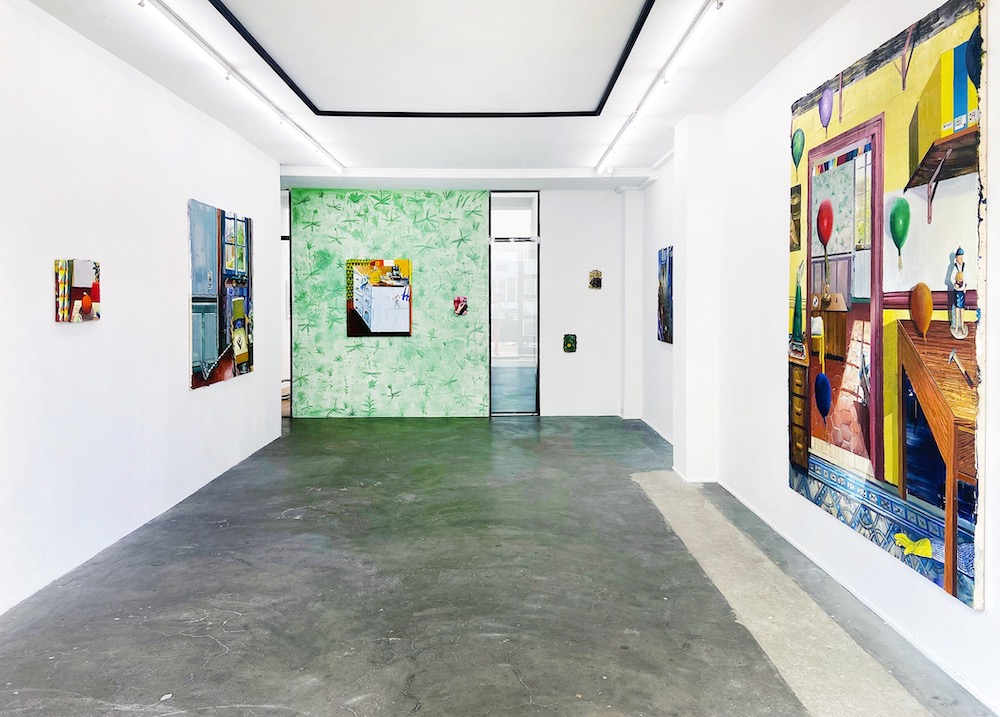 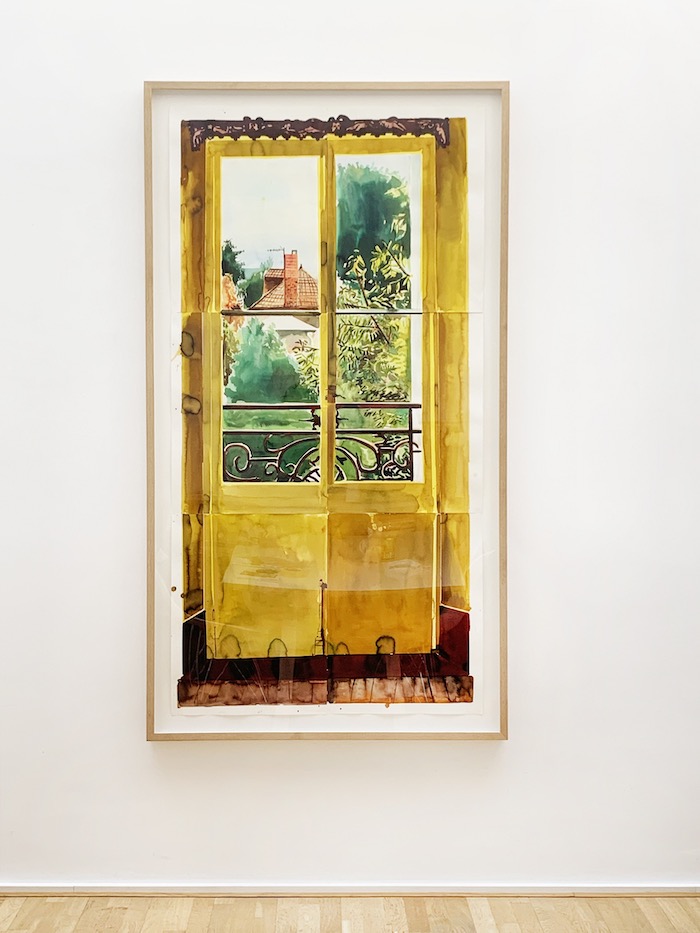 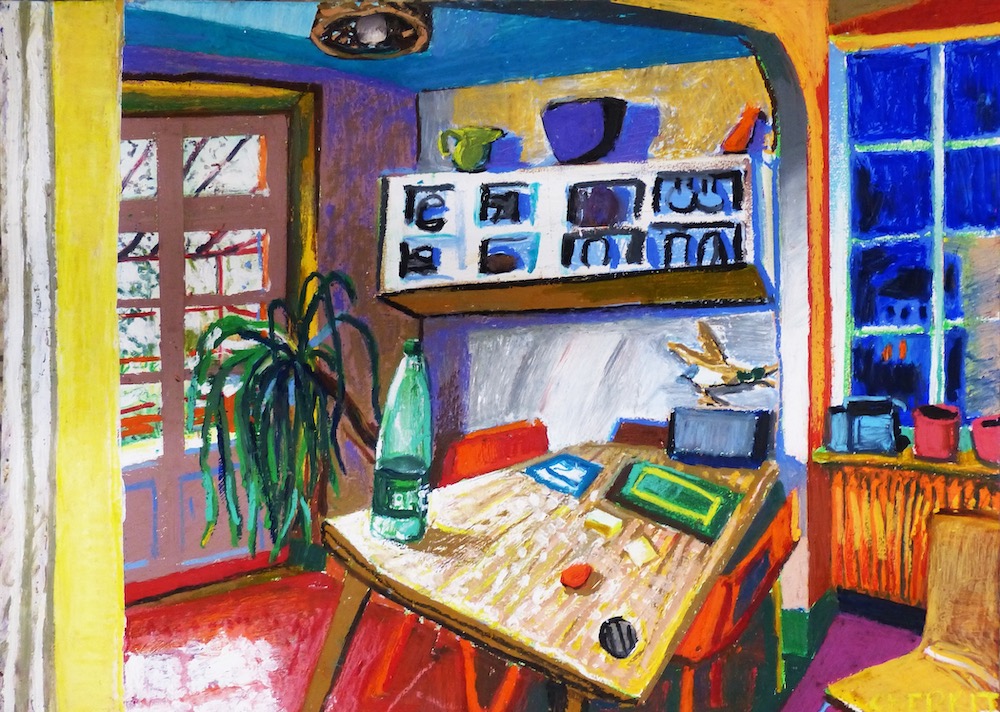 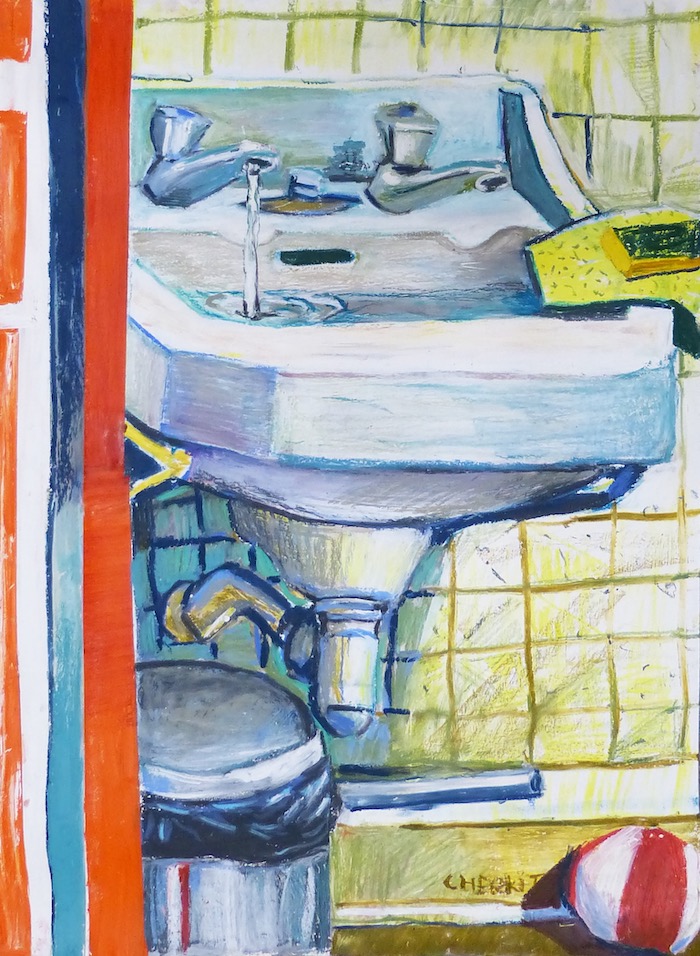 Albada Jelgersma Gallery in Amsterdam is currently running the final week of Perma-Peinture, Mathieu Cherkit’s third solo exhibition in the gallery. Set to close on June 5th the exhibition presents French artist's latest explorations of interior imagery, both the thick oils on canvas and the oil pastel and oil pastels on paper.

Sourcing his inspiration from his most imminent surroundings, it's the various corners of his family home, a former school and a townhouse in Vallery, outside Paris, that's the main protagonist of these vibrant images. With the title of the show, Perma-Peinture, referring to the ecological design concept of permaculture, the artist proposes a similar approach to art-making. Viewing the space he is portraying as parcels of land that he cultivates he continuously works on different sections until they transform into a satisfying form and are in harmony with the rest of the scene. A great example of such an approach is a Purple Dance, 2021, a large piece comprising four canvases. The work started off as a window scene but as Cherkit worked on it, he felt the image needed more space to grow and show more elements. He then added the chair image but during the process the need to grow further urged him to add another, and then another canvas. The result is a rare piece in which different ways of renditions, which is a reoccurring element in the work, are physically separated between the canvases that construct the entire image. Such unusual constructing adds to the sense of perspective and depth as the eyes explore different parts of the image, some of which are seemingly closer and others a bit further away from the viewer.

Built with a mass of thick oil paint the sides of Cherkit's paintings revealing the layers of intense, often unrealistic colors used to construct them, much like the earth reveals the course of history that took place on it. Often pushing the image into a sculptural sphere or oozing over the edge of the canvas, the thickness of oils is used to accentuate the sense of perspective and challenge the viewers' focus. Adorned by the unusual light play, patterns and subtle elements of abstraction, playful use of perspective, and the occasional addition of unexpected, suggestive, narrative-inducing elements, the works are equally captivating on their physical and contextual level, as they successfully transform the mundane into intriguing. —Sasha Bogojev