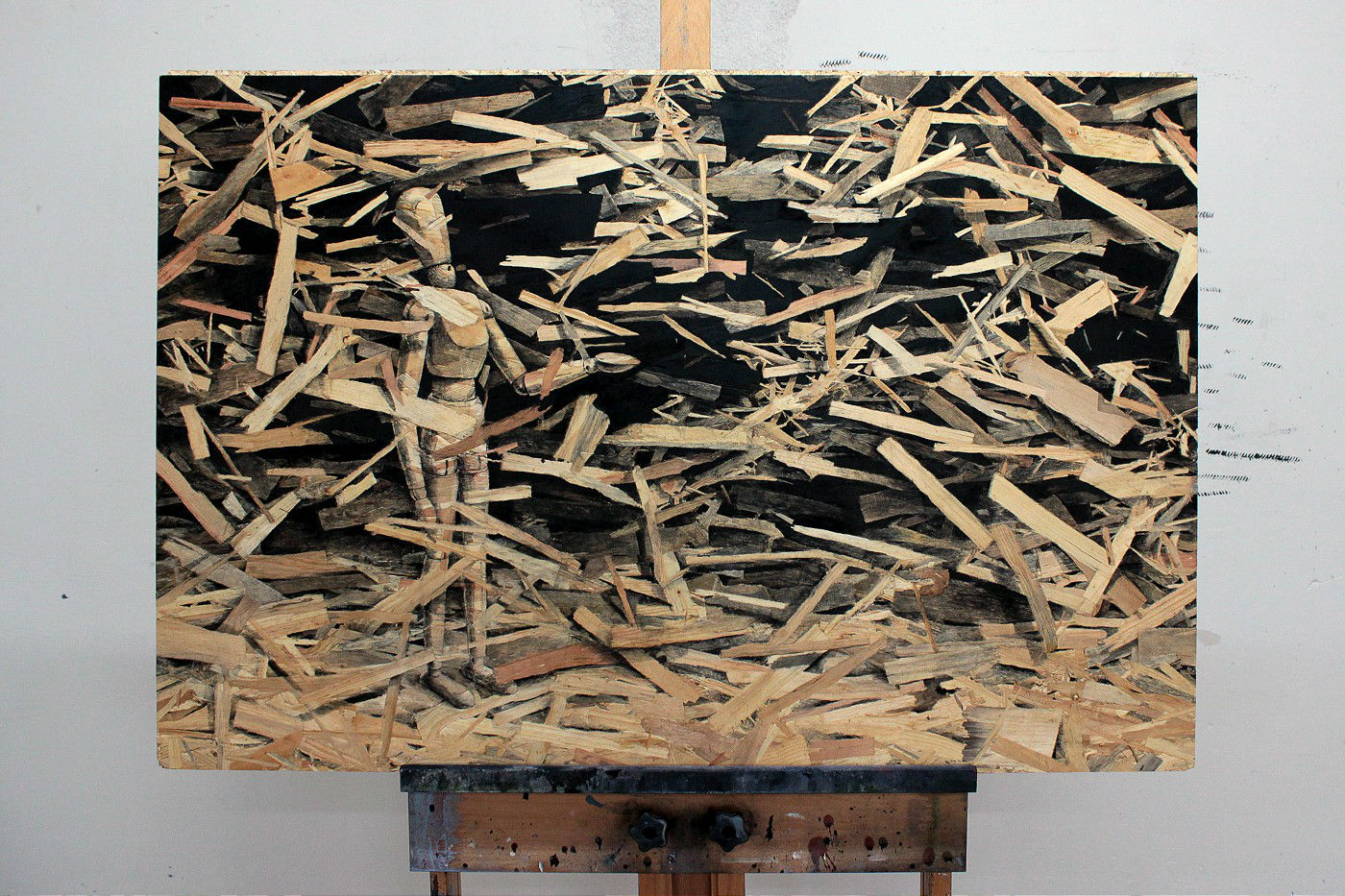 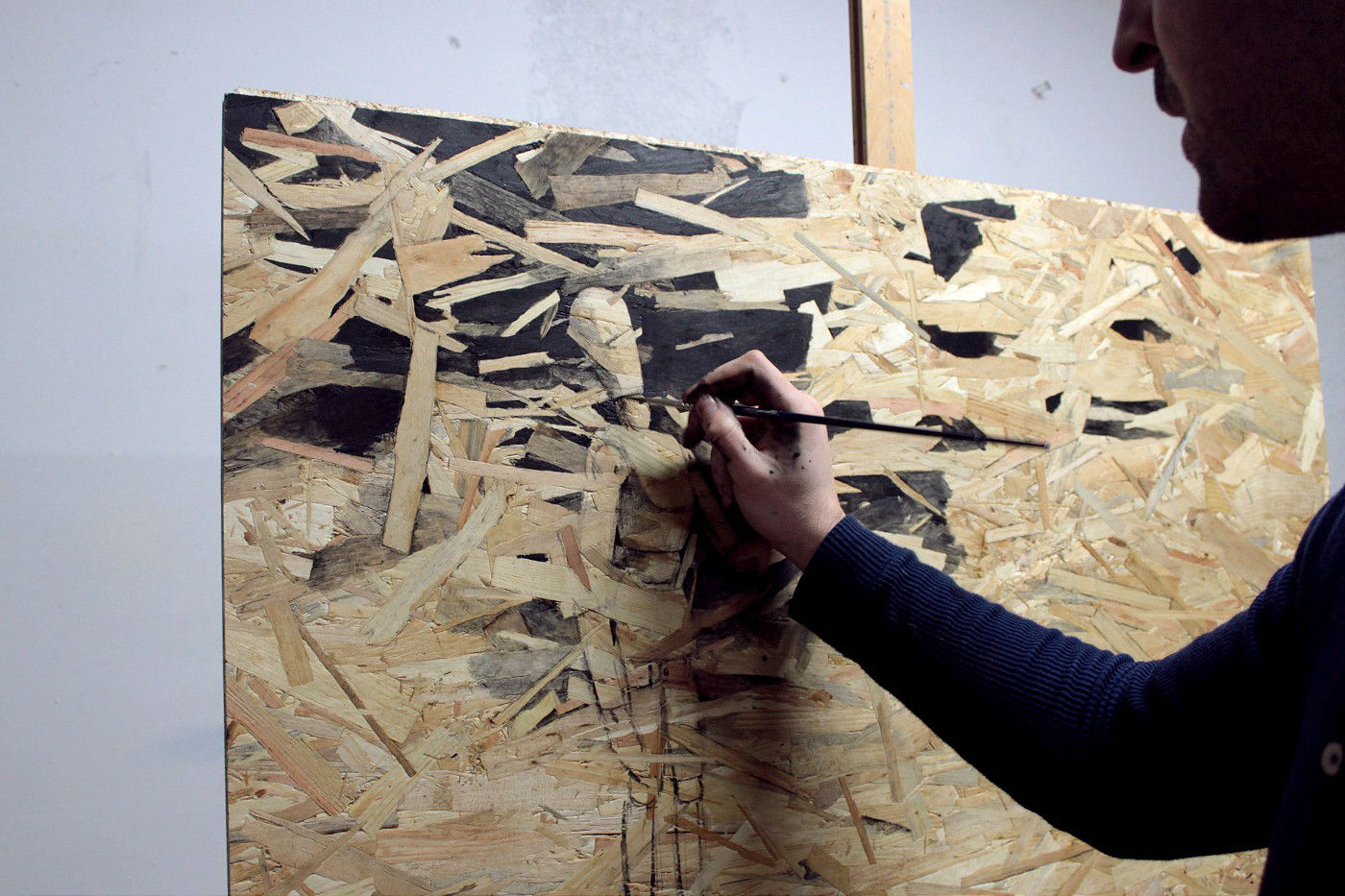 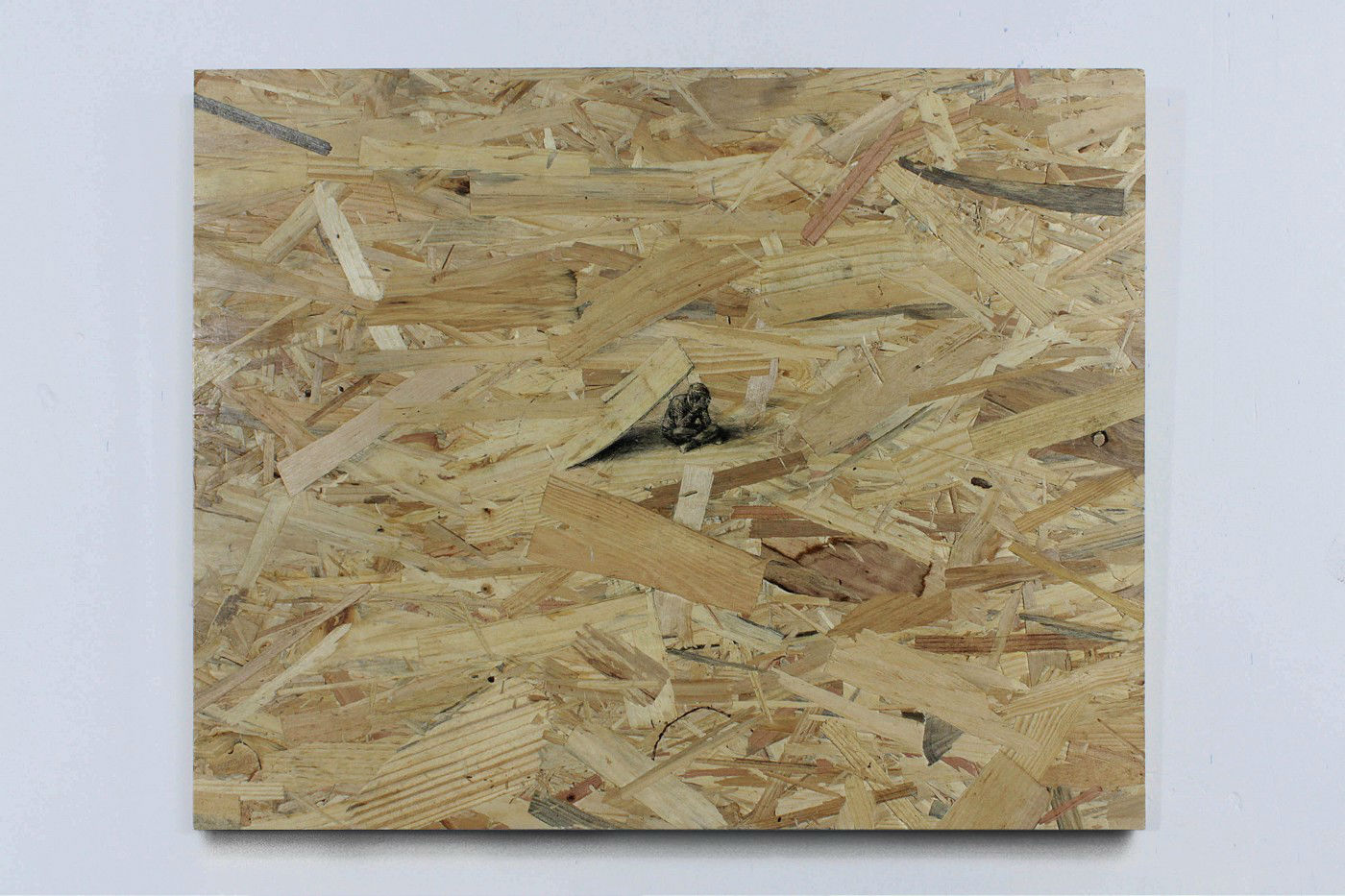 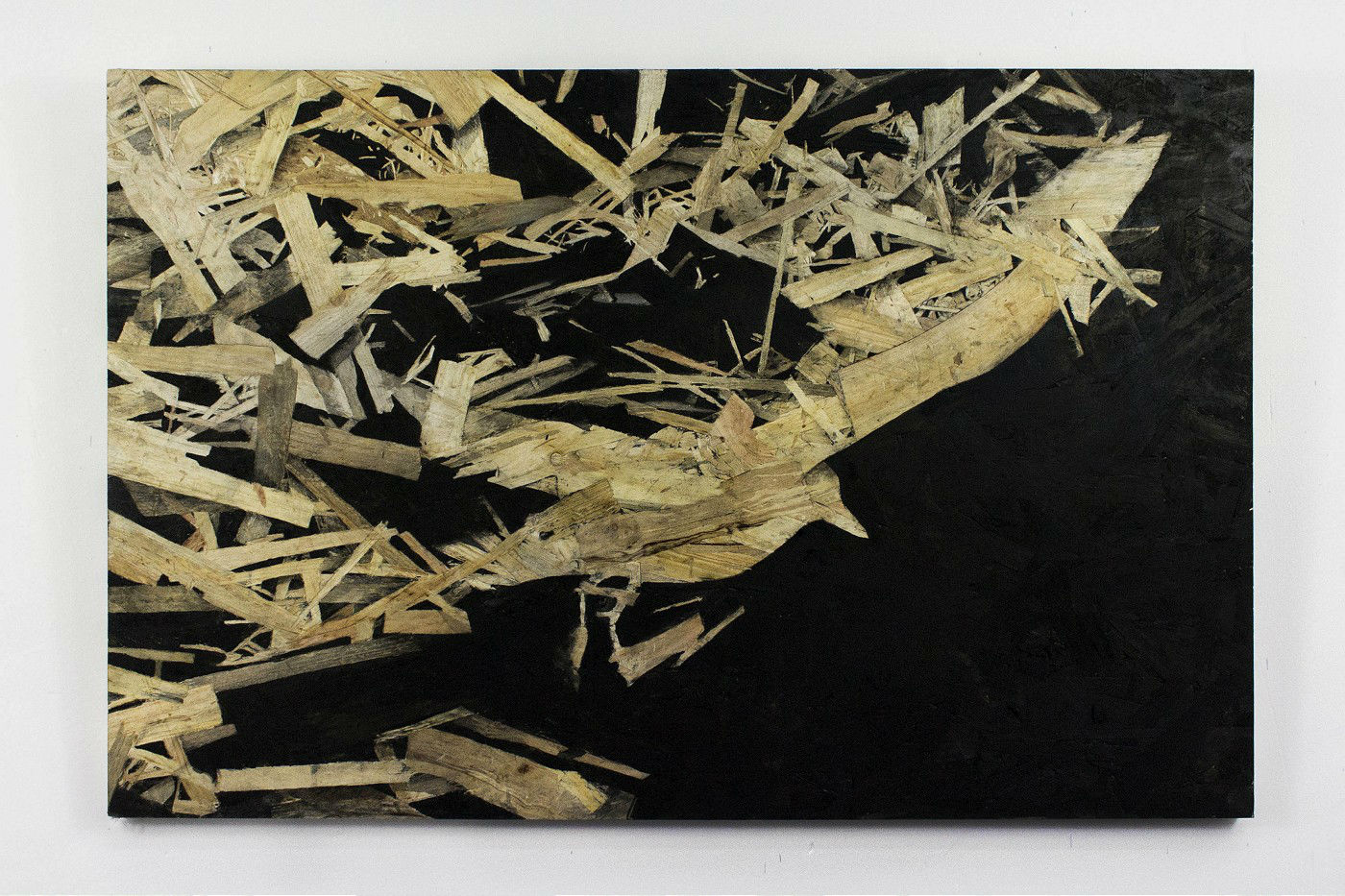 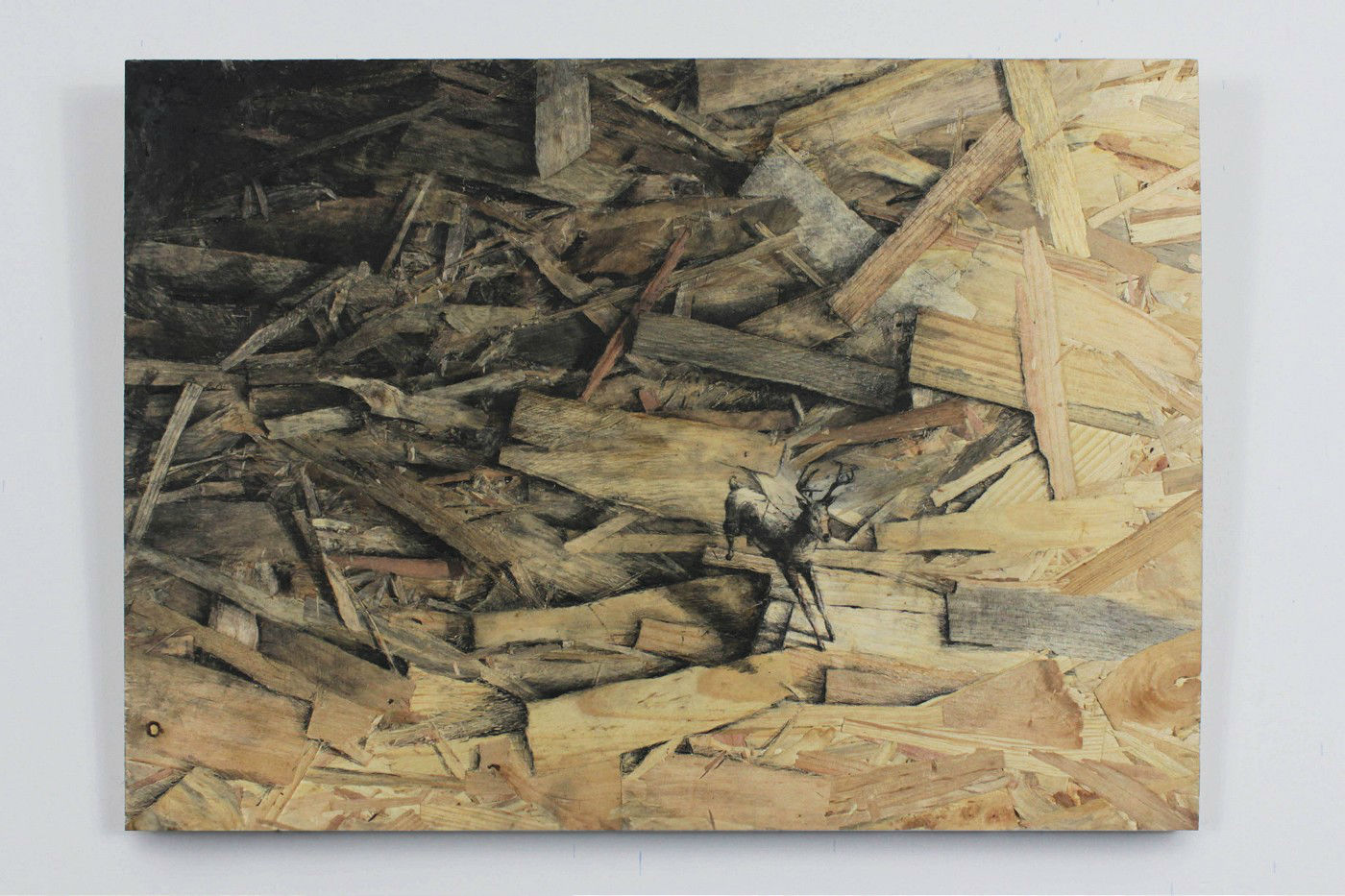 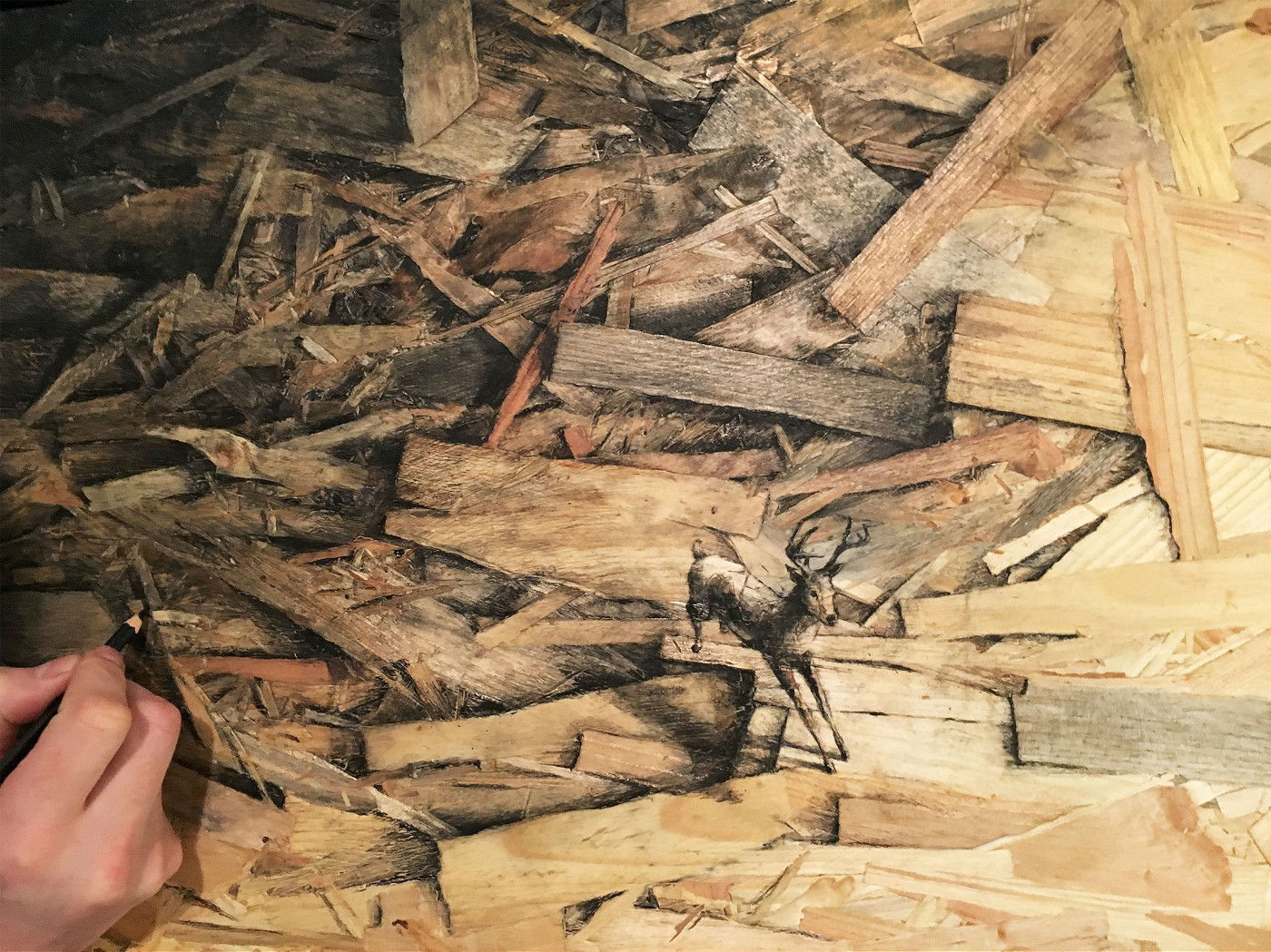 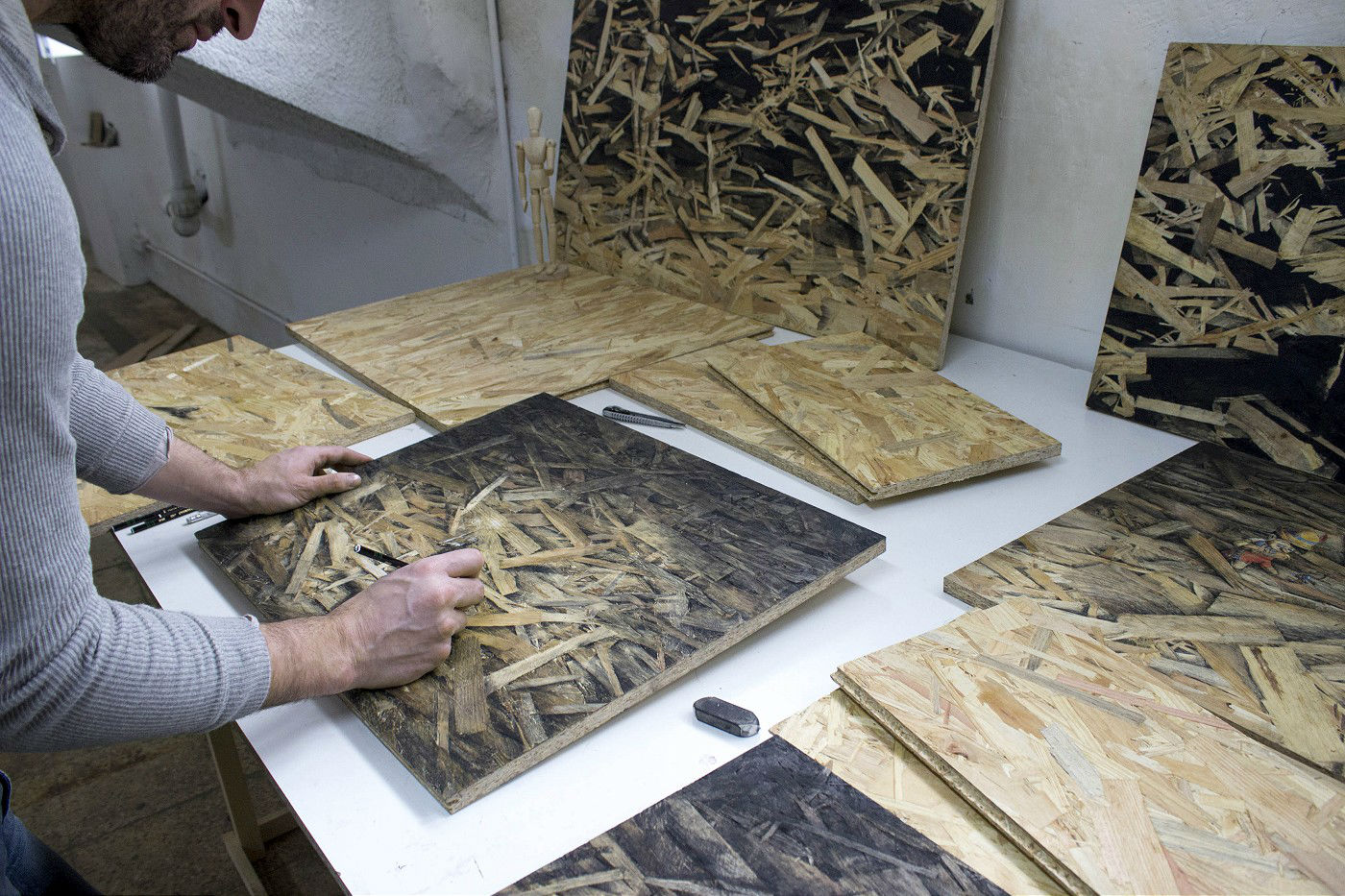 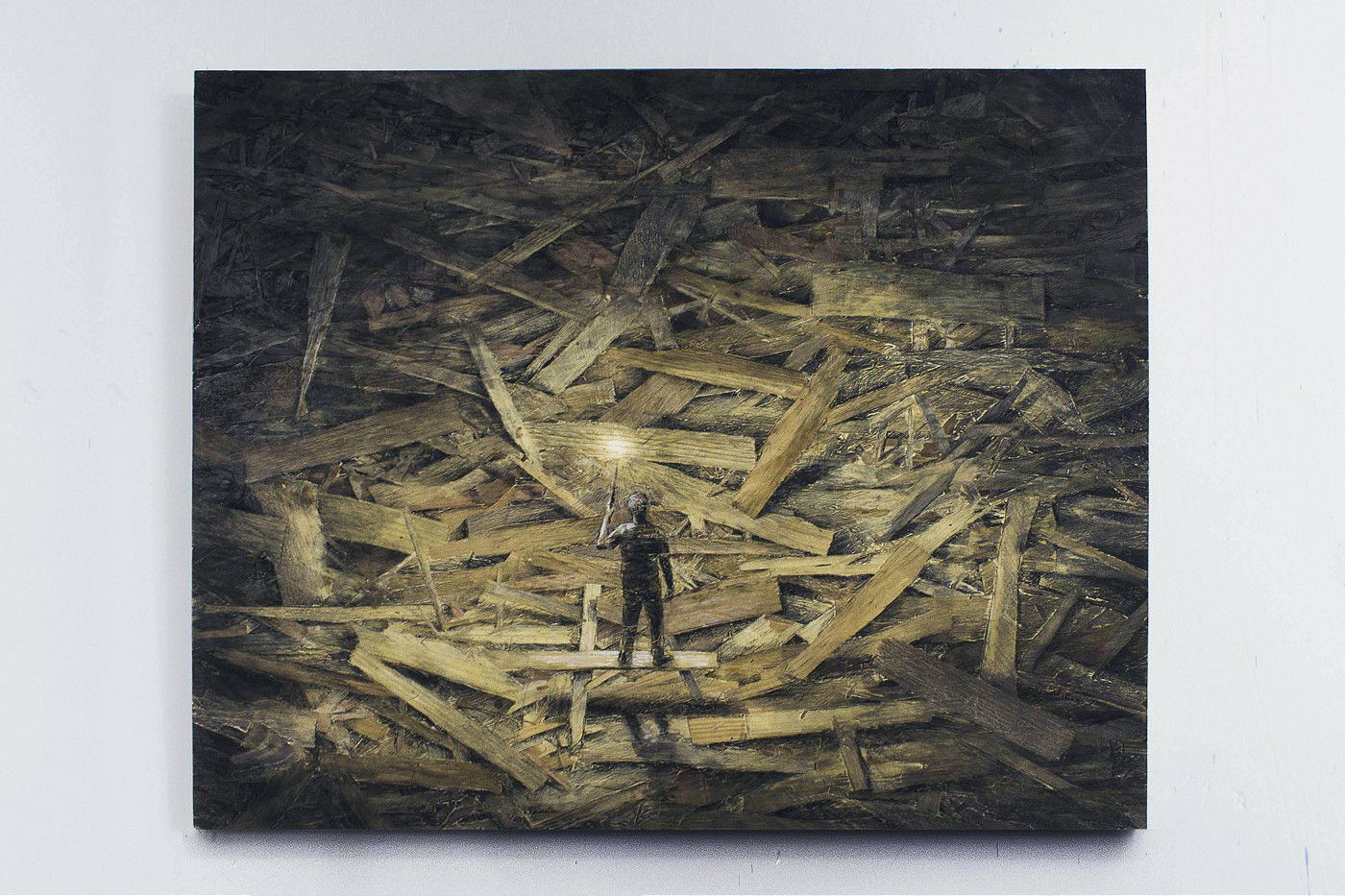 After keeping quiet for couple of months and taking a break after a successful London solo show and public interventions in Croatia, Pejac just revealed his latest body of work. "Redemption" is the name of a new series the artist created exclusively on pressed wooden panels, using the peculiar medium as fundamental part of the work.

Known for fresh and effective concepts in which he often incorporates elements of his surroundings as part of his image, both in public as well as on canvas or sculpture, the Spanish artist just introduced the latest of his original ideas. Using common, everyday object as the base, he has added an entirely new perspective to the quotidian material with minimal intervention. Using only pencil and ink, he managed to hide some of the existing elements as well as elevate others, creating an effective illusion of perspective within which he placed unexpected imagery. Addressing environmental issues, Pejac wanted to point out humankind’s arrogance in its relation with nature. The panels have a feeling of warmth but at the same time a sense of devastation. The artist wanted to emphasize this contradiction through his interventions. Announced as experimental pieces from the series, these examples are pretty firm indicator that the rest of this body of work will be exceptional. —Sasha Bogojev