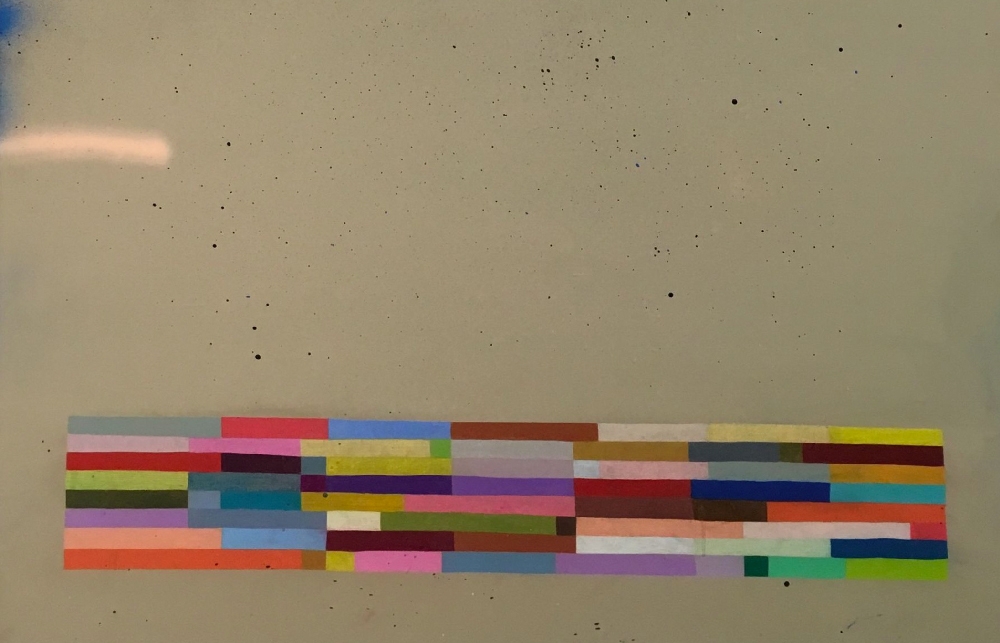 McCarthy is considered an integral member of the Mission School, a group of young San Francisco artists who were associated with the San Francisco Art Institute (SFAI) and who worked in and around the Mission District in the early 1990s.

On March 16th, 2016 Berggruen Gallery will present an exhibition of new paintings and works on paper by Alicia McCarthy.  Working at the intersection of craft/folk art and urban street and graffiti culture, this core group of artists cultivated an artistic practice that prized the handmade and the local in an increasingly technologized society. 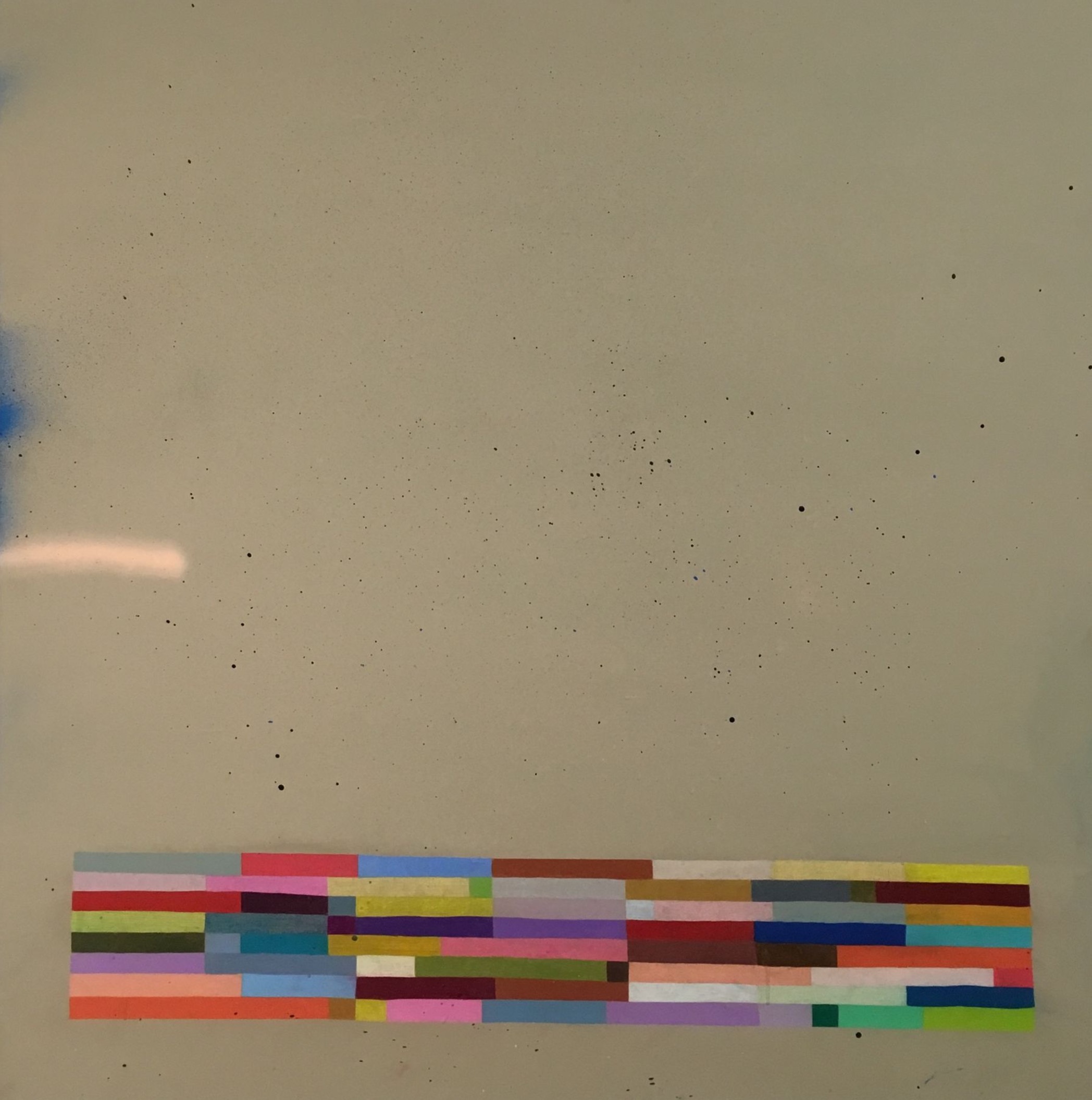 The weave pattern, a predominant motif in McCarthy’s work, however playful and seemingly simple is layered with complex formal and sociological meaning. The highly geometric and structured forms of her designs belie their subtle intimacy. The presence of the artist is unmistakable and manifests in such physical markings as doodles, handwritten notes, water-stained rings left by mugs or cups, or even McCarthy’s own painted fingerprint or the sole of her shoe. These “autographs” imbue each painting with a deeply personal quality. The uniqueness of each mark also serves to enhance the overall formal composition of the painting, providing visual intrigue in the form of small splatters or stains of color. McCarthy’s drawings in particular, often created using scrap or recycled construction paper, exploit the imperfections of her materials. For example, the discoloration of a pink sheet of paper, the edges of which have faded to orange over the course of time, is utilized by McCarthy as the base for a weave drawing in blue colored pencil. The effect is mesmerizing—a simple sheet of blemished paper is transformed into a vibrating rainbow of formal intricacy. 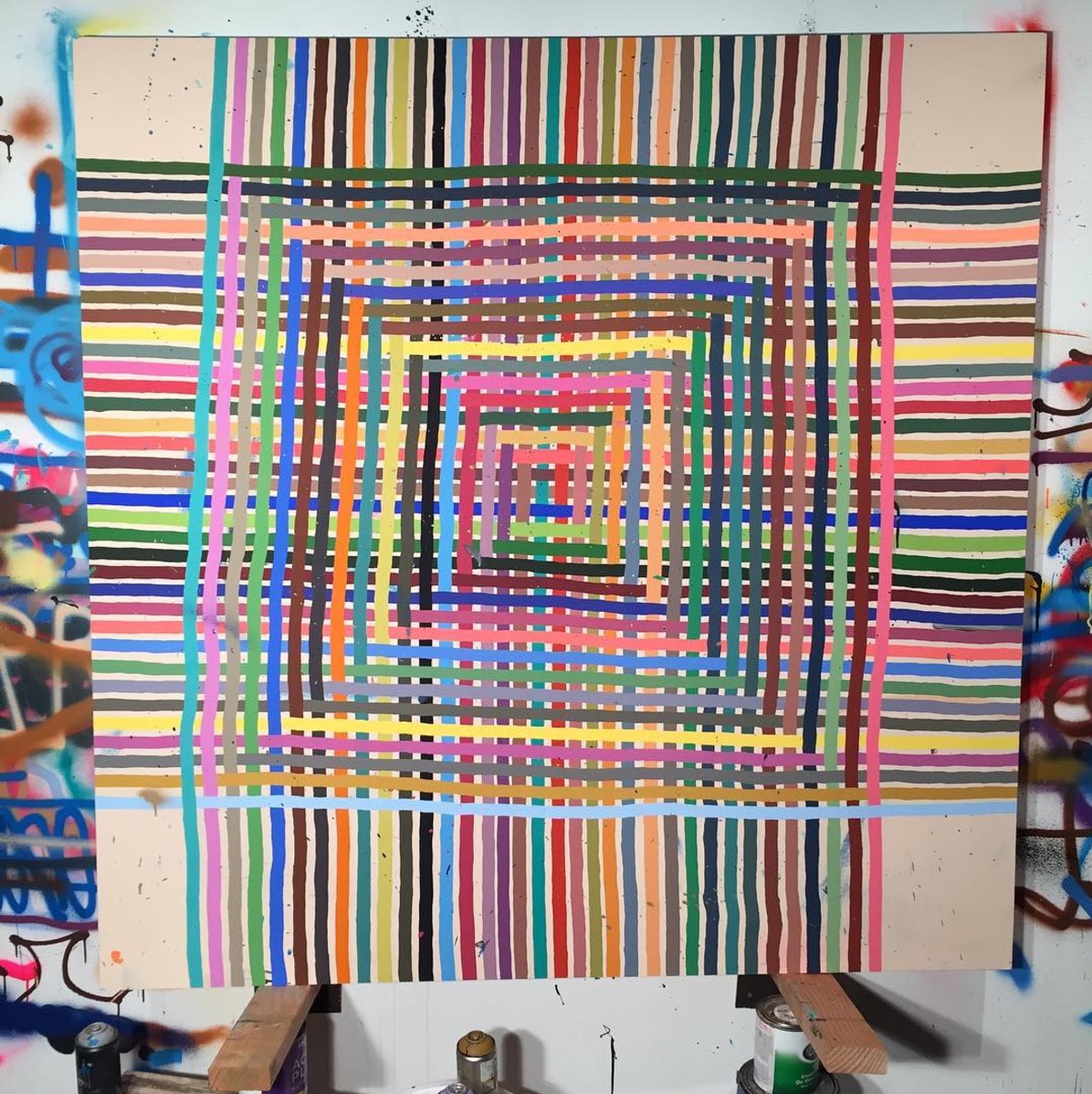 The weave motif is but one example among the many different bodies of McCarthy’s work on view in the exhibition. Her spectrum drawings appear as prismatic explosions of colored bands radiating from a single origin point. The basic structure of McCarthy’s weave and spectrum compositions naturally elicits a conversation between colors at the boundaries where they intersect. Arguably, McCarthy’s work is a new iteration in the legacy of color theory as espoused by such art historical titans as Josef Albers and Michel Eugène Chevreul. Though the artist maintains that she has no formal background in color theory, her work nonetheless suggests a close relationship to this oft-discussed theme. Color theorists such as Albers have long investigated a certain phenomenon in visual perception wherein colors, when observed adjacently, influence one another. Albers in the introduction to his 1963 treatise, Interaction of Color, writes: “In visual perception a color is almost never seen as it really is—as it physically is. This fact makes color the most relative medium in art. In order to use color effectively it is necessary to recognize that color deceives continually.” Albers, known for foregrounding discussion of the active role of the brain in the perception of color, finds a kindred spirit in McCarthy. The social connotation of her weave and spectrum designs is also noted by the artist. Her colors, like individuals, influence each other and together combine to form something greater. In McCarthy’s work, abstract form becomes a metaphor for belief.