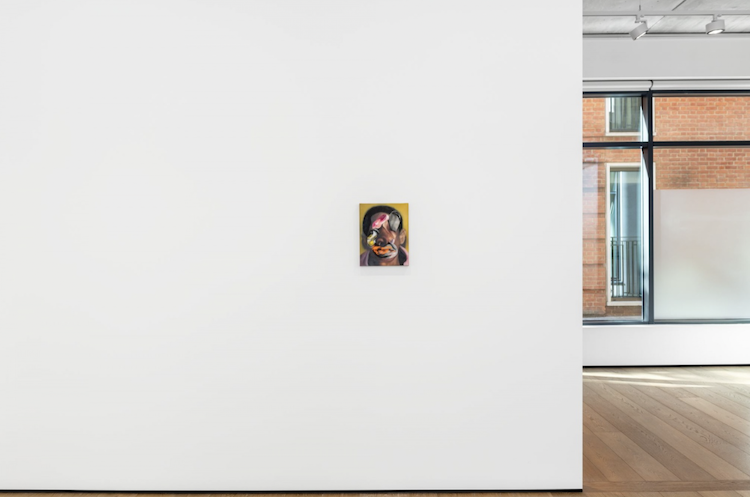 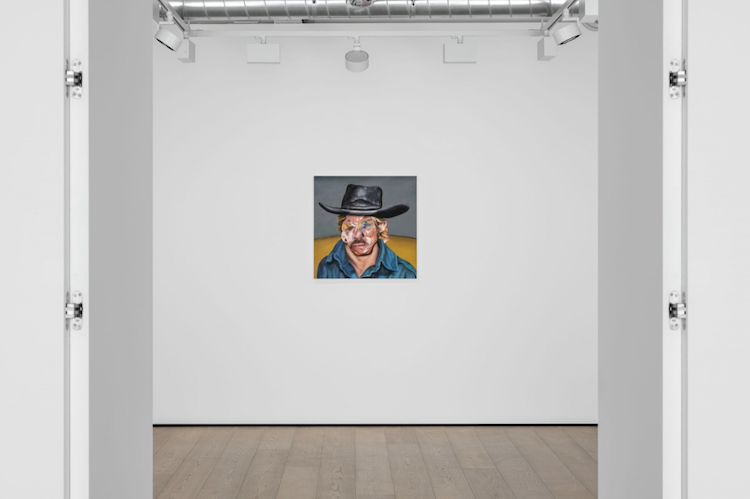 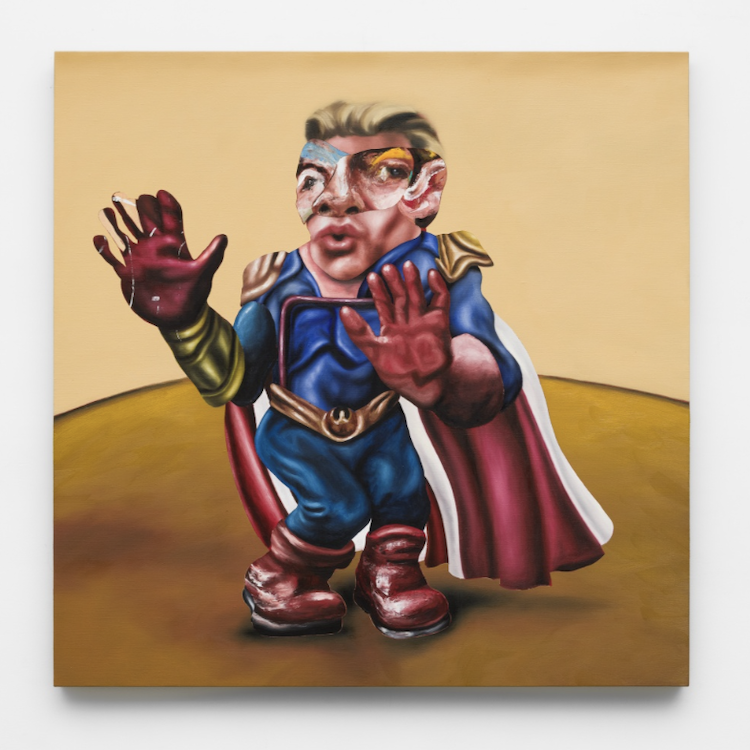 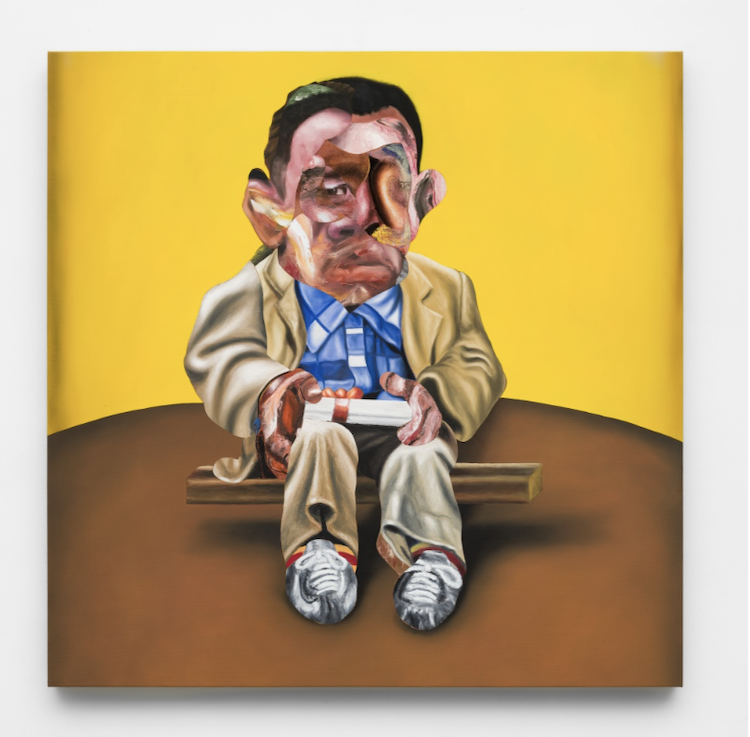 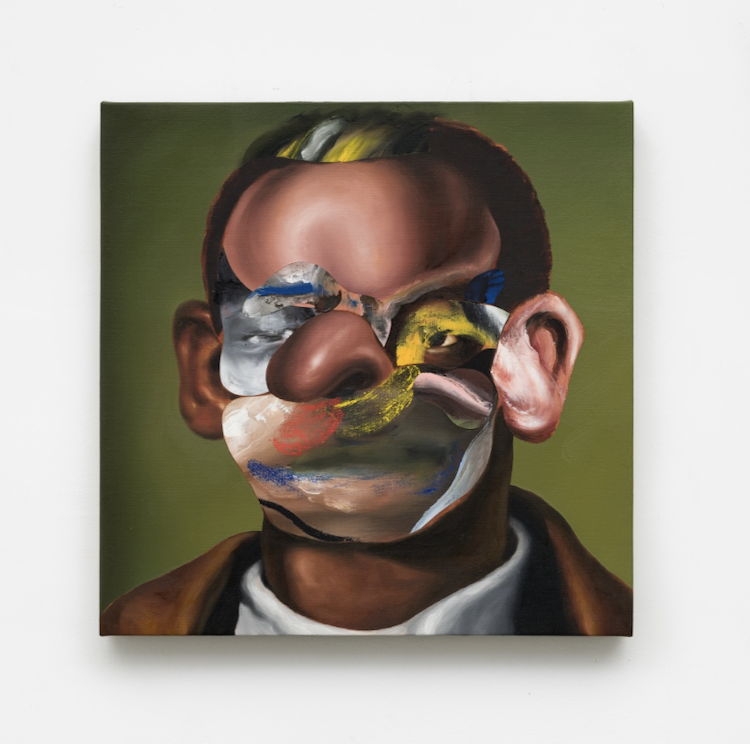 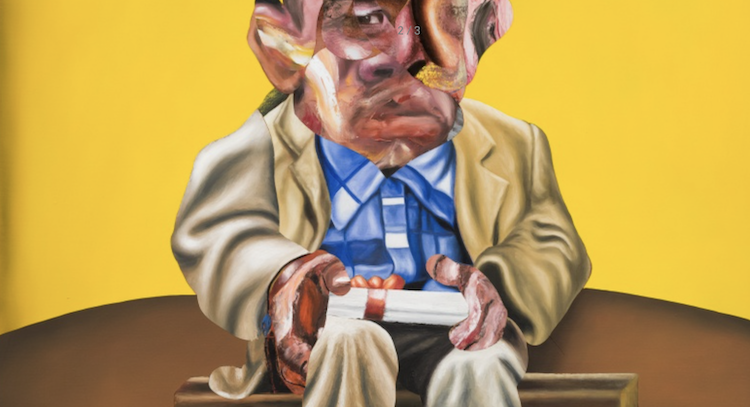 This new body of work presented at Almine Rech London consisting mostly of paintings on linen canvas reflects my enduring love for movies and in particular, memorable scenes that resonate with me. It is also influenced by the seemingly “thematic nature” of social media, and more specifically the tales or narratives discussed and dissected on Instagram and YouTube. The process carried out is not defined by consciously duplicating any given scene or narrative but instead is governed by a present, subconscious, and visceral response to visions that reflect memories and ideas as they unfold in the very making of each piece, allowing for further discovery.

Within the general context of my current studio practice, and related to processes of painting and drawing, I have been deeply informed by the Francis Bacon exhibition at The Royal Academy of Art in London this past April which left an indelible mark on me. It was my first time seeing so many of his paintings and I was brought to tears.

Further motivation (or perhaps a personal conviction) resides with my wife’s ardent pursuit of a film and television career as a writer and actress. My involvement in her world has significantly grown, giving rise to a newfound discovery of film, television, and, of course, the ever-evolving landscape of social media. — Nathaniel Mary Quinn