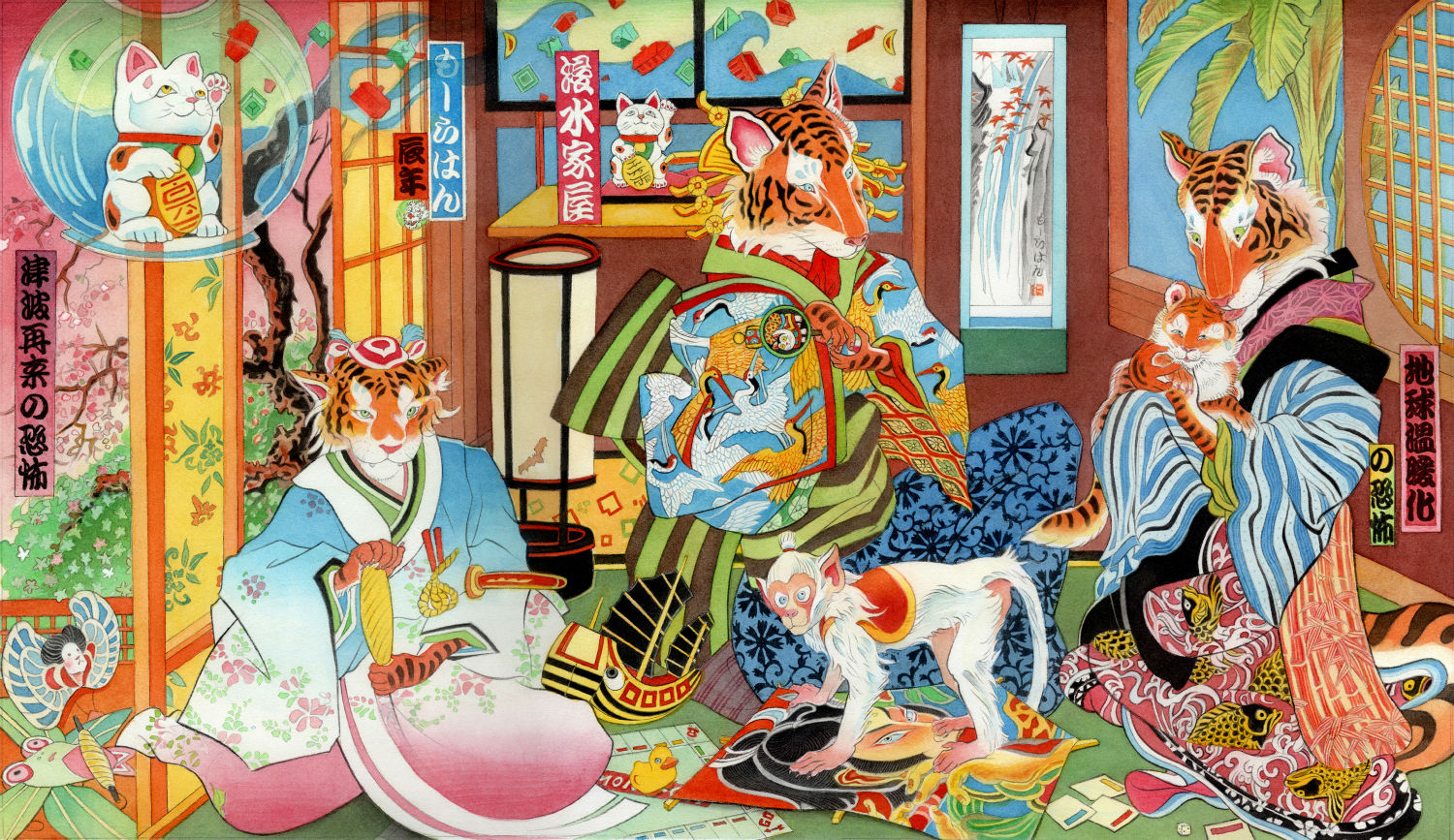 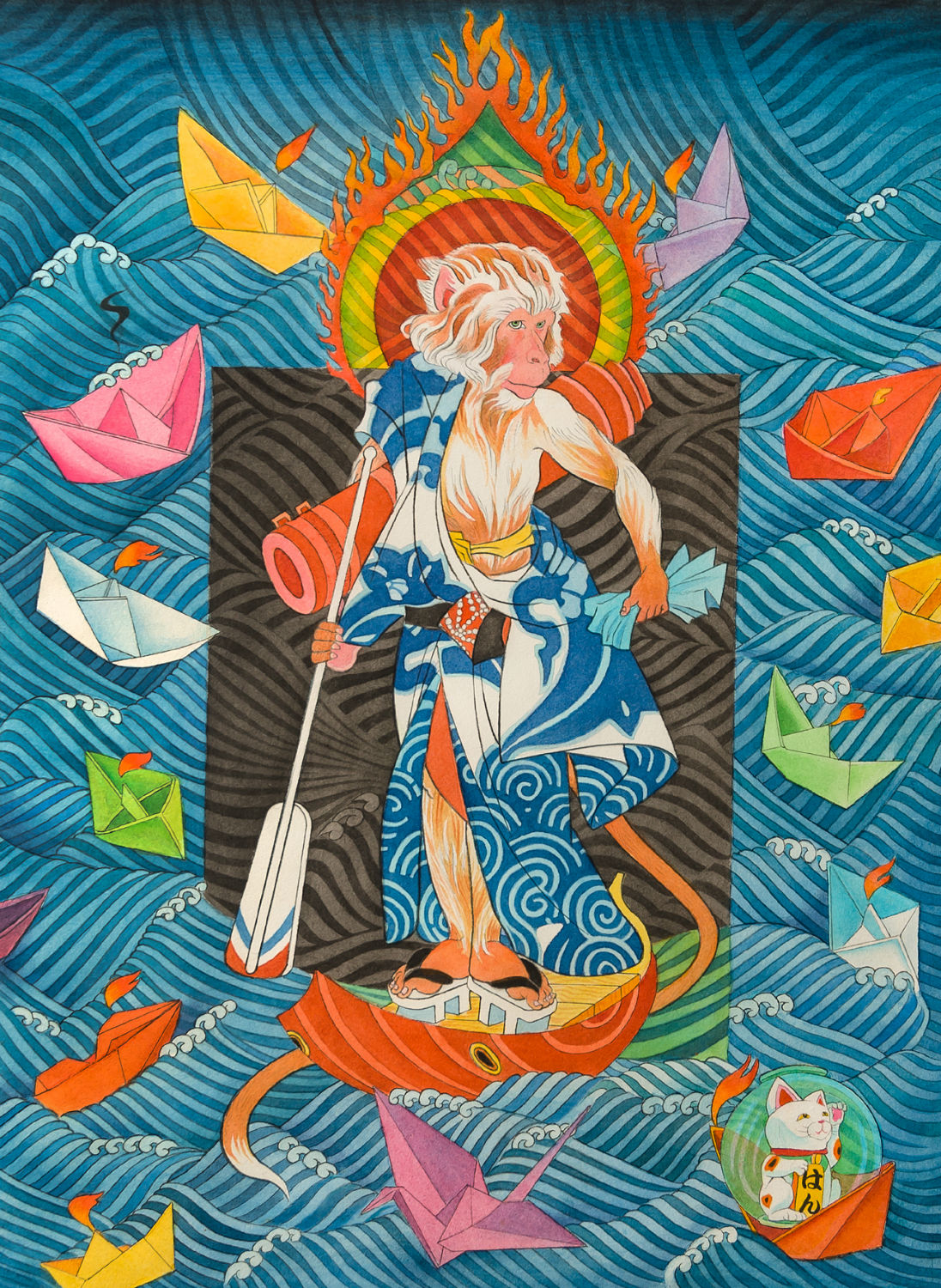 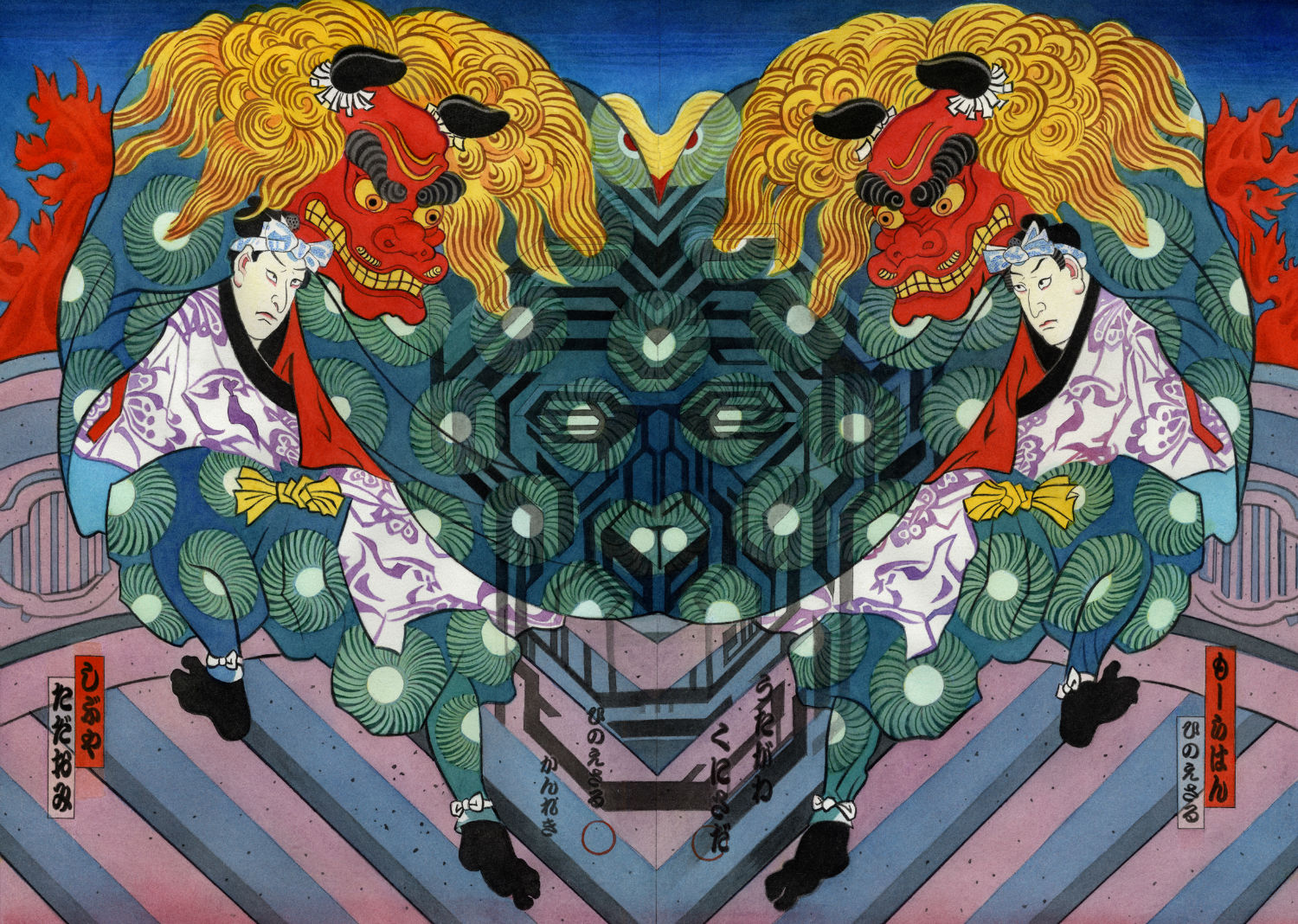 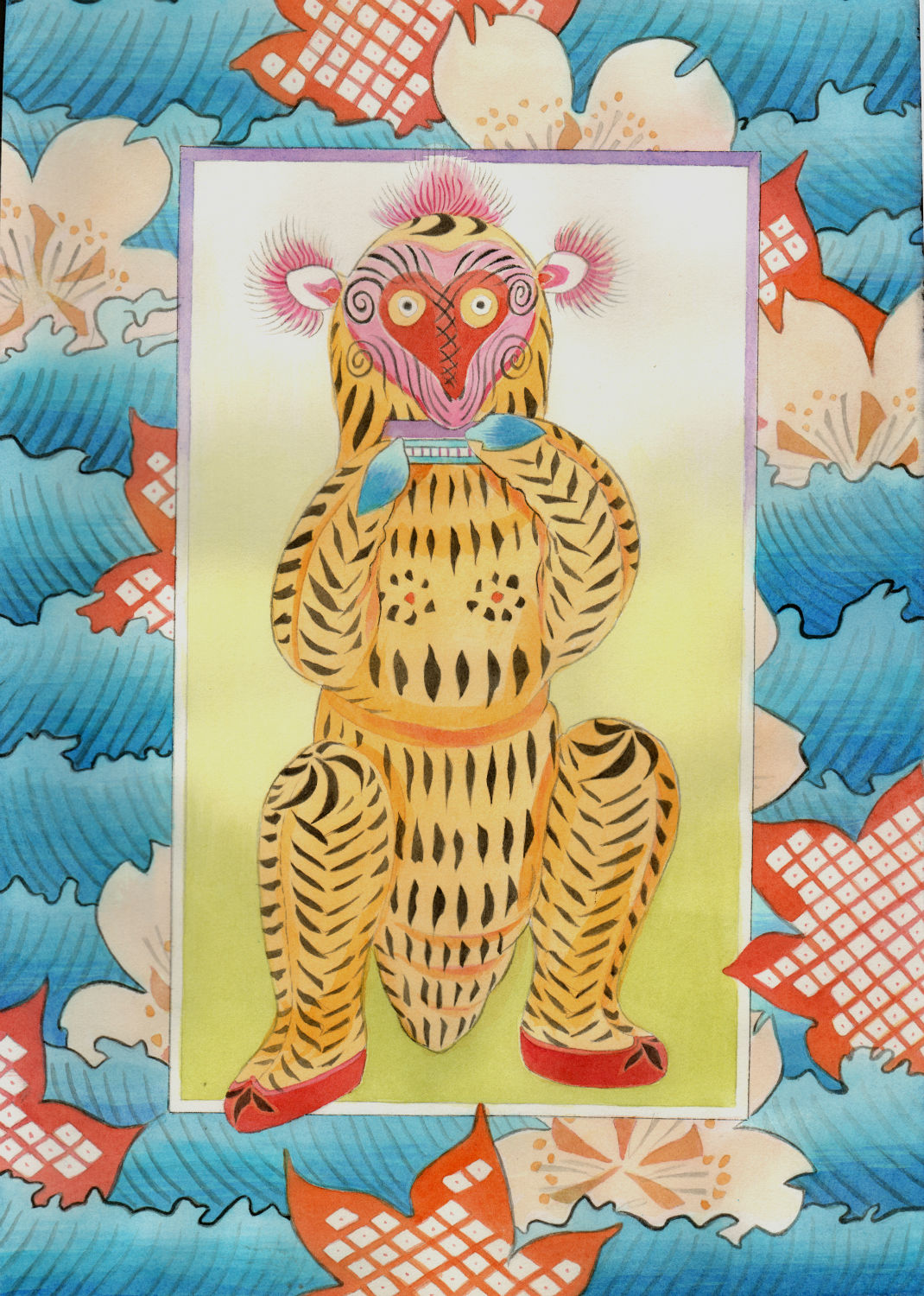 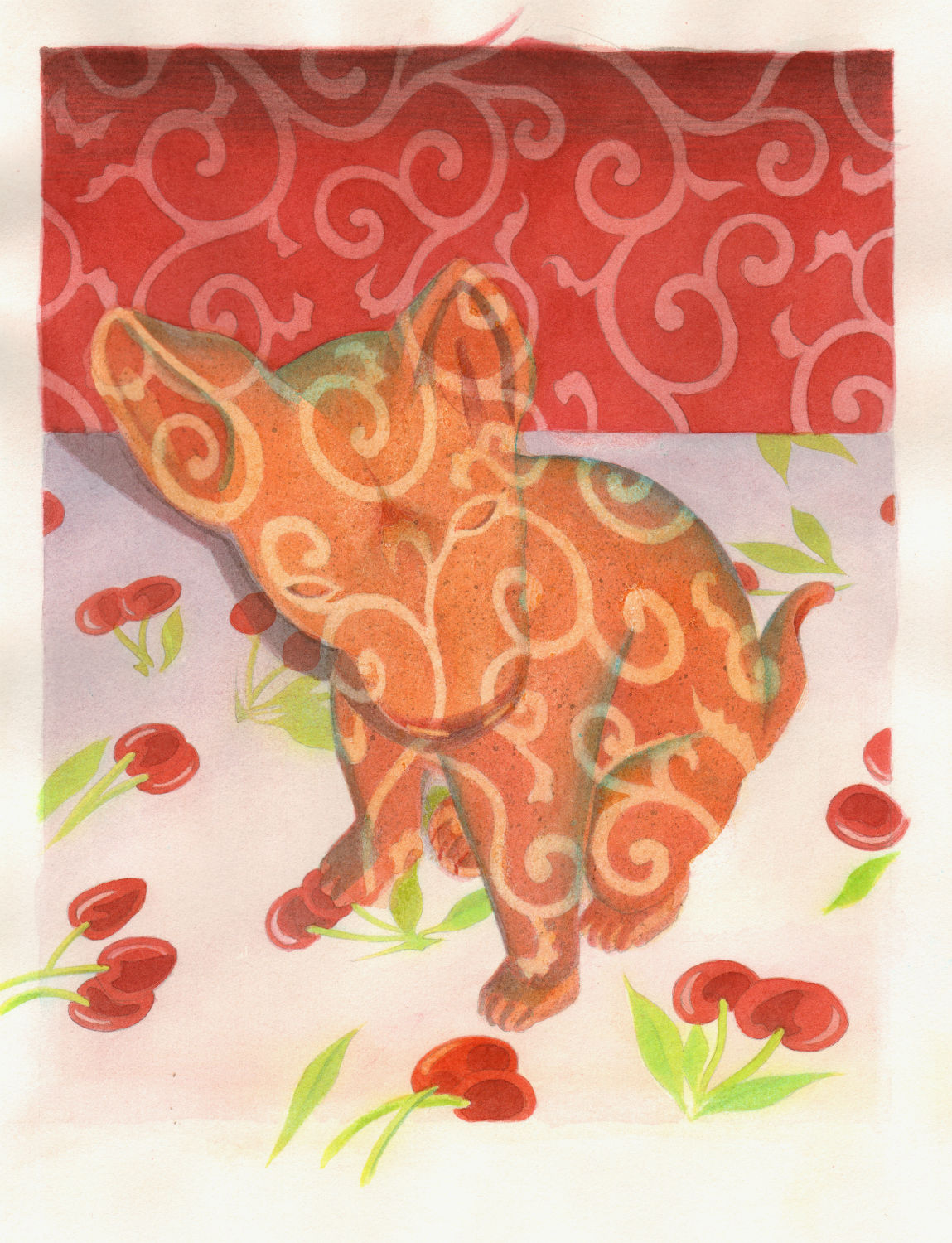 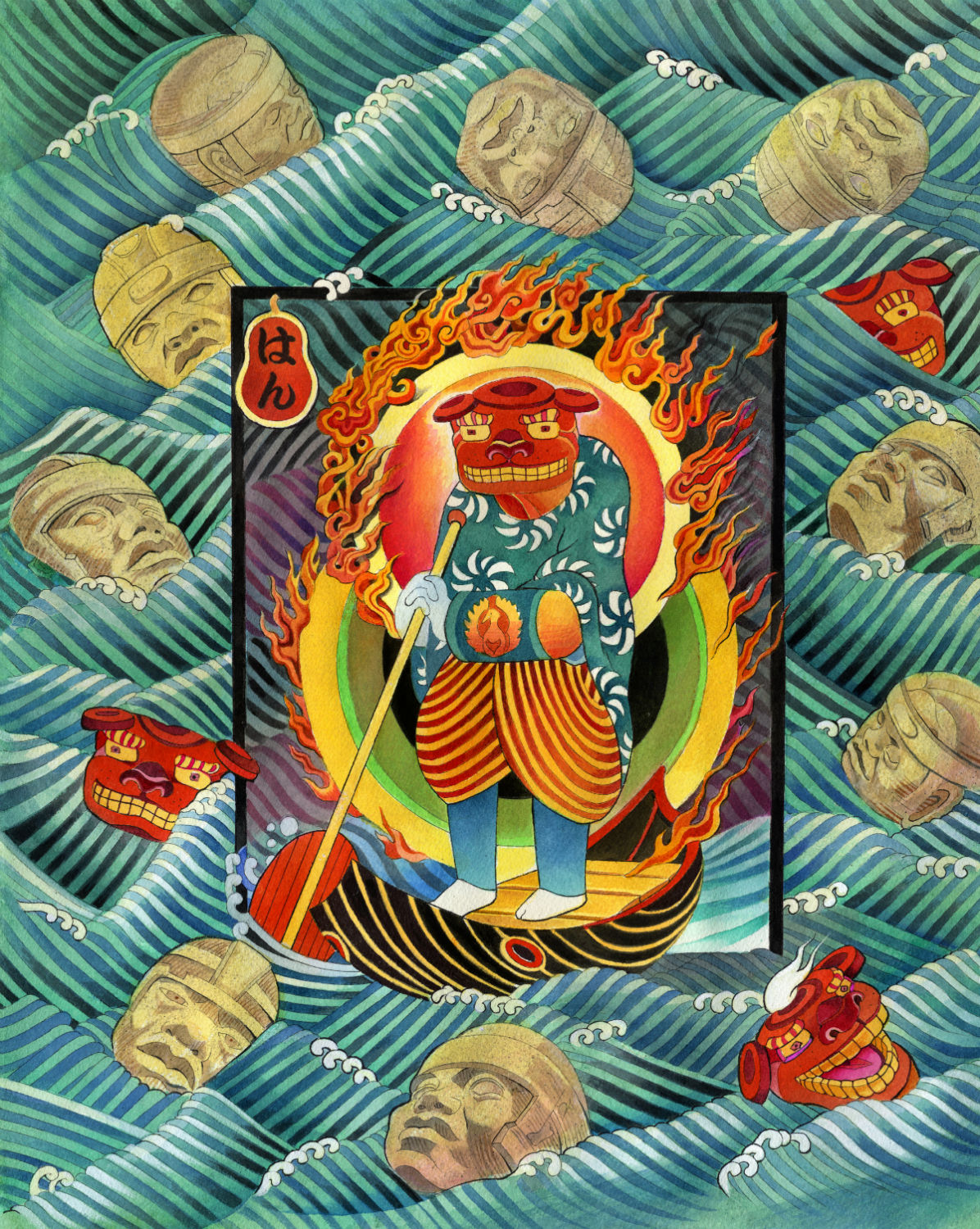 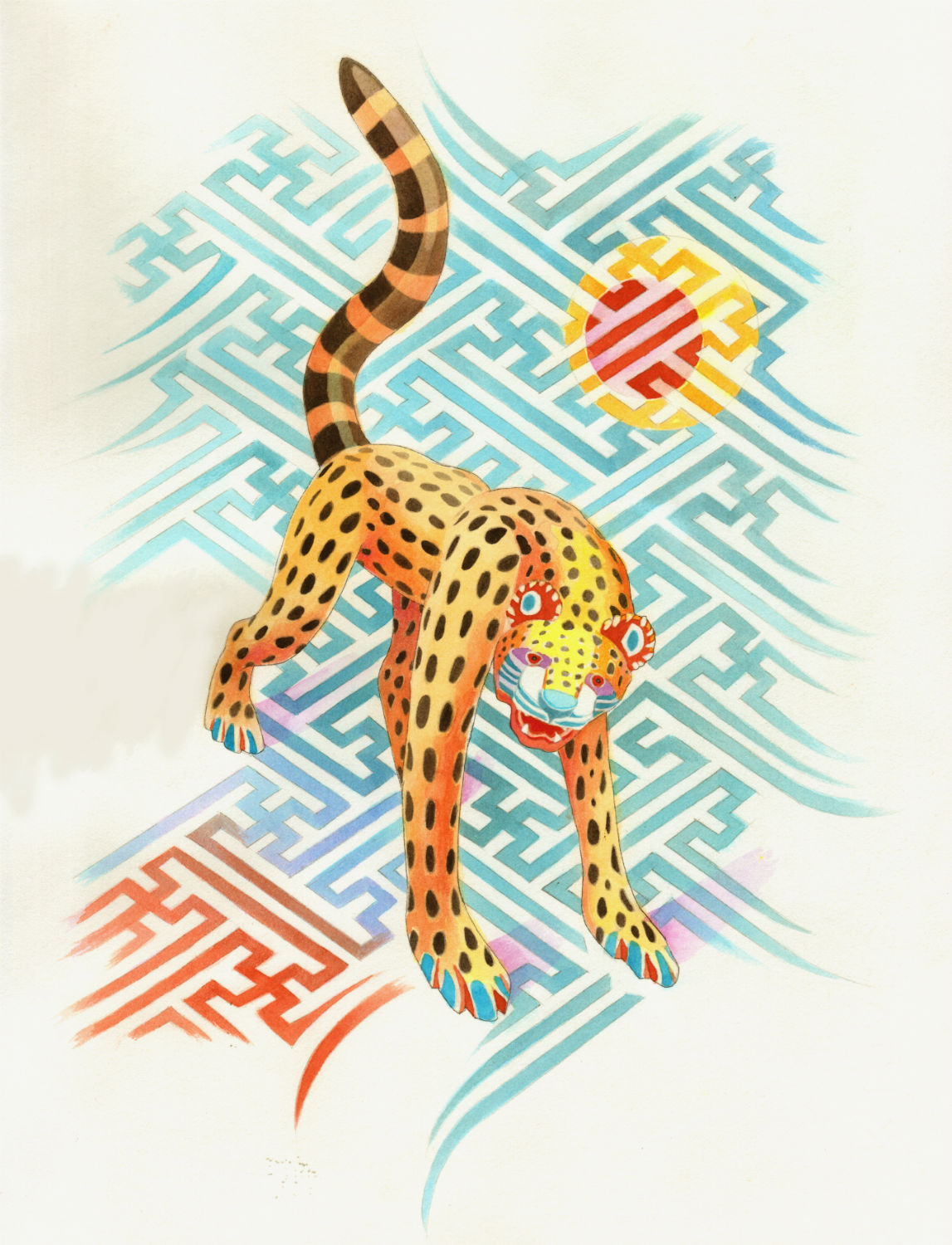 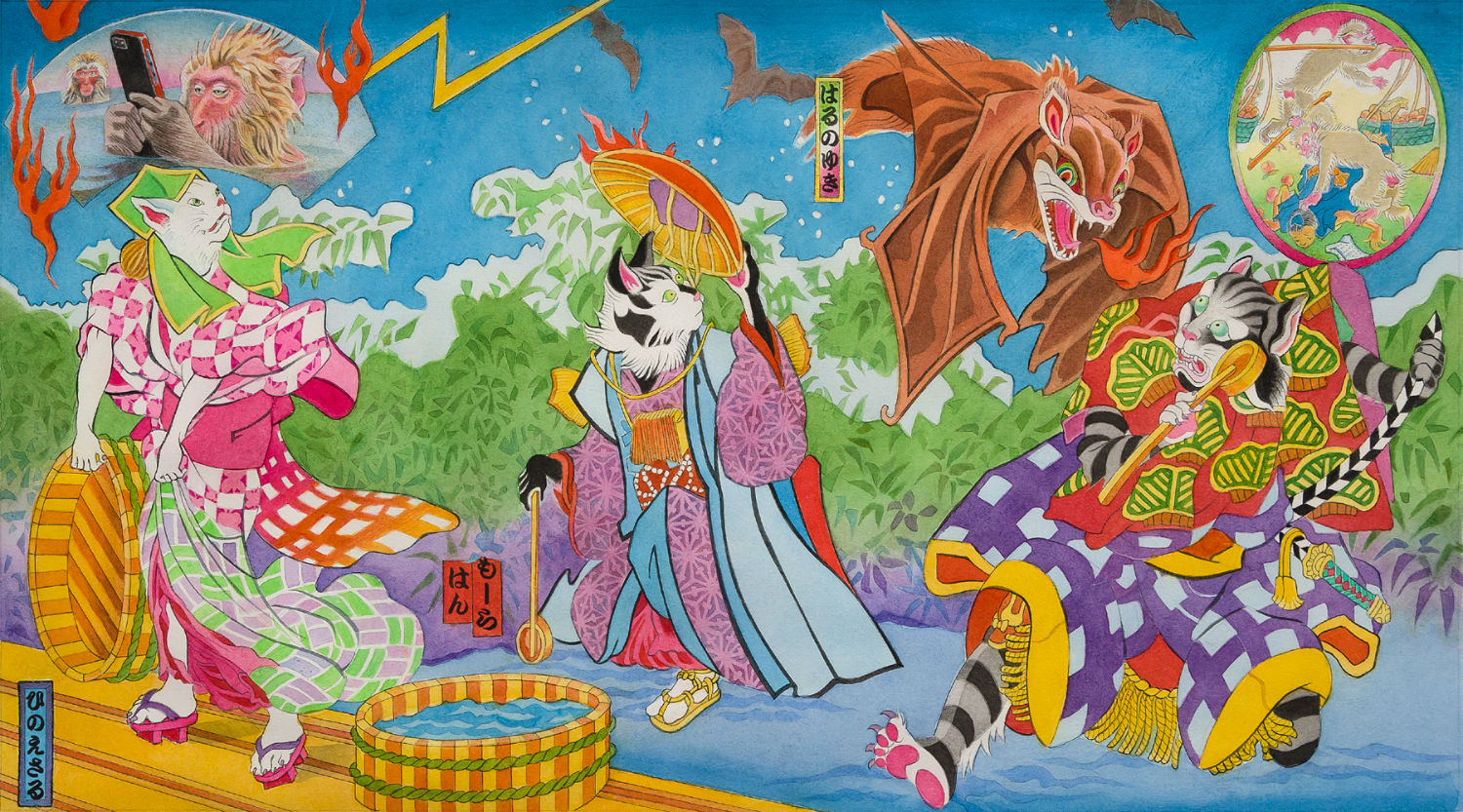 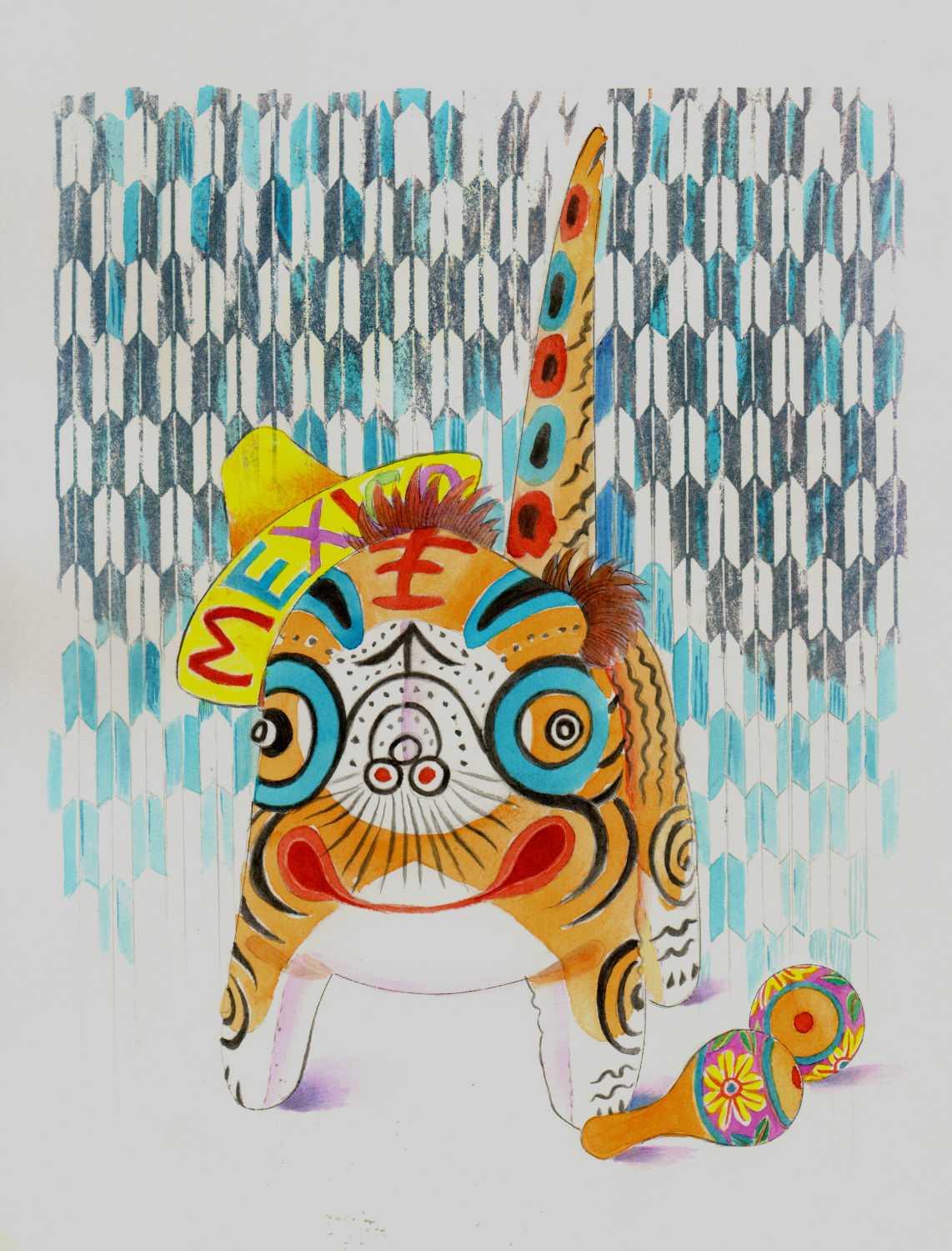 “Night of 1000 Fire Monkeys” at Gregorio Escalante Gallery features Moira Hahn’s collection of exquisitely rendered anthropomorphic animal characters in a vibrant celebration of the Year of the Fire Monkey. In an East-meets-West-meets-South-of-the-Border psychedelic apparition, we find a menagerie of colorful creatures celebrating the New Year together in an abundance of dramatic situations. There are, of course, monkeys – as well as tigers, parrots, dogs, squirrels, bees, mice, and cats, among others – engaged in the fun.

Hahn’s education includes a BFA degree from The Maryland Institute College of Art in Baltimore, Maryland and additional studies at the California College of Arts and Crafts (now California College of the Arts) in Oakland, California. She studied film graphics and experimental animation at CalArts in Valencia, CA, and later earned an MFA in Fine Art at California State University, Fullerton (2000). She worked in the animation industry and illustrated books and magazines for The Pushpin Group in New York. She also studied Japanese art in Hawaii and Japan for several years, and later taught art at several colleges and universities in Southern California. Additionally, Hahn is an award-winning illustrator whose work has appeared in Time (cover), Cosmopolitan and the New Yorker.

“Merging the elaborate workmanship of Japanese Ukiyo-e prints, a cast of characters out of Animal Planet, and a color sense that makes Op Art seem bland, Moira Hahn crafts paintings that are very much her own. Her watercolors create intricate narrative scenarios of raging warriors, in the style of 18th and 19th Century Ukiyo-e prints: what the Japanese called “pictures of the floating world.” However in the floating world of Hahn’s pictorial imaginings the creatures that do battle are animals: cats, birds, and apes for the most part, usually with human limbs (and an occasional rampaging Godzilla thrown in for good measure).” – George Melrod, Art Ltd. Magazine