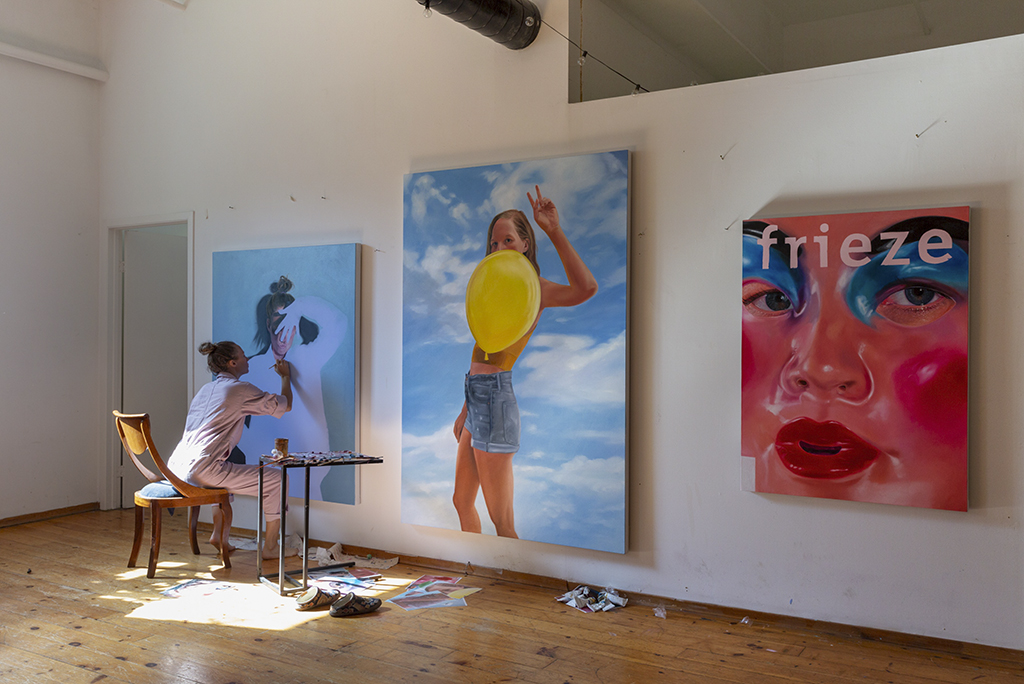 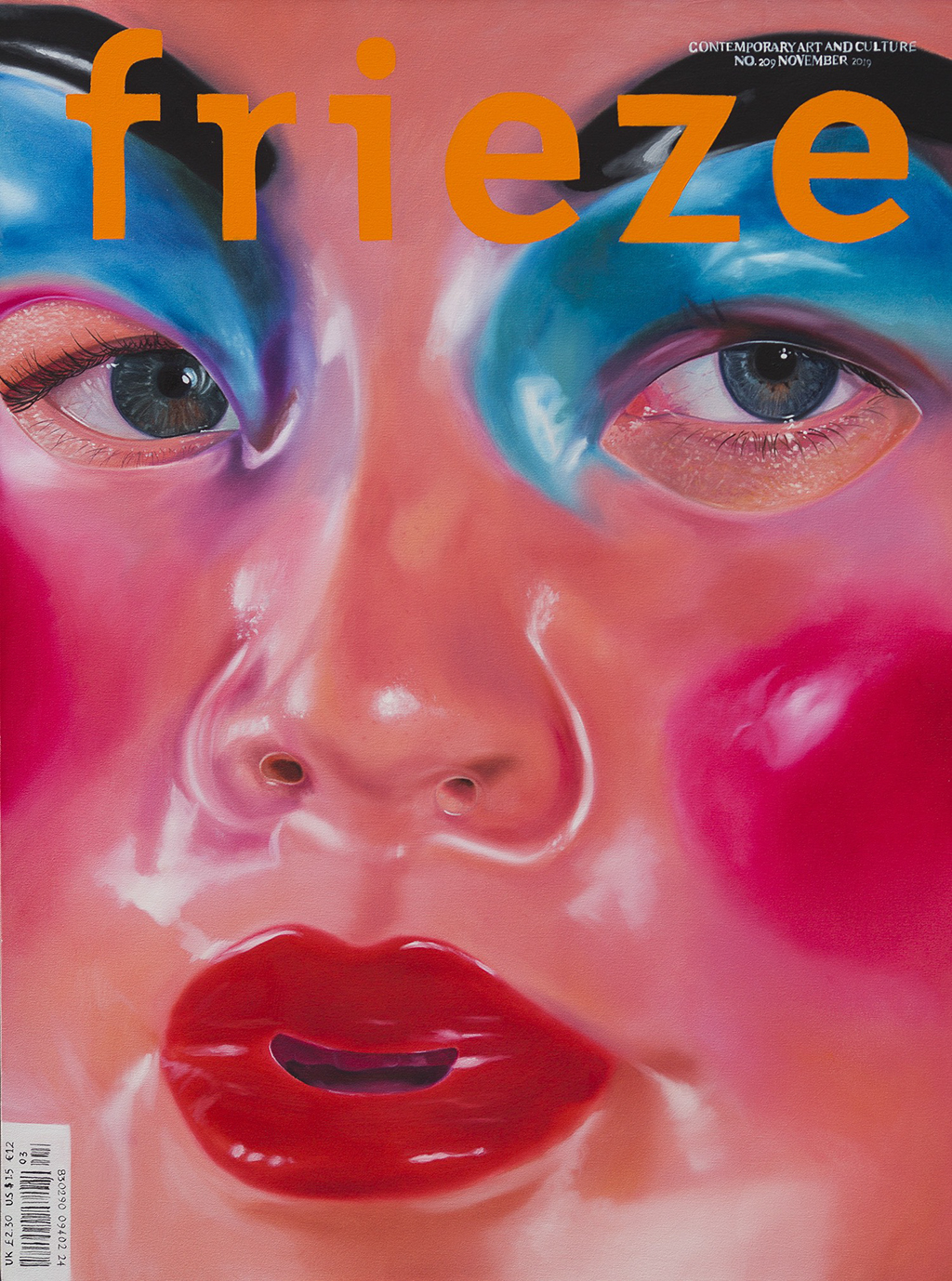 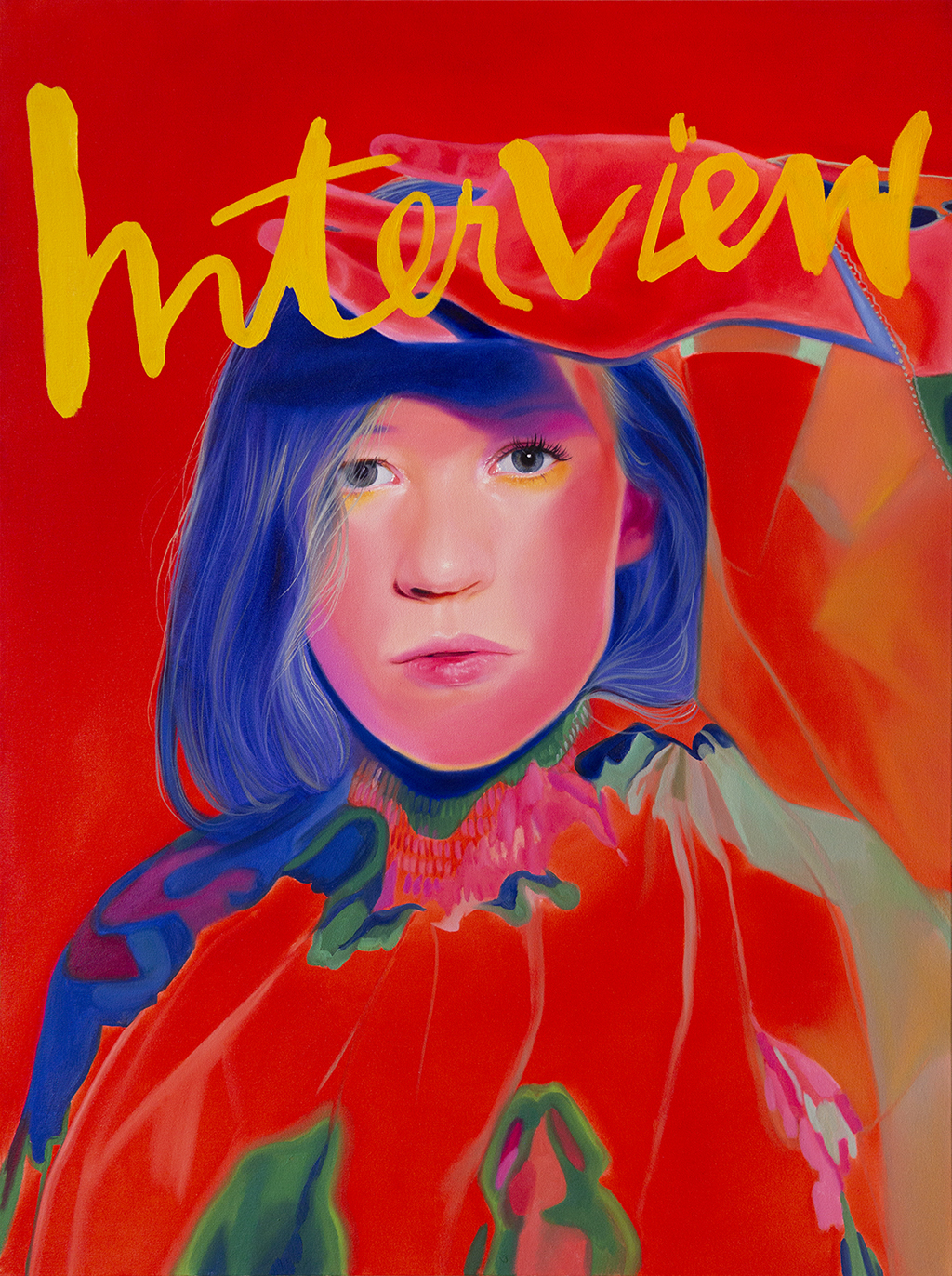 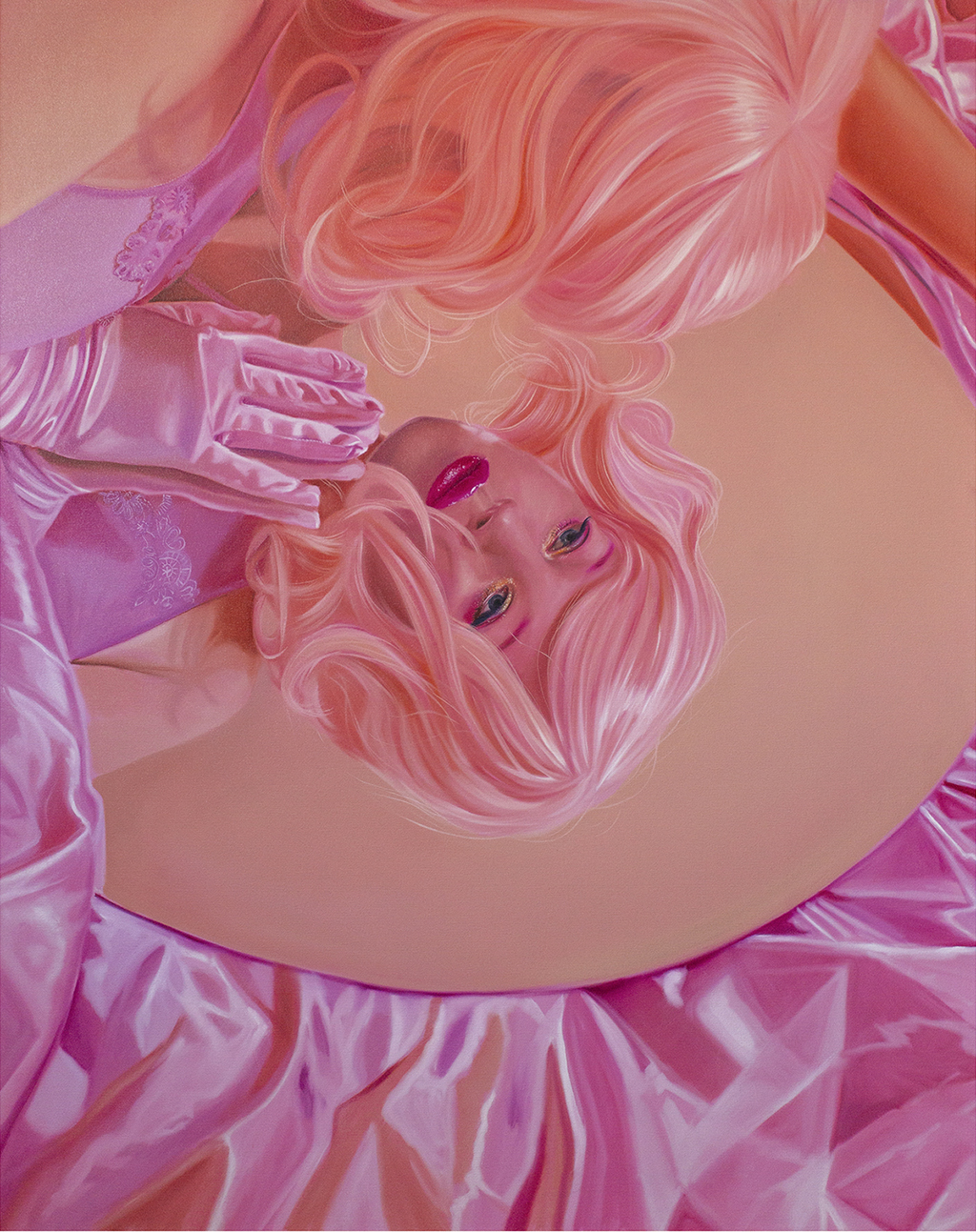 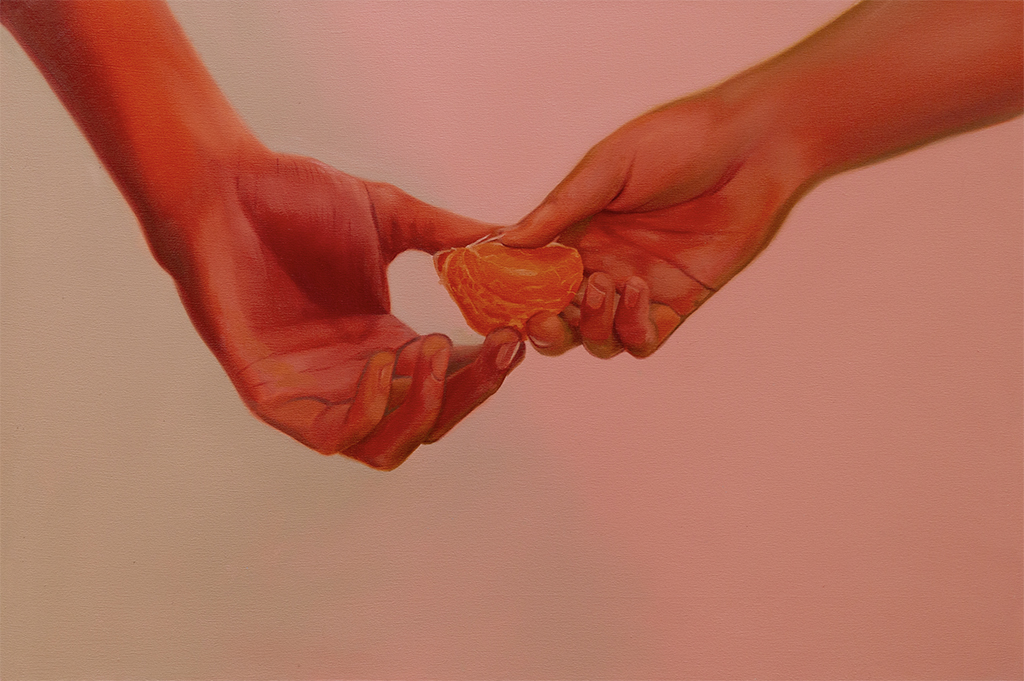 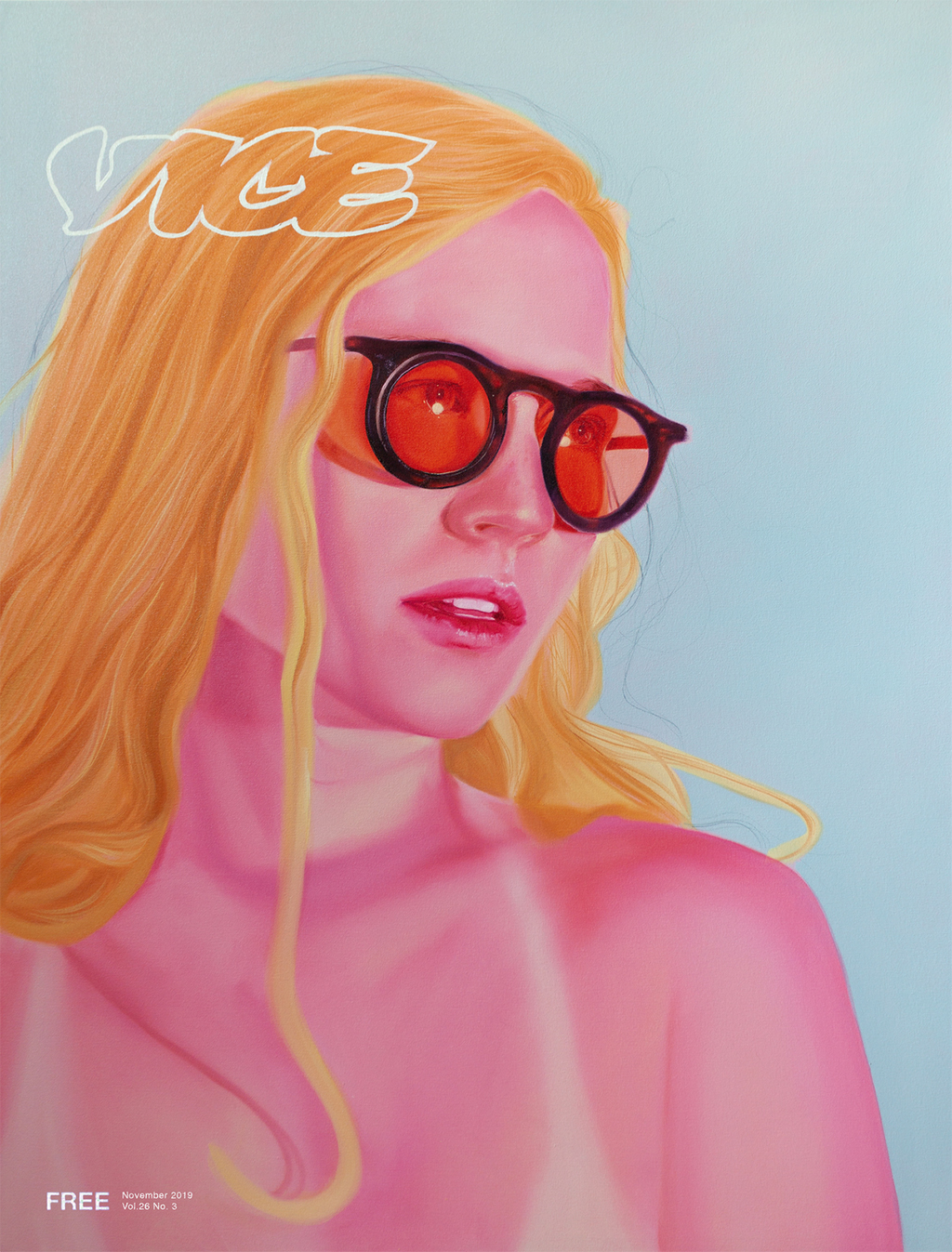 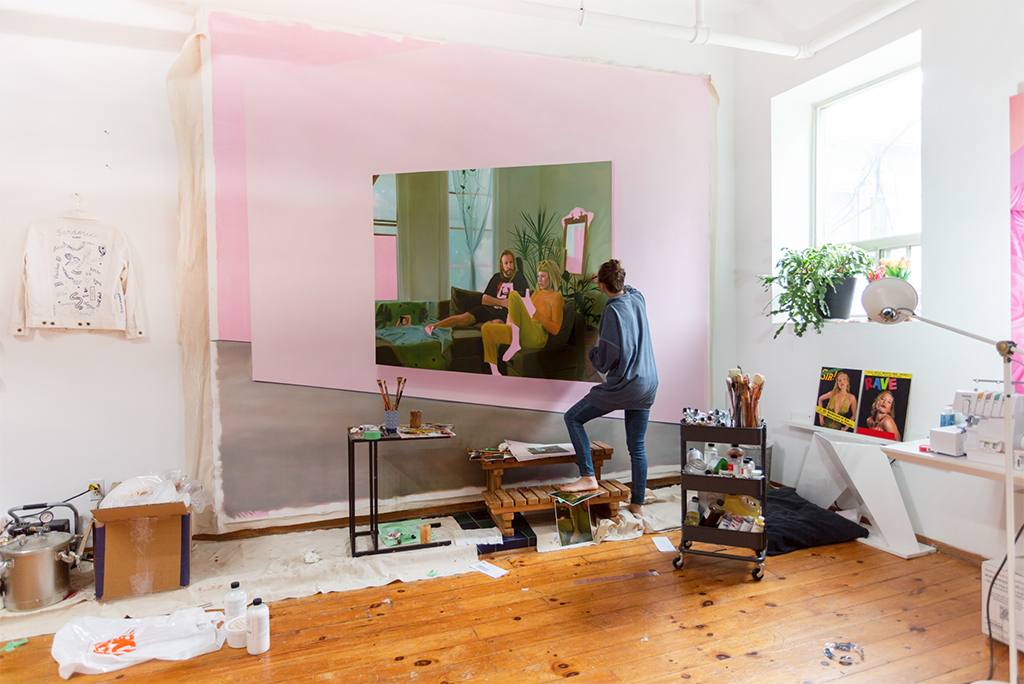 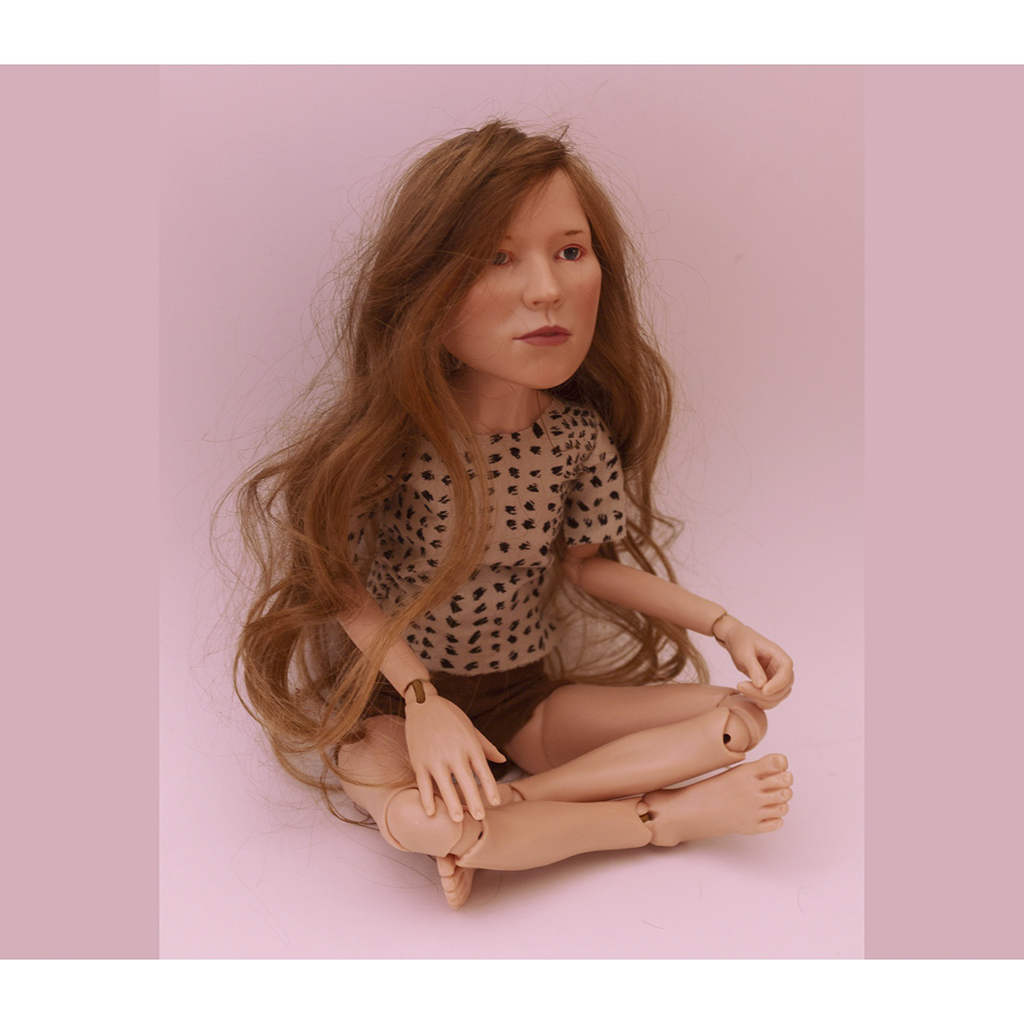 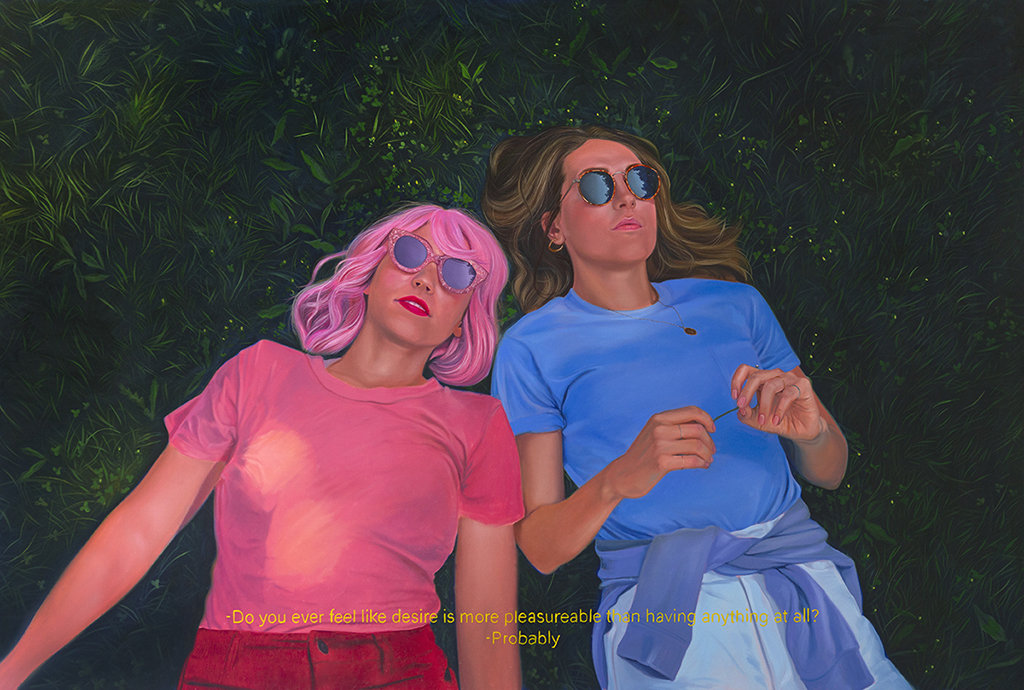 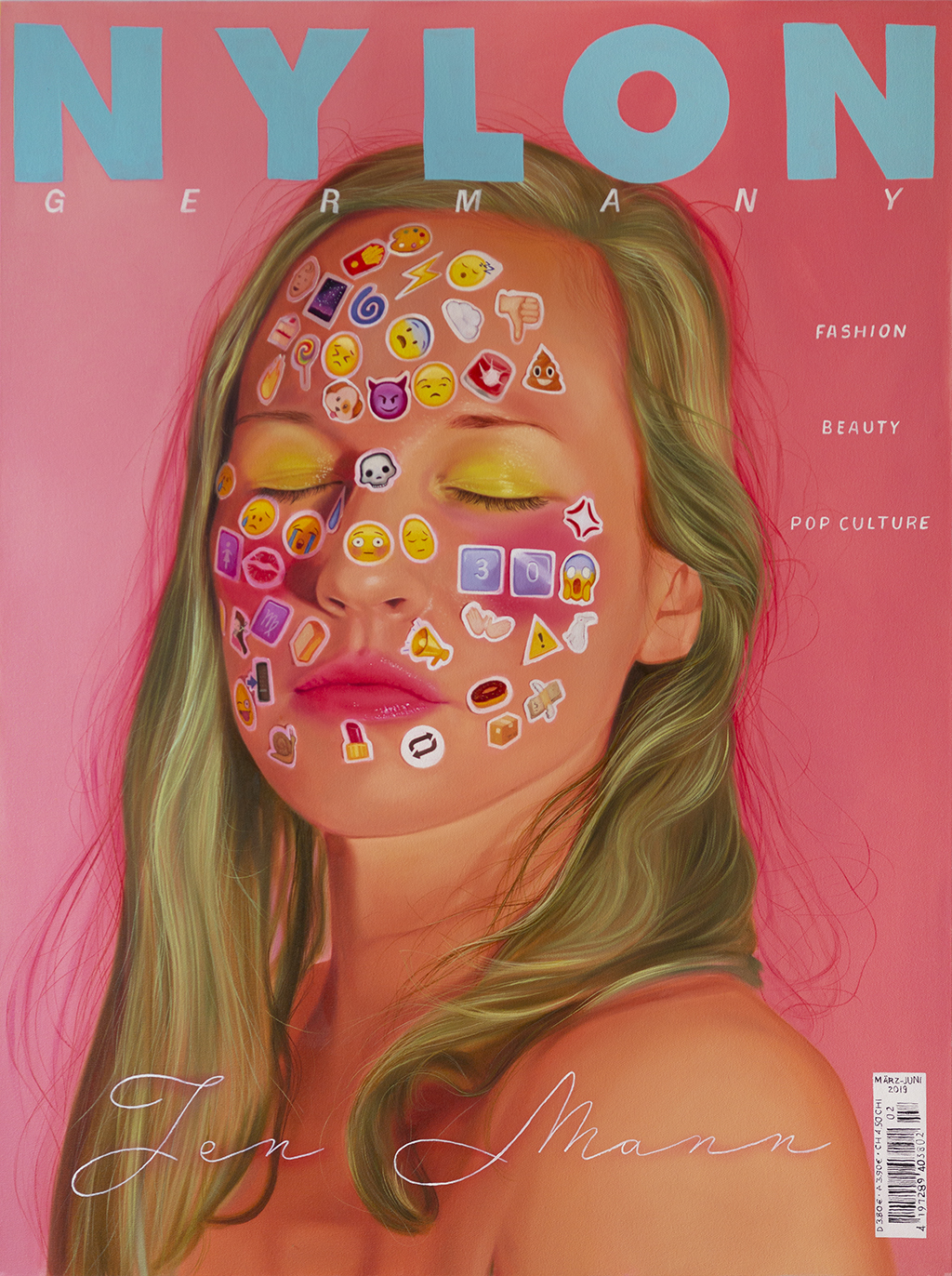 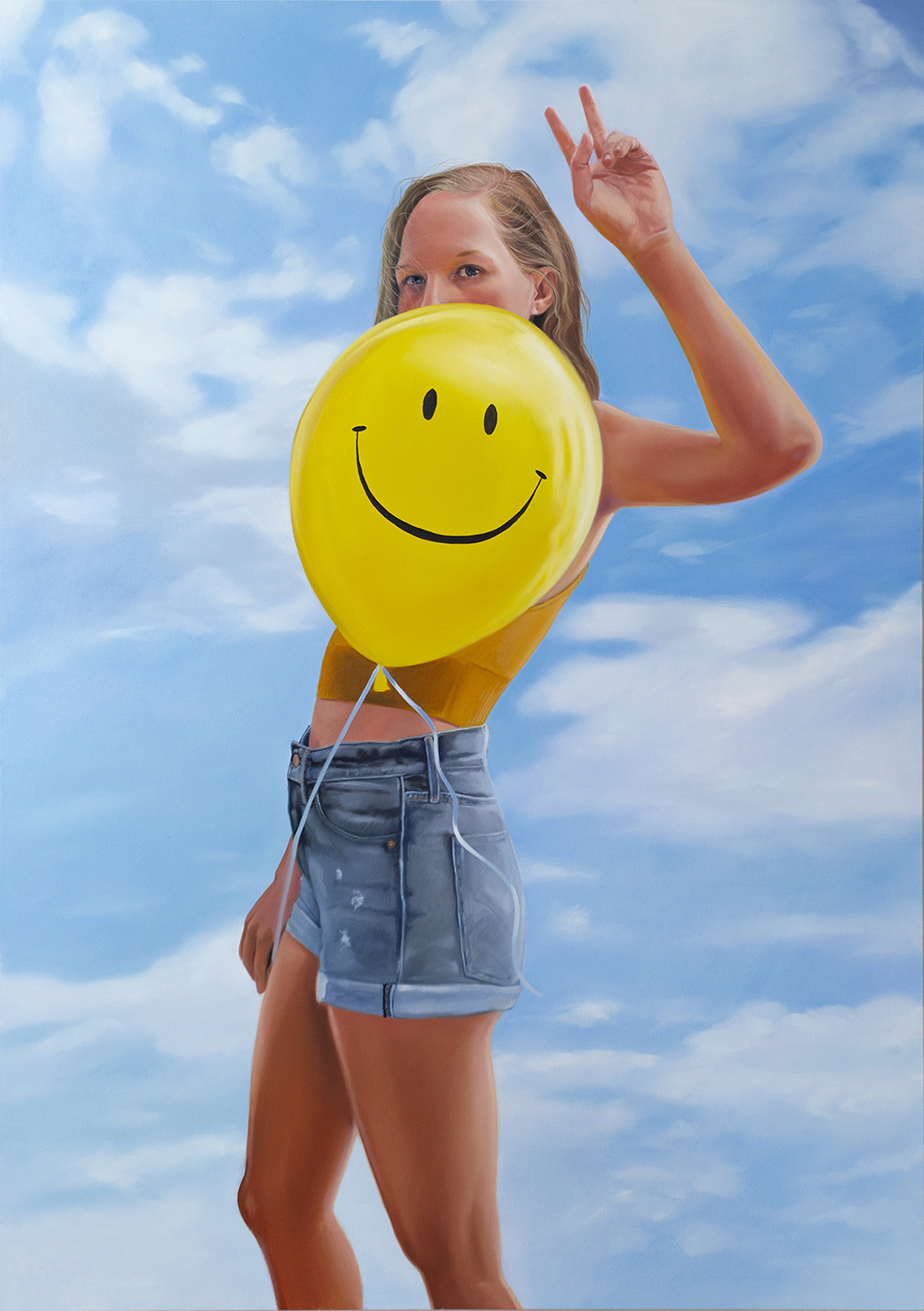 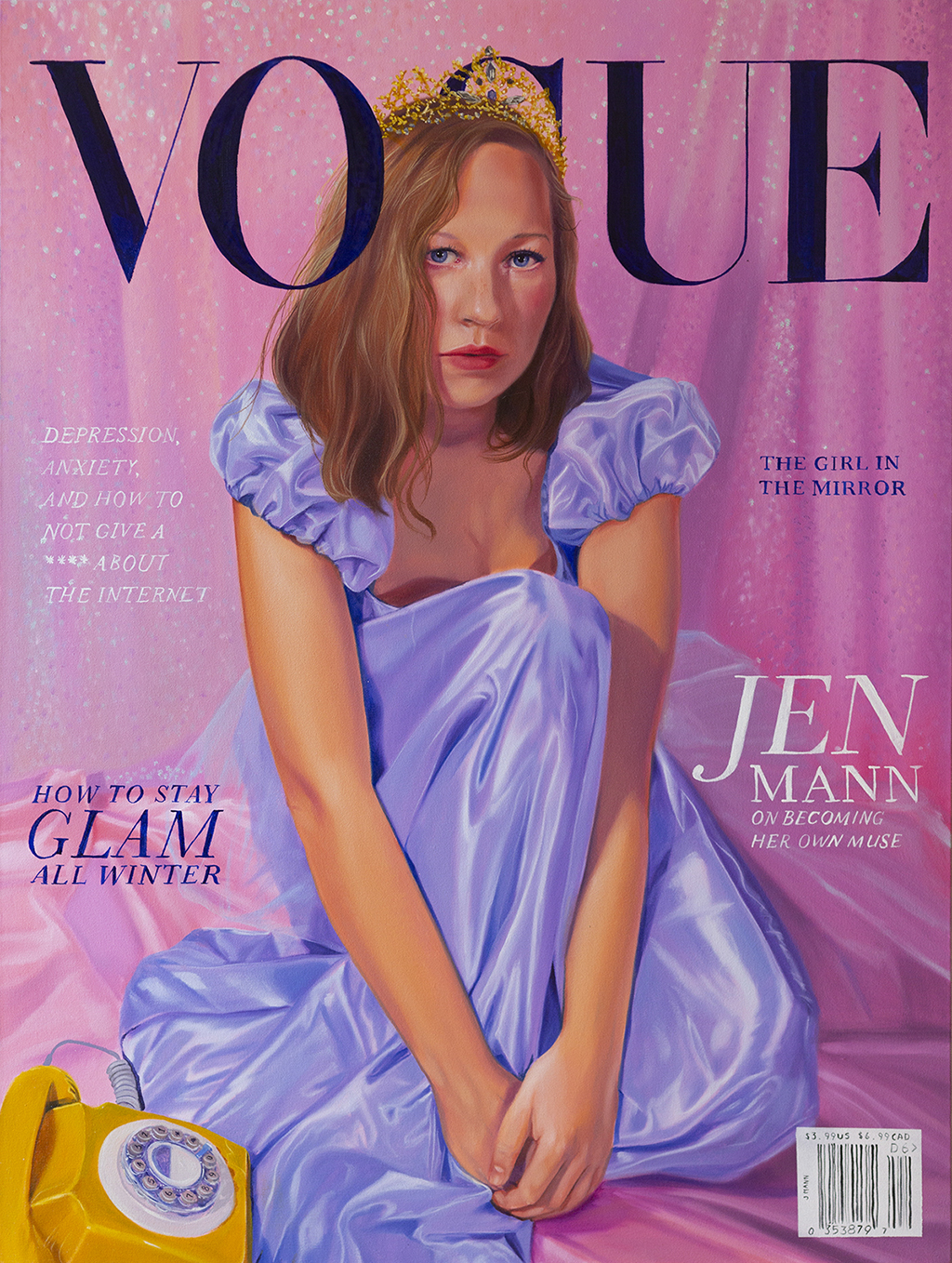 This month, Gallery Jones in Vancouver, BC welcomes Toronto based painter Jenn Mann for her solo exhibition Metonymy. Comprised of new large scale hyperreal paintings and short films serving as trailers to features that donâ€™t exist, Metonymy explores how we turn ourselves into brands or 'objects of self' through the internet and social media.

The series looks at our self-obsessed culture, concepts of celebrity, artifact, and reality. In Metonymy, everything is an advertisement; trailers, magazine covers, posters, dolls, gallery show installations, stills from the trailers. It's hard to tell what is real, and what is not. even within the trailers themselves, people play roles of themselves, but everything is cast and scripted.

â€œMann, who is known for large hyperrealistic self-portraits, has delved deeper into herself or perhaps beyond herself... and maybe beyond some of her viewers. Her work has always centered around self, and for Mann, that means partaking in the self-absorbed culture of social media. This show is a first for Mann, as she takes a departure into other mediums, film and sculpture. The show centers around the idea of the self as an object or celebrity, separate from the real self. She creates a fake self that emerges out of many different narratives. Mann is literal at times and taunts the viewers. There are 5 films which she plays on repeat. Youâ€™re watching trailers to movies that you never see in full length, and from my understanding, do not actually exist. Each film looks at different parts of the artist's self, and her different struggles. These extremely personal fictional narratives, seem more than fiction, and less-than reality. The last video in the set is a documentary about Mann making the 4 previous films to which you just saw the trailers, but this documentary too seems real and unreal, comical even. It takes viewing the whole body of work to really give you a sense of the depth of this series. There are paintings of paintings of film stills from movies that do not exist in galleries they never showed inâ€¦â€¦ if you understood that I applaud you.

Mann's tendency towards the meta and existential is in full force here. There are paintings of film stills, paintings of movie poster covers, incredibly uncanny and totally creepy fully articulating anatomically correct dolls of herself as each film star, paintings of herself as a celebrity gracing the cover of many different magazines. Mann renders herself something more and simultaneously less than 'self', and also fully placed in the millennial subconscious. She is being bought and sold, A brand, an object, an artifactâ€¦ Mann is everywhere, and it's all about her, but somehow none of it seems real, and none of it seems like it takes itself too seriously.

This show is a look at a person who struggles deeply and shows everything but also conversely hides everything below the surface. In Mann's work, the surface is smooth slick finished polished finessed. But her content, the work itself deals with so much more, a troubled person dealing with love and intimacy, the realities of being a woman, an artist, a millennial, and the struggles she is going through, and just like in real life, her sarcastic and self deprecating humour is in her work, laughing, if youâ€™re clever enough to spot it. Mann's true thesis in this work though is so subtle and perhaps most of her viewers wouldnâ€™t even see it. She is depicting our culture, society, and how nothing is real, news, media, politics, not even the narratives we believe about ourselves. The stories we tell, the identity we curate, nothing is real - and just like her paintings of paintings that do not exist, somehow these things that are not real, are somehow still just as real on their own, they become something outside of ourselves. "

Jenn Mannâ€™s solo show Metonymy opens November 7th at Gallery Jones in Vancouver, BC. It is on view through December 7th, 2019.