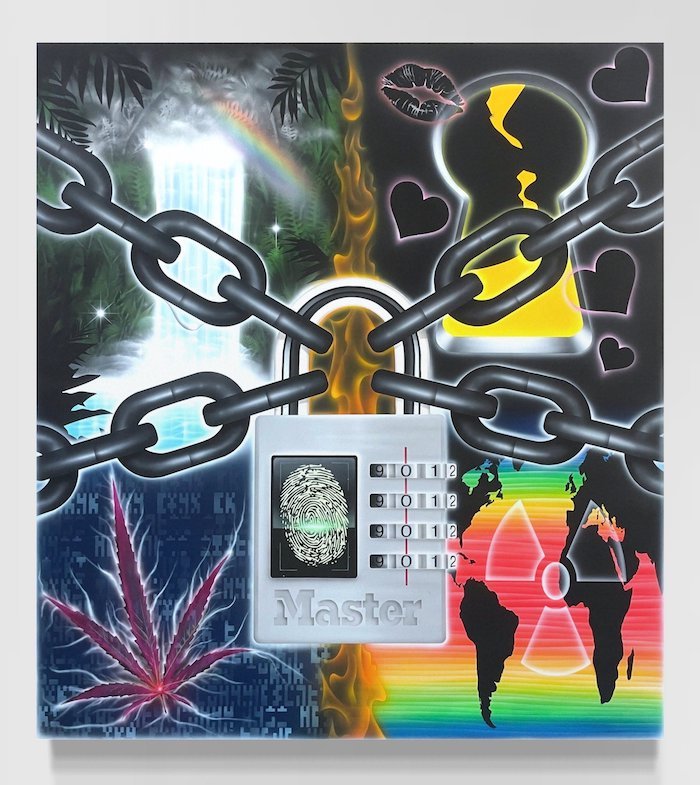 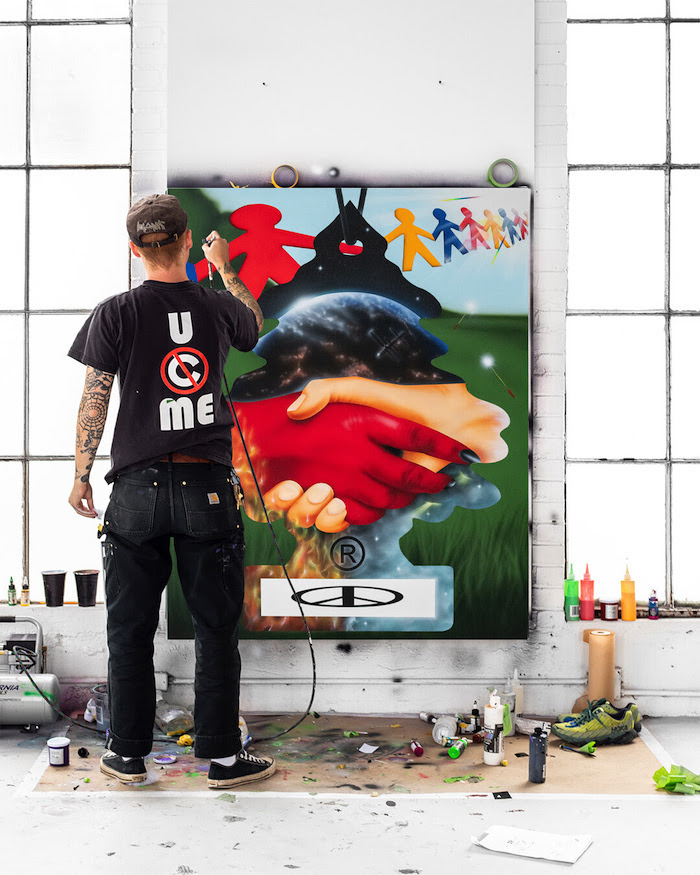 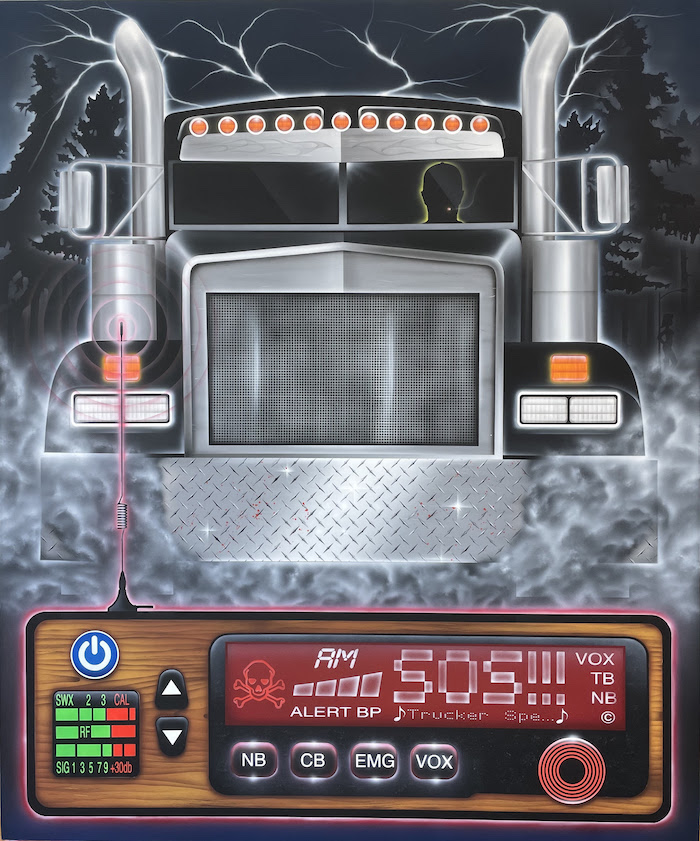 Dino De Laurentiis’ 1986 film adaptation of a Stephen King story, Maximum Overdrive, sees humans tormented and hunted by a suddenly animated machine world, with possessed Semi trucks stalking the heroes, soda dispensers violently shooting out soda cans, and an ATM reading “You are an asshole” to a customer, the moment of the film in the mid-1980s harped on anxieties of a world rapidly becoming networked, interfaced, and an exponential increase in image velocity. In such a moment, a new visual regime took hold, one of maximalism and lightness.

In his first solo exhibition at New Image, Hank Reavis (b. 1997, Seattle, WA) borrows from a pulpy type of enticement, reminiscent of the paperback covers one might see at an airport newsstand- a design which is indeed meant to countermand the old maxim “don’t judge a book by its cover.” Reavis describes these dense paintings as invitations to do just that, to navigate content at a liminal, lateral, simultaneous surface level, in paintings that map out the contents of their narratives all at once, in a logic that is more ideogrammatic than symbolic.

Reavis describes a moment in the recent, post-pandemic landscape that perhaps parallels the image-angst of the mid ‘80’s that we encountered in De Laurentiis’ film. For the artist, a cognitive shift in experiencing life in the outside world through mediated proxies of flat virtuality eventually led to what I’d call a “pulp inference” type of thinking: takeout food, straight-to-NetFlix movies, zoom exhibitions. So, Reavis returns to the characters and obsolete mechanisms of a moment in which virtuality was just emerging as a world concern, and machines were taking on life in new, exciting, and terrifying ways. In the 2020s, biometric data accretion, artificial intelligence, and genetically modified organisms see the machines inching closer and closer.