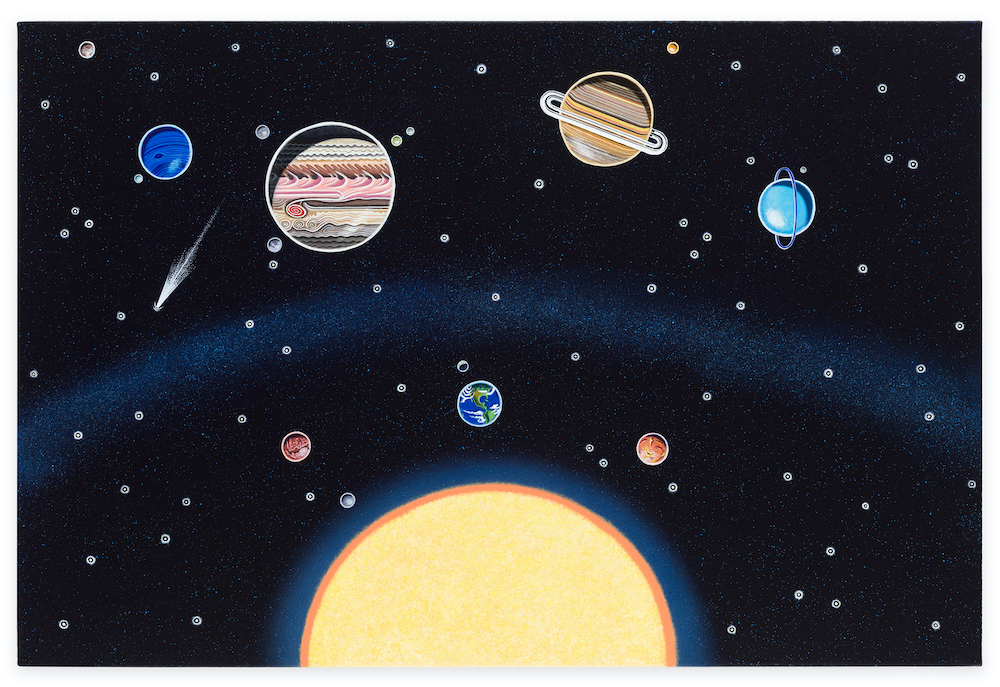 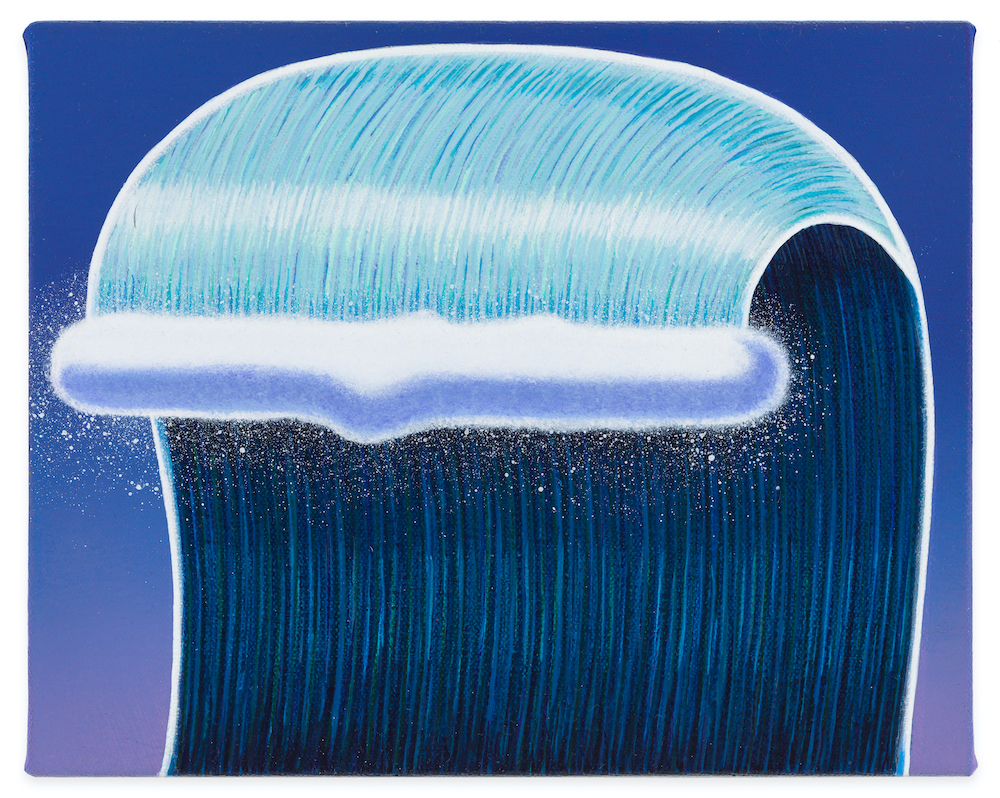 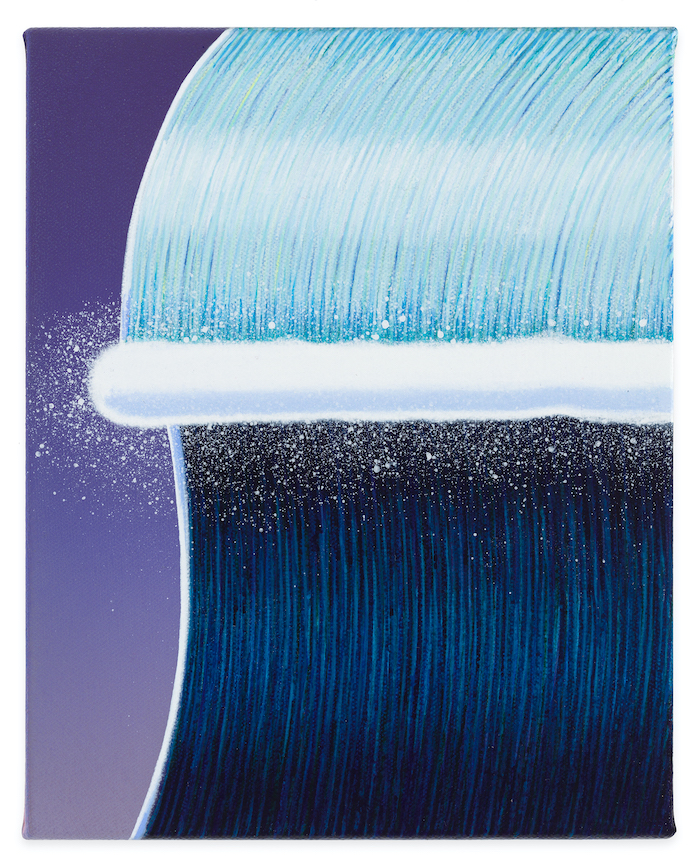 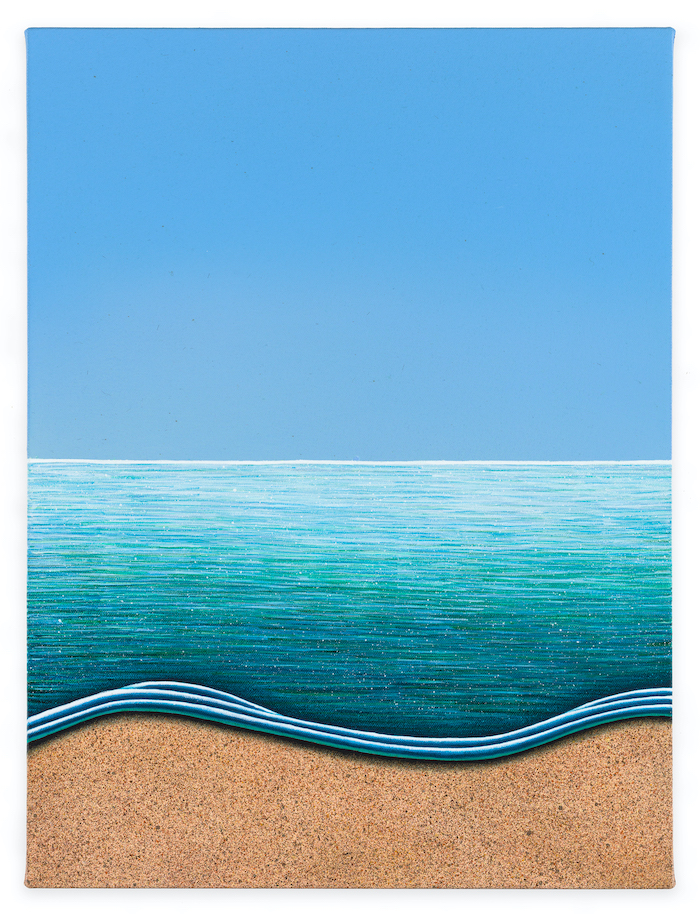 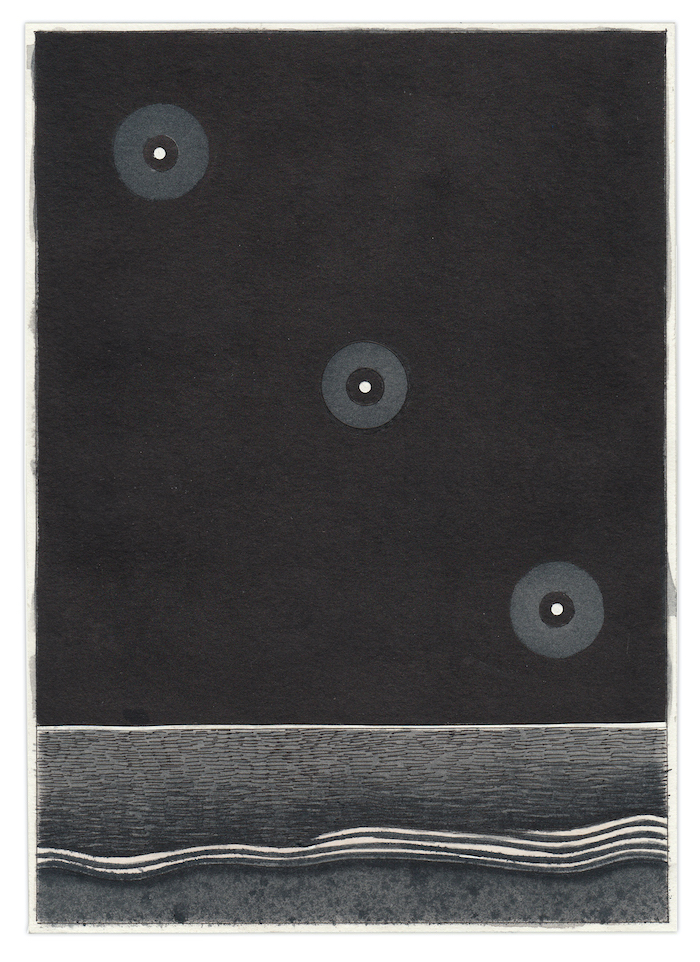 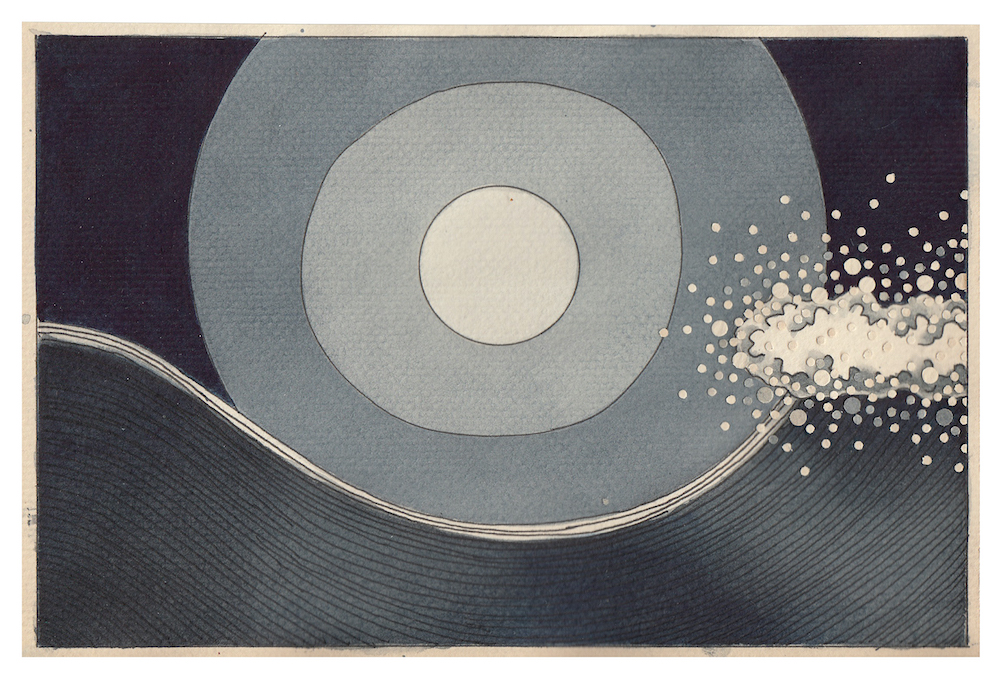 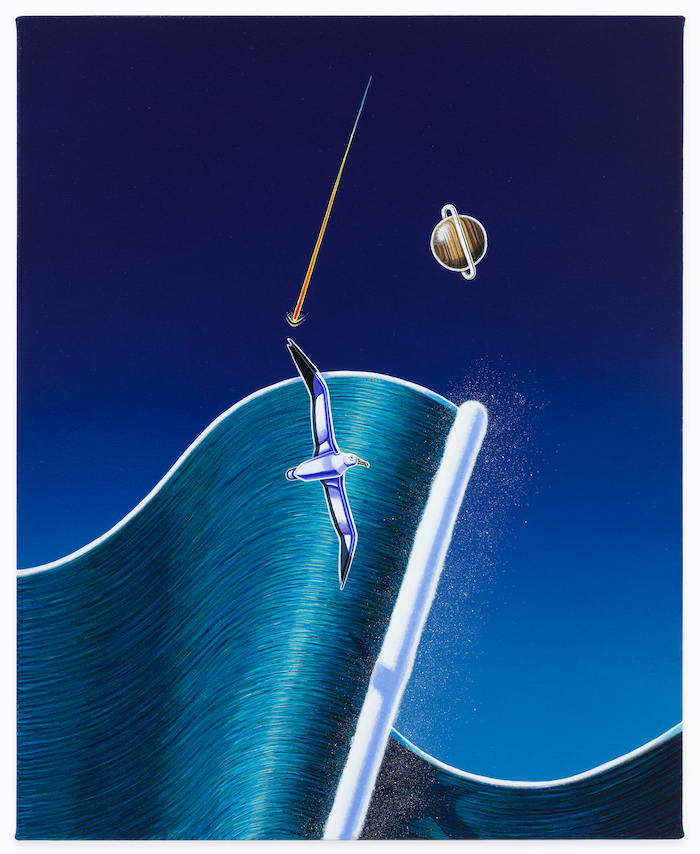 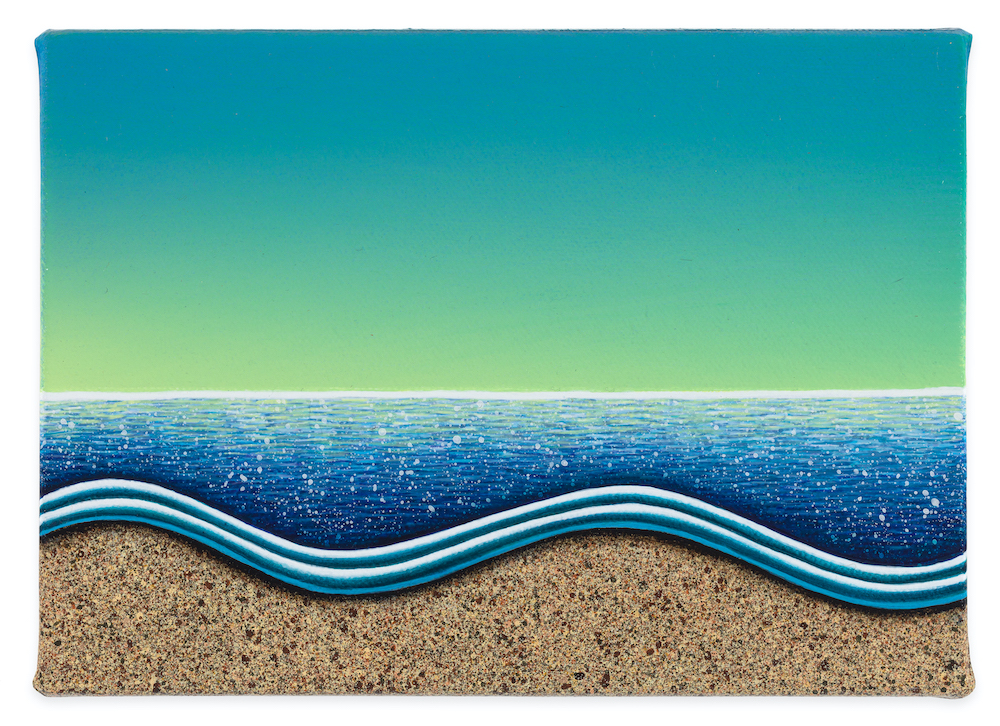 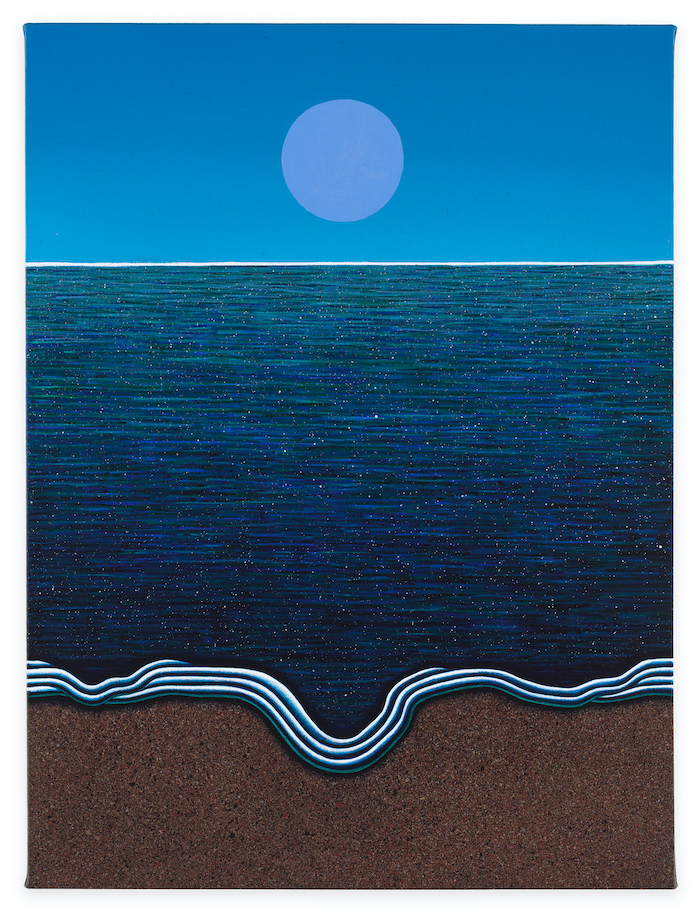 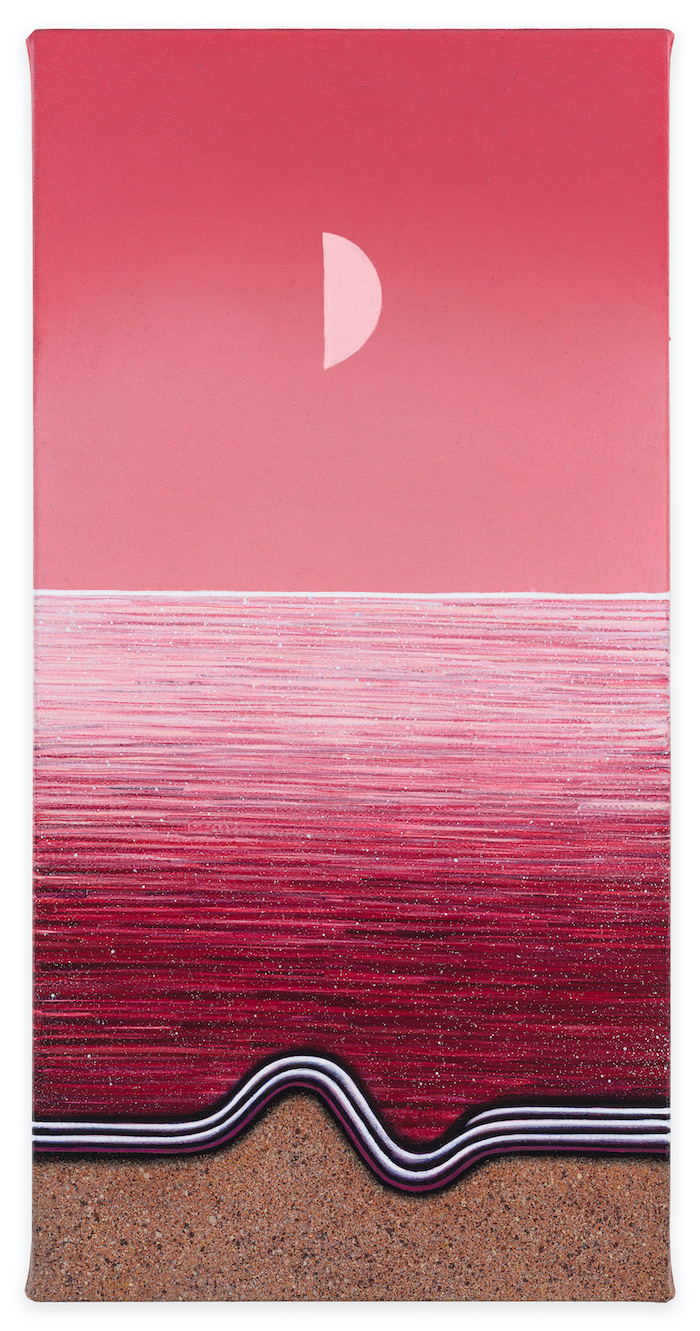 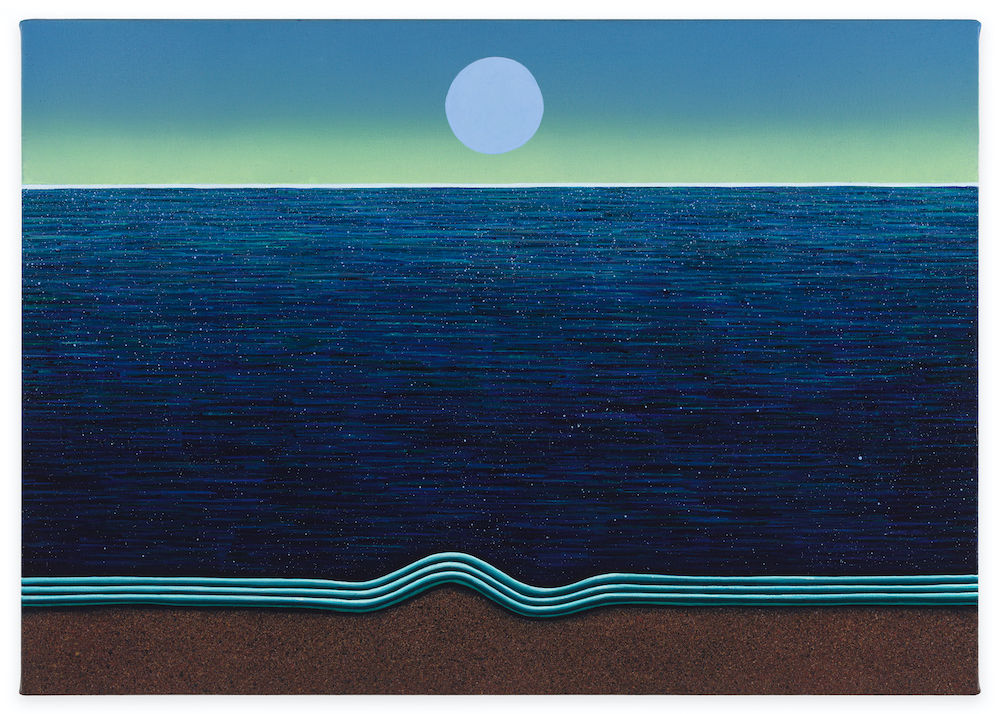 Given the current state of the world today, and particularly America which feels both physically and metaphorically on fire right now, the concept of “The Great Fire” may at first summon thoughts of disaster and loss. But for Matthew F Fisher, who acknowledges and empathizes with this reading, the great fire is first a poetic nod and reference to the constant fire in the sky, our sun.

A prominent and recurring visual motif in Fisher’s paintings, the sun becomes a guiding force in his work, giving life (and light) to his painted worlds and their presumed inhabitants. This fiery orb is historically a symbol for life, rebirth, good fortune and joy. In some respects, the sun is also a signifier of our own insignificance in the grander scheme of the universe as it too is just a spec in the larger cosmos. With or without us, tomorrow will always happen.

Matthew F Fisher’s paintings and drawings emanate out of a meditative artistic process involving slowly adding layer upon layer of acrylic paint and ink washes to his surfaces. The resulting images hover somewhere between realism and otherworldly, frozen and active, and display passages of dayglow orange, pink and teals mixed with ocean blues and exquisitely detailed sand. In their overall form, Fisher’s works are quite true to life, but his stylized, hyper-smooth forms and surfaces lend a surreal and languid air to compositions and imagery that subtly reference artists ranging from Joseph Yoakum, to Roger Brown, to Georgia O’Keefe.

There is a conspicuous absence of humans and their interventions in Fisher’s art. We never come across buildings, technology or other man-made objects, and instead witness the world in a pristine and timeless state, where nature appears to stand forever still. However, these tributes to the ocean, the land and the sky are not without personality– Crashing waves, jagged rocks and celestial forms take on a zoomorphic edge when closely examined, perhaps as a reflection of where we all came from, and also as a notice that we are not inherently necessary for the Earth to continue on.