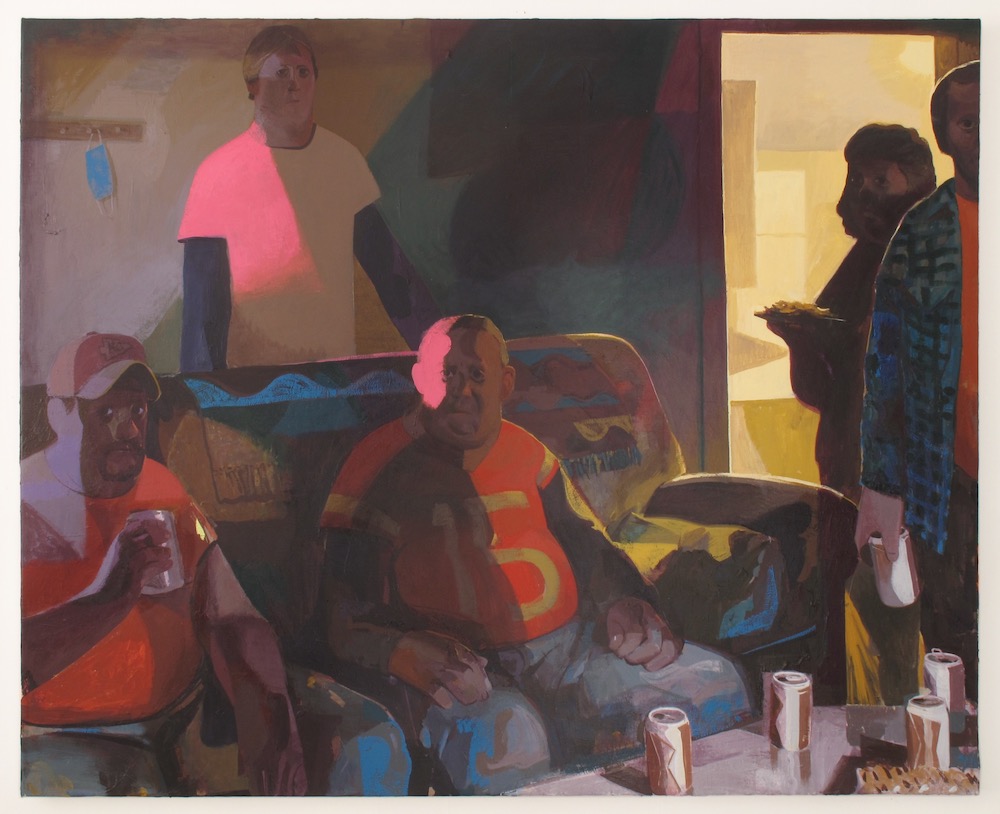 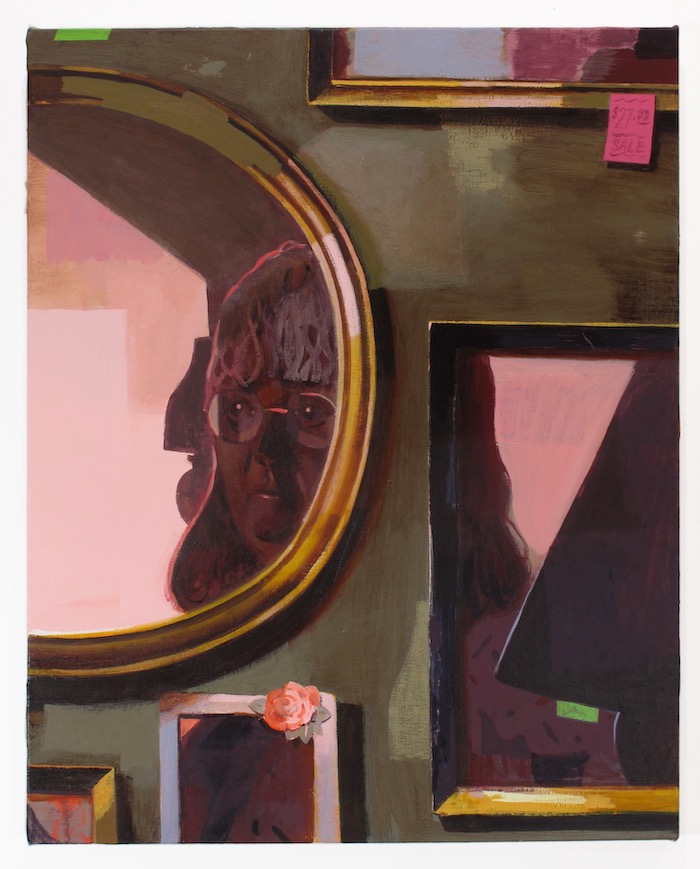 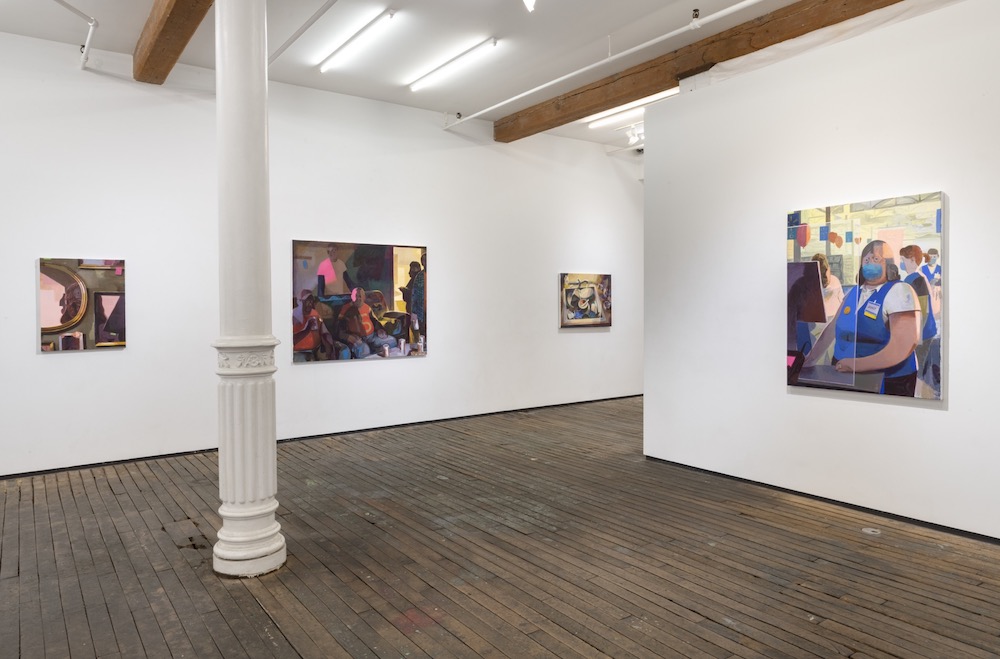 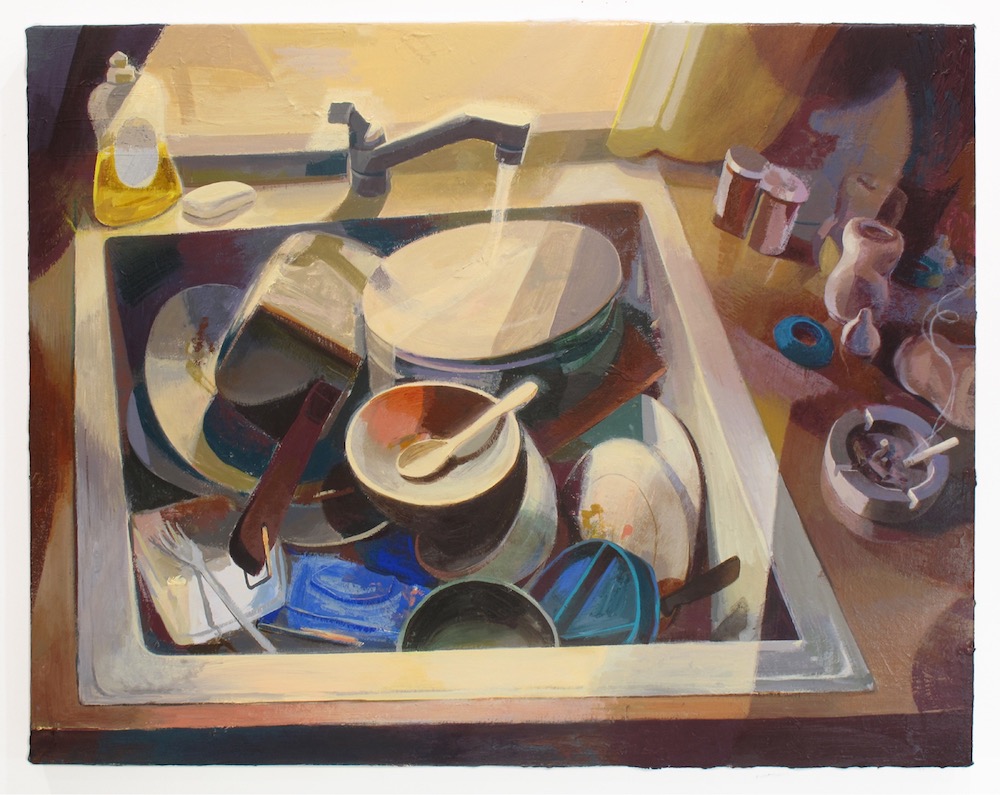 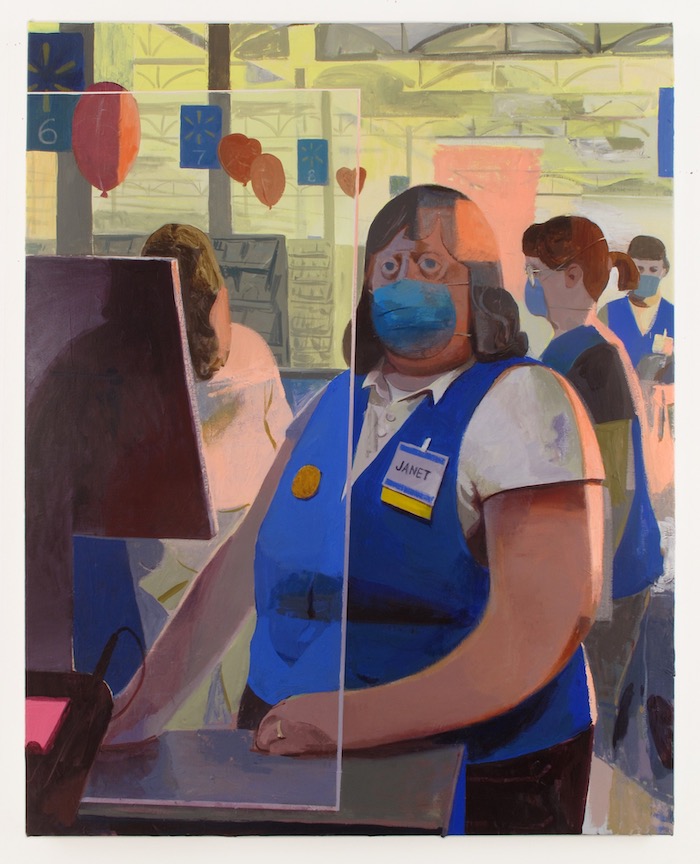 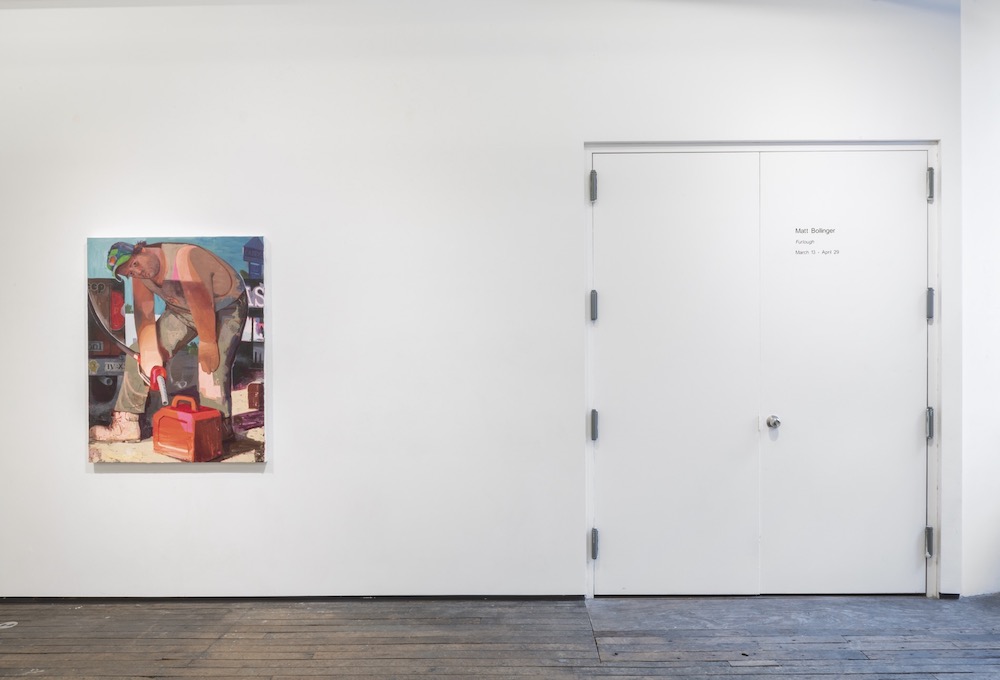 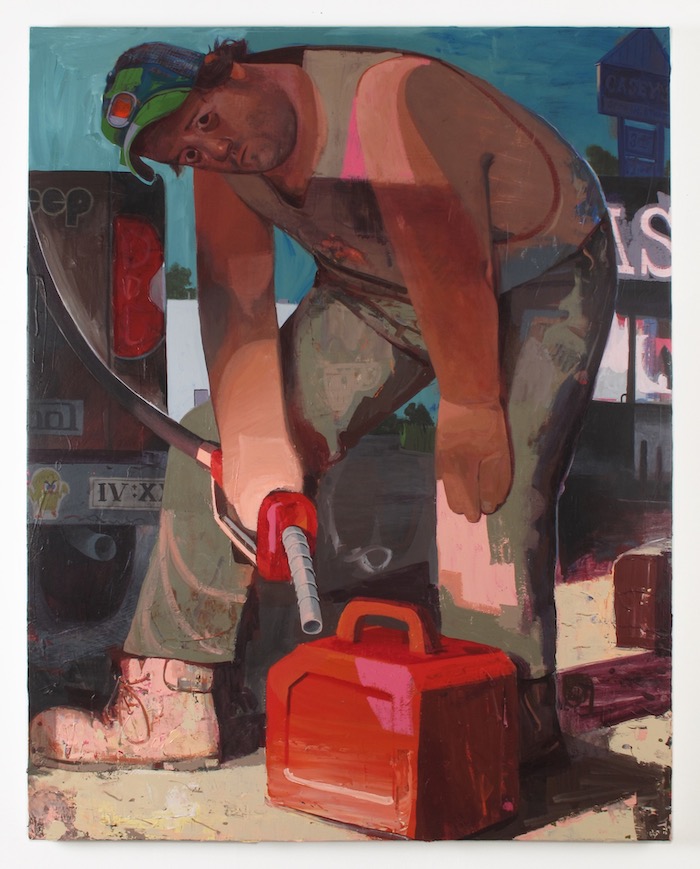 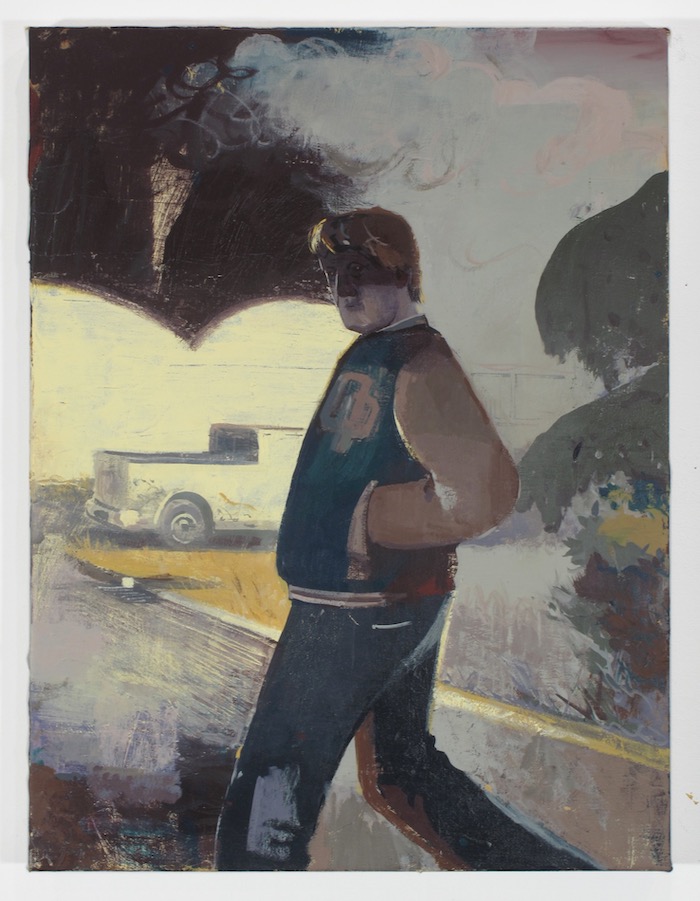 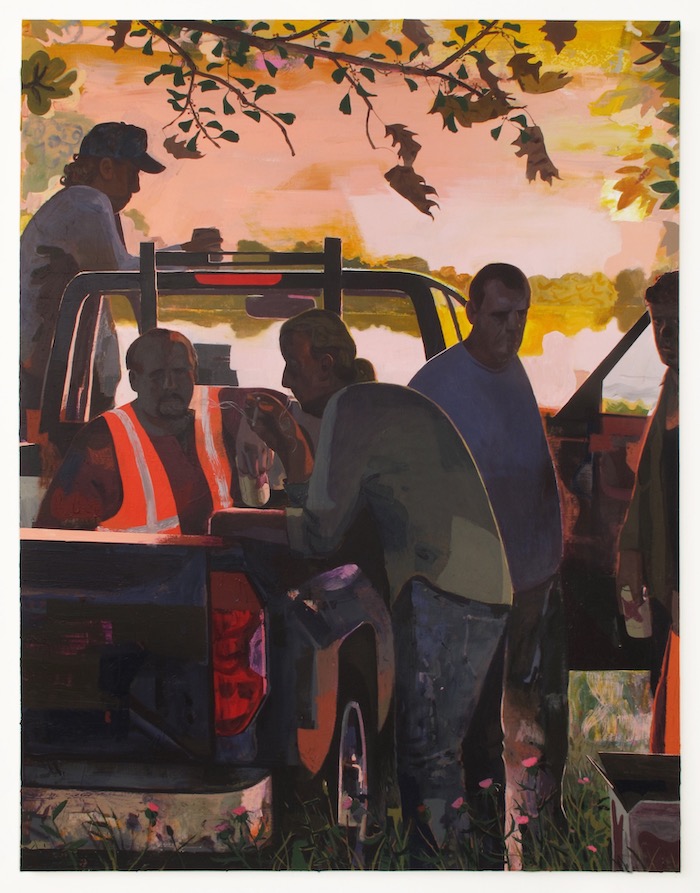 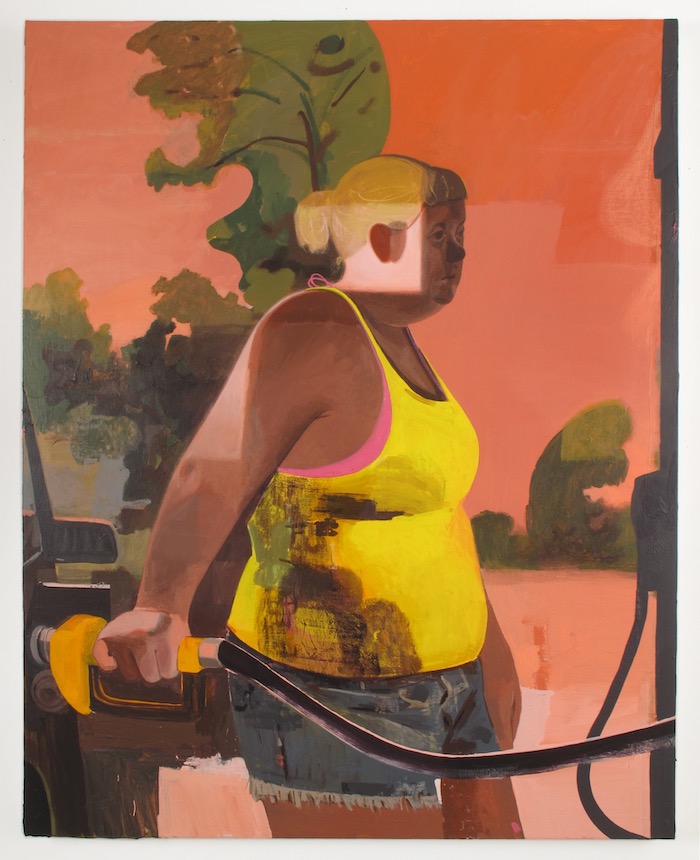 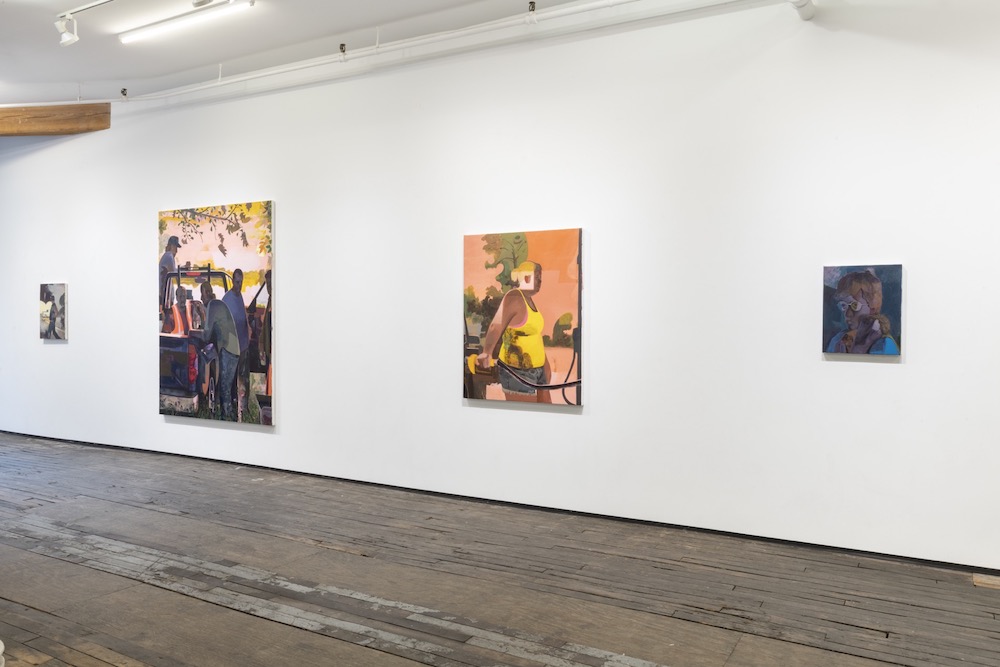 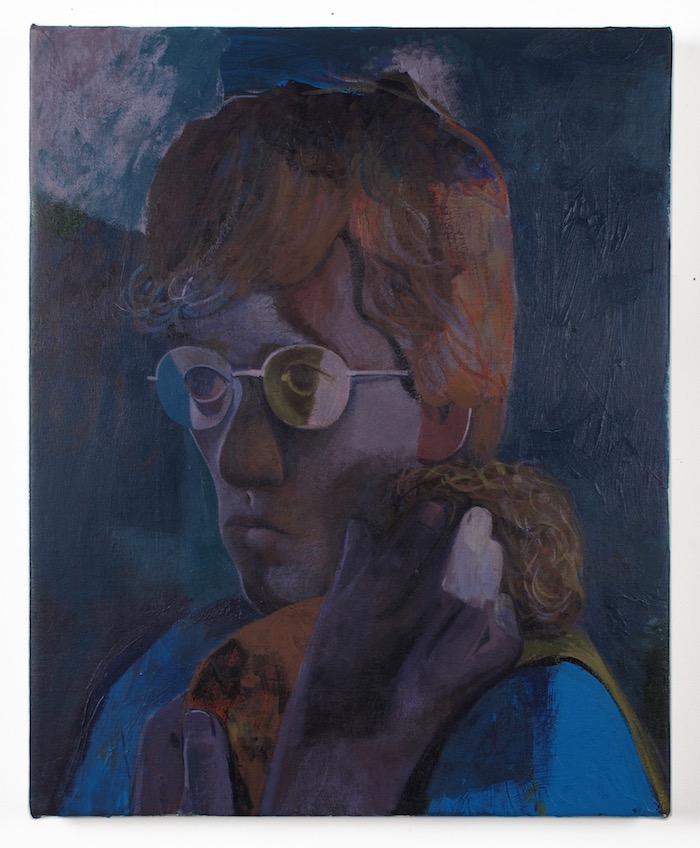 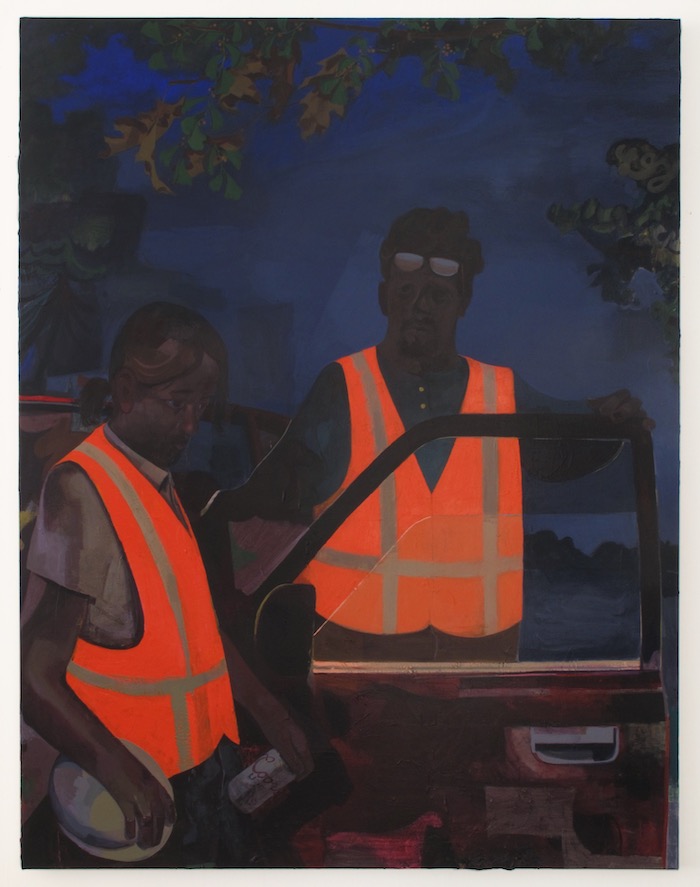 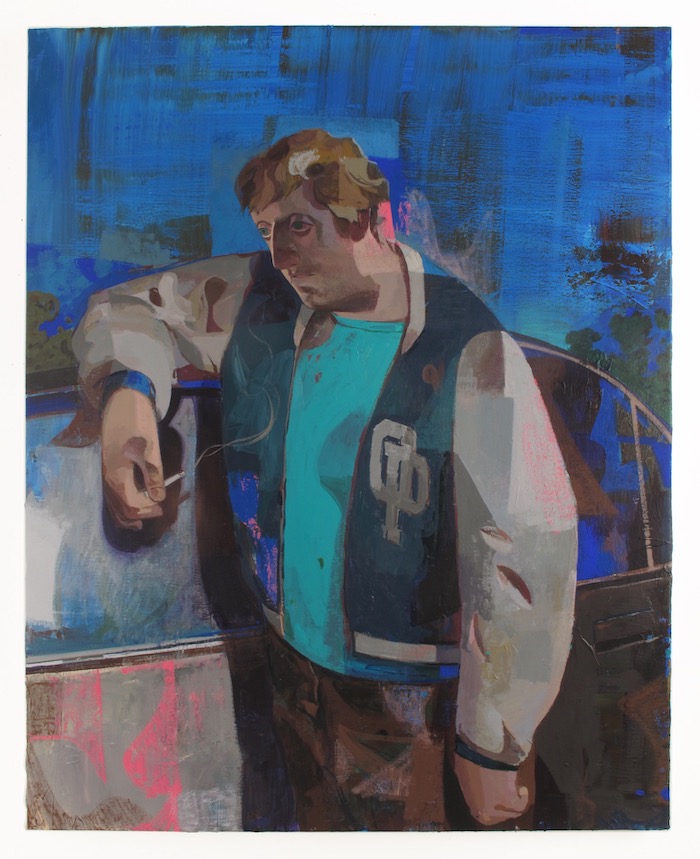 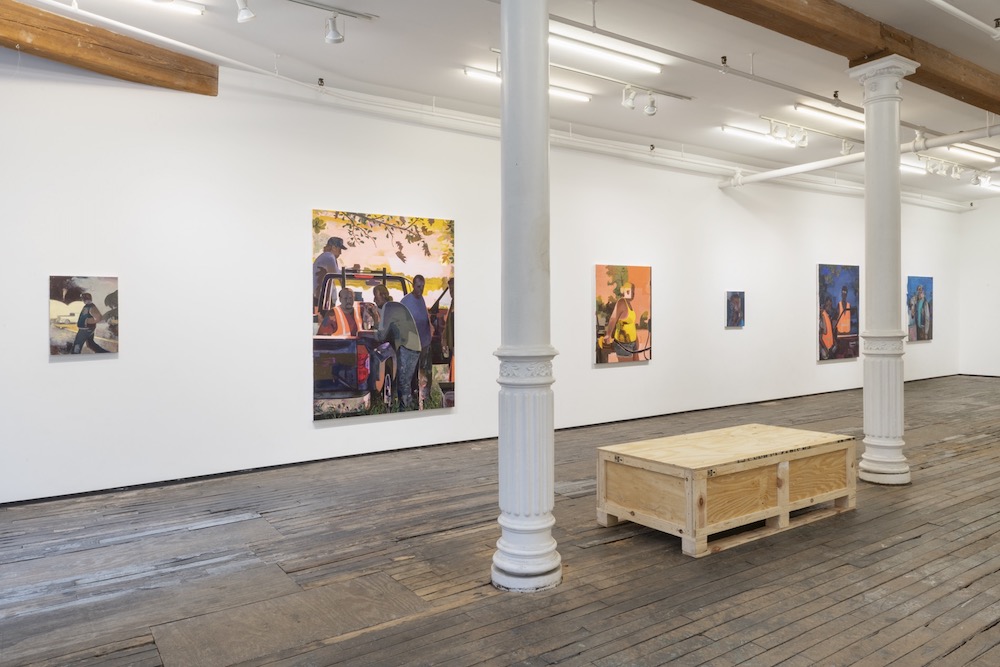 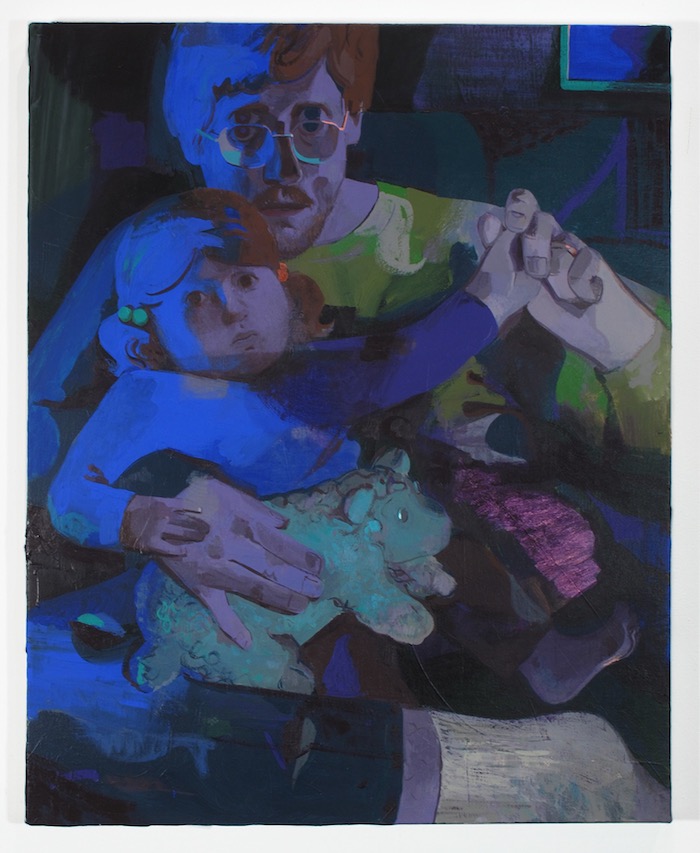 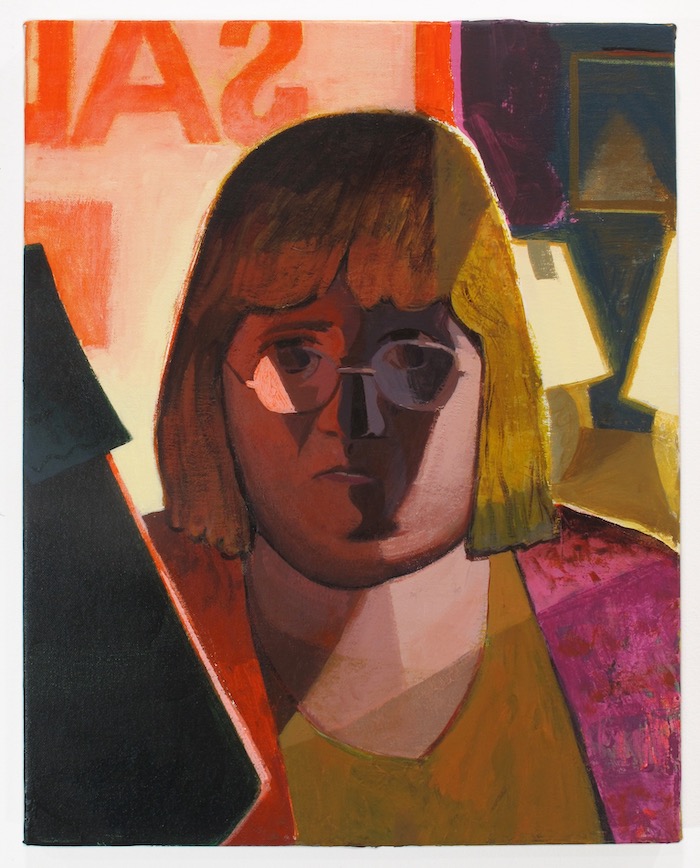 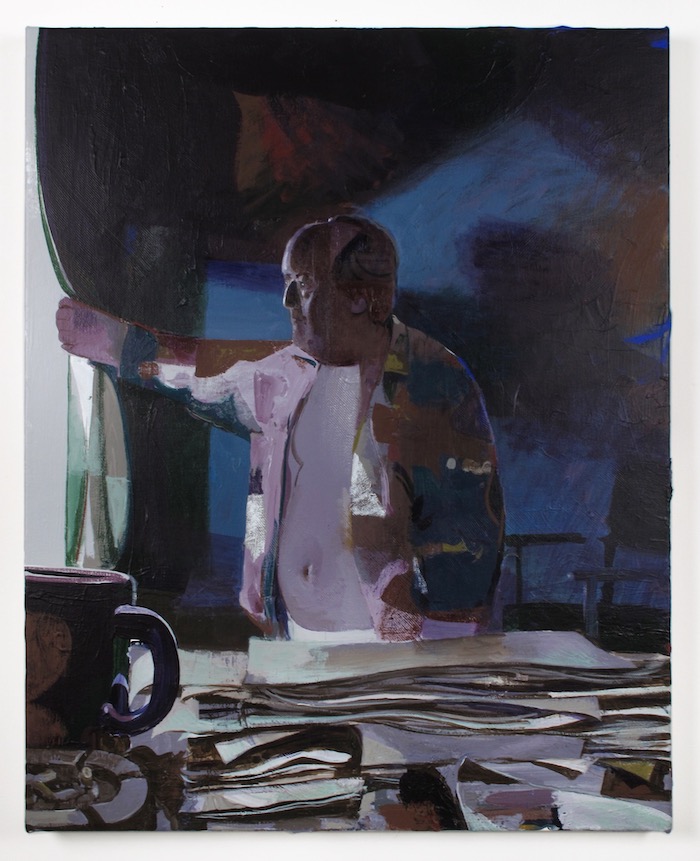 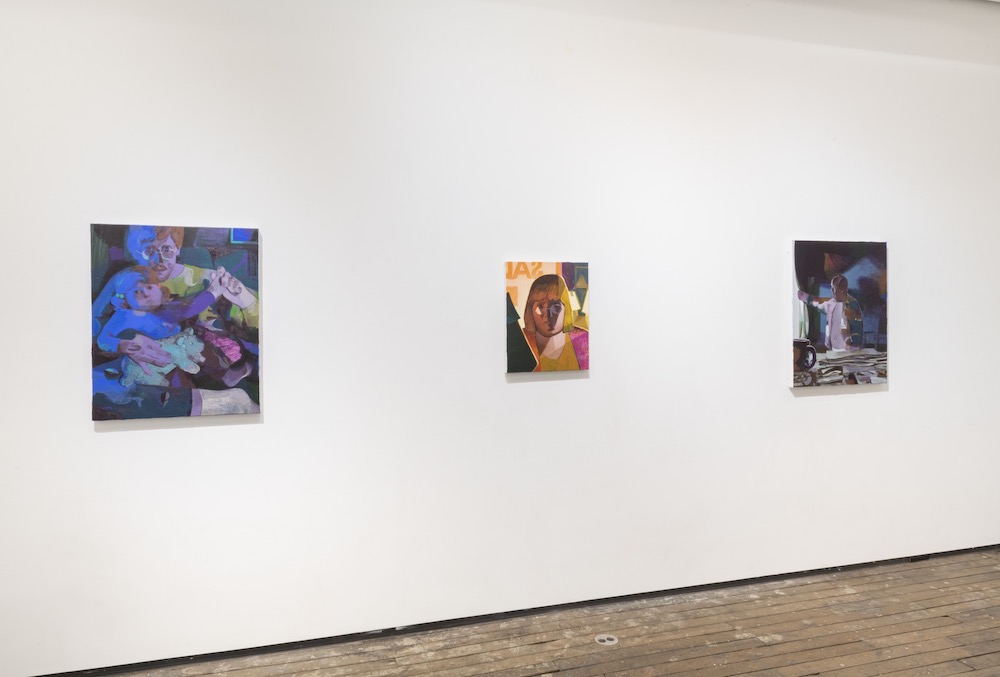 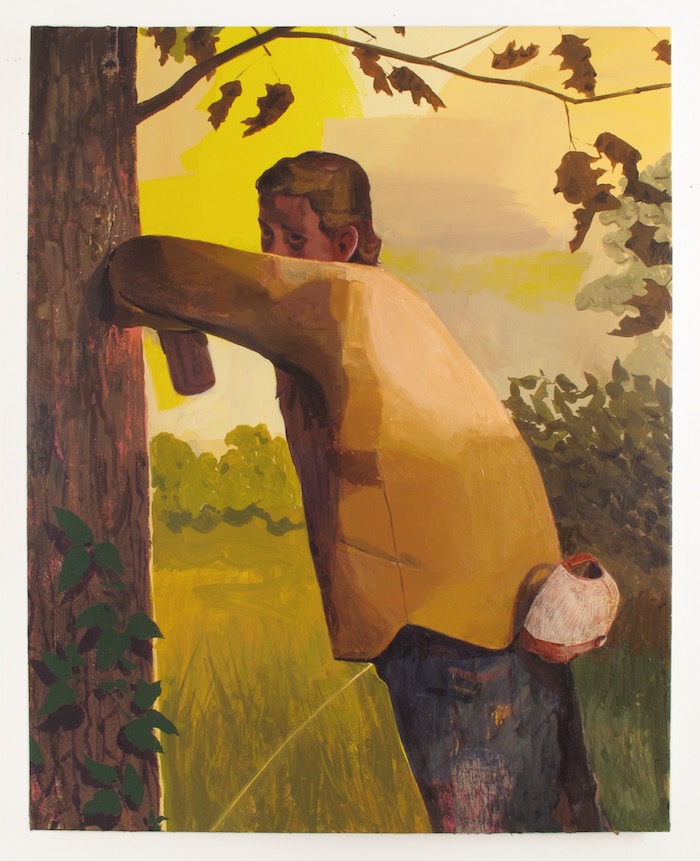 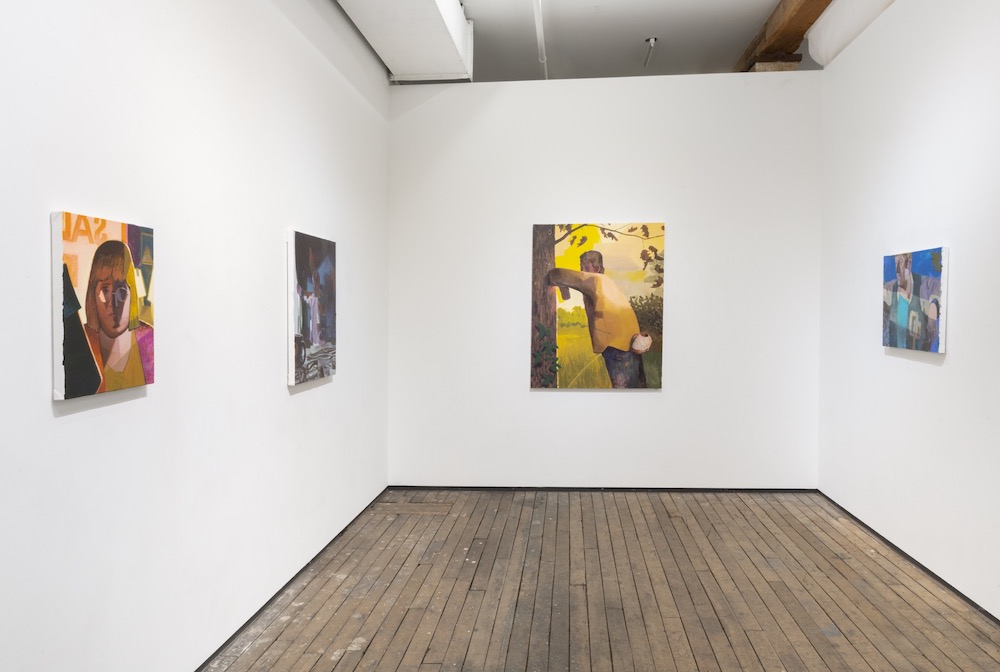 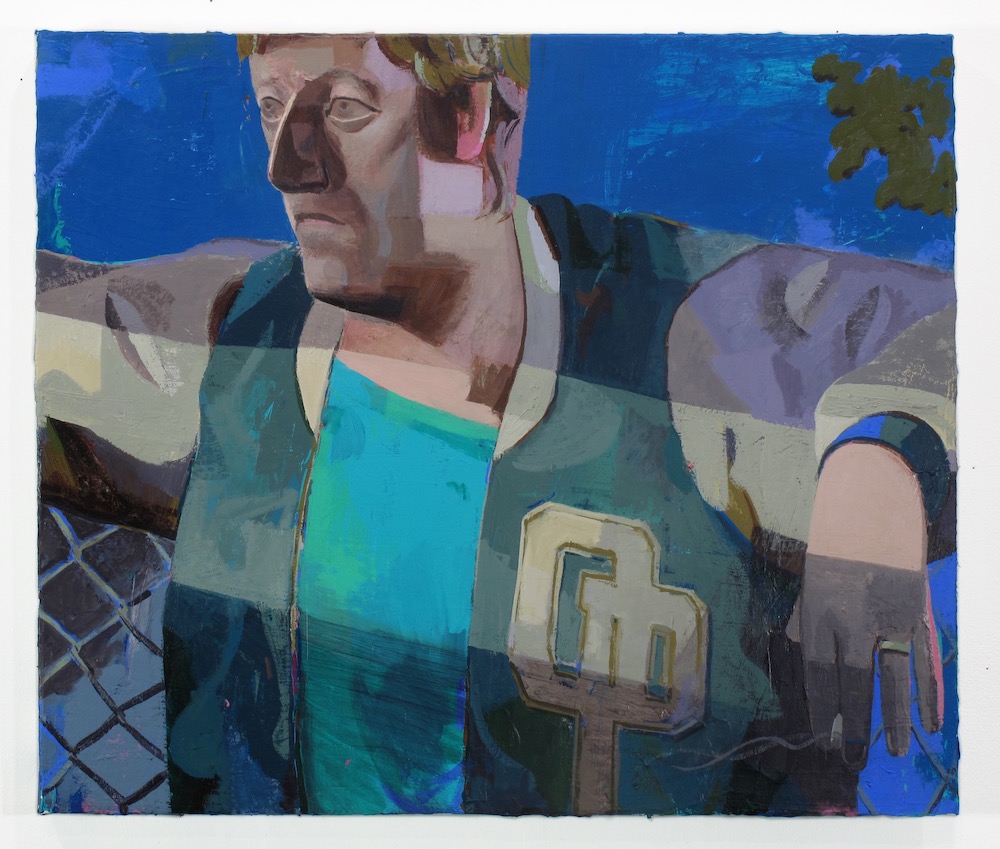 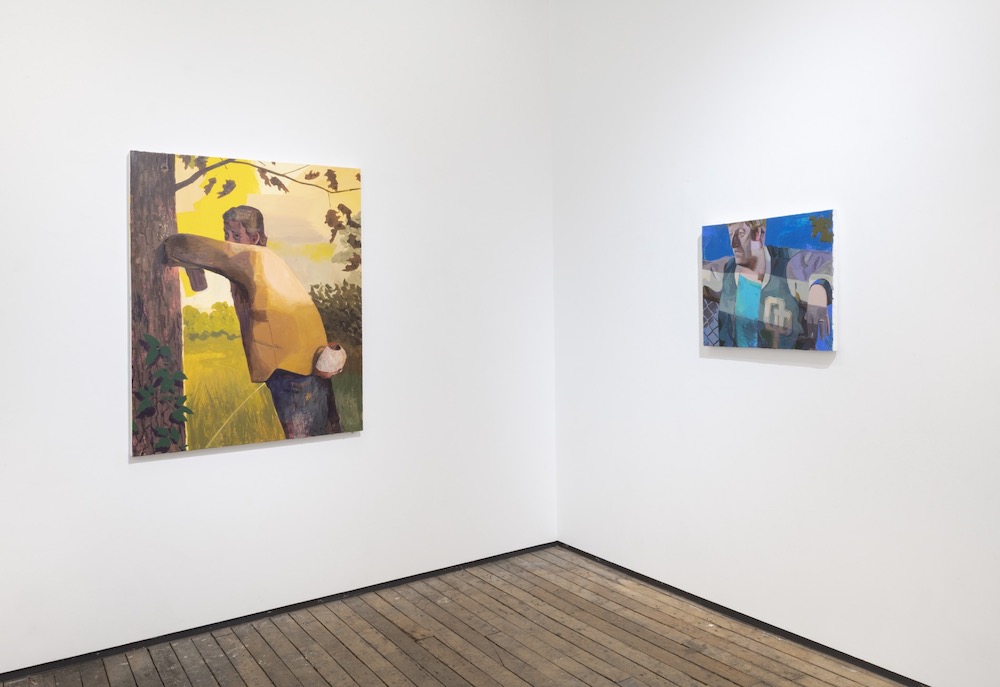 "Many of the threads of tension, overwork, sickness, and white culture that came to a head this past year are tangled in this group of paintings," Matt Bollinger states in the press release for his current show Furlough at Zürcher Gallery. And indeed, the texture and brushwork-rich paintings that are currently on view in NY are imbued with a sense of almost tangible fatigue and indifference. By capturing such a distinctive ambiance, the Ithaca-based artist is pointing out the burden that is accumulating through the generations of unhealthy socio-economical politics.

We've covered both Bollinger's gallery shows and animations and are in constant awe of the raw technique he is using to achieve such delicate, profound images. Focusing on insignificant, in-between moments, usually swathed in very specific and atmospheric light settings, the Kansas-born artist is portraying an inertia in our daily lives. “The body of work depicts white working-class people facing the various tensions of the moment," the artist explains..

“Several paintings focus on single men or groups of men “blowing off steam” after being furloughed—drinking rather than dealing with the feelings caused by being out of work—the work which so often is a source of personal definition. These are the figures that give me the greatest feeling of ambiguity, on one hand, they are like the men I knew growing up, family members or family friends, while on the other, the sort of guys who picked on me as a teenager. Super Bowl Sunday shows four men and one woman—I see the men as pairs, fathers and sons. They’re fans of the Kansas City Chiefs, my hometown team who lost the Super Bowl this year in the midst of still more controversy around the franchise’s refusal to change its racist mascot. Then there are the women who nurture (the figure in the doorway in Super Bowl Sunday brings food to the men), who do essential work to support their family (the older woman in Magic Hour who is a cashier at Walmart, alongside younger women), or who struggle to keep their small business dreams alive (Discount Mirrors or Tiffany II).”

At the heart of Bollinger's works is nuance, a certain internal and eternal clash of interests and values. Driven by personal experiences of growing up in America's heartland and his powerful settings of of the simplest daily occurences, a beauty and critical assessment of the state of the union begins to emerge. — Sasha Bogojev