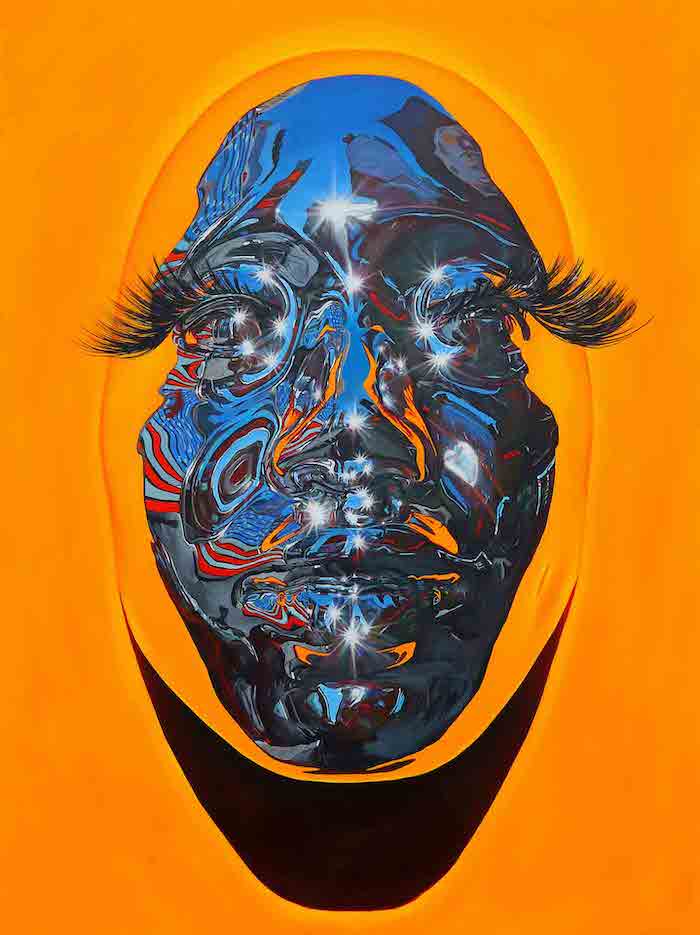 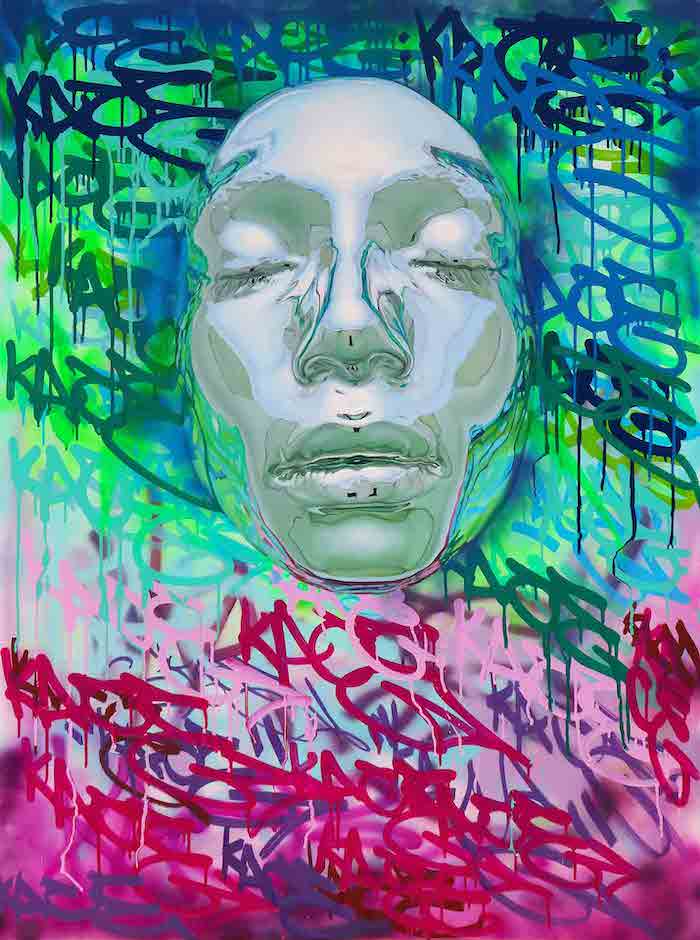 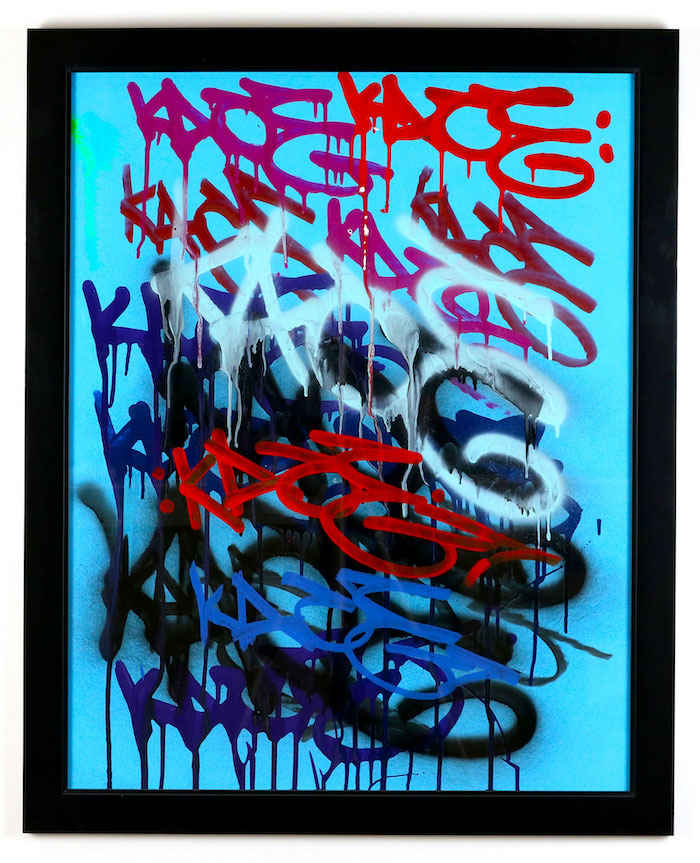 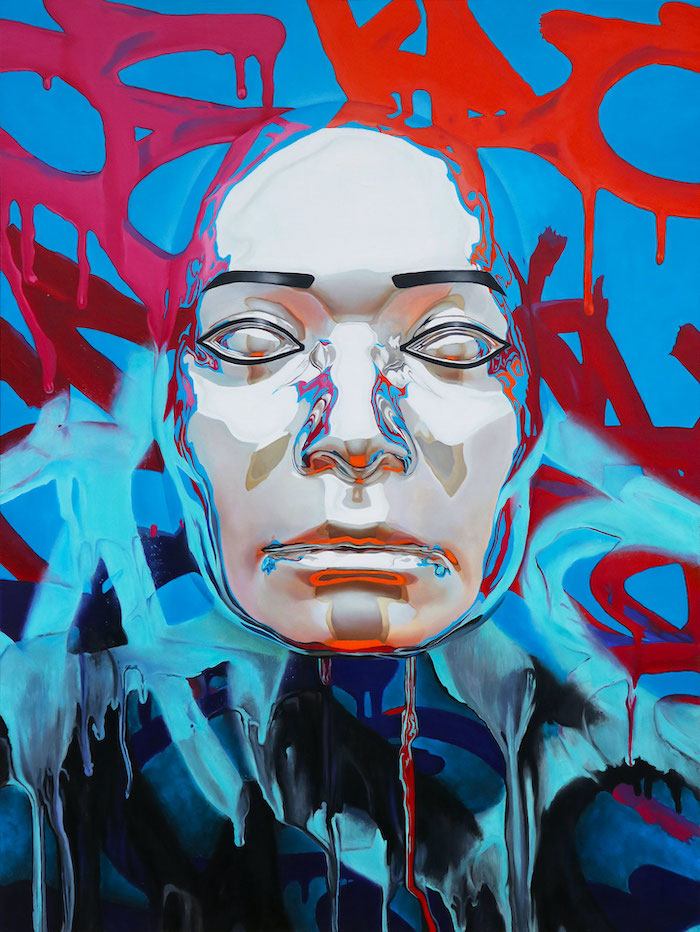 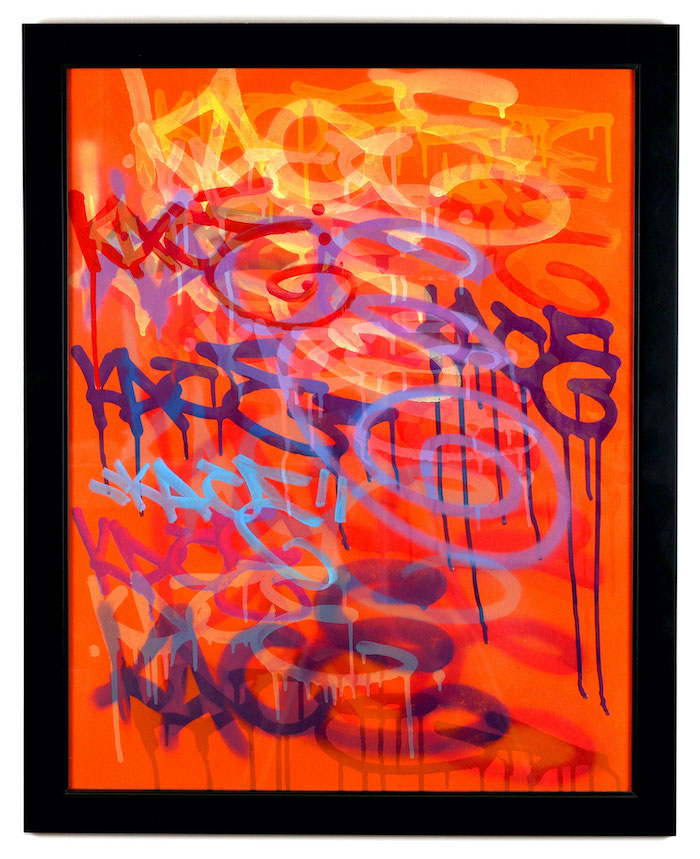 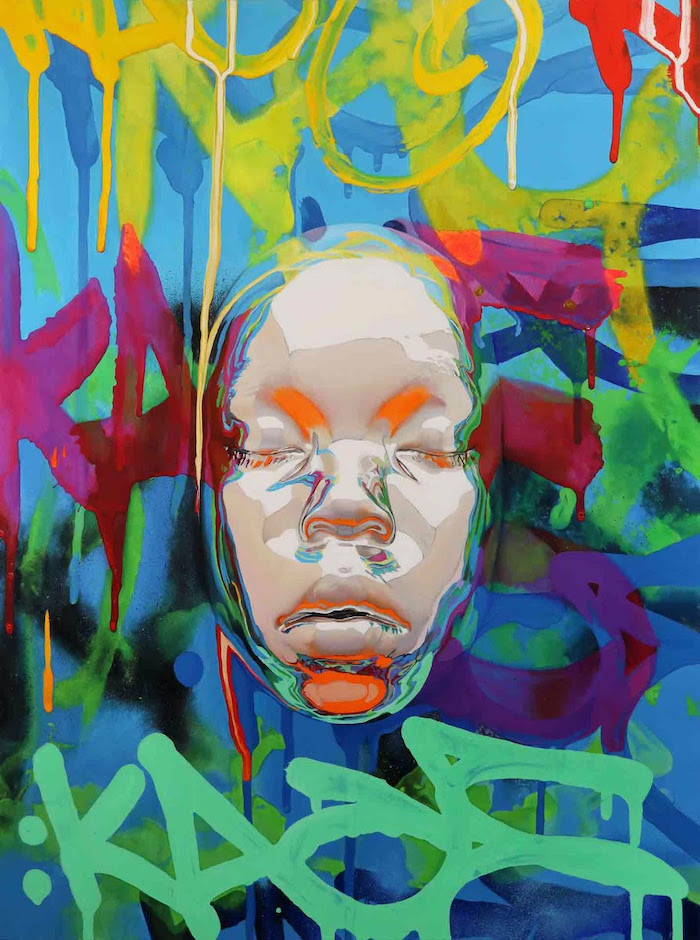 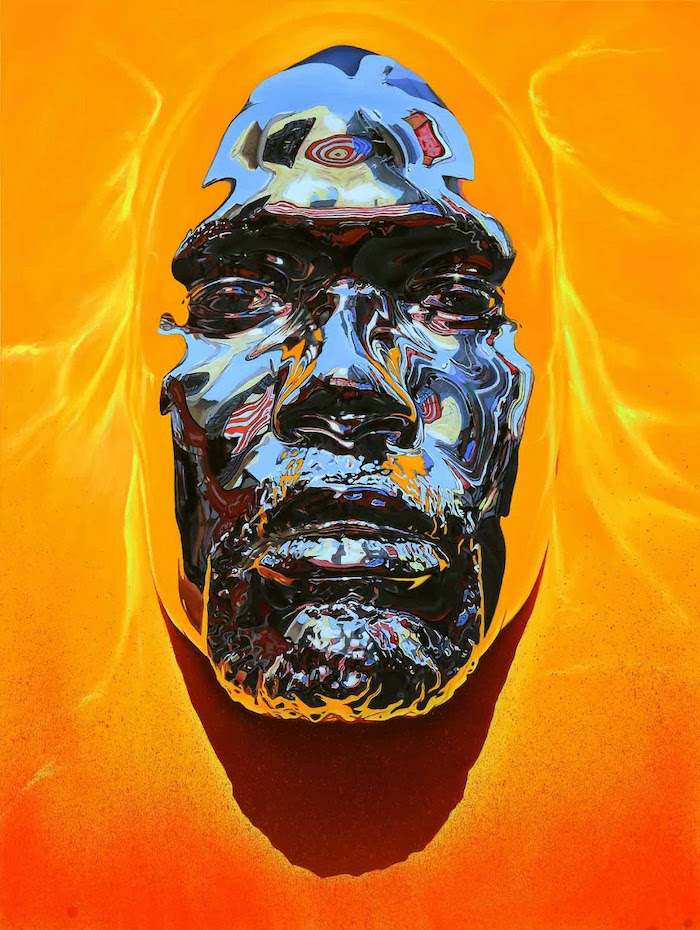 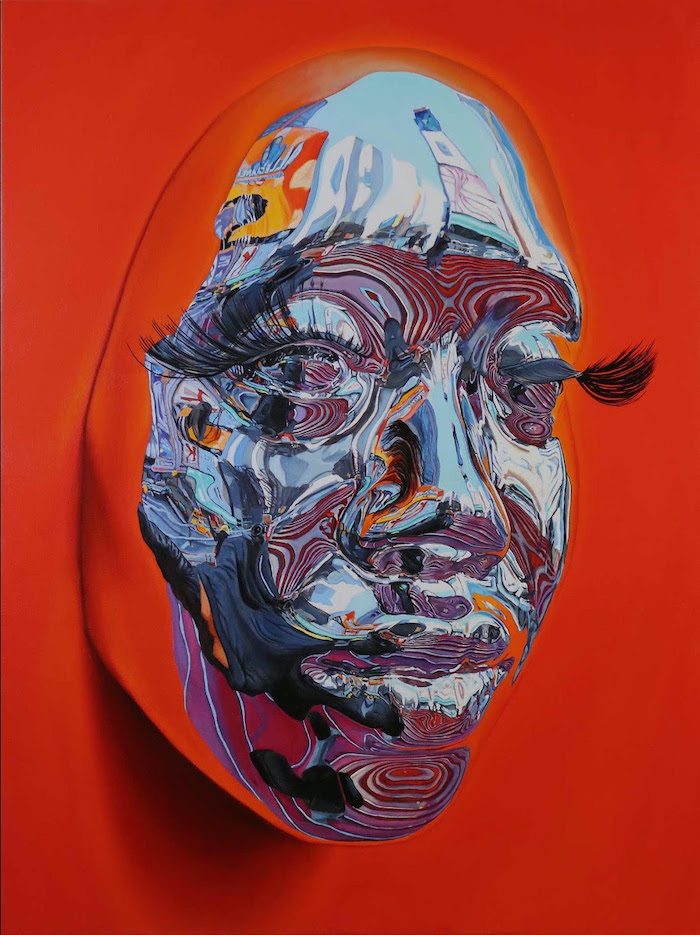 Jonathan LeVine Projects is pleased to present Masks: Portraits of Times Square and Luxury Graffiti, a solo exhibition of new works by Kip Omolade, through October 4, 2020. Omolade is known for his ongoing series of hyper-realistic oil paintings. His process for each work involves creating a face mold of his subject, casting a resin sculpture and applying a chrome finish. The resulting sculpture serves as a three-dimensional reference for the portrait.

In this exhibition, Omolade’s technique has evolved further by adding landscape elements and expanding the field of vision to include a surrounding environment behind the viewer. In some works, multi-layered graffiti and paint drips form a textural contrast between the smooth faces and their brightly-hued backgrounds. In others, iconic Times Square cityscapes are rendered to appear distortedly on the contoured, reflective features of the subjects.

Omolade describes his experience of working on this exhibition “against the backdrop of a pandemic and social protest on a global scale,” and explains how themes of isolation and capitalism were originally aesthetic choices that inadvertently took on new context. In his words: “I started these paintings several years ago when 42nd Street was bustling with people. It seemed appropriate to finish them during the COVID-19 quarantine. Ironically, when I photographed the reference shots, I tried to get images without any people in the background. At the time, I was focused on capturing landmarks, the American flag, buildings and billboards.”

Regarding his choice to introduce a graffiti motif, Omolade adds: “In New York City during the 80’s, my tag was ‘Kace’ and I would ‘get up’ on MTA subway car interiors, public walls in Brooklyn and graffiti black books. Throughout the 90’s, I never stopped tagging. Even when I was painting from life, I was still tagging here and there in random spaces. Years later, I produced a real life ‘Kace’—when my twin sons were born, I named them Kent and Kace. The ‘Kace’ tags in these paintings reference NYC subway ‘bombing’ of the 80’s but mostly it’s about legacy. I want my work to represent our shared experiences of the past, present and future.”

As an African American artist, depicting African Americans in his portraiture, themes of racial justice and Black identity are naturally present in Omolade’s imagery. One powerful example of this can be found in his self-portrait, in which a reflection of the American Flag can be seen on the artist’s forehead in the form of a bullseye. Omolade often cites traditional Nigerian Ife masks as an important influence on his artistic practice and meaningful link to his heritage. The use of metallic chrome in place of human skin tone throughout his body of work conveys a futuristic sensibility yet also serves as a vehicle to expose poignant truths about our society through mirror-like reflections of reality.