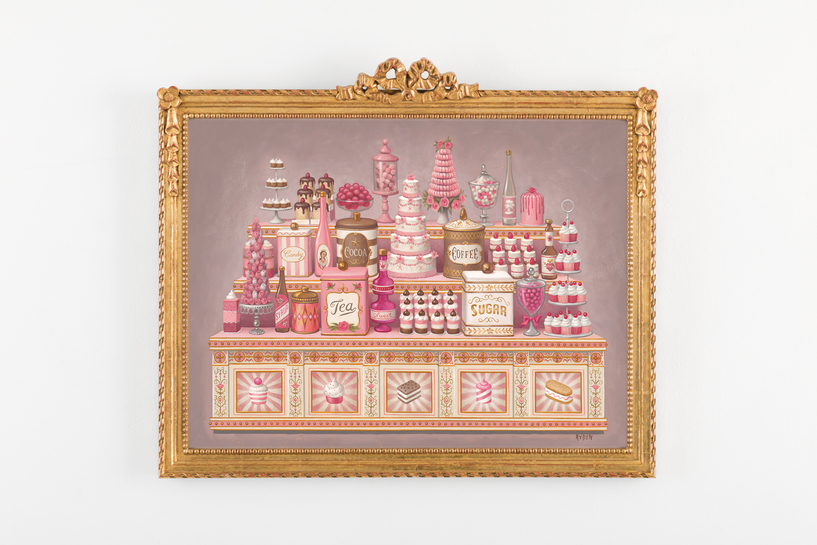 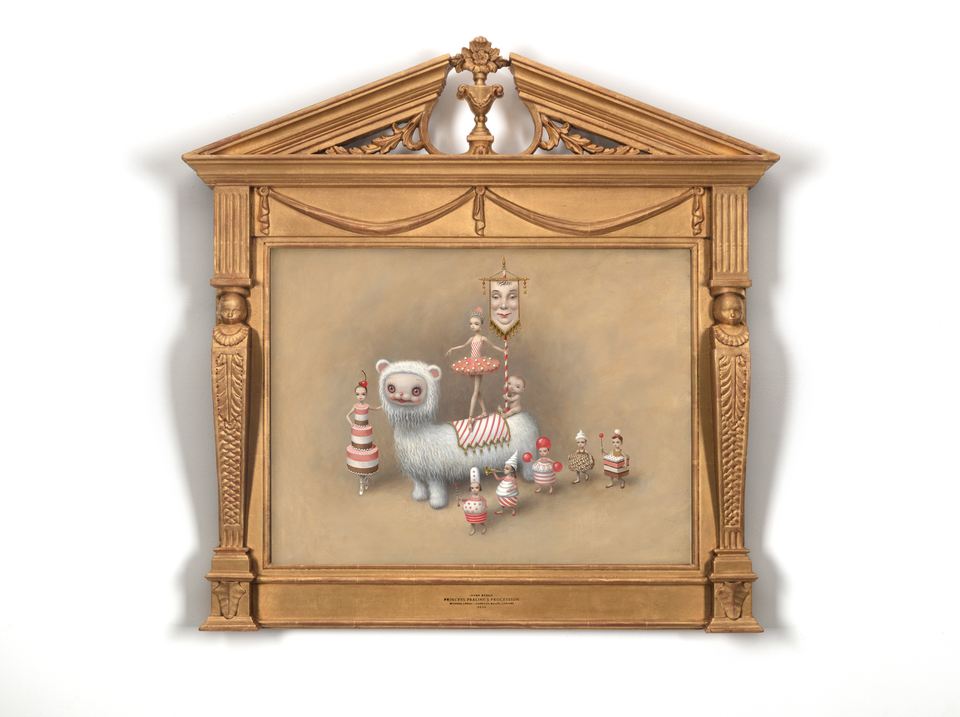 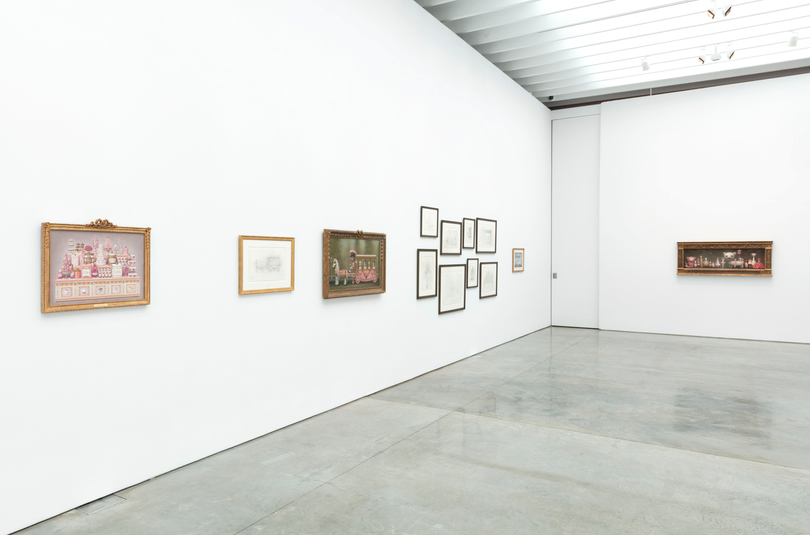 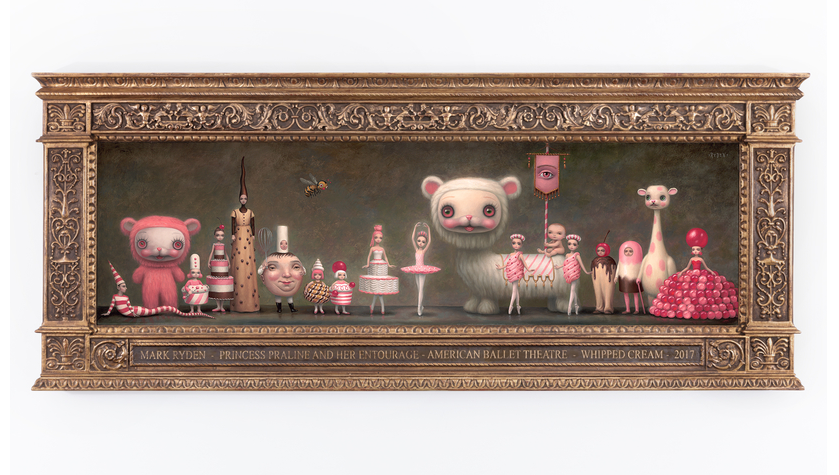 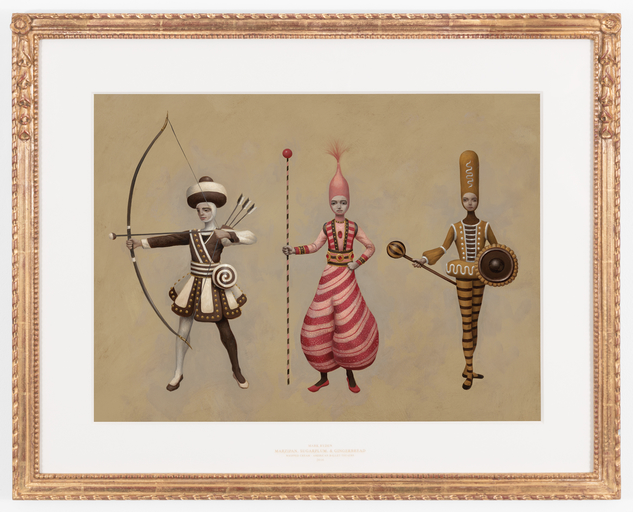 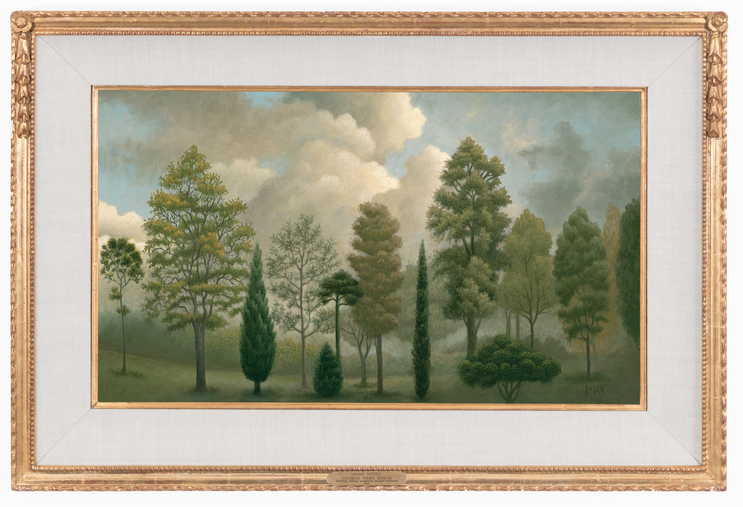 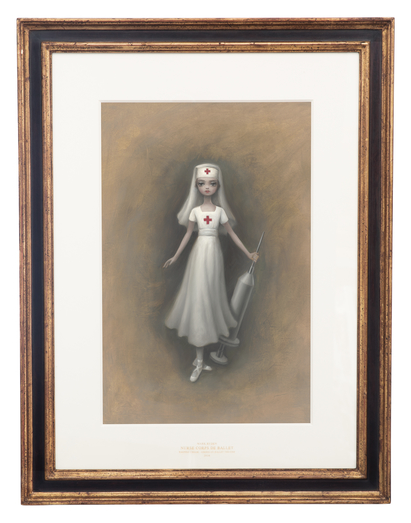 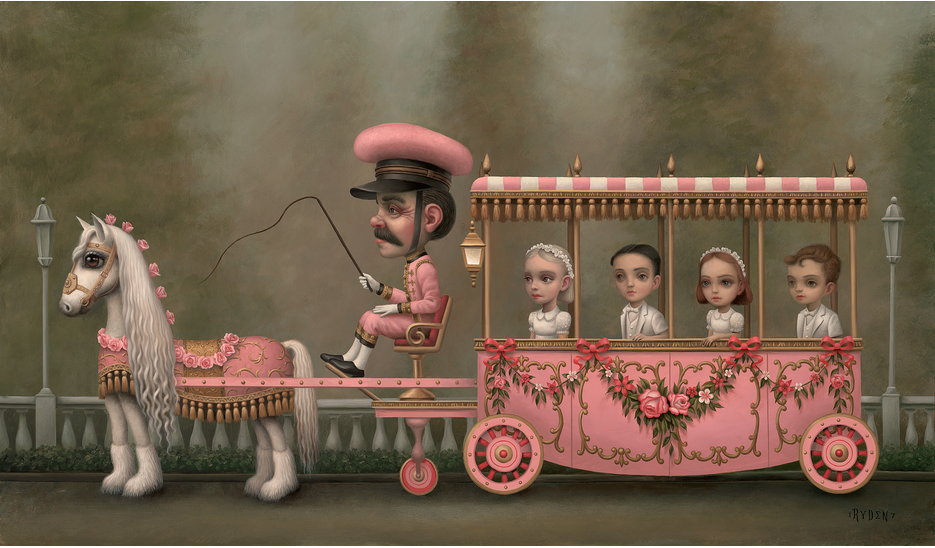 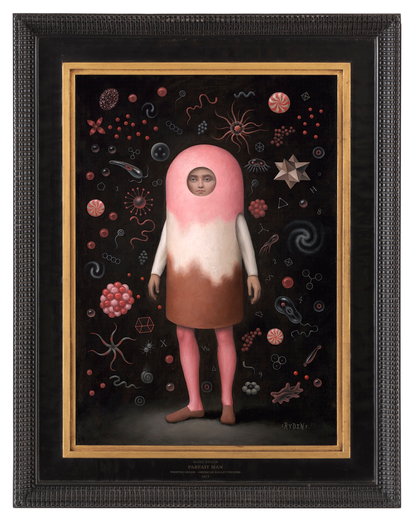 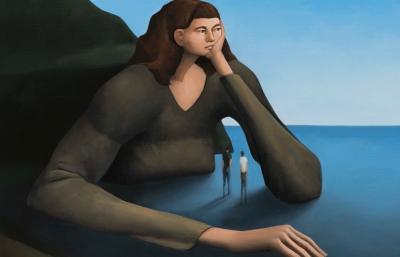 Paul Kasmin Gallery is pleased to present Mark Ryden: The Art of Whipped Cream on view at 515 West 27th Street through July 21, 2017, featuring drawings, sketches and paintings created for the production of American Ballet Theatre’s Whipped Cream. In the June 2017 issue, we sat down with Mr Ryden to talk about bringing his work to life, literally, the act of making his work move with actors and dancers surrounded by his artwork. The following is an excerpt of our conversation with Ryden in regards to the ballet.

Greg Escalante: This show is so monumental and amazing, one can only wonder how it came about. When did you first hear about the concept, and how did they approach you?
Mark Ryden: I was originally contacted about two years ago via email by Benjamin Millepied, the famous ballet dancer and choreographer (and famously, Natalie Portman’s husband). He was reaching out on behalf of the choreographer Alexei Ratmansky, asking if I would be interested in doing the design for a ballet. Hollywood people have approached me repeatedly over the years, and I always resisted getting involved in that world, but a ballet seemed like it might be a really interesting departure from my usual work and not have the soul-sucking nature of Hollywood. Ratmansky and I met in person for the first time at one of my favorite places, the Paris Flea Market, in the fall of 2015. He told me all about this forgotten ballet and what he had in mind to resurrect it. We got along really well, and the project seemed fascinating! I met with the American Ballet Theatre production team in Costa Mesa that December, when they were doing their annual Nutcracker. Fifteen months later, we have our ballet.

Wow! There must have been some magic chemistry occurring there, that's for sure. So, once you started on this venture, how did you fit it into your already busy schedule? What were your days like once you made the commitment?
I had that meeting with the production team literally the day after I returned from Dodecahedron, my last exhibition in New York. The timing worked out well because I had not committed to another show or project yet, so I began working full time on this ballet that day. The whole time I worked on it, I had in mind that I would also have an exhibition of my paintings and drawings from the project. This work will be shown at Paul Kasmin Gallery in New York the weekend of the ballet's premiere at the Metropolitan Opera House. There will also be a simultaneous exhibition of some of this work at a gallery space there at the Met Opera.

Last year was, indeed, busy. We moved from Los Angeles to Portland in the fall. When you visited the house in LA, you saw how much junk I have, so you have some idea of the monumental task involved in the move! I also had a major retrospective at CAC Malaga in December. I am definitely ready for a break.

The ballet was amazing in that it looks like you were in charge 100% and that you took this challenge very seriously. You saw the potential of what it could be. To me, like your Sistine Chapel, it was like the biggest, best Mark Ryden painting come to life times ten. I never really got ballet, but in Whipped Cream, ballet finally worked for me, and created the Ryden painting of my dreams coming to life with music, dance and movement. I expected to see maybe just a few elements of Ryden influence. Instead, you were in complete control, creating Whipped Cream with your signature insane attention to detail in every aspect. Explain how this could happen without you actually pointing a gun to people’s heads?
The simple answer is because of Alexei Ratmansky, the choreographer. He is a superstar in the world of ballet, and there is a good reason for this. He is a true genius, and his accolades are well deserved. People use the term “genius” lightly, but in this case, I sincerely mean it. You can observe how everyone around him reacts to his brilliance. What he wants is respected and honored, and I am very fortunate he wanted me to design this ballet. Beyond that, I have to also give credit to the entire production crew at ABT. Jamie Whitehill, the director of production, was very patient and diligent about seeing my designs implemented as closely to my intentions as possible. Because I had no prior theater experience, an experienced set designer, Camellia Koo, was brought in, as well as a professional costume designer, Holly Hynes. They were both great about seeing my designs through as we worked with dozens of fabricators. I have to say, I was surprised myself at how willing everyone was to go along with whatever I threw at them, including snow yaks and candy worms. There was a wonderful working rapport with everybody on this production.

This article was originally published in the June 2017 print editon of Juxtapoz.