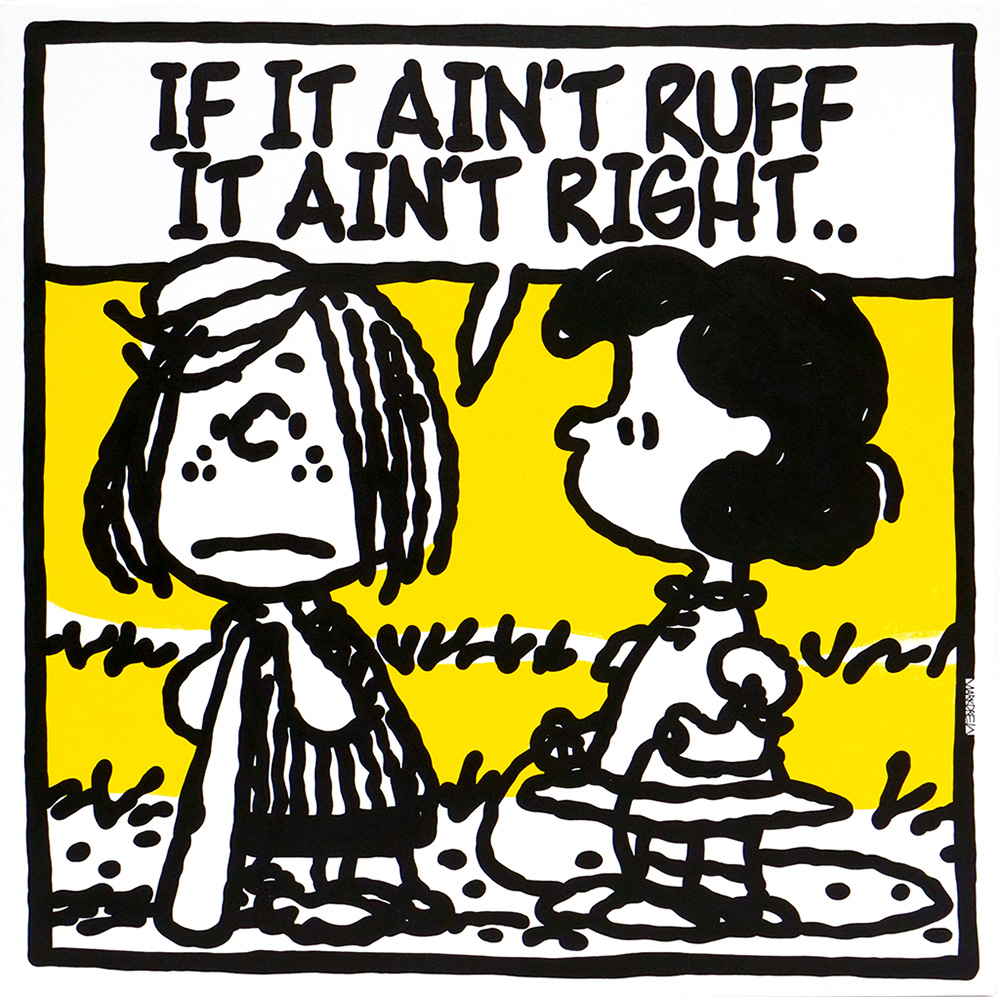 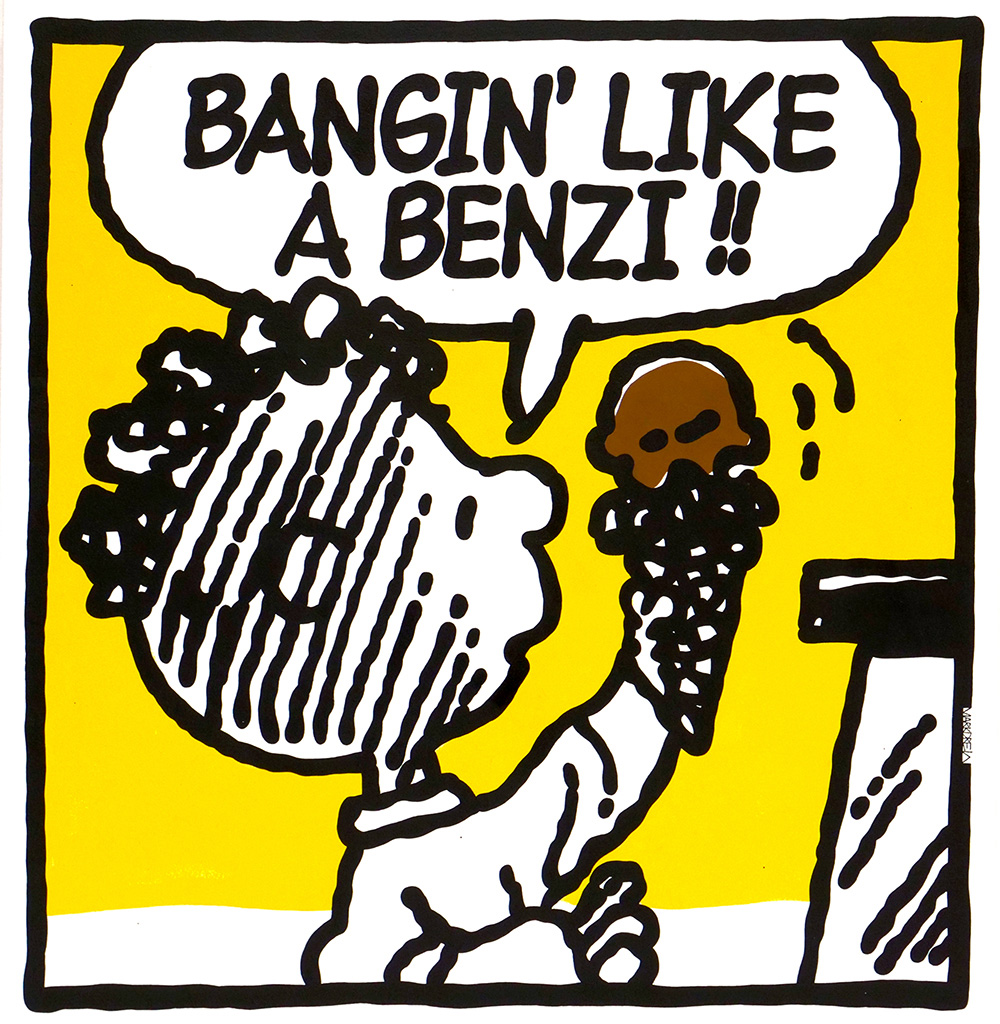 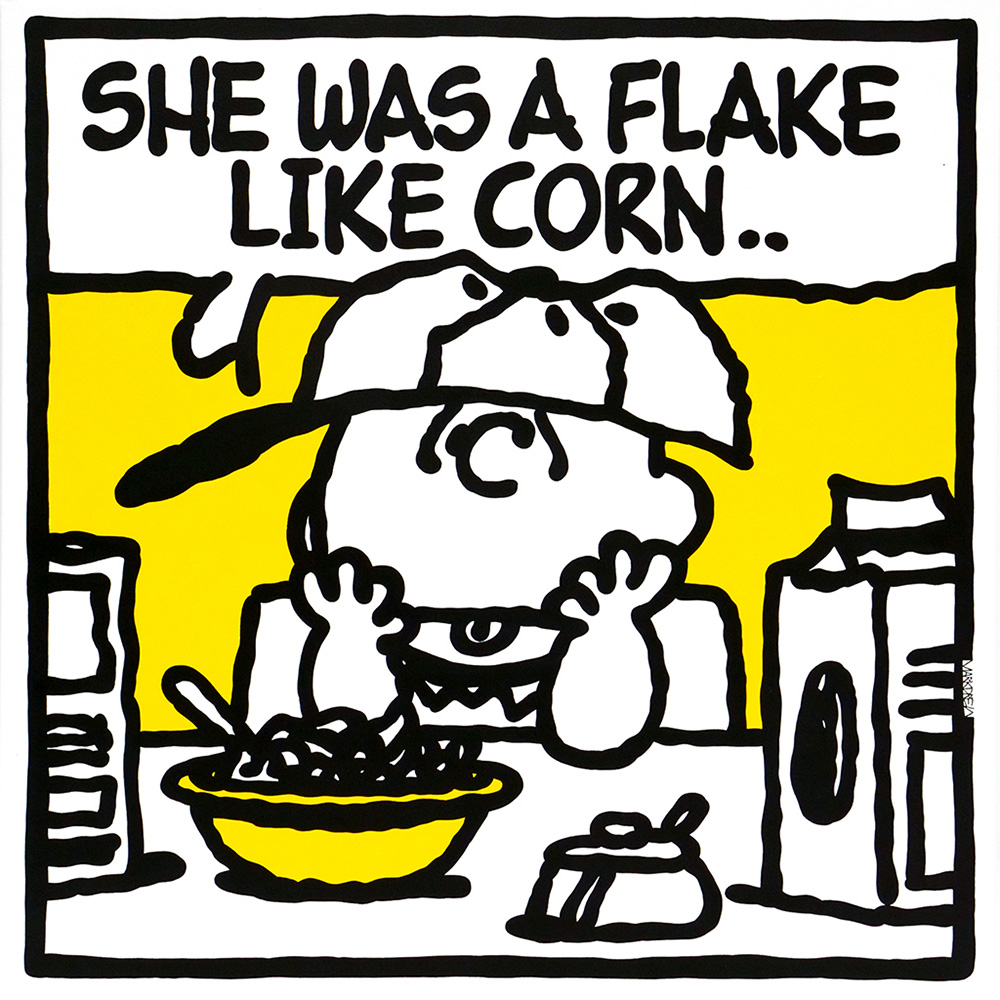 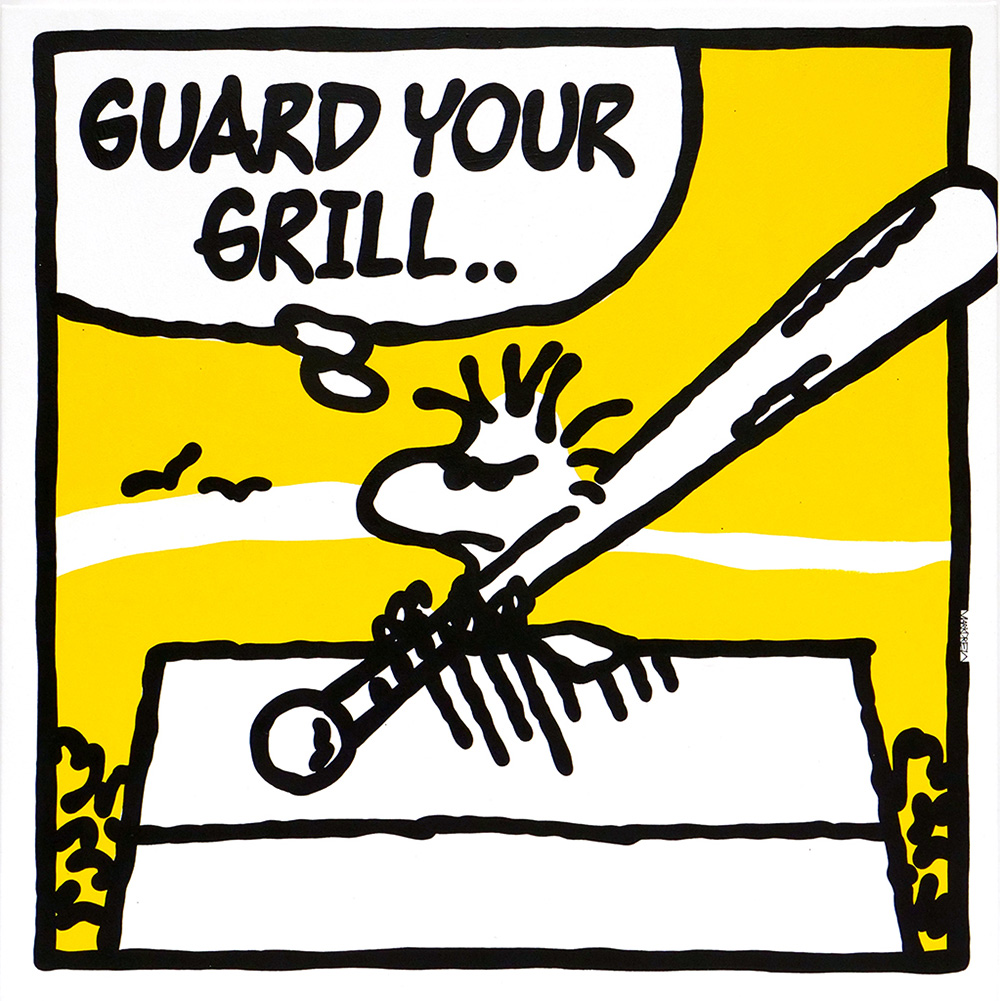 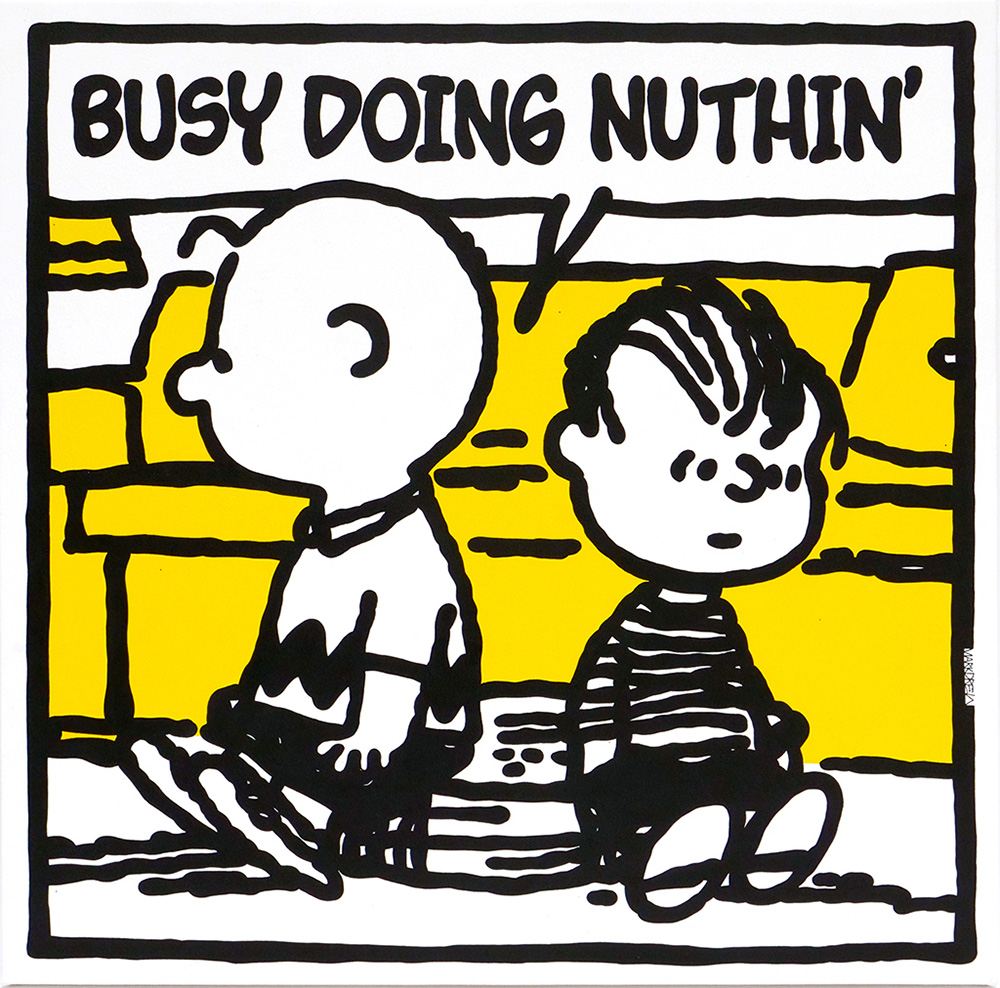 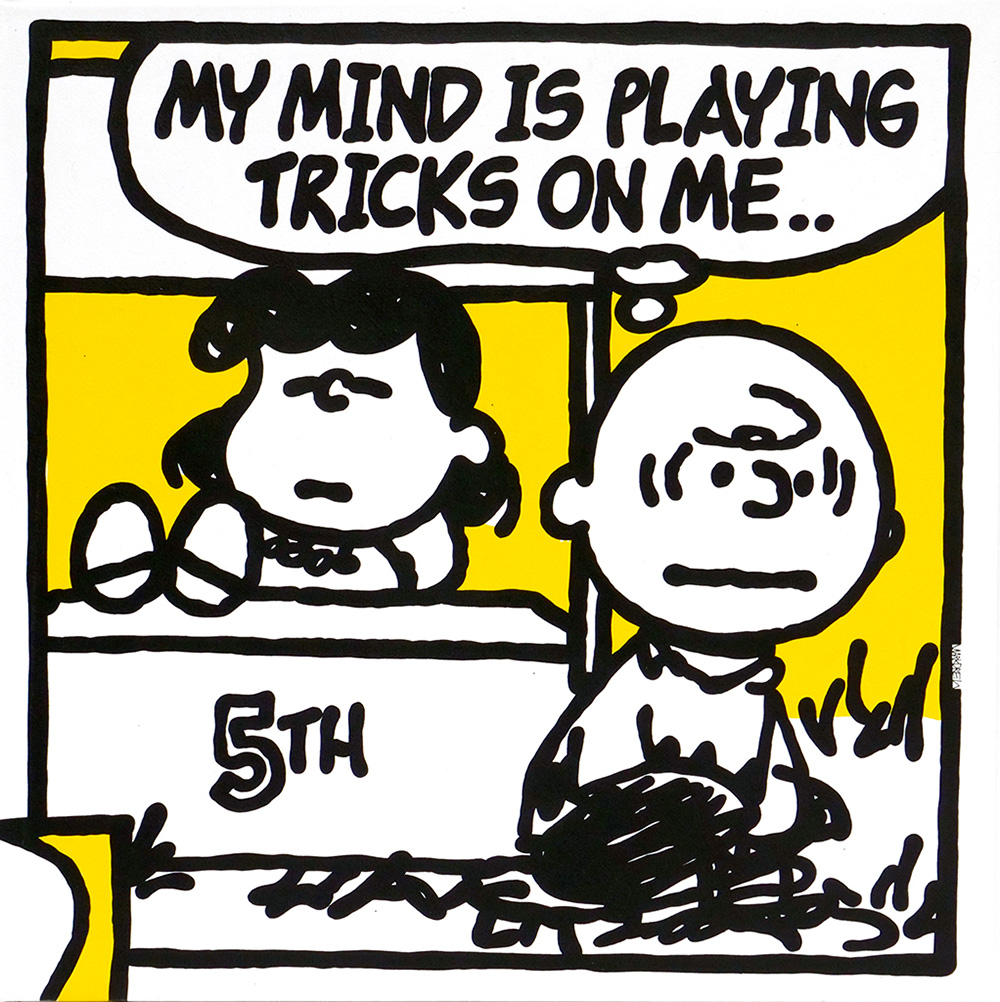 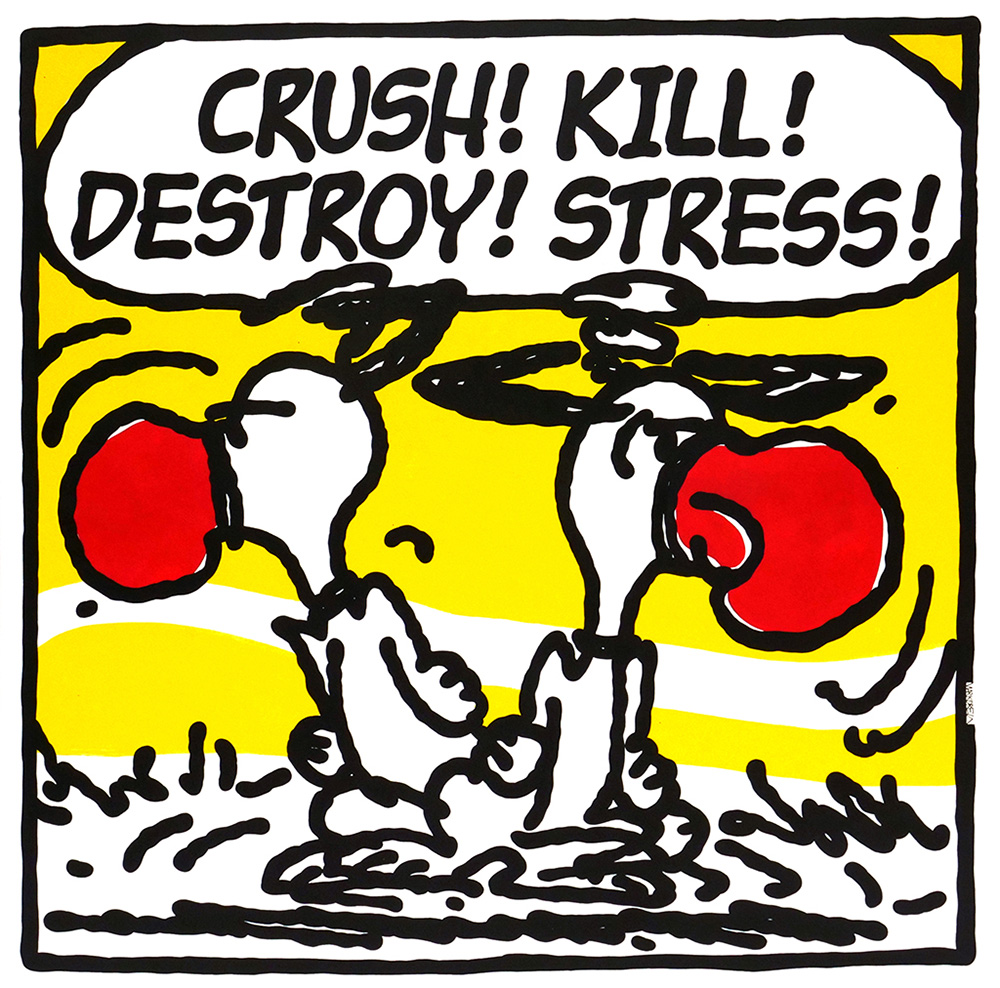 Mark Drew is coming to Spoke NYC this May for his latest show, What Goes On? which will be the Tokyo-based Australian artist’s inaugural solo exhibition at Spoke Art. His ongoing series of paintings combine and re-contextualize two distinct elements; characters from the beloved Peanuts gang and 90’s rap lyrics, and his narrative-based work takes on the format of a comic still, using rap lyrics as dialogue for Peanuts characters.

As is common practice in hip hop music production, the artist “samples” rap lyrics and characters from the Peanuts gang, redefining the meaning of both. Ranging from the existential to the absurd, the artist creates a new universe for the wholesome Peanuts characters, calling to question the meaning of life, perseverance, relationships and loyalty. Consisting of 13 new acrylic paintings, Drew uses a limited palette comprised almost exclusively of black, white and yellow. The artist’s largest work to date, titled Maintain (Nas) will be exhibited, depicting Linus kneeling in prayer at his bedside, supplicating for strength to “maintain.”

About the exhibition, artist Mark Drew states, "The 90’s rap music I surround myself with is made up of layered samples from older music (and often a different genre). Taking a drum beat from one record, and adding a vocal or riff from another to form something new. To paraphrase RUN-DMC: making something out of nothing, or expressing yourself with what you have readily available. My art practice follows a pre-2000s hip hop approach, visually sampling and re-presenting these unrelated and personally nostalgic things as one."