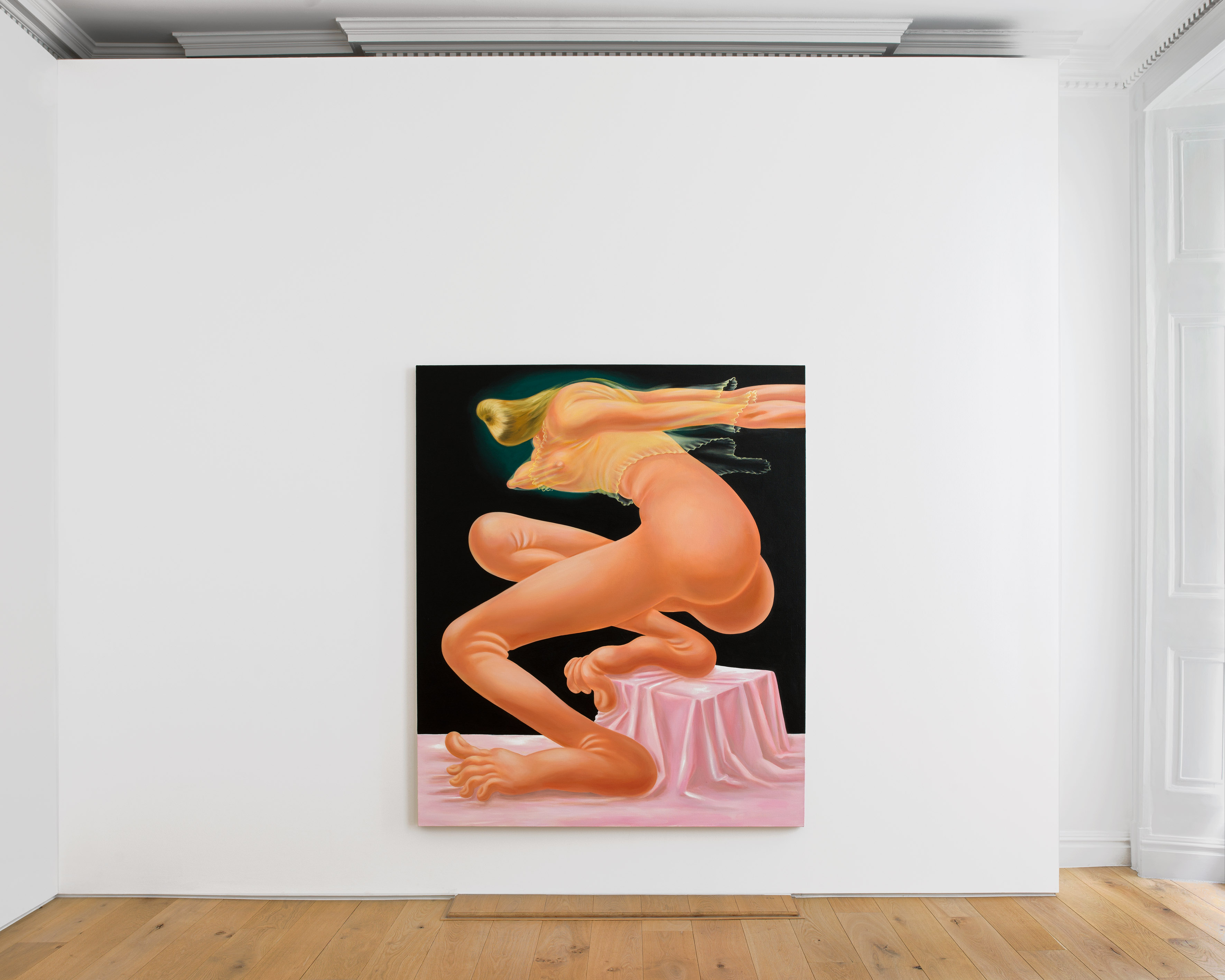 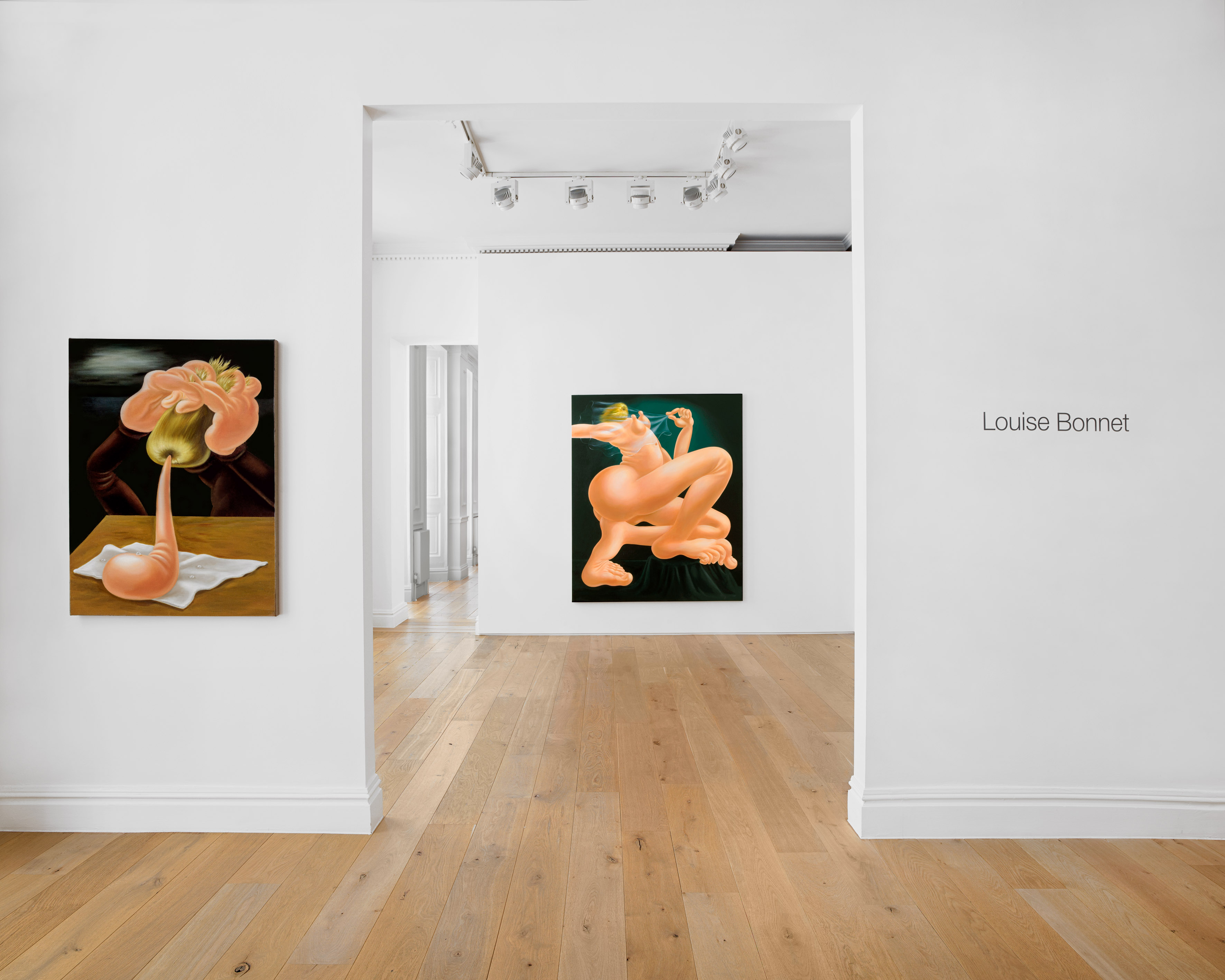 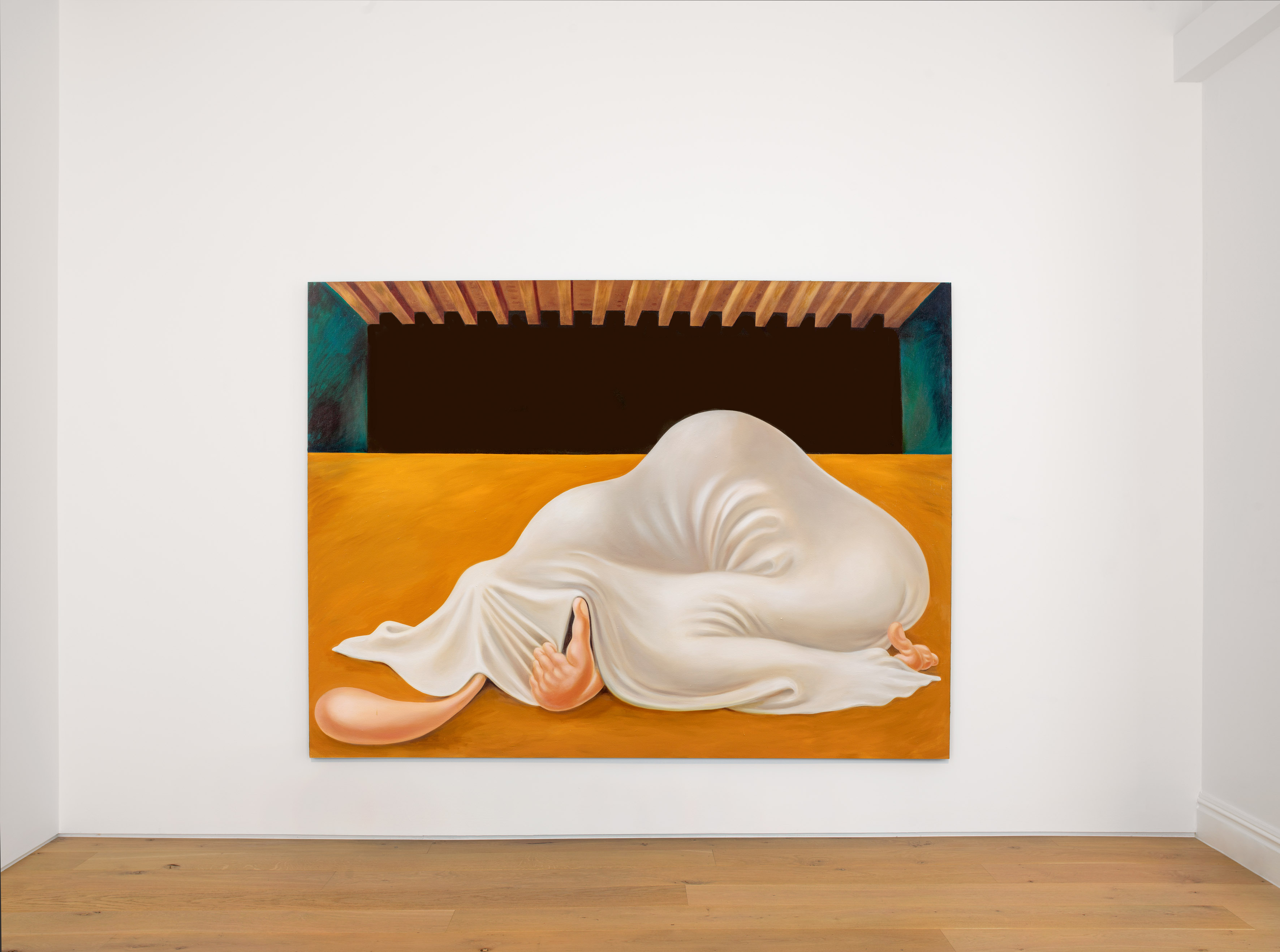 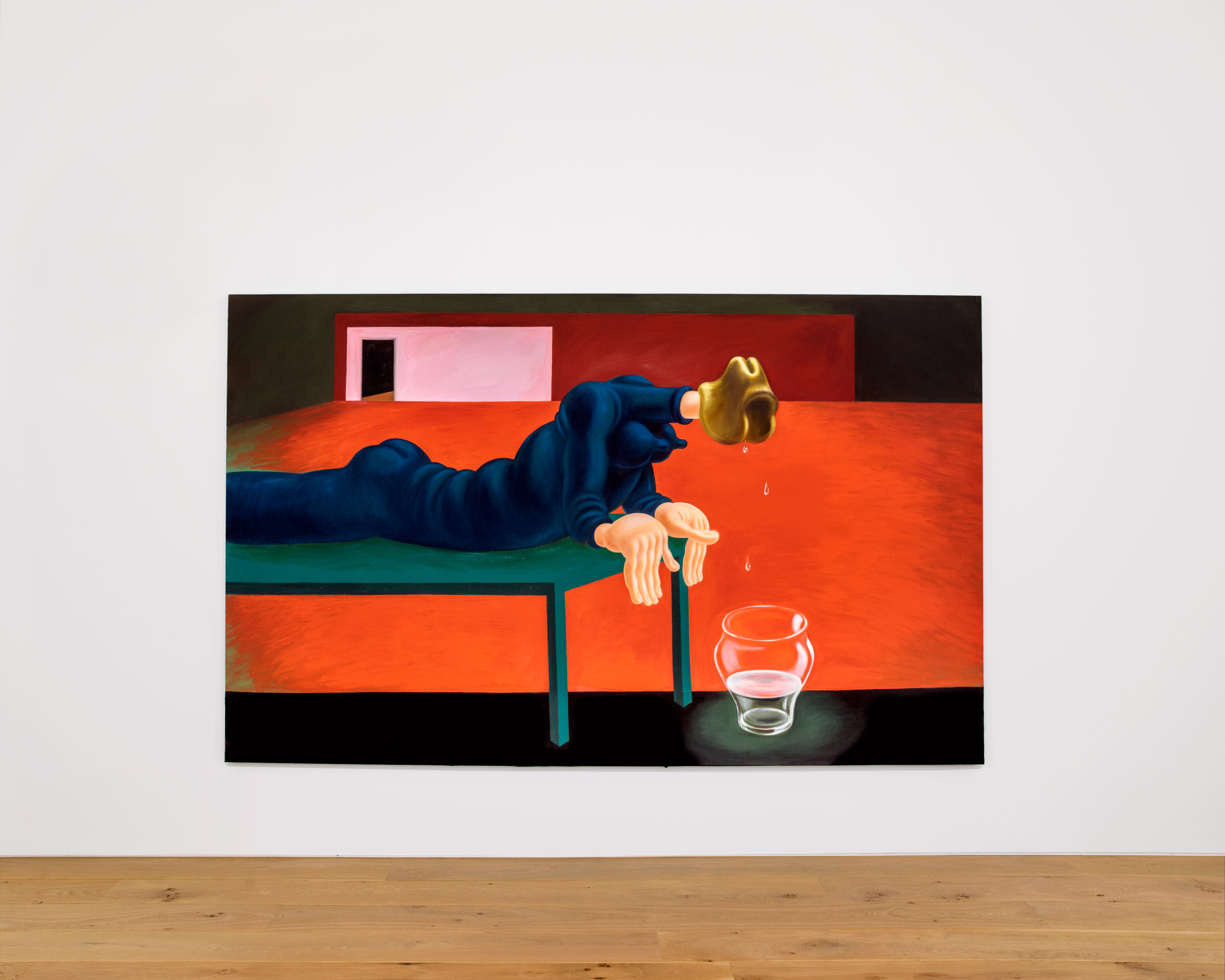 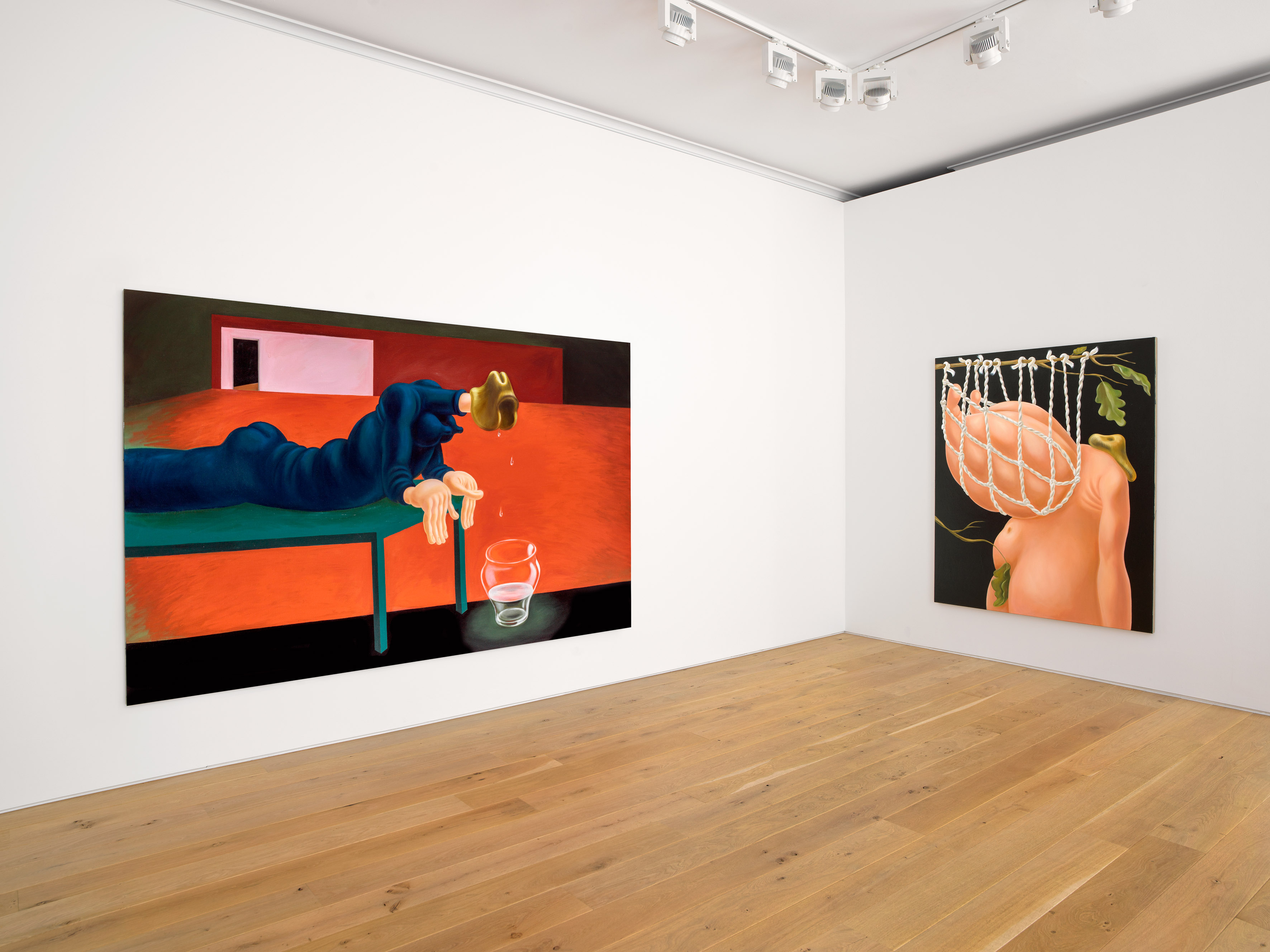 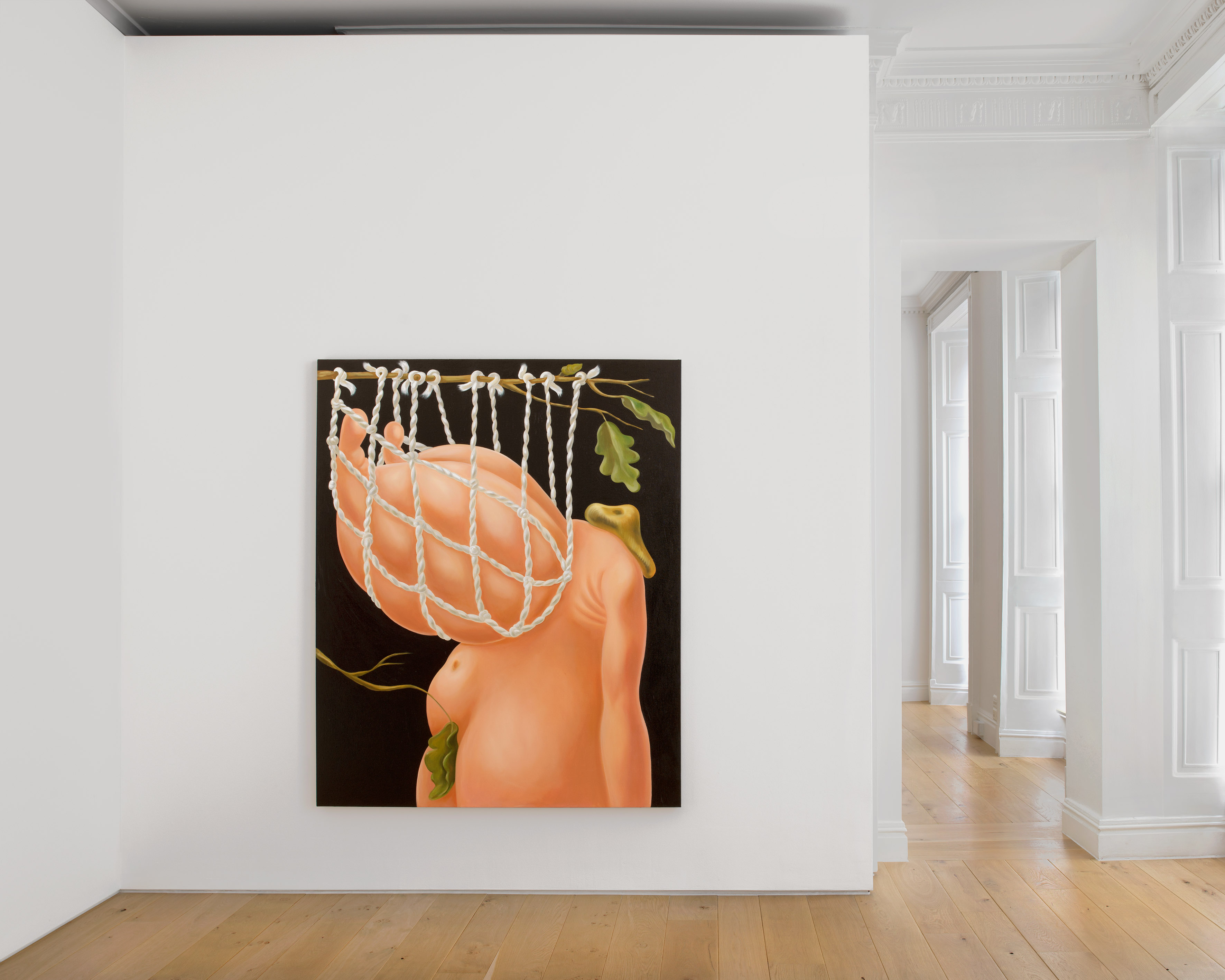 After a solo debut with the gallery's Berlin base two years ago, Louise Bonnet recently opened at Galerie Max Hetzler in London, marking her first solo exhibition in the UK. Seven new, mostly large-scale paintings all featuring her signature portraits of flexible fulsome figures.

"I’m interested in containment, in things right on the verge, in the frozen moment before something explodes, in the shame and humiliation when we are unable to control our bodies or feelings," Louise Bonnet told Juxtapoz about the core of her work, which balances on the slippery slope of pleasure and pain, funny and troubling, the comic and vexing. As she explores these feelings through a series of signature faceless figures with comically exaggerated limbs, the LA-based artist essentially portrays the "weight of human stresses and emotions in physical form." Rendered in oil, the seemingly lighthearted scenes articulate.

The burden and freedom of the human body is an ongoing interest for the Swiss-born painter, who ties with rope, swaddles in a blanket, constricts in a turtleneck or drapes with a light shirt, the various postures become metaphors for the load we carry in our minds. Usually portrayed as solitary beings who find themselves in placed situations or settings, Bonnet's bodies express fascinating narratives. Whether under the covers or cozily being along, camouflaging bodies with light fabric or flaunting them, her suggestive titles add even more interest. Funny and unabashedly indecent at some level, Bonnet celebrates the human freedom to make and enjoy art. –Sasha Bogojev

Louise Bonnet: New Works is on view at Galerie Max Hetzler through February 27, 2020. 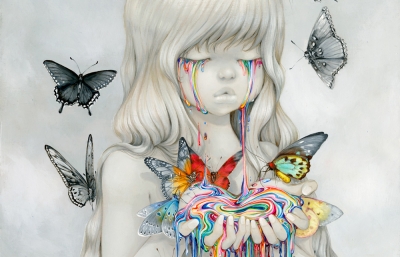 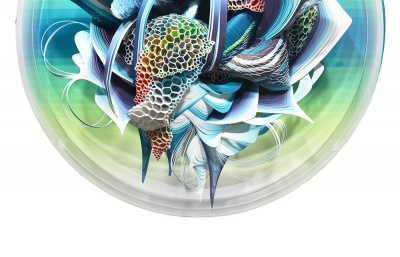