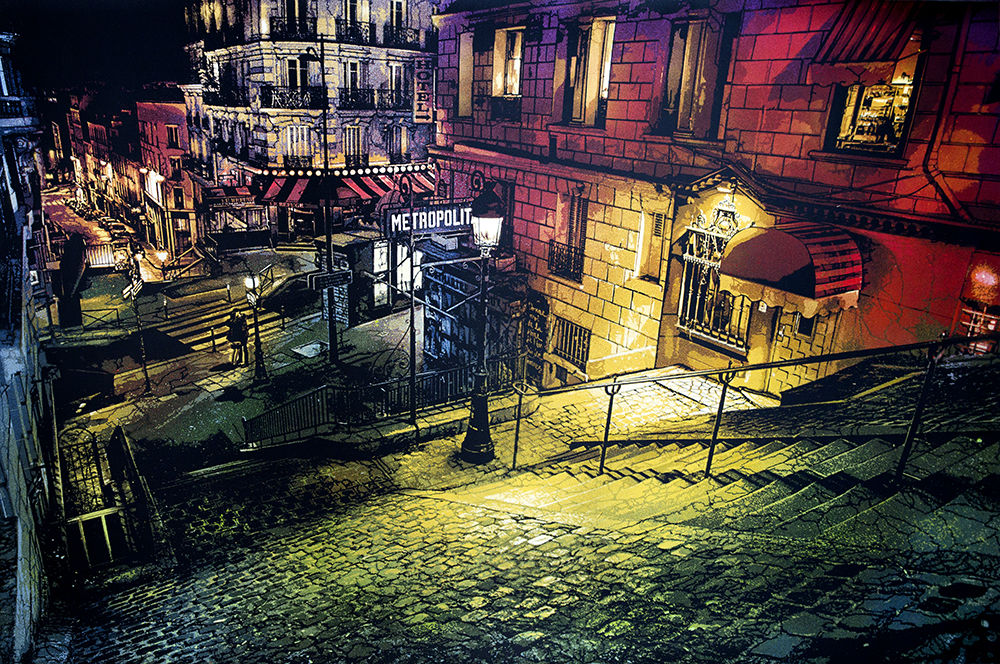 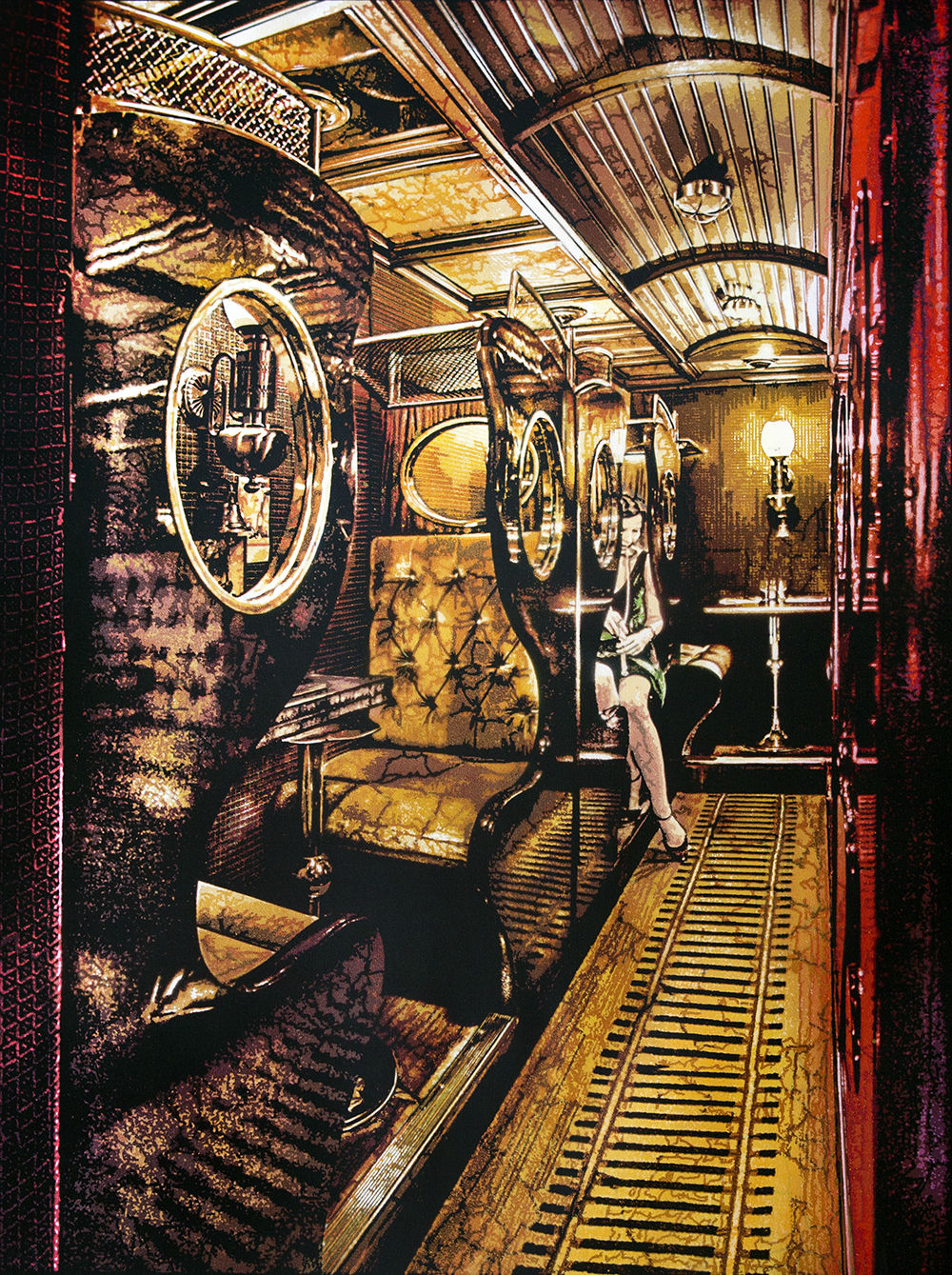 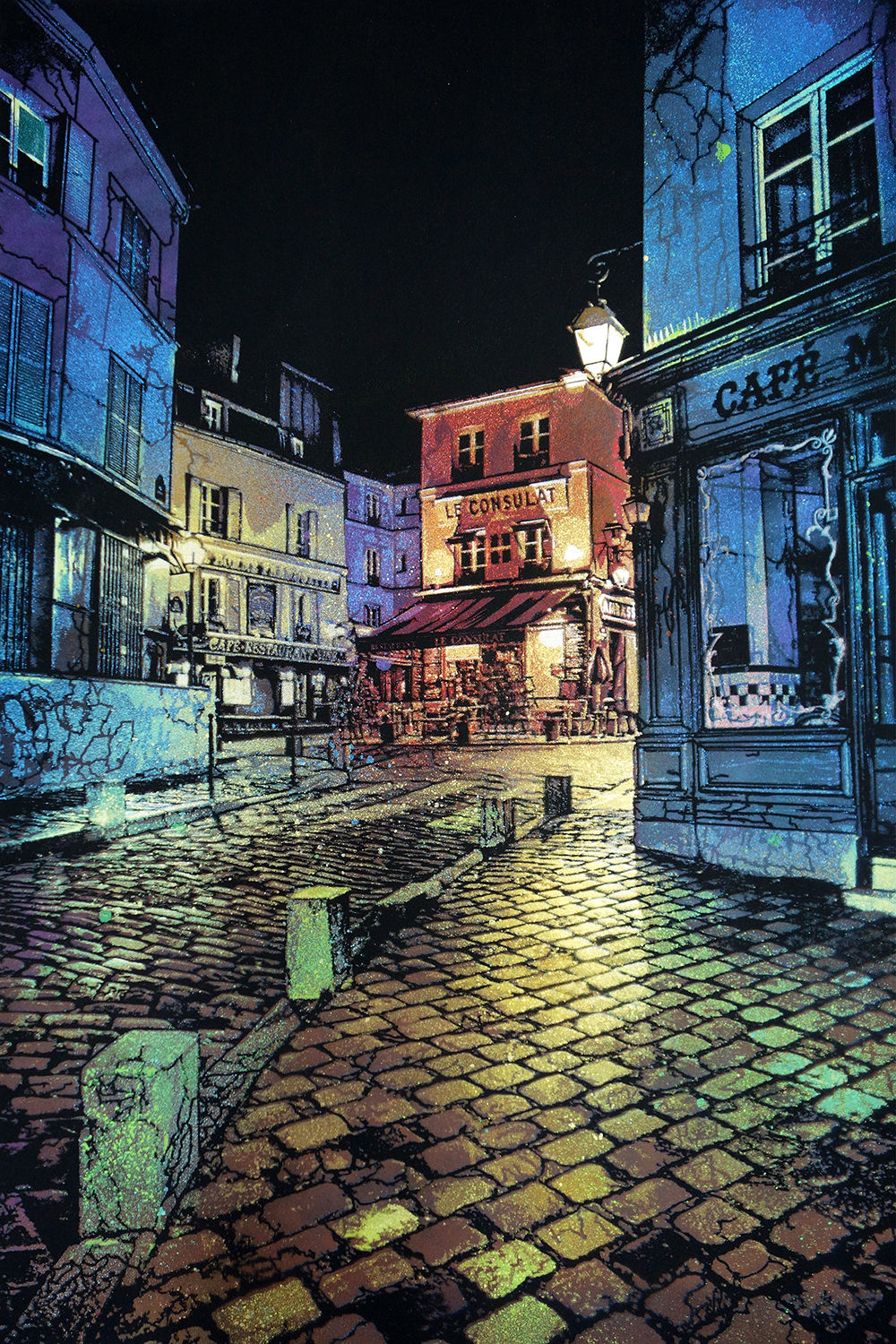 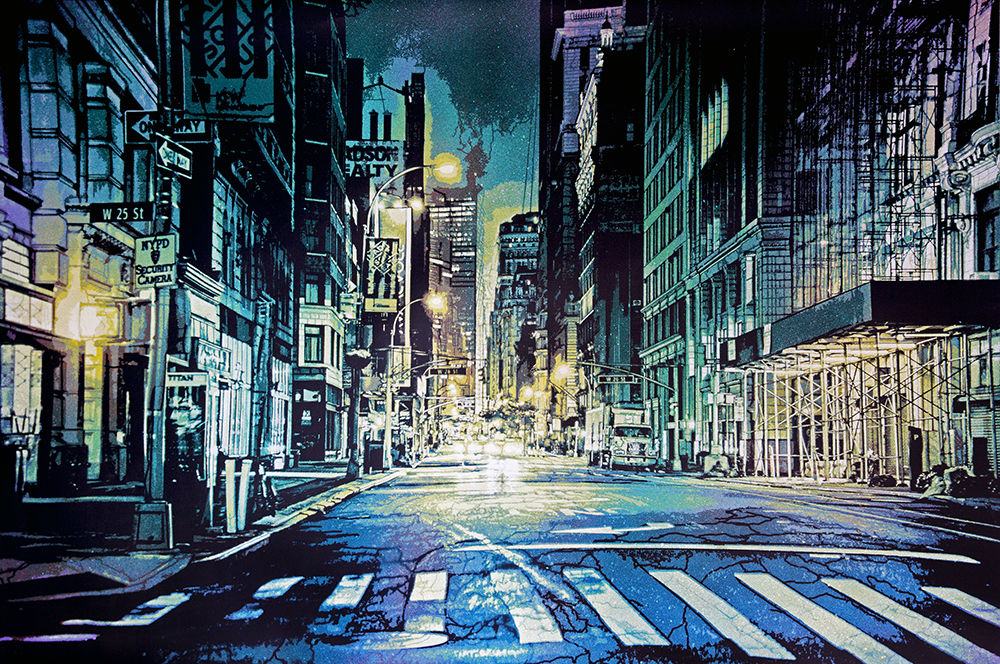 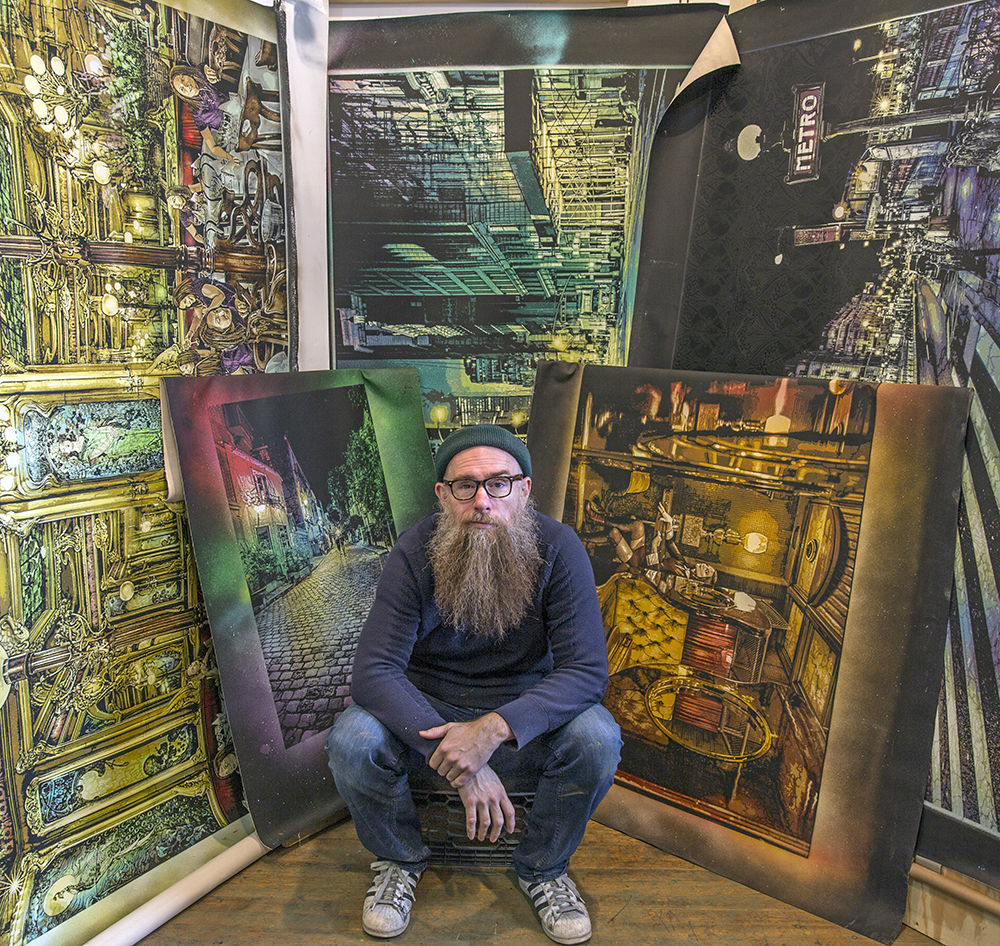 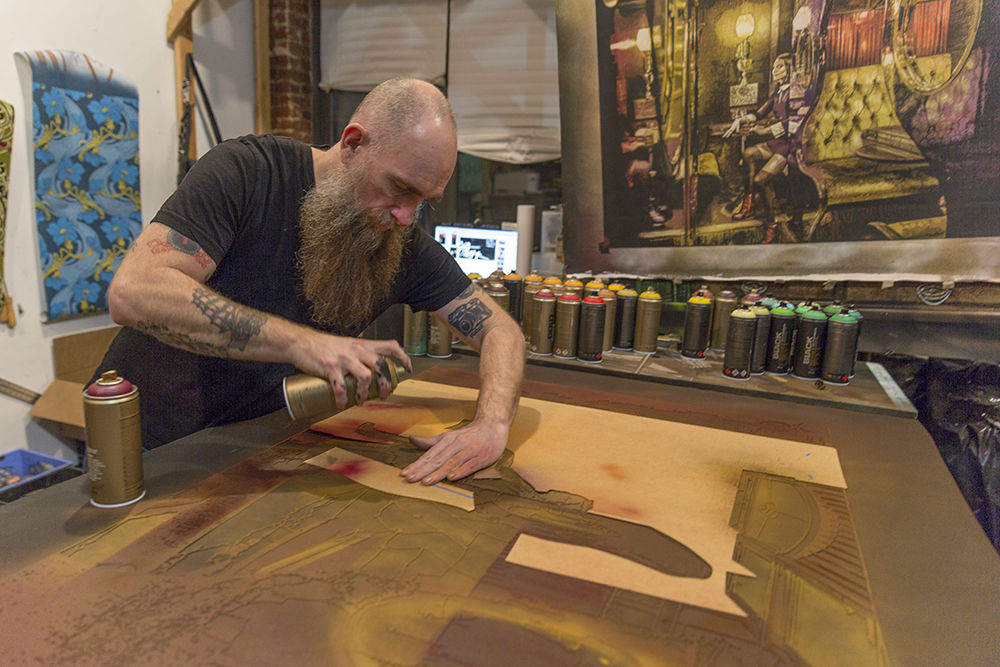 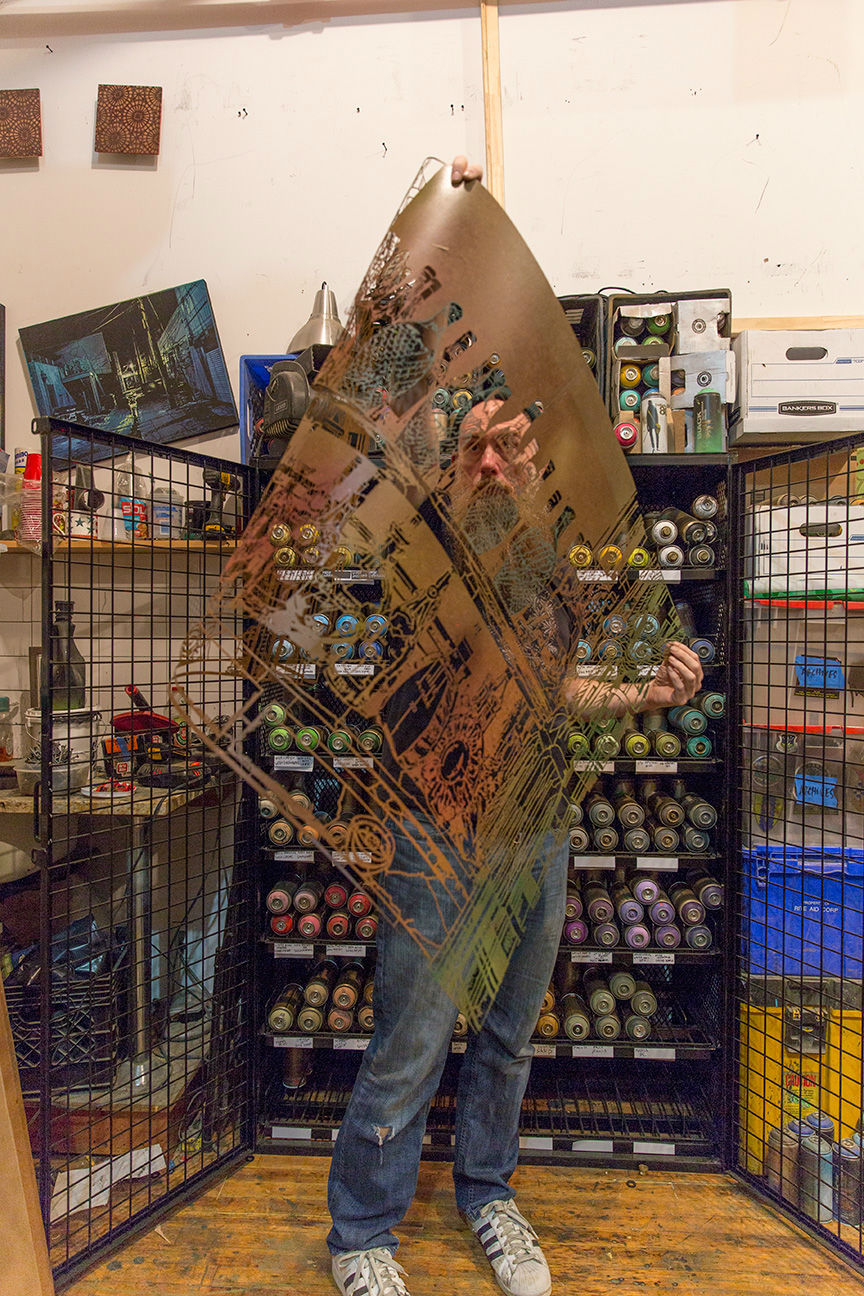 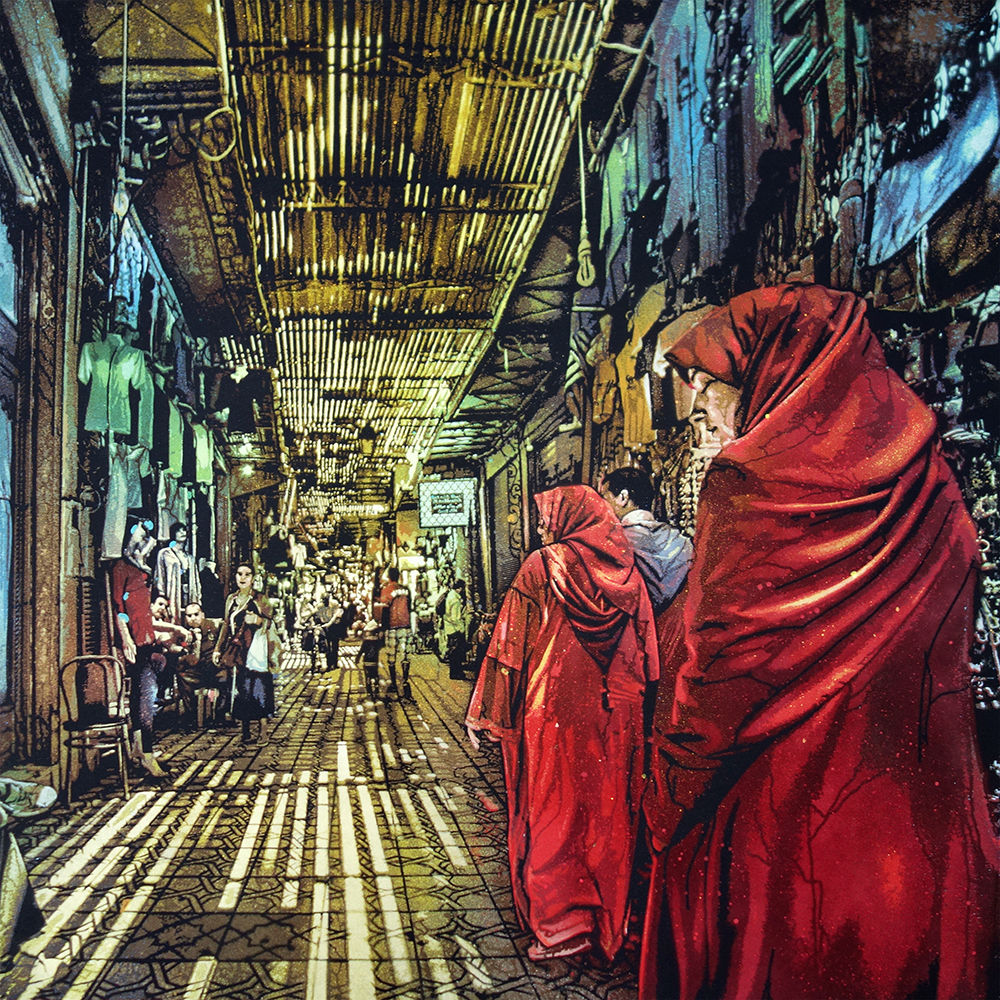 Logan Hicks, pioneer and progenitor of the multi-layer stencil, and prolific artist, is exhibiting a new selection of works titled Light Seekers and Night Crawlers, at Galerie Openspace in Paris. This exhibition will feature some of Hicks' work made during his residency in Paris in 2017, which centers on city streets, often abandoned, that he has photographed and turned into detailed paintings that explore themes of solitude and identity.

Logan Hicks was born in 1971 and grew up in Baltimore. After graduating from the Maryland Institute of Contemporary Art at the beginning of the 90s, he begun as a screenprinter. It was his friend Shepard Fairey who encouraged him to move to San Diego, California, to join the Low Brow movement of the 90s and focus on stencil, which he had just picked up. Through this technique, Logan Hicks wanted to go beyond screenprint and experiment with a more spontaneous approach combining the notion of original and serial artwork. In 2007, Logan Hicks came back to the East coast and settled in Brooklyn, New York. The urban art market was booming and so was the New York art scene with artists like Swoon and Faile. Back then, Logan Hicks was already famous for being the pioneer of multi-layer stencil.

His fascination goes to the exploration of cities, its urban landscapes, its light, its heights and undergrounds. Based on pictures he takes himself, his works count an average of five or six different stencil layers, cut then painted on top of each other to reach the final result. But this hyper-realistic work takes up a new meaning when the artist sprays his colors. Thanks to an exceptional rendering of nocturnal light, the work paradoxically looses realism to reach a deeply poetic dimension.