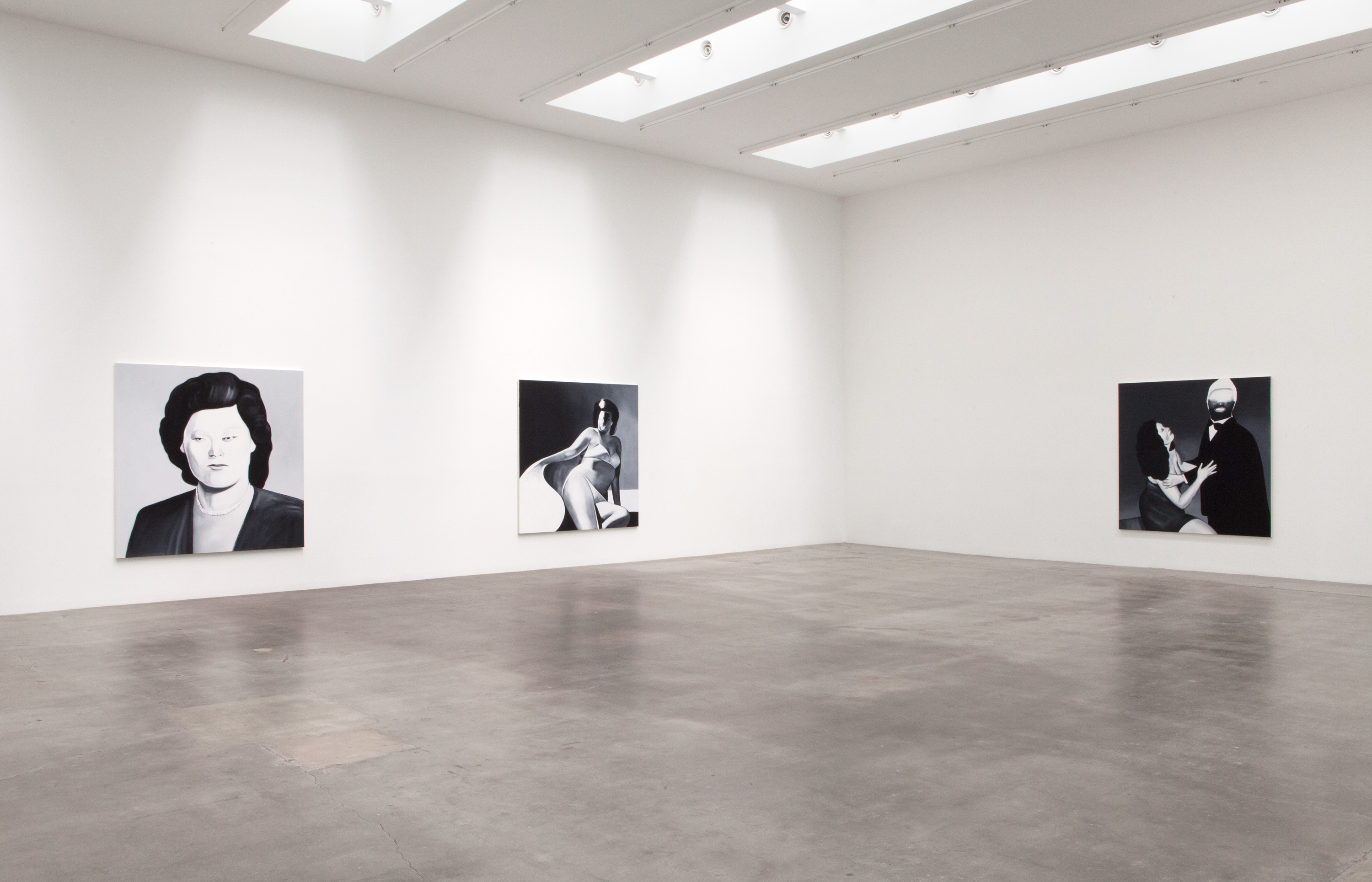 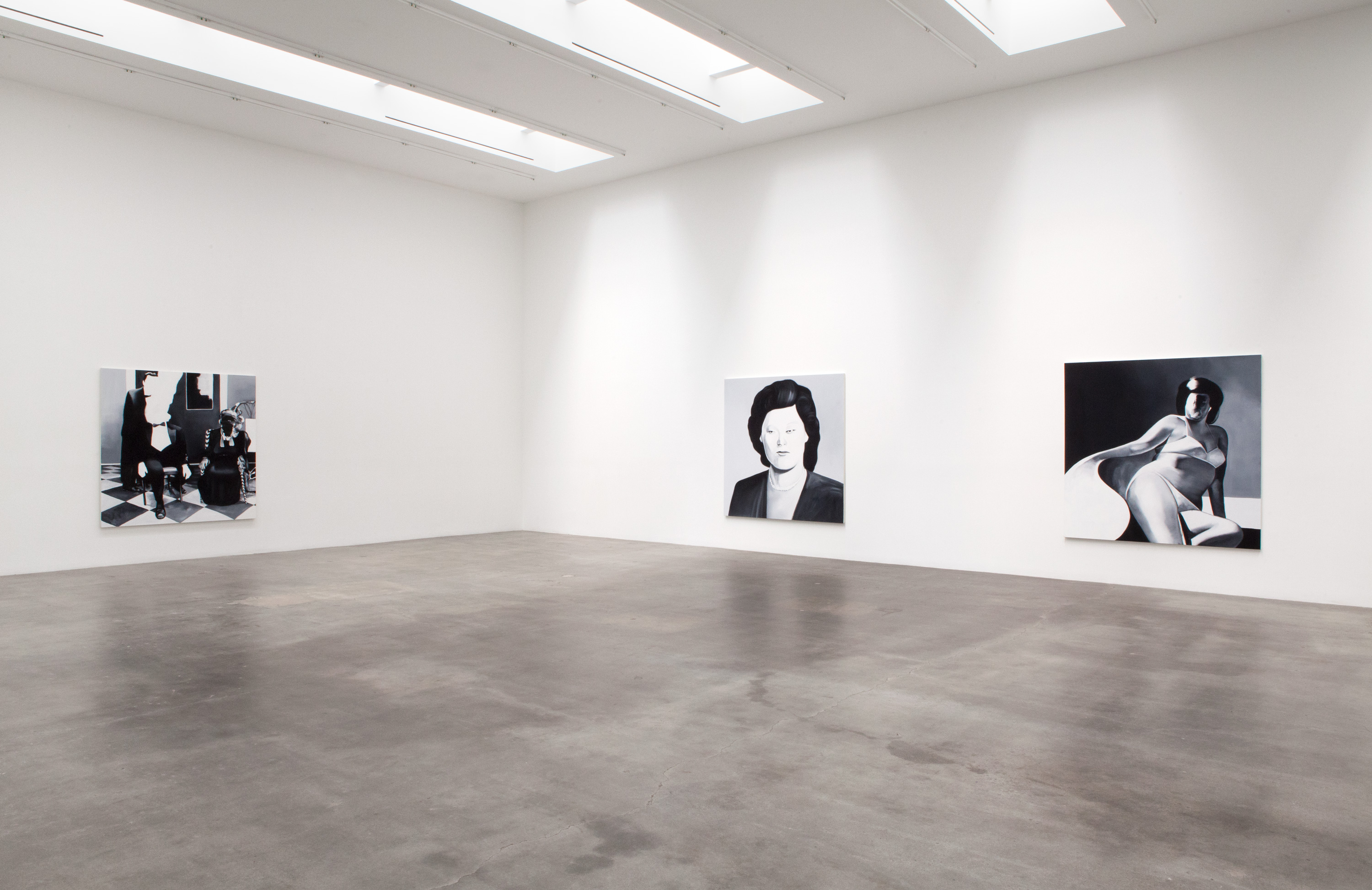 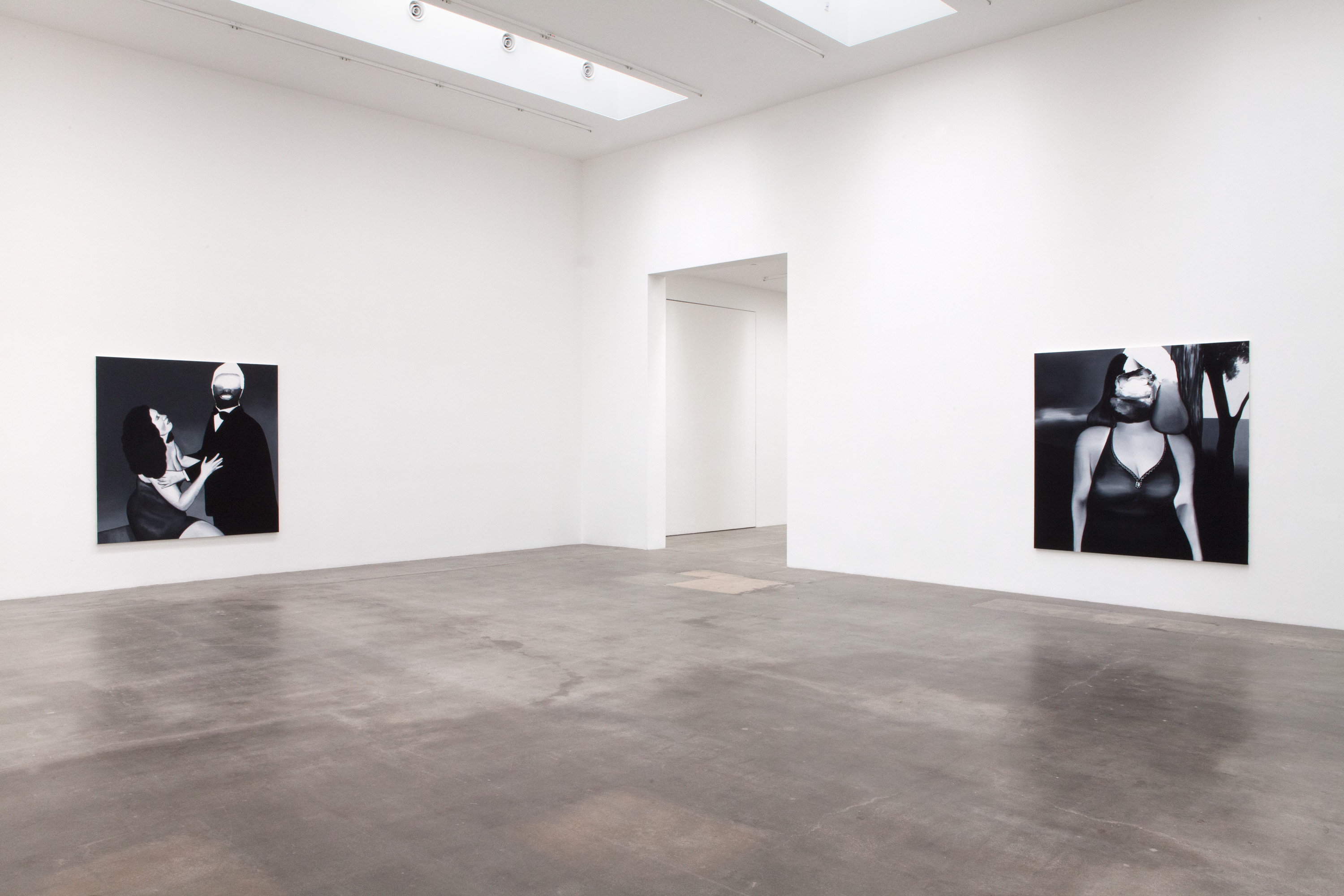 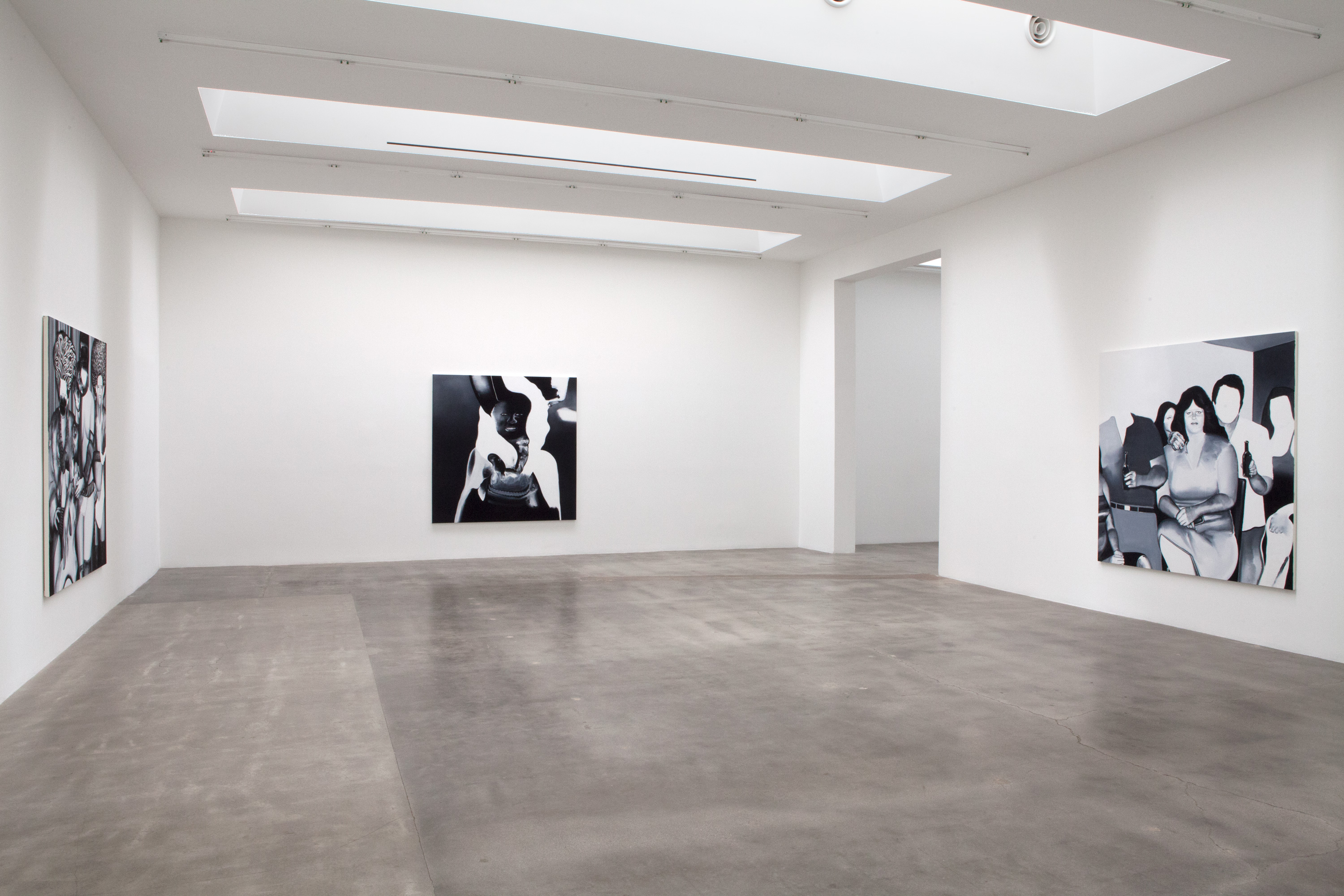 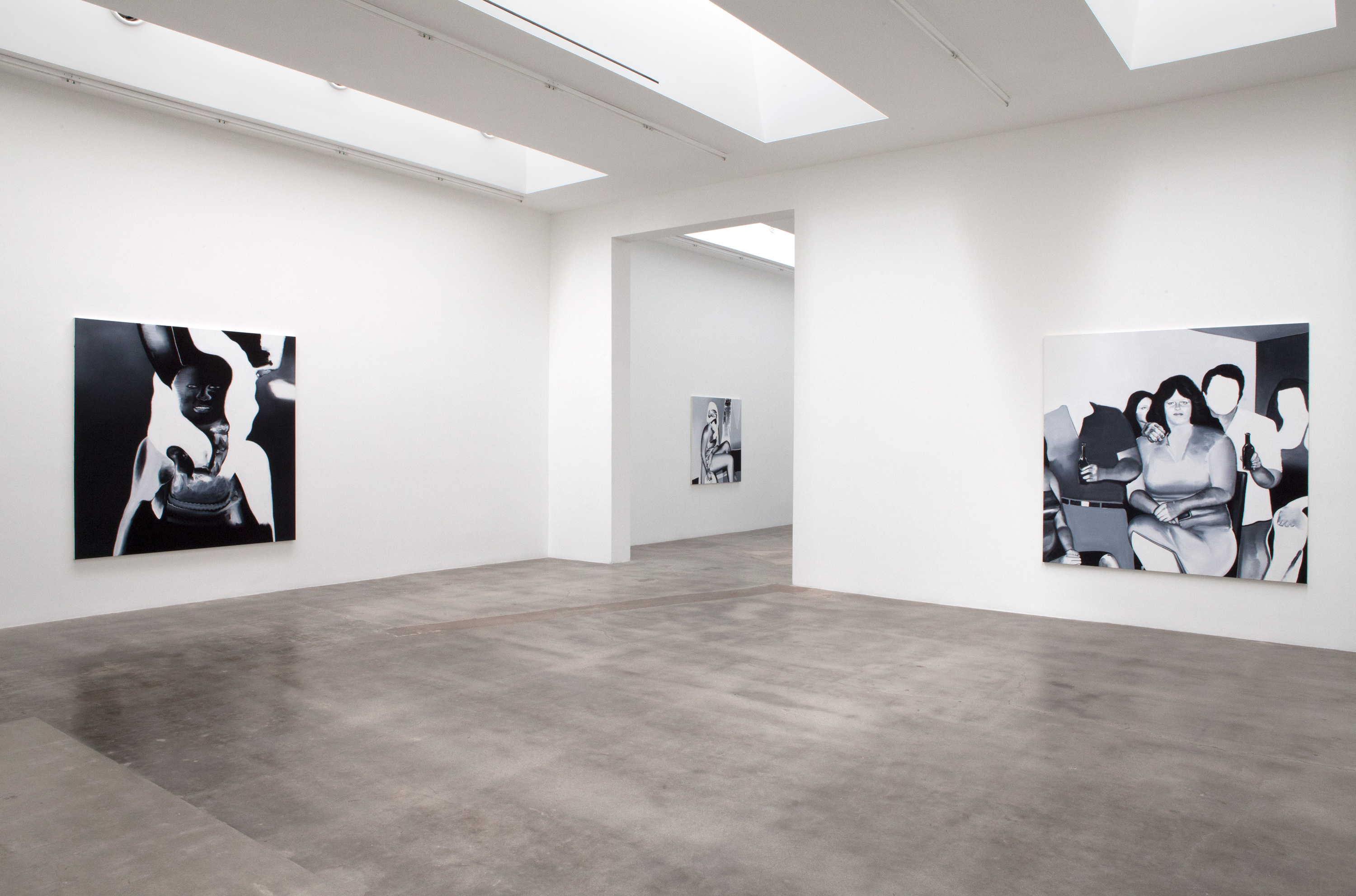 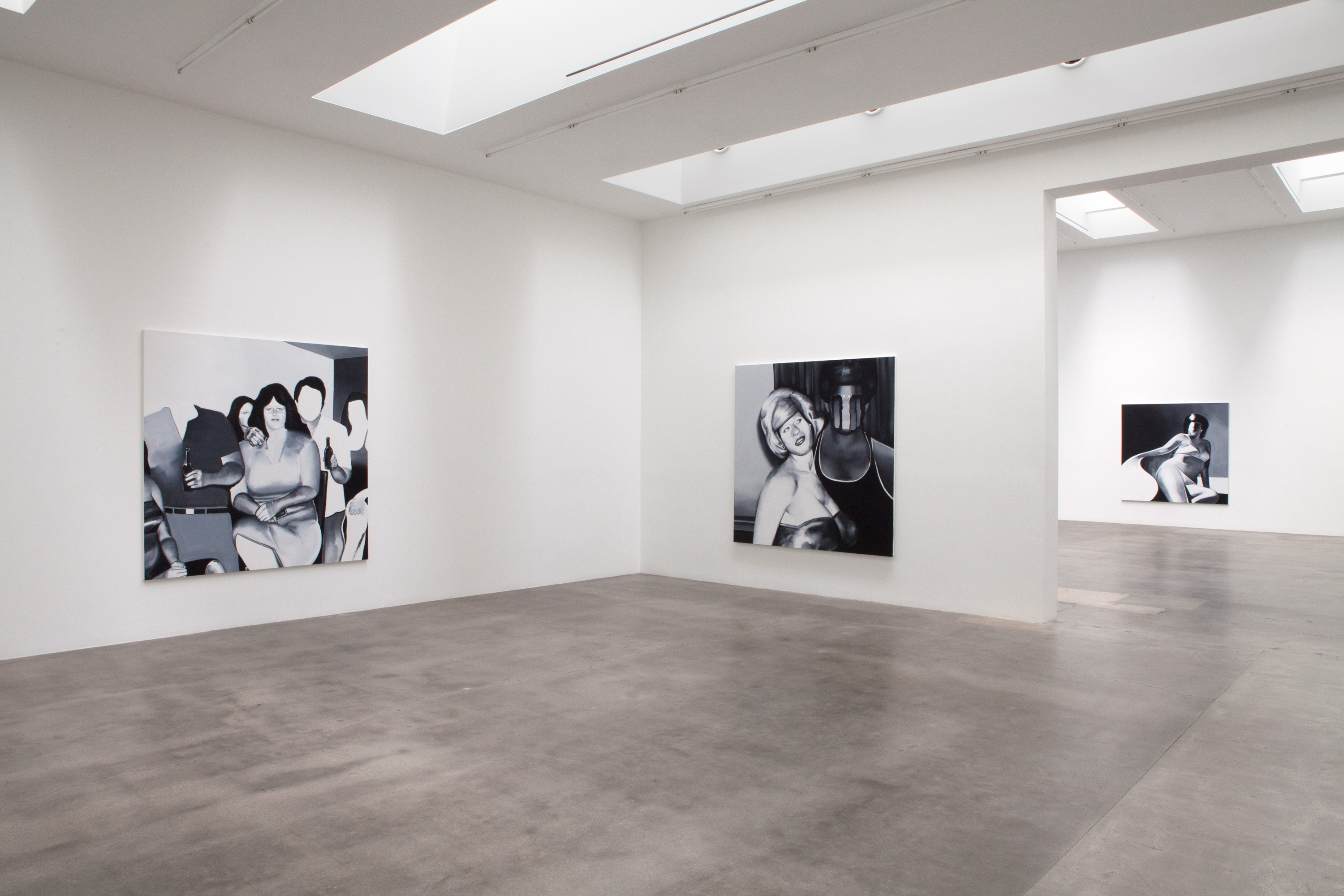 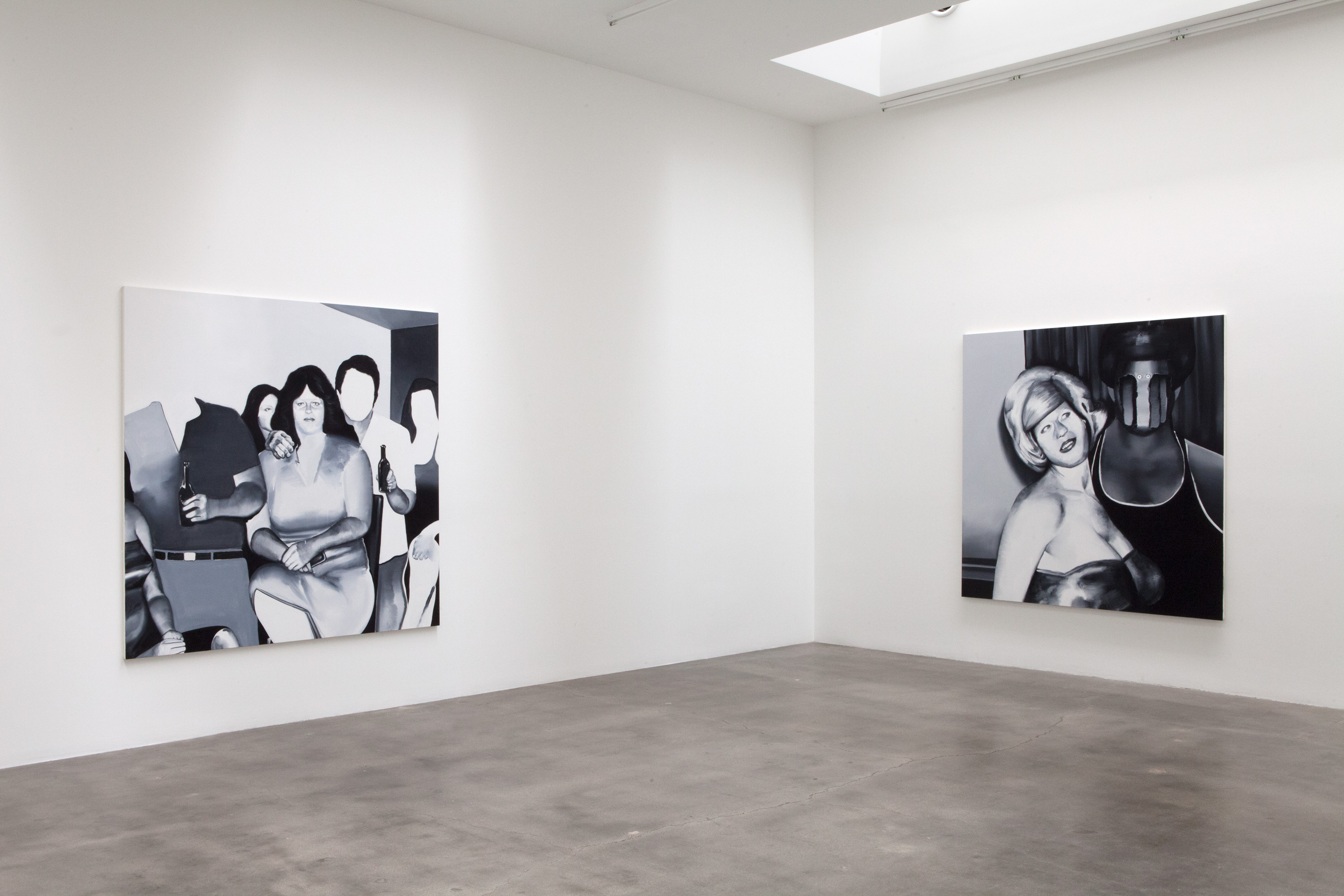 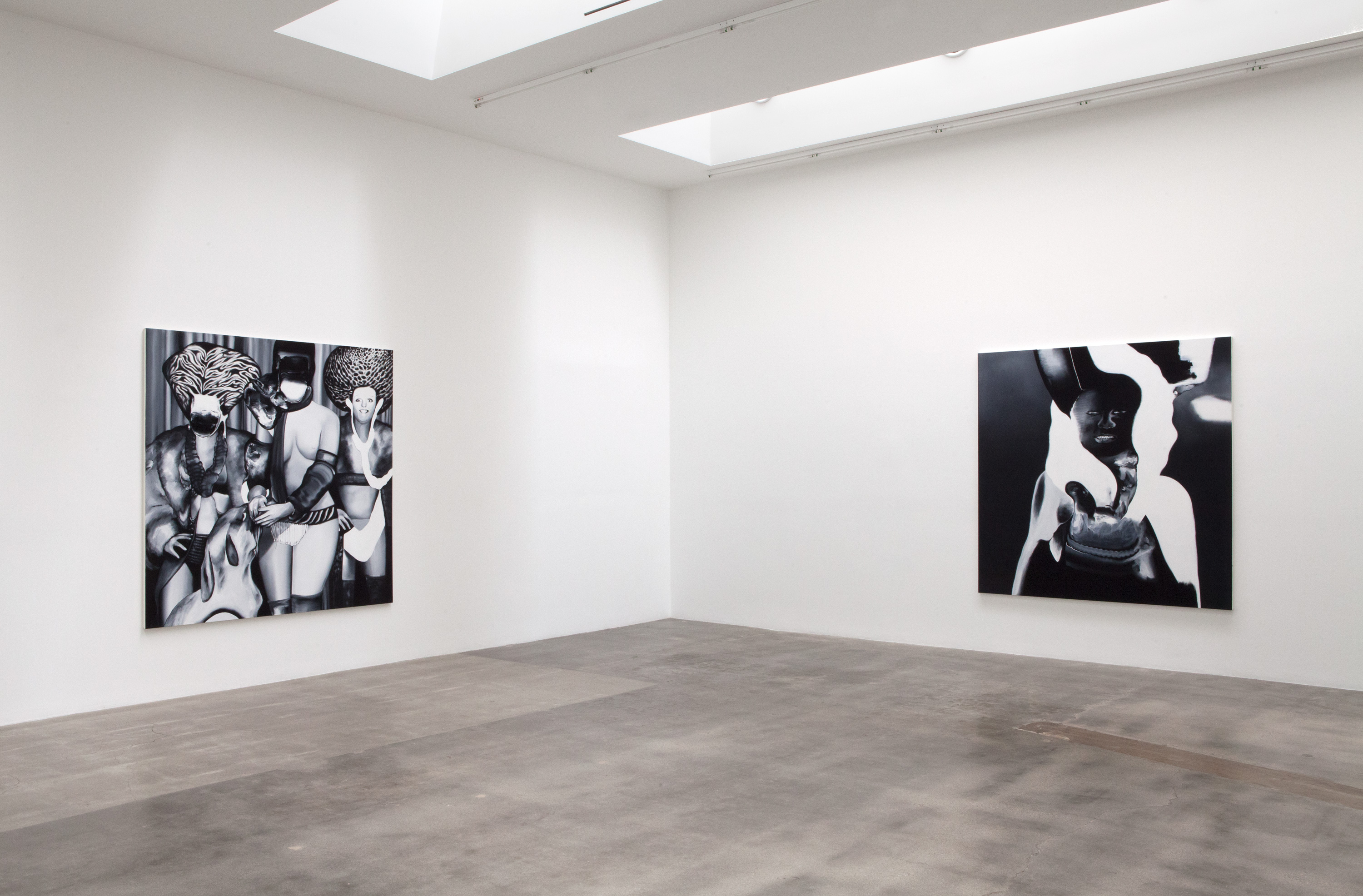 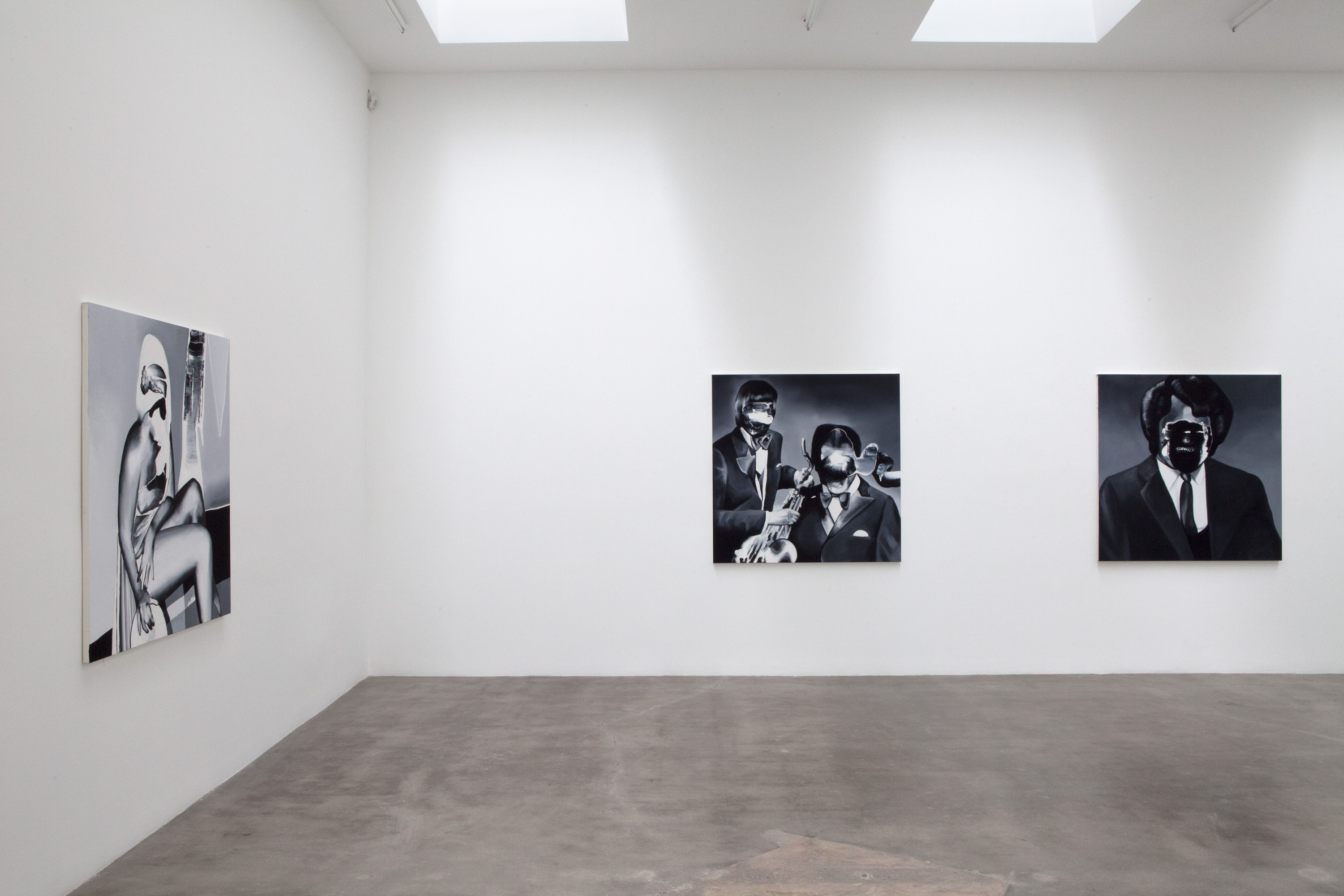 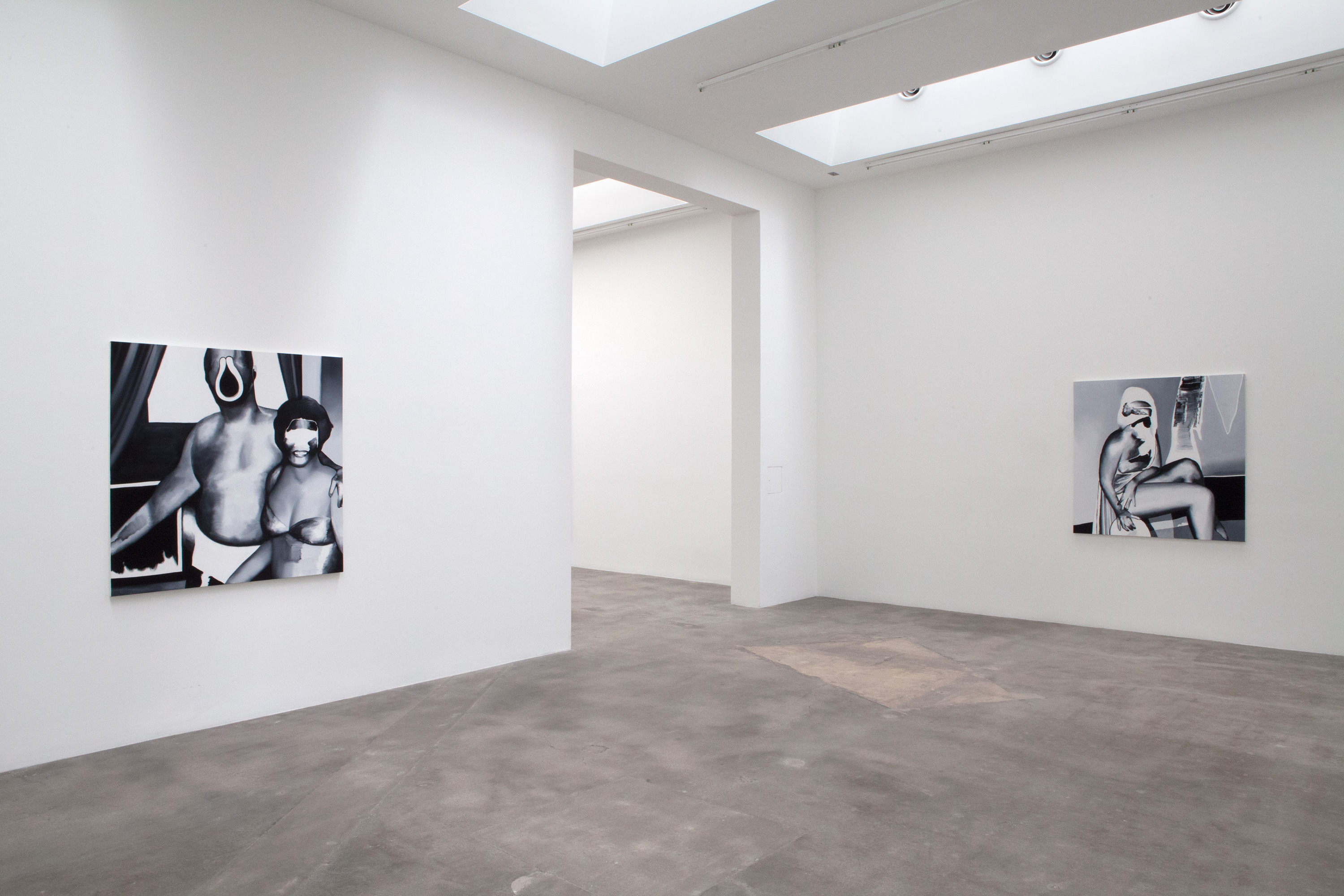 We've been featuring a lot of exhibitions that marked the start of a new gallery season, and the one we've been especially excited about is the Tomoo Gokita's debut show opened with Blum and Poe in LA. The show is featuring all new paintings created exclusively on square canvases of various large sizes and is marking somewhat of a comeback of his signature painting style.

While his last two shows in Hong Kong and Tokyo featured works that were more representational and more similar to his drawings, the current show is bringing back his arguably most popular and accomplished style. The monochrome and grayscale portraits of stylized cultural types are once again stripped of any recognizable features, with faces being deconstructed and obscured with abstraction. Mixing a variety of styles inside each of the paintings, the images are wrapped in this silky veil of his masterful use of monochrome palette.

With some of the work featuring specific art historical concepts, along with subtle mainstream culture references, this way of portraying his subjects is emphasizing the idea of viewers completing the narrative before them. These cultural indicators and recognizable elements are serving as sort of a bait for the viewer to analyze the image and make sense of it, questioning the collective cultural memory along the way. The use of black and white paint, mix of references and abstractions, as well as the conflict of almost eerie atmosphere and often humorous additions, reveals the way Gokita uses duality to intrigue and confuse the viewer with his imagery. Aside from working again in his signature style, the entire show is further packed as a coherent collection by exclusively featuring square canvases, a format that itself has a vintage, almost odd-feel to it. —Sasha Bogojev