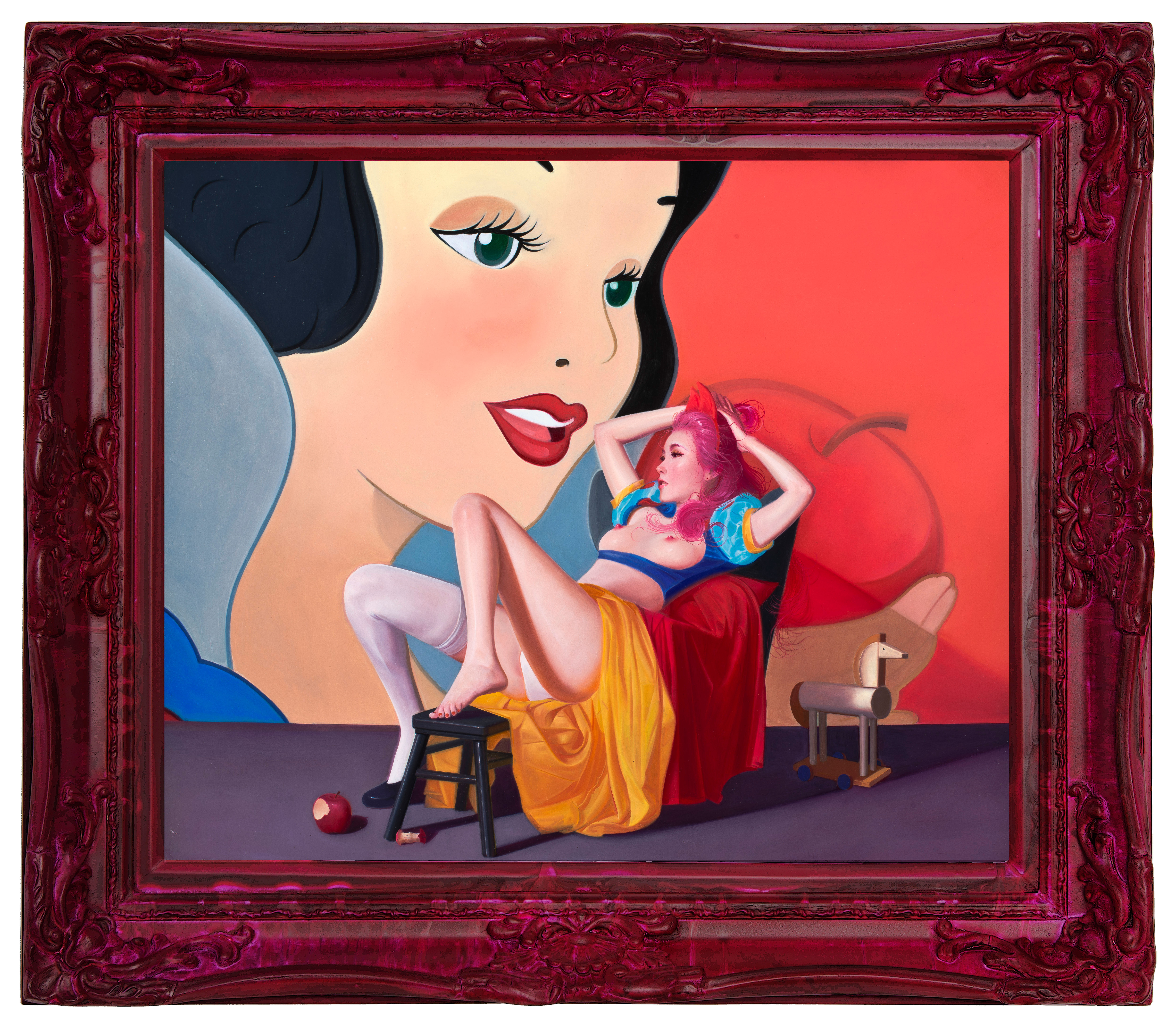 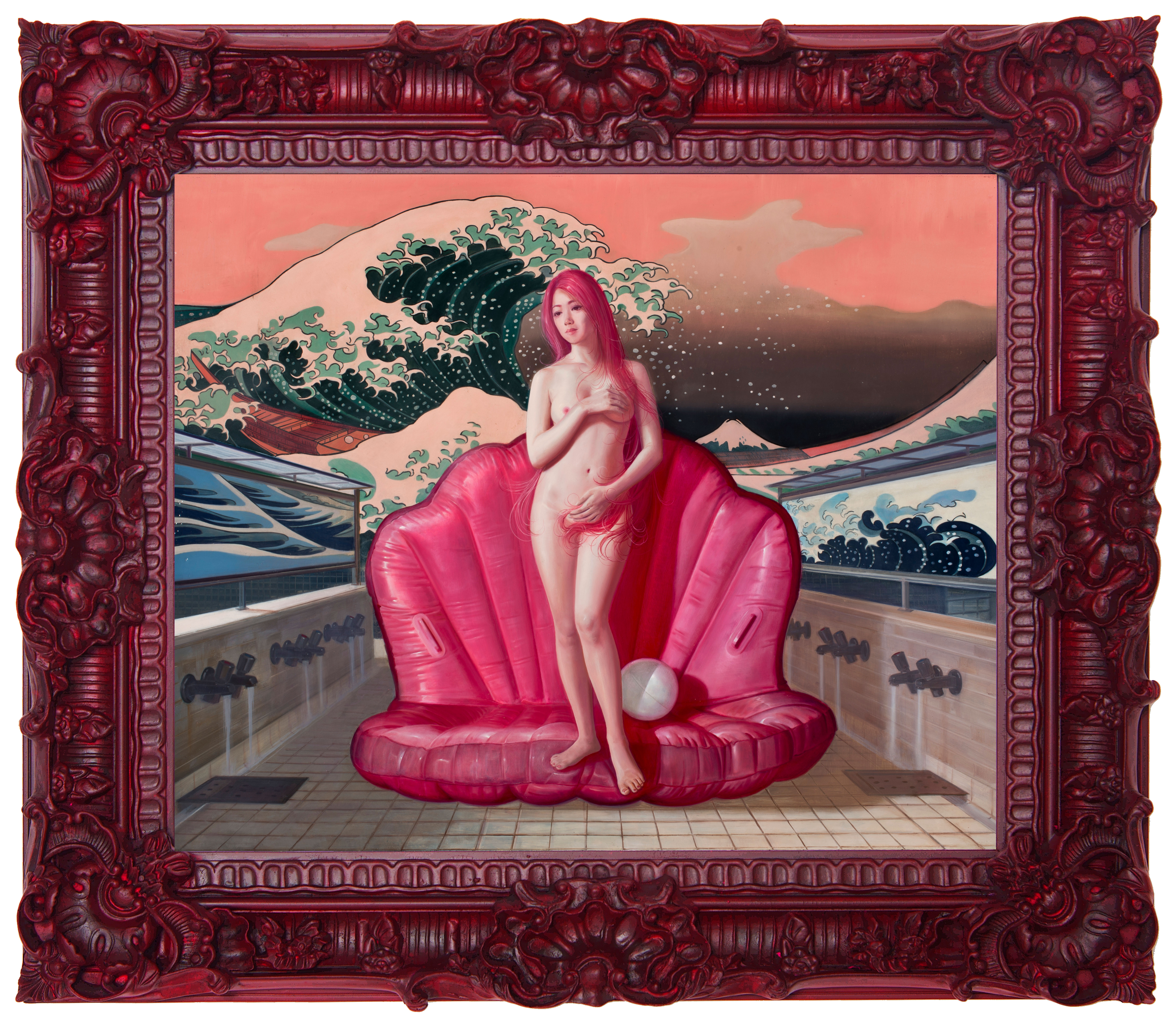 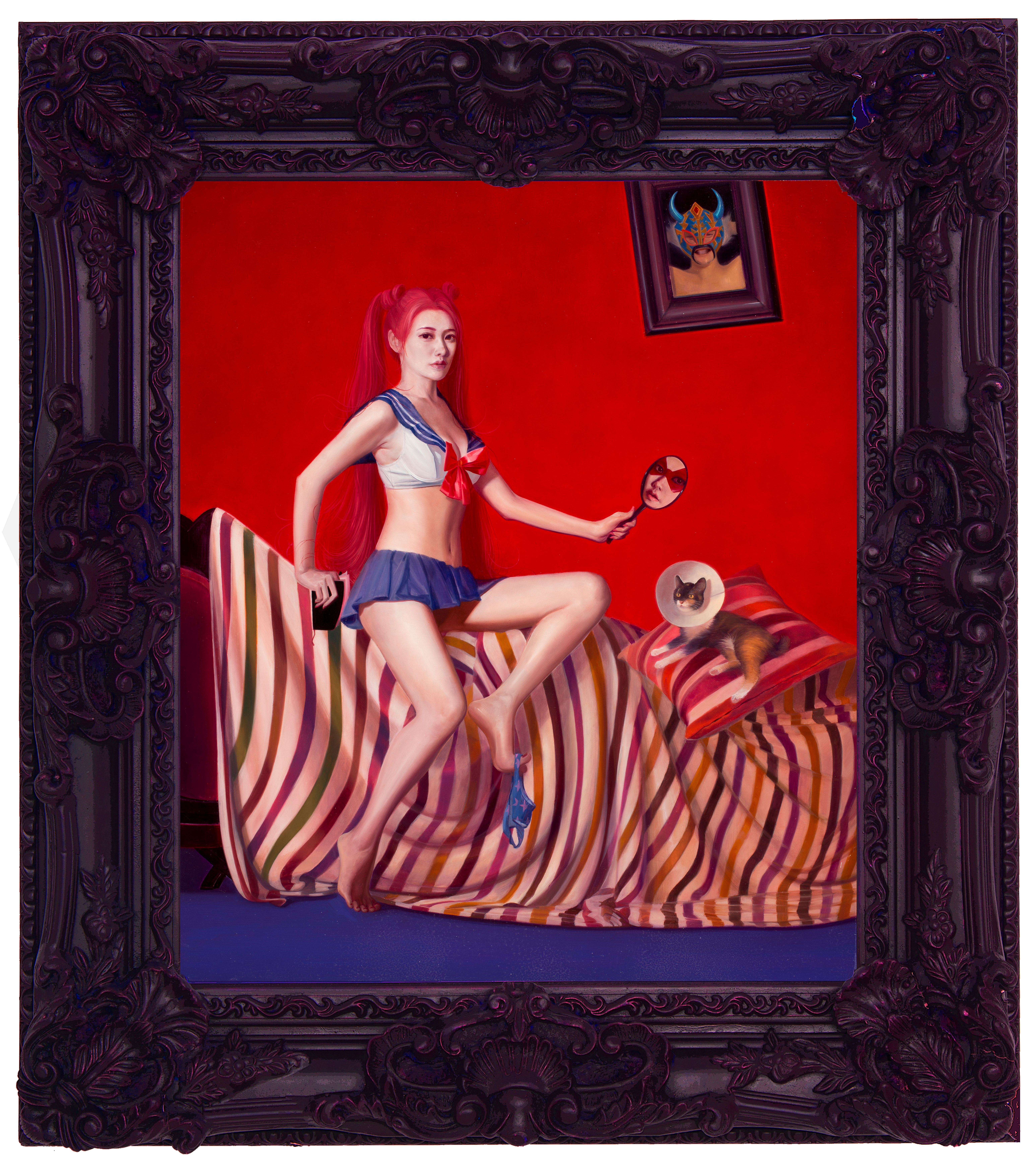 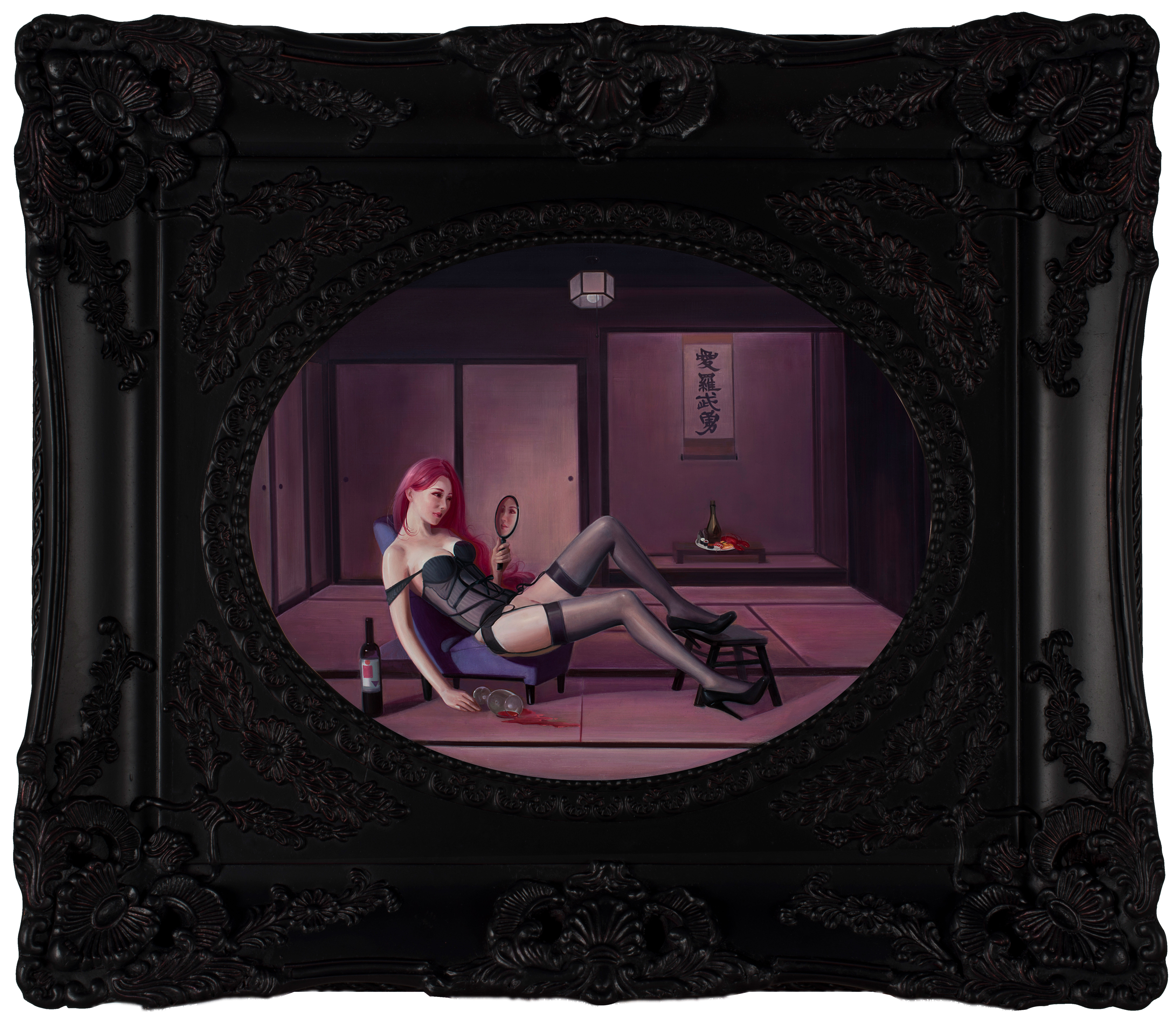 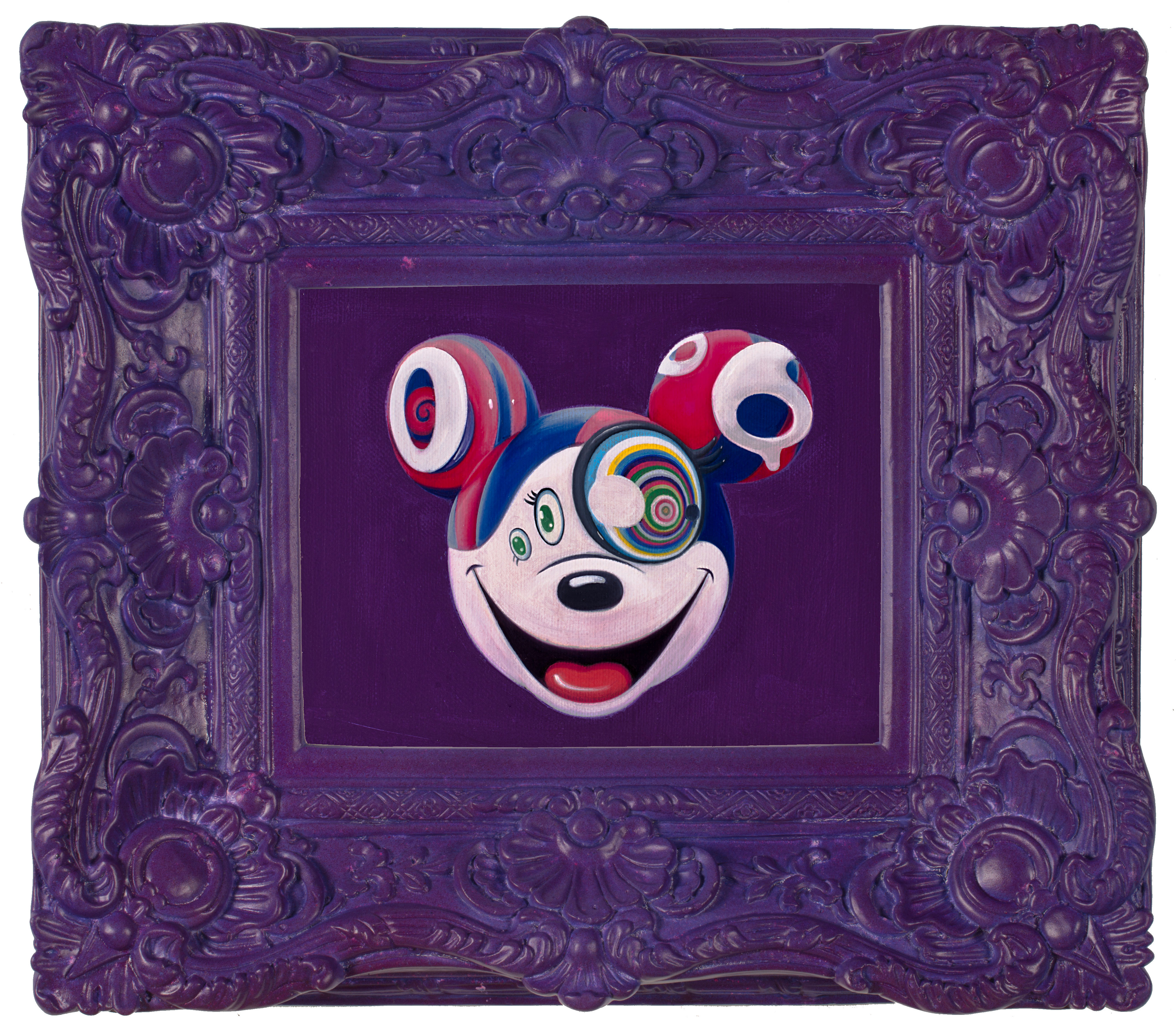 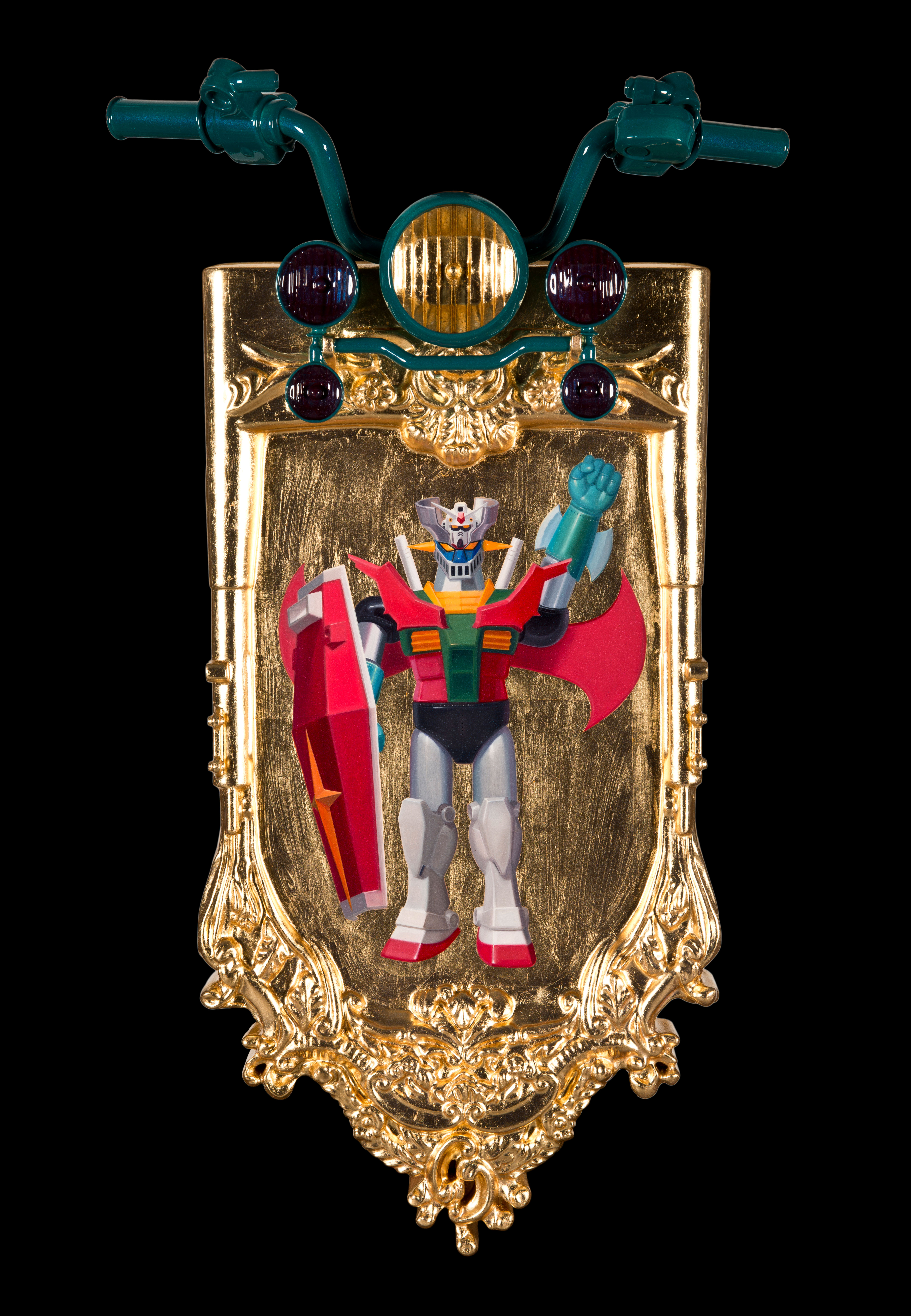 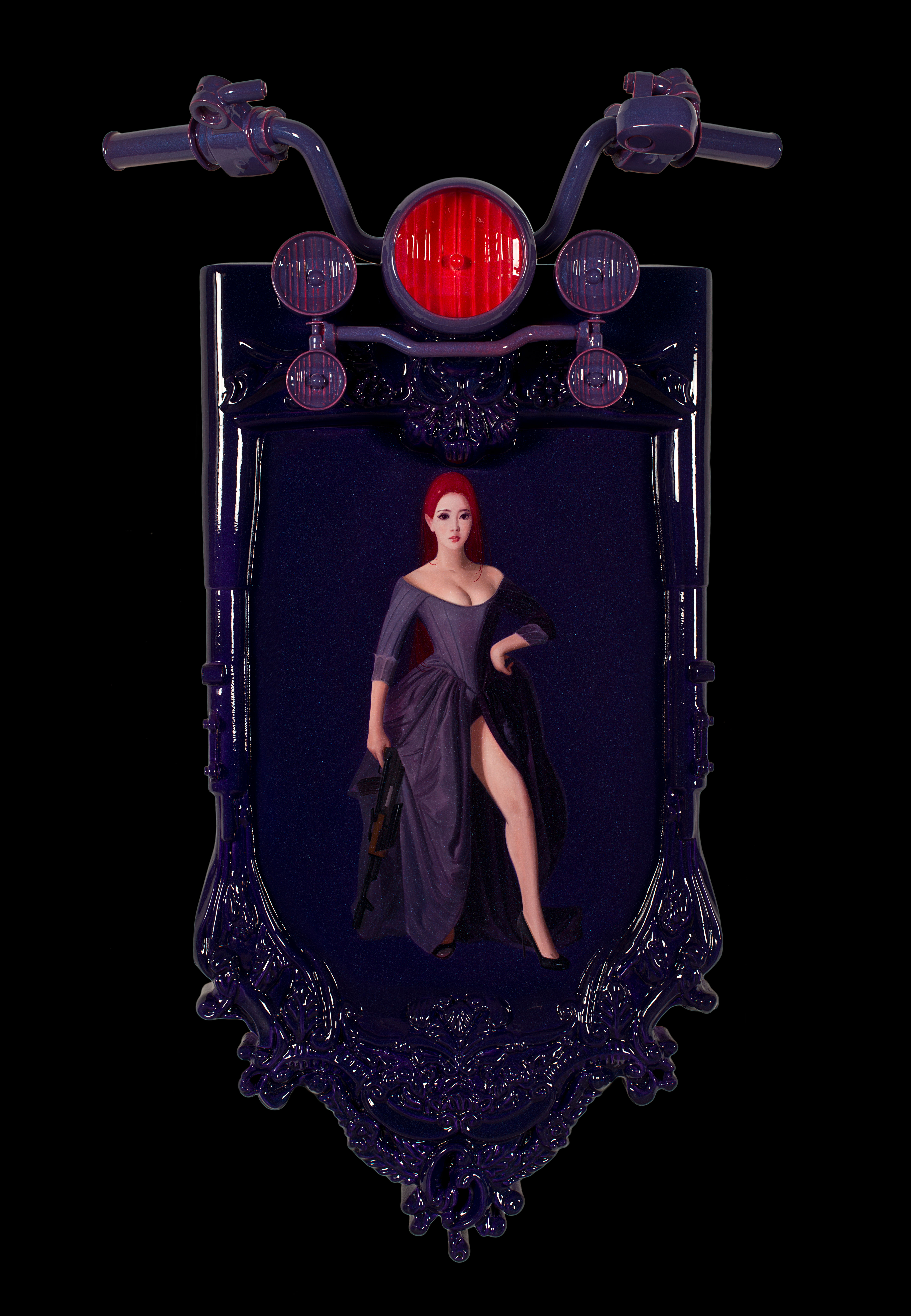 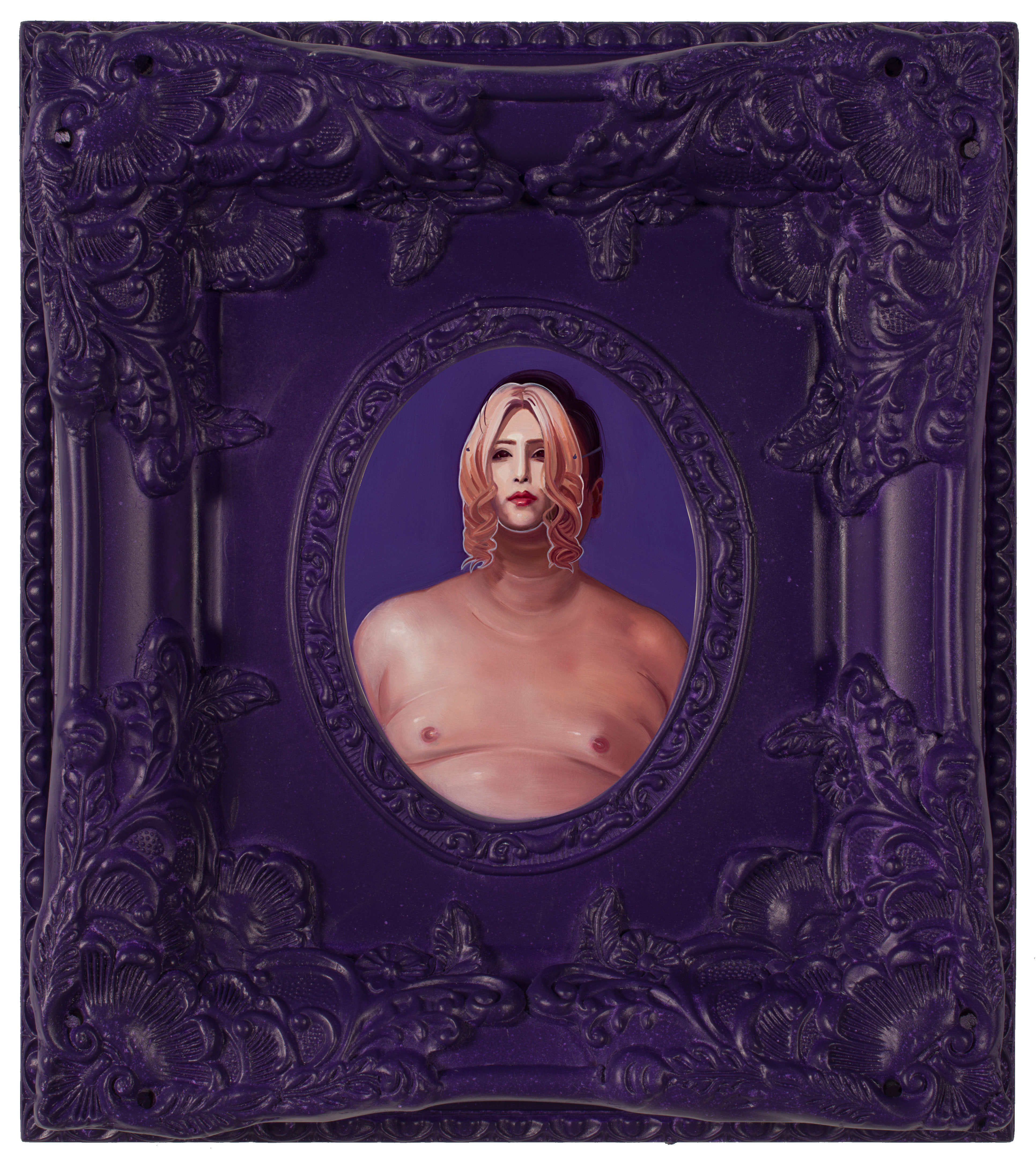 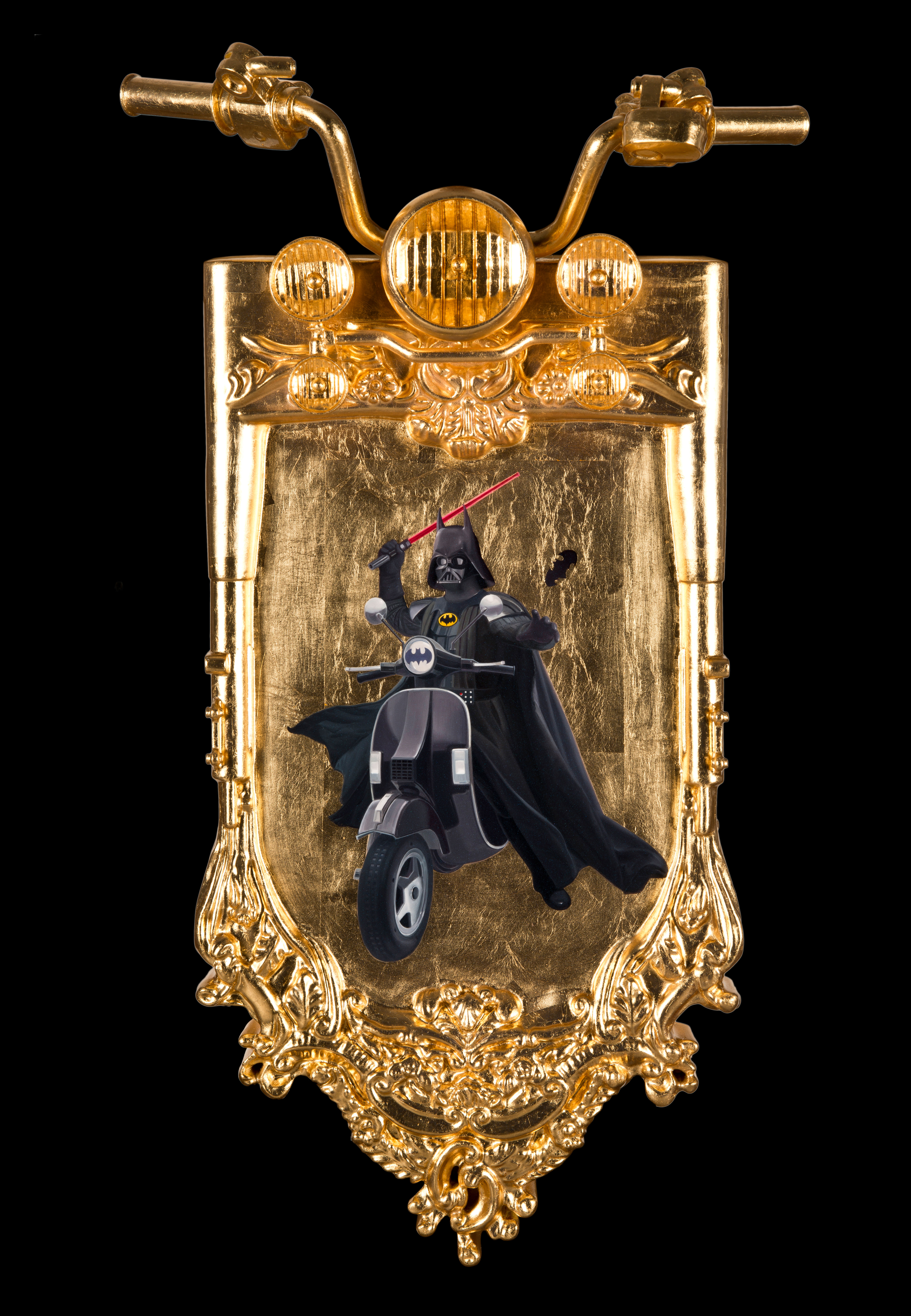 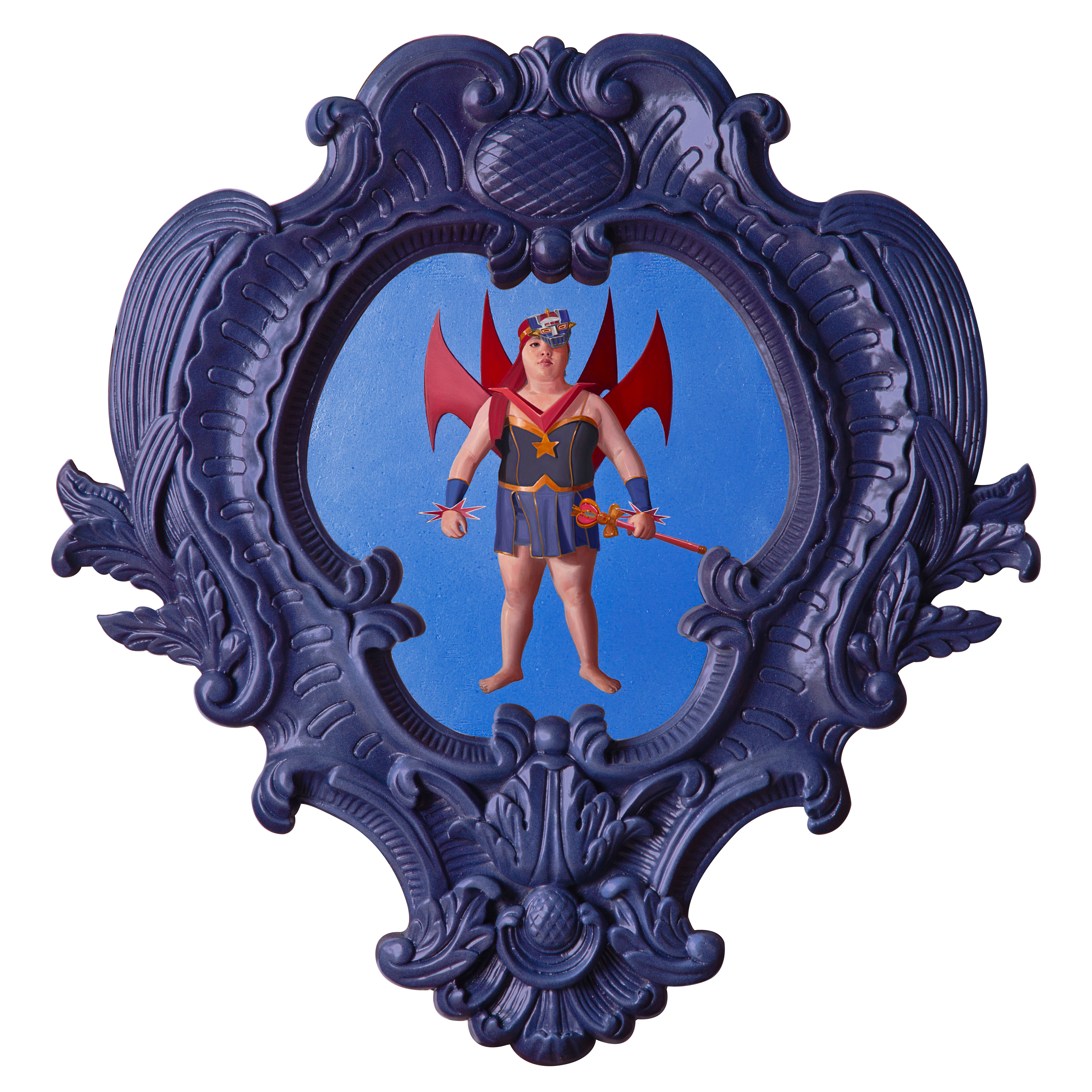 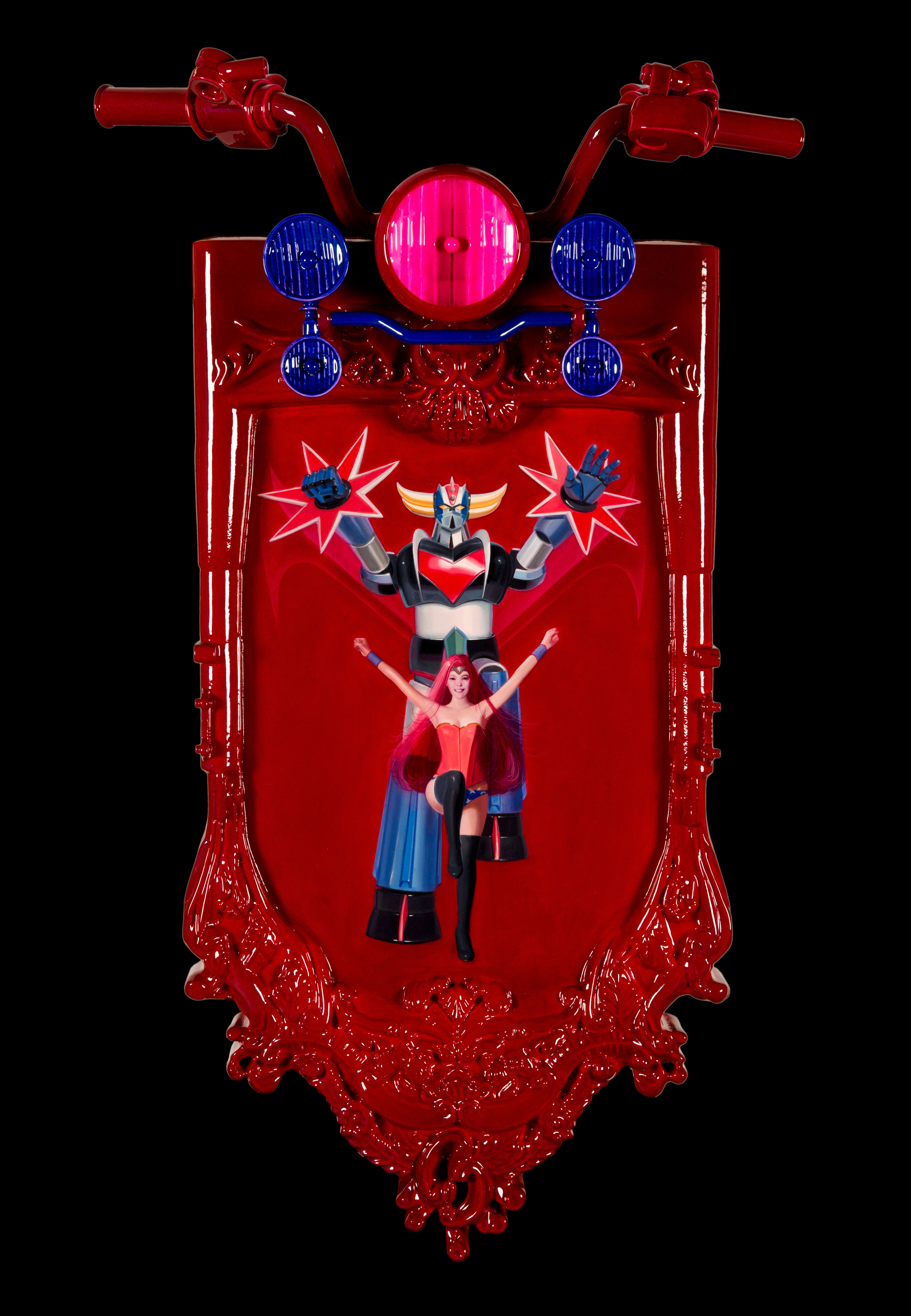 At first glance, Chen-Dao Lee uses people around him as motifs. He creates, however, mainly works of scenes unfolding extraordinary and ordinary life with composition of old master paintings, portraits of people wearing masks of celebrities, and works which consist of characters in films or animations, and puts them into unique frames that look like sculptures.

His home country, Taiwan, accepts a lot of culture from Japan and the US, and his paintings incorporate Taiwanese mixed culture. They are works that have been homogenized with the same admiration even for combinations such as "Hollywood films and anime" or "Japanese porn videos and Western master paintings", which are unthinkable overseas. Many of his images include two sides such as "men and women", "classics and the present", "ordinary and extraordinary", and "seeing and being seen" with mirrors or *motorcycles. As the exhibition title Sleepless in Tokyo indicates, his works overlap with his impression of an intriguing city, Tokyo, which shows completely different aspects night and day with no sleep.

This exhibition focuses on motifs familiar to Japanese, such as a series that depicts a female friend of Lee’s from the viewpoint of Balthus (1908 -2001), a mask series that depicts faces of Japanese celebrities, who are significant for him to understand Japan, in a comical way, and a series of characters such as Darth Vader or Mazinger Z in motorcycle frames.