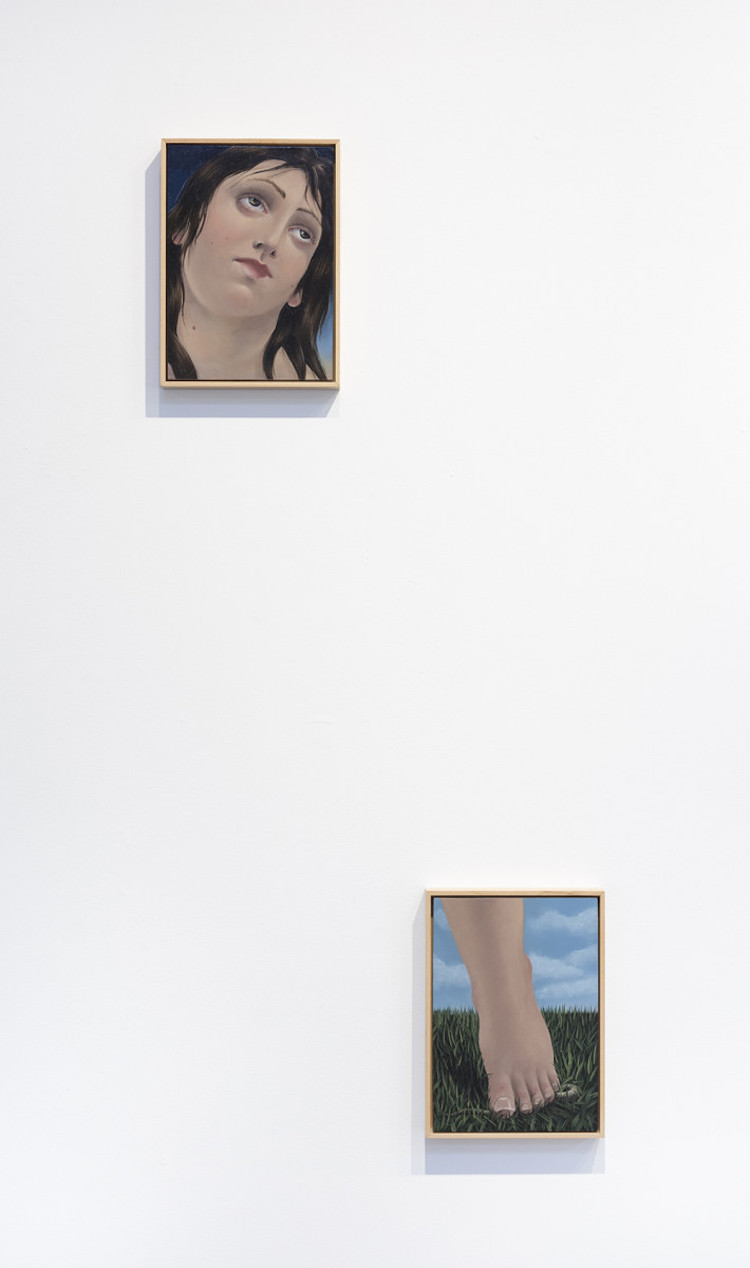 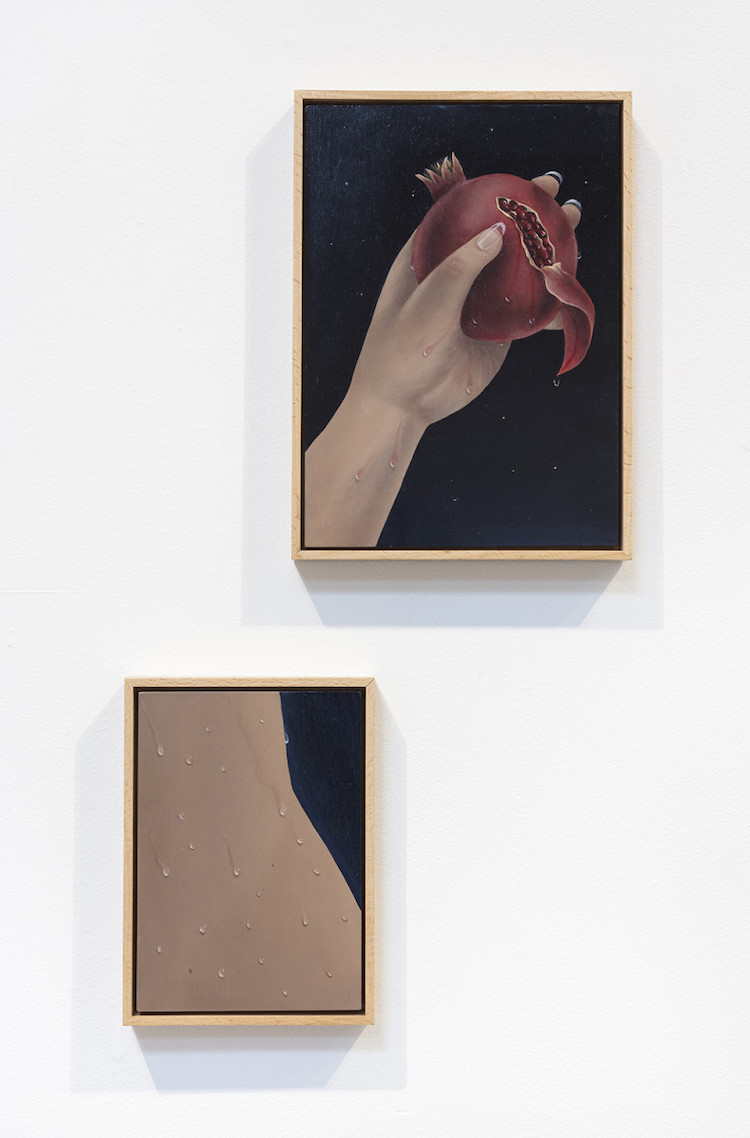 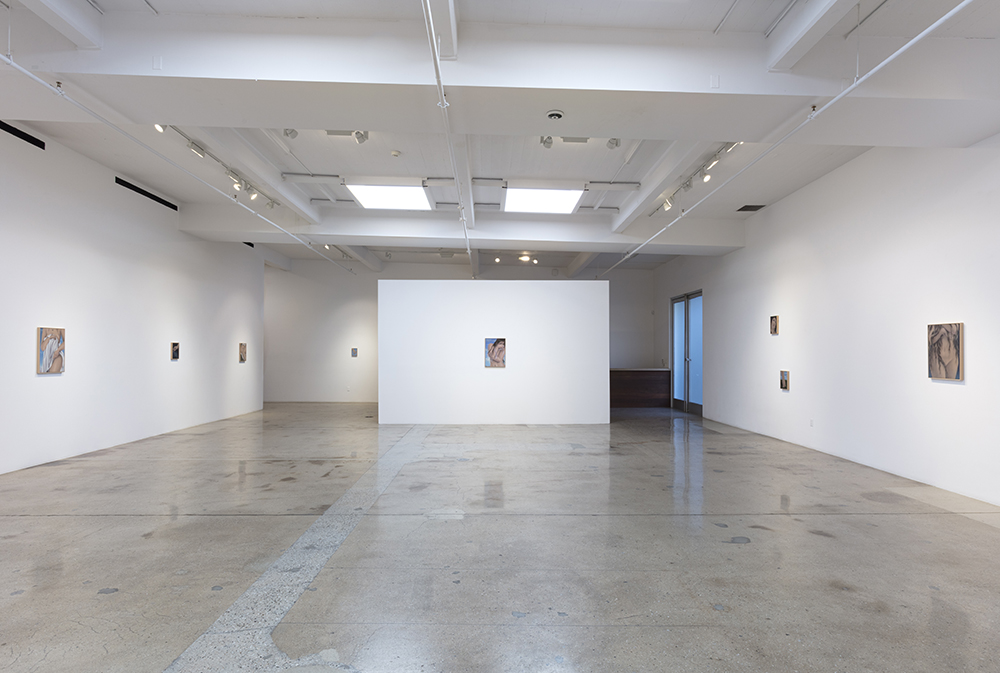 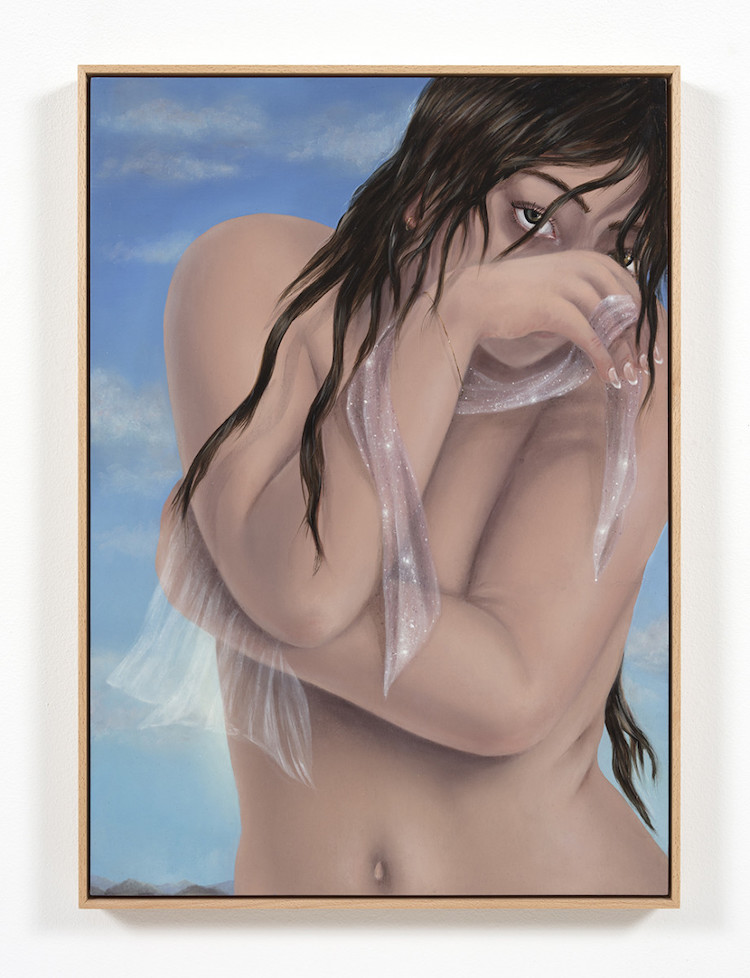 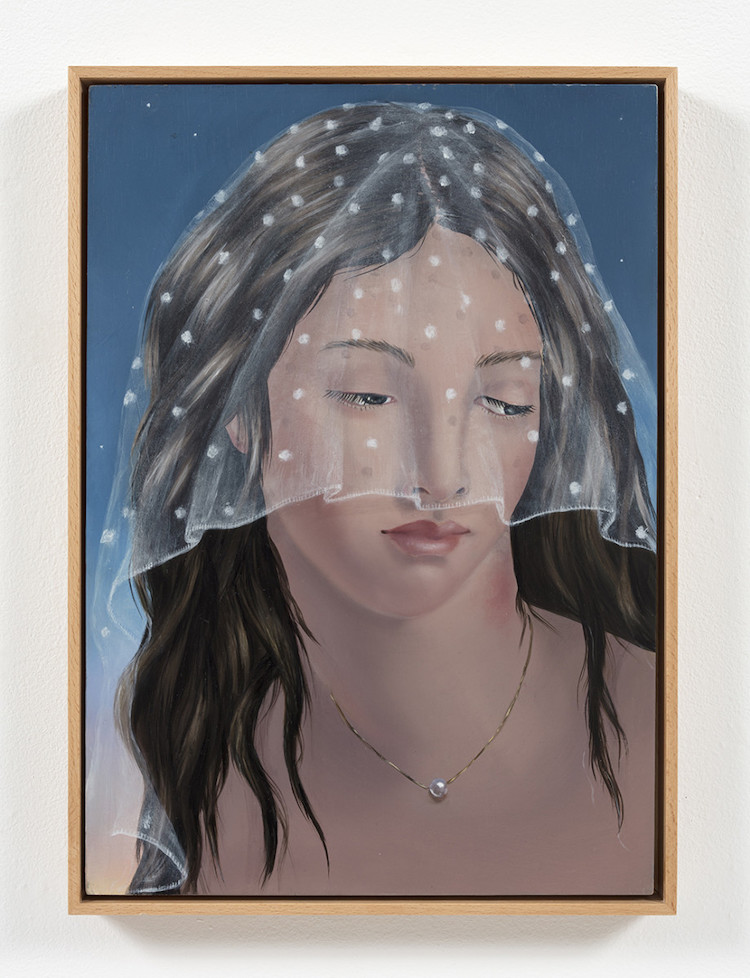 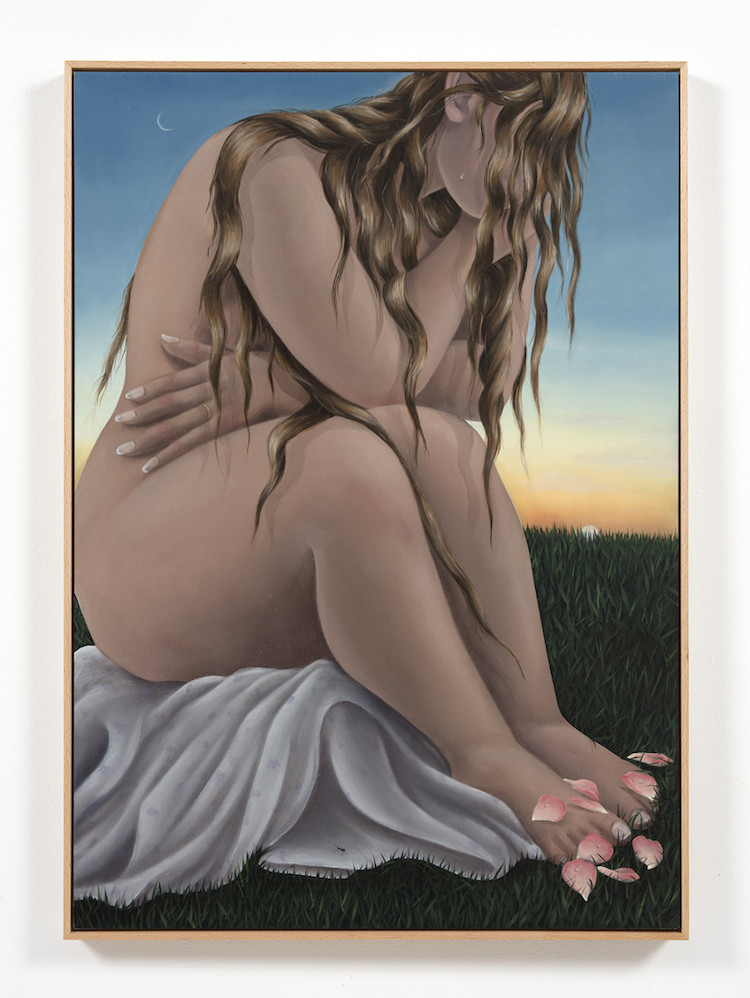 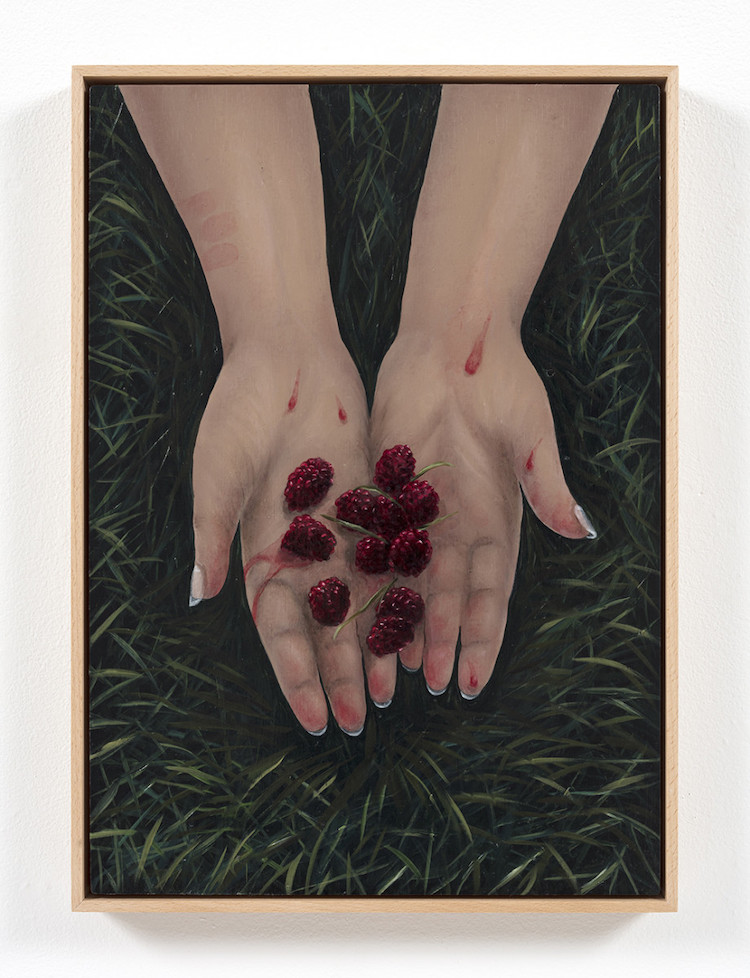 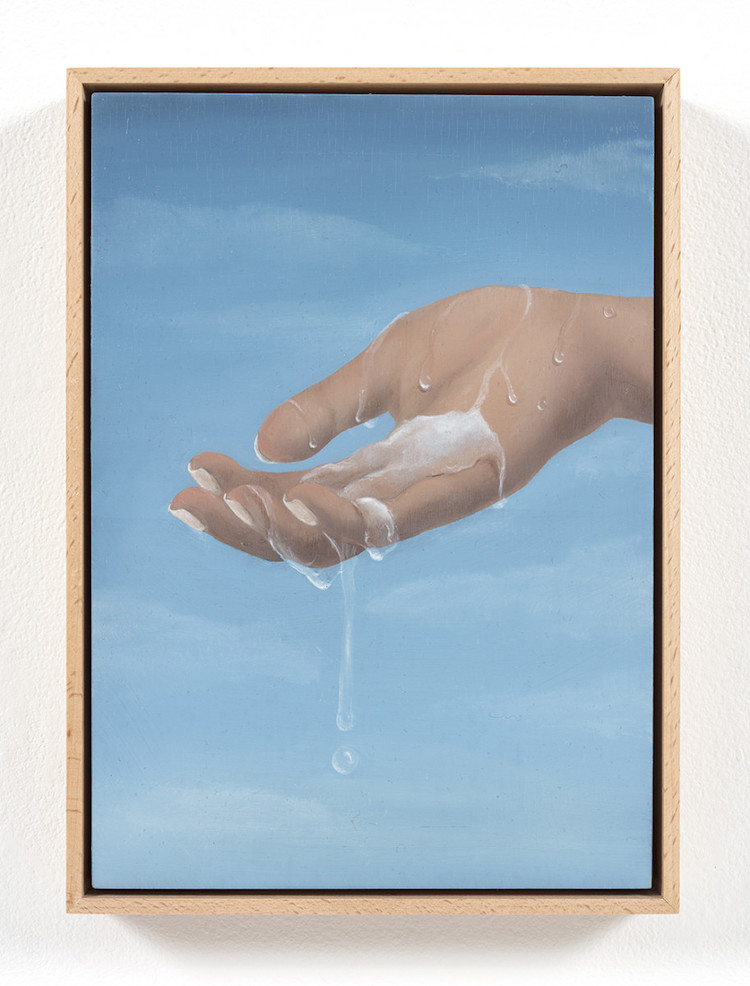 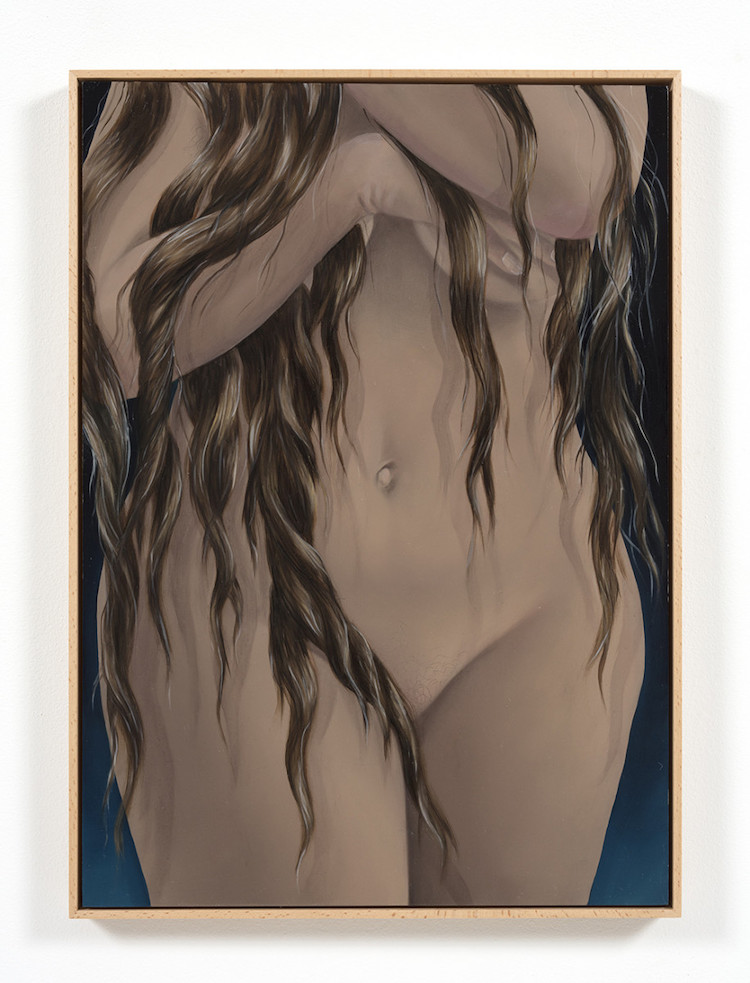 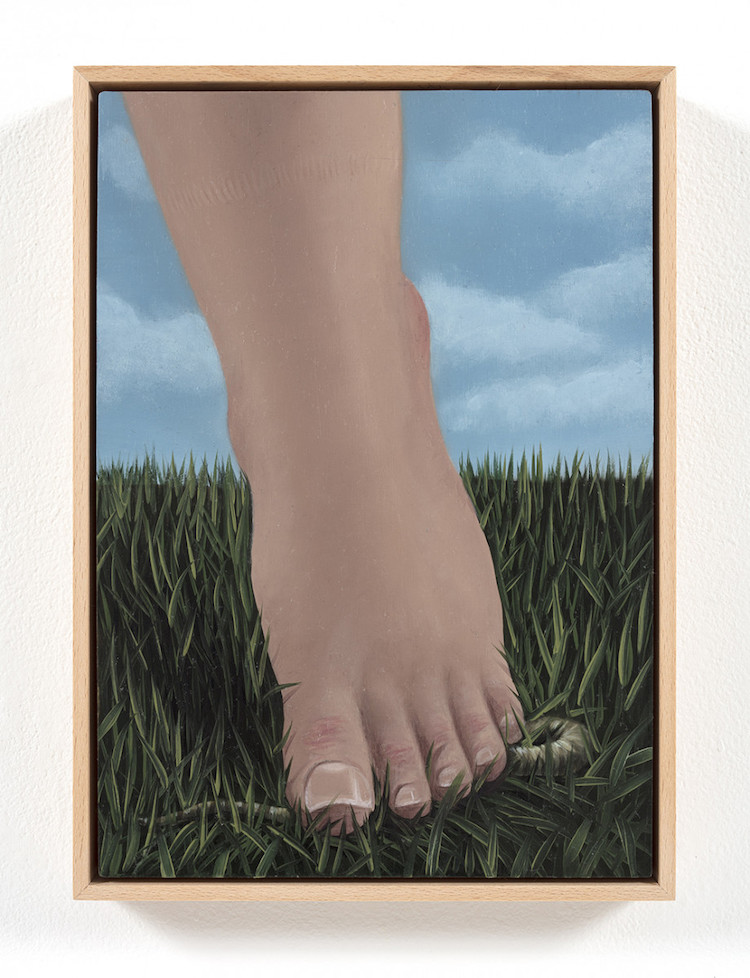 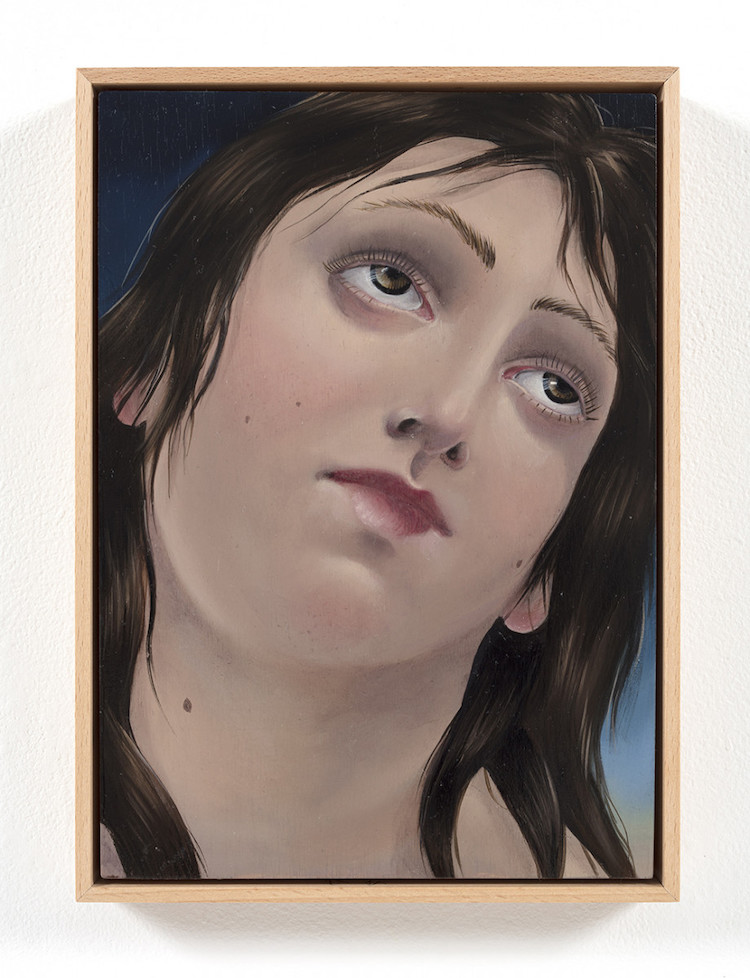 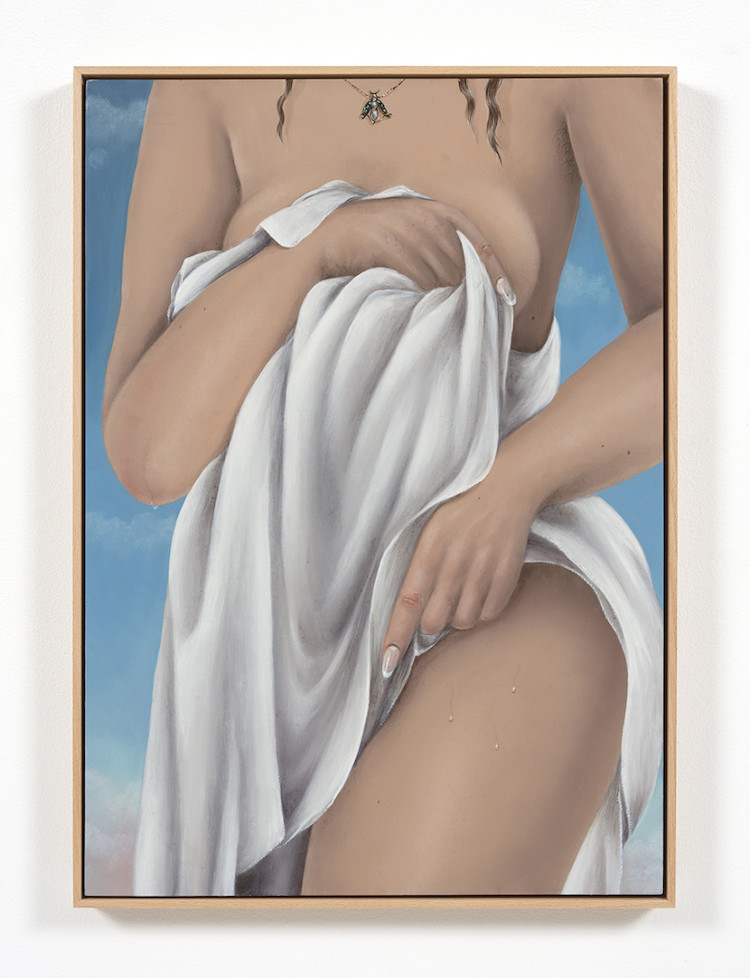 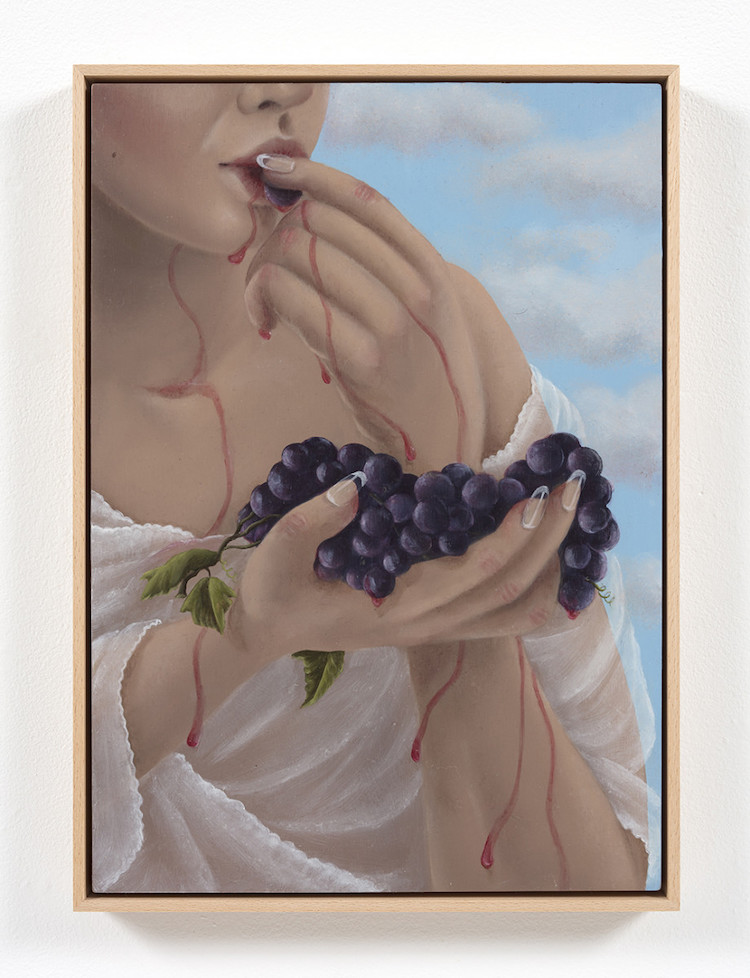 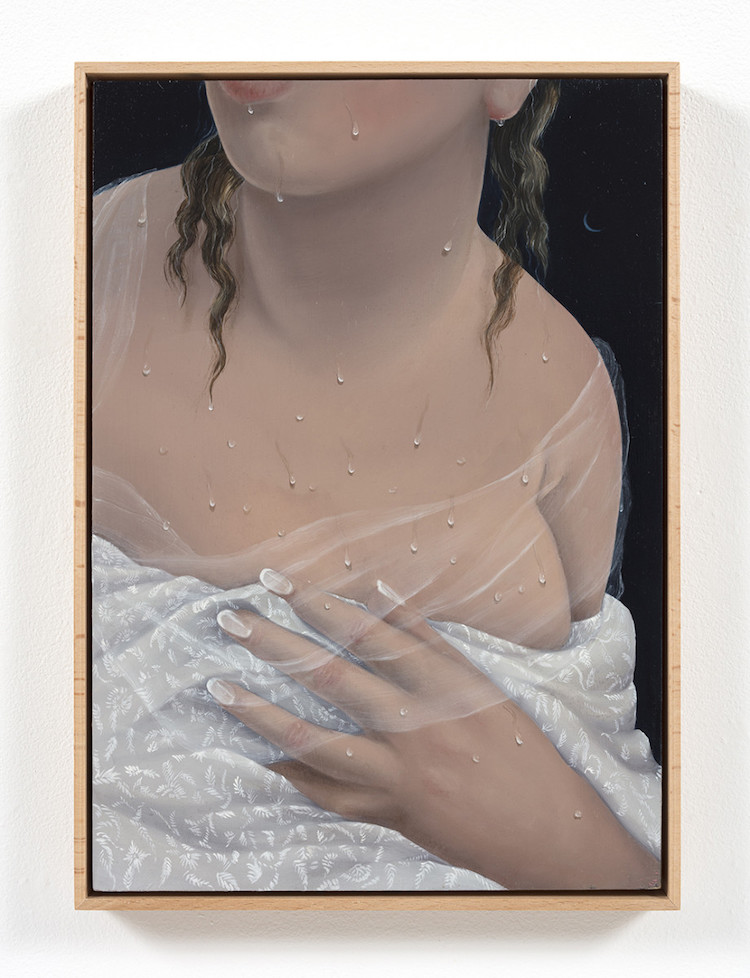 As the art world moves itself West this week for all the art fairs in Los Angeles, there are a few shows to highlight across town. First stop is at Steve Turner, who is showing London-based Natalia Gonzalez Martin's new body of work.

Steve Turner is pleased to present Las Soledades, a solo exhibition by London-based Natalia Gonzalez Martin that features recent paintings which depict women in close-up detail. Of the seventeen works on view, there is but one that depicts her female subject from head to toe. The rest focus on various parts of the body–a hand, a foot, a pair of hands, legs, a torso or a face. Some have droplets of water on their skin; some hold fruit that drips juice, and all are draped in cloth or their own long hair. The subjects are demure, yet seductive and appealing. They have an ageless quality,  a cross between a 1940s pinup model and an Eve from a Lucas Cranach painting. As Martin paints with luscious oils on wood panels, she depicts skin tones of creamy white with accents of pink and red with just the right satin finish. This makes her figures elegant, smooth and refined. Her compositions are inspired by Christian narratives as well as “Desert Mothers,” women who lived ascetic, solitary and spiritual lives in the fourth and fifth centuries in the region of the holy land. According to Martin, “I  wanted to present an updated image of the Desert Mother, to look at their choice of having an unconventional life as wanderers who lived outdoors, and in so doing, to address contemporary isolation.”