Koak is Breaking The Prairie 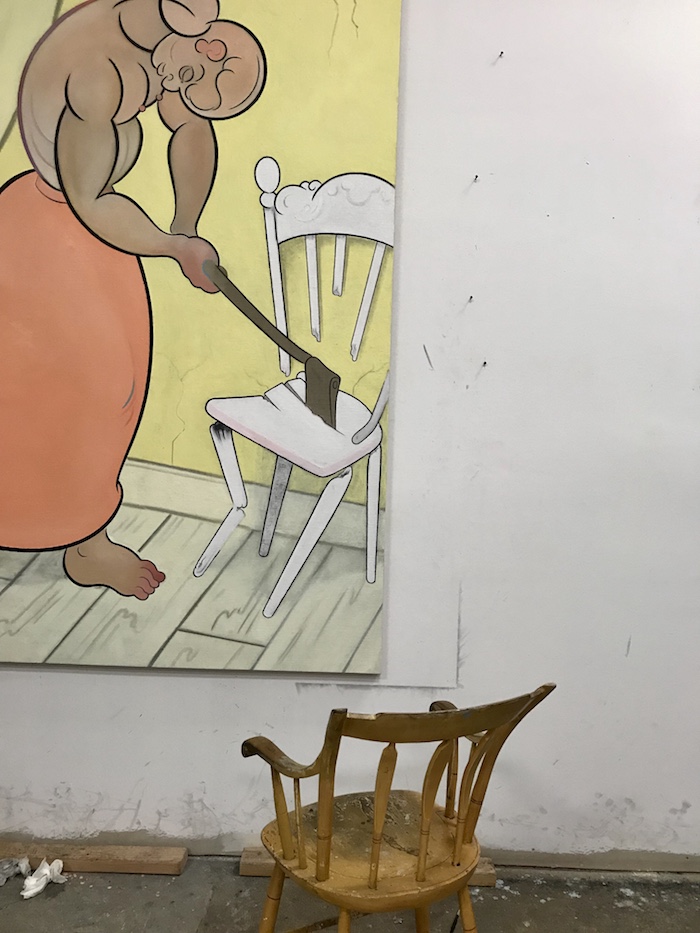 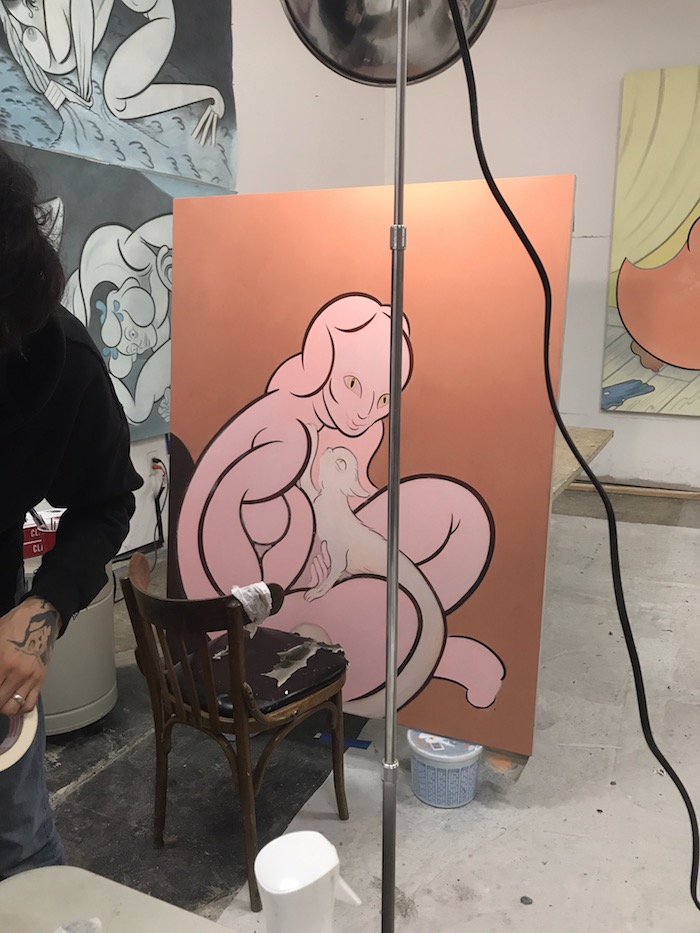 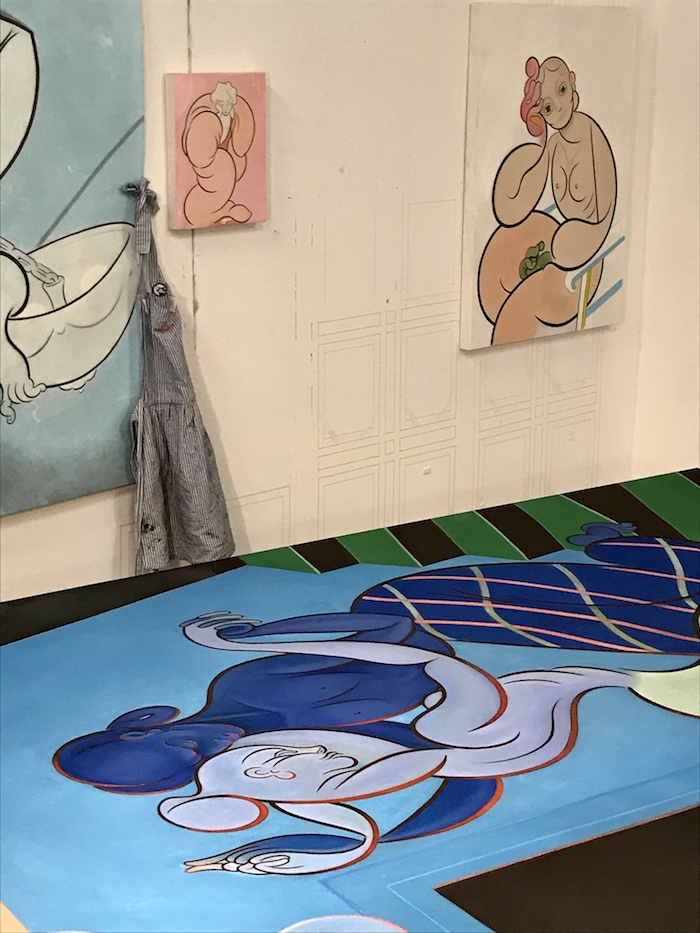 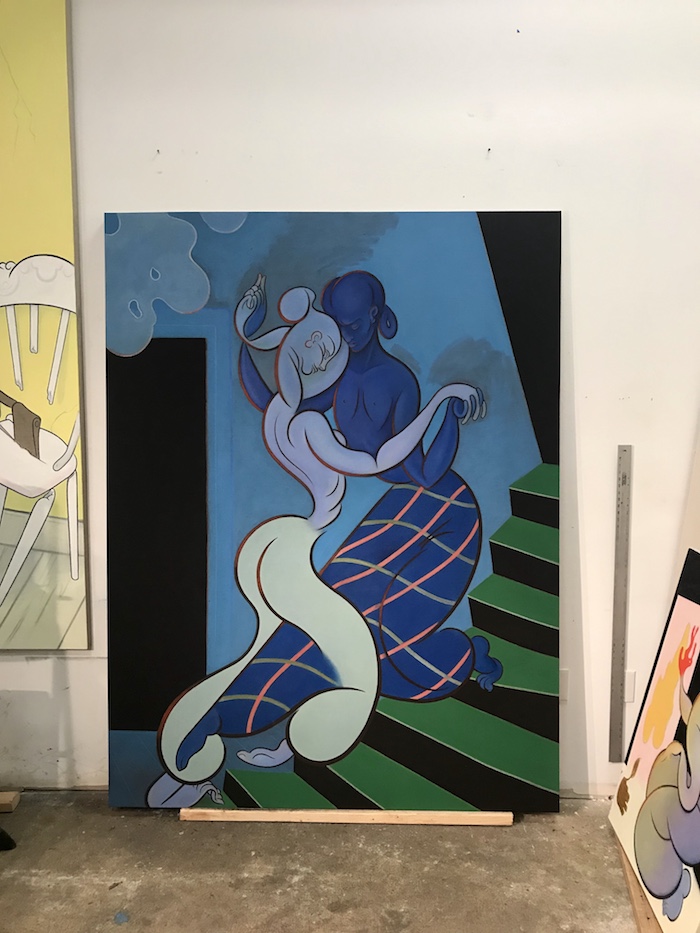 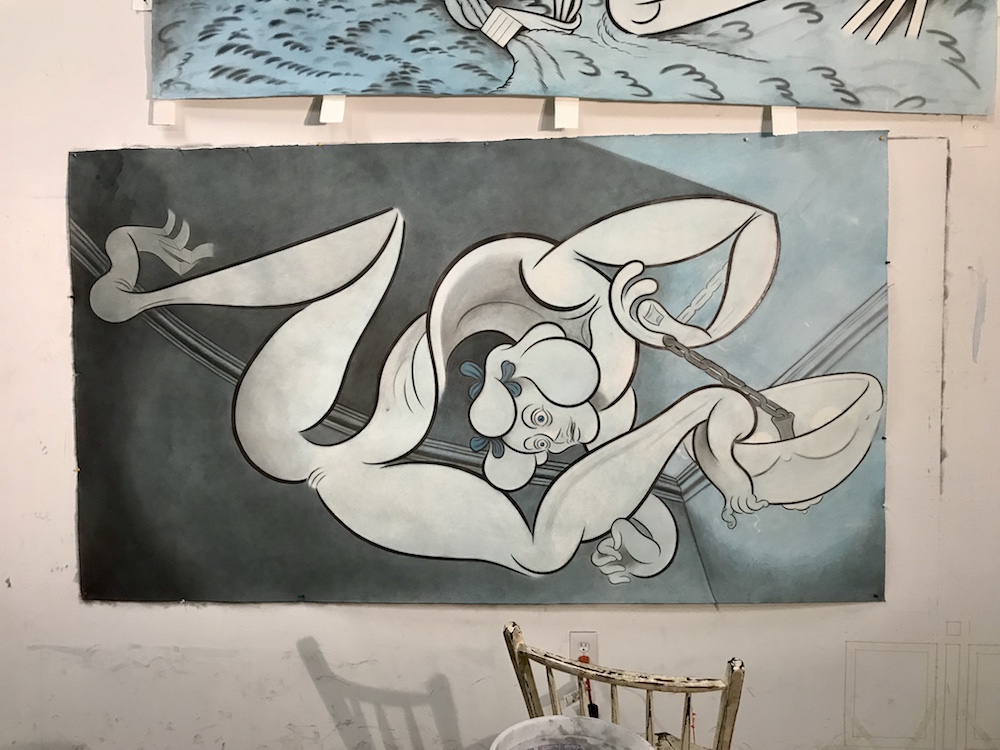 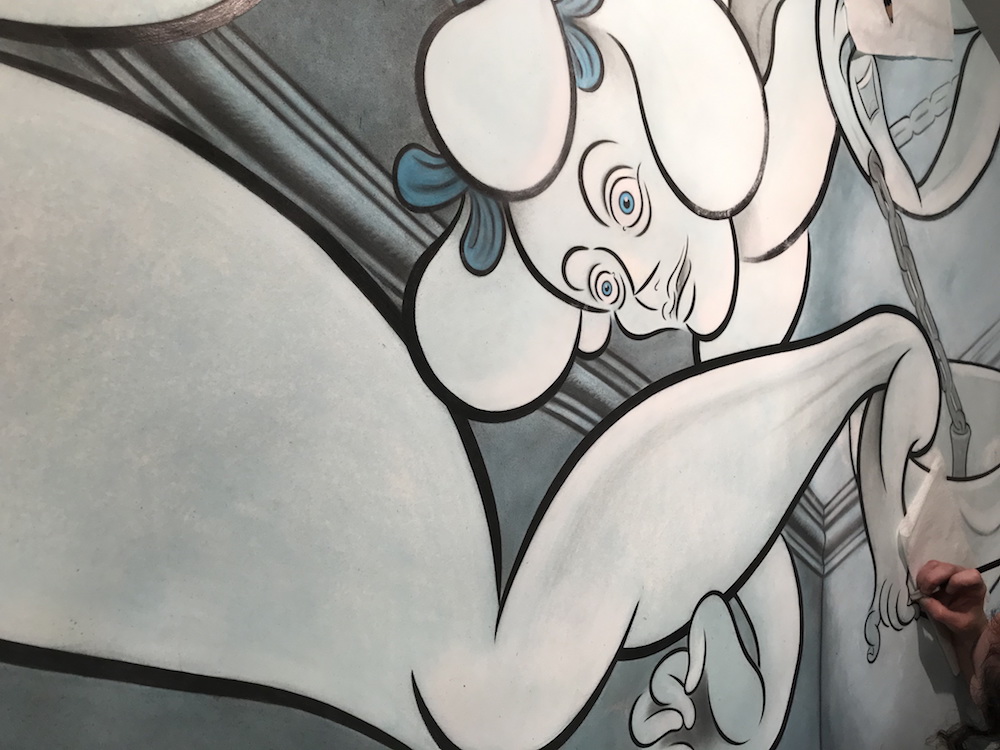 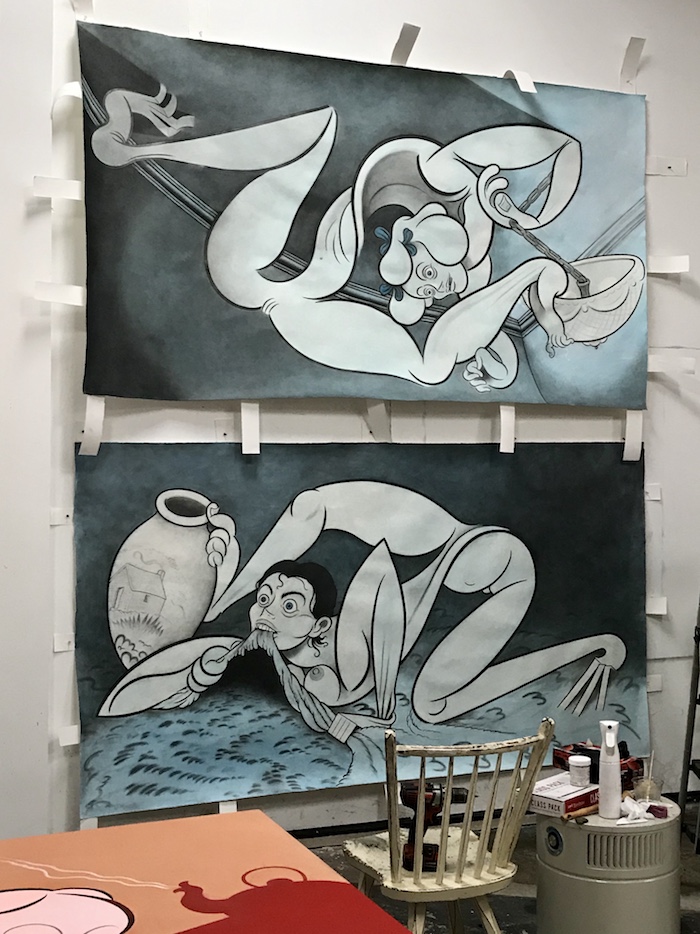 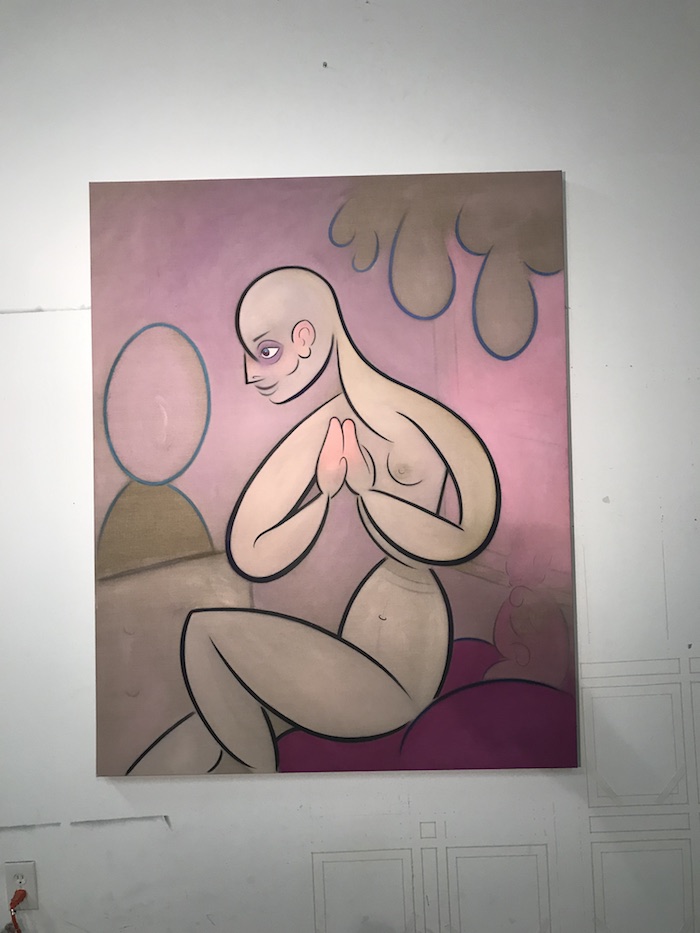 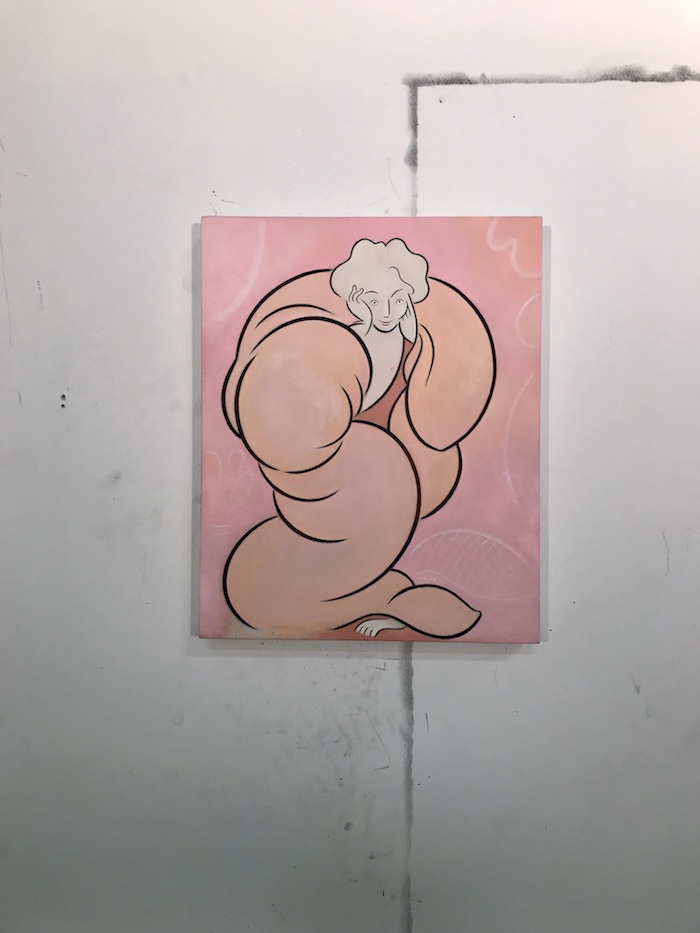 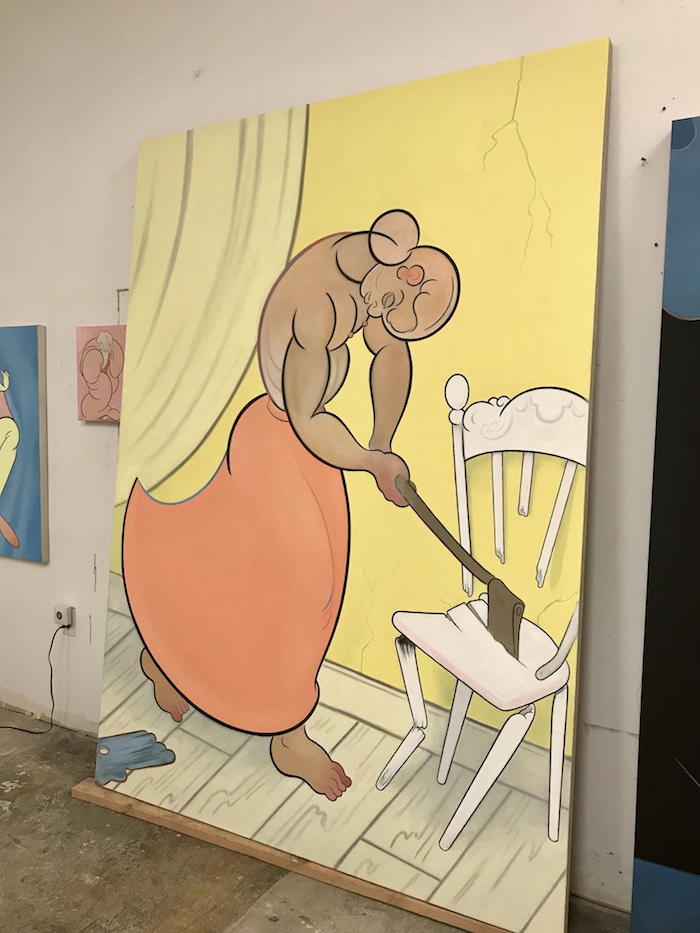 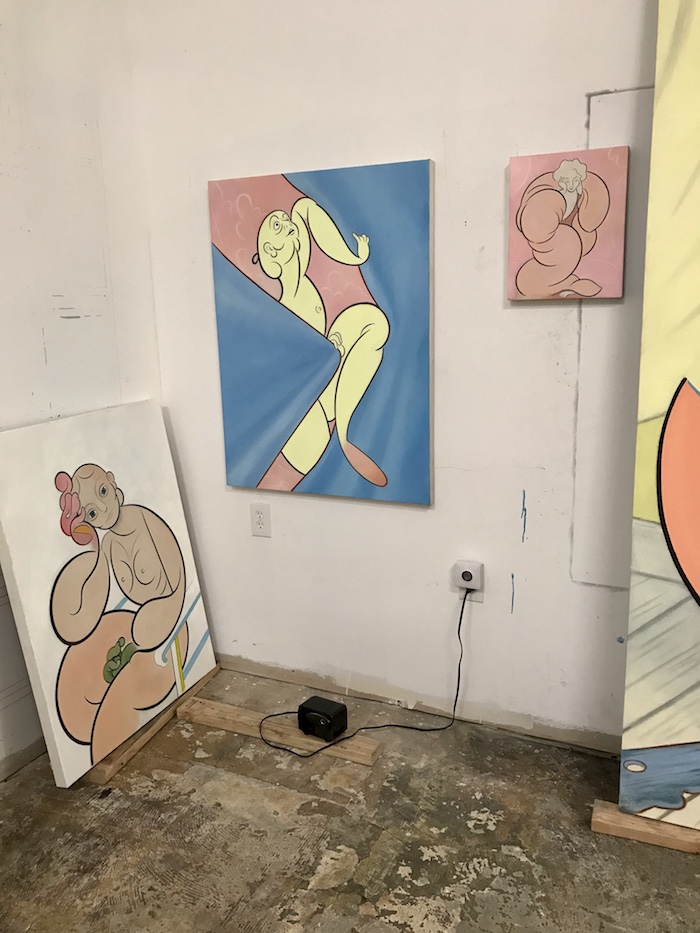 On December 15th. Ghebaly Gallery will be presenting Breaking the Prairie, a new solo show by Koak, an artist we've featured recently in our magazine. The show will mark her recent move towards focusing on large works on canvas, as well as a sculptural installation of smaller works on display inside a custom built and designed frame/folding screen.

The title for the show was borrowed from a placard accompanying the sketch for a mural which was depicting men chopping trees and plowing fields/sowing seeds. For Koak, prairie "is a vision, a fictional utopia of Americana or the long-dead dream of vacancy waiting to be grabbed". Further on, breaking the prairie meant breaking the nature, building homes and American society, the same one in which "drained women of their own wild nature". Simultaneously, breaking the prairie meant breaking out of those boxes, freeing from tradition and allowing the wilderness to roam free once again.

We got a peek inside Koak's studio just before the new works were packed and shipped to the gallery, including the title piece for this exhibition depicting a female subject chopping a chair. As an analogy to the previously mentioned mural Koak's vision is portraying the other version of breaking the prairie. Working with elegant lines, harmonious gestures that construct her delicate imagery, the new works both on paper and canvas are filled with raw energy and captivating dynamics. Juxtaposing the soft subdued hues and exaggerated postures that evoke fragility against impulsive and explosive action, the artist creates tension that feels both uncertain and victorious. Showing her characters in most impossible poses, especially in two large drawings on paper, it feels as if Koak wanted to portray the undiscovered strength and rage that is hidden behind gender role stereotypes. —Sasha Bogojev

Koak's Breaking the Praire will be on view through January 19, 2019