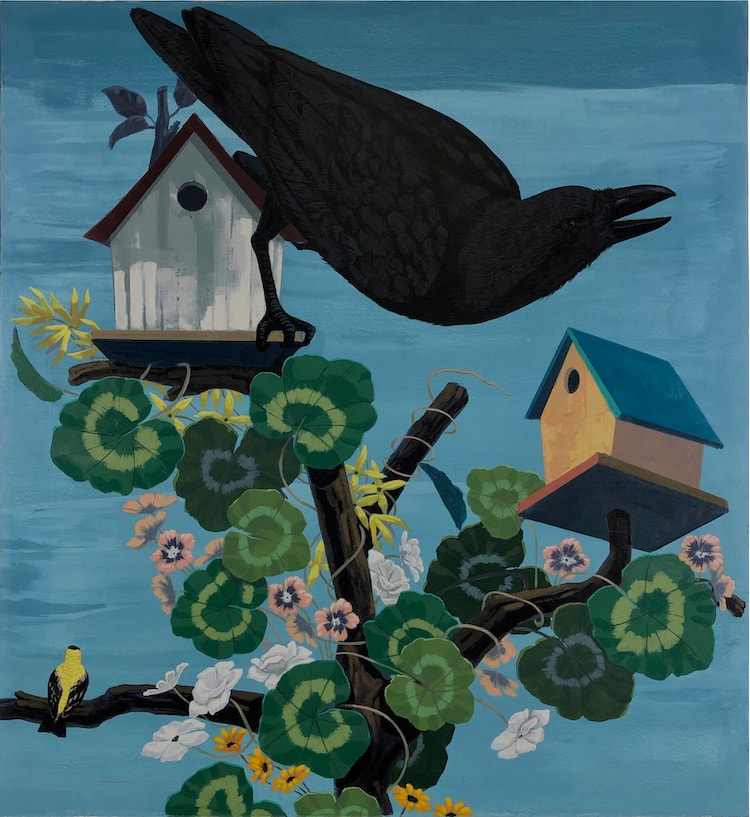 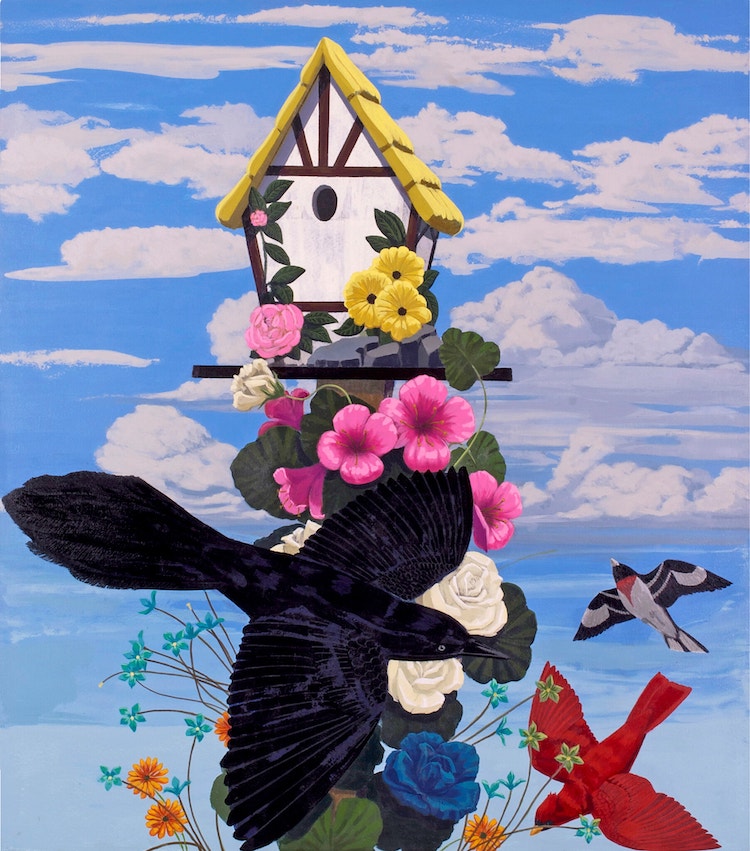 I remember the American author Jonathan Franzen so eloquently speaking about his love of birdwatching and how I could not imagine myself possessing the patience or wherewithal to practice the art of viewing with such concentration. There is something about observation in the act of birdwatching that requires acute, special insight and viewing intellect, that is so fascinating, and I will always give extra attention to someone who is an active birdwatcher, as I presume they have other in-depth insights into the world. Does it surprise me that one of the great American painters of our time, Kerry James Marshall, would introduce to the world two fantastic new paintings on the topics of birds, influenced by the John James Audubon’s 19 century “magnum opus,” The Birds of America? No, because Marshall is one of the great observers America has ever-produced.

As part of an ongoing series of special online presentations, David Zwirner just launched Studio: Kerry James Marshall, where he showcases two new works, Black and part Black Birds in America: (Crow, Goldfinch), 2020 and Black and part Black Birds in America: (Grackle, Cardinal & Rose-breasted Grosbeak), 2020. Of course, I immediately started to think of the origins of America’s new discourse with race, a tumultuous and racist encounter in Central Park involving a black male birdwatcher and female dog owner whose use of social power structure sparked outrage and shock the week before George Floyd’s murder propelled the conversation even further. Marshall doesn’t shy away from race in these works, and so elegantly places racial tensions within these interpretations of Audubon’s works. As Zwirner notes, “In Black and part Black, Birds in America, Marshall deftly positions Audubon’s construction of his own identity and his life’s work as an analogy for the ambiguities and nuances of American racial politics both in Jefferson’s day and since. The work’s title pointedly draws an equivalency between the rubric used to classify humans and that used to classify animals, while also playing on the double meaning of the word ‘black’ in the racial and chromatic senses."

It’s rare that we get the chance to so deeply study two works by an artist, as often we are used to seeing solo shows with multiple works and accompanying essays. That Marshall’s place in contemporary art is so canonized that just two new works draws so much attention is powerful. This unique opportunity to see the historical context of his studies behind the works is special as well. “For people of color, securing a place in the modern story of art is fraught with confusion and contradictions about what and who they should be—black artists, or artists who happen to be black,” Marshall wrote about this show. “A modernist has always looked like a white man, in one way or another. Universality has, unquestionably, been his gift to bestow on others.” —Evan Pricco