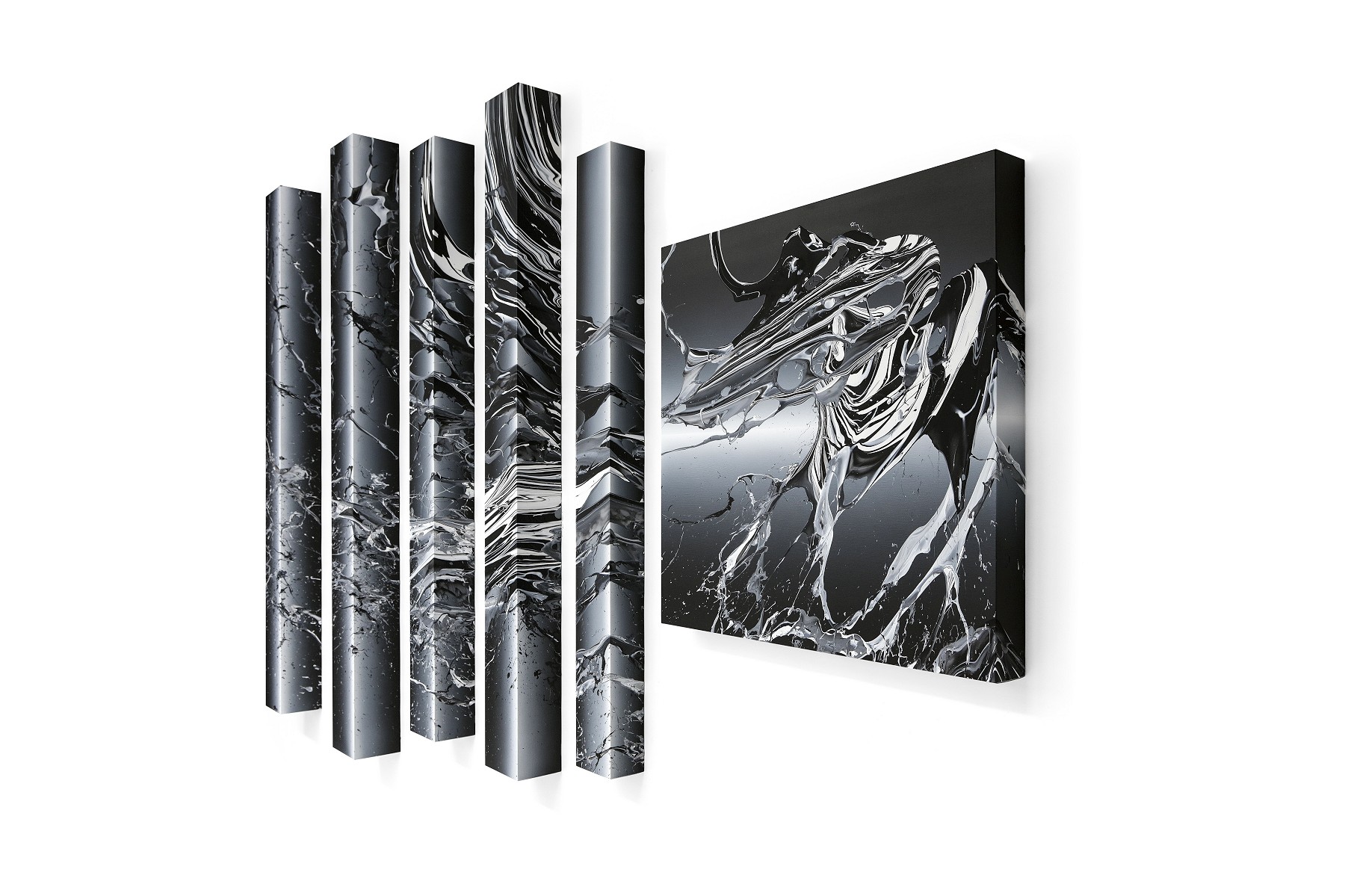 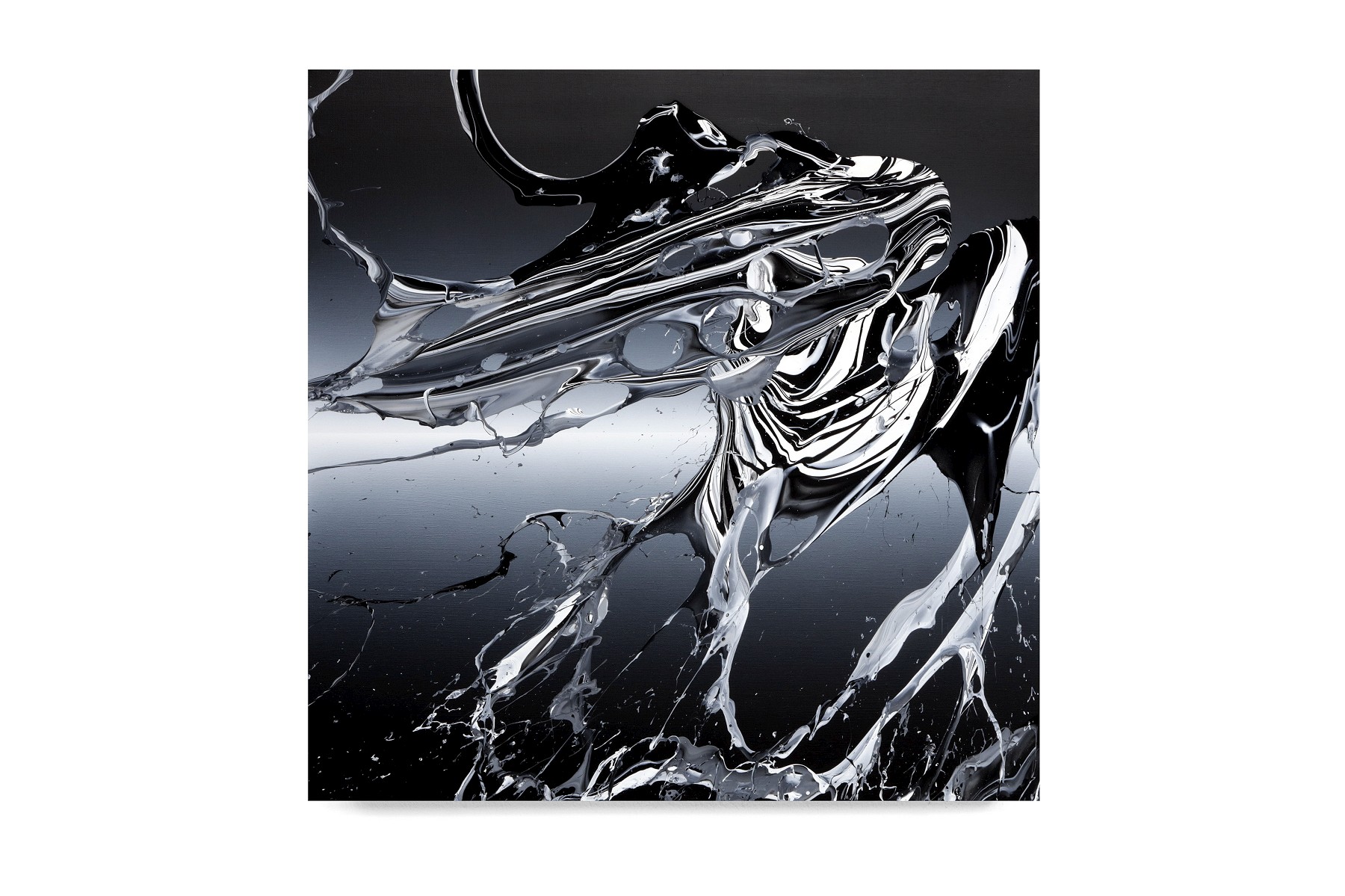 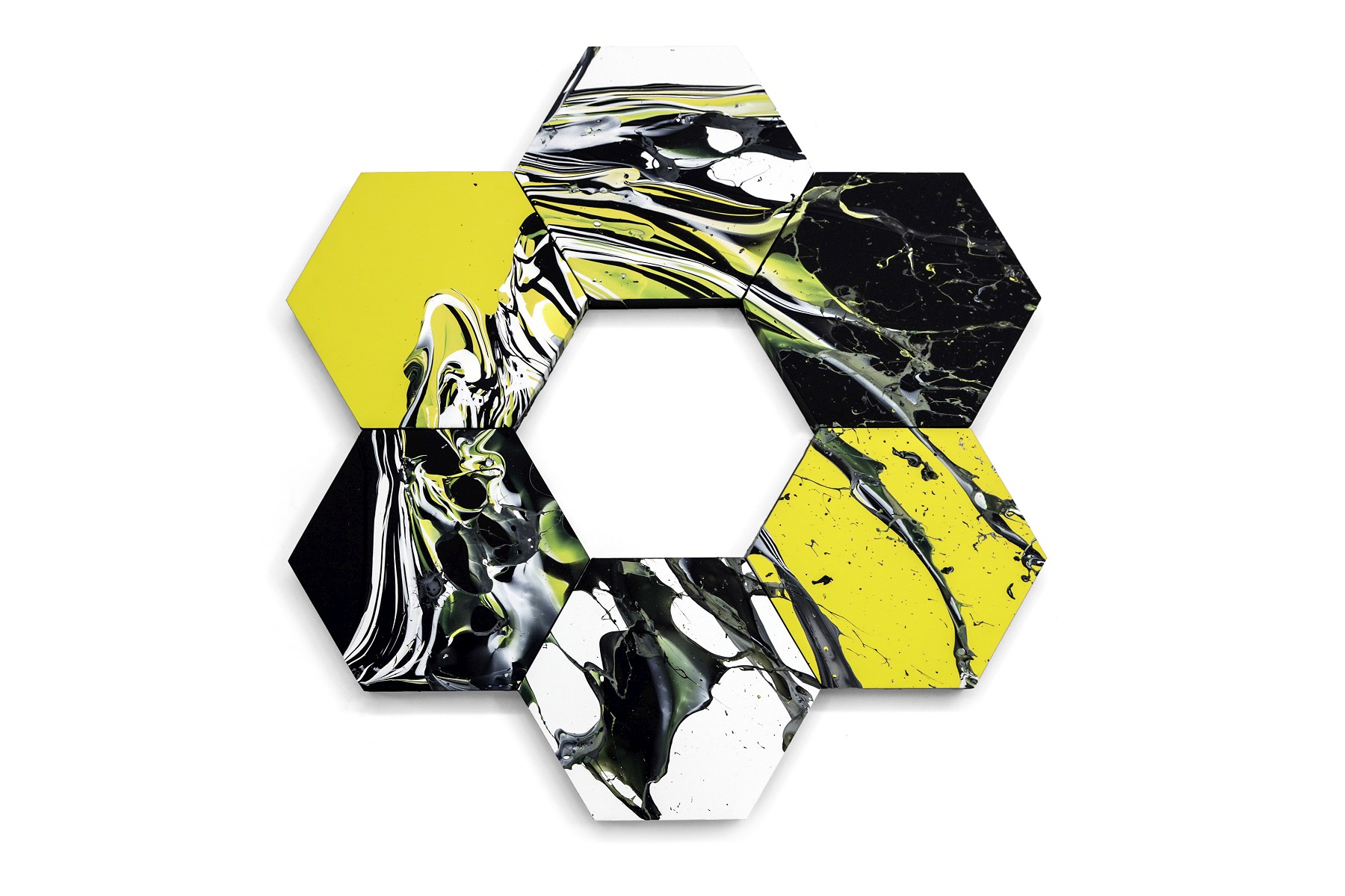 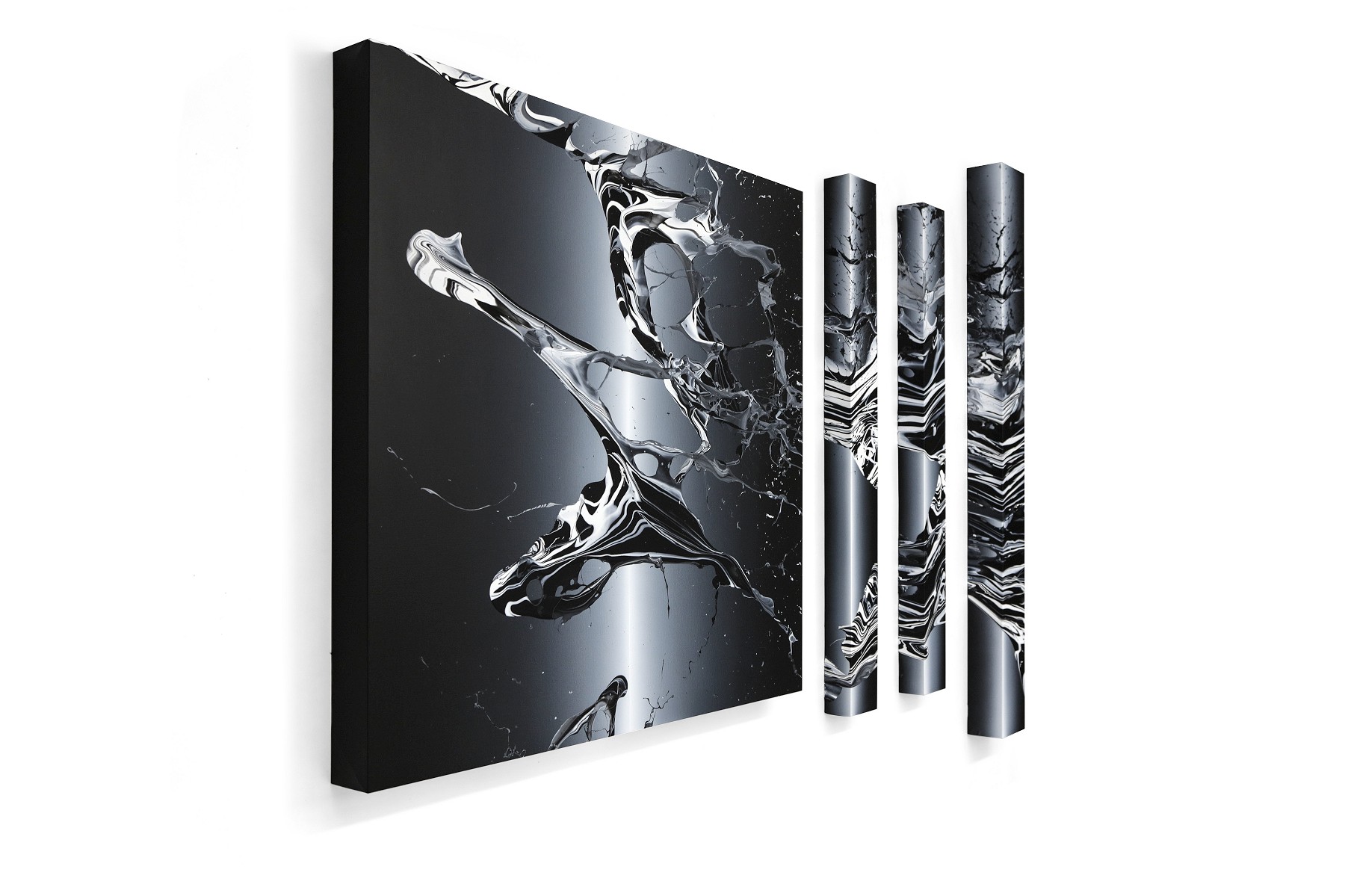 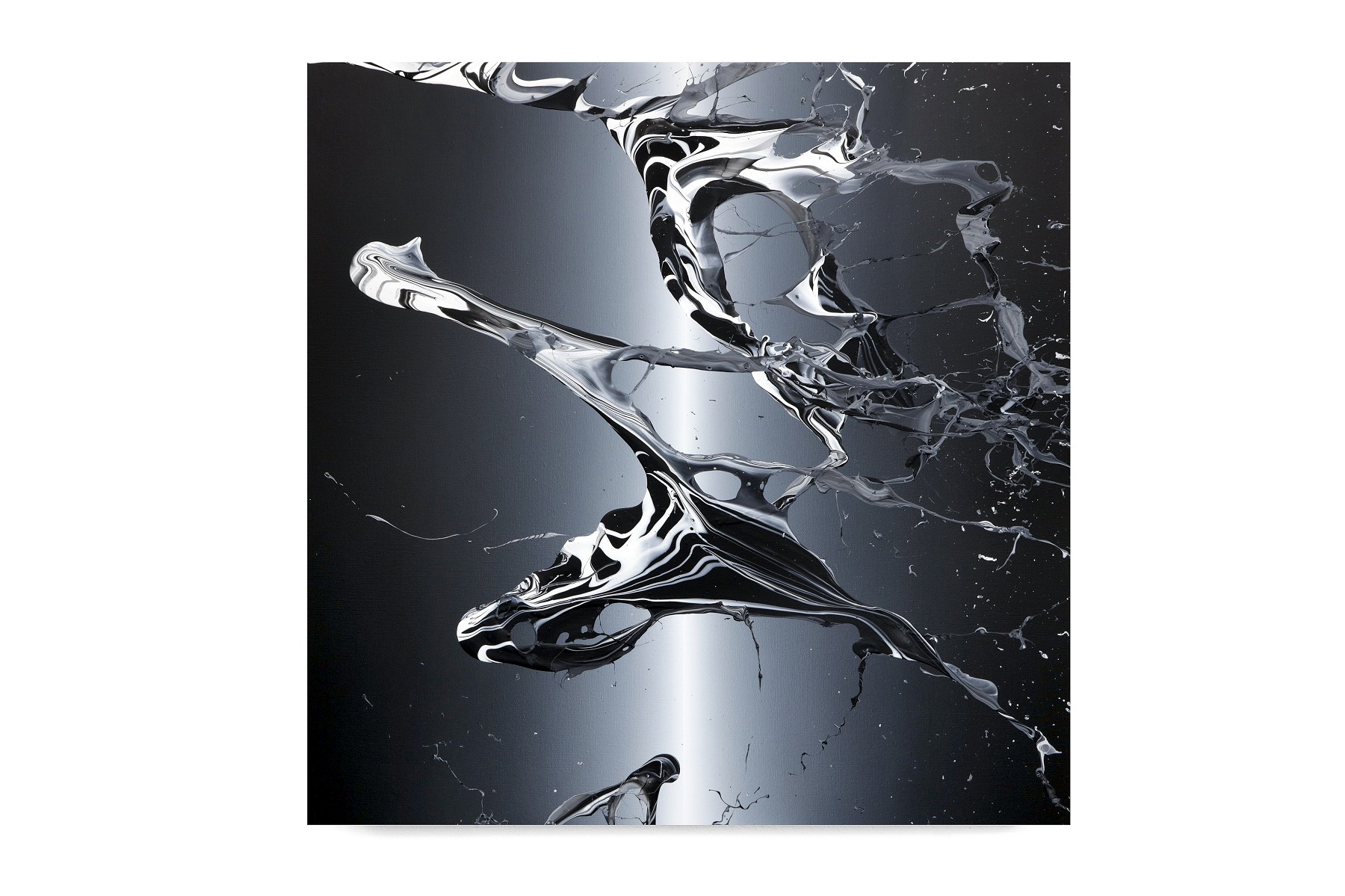 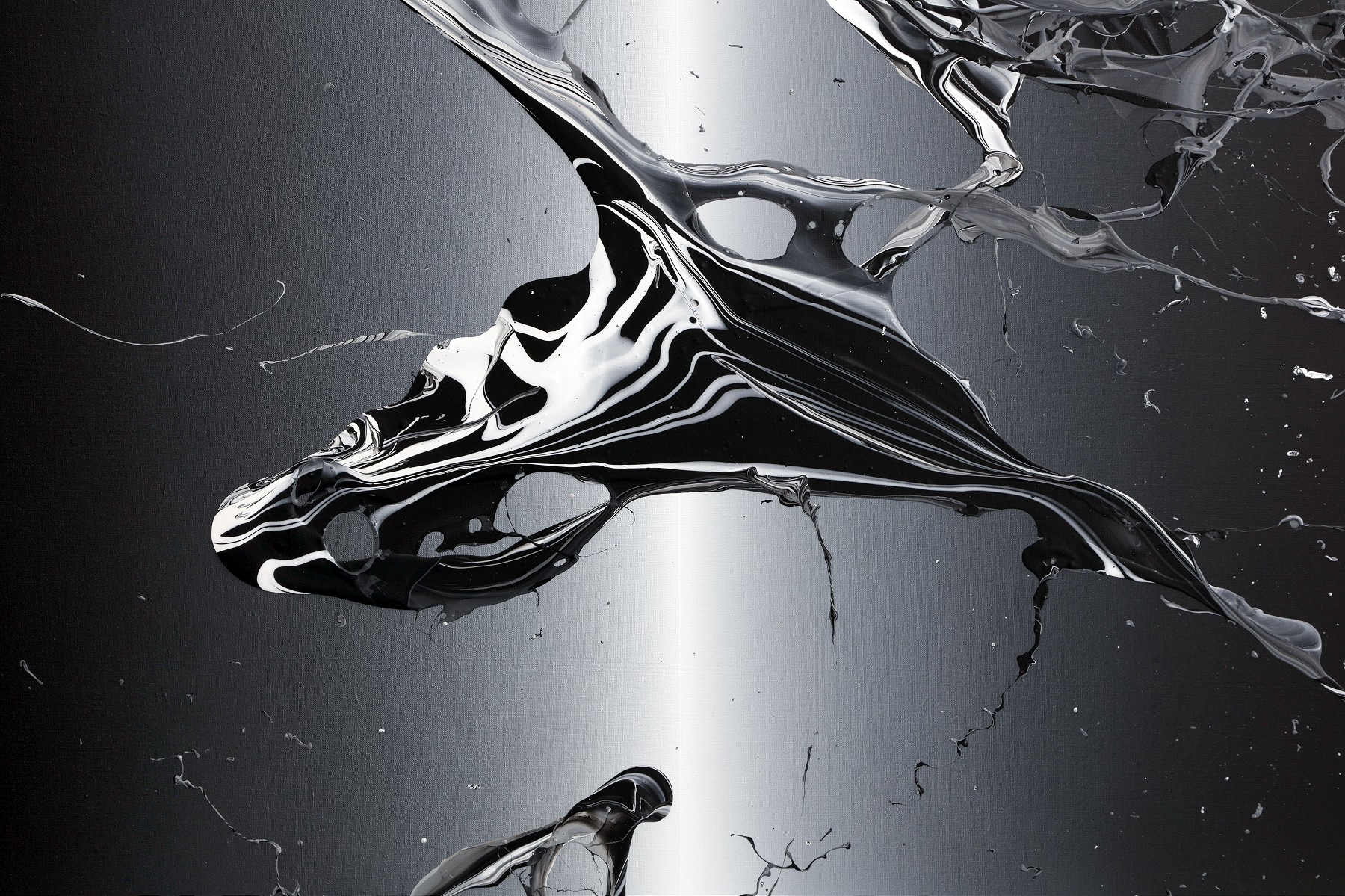 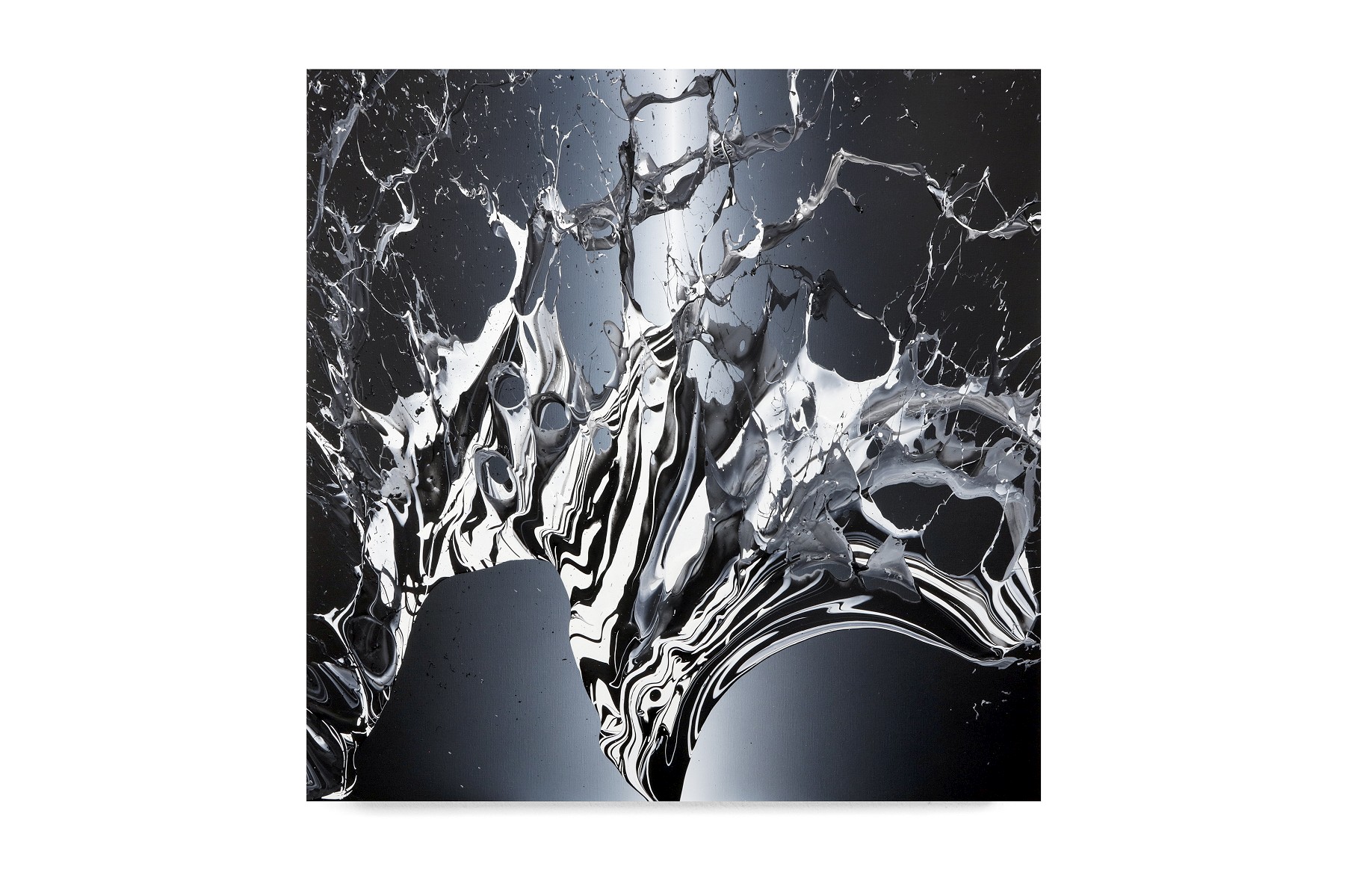 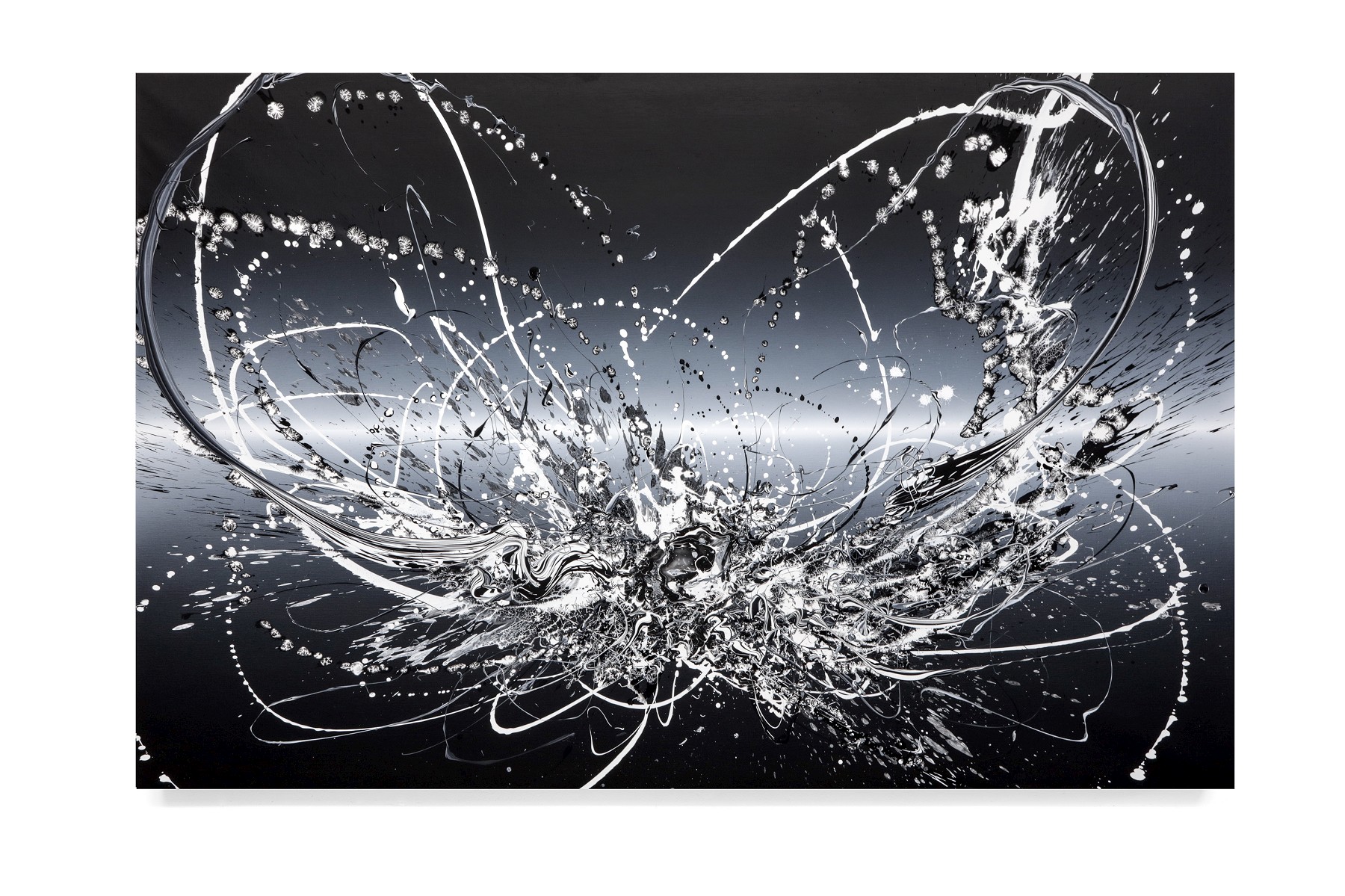 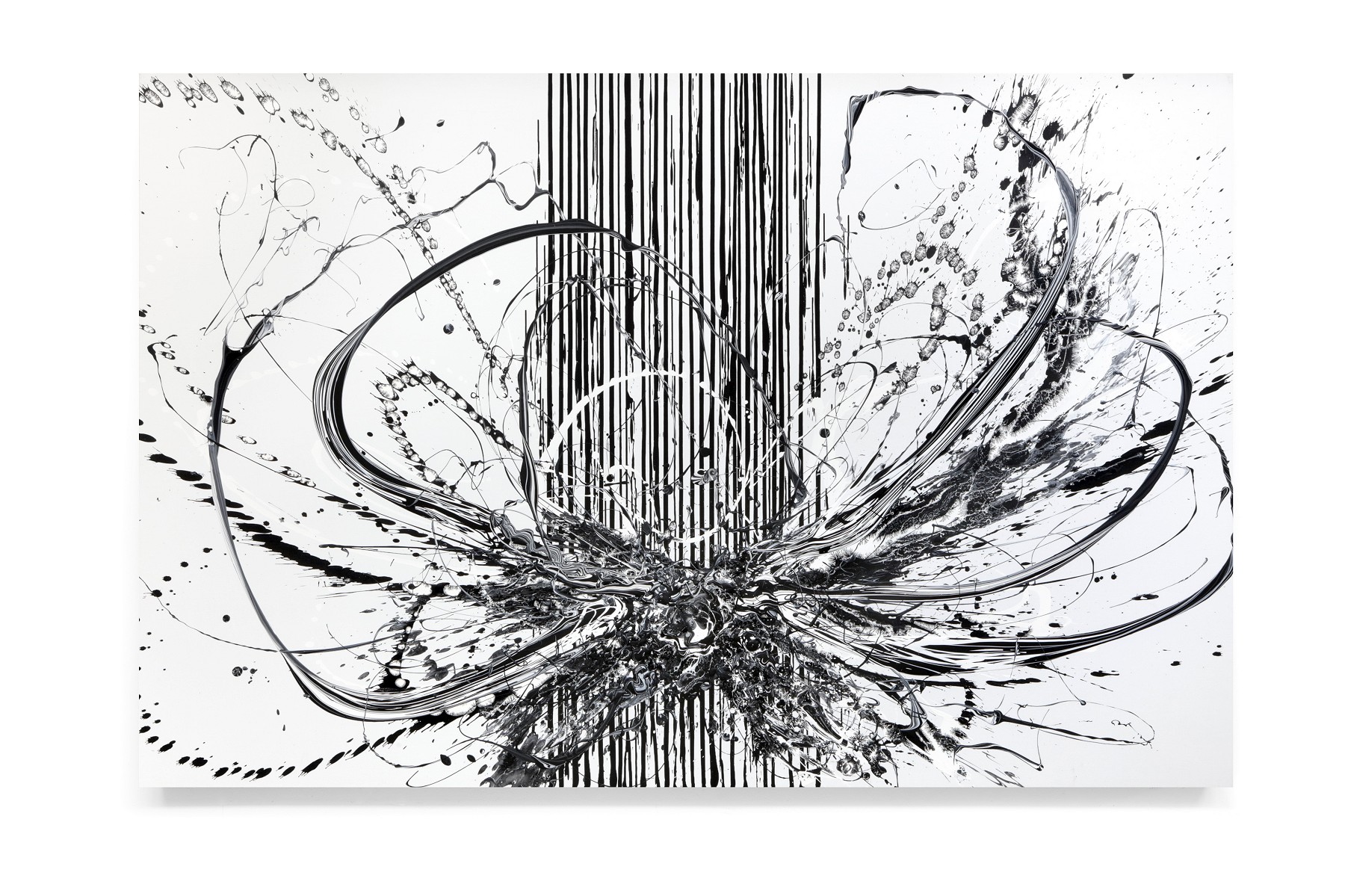 Marking International Women’s Day on March 8th as the first female artist to have a solo show at the JD Malat Gallery in London, Katrin Fridriks will be back in British capital after almost 3 years. The Icelandic abstract painter, who we've featured in our October 2017 issue, will be presenting a large new body of work under title Grey Area in her debut solo exhibition with the gallery.

Strongly inspired by the discoveries and studios of Serbian scientist Nikola Tesla, and his ideas for clean and free energy, the new body of work follows his idea that the secrets of the Universe are hiding in terms of Energy, Frequency & Vibration. Transferring that idea into the colour spectrum, Fridriks' idea of "grey area" is the region between the extremes, the black and white. The new paintings once again show the continuous perfecting of her unique creative process and technical skills. Manipulating paint by buckets in order to achieve the striking abstract creations which capture the energy put into their creation, the artist created 30 major works and installations for this showcase.

Taking the grey area as the base for her work, literally and figuratively, the new body of work is reinventing existing concepts as well as introducing new ones, such as lenticular show title piece, or multiple hexagon installation Tryptamine - Mother Molecule Changa. Some of the revamped concepts include splatter-rich large canvases from Gene&Ethics series or the multi-panel Riding Awareness series. Consisting of one large square canvas and a couple of thin vertical additions these works are utilizing the new gradient backgrounds in the arguably most effective way. Creating an illusion of reflective surface, the new pieces have more depth, creating distance between the energetic calligraphy-like paint splashes and seemingly metal-like background. The show will be accompanied with the release of a very special and a very limited show catalogue, bound by hand and printed in thermo-chromatic ink. —Sasha Bogojev