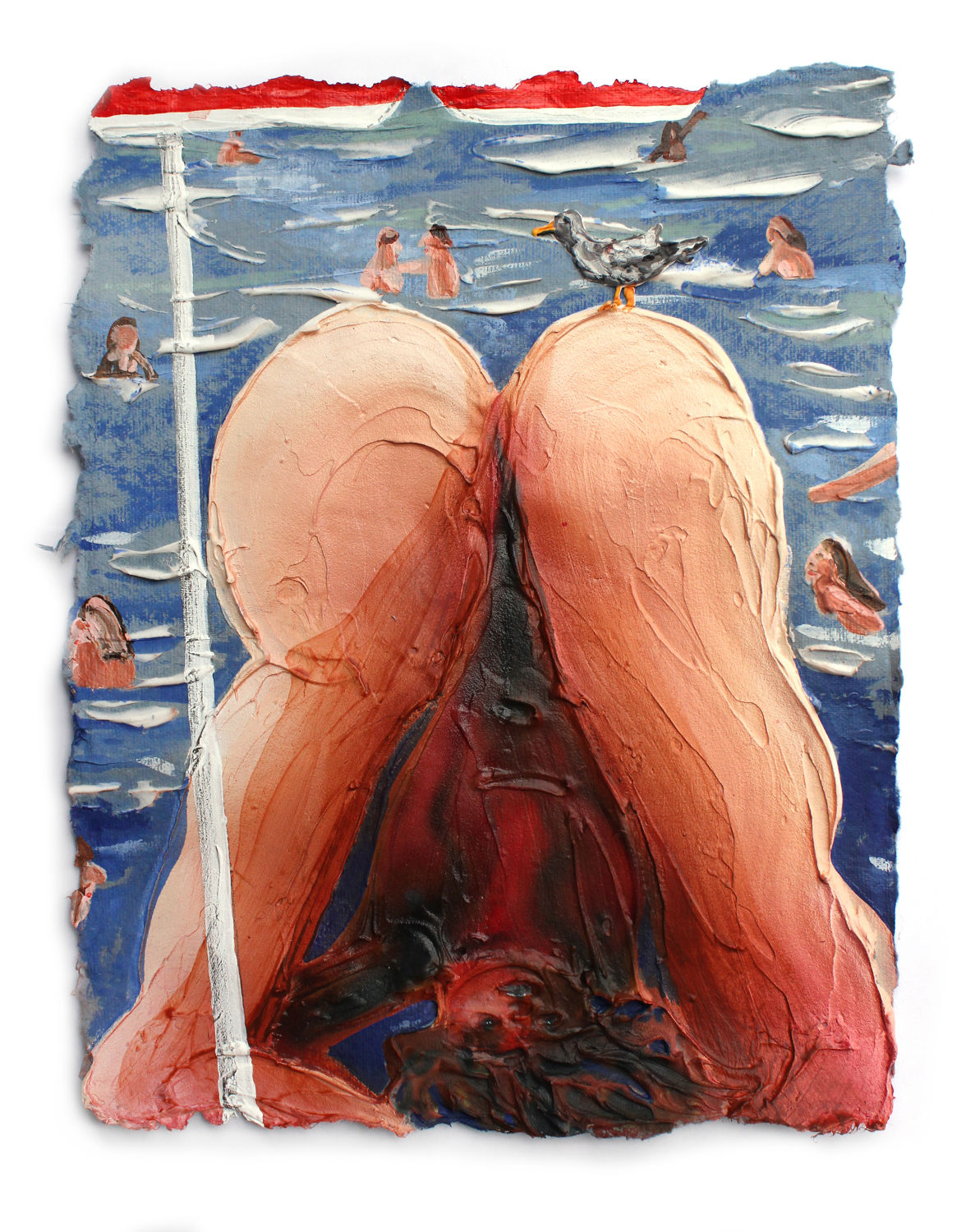 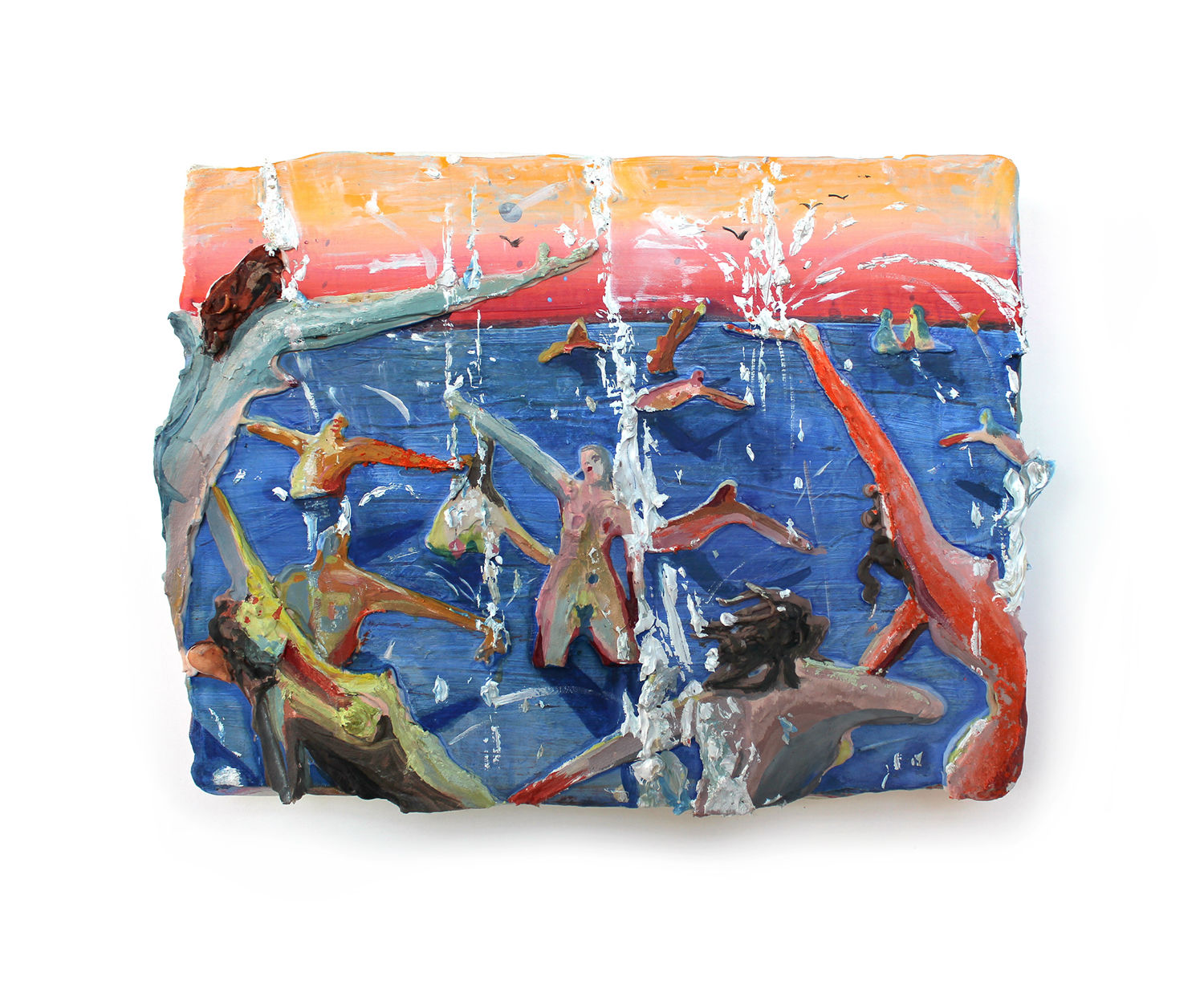 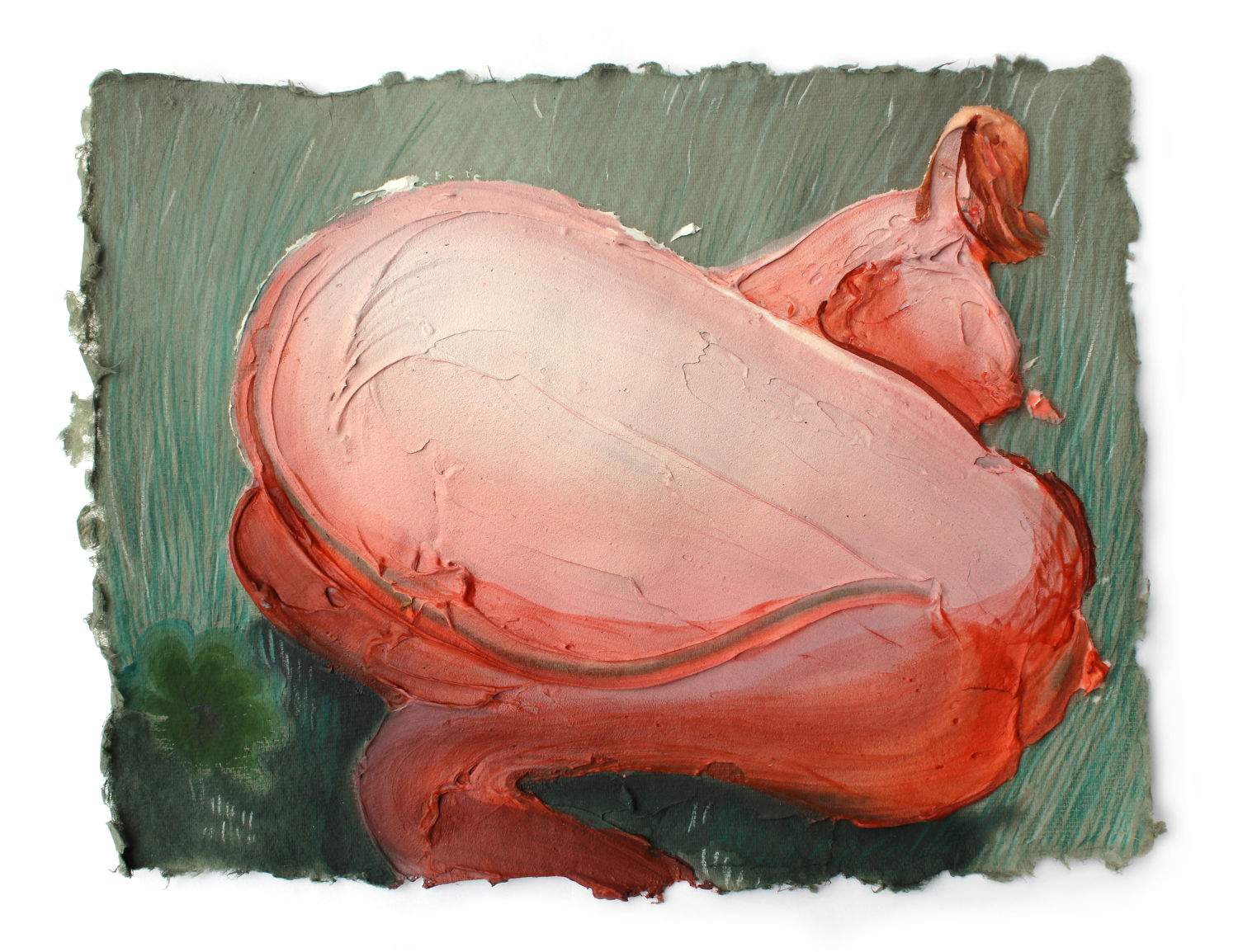 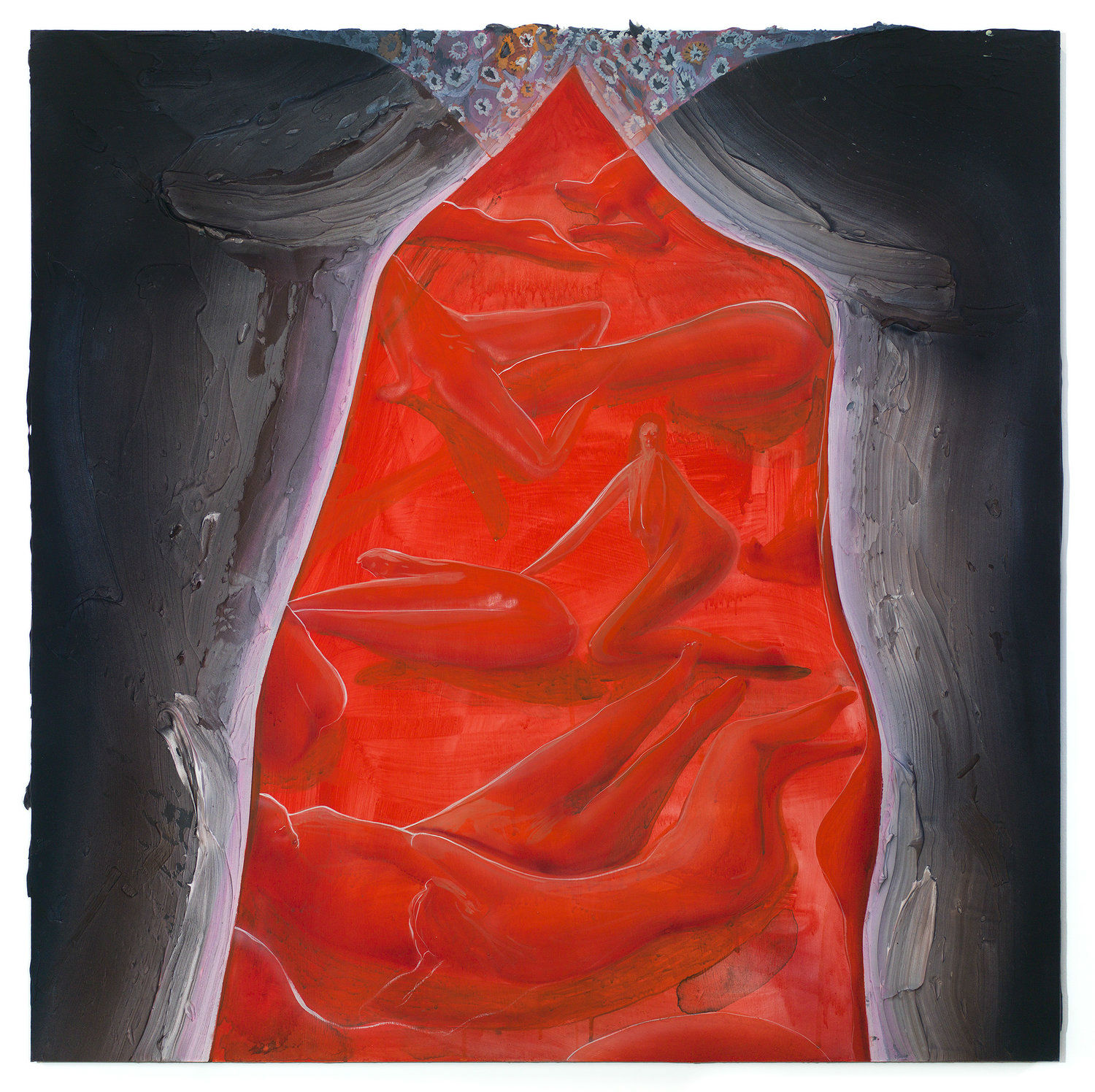 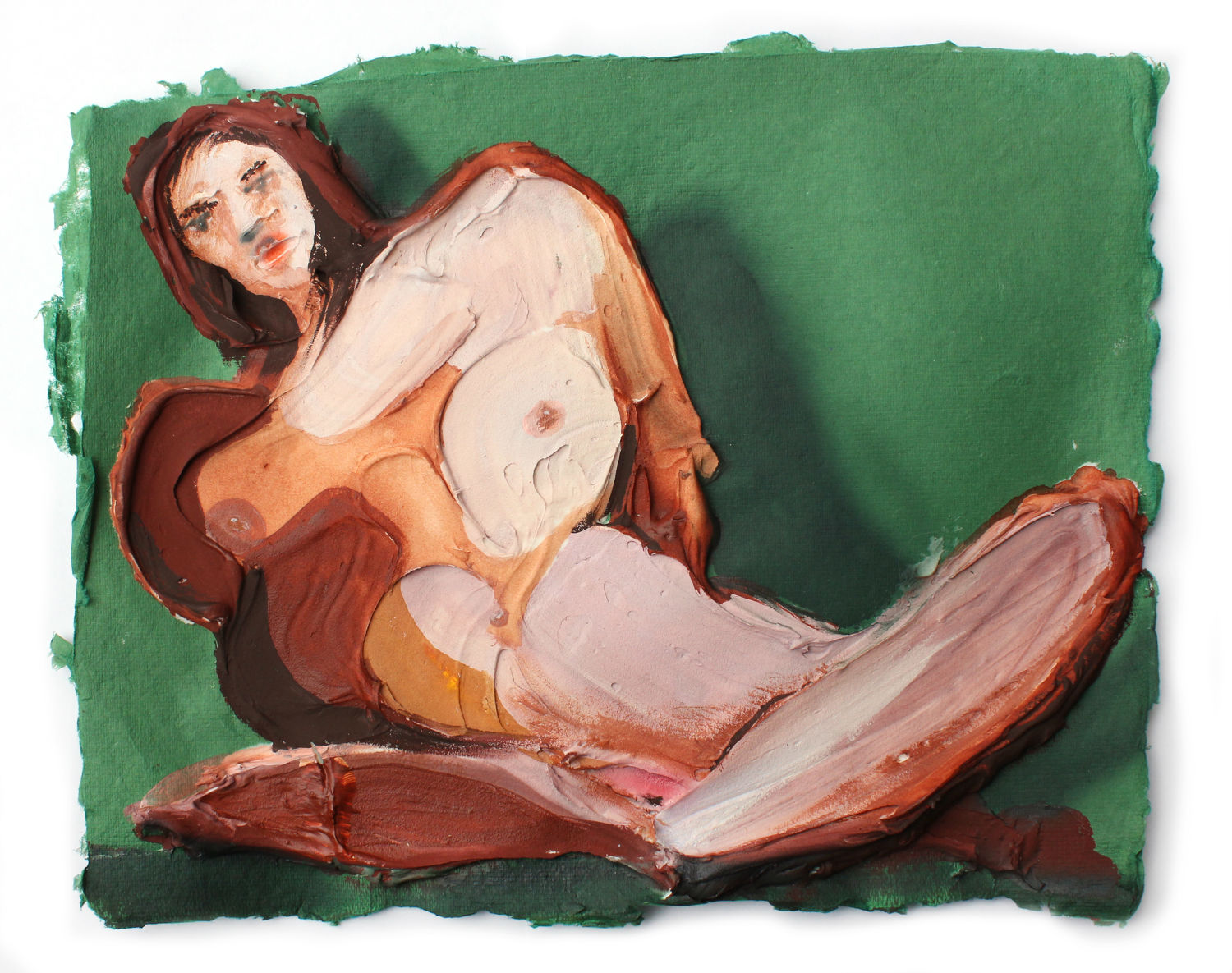 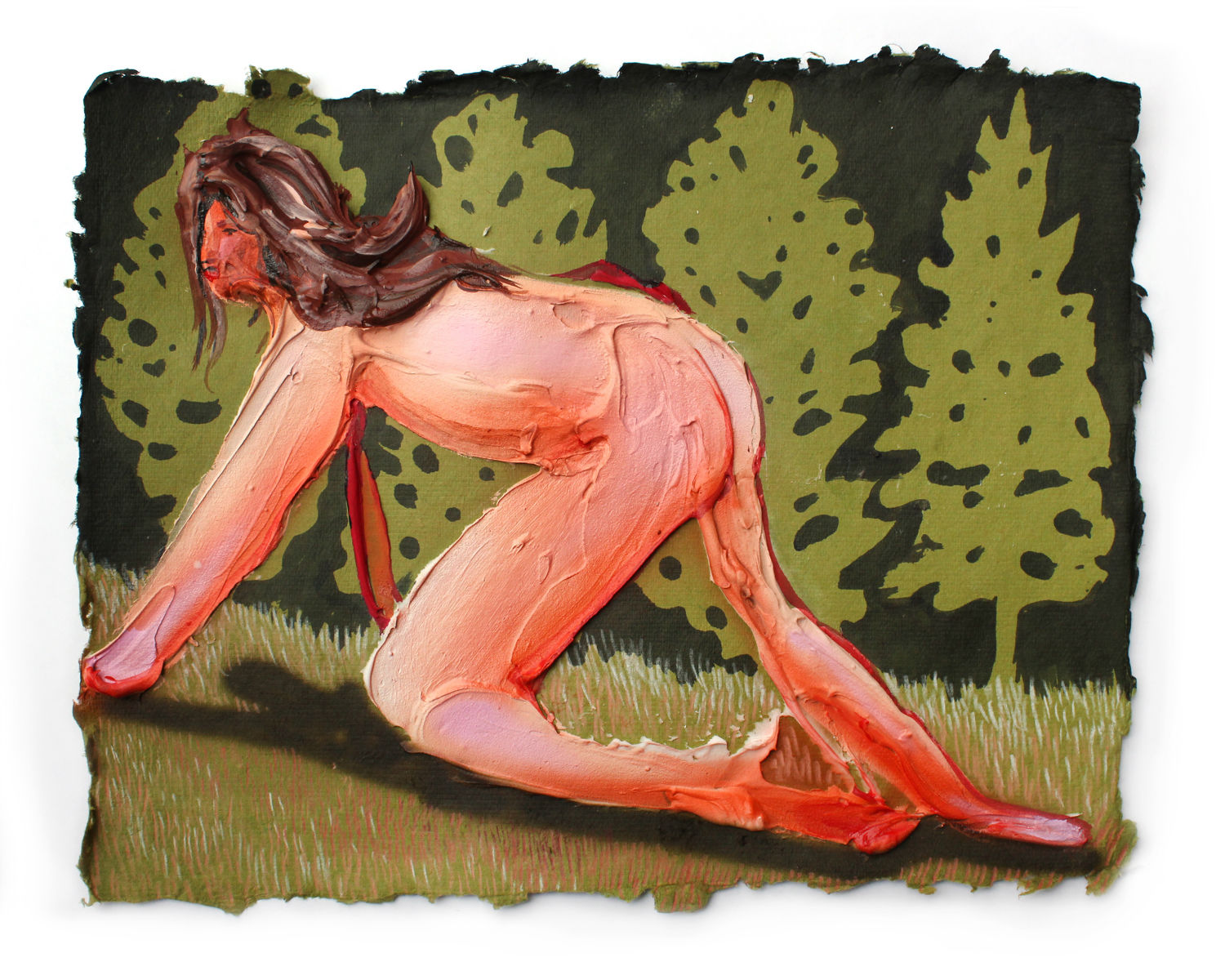 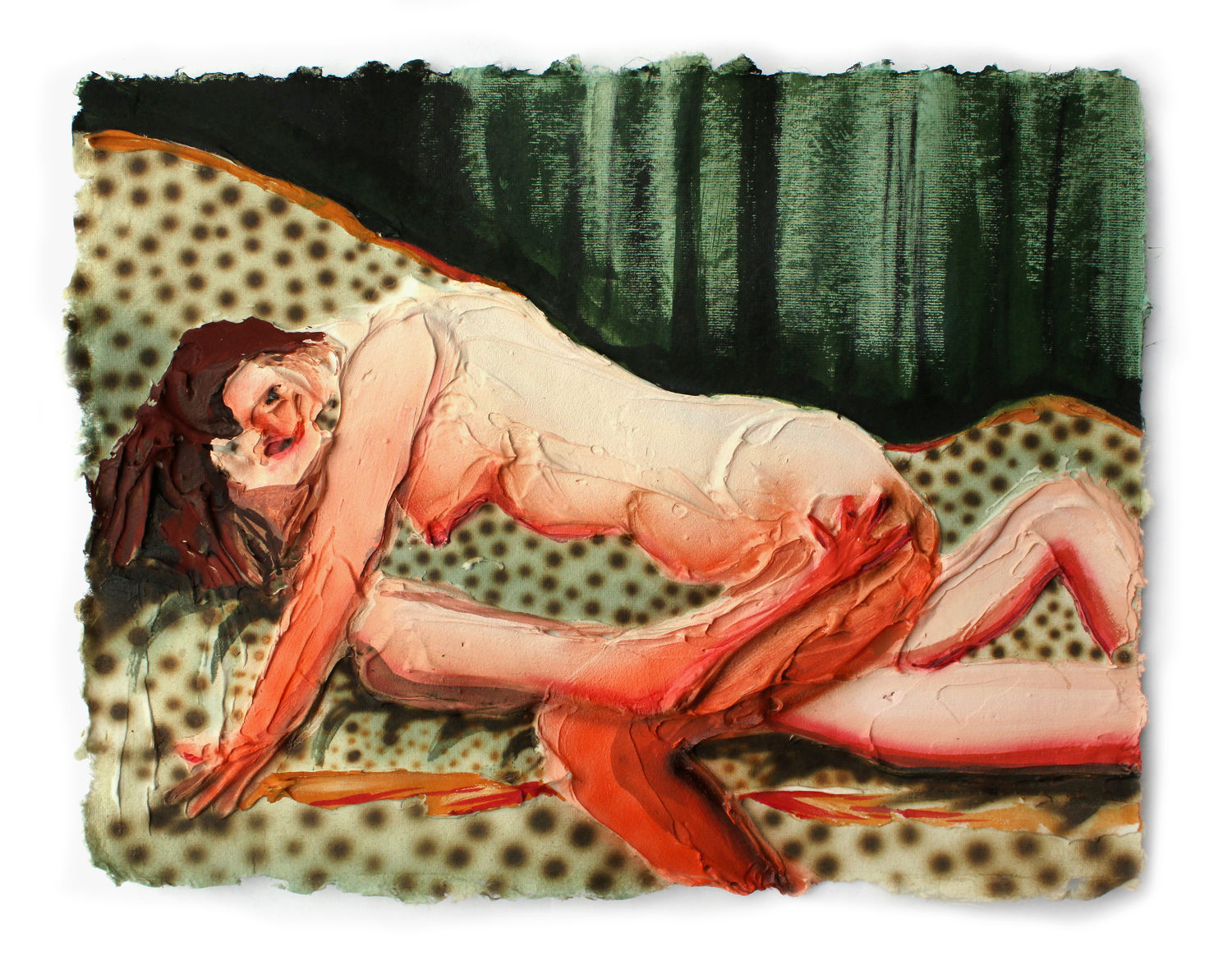 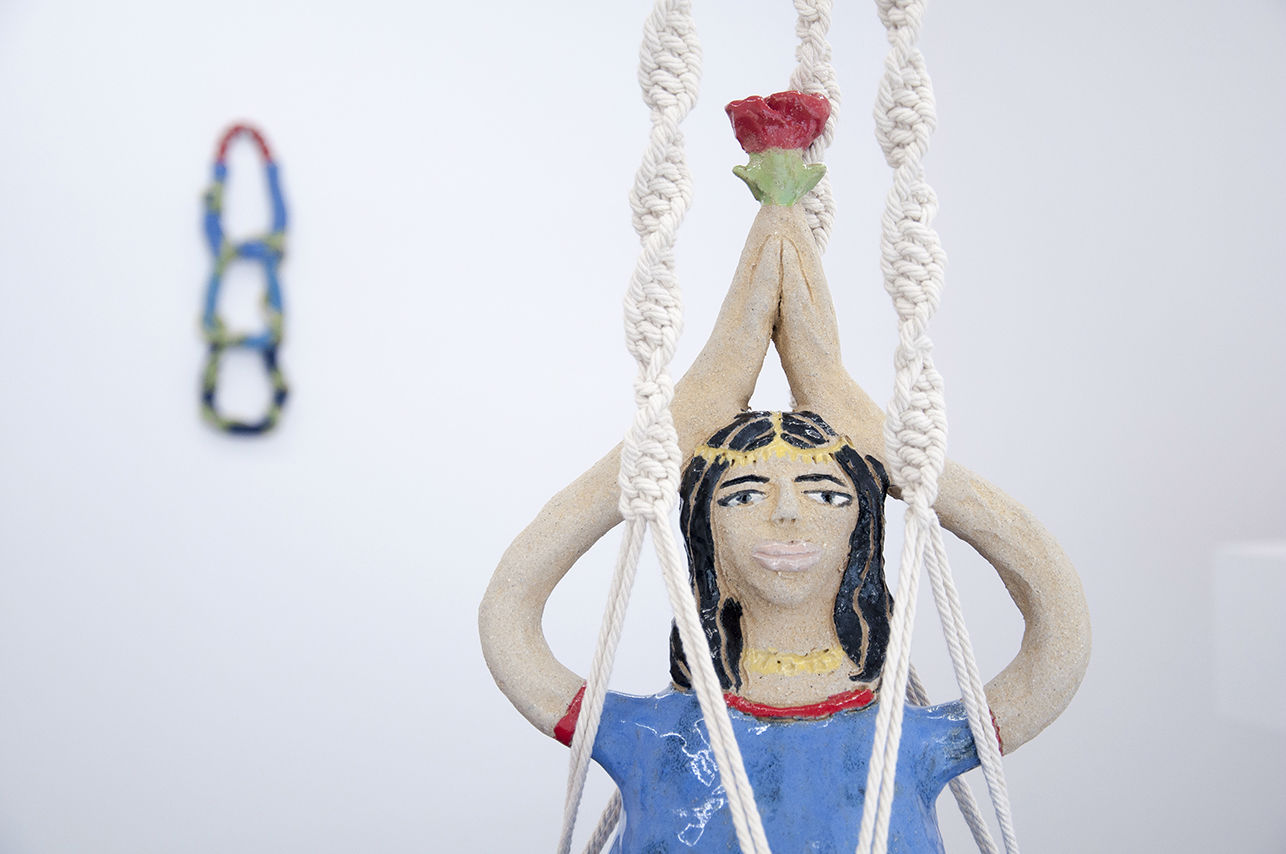 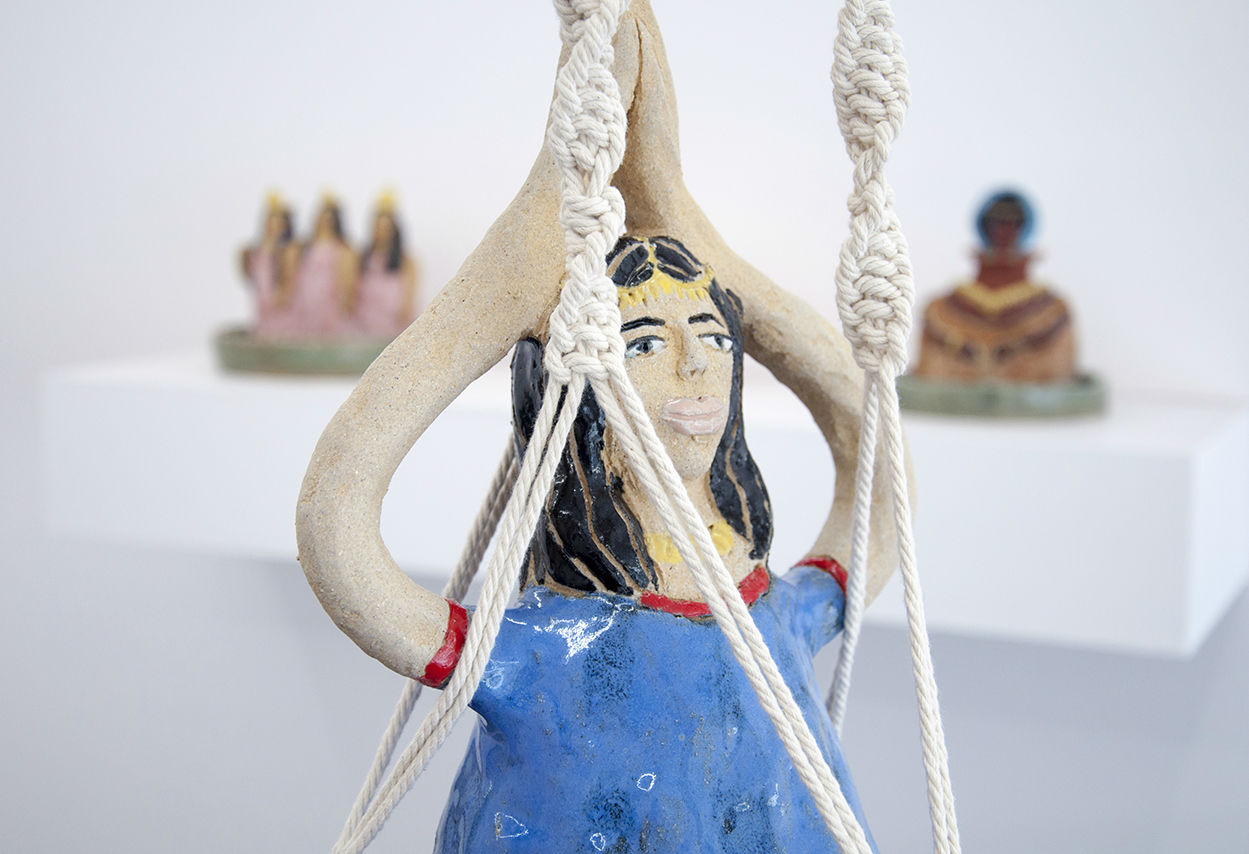 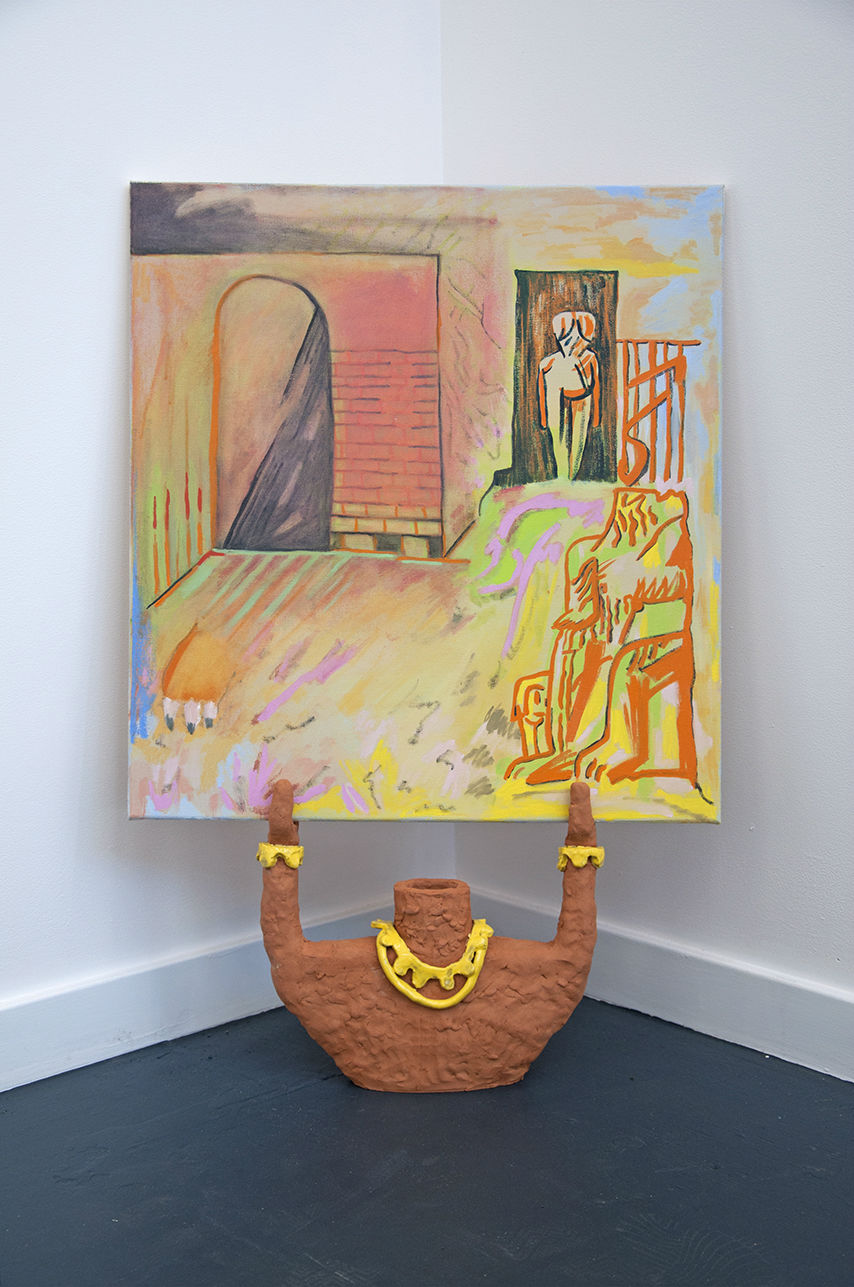 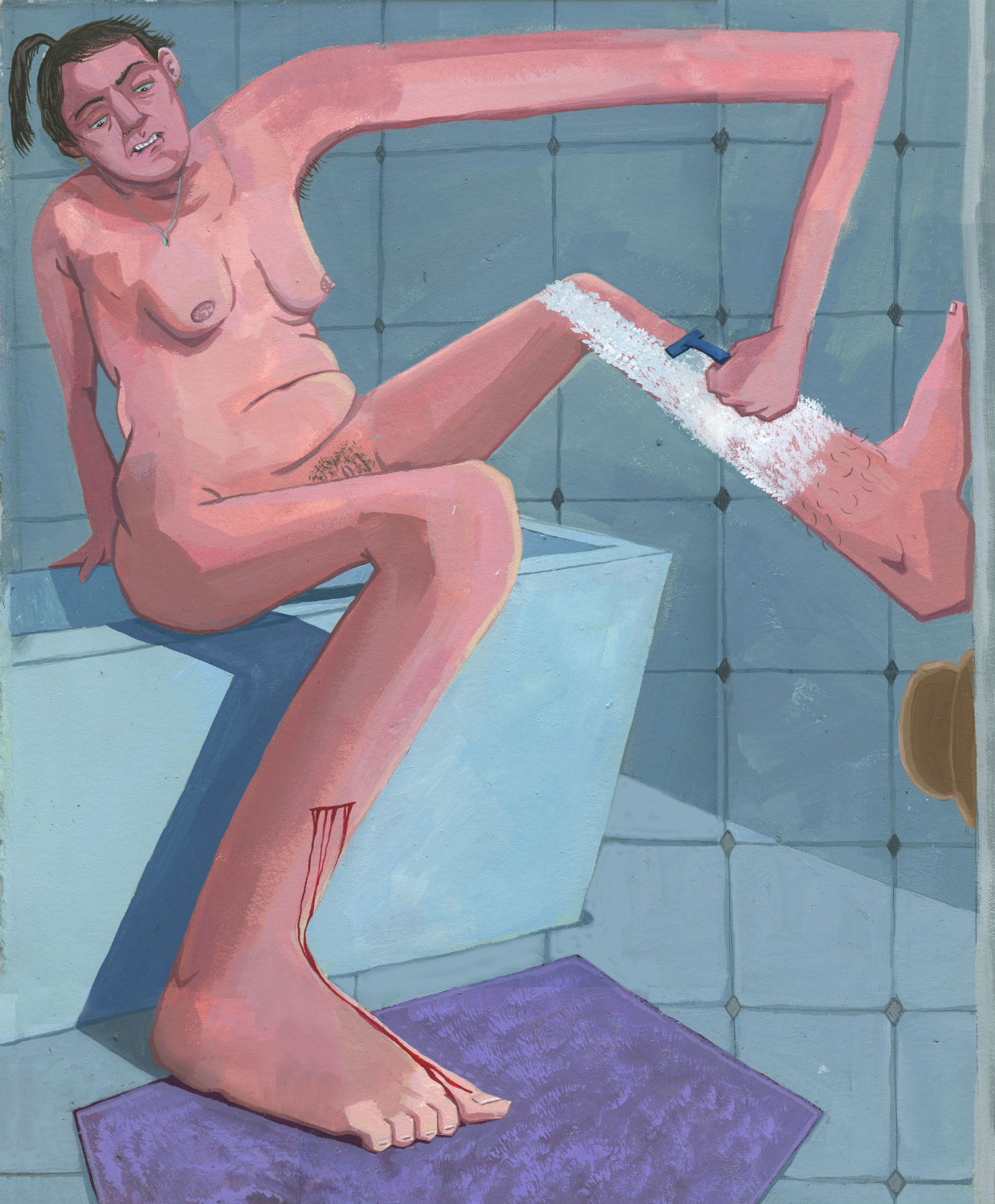 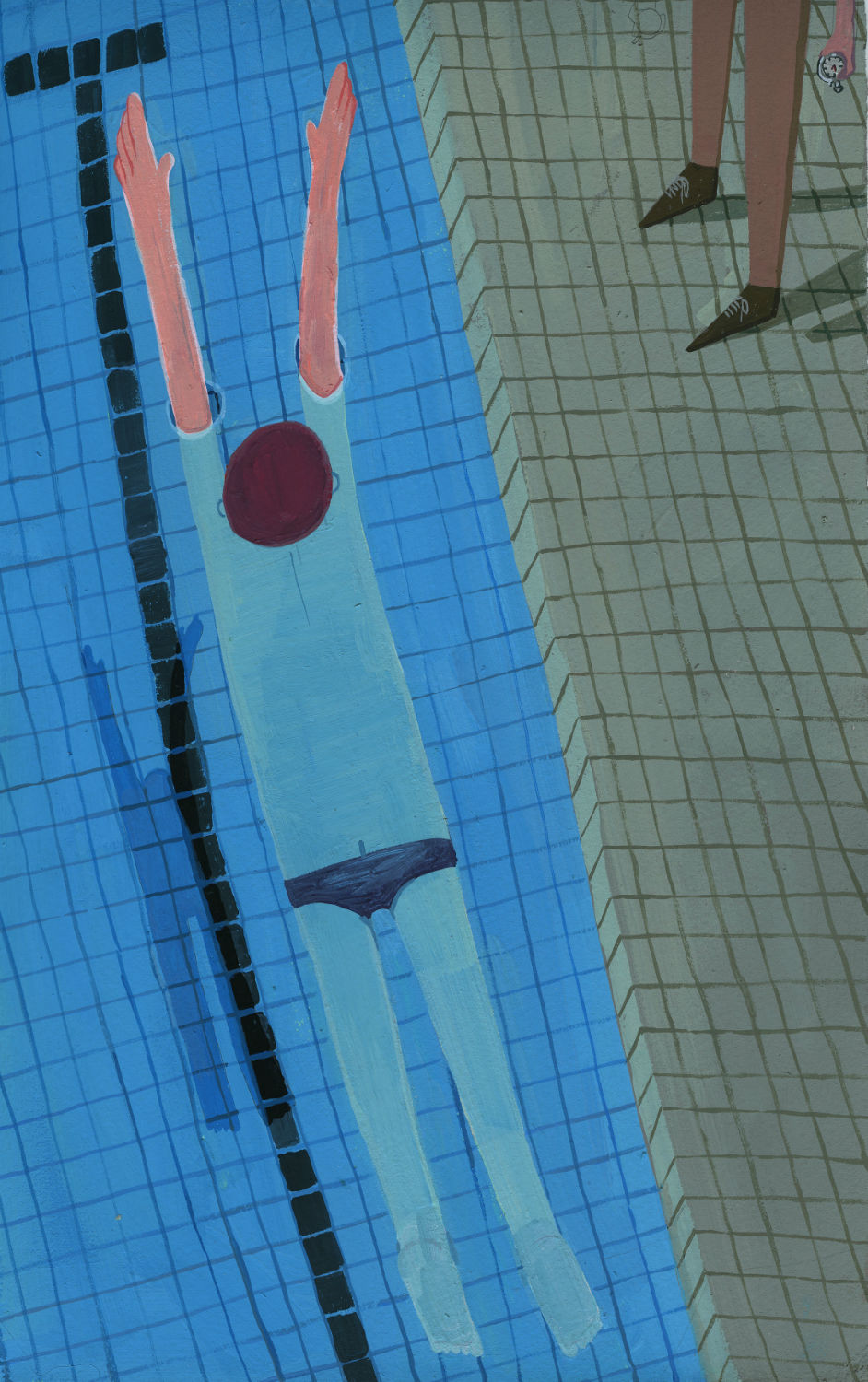 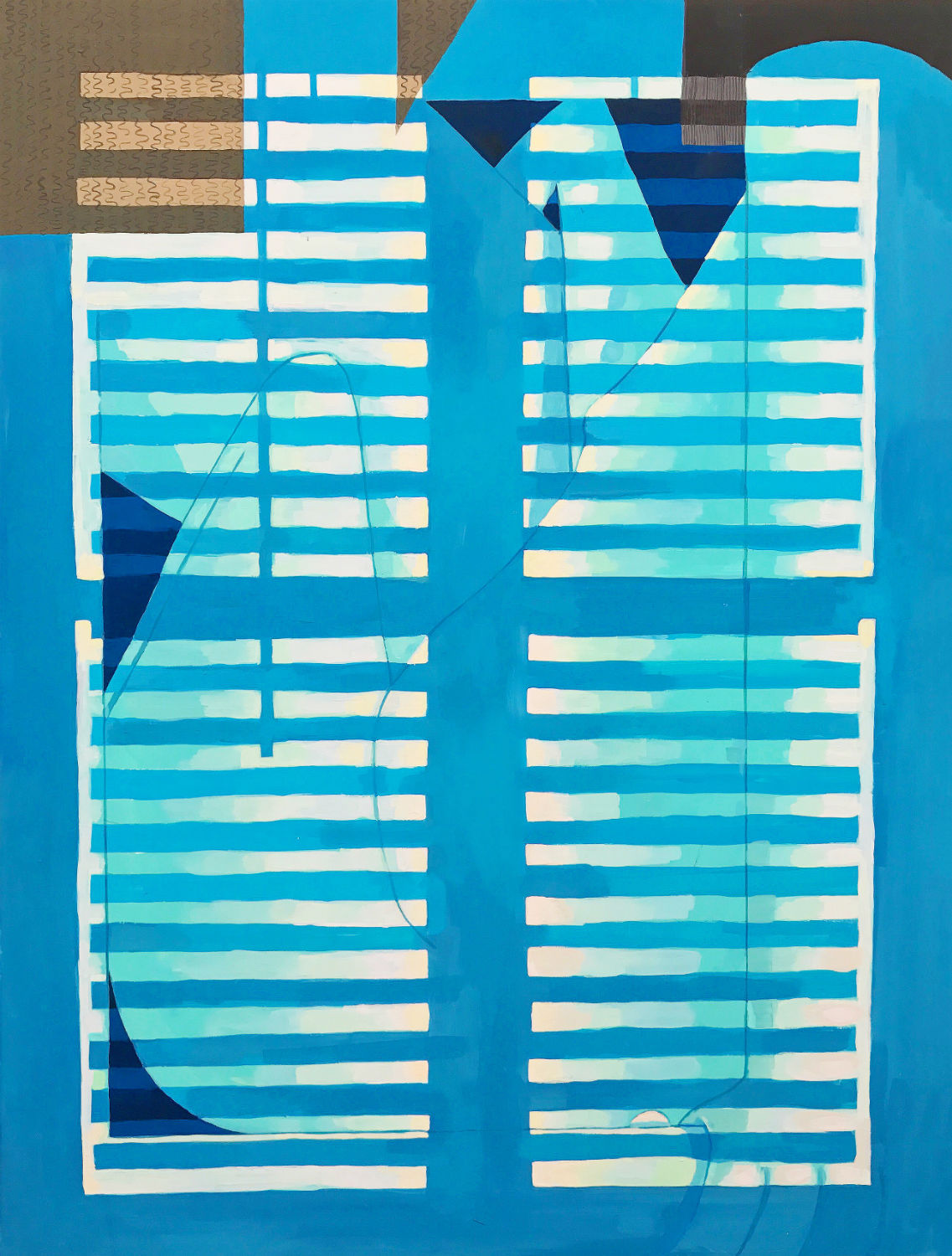 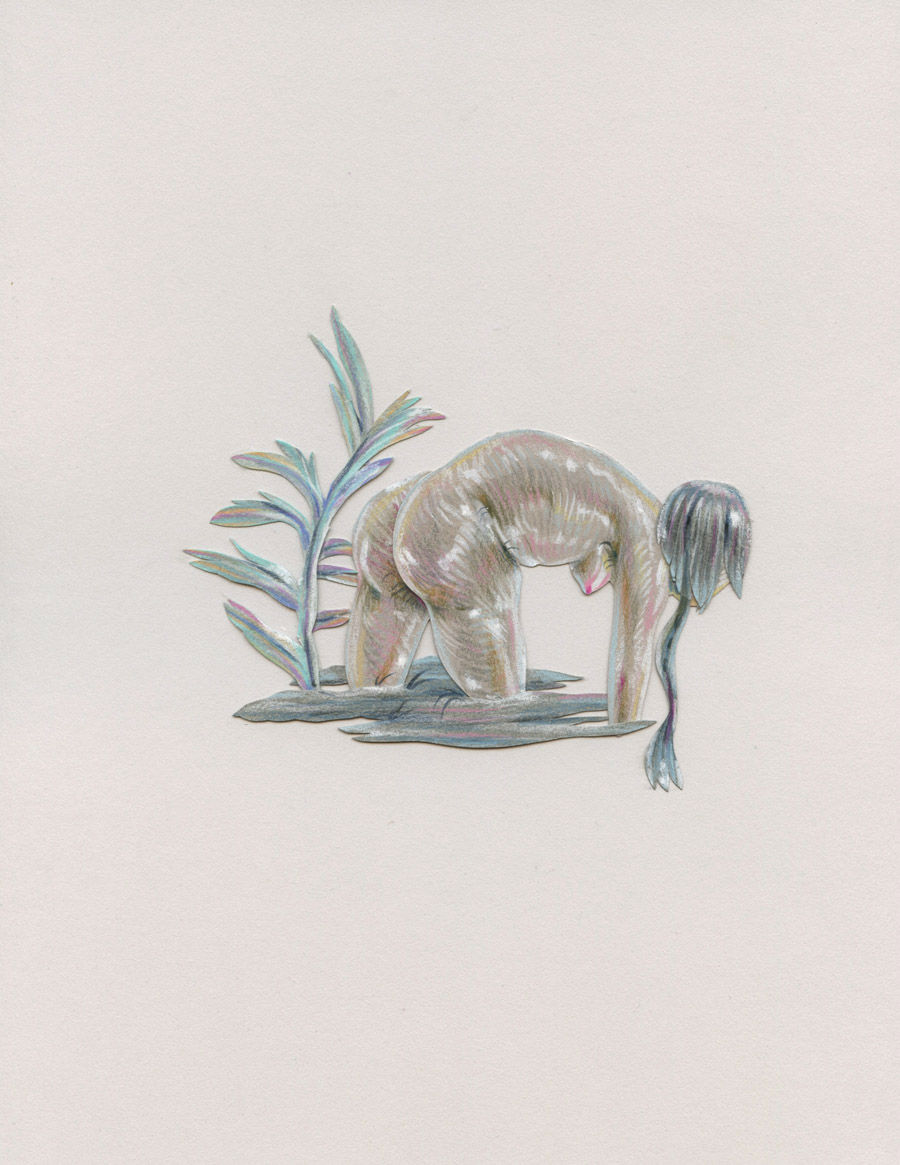 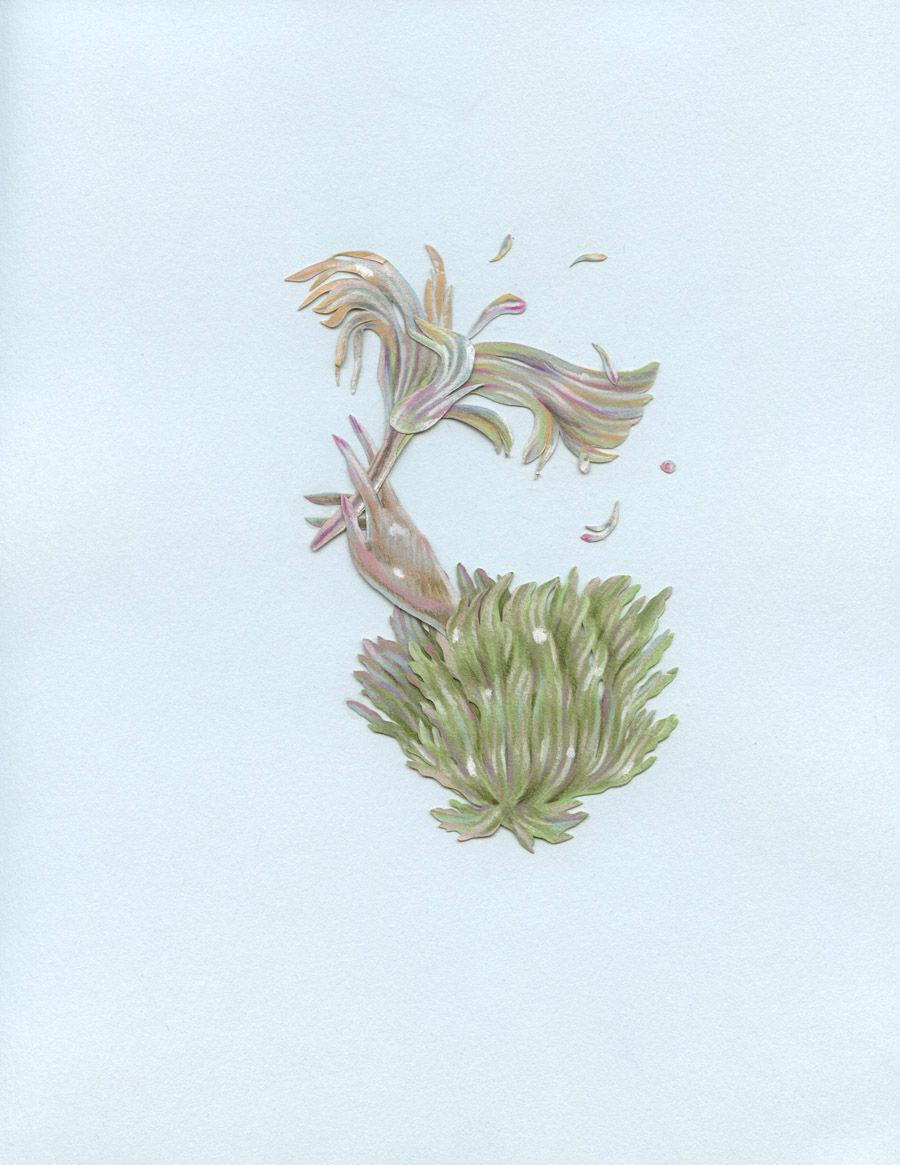 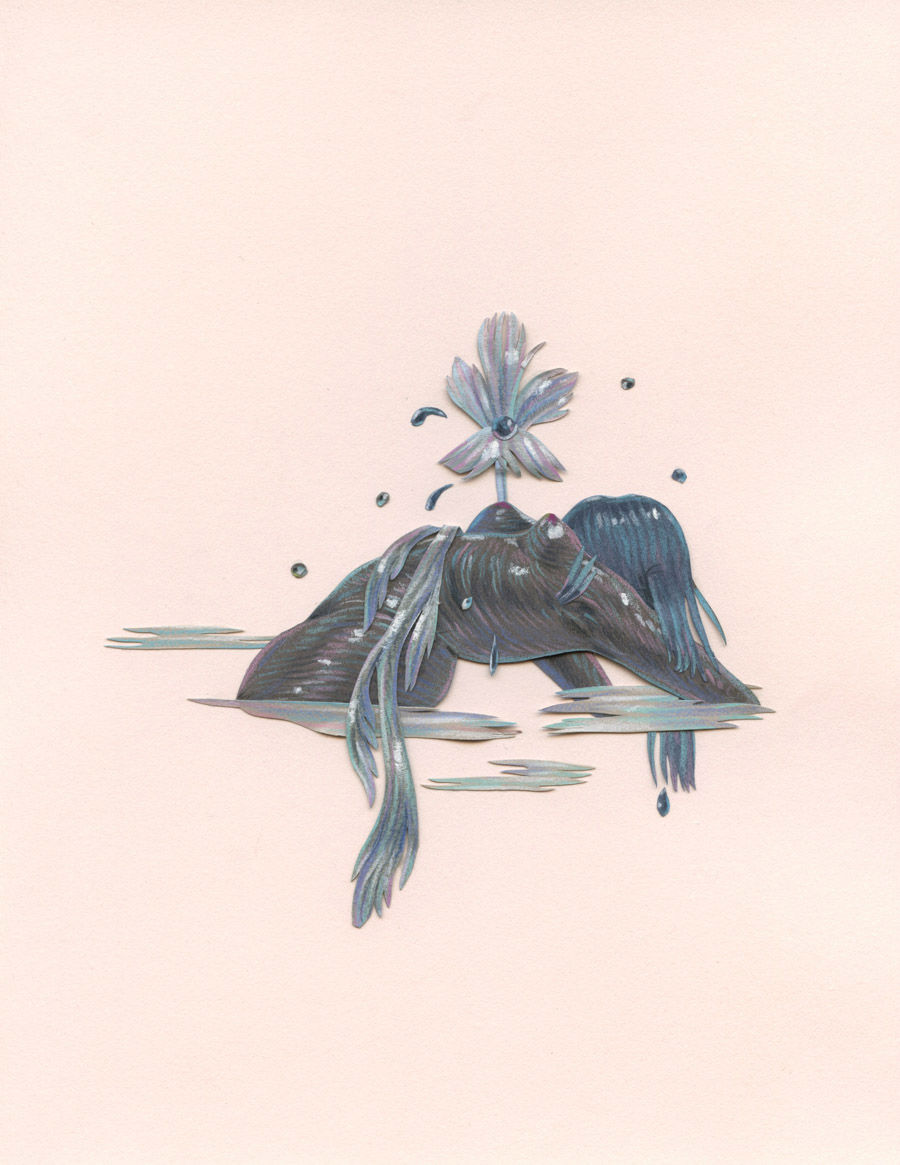 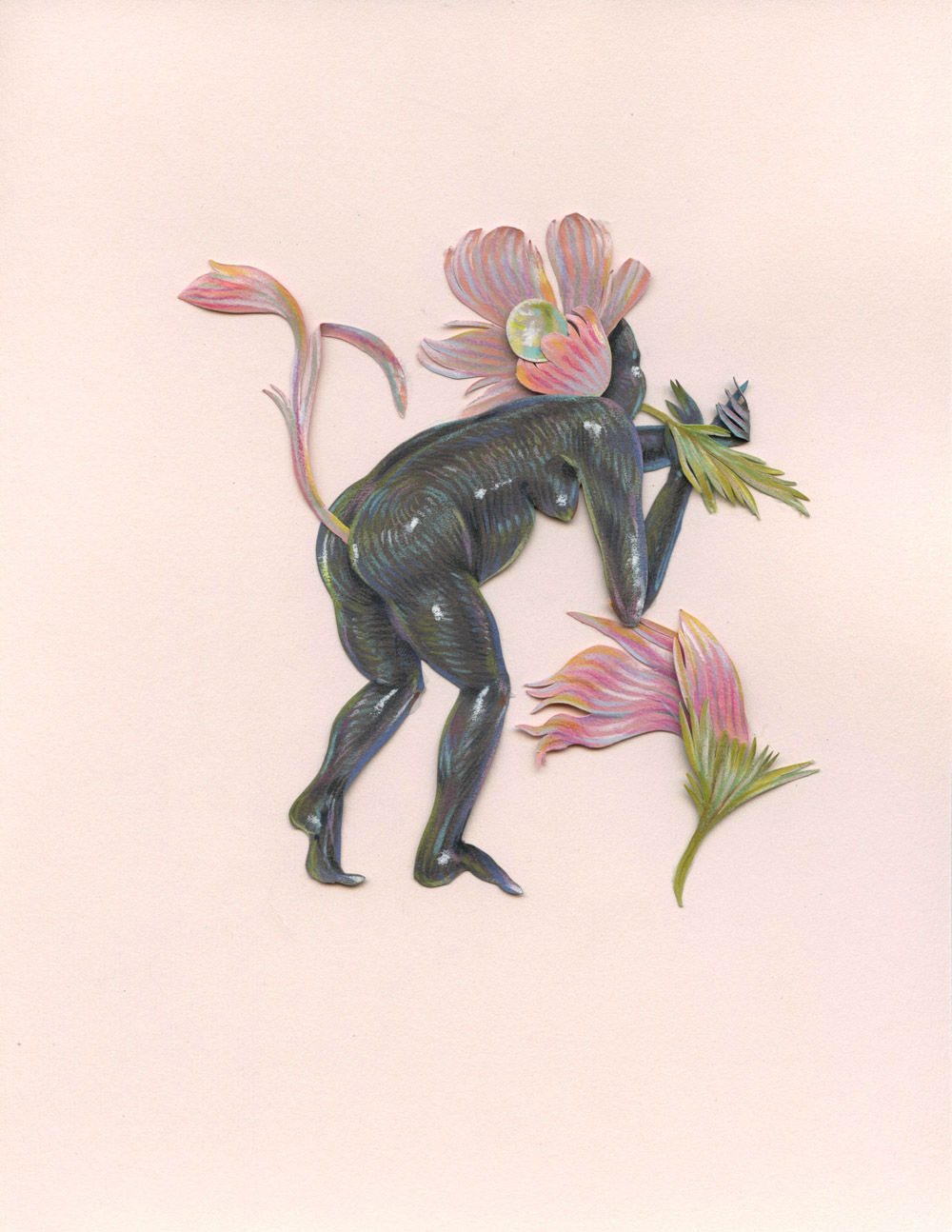 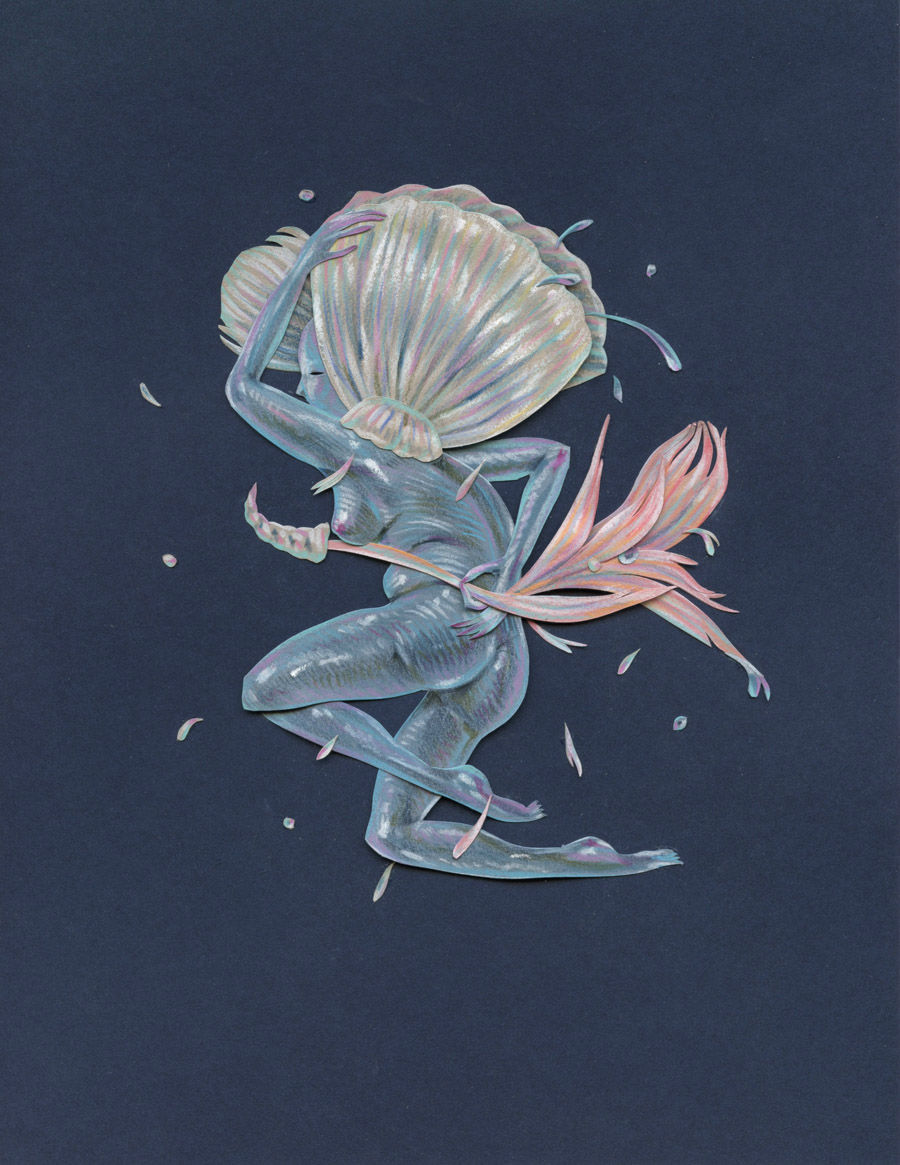 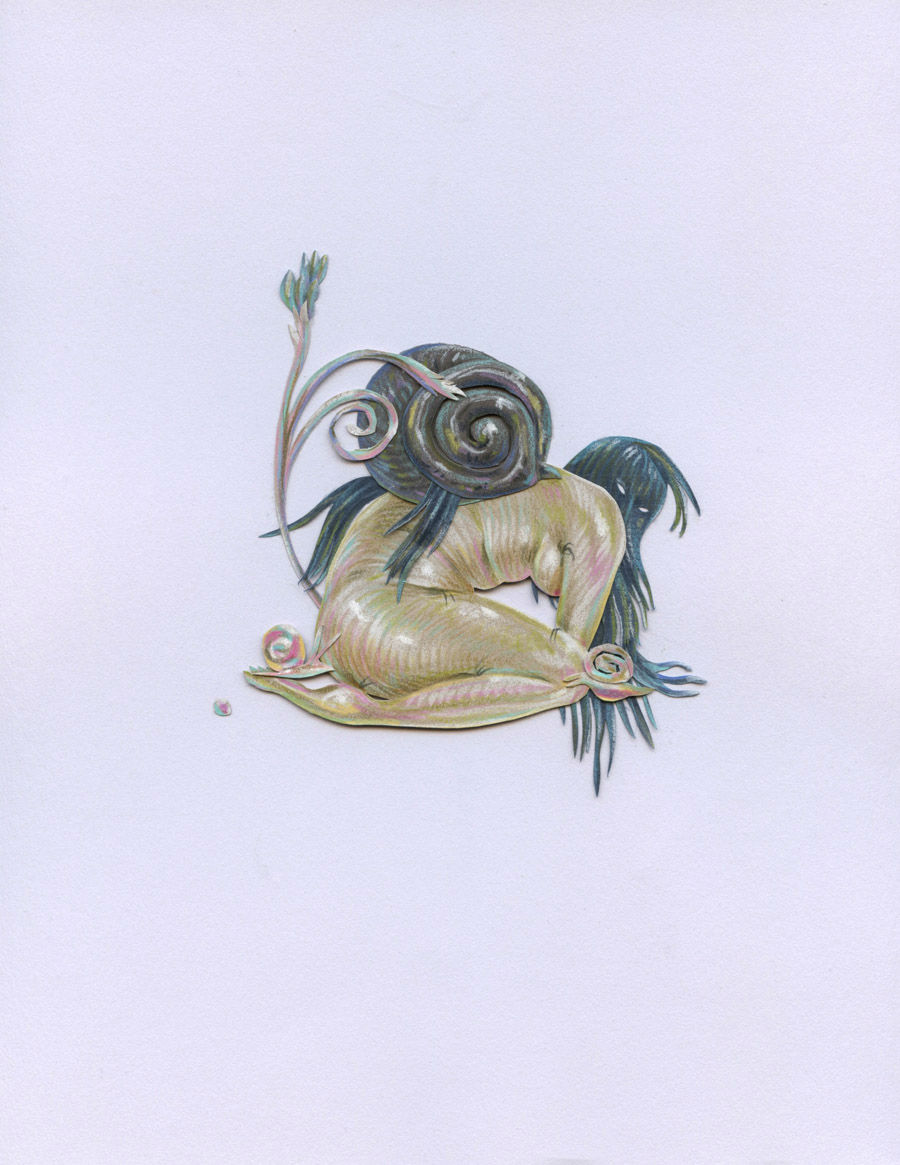 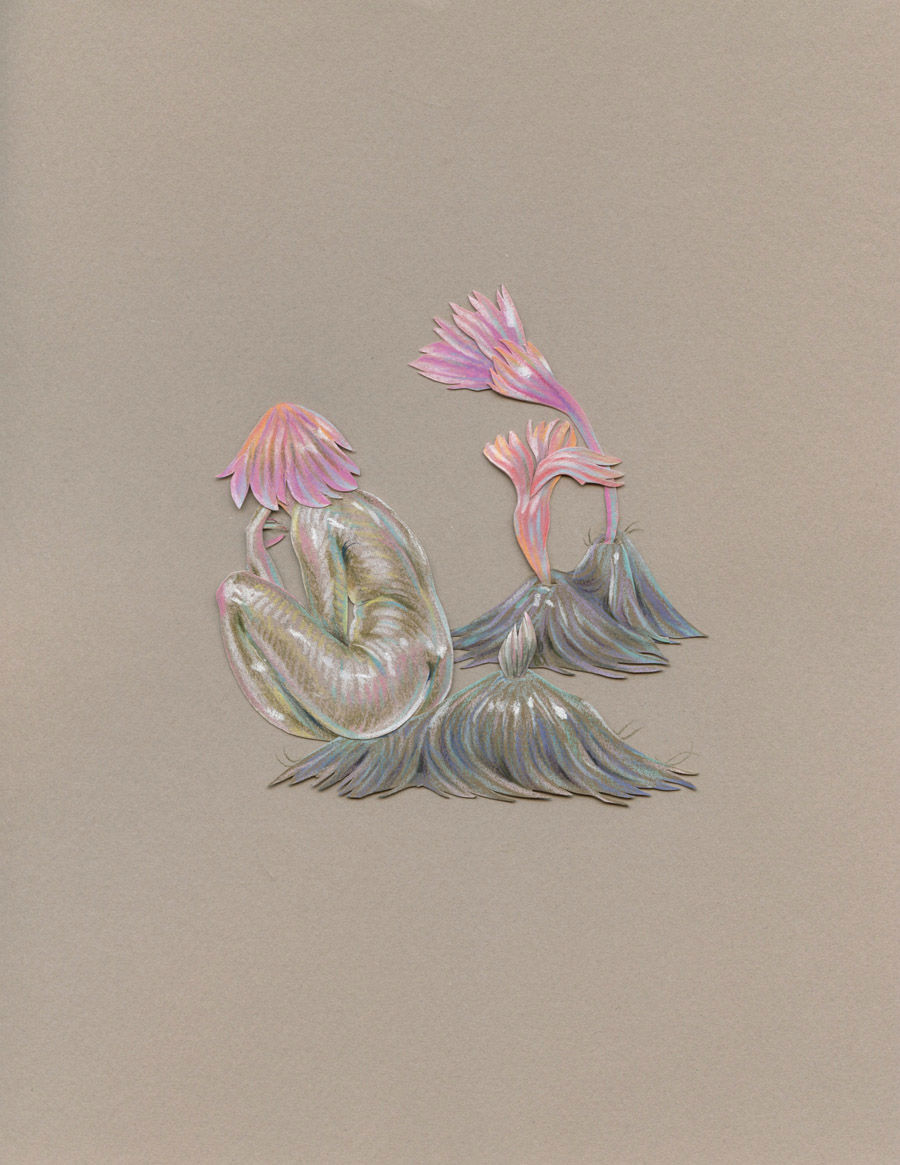 Bodies of Work explores issues surrounding the body and figure through the lens of four different artists. Utilizing a plethora of mediums, including painting, sculpture and paper, the exhibition seeks to flesh out concepts of self identity, sexual autonomy, perceived body image and the broader cultural influence on our physicality.

Read below for quick bios on each of the talented young artists featured in this upcoming exhibition:

Kate Klingbeil
(b. 1990) Kate Klingbeil is a multi-media artist currently living and working in Brooklyn, NY. Her work investigates self acceptance, relationship dynamics, and questions ideas of ownership placed on women's bodies. Her work combines printmaking, animation, sculpture, and ceramics. She graduated from California College of the Arts with a BFA in printmaking in 2012 and has attended residencies at ACRE projects and Kala Art Institute.

"I use humor to cope with living inside a body that is both sexualized and deteriorating. My experience of sexuality has been far from sexy- It’s often funny, uncomfortable, gross, performative. Growing up, I felt like a stranger in my own body, weilding a weapon that was dangerous and powerful but seemed to be losing parts left and right.I’m trying to shed the filter of the male gaze, but it is deeply imbedded in this society and my brain. In my work, I dissect the way my sense of self worth has been formed through advertising, porn, pop culture, and through relationships. I want to offer a new lens for which to view the female body. Making figurative work allows me to be more present in my body. My work doesn’t always offer solutions, but I do try to create worlds that hold pleasure and hedonism up, because I believe that experiencing joy in the current state of this world is almost an act of rebellion. Healing is the main goal in making this work.” 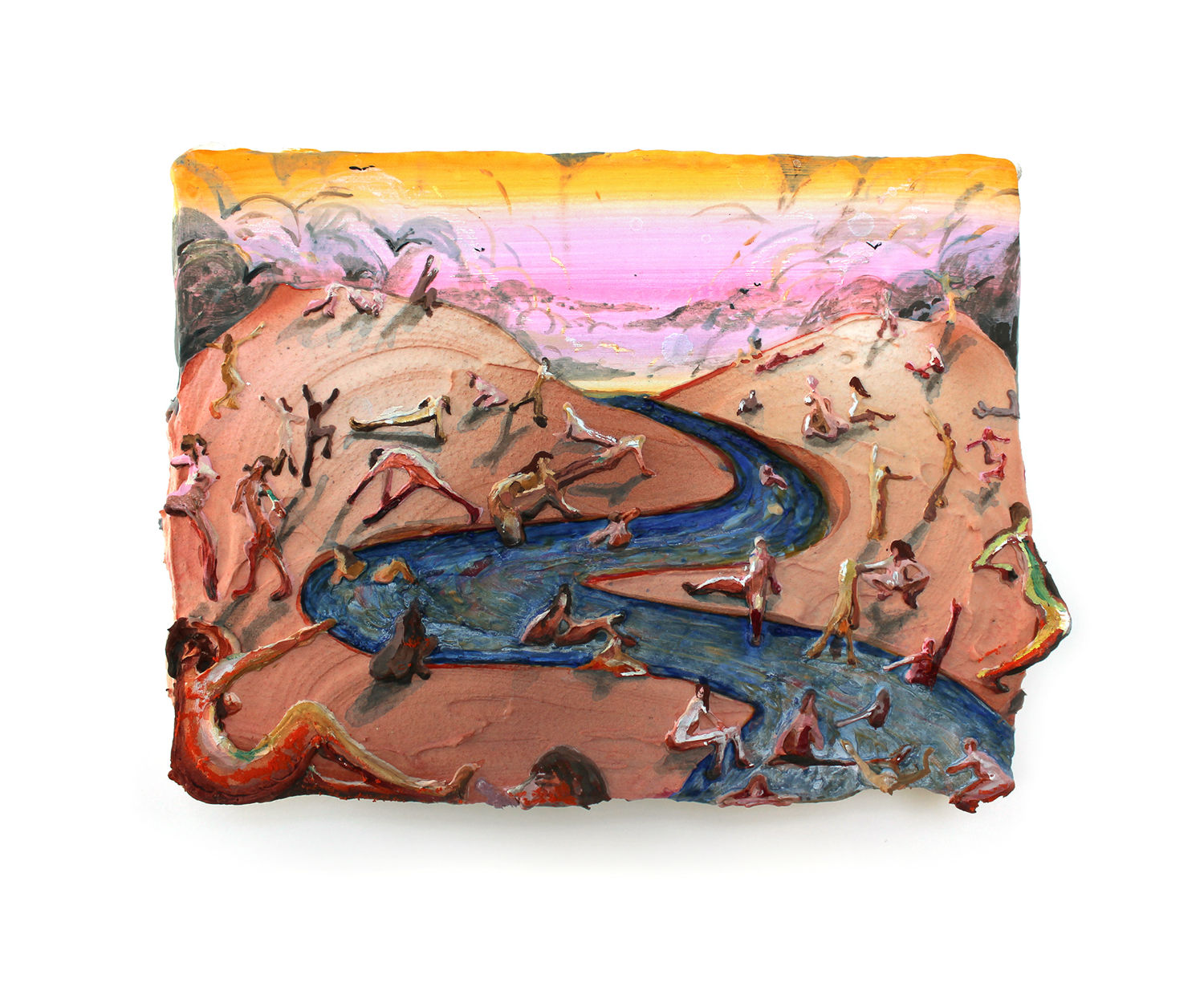 Winnie Truong
Truong was born in 1988, and lives and works in Toronto. She uses colored pencils in her art as a nostalgic and seemingly juvenile tool unrestrained by the complications of art history and adult life. Her large-scale drawings are an equal balance of visual and primeval experiences. Truong is a recipient of Ontario Arts Council and Toronto Arts Council Visual Arts grants. She has received numerous awards including 401 Richmond Career Launcher prize, W.O. Forsyth award, and BMO 1st! Art Award for Ontario.

According to the artist, her work explores ideas of “nature and anatomy, object and beauty.” Truong goes onto explain - “As my previous work on the subject of beauty and hair evolves, my recent drawings weave the female figure with familiar forms from the natural world. Inspired by the aesthetic and symbolic qualities of pearl, they transmute this hard gem beyond ornament.” 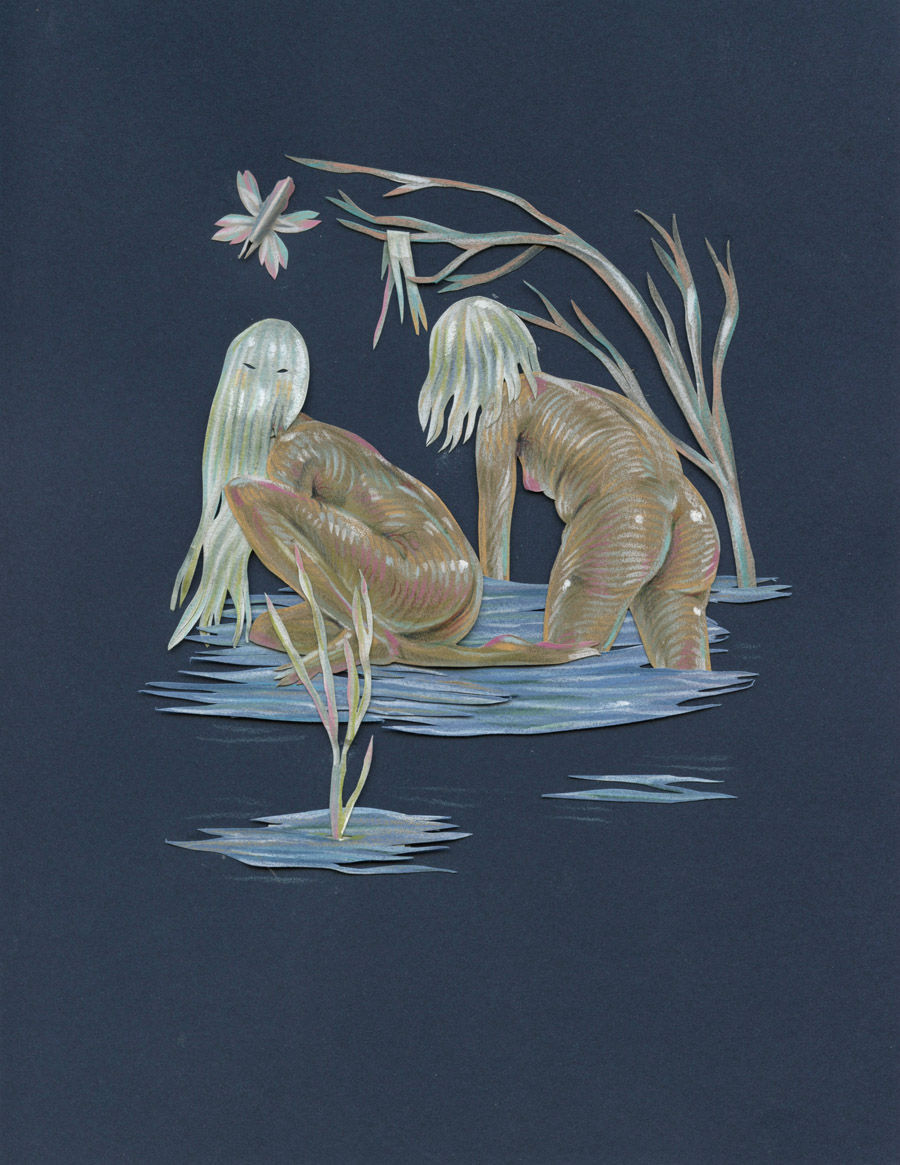 Rebecca Ness
Rebecca Ness Rebecca Ness received her BFA in Painting in 2015 from Boston University, where she also studied History of Art and Architecture as her minor. Ness is currently at Yale School of Art as an MFA Candidate in Painting/Printmaking, expected to graduate in 2019. She has completed the following residences: New York Studio School Drawing Marathon with Graham Nickson (2016), The Chautauqua Institution, Residency Program, Chautauqua, NY (2015), and Venice Studio Arts Program; Boston University; Venice, Italy (2014). She has been in numerous group exhibitions and collaborative performances. - Art of Choice

“I pursue painting about figures, but more specifically, about bodies — bodies in various states —- in purgatory, in solitude, interacting with other bodies, bodies in pleasure, bodies in awkwardness, bodies in labor. I’m interested in portraying the complexities and ambiguities, both visually apparent and internalized, that people encounter with respect to their bodies by themselves or in relation to other bodies. With an awareness of the limits and the endless possibilities of both the rectangle and the flesh body, I strive to make work that embraces those rules and limits while simultaneously subverting them.” 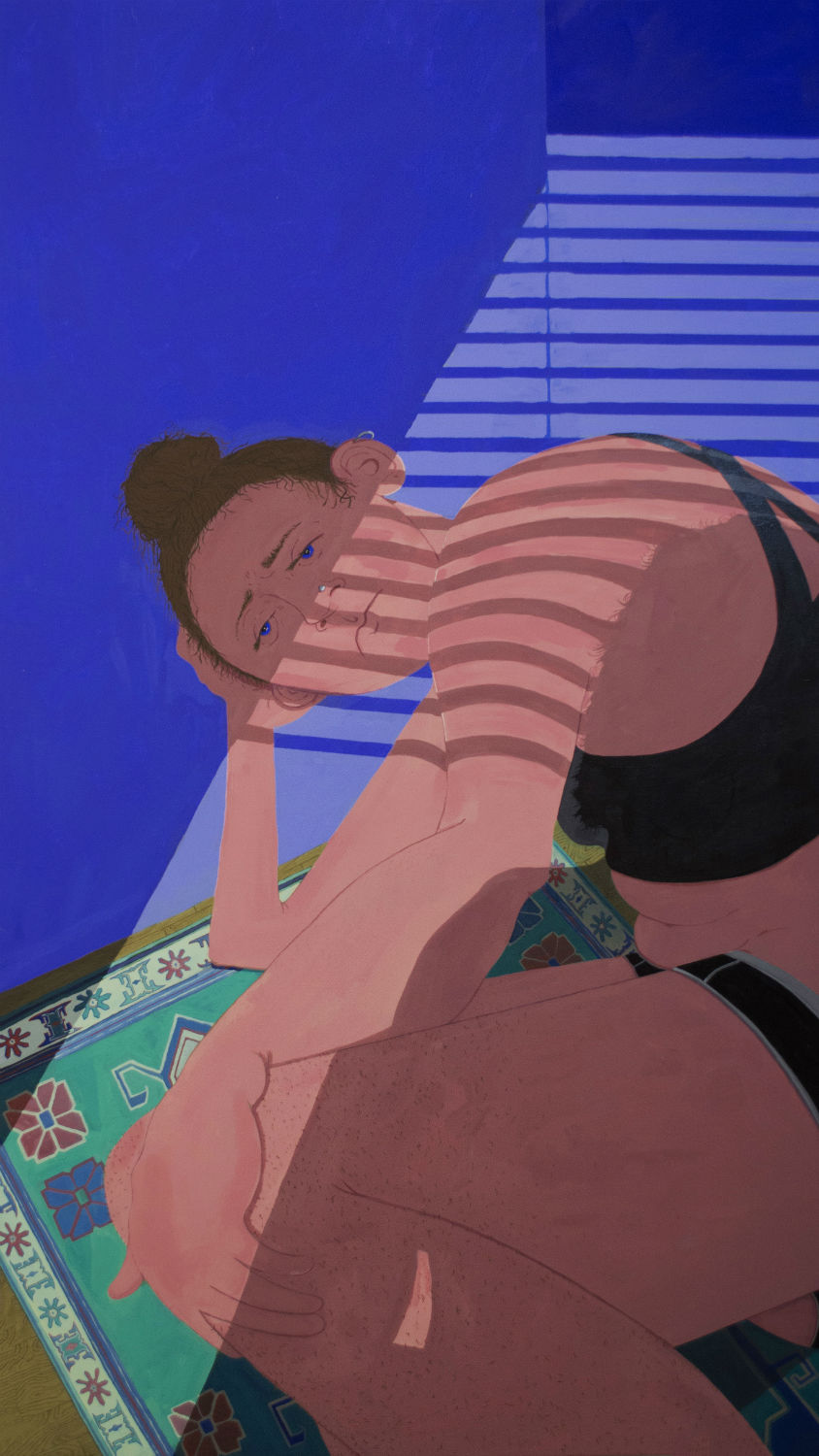 Maryam Yousif
b. Baghdad, Iraq. As a child of the Middle-East and an adult of the West, Maryam Yousif’s work reflects hyper geographical and cultural shifts as they vacillate between real and unreal psychologically charged spaces. Yousif unifies symbols and artifacts from her past in conversation with western contemporary aesthetic codes and pop culture hues. Her lines and compositions speak to a sense of childlike naïveté and intuitive decision making, transforming moments of uncertainty into new and beautiful spaces. Her characters reflect innocent caricature, all the while blatantly anxious and rife with uncertainty. The figures in Yousif’s work become symbols of potential in their own right, weaved into the odd language of her objects. - R/SF Projects 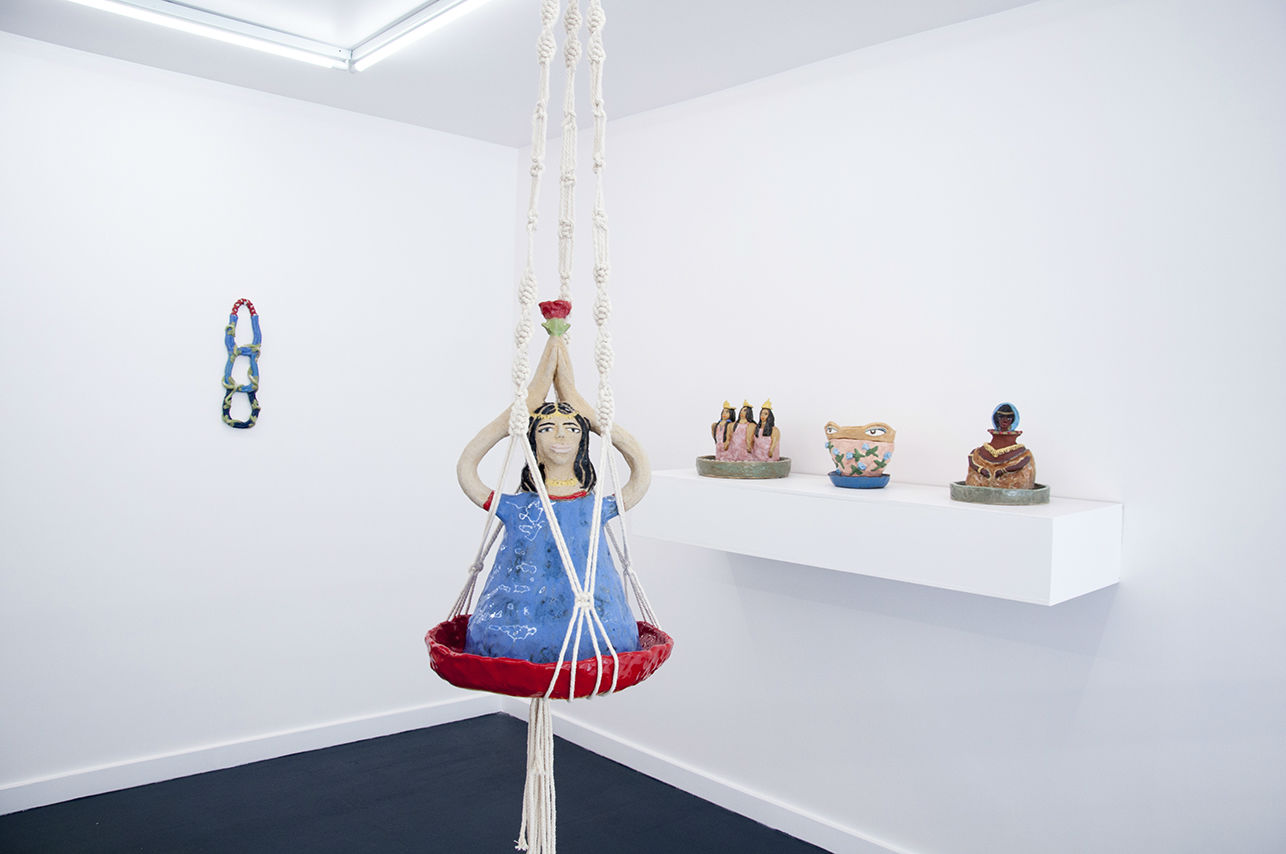 Be sure to check this show out on Saturday if you're in New York City!