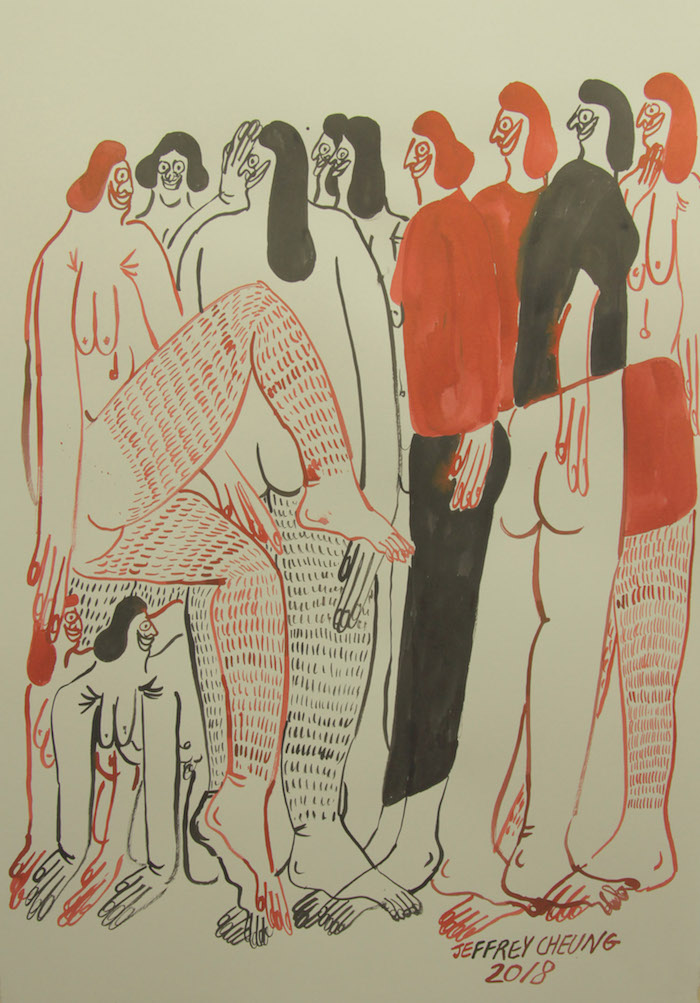 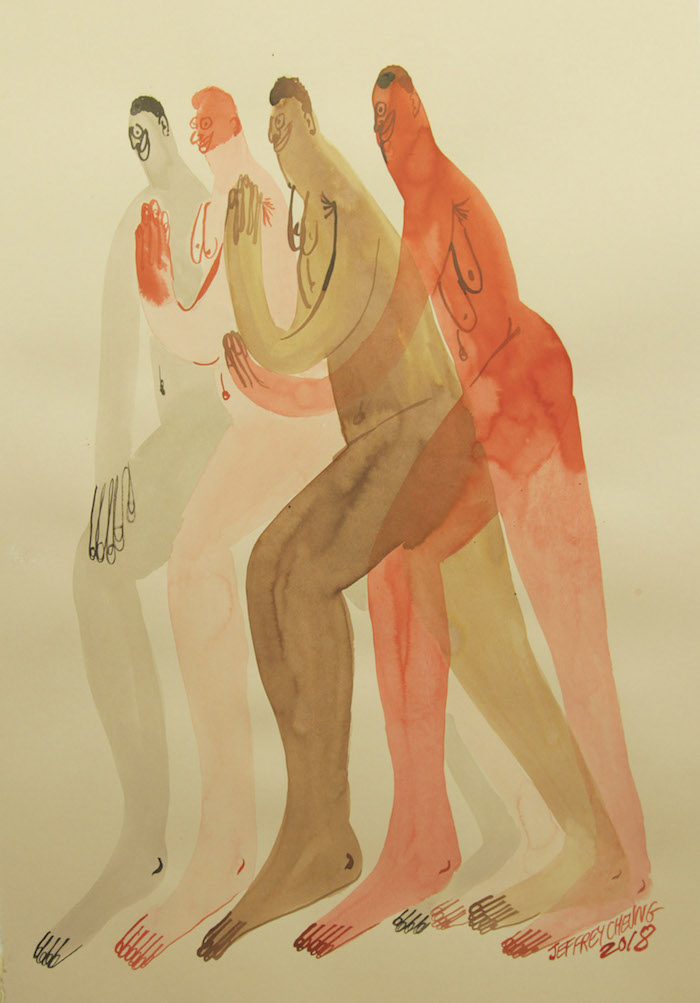 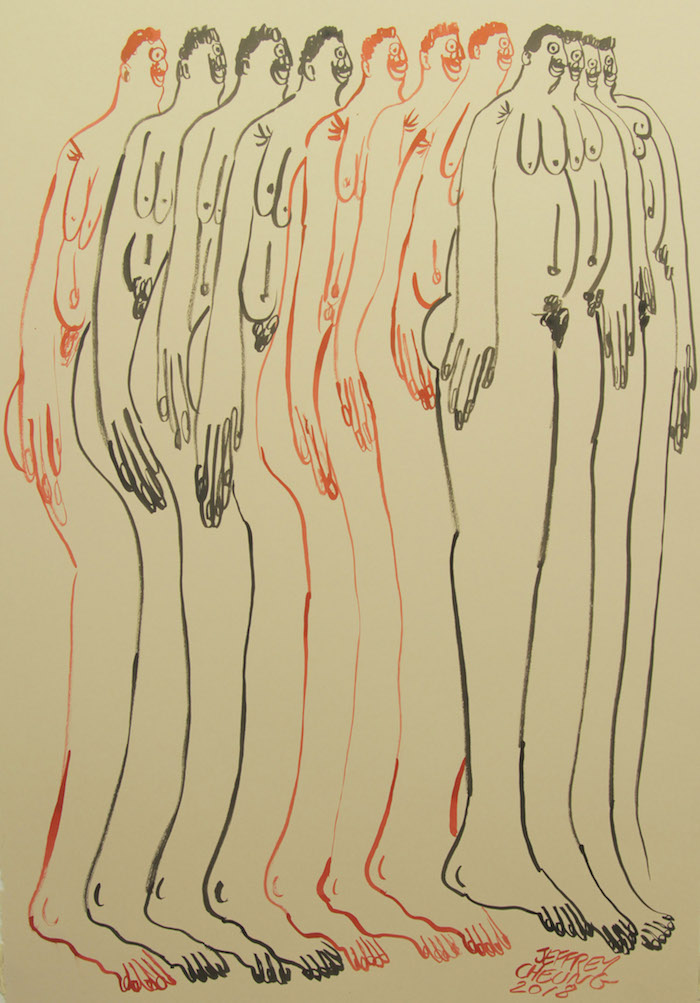 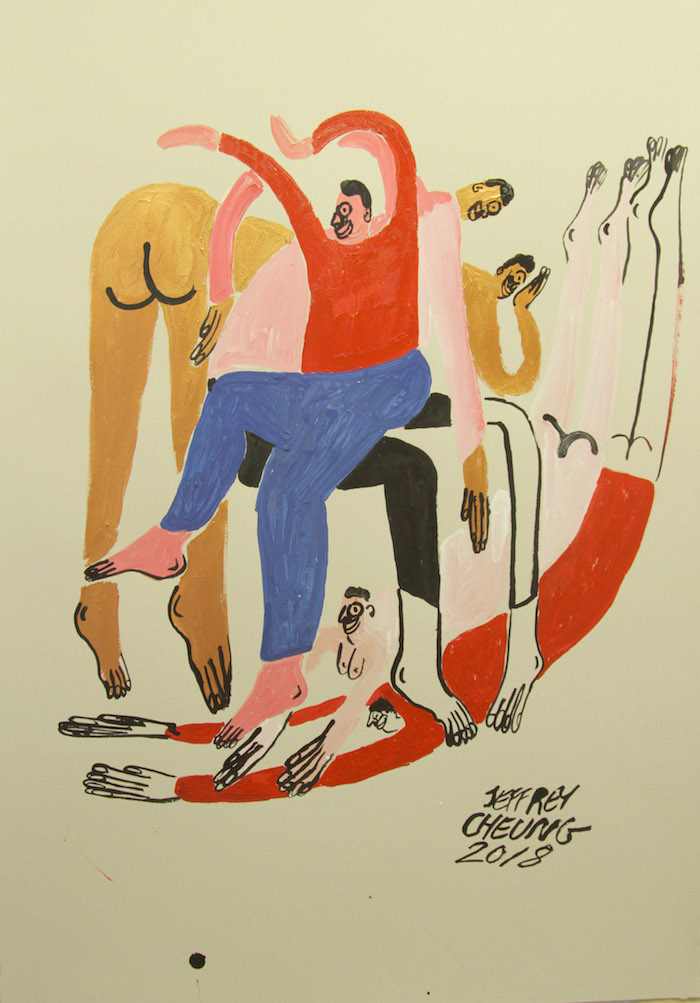 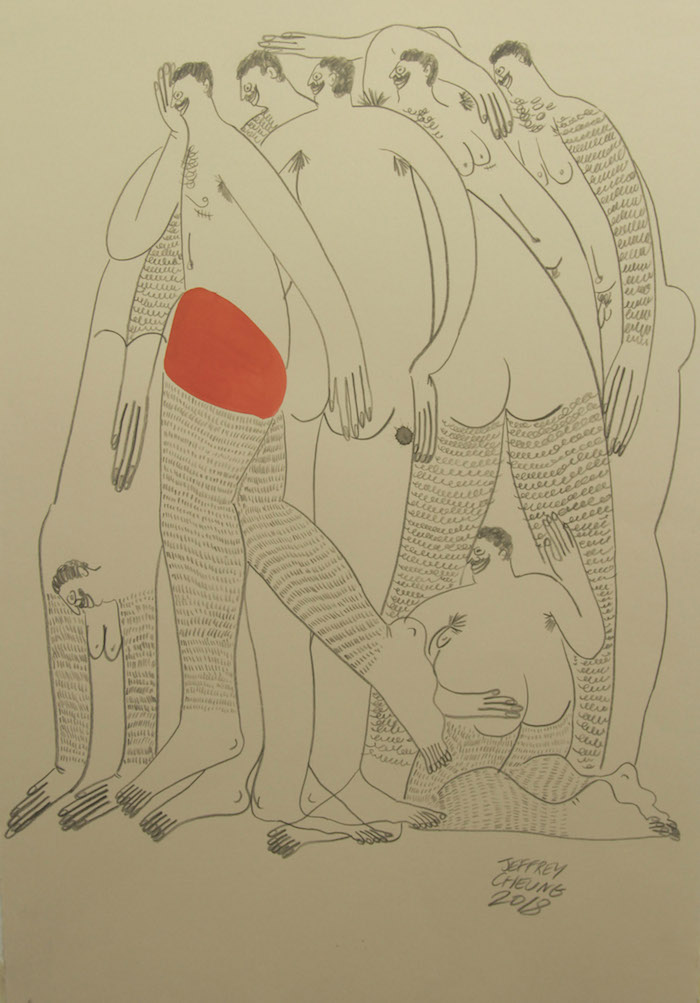 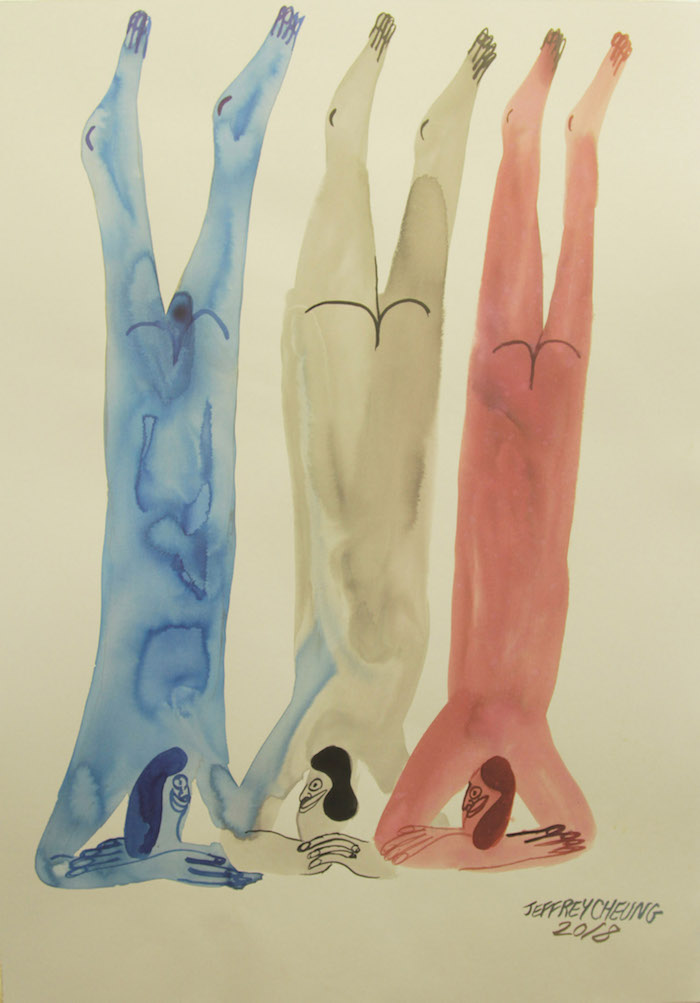 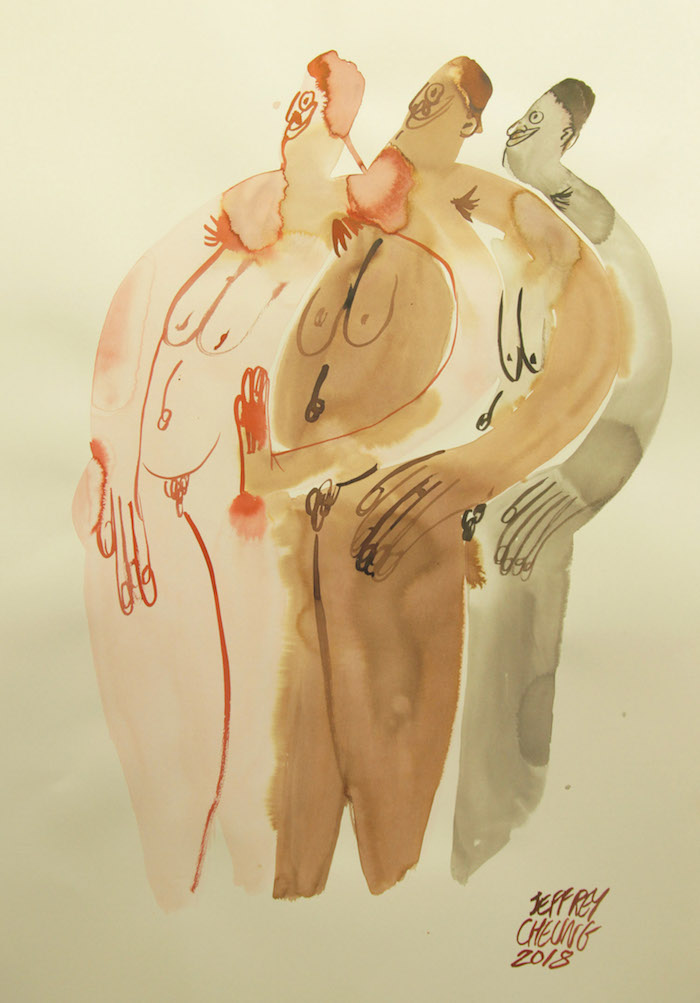 Our Amsterdam-based friends from Andeken Gallery just announced the opening of Jeffrey Cheung’s first European solo exhibition, Together, happening on September 28th, 2018. Consisting of some 15 works on paper, mostly done with ink, pencil or acrylic, the show will be a chance for the Oakland-based artist to present the work which gained him the reputation of an important young voice for QTPOC culture. Read our interview with Jeffrey Cheung from the Summer 2018 issue here.

Using intuitive, expressive and gestural visual language, Cheung has been painting and illustrating work that celebrates queerness through uncommon outlets such as skateboarding, music, and zines. Through his work, he created a moniker Unity, which is setting a new level of conversation for the marginalized members of those subcultures through projects like Unity Press, Unity Mart or Unity Skateboarding. Regularly playful, almost humorous illustrations, are often portraying groups of semi-clothed or naked men and women, constructing quirky creations with their bodies. Using the unpretentious aesthetic of unmediated ink drawings as his primary tool, the work has an exuberant and mischievous feel to it, often depicting both lady and man bits in simultaneously most explicit and most innocent fashion. Through such an approach,  Cheung is helping bridge a gap to make activities he is passionate about, more inclusive and welcoming to the queer and trans community, women, and people of color. —Sasha Bogojev